Egypt - preparing for the African finale

If you want to experience stress for some strange reason, I suggest working as a taxi driver in Cairo! The traffic here? Wow!! However intense traffic is what you can expect from a mega city with 20 million people, who all need to go, wherever they need to be.
Crossing the road in Sudan's capital Khartoum can be a daring adventure. Crossing the road in Egypt's capital Cairo is always a daring adventure! You get used to it pretty quickly though and even the fastest of cars appear to slow down for pedestrians if only you're bold enough to step out right in front of them. It's a bit of a gamble though. Nada is a journalist at SpiralMag (www.spiralmag.net/?p=8849) who wrote a piece about the Saga back in September 2016. That already feels like a thousand years ago to me and it was great to finally meet her face to face in Egypt. After walking about in Cairo's streets for a while on a quiet Friday morning, Nada and I met up with two more "SpiralMag'ers" near the by now world famous Tahrir Square. Sara and  Mado joined us inside the Egyptian Museum and took great care of me. 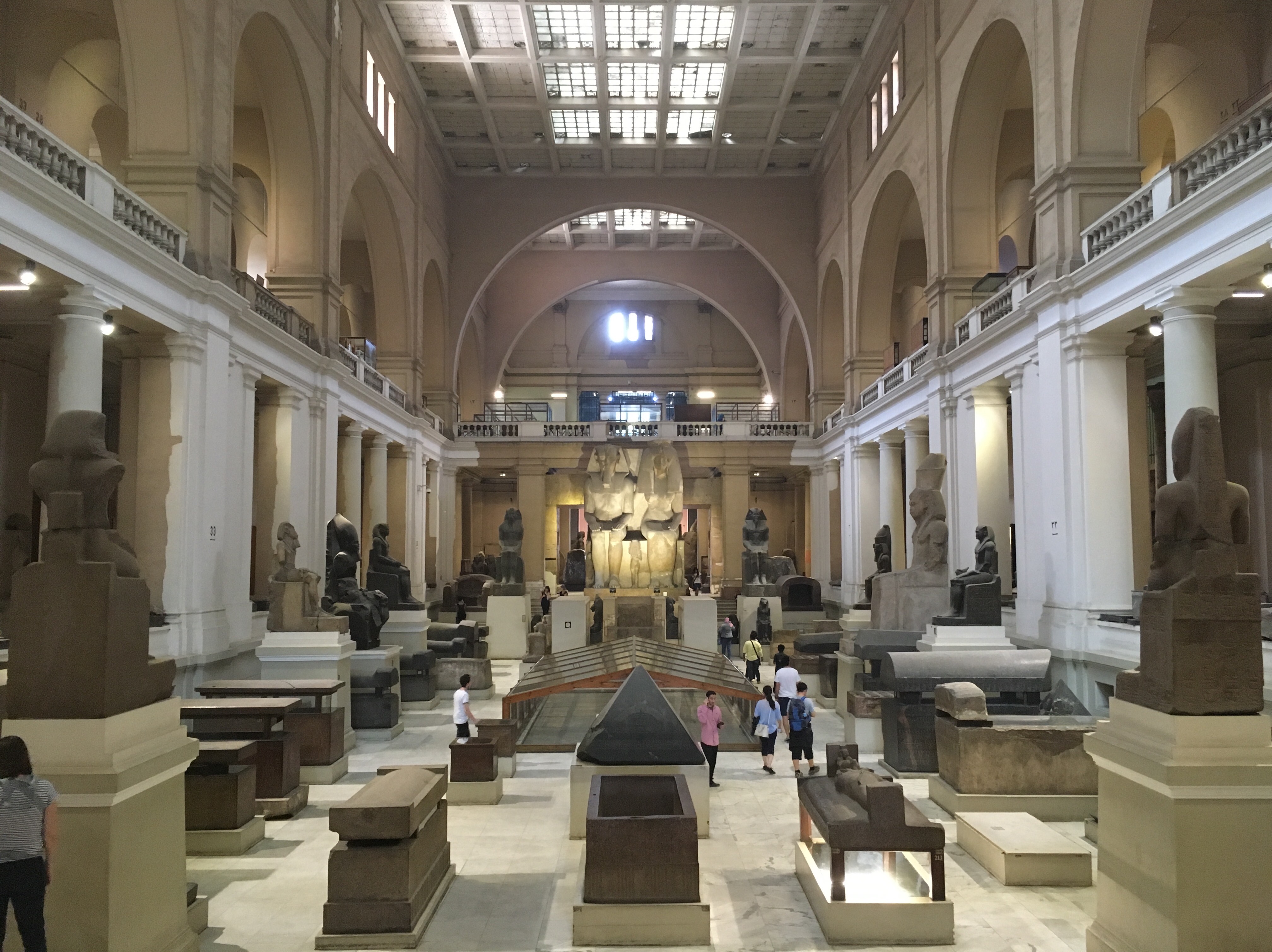 If you ever found yourself wondering if there ever has been at time when there wasn't a great divide between the poor and the rich...? then the answer is probably: never! Tutankhamen is by the way not famous for his achievements. He became famous as his tomb was discovered completely untouched! The Egyptian Museum is remarkable. 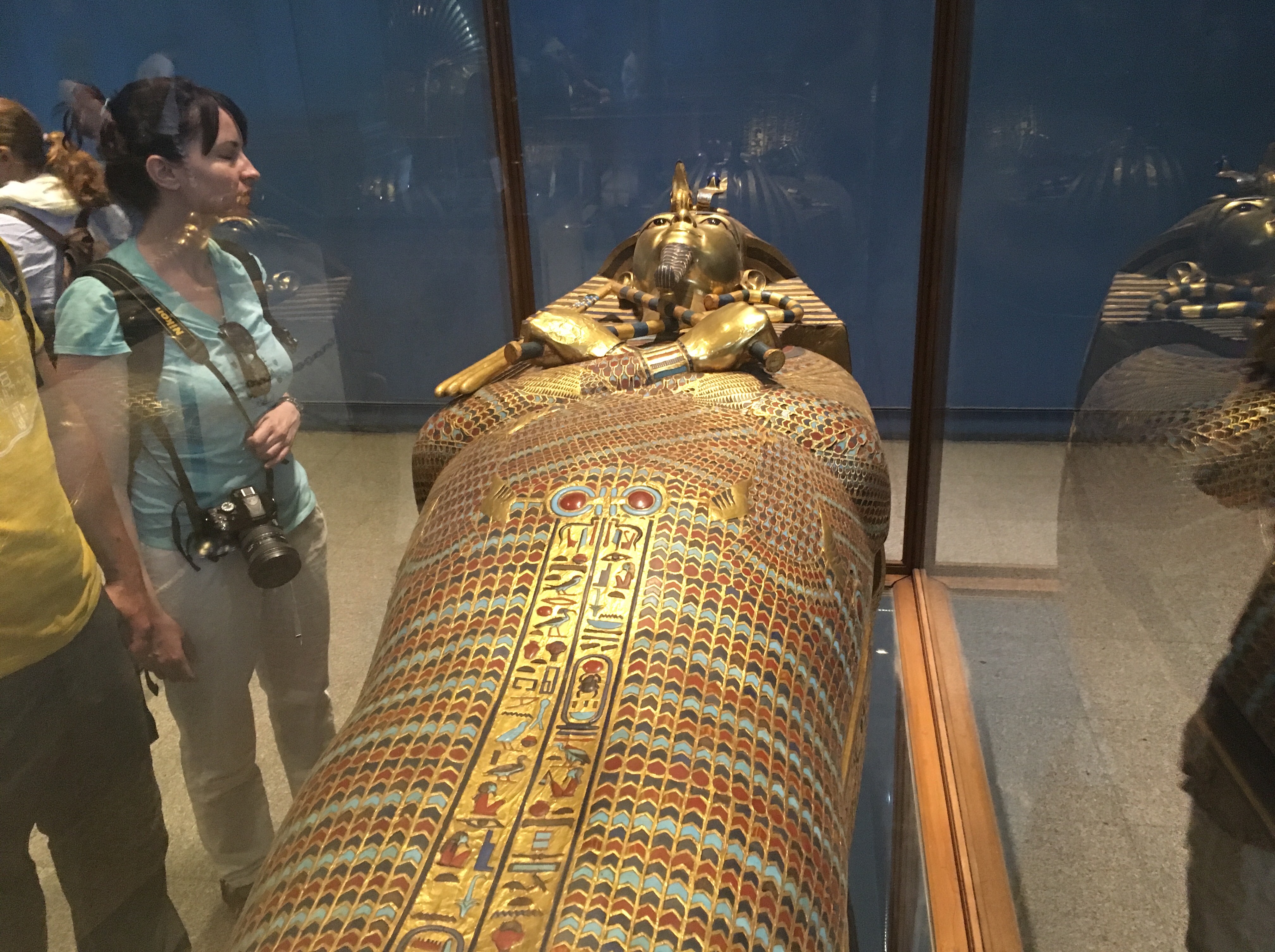 Egyptian hospitality as I have discovered does not bow its head to other countries. Egyptian hospitality is at the worlds very finest. However, as Egypt is famously known for spectacular tourism it's also a great place to exploit tourists. And tourist are exploited every day until they grow wiser. Nonetheless mixed between those who wish to exploit there are all of those kind and good hearted Egyptians who want to be kind and fair to you. It's nearly impossible to tell who is who, but the good hearted ones are the majority. If you're hanging around tourist sites, they might become the minority though. "Hey there, do you have a moment" and "special price for you" are however strong indicators of who's not interested in you as a visitor ;) 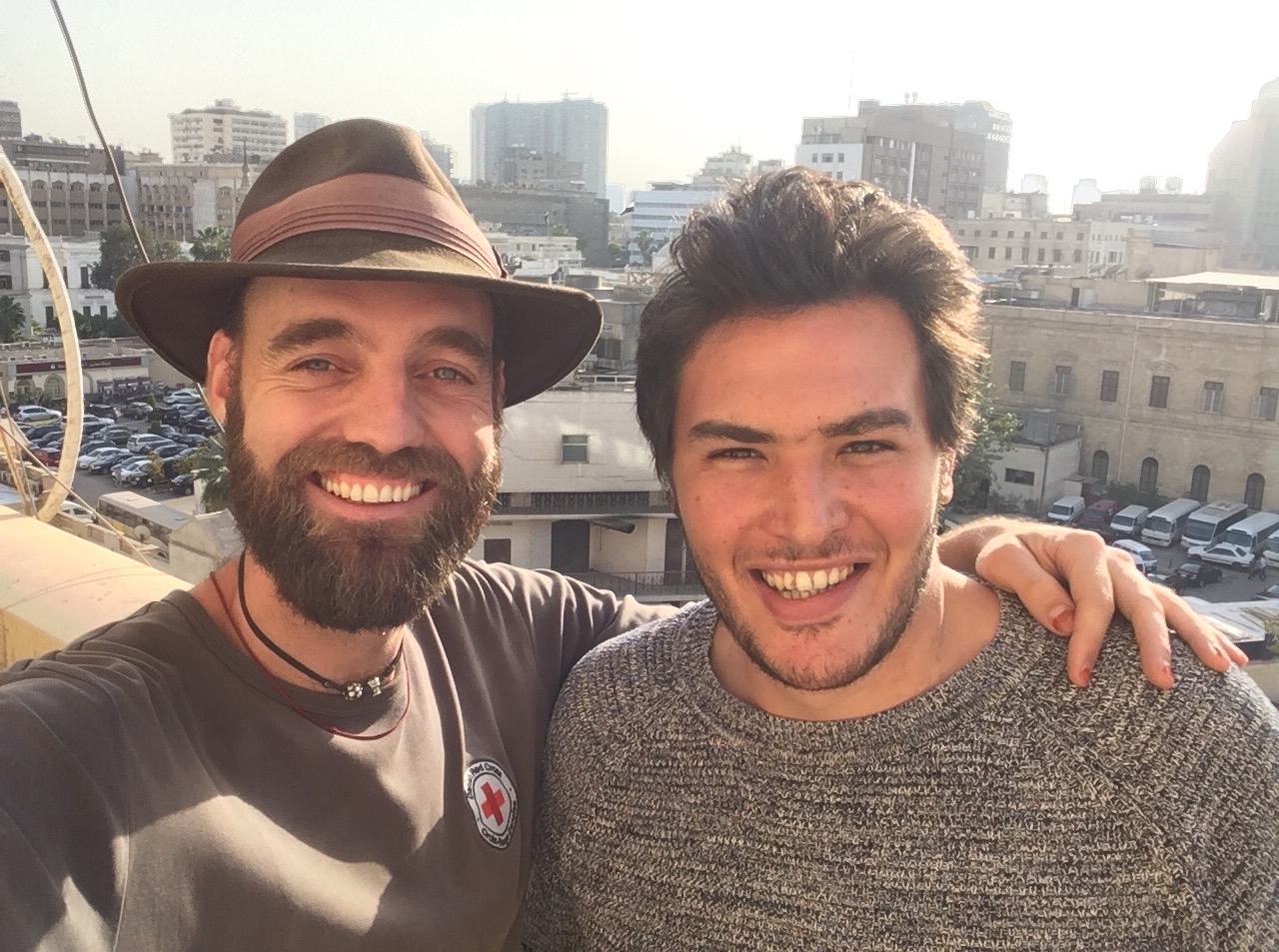 Hatem, whom I met in Sudan, set me up with his friend Aly in Cairo (picture). 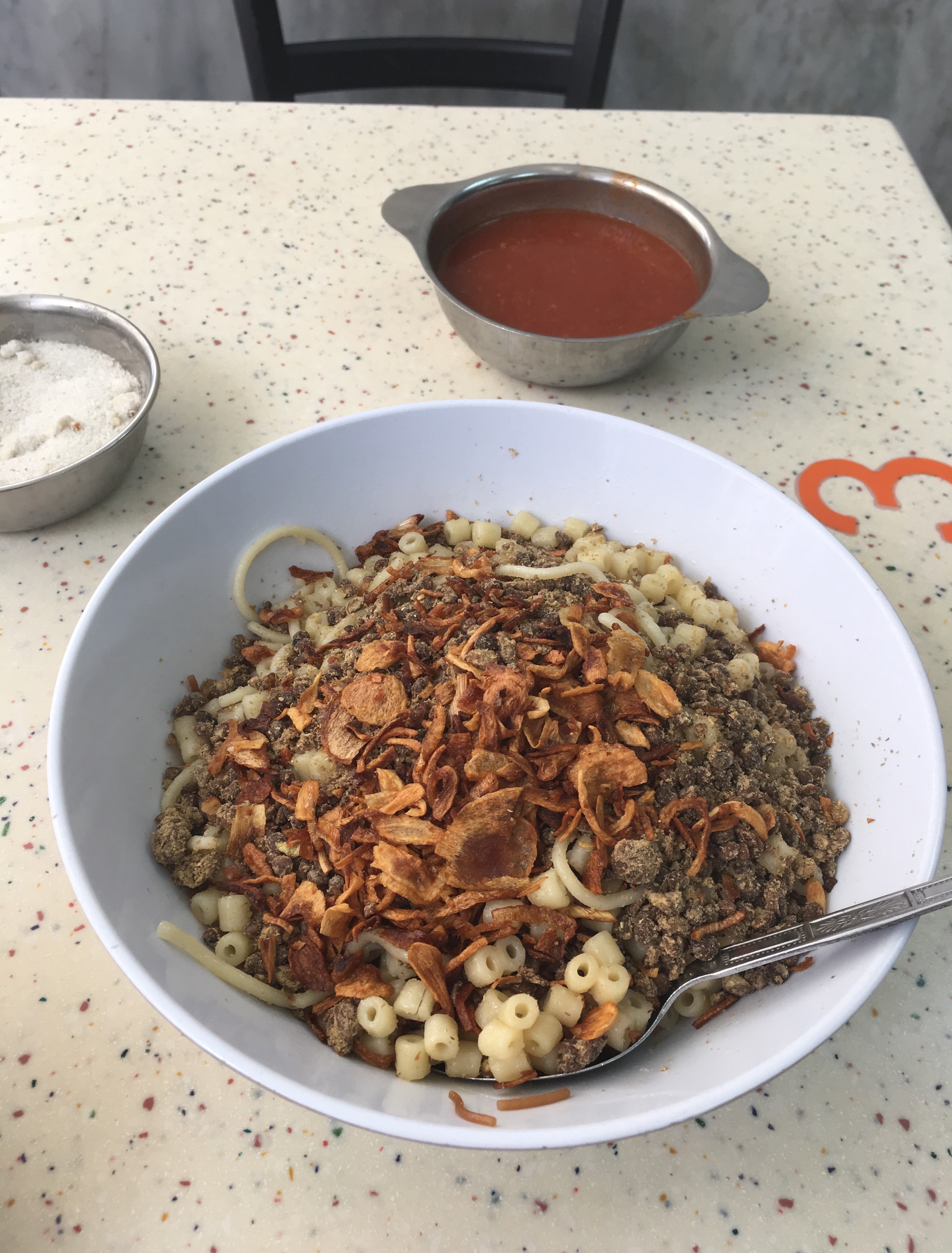 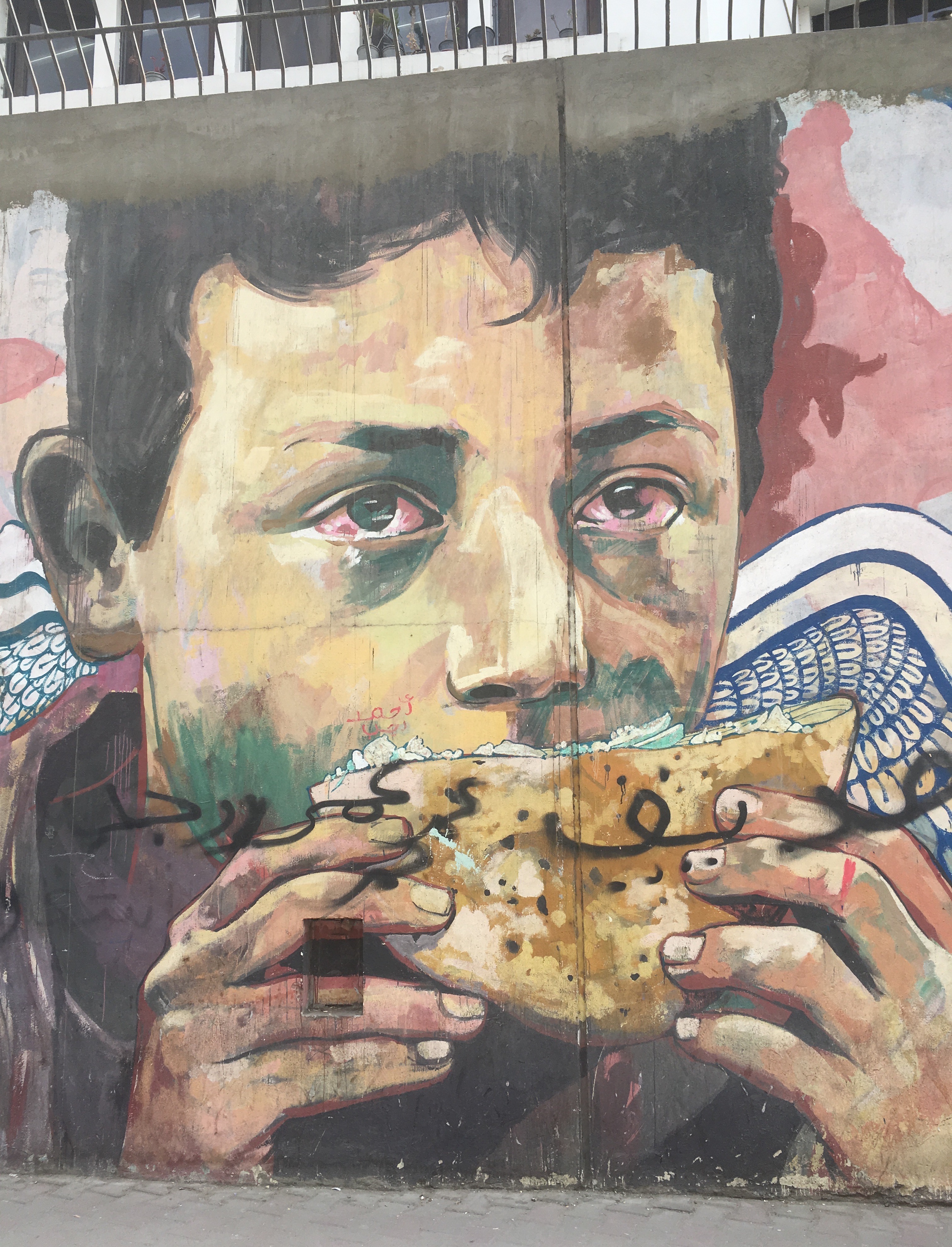 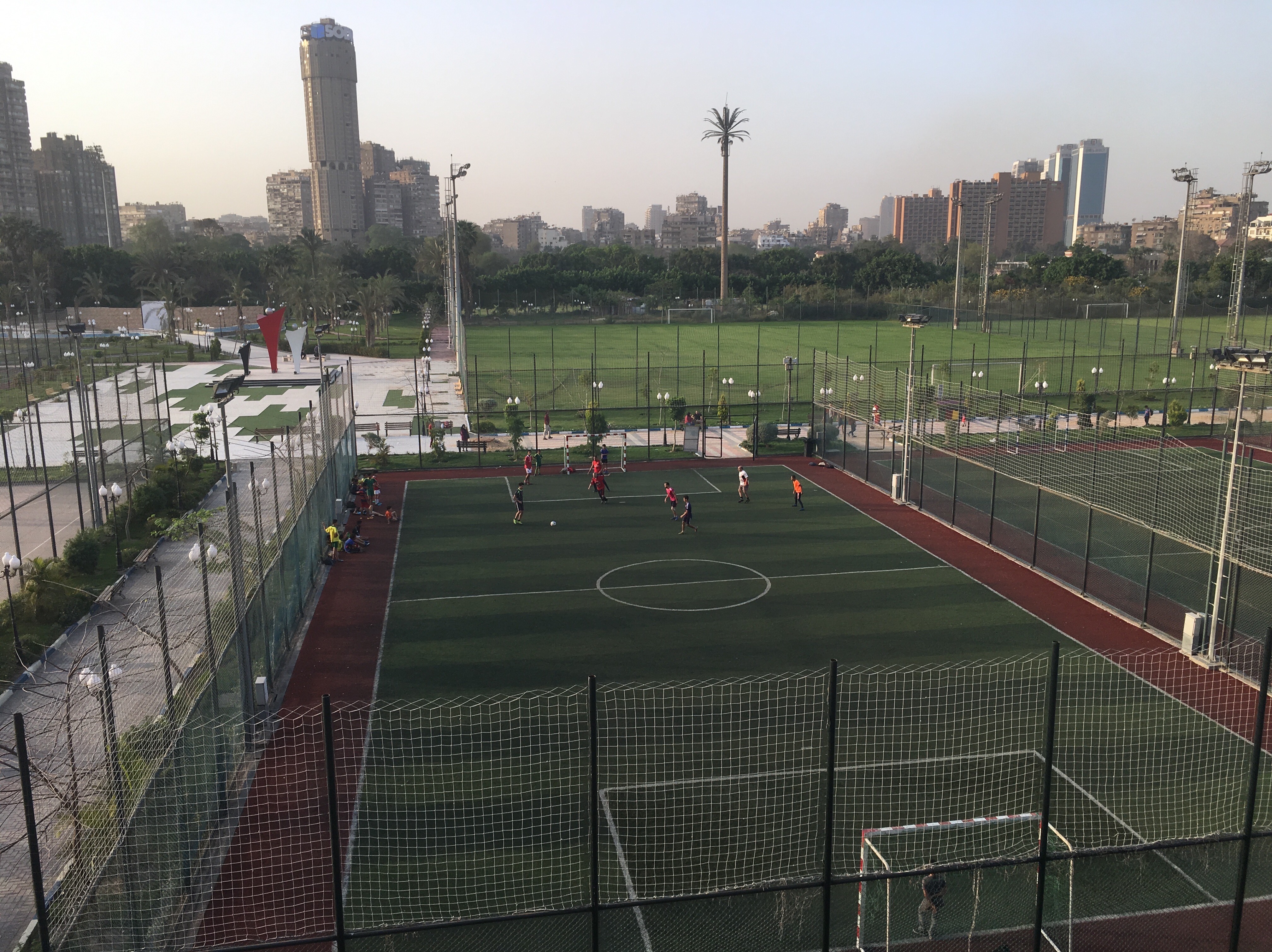 When you walk about in the streets you pass thousands of people and they are just like you and I. You don't pay attention to them. They are just there like the people you cue behind at a metro station or sit next to on a bus. Those are people with deep concerns, wonderful children, daytime jobs, upcoming exams, broken hearts, Facebook profiles, great ambitions, love in their eyes, 40 years of marriage, dental problems, perfect health, vacation plans and all of that stuff...people are just people and Egypt has 100 million of them. 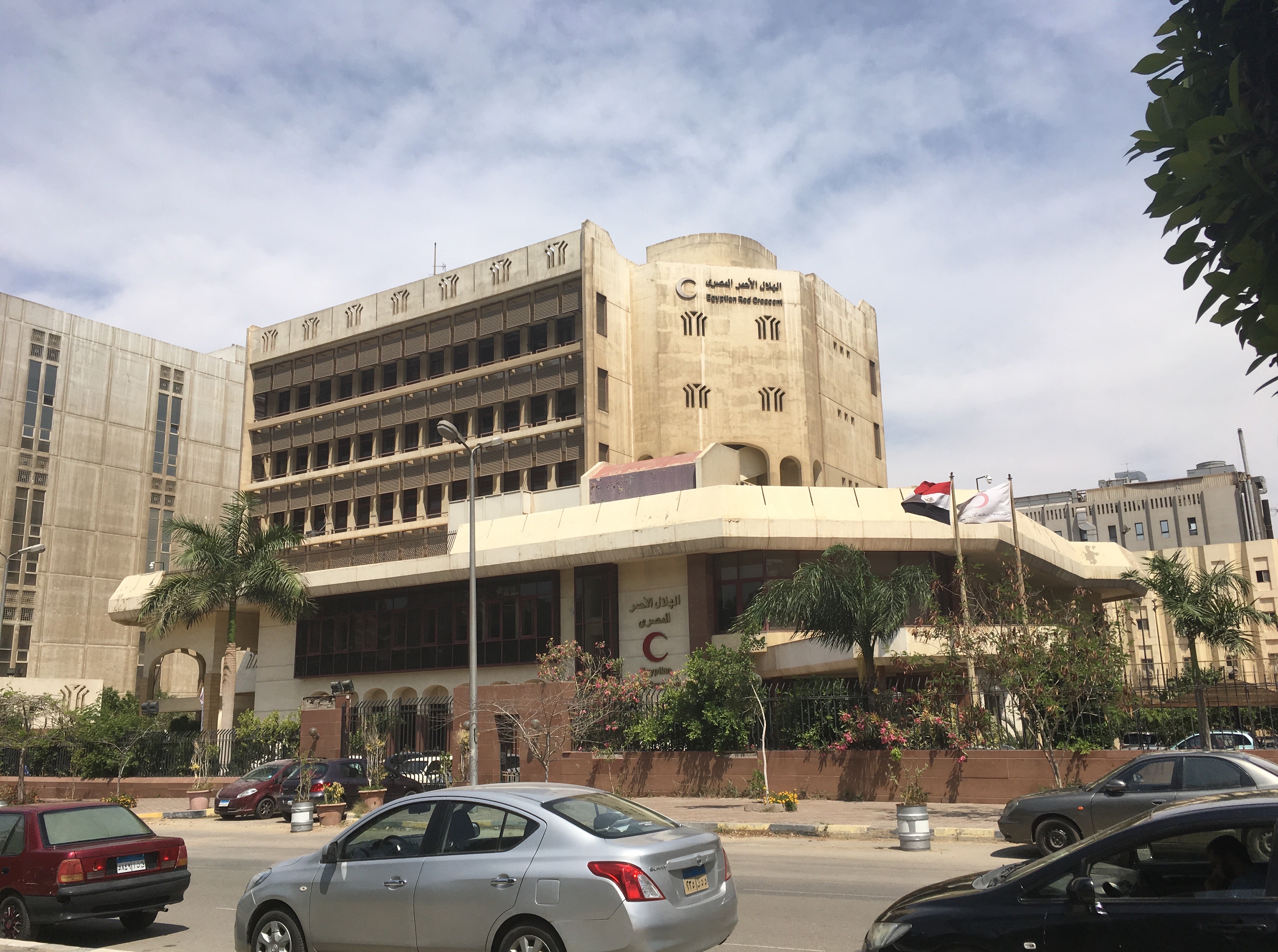 Headquarters for the Egyptian Red Crescent.
Eventually I made it out to the Egyptian Red Crescent which by the way are doing a spectacular job. Specifically I noticed they have managed to integrate large populations into new surroundings, which is something my dear own country mismanaged years ago. I'm not getting into details about that today but suffice to say: the RC is always present. 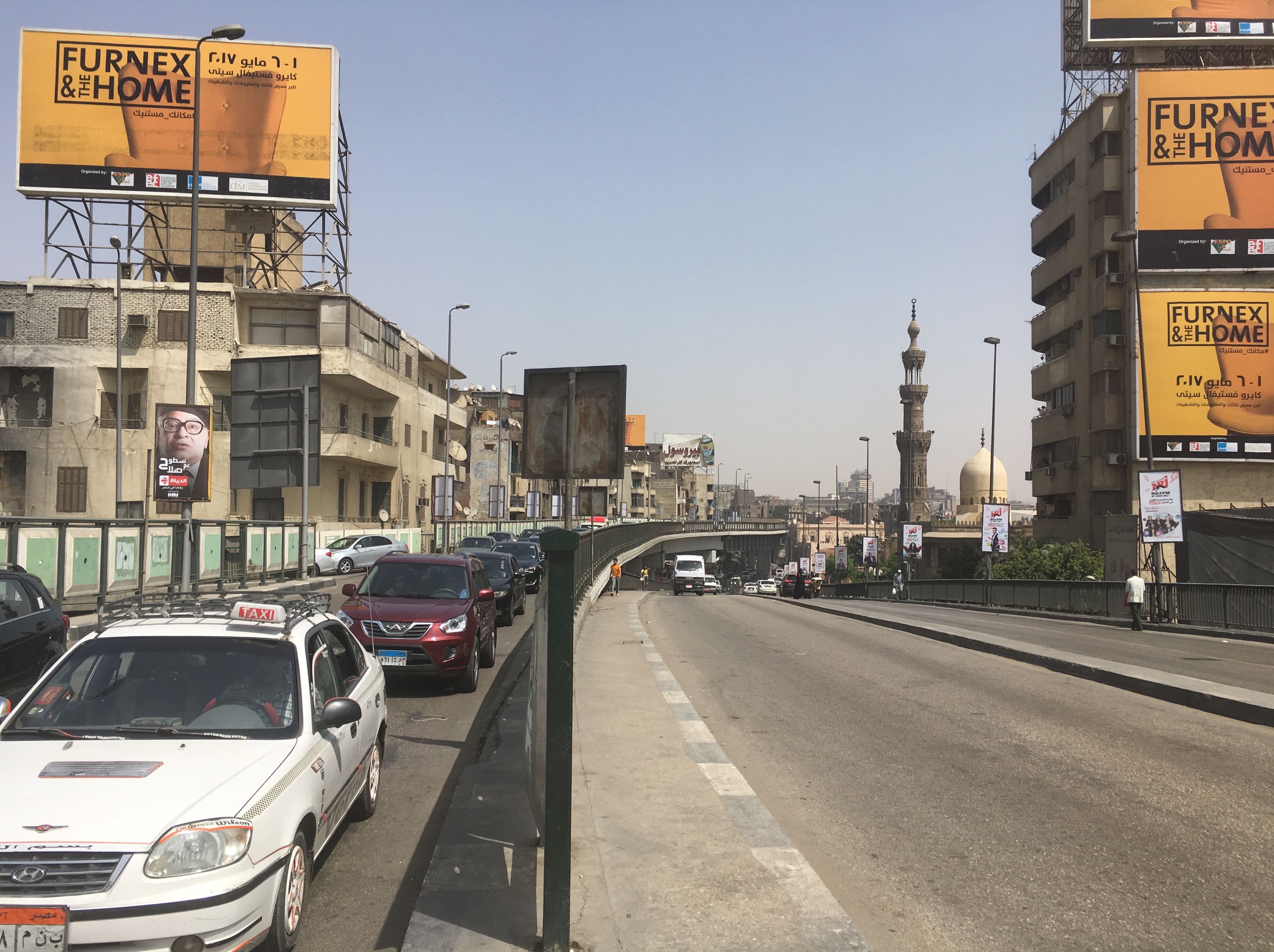 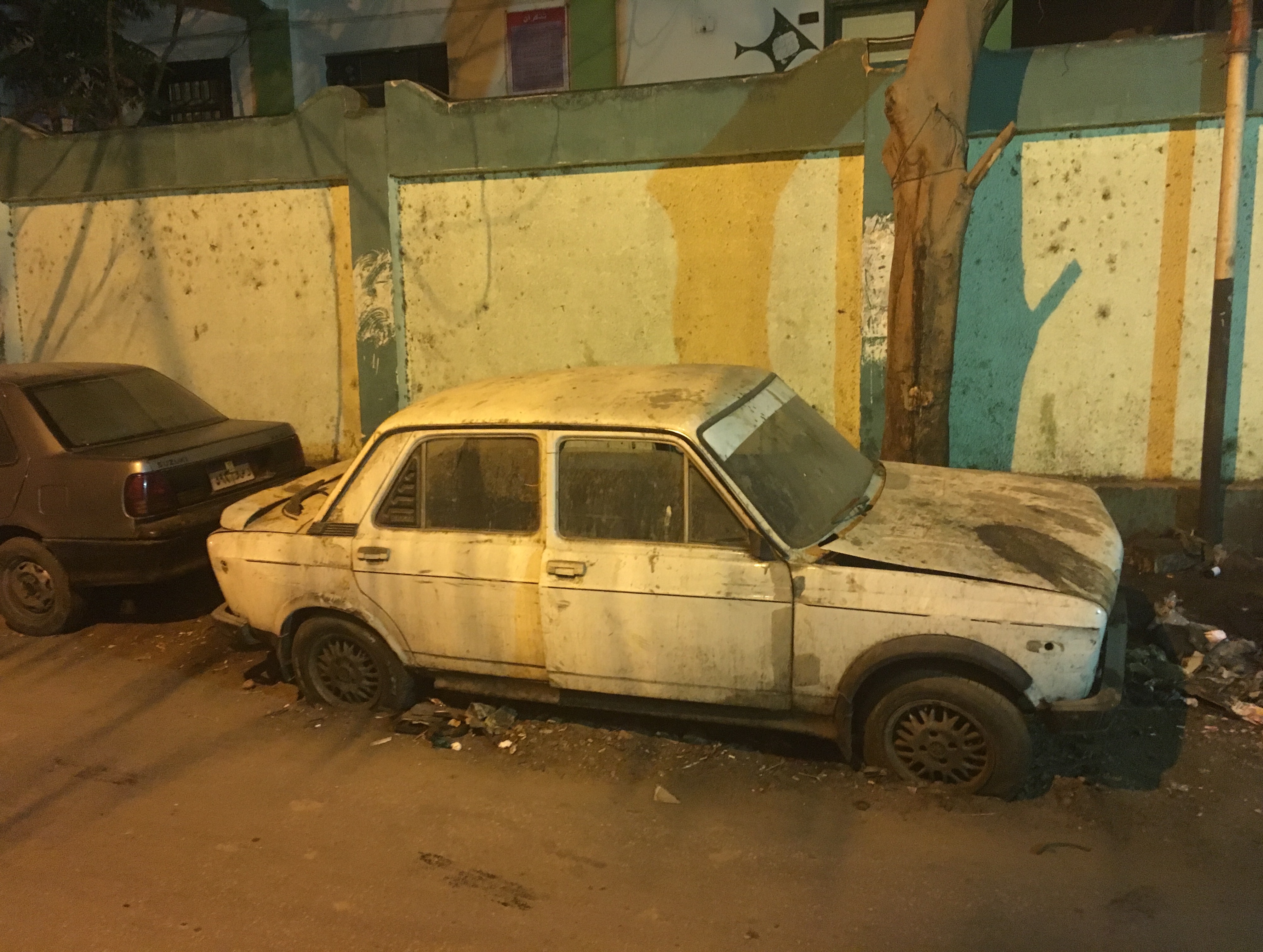 As much as I love Egypt I'm not ready to give these people any credit for managing time according to a 24 hour day. 10am certainly does not mean 10am, and 2 hours is not at all 2 hours in most cases. It's not a matter of right and wrong. It's a matter of difference and things find their own way to get done. Time however merely appears to be a guideline and I do find that it's a little worse for an "anal" North European like me here in Egypt, than it has been in most other countries throughout Africa. Perhaps that's just because I expect more from Egypt? I mean...Egyptian society has been developing for thousands of years and it's as modern as any western country you can think of in certain regards. Egyptians appear well educated and worldly, which might be due to the high influx of foreign investors and visitors. That surely sounds plausible to me. Perhaps it's all about assuming; I heard from several french travelers in Western Africa, that although they speak French as a common language there is much to be misinterpreted in conversation. The general way of thinking is simply different while the common language lures you into a belief that "we are all the same". Returning to the topic of time I can say with confidence that very few countries around the world give time the same importance as North Europeans. The vast majority of our planet is quite easygoing with regards to time. I'm not. However I do always have a good sense of where I am and which culture I'm embedded in so that I can maneuver with efficiency in respect to my own time. A final word in time would be that I feel like I'm running out of it. I would really like to see the light of the end of the tunnel for the Saga. There's still great use for a torch... 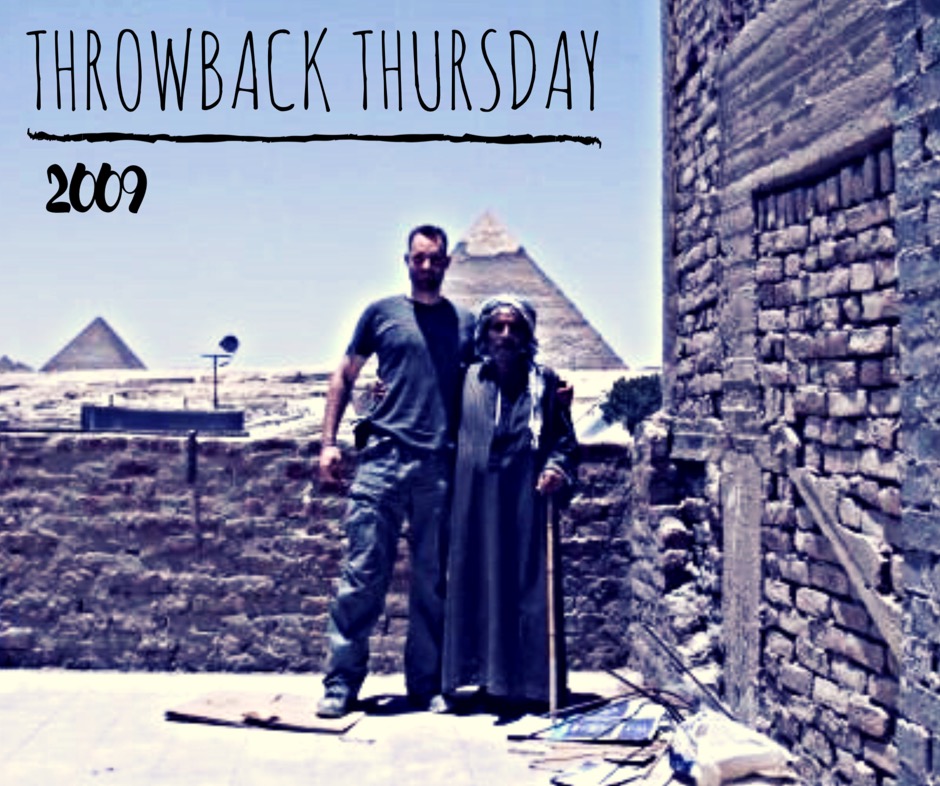 This is is my 4th visit to Egypt. I don't think I'll go to the pyramids this time.
My stress is also derived from being so close to the end of visiting all of Africa. So close and yet so far. The high of having completed the "Cape Town to Cairo" portion wore off in a matter of days. I guess that wasn't as important to me as I thought. 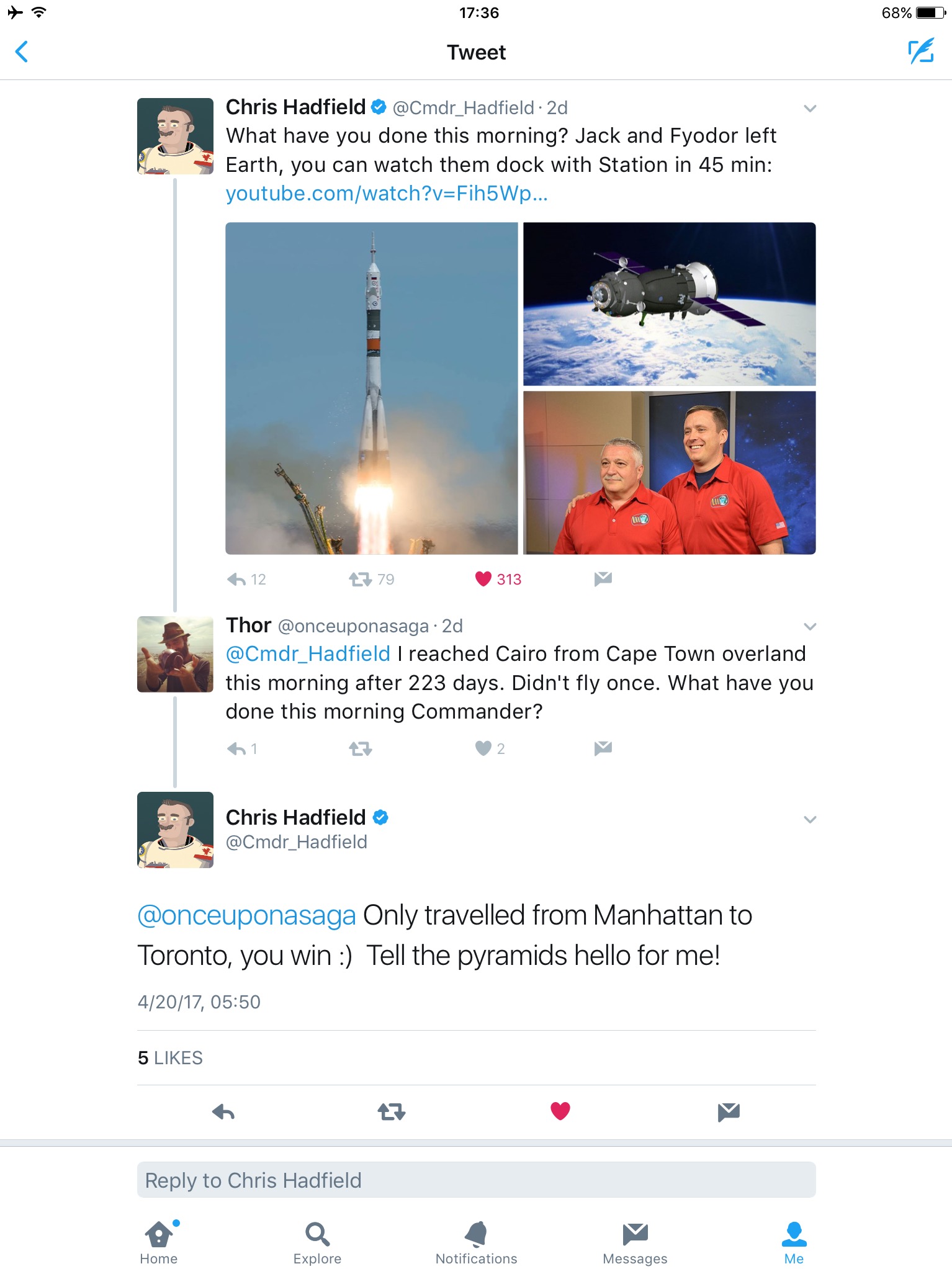 This exchange on twitter with the world famous astronaut made my day! :)
Completing the African chapter is very important to me and I have been battling with strategy, information and plausible solutions. The three countries we have left are: Libya, Tunisia and Algeria. Libya is a spectacular country which is currently torn and marked by internal armed conflict. So for Libya I have concerns for my safety along with bureaucratic concerns for a visa. Tunisia is probably going to be a "holiday" in terms of the atmosphere and visas are given upon arrival. Algeria is definitely going to lay some pressure on my skills in a mere bureaucratic sense. I already visited their embassy in Cairo and was told that visas are only for Egyptian residents of 6 months or more. I've got a few plans already to solve that but it won't be from Egypt. The Libyan consulate was very forthcoming but confused about why I wanted to go? They would help me with the visa as soon as I could provide an "invitation number". 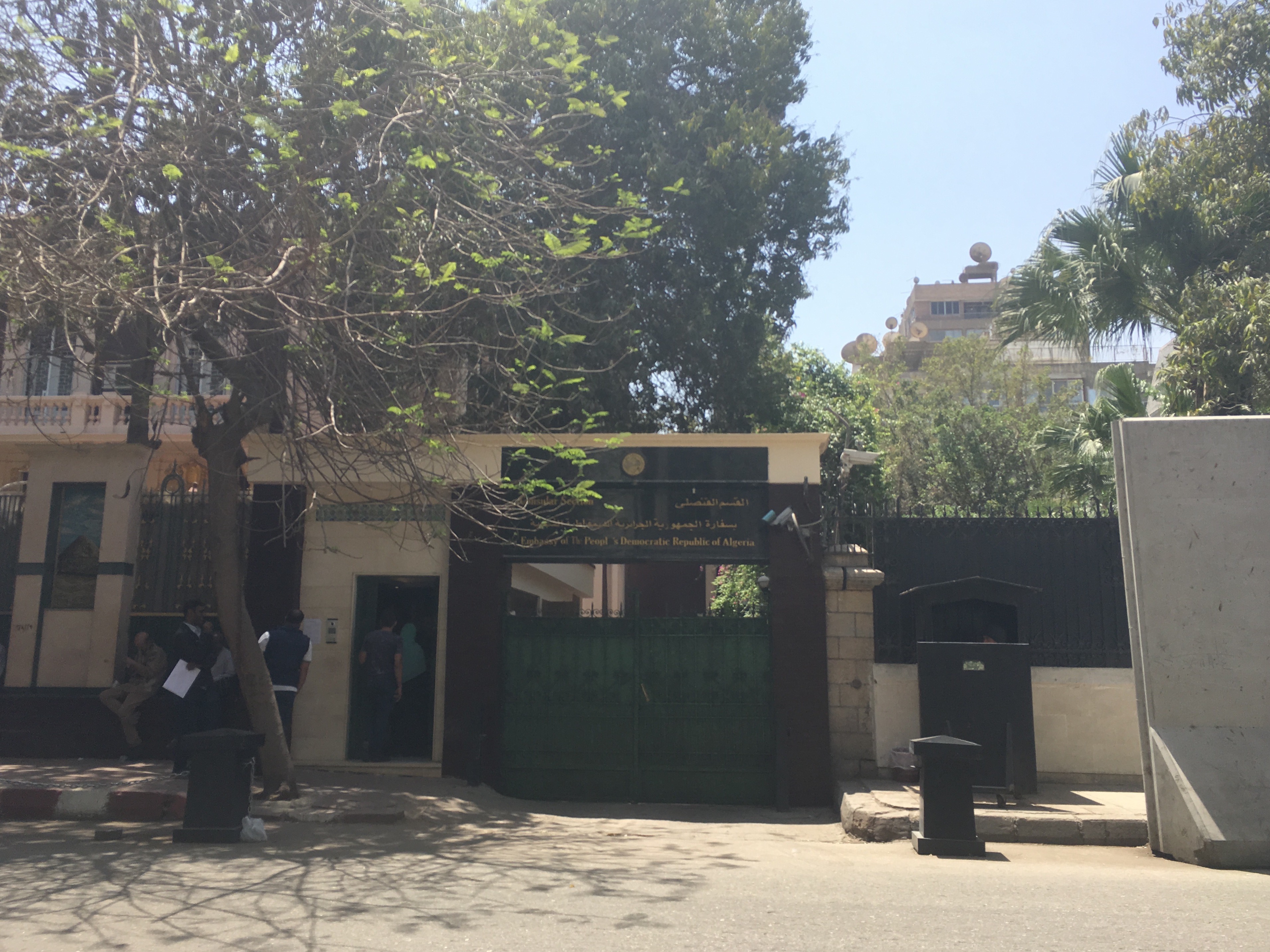 The Algerian embassy.
In terms of entering and exiting Libya safely I have come to the conclusion that it will be from the Tunisian side, which is also much closer to Libyas capital Tripoli. Also I have been advised to do so by several sources. This means that I will not be able to cross Libya in order to reach Tunisia and therefore I will need a boat/ship. But how does one go ahead and secure that? I've done it many times for the Saga and I have a solid plan for this as well. All to be revealed in good time. There's a funny thing about traveling to every country in the world: if you leave one country out, then you didn't do it. 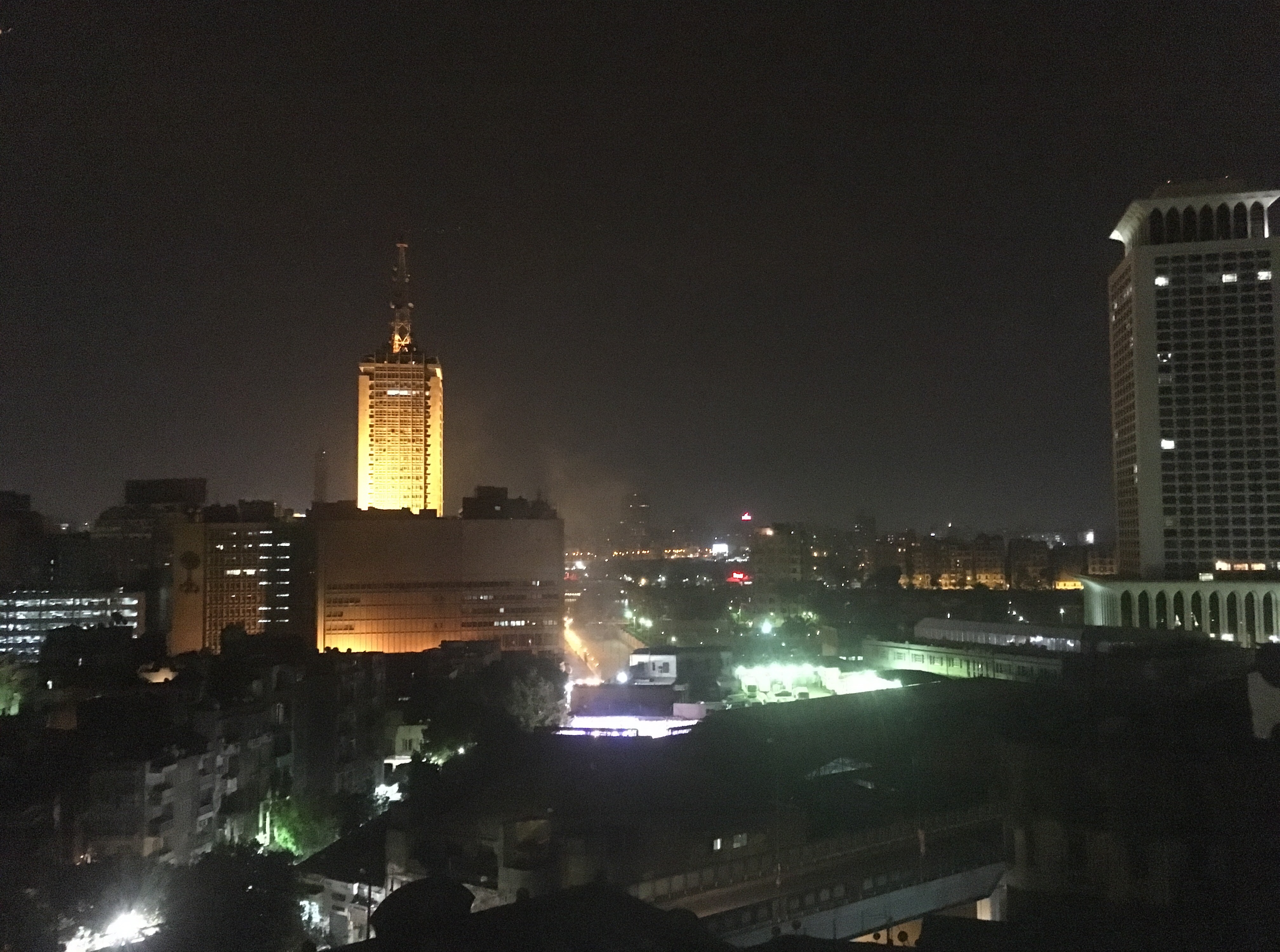 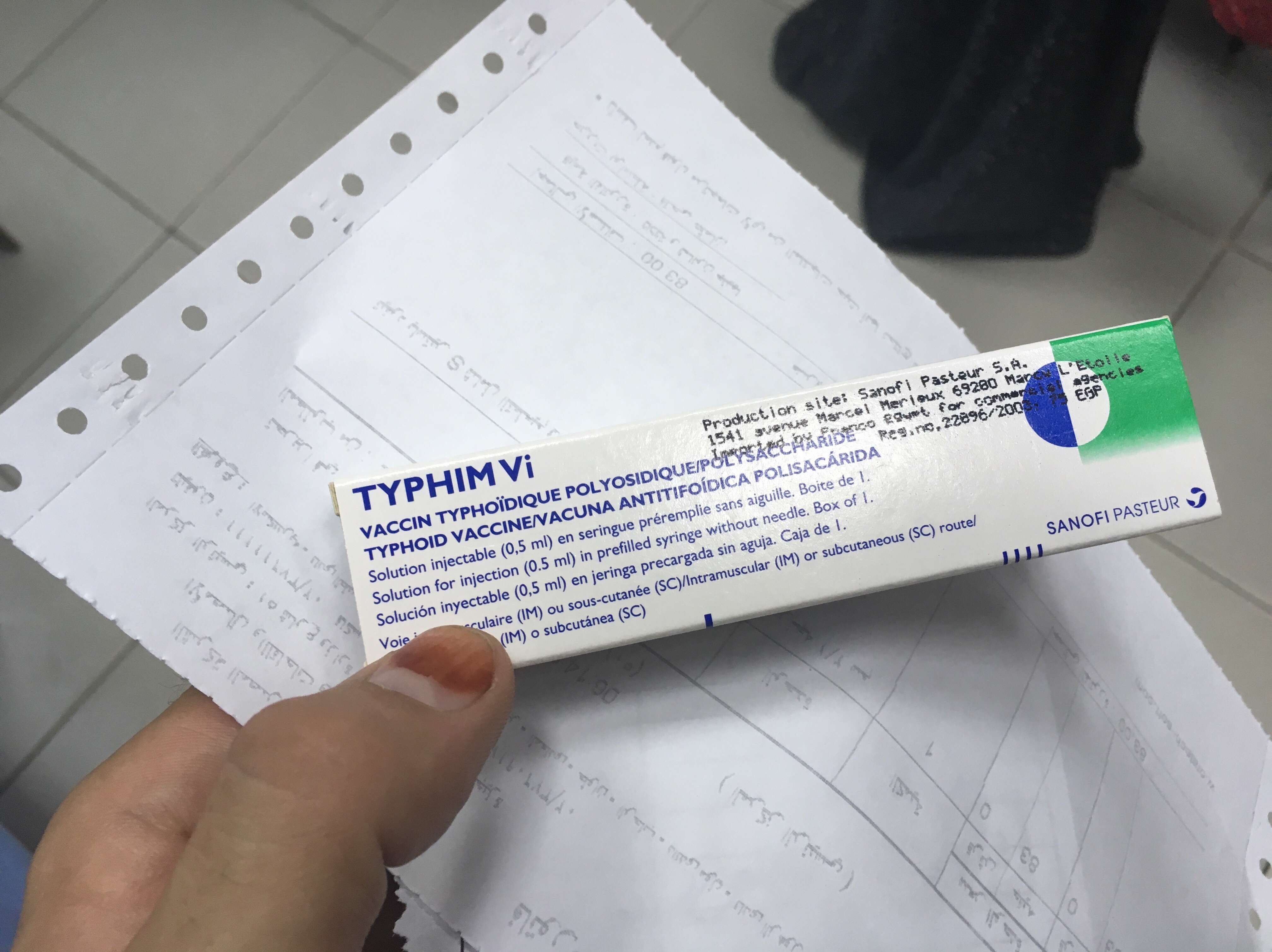 Somewhere along all of this I also managed to get my vaccination for Typhoid. I went to a clinic which Nada had recommended and that was a good get! The vaccine cost less than $5 all included (LE 83). I checked the price to see how much it would have been in Denmark and that would have been DKK 358 (51.60). So I certainly saved a lot! The clinic was nice, clean, calm and professional and the vaccine it self had been produced in France. That's one less thing to worry about as I'm now covered for the next 3 years. 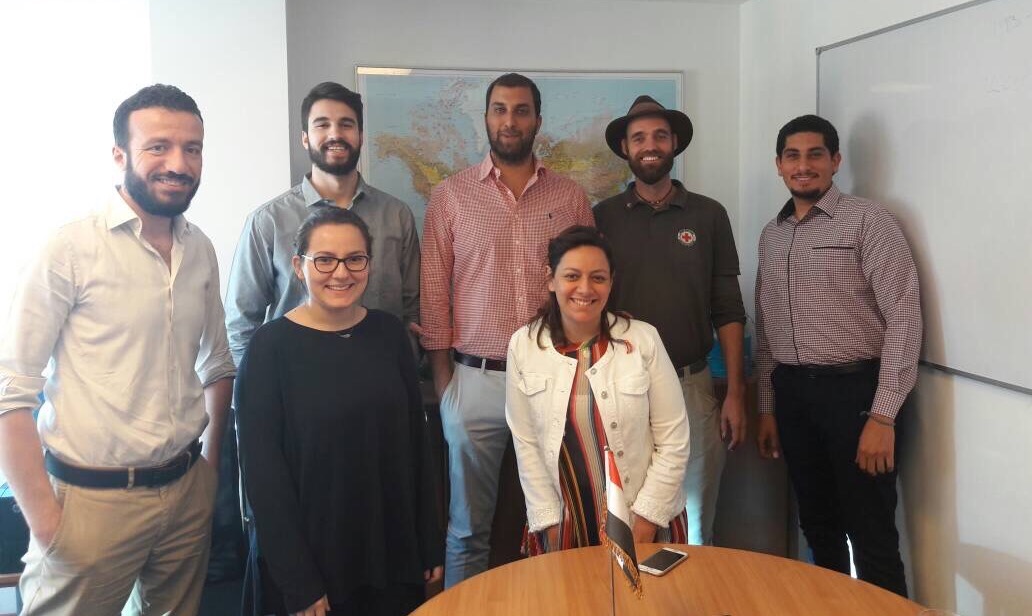 A few from the Egyptian Maersk team in Cairo. www.maersk.com
I have a friend from my time in Libya many years ago. I was employed as the logistics manager under the construction of a cement factory. Moneim was the administration manager and lives in Luxor, Egypt. I recently managed to get back in touch with him and he recently came out of surgery from a benign tumor on the pituitary gland. The pope of the Catholic Church is coming to Cairo today and this is expected to have some sort of visible effect on Cairo. In other words it's a good time to leave the city for a few days...so I have decided to get on the train and backtrack down to Luxor for a few days. It will be great to see Moneim again. The train ticket for a sleeper coming up from Aswan to Cairo last week, cost me $80 which I could not pay with local LE. I had to pay in USD. Luxor is somewhere in between Aswan and Cairo and the train ride is supposed to take about 12 hours. So I figured that I could just get a seat and it would be a lot cheaper. I figured wrong! I had to pay for another $80 sleeper? The clerk behind the desk clearly understood my frustration with the logic. But what can he do about it. Well one thing he could have done was tell me that if you go online and create a free profile at www.enr.gov.eg then you can book a seat for just $11.20 (LE 202). So that's what I did. I left Cairo for now and by Friday morning I should be in Luxor to see Moneim. I'm however coming back to Cairo after just a few days as David (www.world-adventurer.com) is coming to Cairo and I haven't seen him since...oh well...I actually quite recently met with David in Sudan...but he is still a good friend and a spirited traveler. All the work I need to do I can manage online and through the phone...so Luxor here I come... 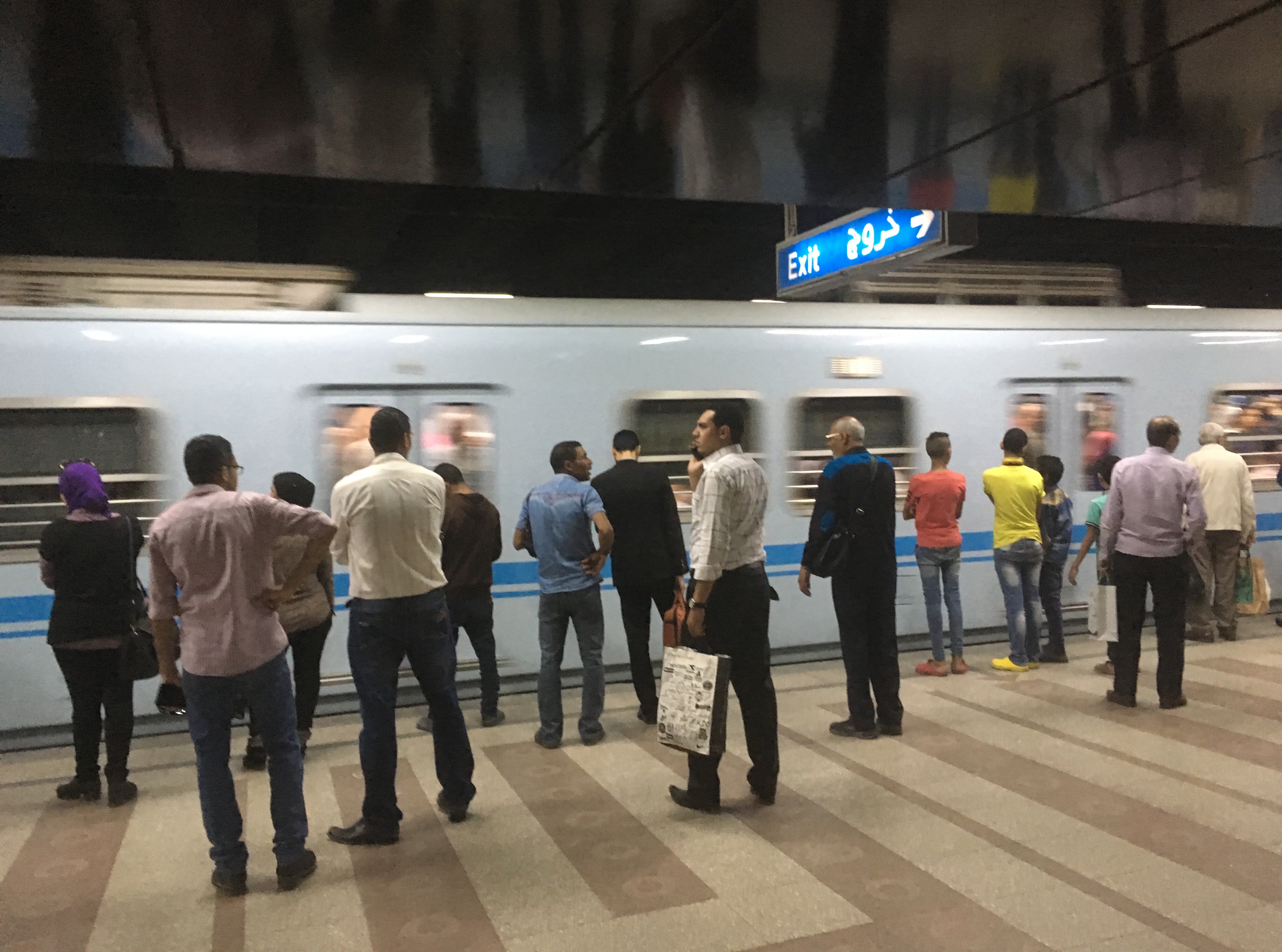 Egypt is so much more than pyramids.

The full video can be wieved on FB, IG or LinkedIn 👍

DAY 6 of 7: The #UltimateStepChallengeHK❤️🇭🇰✨ WE ALREADY DID IT!!!😍😍😍 And we still have one last day to go!! Weat… https://t.co/O9tEABfKbx

That full marathon distance milestone is coming at a higher price each day. Now six days in a row. I wonder if we’l… https://t.co/HMck86bfxS