Around Lebanon in Eighty Days

Today marks 79 days since I arrived to Lebanon. That’s not quite 80 but tomorrow it will be. My sister suggested a relation between my 80 days here and Phileas Fogg’s journey ‘Around the World in Eighty Days’ by the french writer Jules Verne. It was published in 1873...145 years ago...
I enjoy the story and the adventure of going around the world in 80 days. If I stick to my plan then I won’t actually go around the world. I will “simply” go to every country although I have already covered the distance around the world nearly five times. Phileas Fogg was in a hurry. It was a race. He had a set amount of days to achieve his mission. I’m only in a hurry because I want to go home. However theoretically the Saga could go on for a hundred years. The Saga is no speed record and I aim to do things right, however let’s just take a look at what I have done since I arrived.

Around Lebanon in Eighty Days: 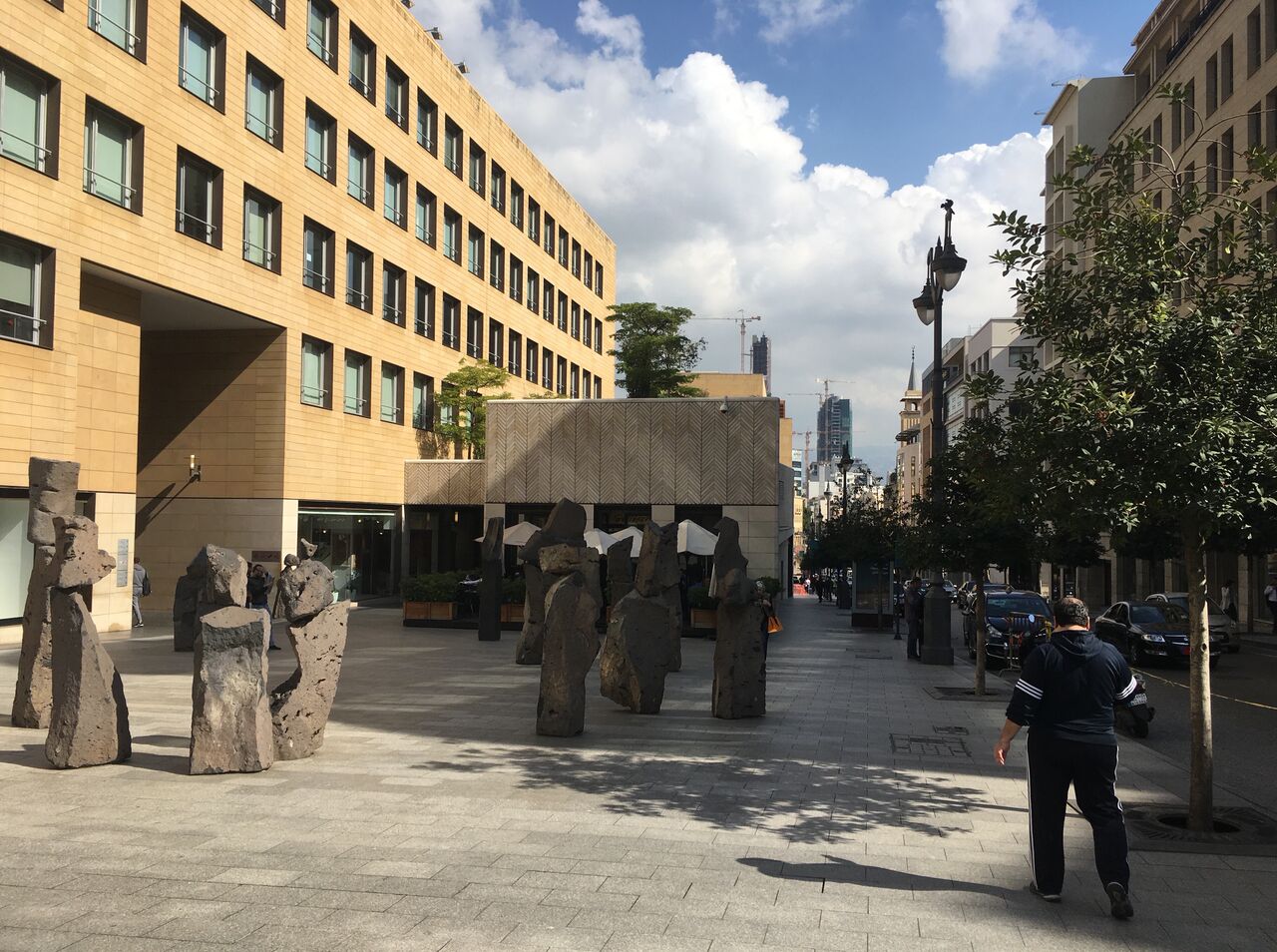 Downtown Beirut.
If you did not read last week's blog and you are wondering why I do not simply go somewhere else, then I suggest you read last week's blog ;) Has it gotten worse to visit Syria in the past 80 days? Yes and no. The road to Damascus in Syria is still as safe as it was a few months ago. Tartus and Latakia are reportedly more or less untouched by the war, which has been going on for seven years now. Tartus and Latakia are both towns located on the Mediterranean coastline and serve as vacation destinations. However as you might imagine business has not been booming for a while. Northern Syria has become more complicated lately. Damascus, which is only 82 kilometers (50 miles) from here, has become slightly less safe as it is now being occasionally bombed. The fighting in Ghouta has no doubt reached you through the media? Ghouta is part of Damascus and lies east of the capital. It was originally described as an oasis formed by the Barada river. Mind you that Damascus was founded more than 10,000 years ago and is among the world's oldest cities. Much history has passed through its city gates. Fast forward to the 1980's and the urban growth of Damascus began to replace the agricultural use of Ghouta with housing and industry. Back in the 80's the region used to be home to around two million people. Anyway, before I get off track I just want to say that Ghouta has been a hotspot for the conflict for a long time but it’s only recently that the occasional mortar attacks on Damascus has become common again. You’ll be able to find recent videos on YouTube with nightlife and dancing from Damascus while the horrors of war continued just 15 kilometers (10 miles) away. Indeed life still continues in Damascus with schools, workplaces, shopping and ordinary everyday life. As ordinary as it can be anyway, given seven years of war within the country. If anything can be said with certainty about the war then it must be that it is complicated. Traveling to and from Damascus should however still be reasonably safe. 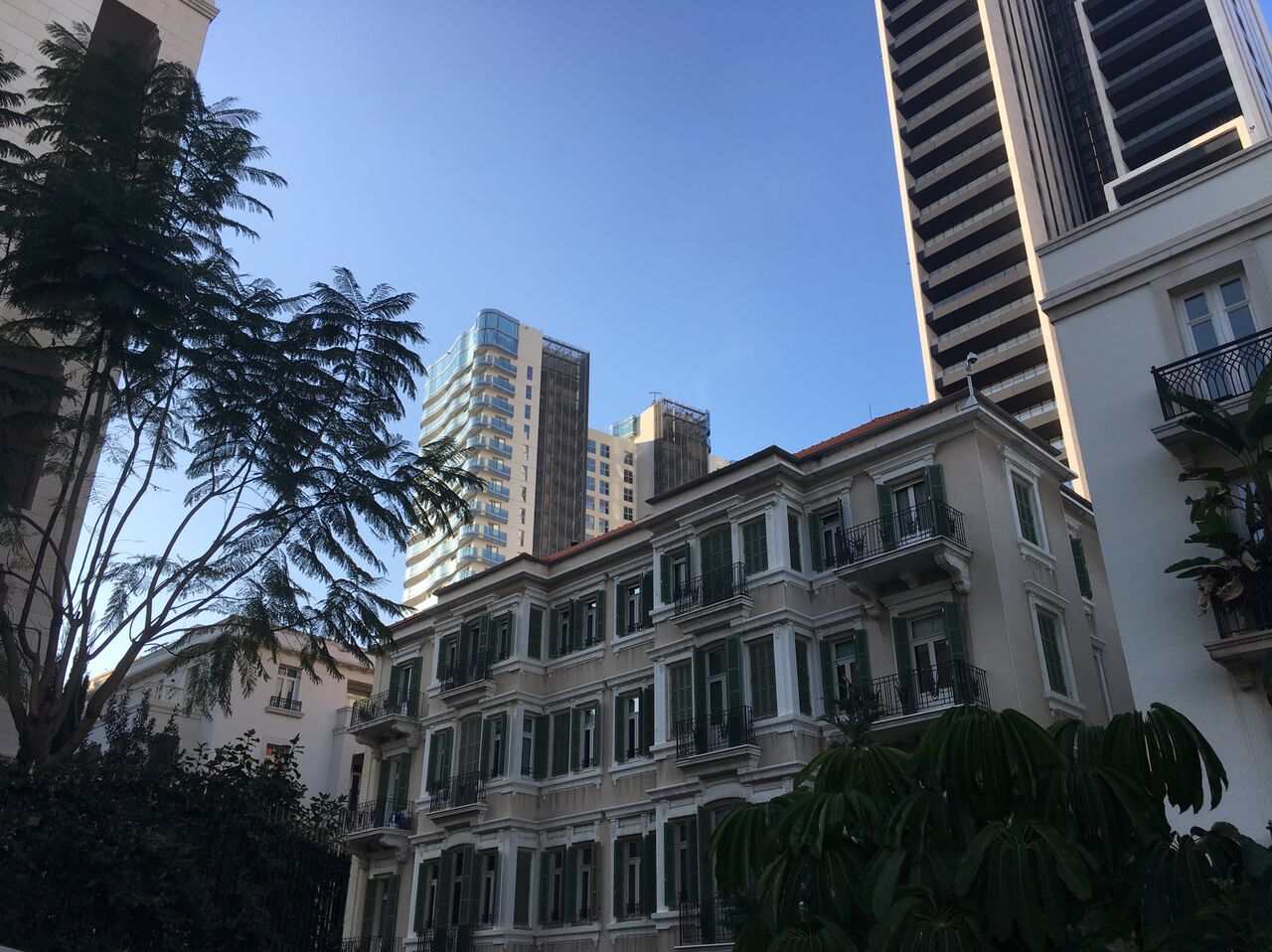 The old meets the new all over Beirut. Beautifully restored buildings and new architecture side by side.
The wonderful Danish Viking woman I introduced you to last week has gone back home. Minna, which is her name, is such a cool personality and she was a hoot to be around. On the day she left to go home we met up at an event in Beirut. That was last Sunday. She was there with another Dane called Simona Abdallah. Simona was actually born in Germany and is of Palestinian decent. She has lived in both Lebanon and Denmark and is what you would call a free spirit. She is also a talented percussionist and we only spoke briefly as she wanted to go home and sleep. Simona had been out in the city life until 07:00am the night before :) Anyway I’ve got a funny story for you. If you’ve ever been to Denmark then you would know that nearly everyone speaks English quite well. However we are Danish and sometimes we get stuff wrong. As such I remember being on a motorcycle trip with a friend from Australia long ago. I made a reference to the “exhaustion pipe” only to be corrected by a loudly laughing Aussie: “it’s called ‘exhaust pipe” mate! ;) I also mistook the handlebars for being called “steering wheel” at some point. But enough about me! This one is on Minna!! :) 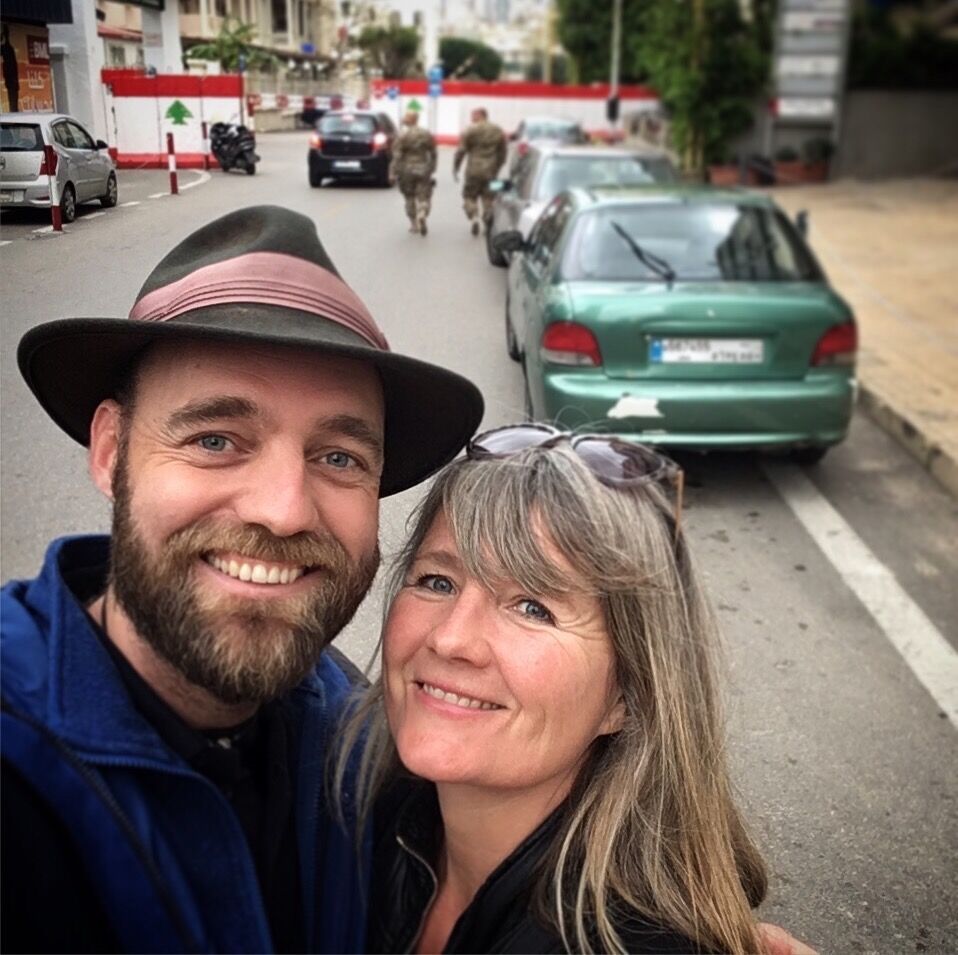 Isn't she just beautiful and photogenic :)
At the event Minna was an invited guest and a man appeared to tell Minna, Simona and I, that there was a table ready for us. However we had to share it with two gentlemen from the American Embassy. Minna was the first to approach the two young men and tried her best to promote Simona. It went something like this: “You should really meet Simona! She is an amazing musician and maybe she could come and visit your embassy. She will blow you off!” Now this is quite subtle but there is a distinct difference between “to blow you off” and to “blow you away” :) I love you Minna!! The gentlemen simply paused for a moment and the conversation went on uninterrupted :) Hehehe...be aware when the Vikings come to town ;) On another note Minna used to play the keyboard in a band called ‘Miss B Haven’. That name resonated with me so I looked it up on YouTube and discovered that during my childhood I used to listen to a song called ‘vent til vi ses igen’ 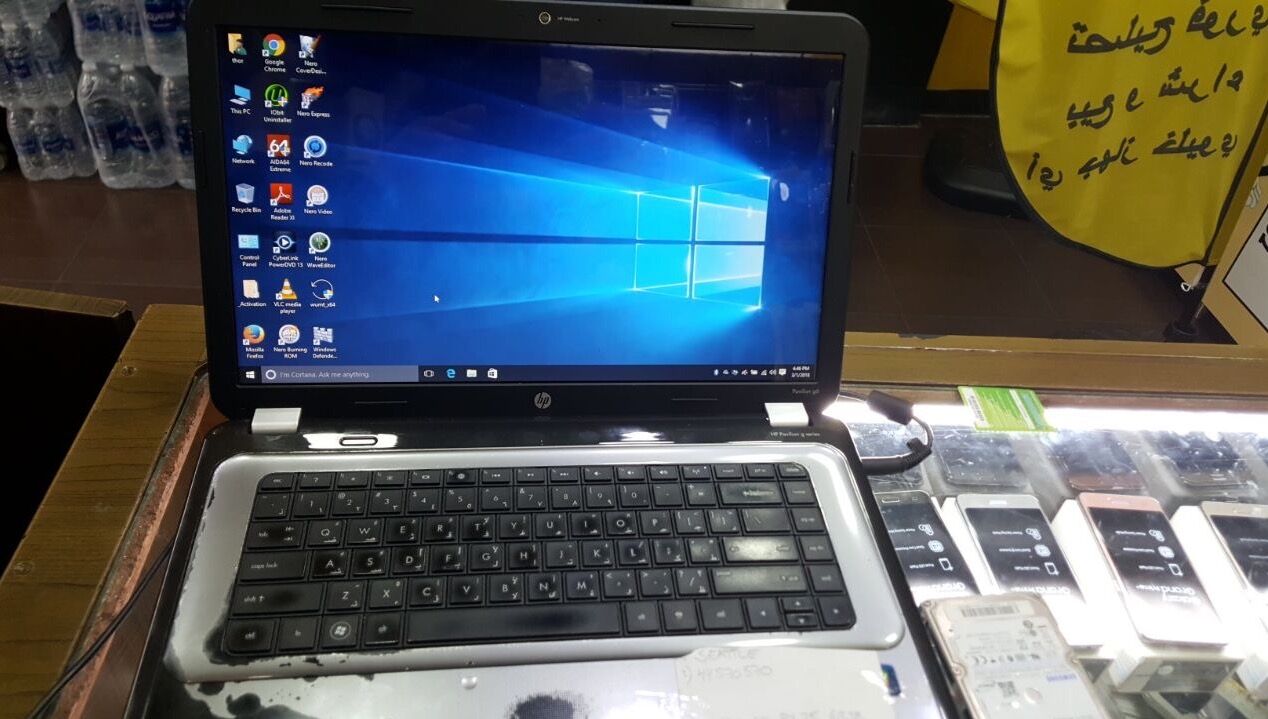 I'm grateful to Chawke and Juliano for fixing my laptop. And to Farid for providing it :)
What else? Oh yeah...I was given a seven year old laptop by Farid whom I met last week. Farid was the one who arranged and invited me for the Hakaya Storytelling event. Farid even installed Windows 10 on the damn thing. Well, it was a really nice gesture so perhaps I should not call it that? but it has given me some headache already :) I’m not writing all of this on the laptop. It’s with a technician right now. It got really hot, it operated really slow and eventually it couldn’t find any WiFi connections. I did manage to do some work on it and after all it was free :) The repair guy told me that it probably won’t cost me much more than $30 dollars to repair. We think the problem is the hard drive. It’s my plan that this laptop needs to last until I reach Kuwait. Apparently new laptops are really cheap in Kuwait and Kuwait is only four countries away. Anyway: yet another blog typed out on a smartphone... 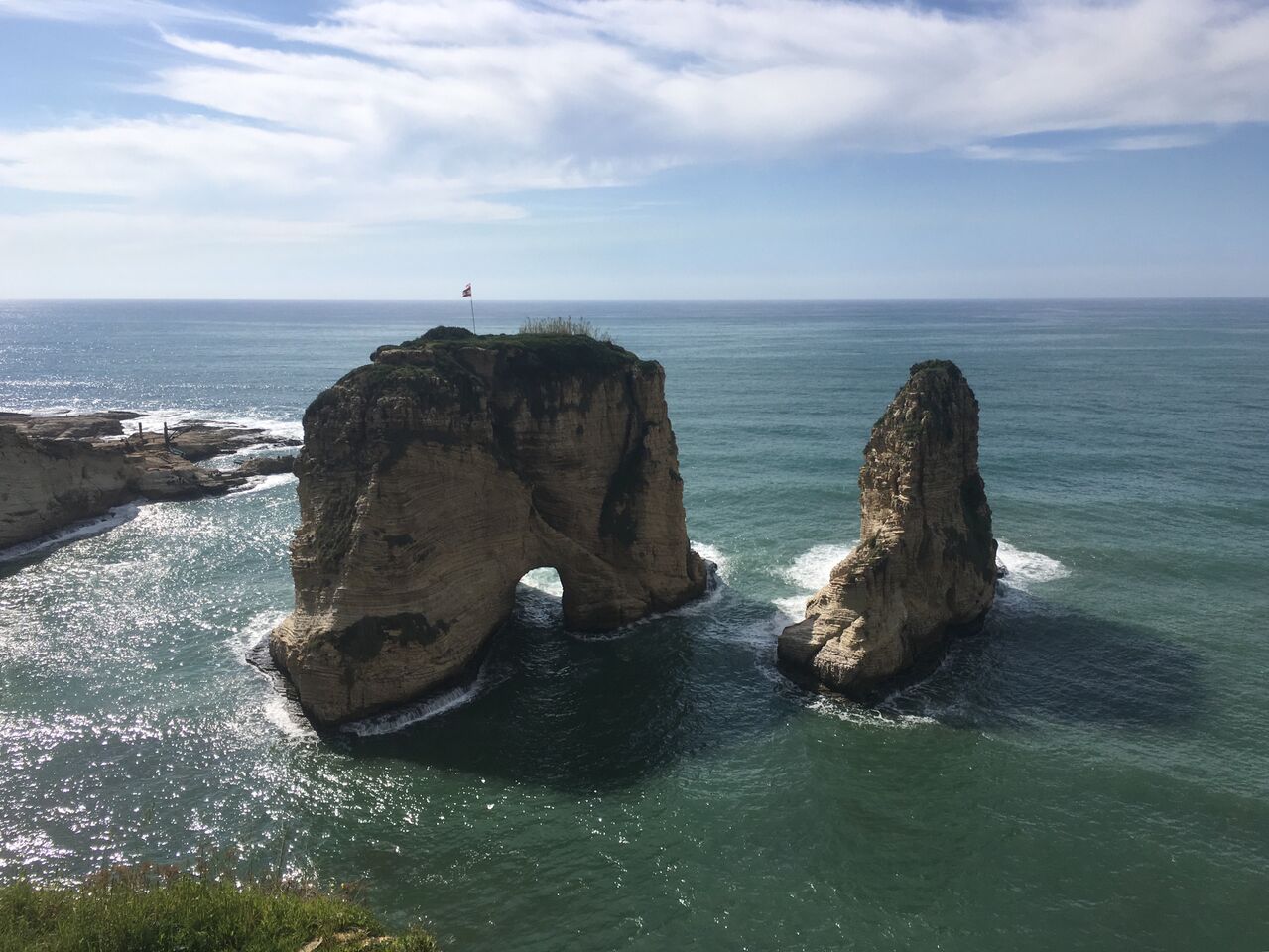 'Pidgin Rocks' at Rouche, just off the coast of Beirut.
The crowdfunding money finally came through! That’s good news! The campaign ended on December 12th 2017 so Indiegogo has certainly taken their time transferring the money. It was a real hassle communicating with them and we must have sent them more than 30 emails and reminders. “Indiegogo Customer Happiness” might have replied 4-5 times. They were not helpful and left us to solve how US American tax forms were to be completed? When we finally solved that riddle, Indiegogo told us they had all they needed from us and that the money would be disbursed within the week. Three weeks and many emails later they finally released the money to our account...minus 16%. That is too much but I can’t get into that with them. And they probably know... Lesson learned...and paid for. I’m in fact happy that all of this went on now while I had the time to deal with it rather than if the Saga was swiftly moving forward between countries. 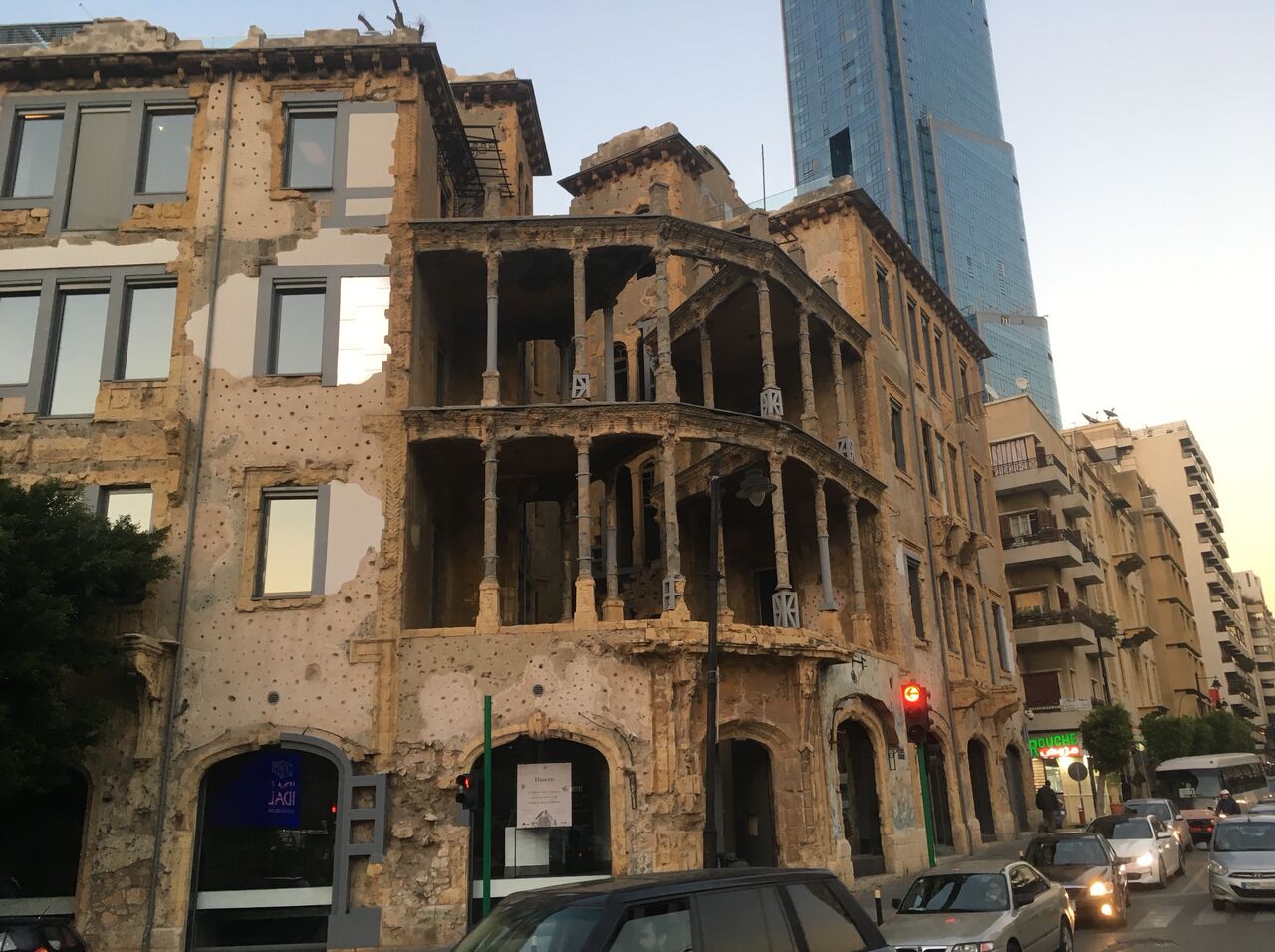 The Barakat building. The windows give away that the building has been restored on the inside.
I’ll round up this entry by sharing a strange emotion. First I’d just like you to know that I interact with Syrians nearly everyday. I mean how couldn’t I since Lebanon is very small and more than 1,5 million Syrians have sought refuge here. You might imagine complete chaos but it’s not like that at all. A lot of them work in stores and cafés around Beirut. I have no doubt that it must be mentally hard hearing horrible news from back home while wanting to go home and not being able to. I have a number of Syrian friends by now and we talk about the things that people talk about. Sometimes they tell me what life was like before the war. Often they are well updated on various activity in various regions and as such it’s a healthy contrast to what we hear in the news. 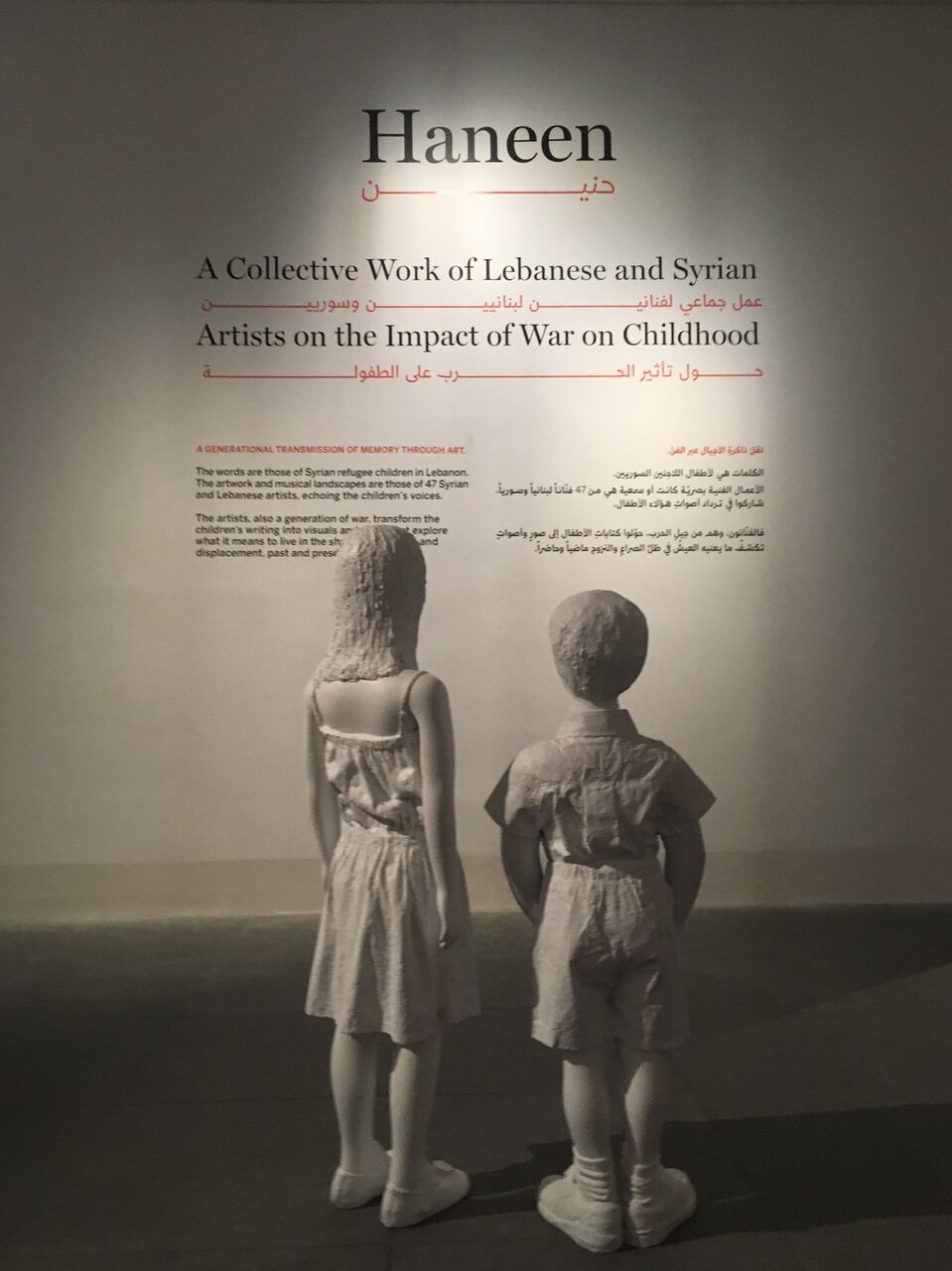 Beit Beirut literally means "the house of Beirut" in Arabic. It is a museum and urban cultural center celebrating the history of Beirut and namely the civil war. The cultural center is in the restored Barakat building, also known as the "Yellow house", a historic landmark designed by Youssef Aftimus. I went there a few nights ago to see the ‘Haneen’ exhibition which is really hard to wrap your head around! It’s a collection of poems and texts by children from the age of 10 to 14 years, whom have all fled from the war in Syria. Artists have then interpreted the children’s work into paintings and sculptures. It’s mind boggling to get such a window into the hearts of these children, which in many ways have endured more than any adult ever should. In the words of Waad Al-Zouhouri (14 years old):
“...we are the generation who has grown too old too soon...” 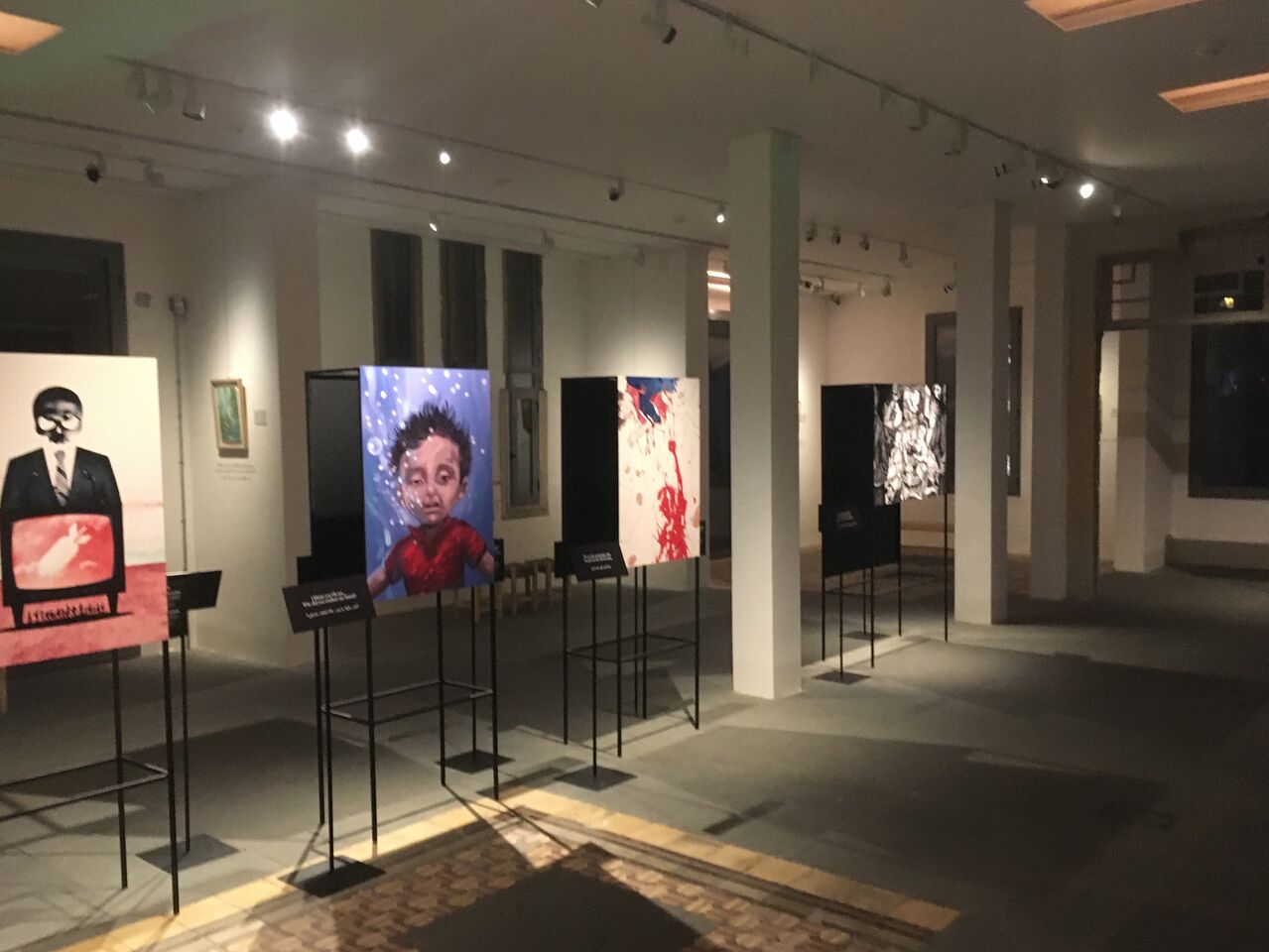 Definately happy that I went.
The exhibition is both harrowing and beautiful at the same time. And that feeling is very confusing to me. 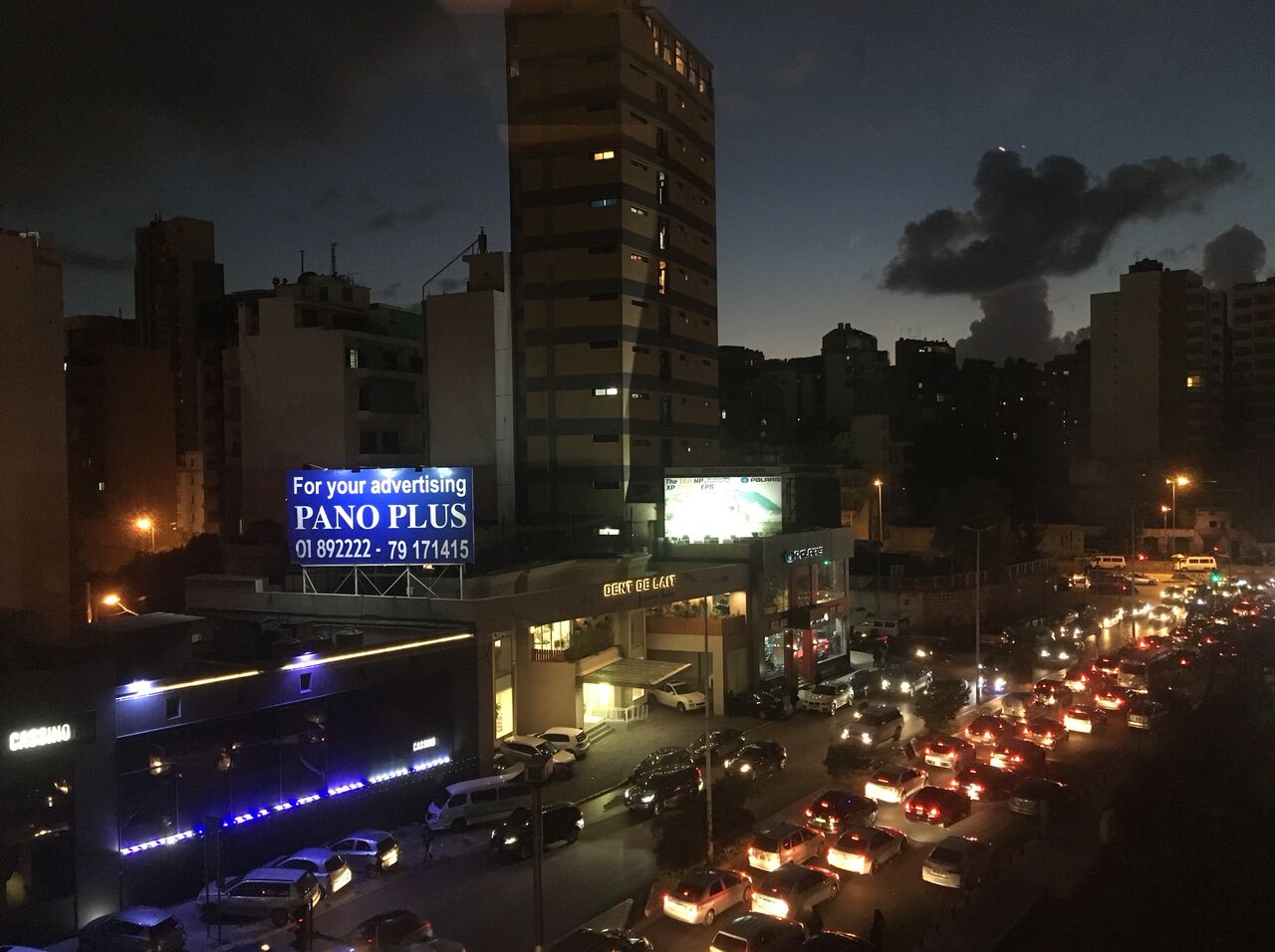 Thankfully I'm not stuck in Beirutti traffic every night :)
Oh well, we cannot end this blog like that. I’m actually doing quite well here in Lebanon. As I have mentioned several times, Lebanon is a wonderful host country to me. I have friends here, I have daily and weekly routines, I have options to explore regarding getting into Syria, I make new connections every week and I expand on my wasta. In case you’re not smiling right now then let me just remind you that there is a distinct difference between “to blow you off” and to “blow you away” ;) 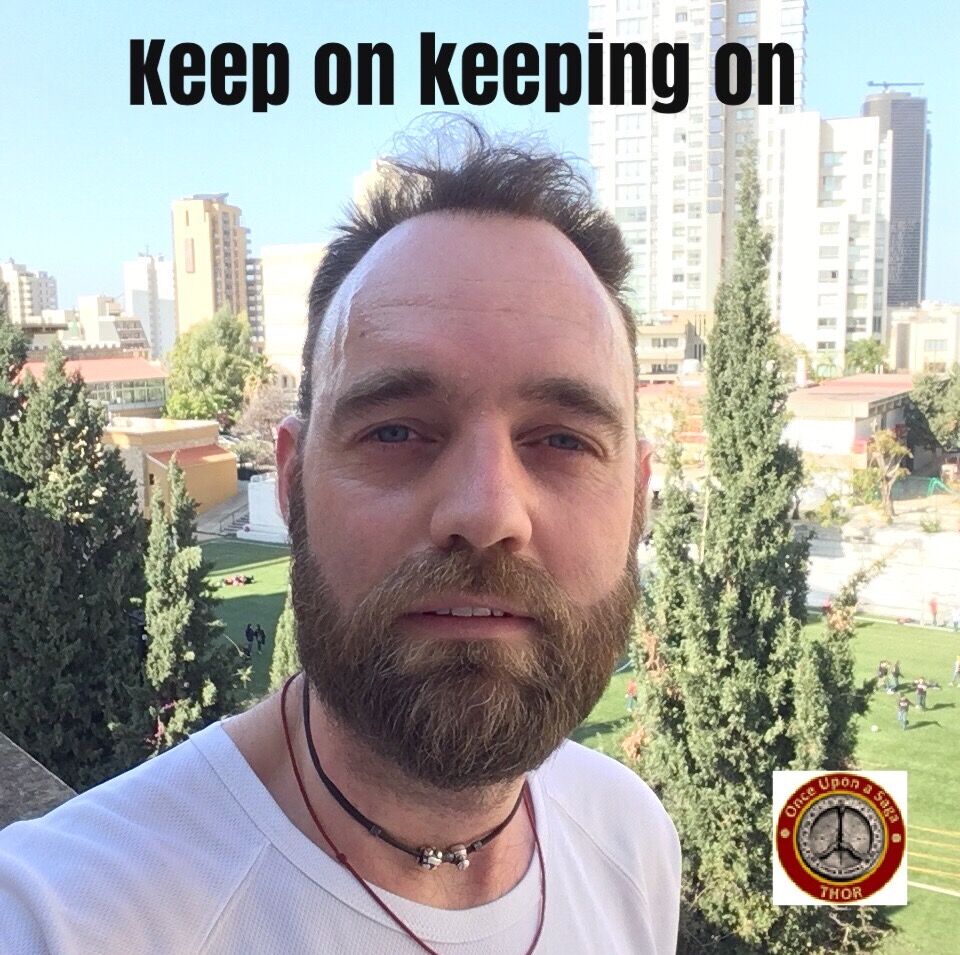 After a run, I'm always happy I did it.