View Comments
When I visited Benin Republic, my friend Thierry told me that I was about to go through the hardest part. He could be right. 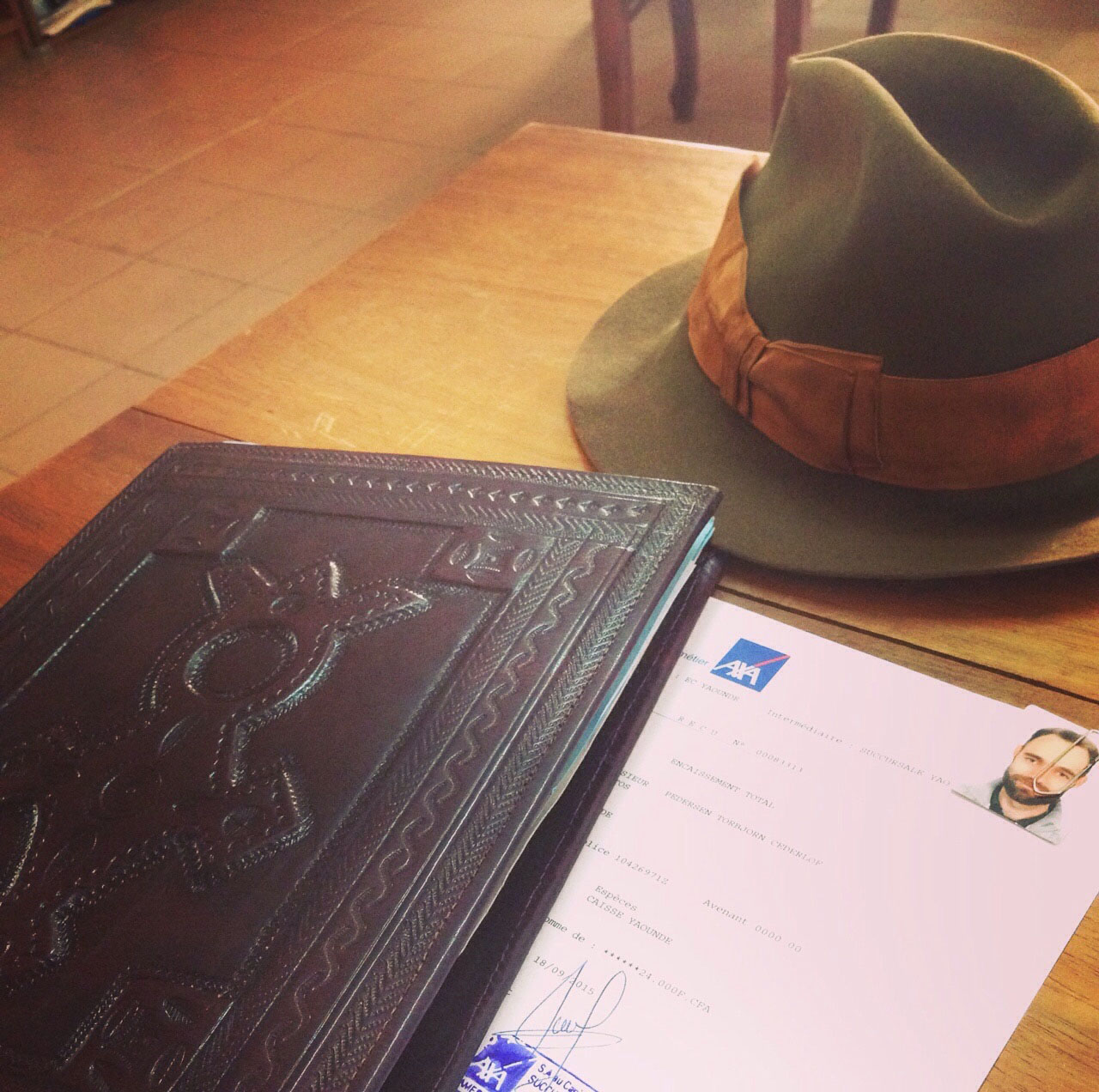 Don't get me wrong. I love to travel. I love to encounter new cultures and expand my mind by sipping from a huge mug of new adventures. There is nothing like thinking you know something and then being proven completely wrong in your ignorance. It can be frustrating but eventually it is a beautiful flower which grows within your heart. Once you come to accept the new reality you feel richer and enlightened.
Now why did I need to write that? Well, obviously because of what comes next. I do my outmost to promote not only the Red Cross but also the countries I encounter in the most positive and realistic way. And for the most part it is easy and puts a smile on my face. But lately I have been spending a lot of time, money and especially energy on achiving visas for the upcoming countries. And it's not going as fast as I hoped. 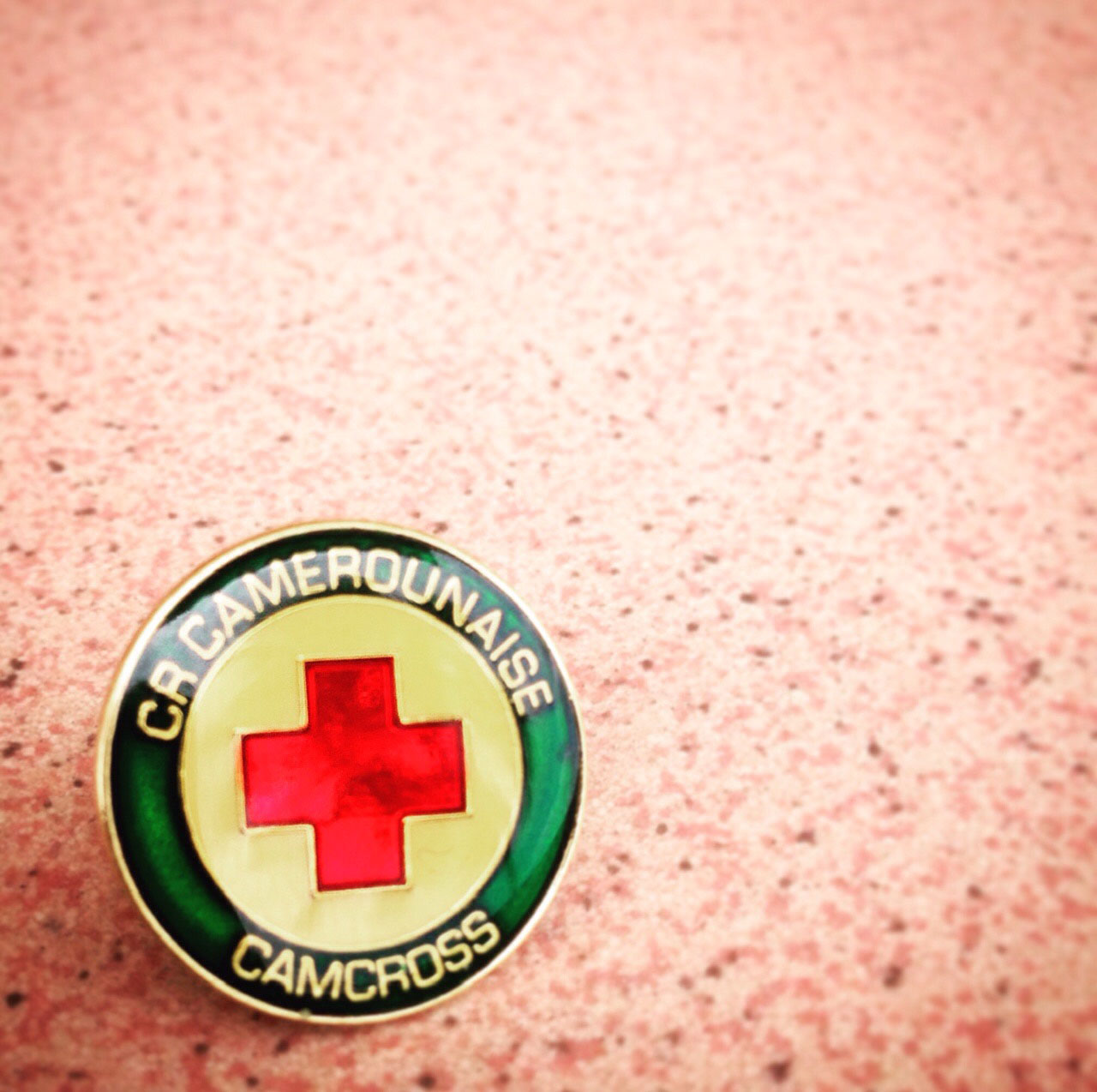 The Danish Red Cross is a part of the global Red Cross Red Crescent family of 189 nations. Recently I wrote the Danish Red Cross asking for help as getting in touch with the Red Cross in this part of the world has become almost impossible. Most Red Cross offices will at this point not believe that someone would be daft enough to personally visit so many countries to promote the Red Cross...and certainly not without flying! So they write my attempts of contact off as spam or a hoax. And I can't blame them. Because the Red Cross in general has never done any whole hearted attempt to inform the organization of this project. And while I envision this project as a massive celebration of the Red Cross Red Crescent movement I think it is largely going unnoticed among the organization. The Danish Red Cross chose to reply with: "We cannot nor wish to do more than we already have in the past". Great? So that leaves me thinking that my efforts of promoting this global humanitarian organization is unwanted. And why should I then do it? Well, for one I would argue that I should because I want to. I believe in the Red Cross and the hard work it puts forward. The world without the Red Cross would certainly be on fire. The organization has been around for more than 150 years and today more than 20 million volunteers reach MORE than 150 million people on a DAILY basis throughout 189 countries. 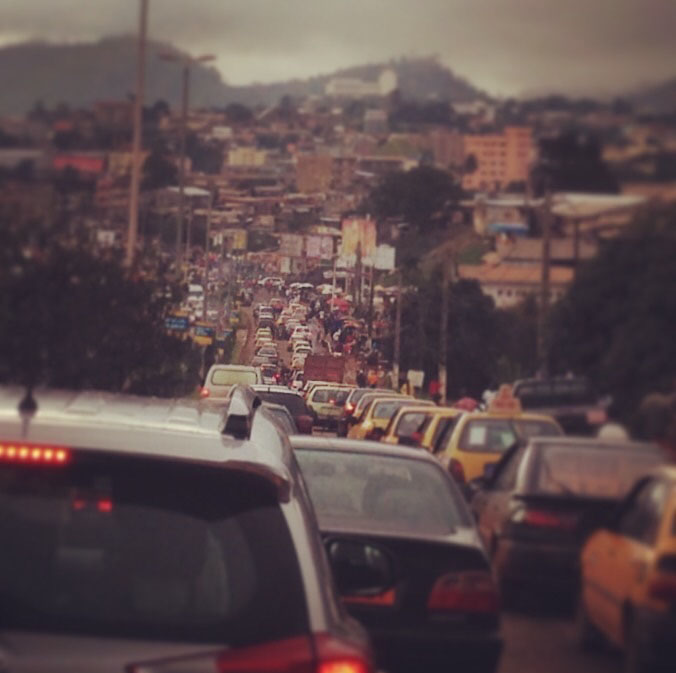 But it seems to me that we are only a few that understand that part of this project. And that is massively frustrating!! Because although I have visited the Red Cross in more than 90 countries the story is not spreading. The Red Cross in the upcoming countries have no idea that I'm coming and I must repeatedly fight for their attention to offer them a free global promotion. It's absurd. But I'll keep going at it. 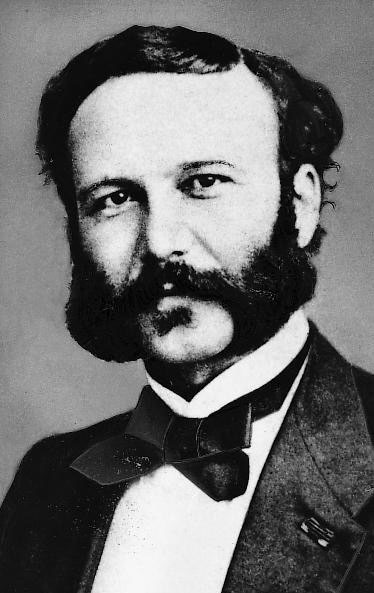 Henry Dunant was a visionaire and the founder of the Red Cross in 1863.
The Red Cross, however, is an add on to this project which in its basic form is all about reaching every country in the world without ever flying. Can it be done? Well, it has never before been done and for that reason alone it should be done. That is how we got humanity this far. By exploring the undone and inspiring others in the process.
So what else is there? Well, as I have now been traveling for nearly 2 years and have visited a great deal of countries I have noticed that a great many countries have been completely misrepresented by the media. I wouldn't go so far as to say that the media is lying. But it has the majority of its focus on tragic and dramatic stories. Now, if you are a perfectly good person, but I only comment on your failures then how would the world come to know you? 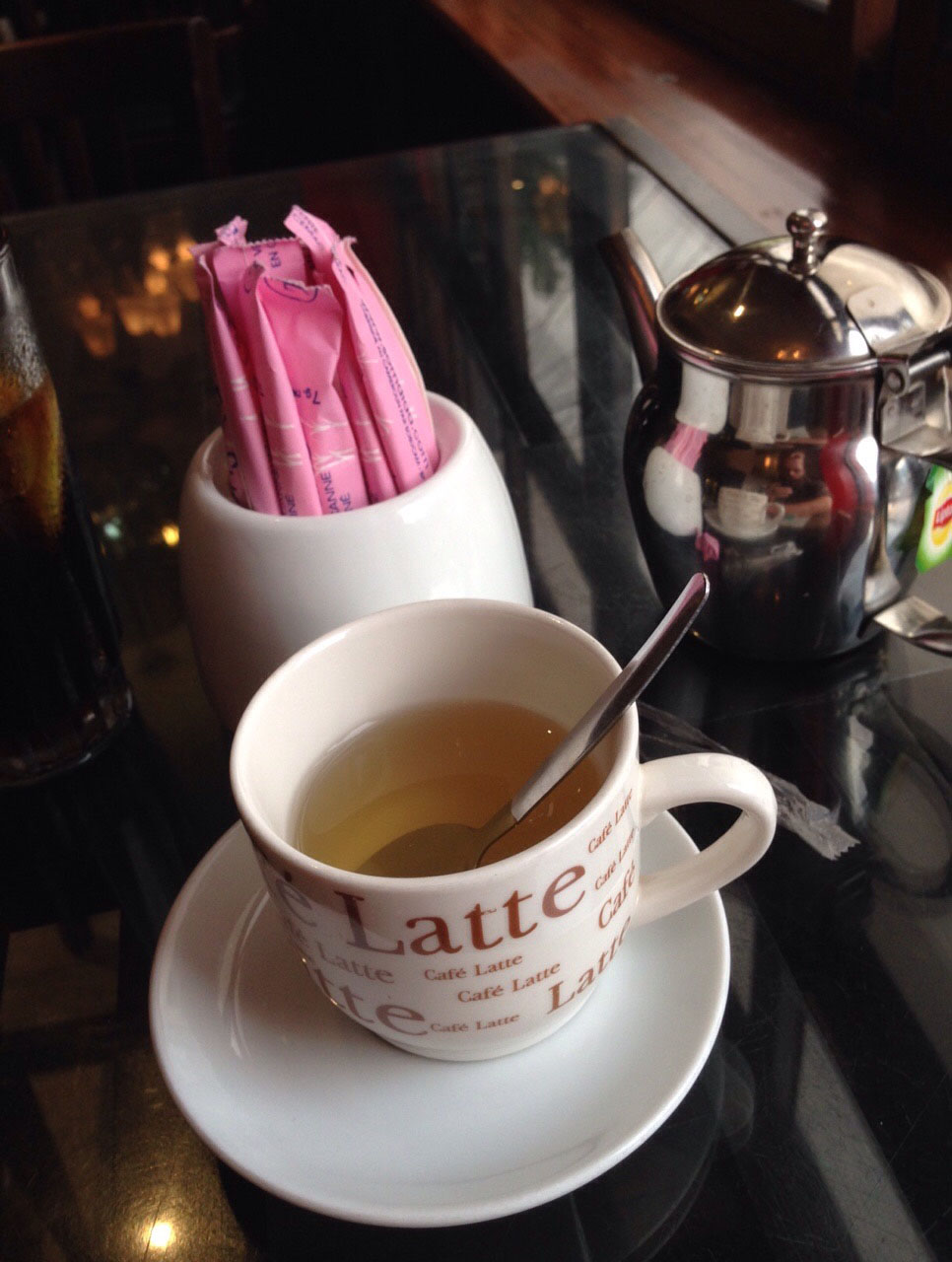 If a country is full of people, culture, history, life, stories, tradition, children, nature, flora, fauna, music, food, connections, love, joy and life...but the media only references Ebola, which furthermore only represents a small part of the population; then how would you think of that country? Well...if you have no prior references to that country then you would probably not have much of a choice in terms of opinion?
With that in mind I wish to "oppose" the media and "report" on the much more trivial parts of life. The stuff that really makes up countries. Countries are not countries without people and 99.99% of all people are just into carving out a small, safe, secure slice of this planet out for themselves and the people they love. They go to work, they fall in love, they cry, the laugh, they need privacy, they need connection, they eat, listen to music, watch movies and they talk a lot about the weather. It's trivial and boring and it doesn't sell newspapers. But it is real life and a much more true representation of the planet we live on. So why don't we think that Boko Haram has children? Why don't we think that Syrian refugees watch Game of Thrones? Why don't we think that people in the slum have smartphones? Why don't we think that far away countries listen to Rihanna, workout, procrastinate, make fun of Justin Bieber and dream and plan on a life ahead?
Perception is reality. 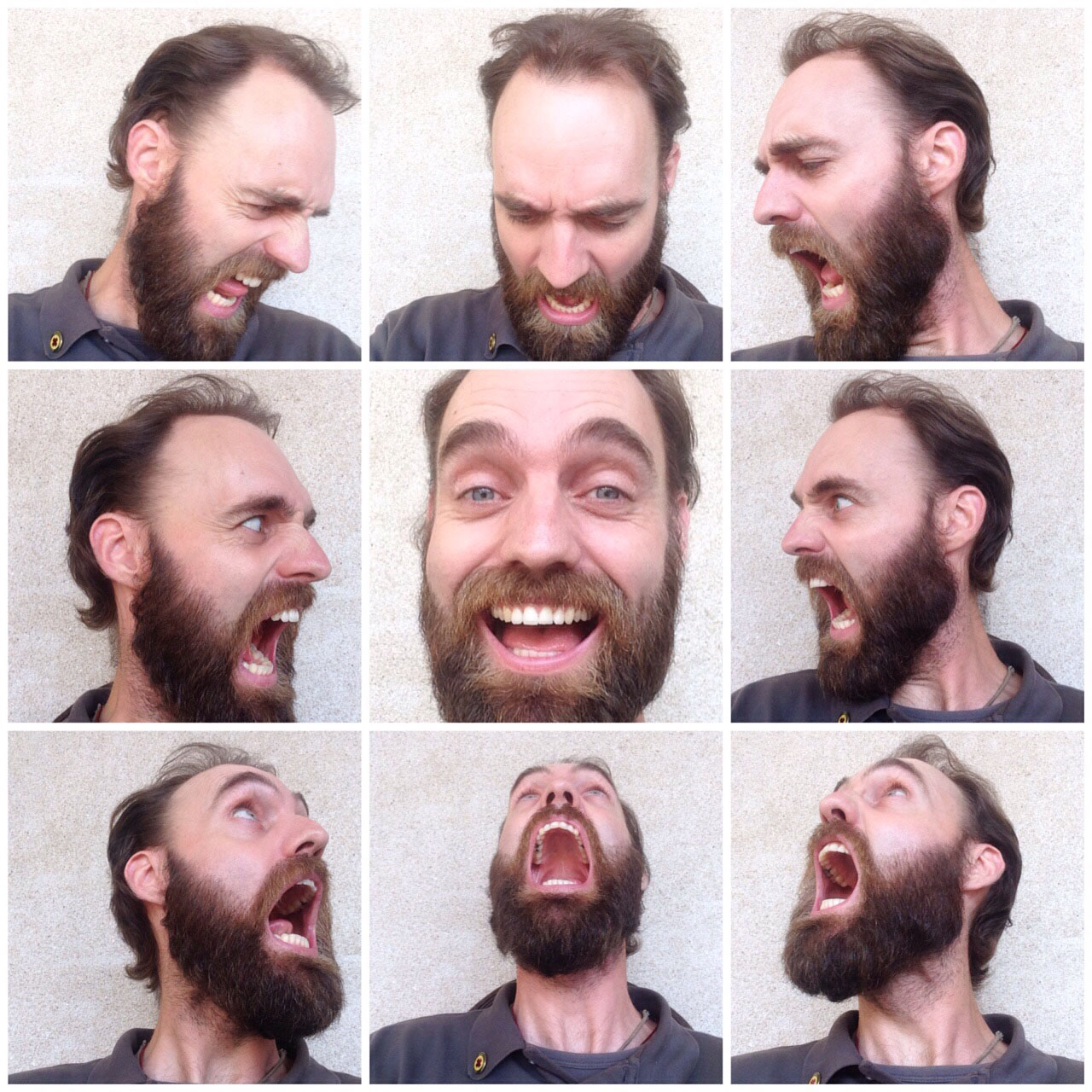 Shouting at at the man in the middle.
Now the major frustration for me these days is the struggle I encounter with all these Central African countries administrative organ. I can't help thinking: "Well if they don't want me to stop by and say something nice about them - then I won't!!" But that's when I push myself to remember that the everyday people of a nation most likely didn't create the forms, the paperwork, the requirements, the opening hours, the fees, the attitudes and the bureaucracy of the embassies I'm visiting. And I'm absolutely determined on writing something positive while realistic for each and every country. Because whoever you are and wherever you are from, I want you to be able to go back and find a blog about your country, and feel proud of where you come from.
This project, Once Upon A Saga, wasn't as developed 2 years ago as it is now. It's like a small child which is growing up and finding its way. And once it becomes "perfect" it will all be over as there will be no more countries to visit.
I should be "out there" shaking hands, tasting food, trying things, exploring...and not hidding away in dusty offices with an visa application in my hand. It shouldn't be like this. It shouldn't be this administrative. Why isn't this easier? When I complained to Thierry in Benin he wrote me back: "Bad times often become good memories". When I complained to my girlfriend she wrote back: "Don't loose hope. It's that kind of challenges which will become amazing to complete".
They are both right :)
Well...that was a little bit about that :)

Papa took me me out one night. Apparently discotheques are the same all over the world :)
A few days ago I went to a clinic to have my blood tested. I haven't been feeling great for a while and one afternoon I felt dizzy, disoriented, hot, confused, heavy and I felt the blood rush in my head heavily as a waterfall. It lasted for a while so I thought it might be time for that checkup :) At the clinic I sat there wondering if it could be malaria again? Who knows? It shows in different ways and I was starting to feel better which could also indicate malaria. With malaria you typically feel bad, then good, then bad again... 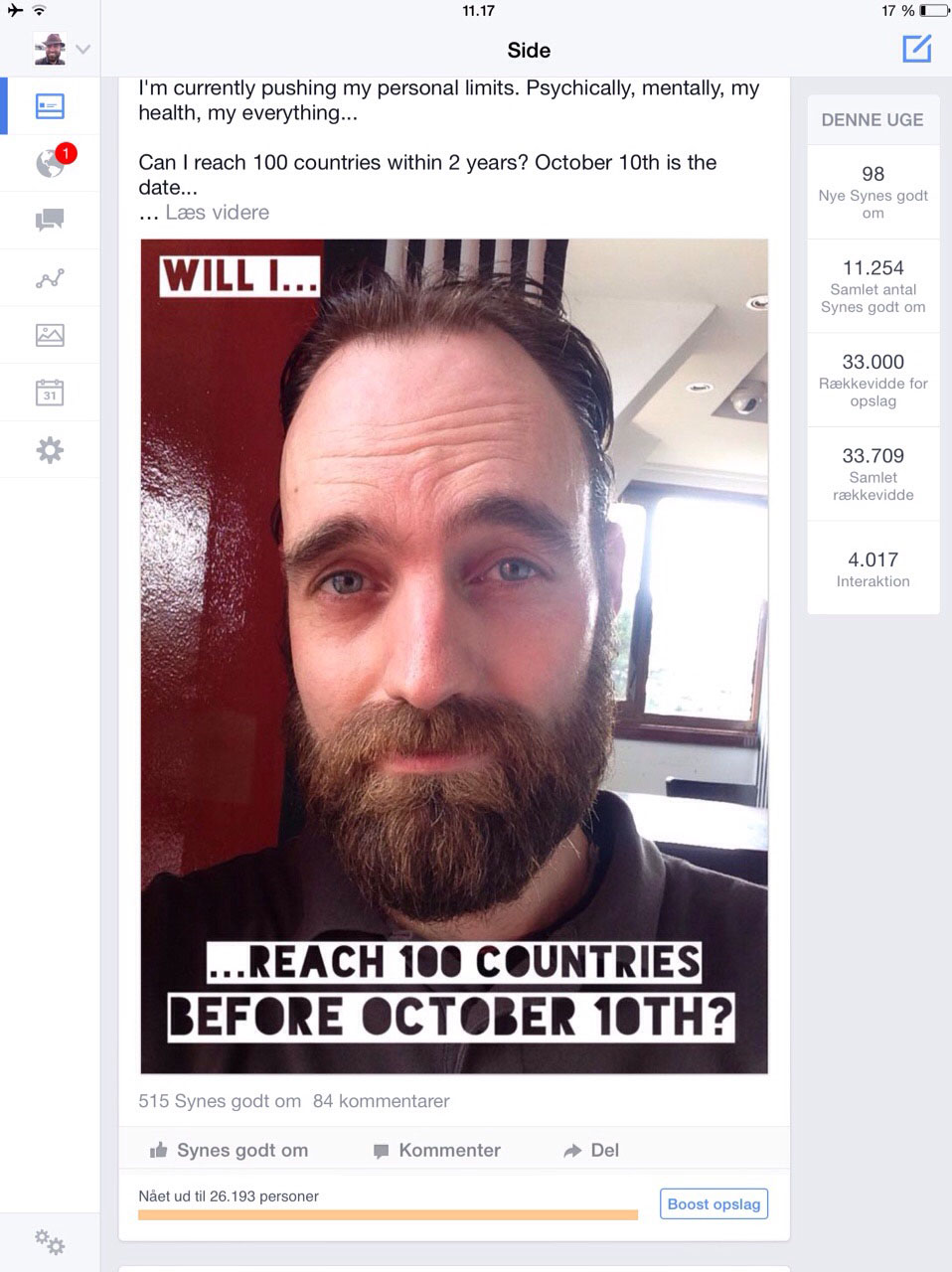 The facebook followers surprised me this week when I received a MASSIVE amount of attention for this post. Thank you for all the love! :)
It wasn't malaria. Actually it wasn't anything according to my test results. So know I'm leaning toward that I was overly exhausted. I try to look out for myself, but then again my overall pace is quite high. I'm constantly promising myself that "vacation" which I only ever seem to get when I'm on a containership without internet. Thank you Maersk and many others :)
Cameroon is a wonderful country!! The people of Cameroon mirrors the countries enormous diversity within nature. They are kind and forthcoming and this, I think, has developed through many years of culture and traditions. Yaoundé is the capital city and it is for me the sort of place where you can probably find whatever you need. But where to look? :) It is also the kind of city with almost every embassy you could imagine. The other day I walked past the Danish consulate and smiled to myself knowing that "we are here". 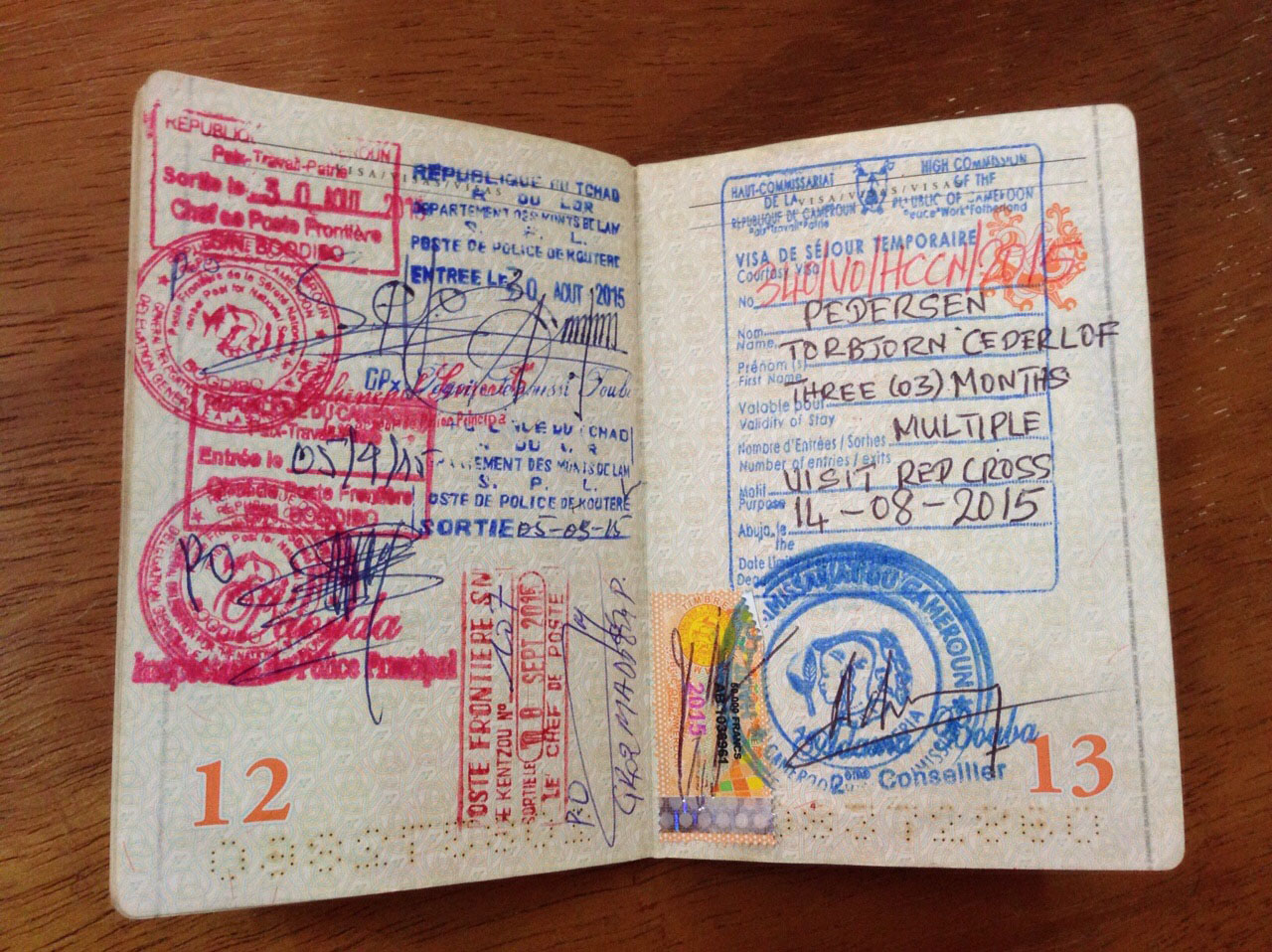 My multi entry visa for Cameroon has served me well!
Most of the embassies are concentrated around the "Bastos" area which makes it a lot easier in terms of logistics. I was dreaming of getting a new visa for each day of this week. How naive was I?!? Well, with some better planing I suppose I could have done better but this is status for now:
Upcoming countries and visa status:
Equatorial Guinea:
status unknown
Gabon:
visa in progress
Saõ Tomé & Principé:
online visa application in progress
Congo Republic (country #100!):
visa in progress
DR Congo:
status unknown
Angola:
status unknown
At this point I'll try to get the visas for DR Congo and Angola from Brazzaville in Congo Republic (yes, there are 2 Congos). Trying to obtain them here in Yaoundé would cost too much time. 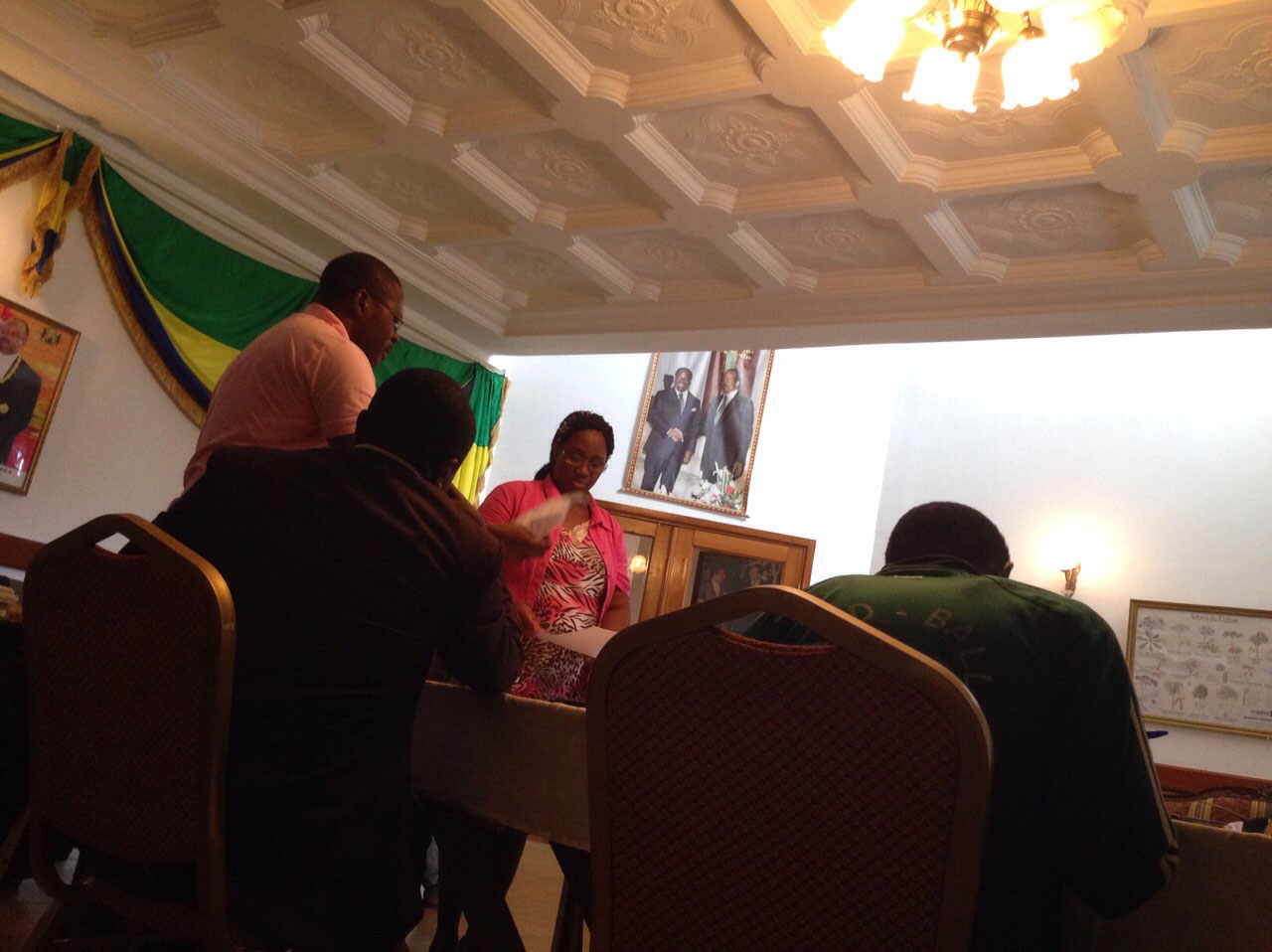 I'm not saying which embassy. But the woman in the middle is certainly a queen in her kingdom of visas. Never before have I seen such rude behavior towards applicants. And smiles don't come easy.
With a little luck and a lot of hard work I might be able to move forward again in the beginning of next week. And that might just be fast enough for me to reach 100 countries before October 10th which in term would mean 100 countries in only 2 years travel time! That might mean nothing to you. But it means a lot to me as it indicates that I could complete this journey in 4 years. It's a rubbish indicator as you can not compare the amount of time I spend on individual countries with each other. But it's a huge psychological barrier and certainly big league within travelers.
And as a personal little prize I would think that country #100 would be a great place to rest up for a while :) 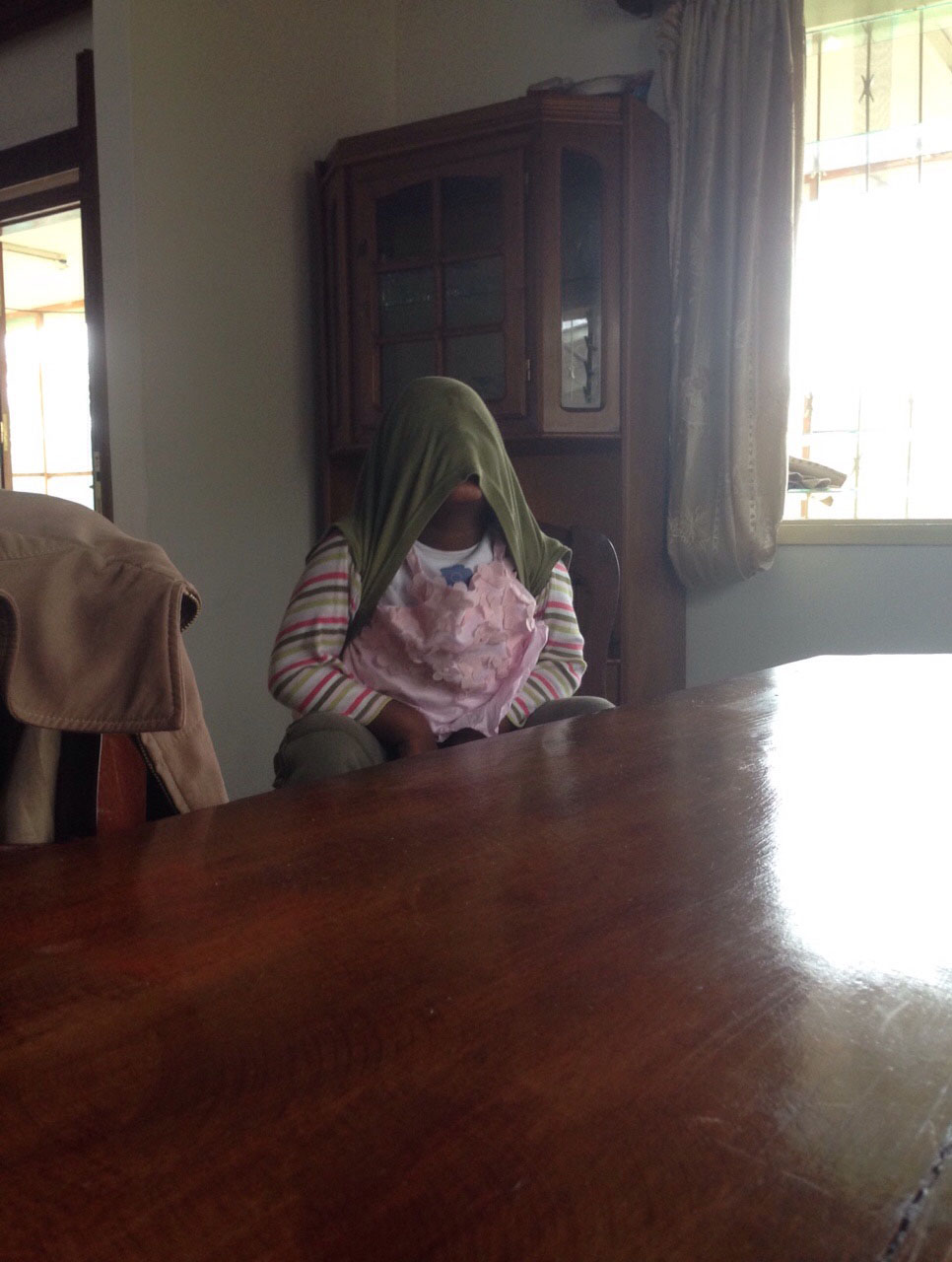 Umi, 3 years old and full of energy :)
Meanwhile I'm enjoying the oasis which Papa has created for me in his home and with his family. His 2 daughters, Umi and Fatima, are definitely no longer shy!! :) They love watching a video on my phone where my girlfriend is fighting hip-deep snow in Greenland. But to be frank they simply love anything which relates to a smartphone, an iPad or a tablet. I belong to a generation which can claim to have been born before the internet. I'm a dinosaur :)
Best regards
Torbjørn C. Pedersen (Thor) - frustrated, happy, tired, curious, exited...a dinosaur;)
Once Upon A Saga
back to top