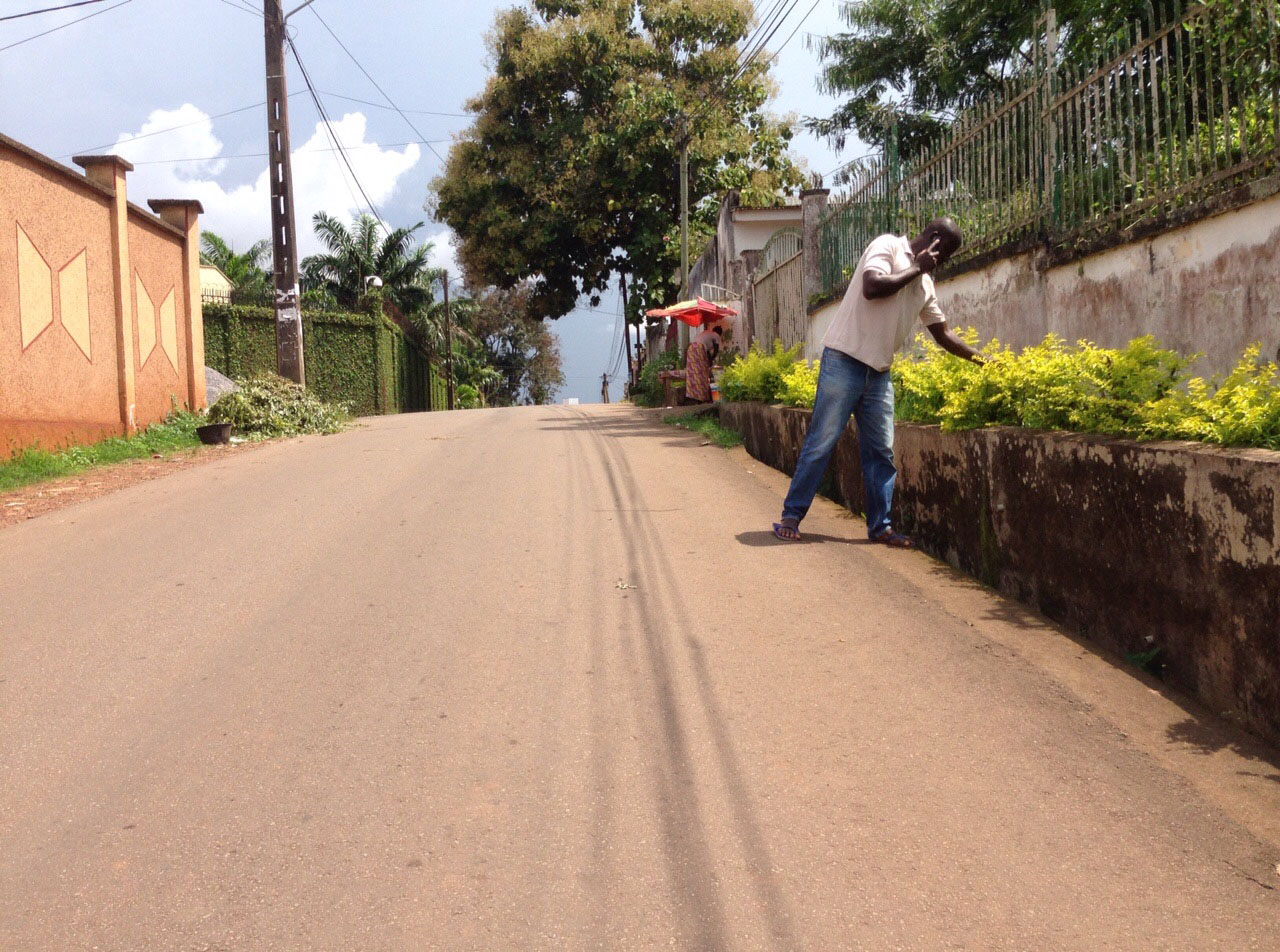 At this point I can look back at more than 700 travel days without having been home. We have reached 96 countries and we are coming close to 2 years. Will I reach 100 countries before the 2 year marker? No one can say for sure...but I think so!

It will, however, not play out as planed. Or at least...I don't think so. I have massively underestimated how difficult it is to travel to Equatorial Guinea. From the looks of it they do not want any visitors. They have fossil fuels and they have a small population and from the outside it appears that the government is contempt with that. But the Saga wouldn't be complete without a visit there so: "I'm working on it". 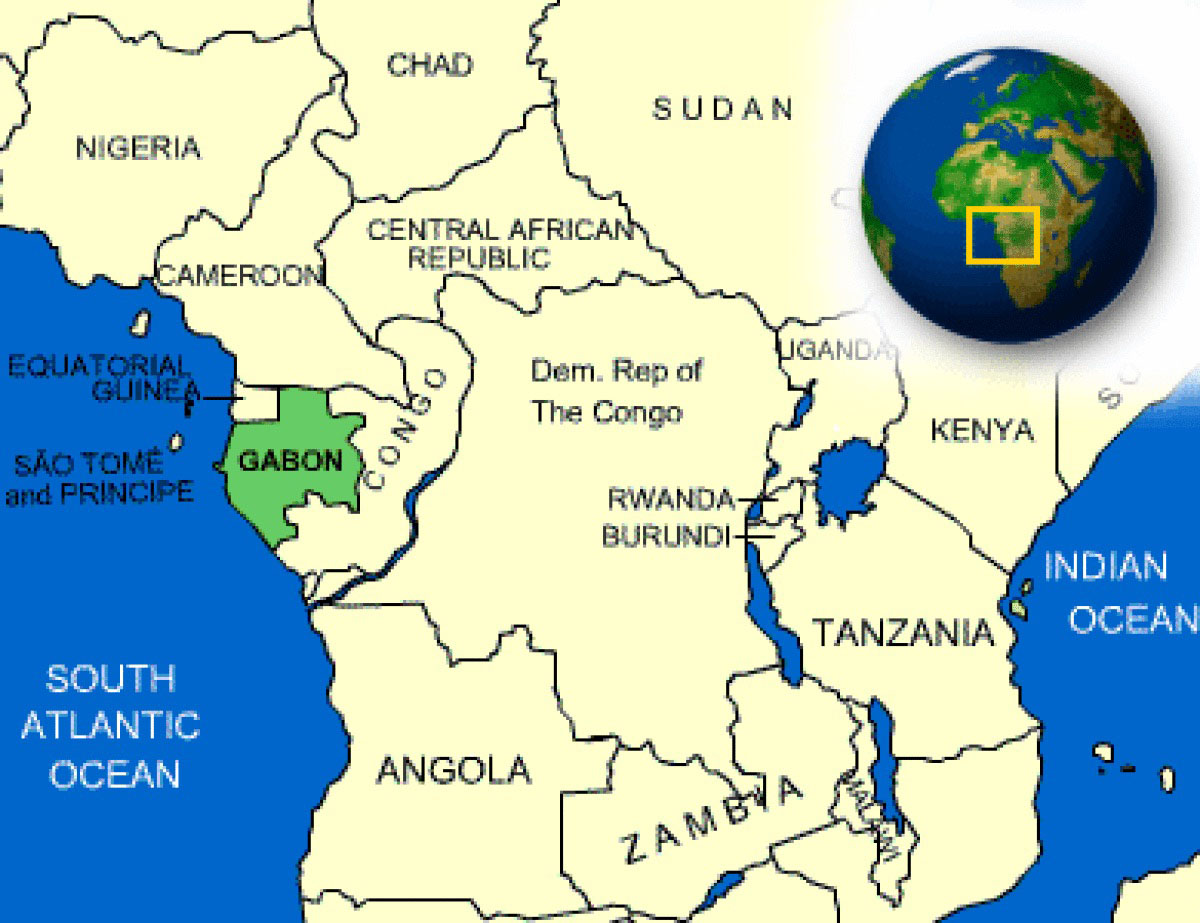 For now it looks as if I will bypass Equatorial Guinea to begin with. So my travel plans look like this: Gabon, Saõ Tomé & Principé, Gabon again, Congo Republic and DR Congo (there are 2 Congo's). That is 100 countries since I left home. And the cutting date for the 2 years is October 10th. I believe it can be done.

I have multi entry visas for Gabon and Congo Republic which means that I can backtrack to Equatorial Guinea (EG) without needing to apply for new visas. So that is plan A. Another plan is to try the embassy of EG in Gabon and see if I have more luck there. Another plan is to reach the 100 countries and hope for global attention which I can use to access EG. Another plan is to illegally cross the border to EG, go to prison for a little while and hope that they do not deport me by plane. I have a few more ideas...but let's stick with this for a while. 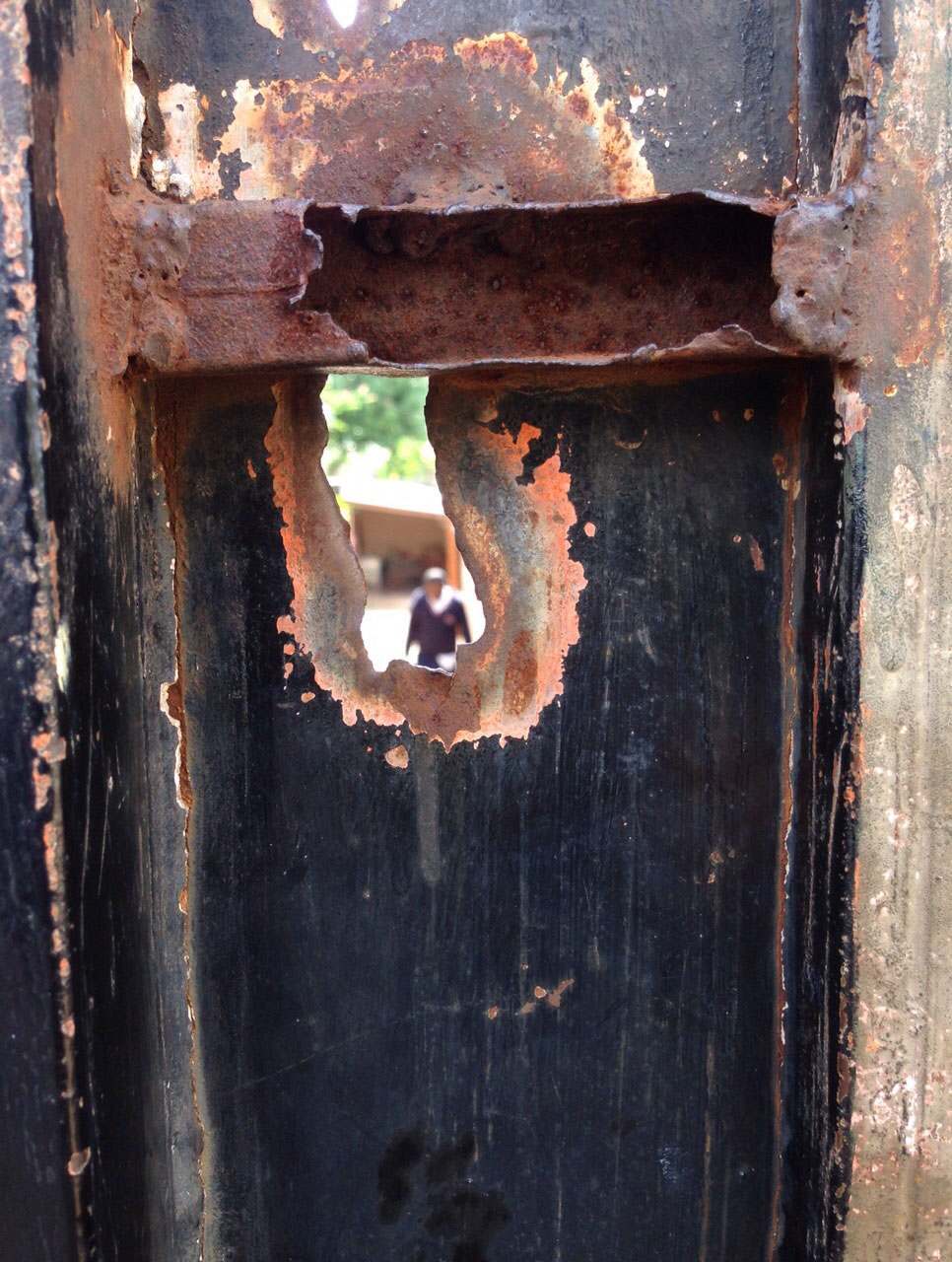 Life has been good here in Cameroon. I now have visas for Gabon, Saõ Tomé & Principé and Congo Brazzaville. I have invitation letters for DR Congo and Angola. It rains everyday but most of the time the sun is out. However when it rains...it RAINS! 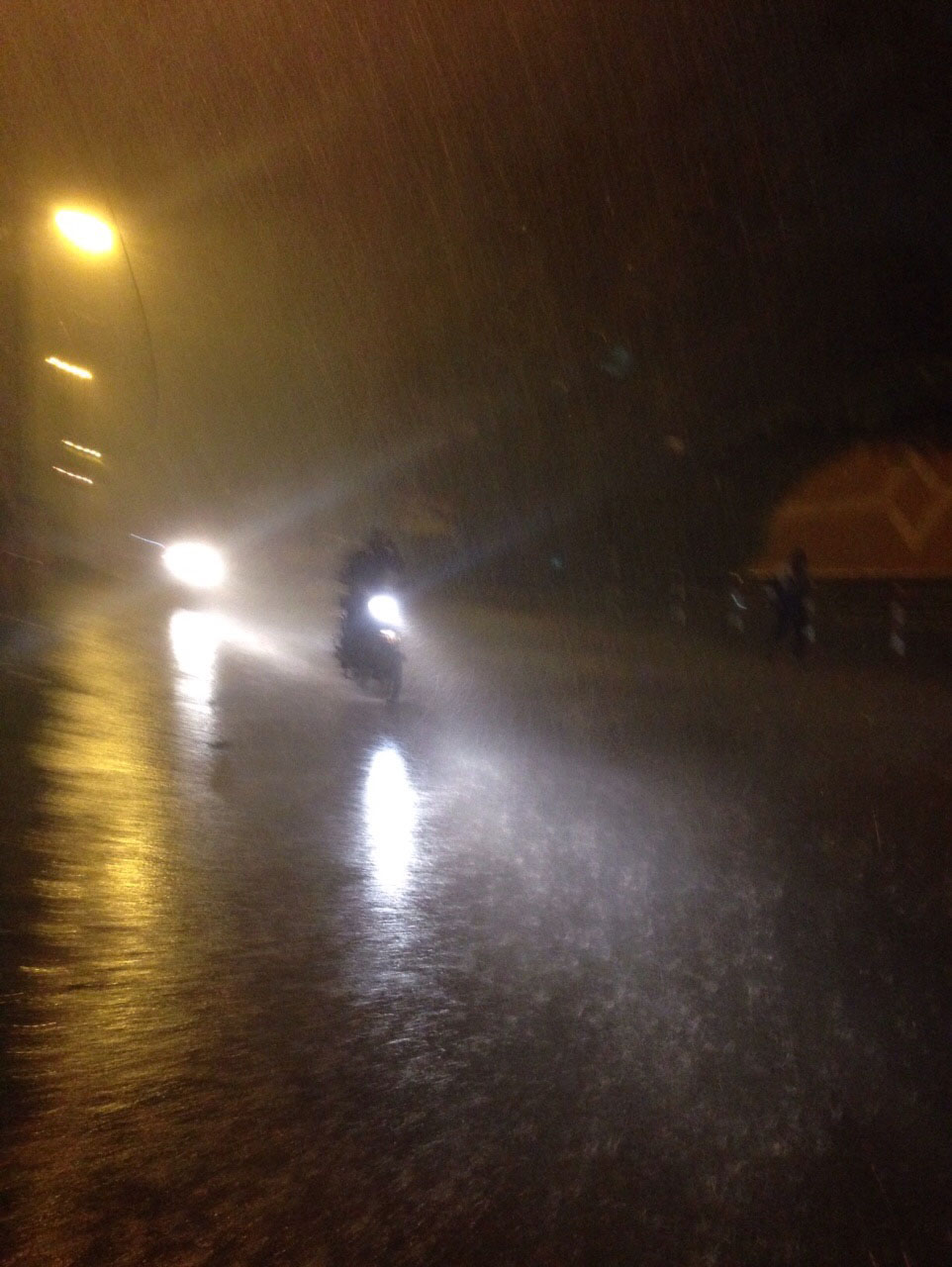 Yesterday the Muslim part of the population (about 18% of Cameroon) celebrated Eid which is a holiday. It's not really like Christmas but it has similarities. Family and friends get together, gifts are exchanged (some times) and it is a traditional and social event. It however also involves the slaughtering of a goat.

I was quite curious about the slaughtering as I'm not sure if I had ever seen something that big loosing its life up close. Up close and personal perhaps? Because there were 2 goats and they had been in the backyard for 3-4 days. I immediately named one of them "Bob" which had the family name the other one "Billy". Every night while brushing my teeth I would go out and say goodnight to Bob. And for the same routine in the morning I would do it too. 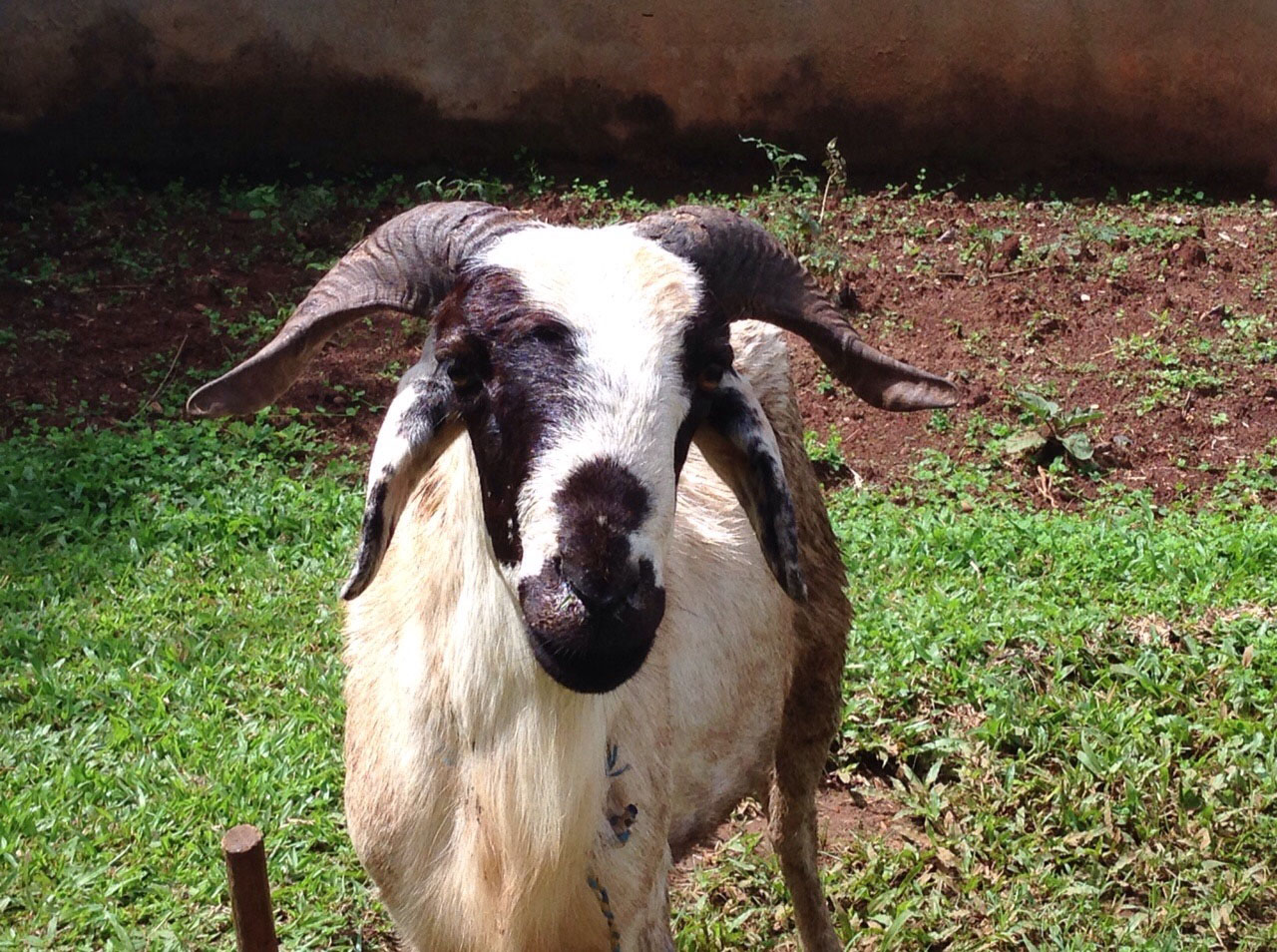 Now why slaughter a goat? Well, why dance around a tree? No...you can't quite compare. The reason Christians dance around a tree for Christmas is not religious. It came much later as a celebration of nature (some would say). But the slaughtering of a goat is a direct link to religion. In the Old Testament (so this goes for Christians too) God asked Abraham to take Abrahams sons life, to prove his loyalty towards God (this is the very short version of the story). Abraham was loyal and obedient and as Abraham stood with a knife to his sons throat God replaced Abrahams son with a goat. It was just a test. Ah...religion... :)

Anyway, today the story is remembered and celebrated at the 2nd Eid (the first one being after the Ramadan 1 month earlier). And I was looking forward to seeing the blood spill and the goat die. Not because I'm cruel and vicious. But because I was curios and because it seems like a natural part of life which I had never before experienced. How would I feel? What would it look like? Would it be barbaric? Was it cruel? How much time would it take? Could I learn from it? 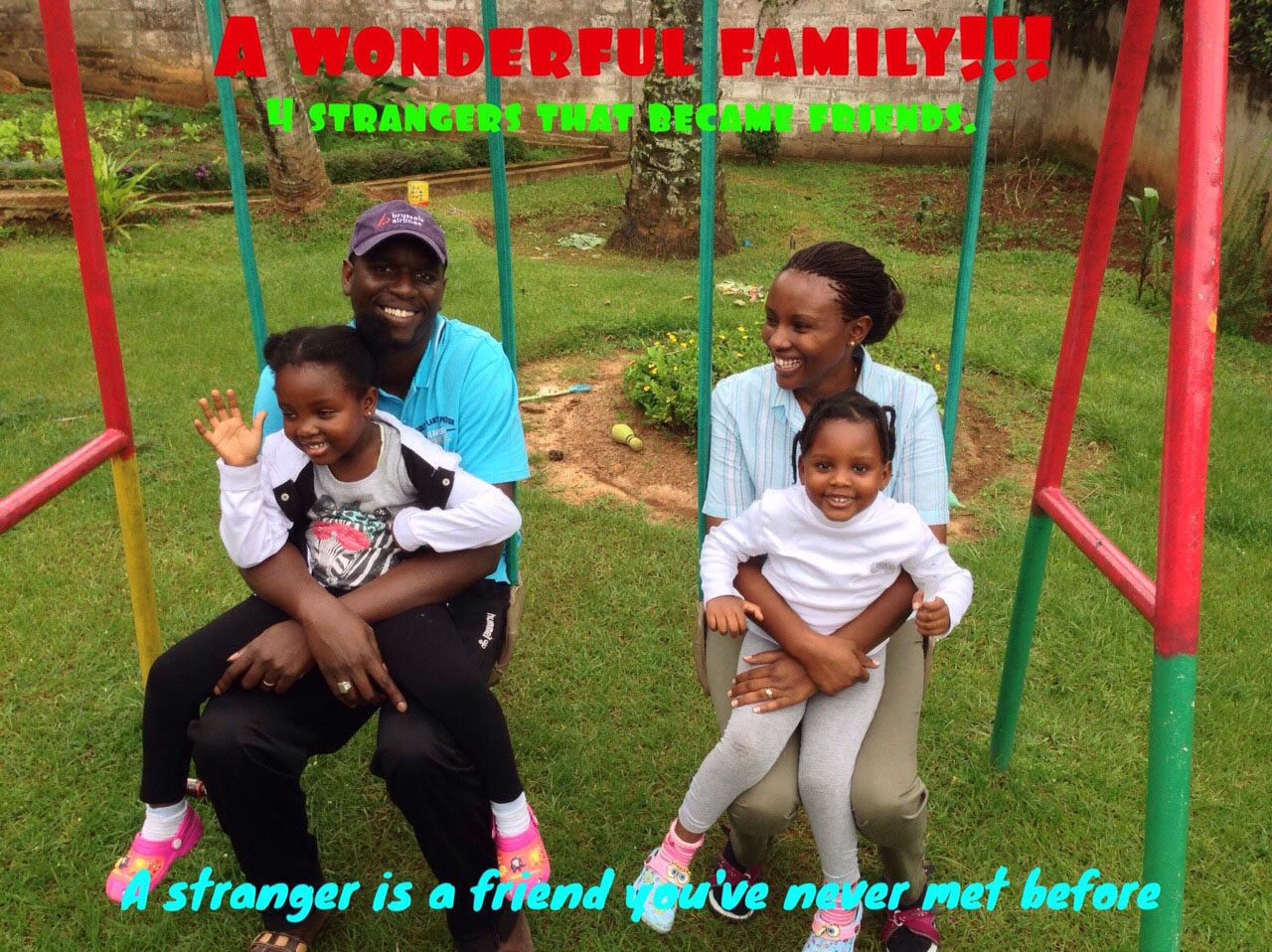 I've been staying with Papa and Joyce and their 2 lovely daughters, Fatuma and Oumi, for most of my time while in Yaoundé (Cameroon's capital). Papa was going to slaughter Bob and Billy. 3 friends had come to help and we were now all in the garden. Not far from us there was a small garden with vegetables and for the girls there was a swing and a trampoline on top of the green lawn. You see, Papa is doing well...he doesn't slaughter animals everyday and fight for survival. He and his family have a decent income, a nice house, flatscreen TV's, the Disney channel, smartphones and an X-box. This is a perfectly normal family and I'm somewhat tired of hearing things like "this is Africa" or opinions from people who think that everyone within this continent are butt-naked with a bone through their nose and ride elephants for transportation ;) 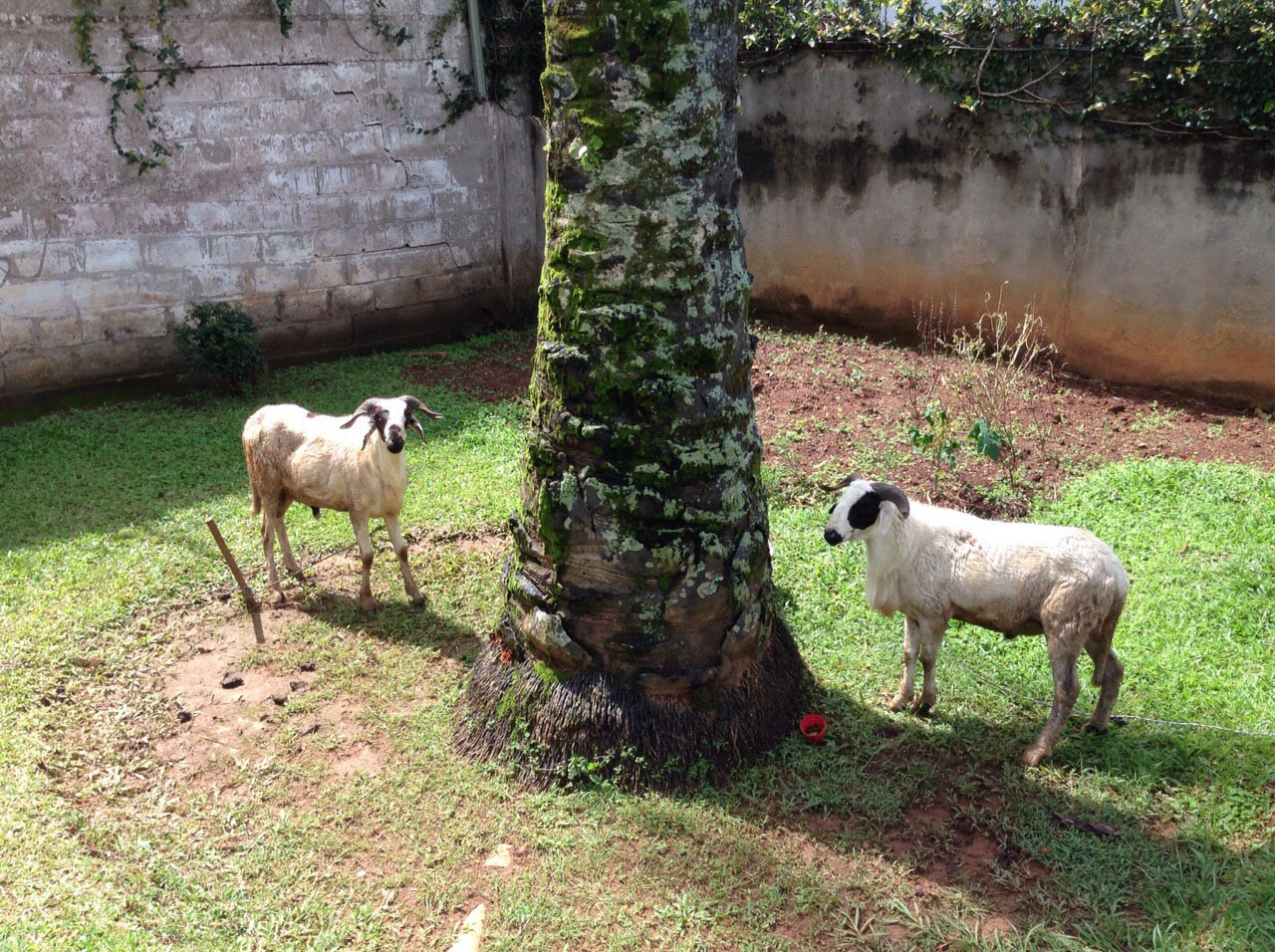 Back to the garden. The sun was shining and Papa came towards me with 3 sharp knives and a slightly macho stride in his walk. Earlier that morning he had been to the Mosque. The goats were eating grass and Papa put down his iPhone which was now melodically reciting prayers. He increased the volume and proceeded to untie Bob. One of the men had dug a hole in the ground near the garden wall. Bob looked calm as 2 men folded Bob's 4 legs under Bob's body and leaned the throat towards the black hole. Bob looked calm.

Now Papa grabbed the head by the horns while Fatuma, who is 5, and I curiously stood by. Papa looked at the knife, said a short prayer and then he swiftly cut the throat and volumes of blood poured out of Bob's body and into the hole. It was a matter of seconds. Bob was dead. A piece of white plastic was spread out on the grass and Bob was put down on top of it. Then it was Billy's turn. Equally quick and efficient. 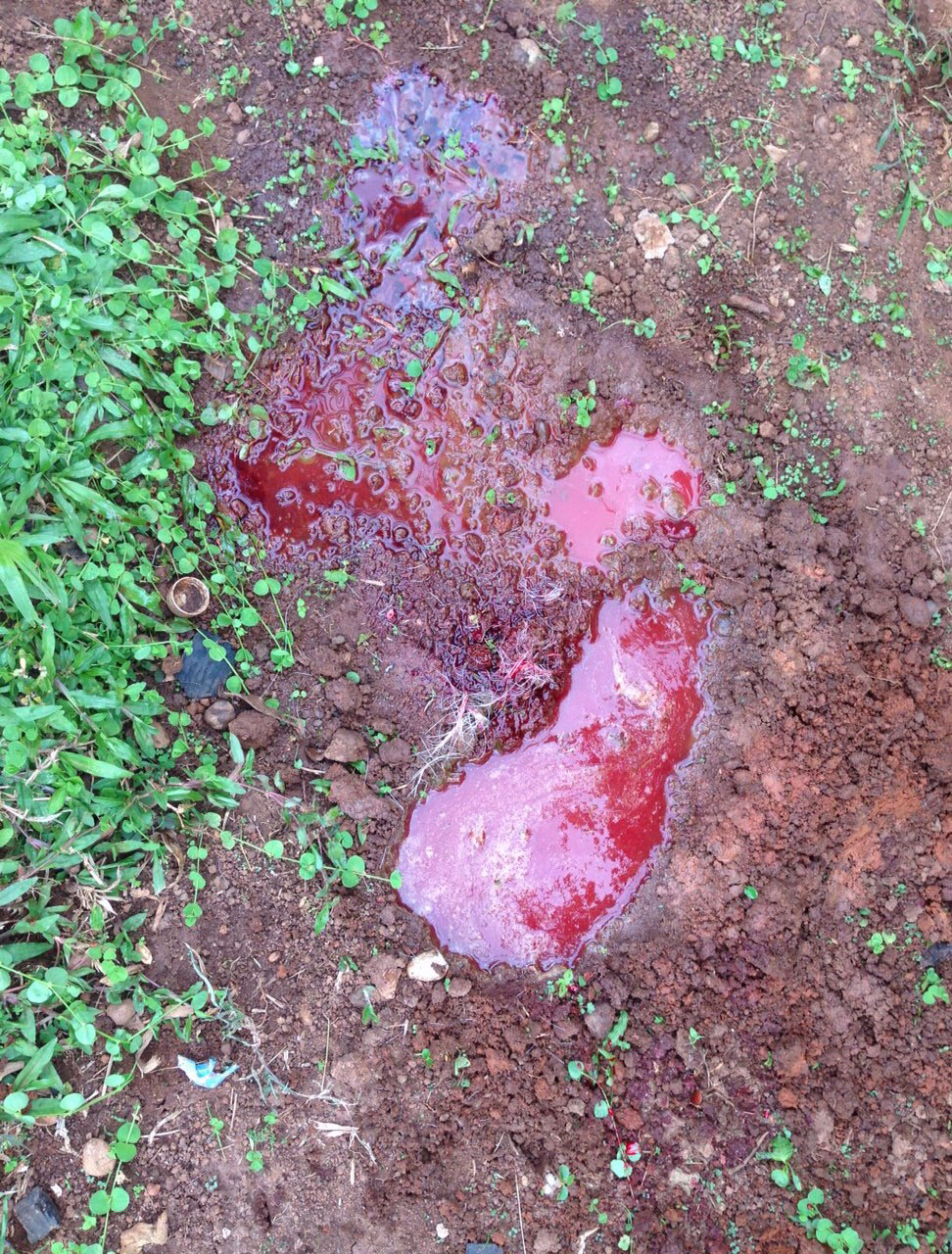 There are rules towards how the throat should be cut in order to ensure that it is Halal. Also if you are slaughtering several animals then the other animals are not to see their "colleagues" get slaughtered as it is considered cruel. You are also not permitted to sharpen the knives in front of the animals.

I watched closely as the men went to work on Bob and Billy. With routine and precision they removed the "coat" and proceeded to dissect the meat. Even some guts where prepared as food. Not much goes to waste. Whatever goes to waste is dug down into the ground and left there for nature. I was very curios to see how they would cut up the animals as I somehow think I will one day find myself in a situation where I will need to do so myself. Also I have a Danish hunting license and have seen how a deer is prepared after it has been shot. It wasn't much different. On one occasion I have seen a Greenlander prepare a seal within the Arctic Circle, which was something completely different! But that's another story.

Fatuma was completely un-flustered and as soon as she got bored with the men cutting up the meat she ran off to play. I was wondering how I would feel about eating Bob? 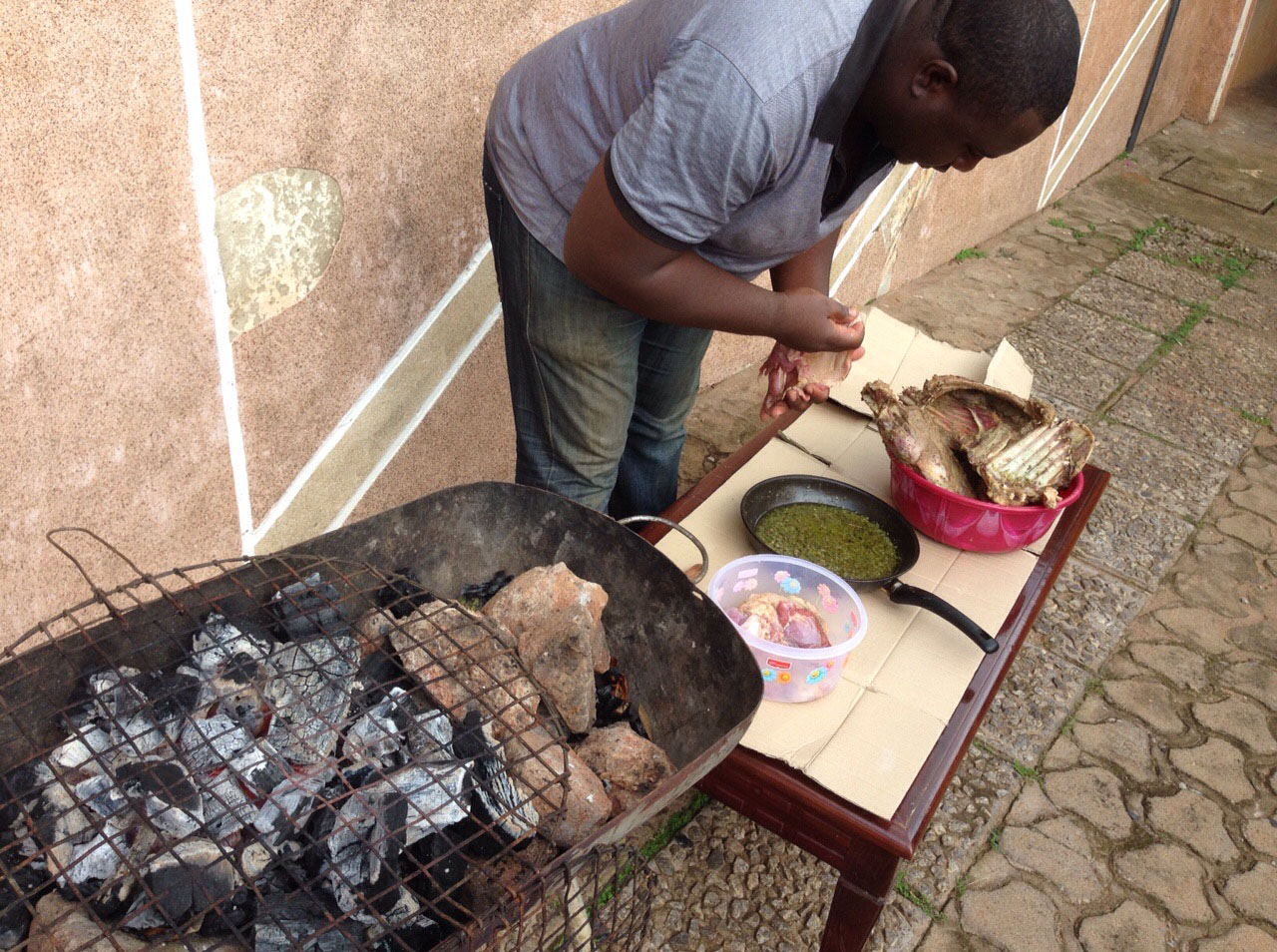 30 minutes later the BBQ was warm enough and probably within the hour the first meat went onto it. Before the main meal we all snacked on the liver which was delicious. As it happen to be it was also my breakfast. As to whether it affected me to eat Bob I would have to say no. I simply didn't care. Bob tasted great. 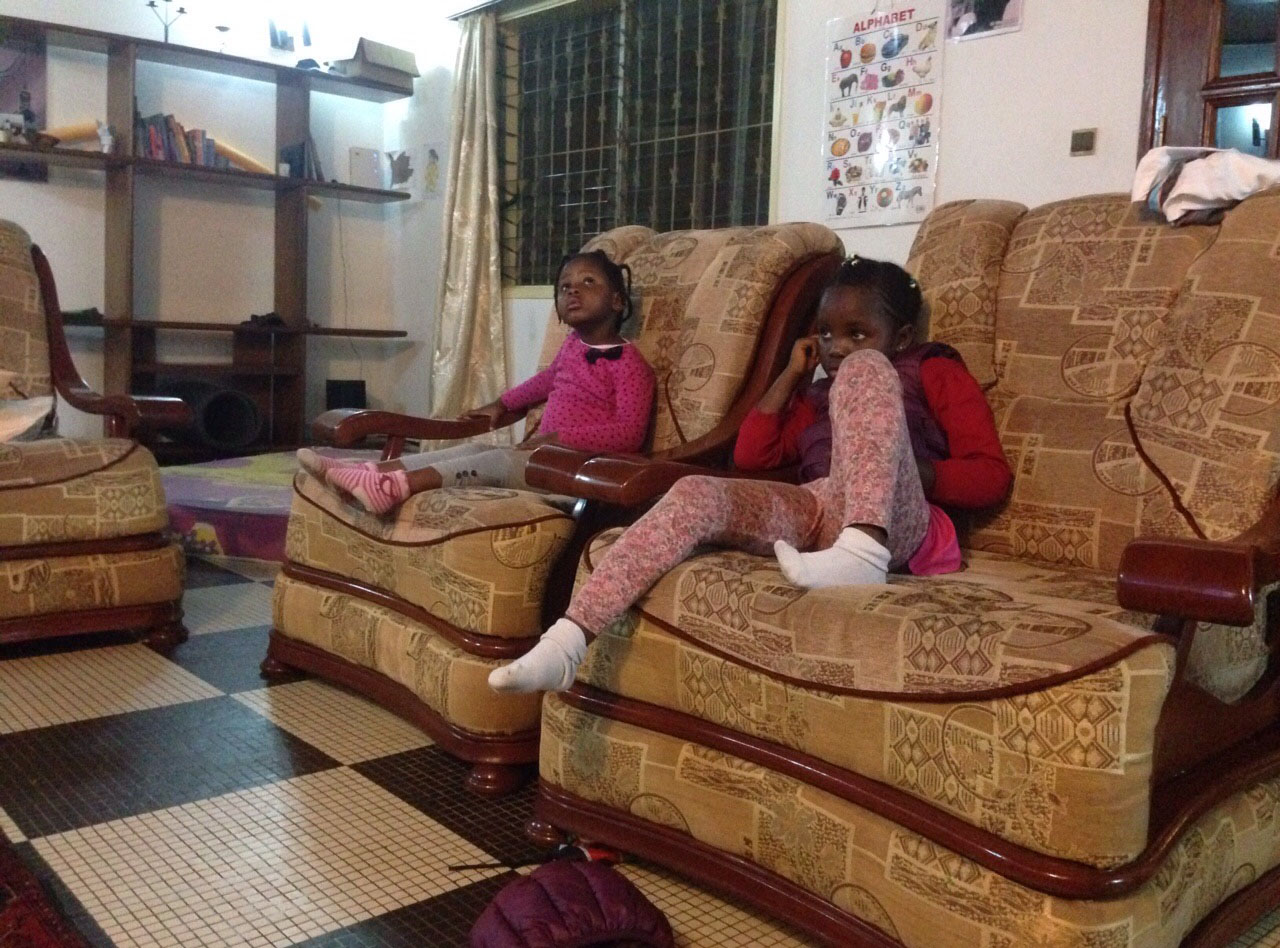 The day continued as a festive BBQ and friends and family arrived. We drank a river of juice and ate a mountain of meat, potatoes and salad. The TV was on in the back ground and the children where playing on the floor. Some stayed at the dining table for conversation while many started staring into their smartphones, connecting with Facebook and sending sms's. And that was sort of it. 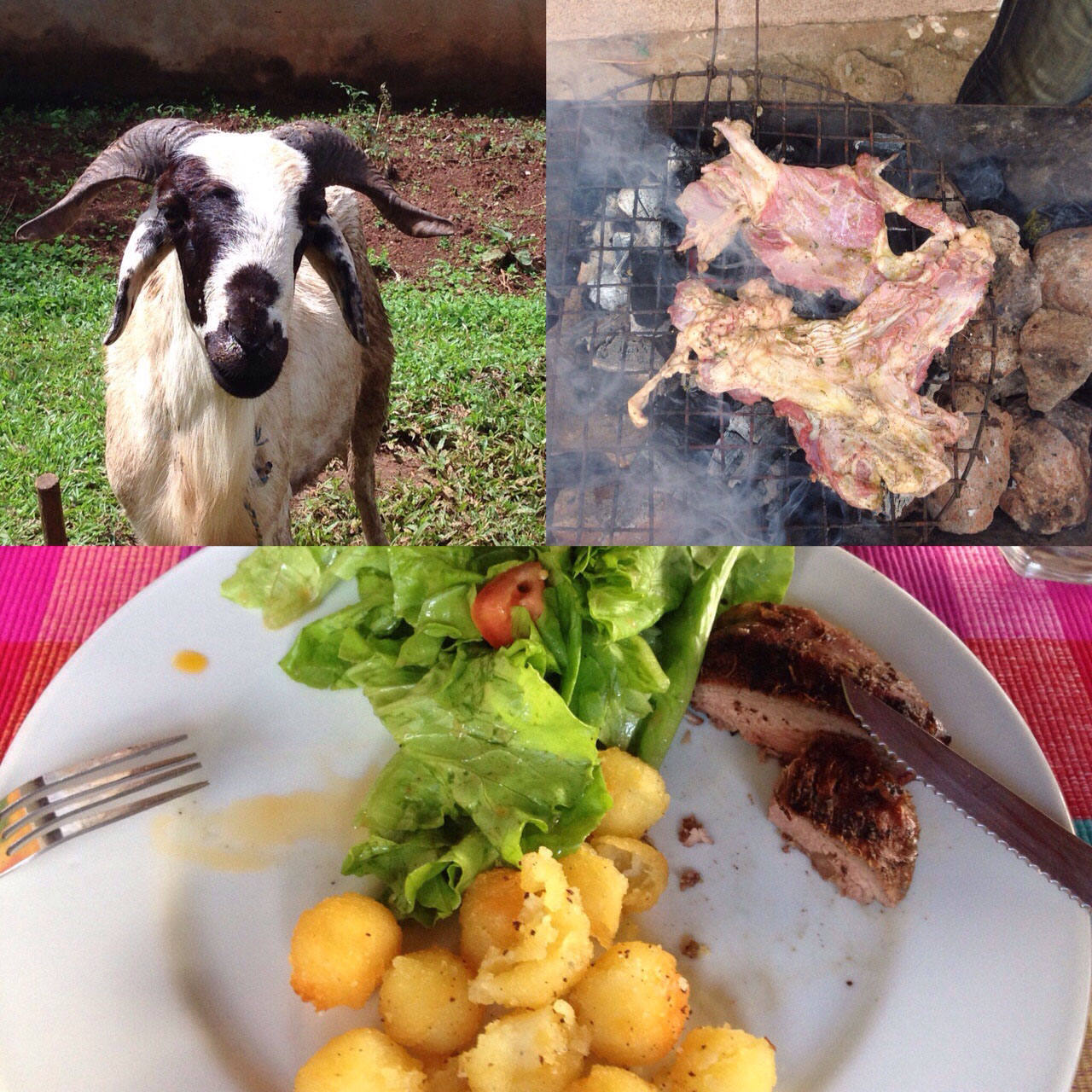 In a timely fashion the slaughtering was the smallest part of the day. So although important, it really wasn't what represented the day. The gathering of family and friends and sharing a meal was really what it was all about...I think :) 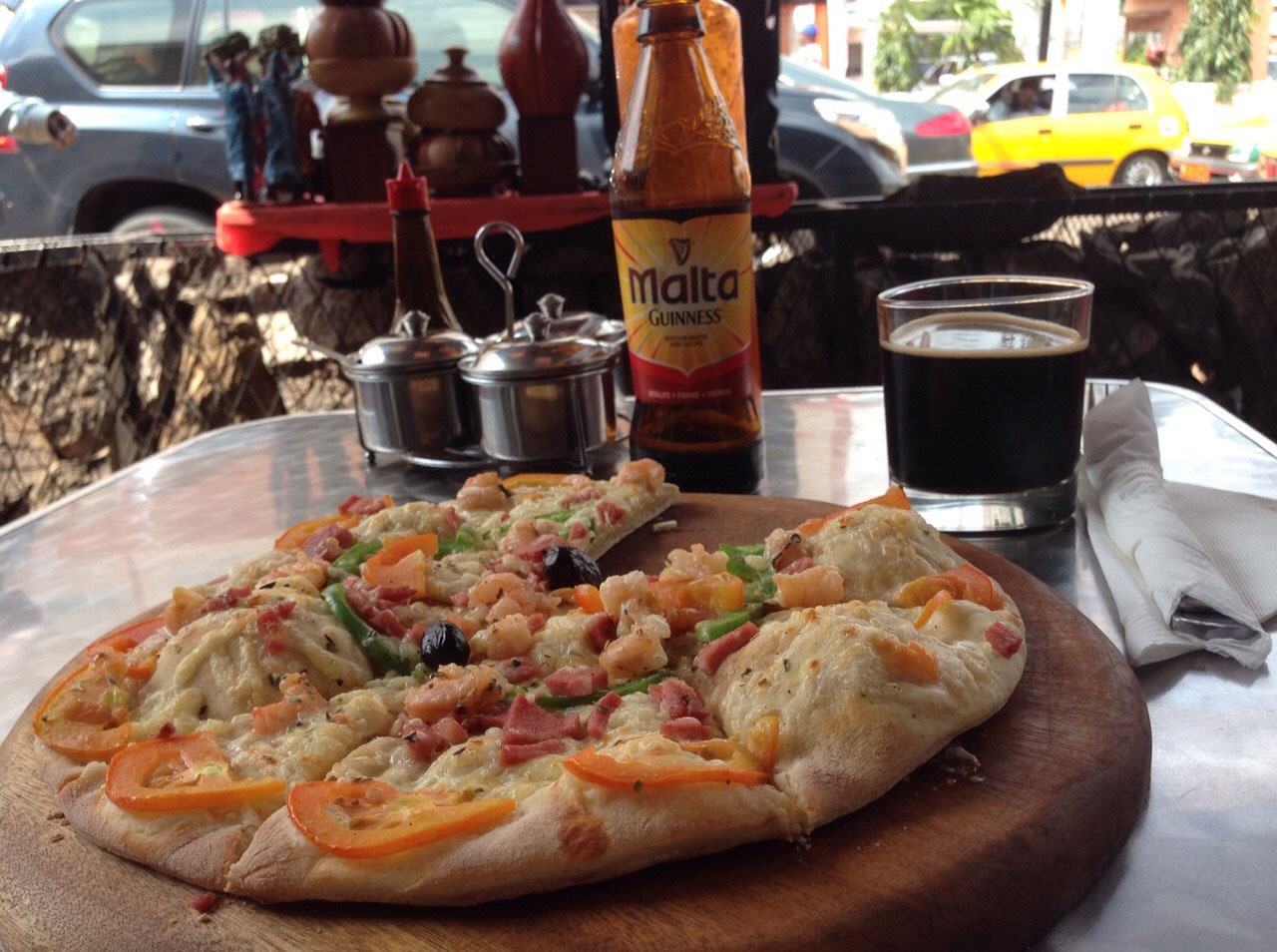 USD 6 for lunch is well within my reach on a USD 20/day budget. Although I rarely spend that much for a meal. But it made me think? As I was sitting there looking at cars and people passing me while I was enjoying my USD 6 pizza...perhaps most people walking by were actually seeing me eat a USD 136 pizza? And what does that then make them think of me? Even on a USD 20/day budget I am extraordinary rich to some people...

Now, a taxi is typically no more that USD 0.40 to put things back into perspective. So living costs are in some respects low. But still...it made me think. 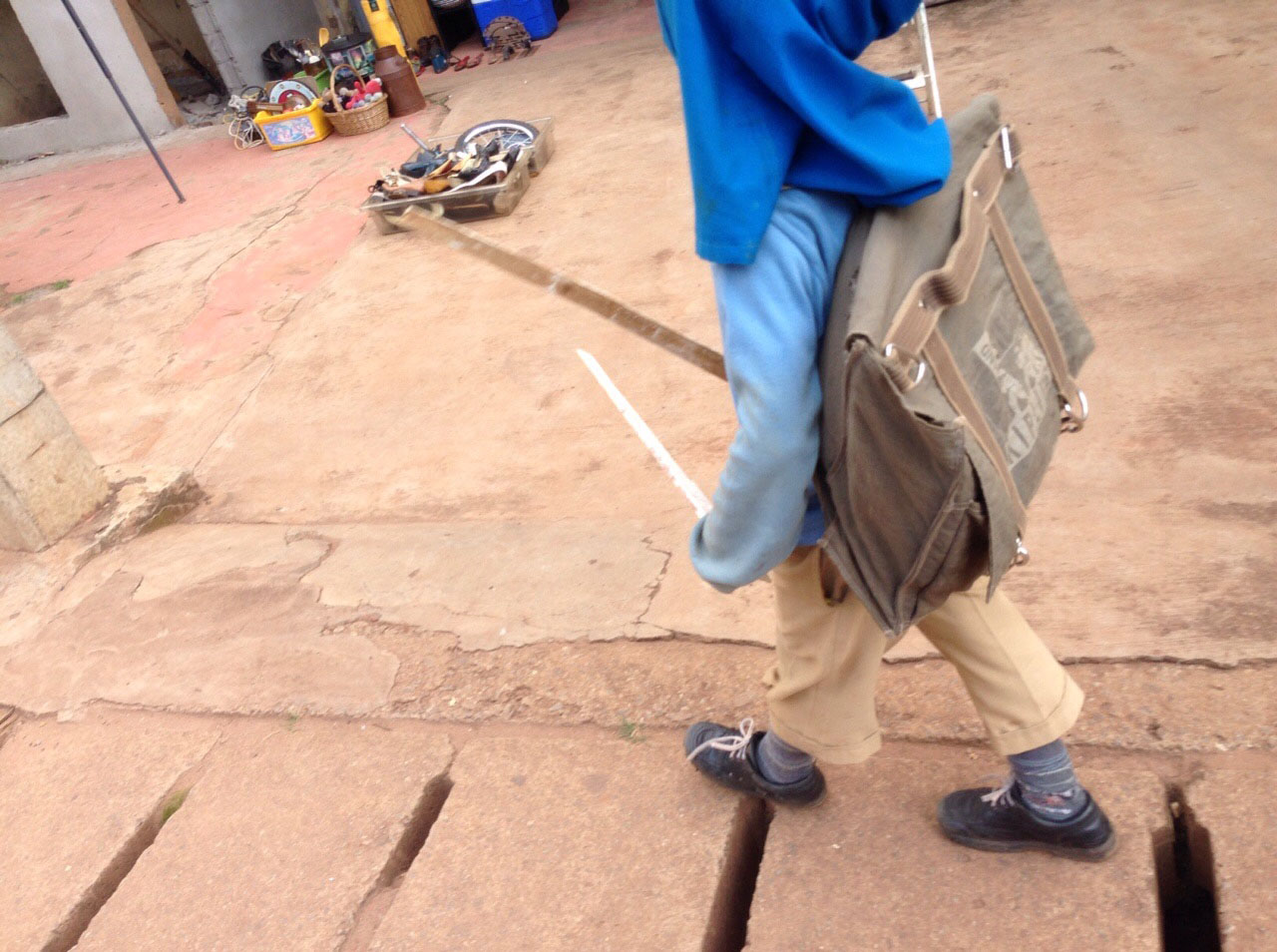 And that will be the end of Cameroon for now. Thank you Cameroon. I love you. You have served me well. And thank you Papa, Joyce, Fatuma and Oumi for treating me like a loved family member. And thank you everyone else for all your help!! This is not a one man project - I would be nowhere without the thousands of people on my path.

Once Upon a Saga