Another week has passed…

The Saga reached Hong Kong on January 27th 2020. The next day, on January 28th, I disembarked the good vessel “Kota Hening” next to Hutchison Ports Headquarters without even knowing it. Last week I returned.

You know, sometimes I can sit down and write, and write, and write… However today is not a day like that. I would rather be free of posting an entry today. But I am afraid of slacking off and descending into a lifestyle of zero productivity and loads of self-pity while stuck due to COVID-19 restrictions. So here we go… I generally write the entries, and get them ready, every Thursday so that they can be posted online every Friday at 06:00am. That in turn means that whatever happens on Fridays generally doesn’t make it into the weekly Friday Blog. Last Friday was however eventful. I had been invited to come and speak at Hutchison Ports, which is a leading network of ports around the world and owned by Hong Kong’s wealthiest man; the business magnate Sir Li Ka-shing aka “Superman-Li”. This came into place after a friend introduced me to Ken Chou who is the Group Commercial Director at Hutchison Ports. Ken has a really good sense of humour and a kind heart which you will soon come to understand. 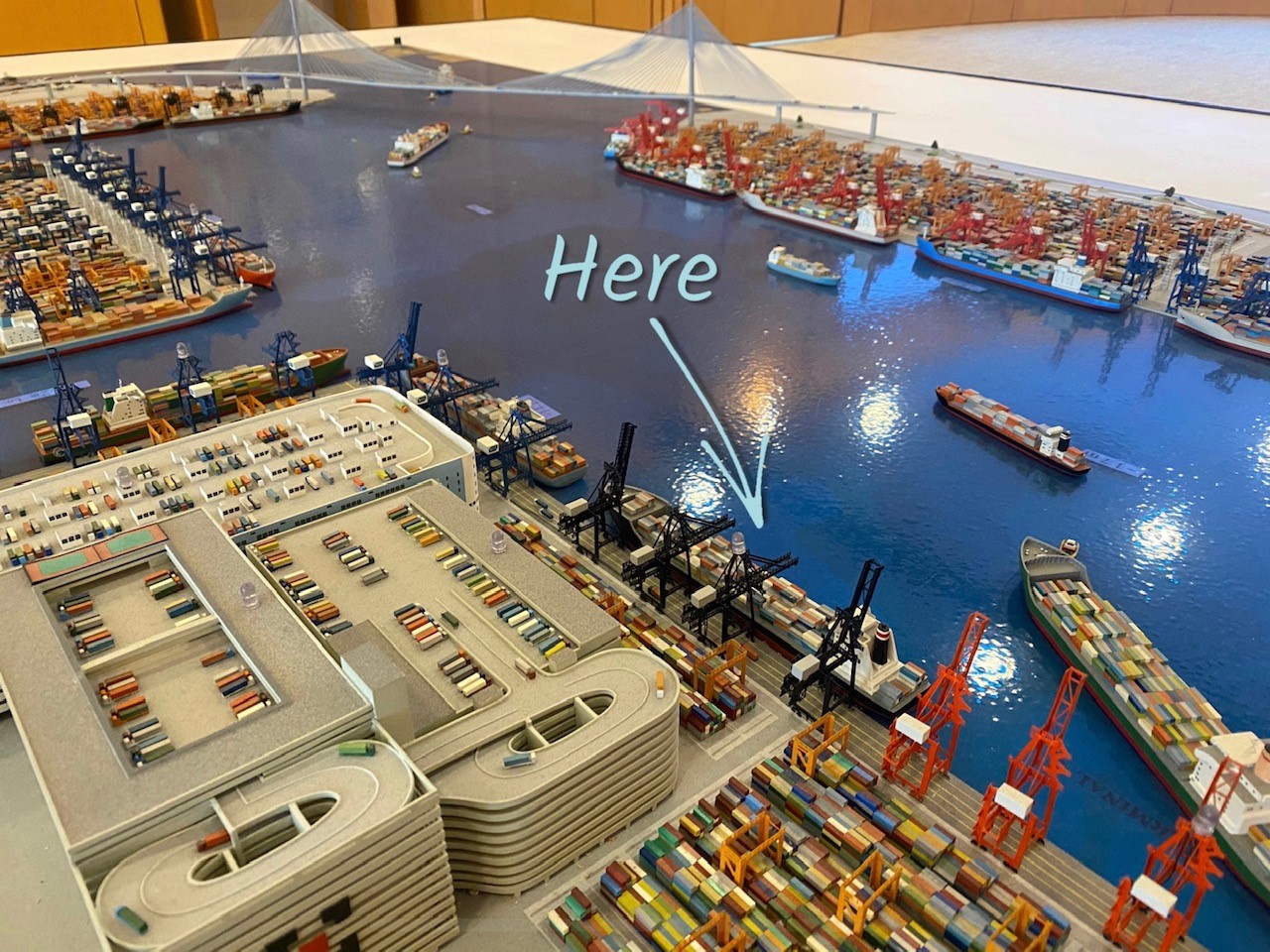 On this fantastic model I could see where Pacific International Lines (PIL) brough us to HK back in January. 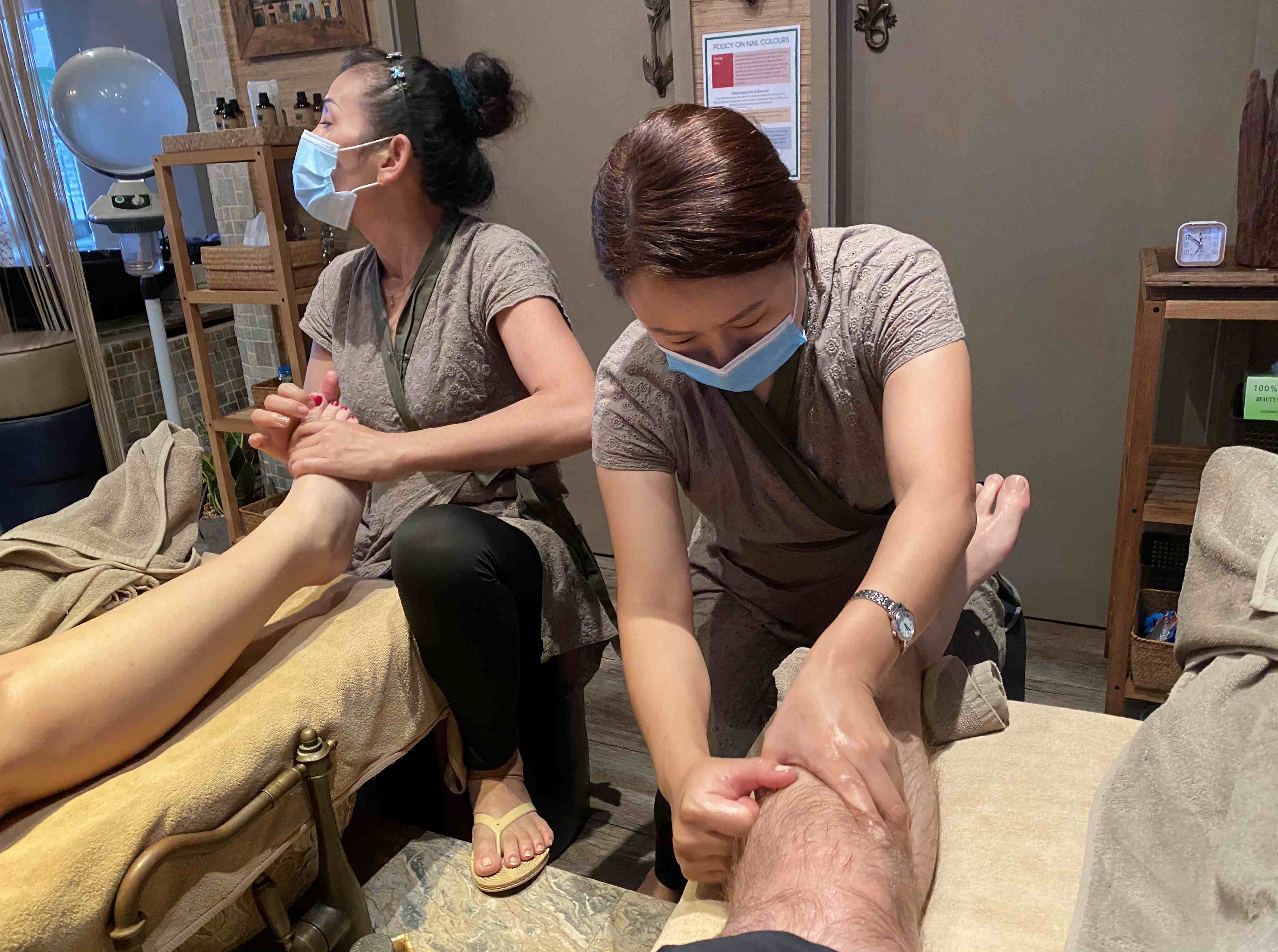 Can you work out which leg is mine and which belongs to Anita? ;)

The talk was to take place in the afternoon which worked out well as Anita (from the Ultimate Step Challenge HK) had invited me for a foot massage upon hearing that my feet had still not recovered. In addition to that I can report that I lost a nail a few days ago but a beautiful new one is already growing in its place. It turns out there was more truth to my words than I knew when I announced that I would take half a million steps within a week and destroy my feet in the process. Keep in mind that in spite of my efforts I didn’t win but came in third behind Treadmill Poul and Jakob whom I assume will both be tied up in a doping scandal sometime in the future. Anders came in on a fourth place but only because he wasn’t competing with the rest of us and solely desired to reach his target of 505,050 steps (he could easily have beat both Jakob and I). Remarkably both Anders and Jakob kept accumulating steps in the weeks that followed and both reached a million steps within a month! 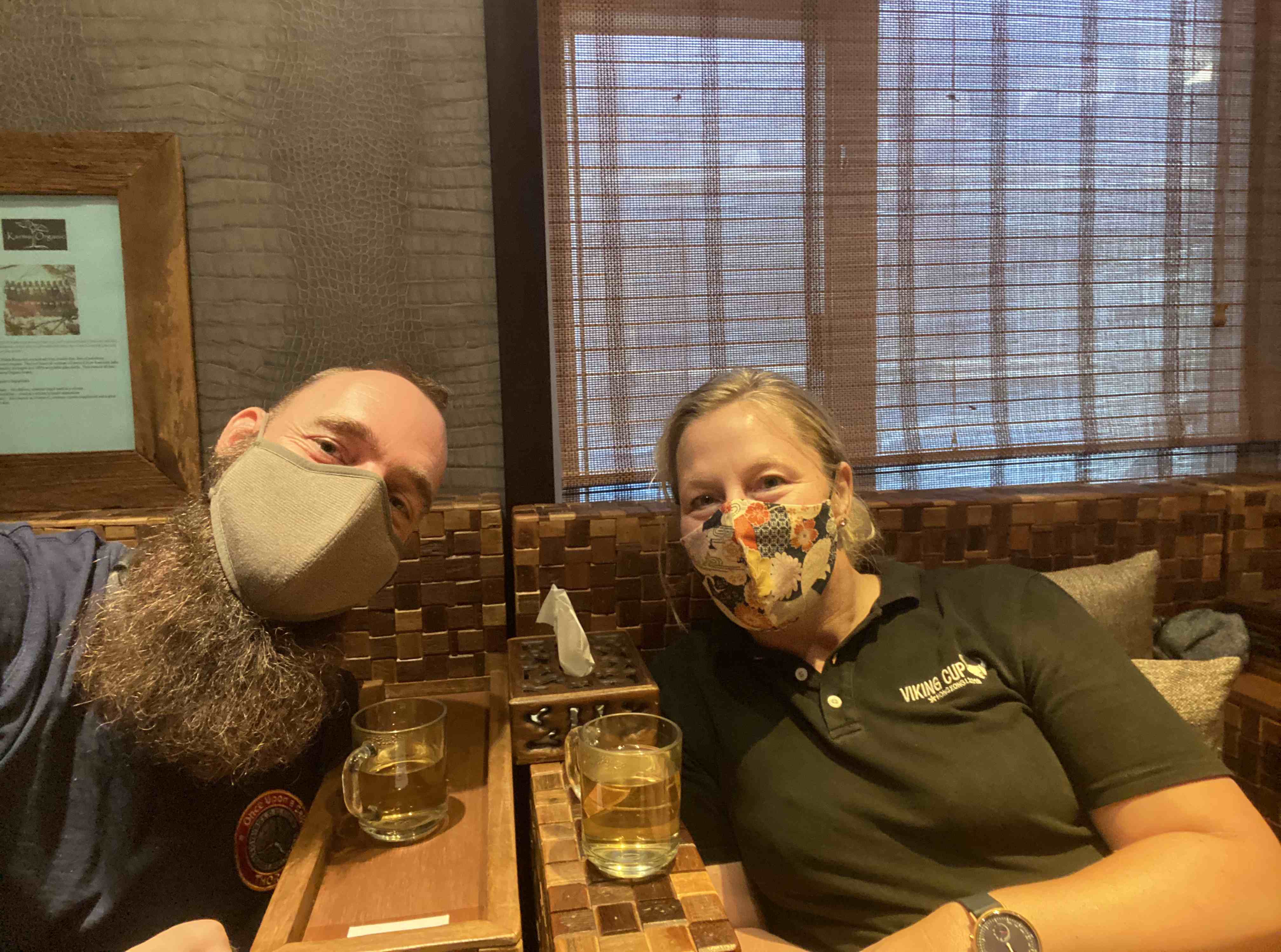 Anita is a real Viking Woman! And a wonderful one at that! :)

Anita did really well too! Ironically the only one who didn’t outperform himself was the perhaps most competent of us all. My friend Brett from The Running Klub joined in on day three on my request to fill the void of an inactive profile within the challenge. And that week Brett was tied up in his studies so barely moved beyond his desk. But on the week of the challenge everybody else took more steps than they had ever done before and nearly everyone was in direct competition with someone as a part of it. I’m not really surprised that my feet still hurt given that I managed an ultra-marathon seven days in a row. And I’ve got a feeling that it won’t be the last time I do such a (stupid) thing. Anita is amazing though! She has been in Hong Kong for many years and thrives here. Hong Kong used to offer quite a remarkable scene for having a really, REALLY good time. I’ve heard more than one juicy story by now. Anita and her husband Christian somehow survived that era and transitioned into a respectable family life as parents to a beautiful baby boy. And we have Anita to thank for all the Misfit Command Hybrid Smartwatches which her company donated. I believe all the winners have received them by now? If not then let me know. 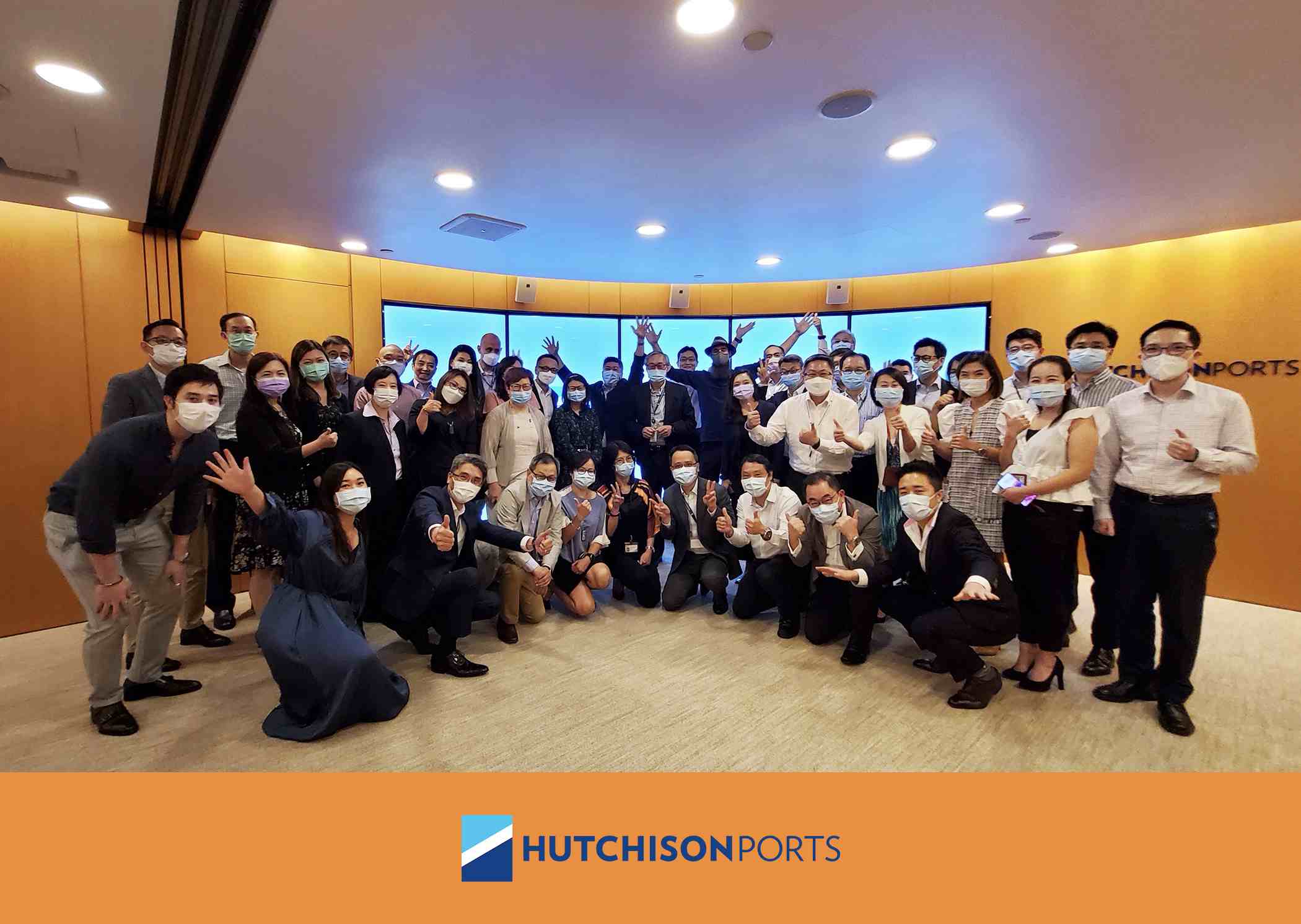 SUCH A PLEASURE!! Thanks you for showing me a good time!! :)

Yes, so Hutchison Ports. They operate the majority of Kwai Tsing container port here in Hong Kong, which is one of the busiest container ports in the world. The group counts over 30,000 employees operating ports and terminals in twenty-seven countries around the globe and can date the groups origins all the way back to 1866. It was quite an honour for me to come and present the Saga for some 40-50 kind, bright and well-dressed employees at Hutchison Ports. At this point I have had the pleasure of sharing the Saga with audiences across fifty-nine countries on more than a hundred occasions. The talks focus on the adventure, the logistics, the Red Cross and my impression that the world is in fact a lot better place than what it most often gets credit for. As always, I aim to inspire, motivate, educate and entertain with my talks which have halfway developed into a stand-up routine. Since leaving Denmark in 2013 I have become one of this planets 300 most travelled people measured by countries and regions. That means that in a world that now hosts 7.8 billion beating hearts your chances of running into someone who has experienced more of the world than I have would be 1 in 26 million. It is obviously not just about where one has been but also the experiences which such a journey includes and the learnings which follows. We had a good time together and afterwards went up on the roof for some Danish inspired food: hotdogs, meatballs, creamed potatoes and aebleskiver with jam! Solid!! It was all accompanied by beer from each of the twenty-seven countries Hutchison Ports operates in (except from Saudi Arabia of course). 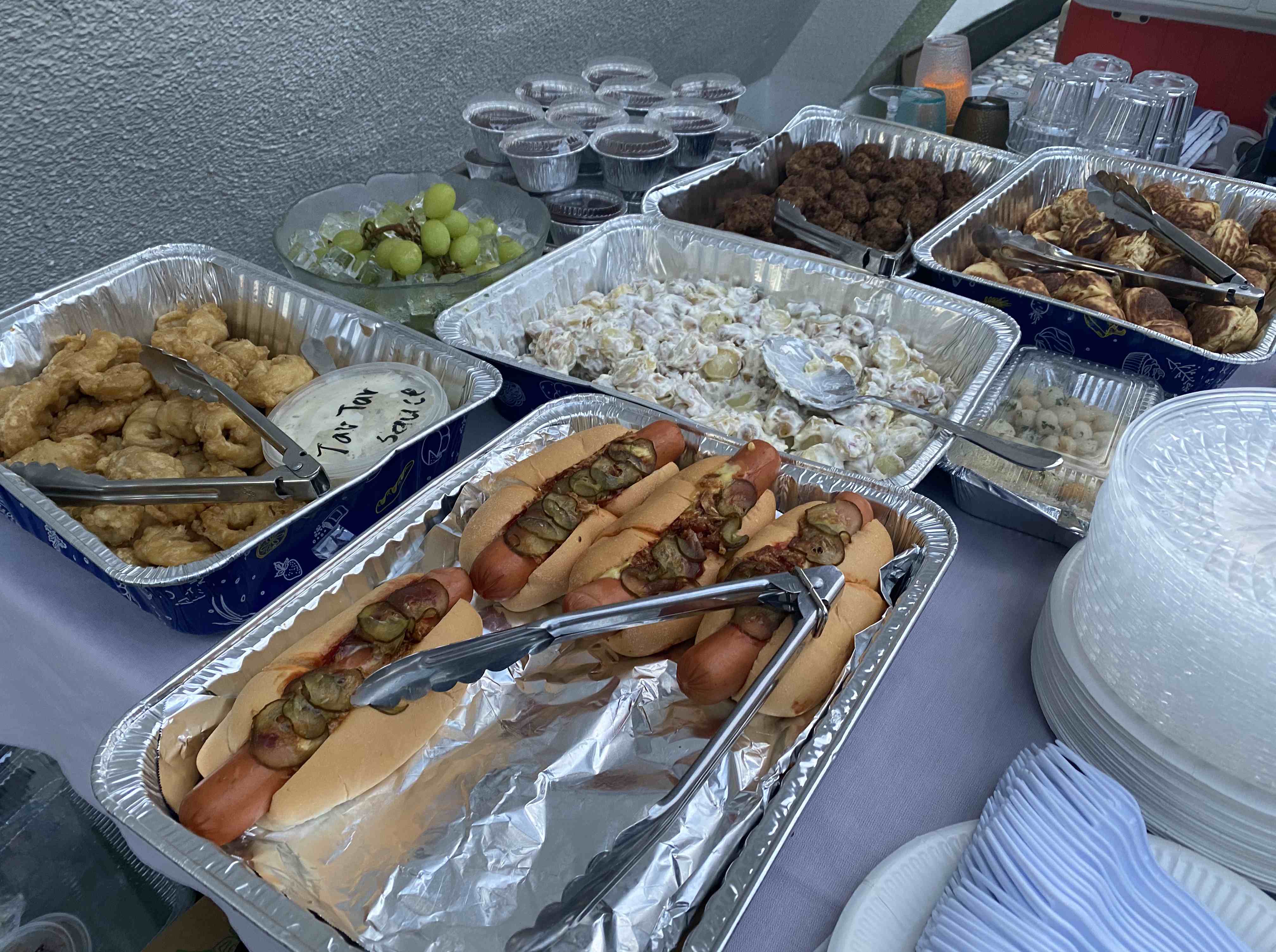 Ken's good heart had arranged for a Danish meal! :) 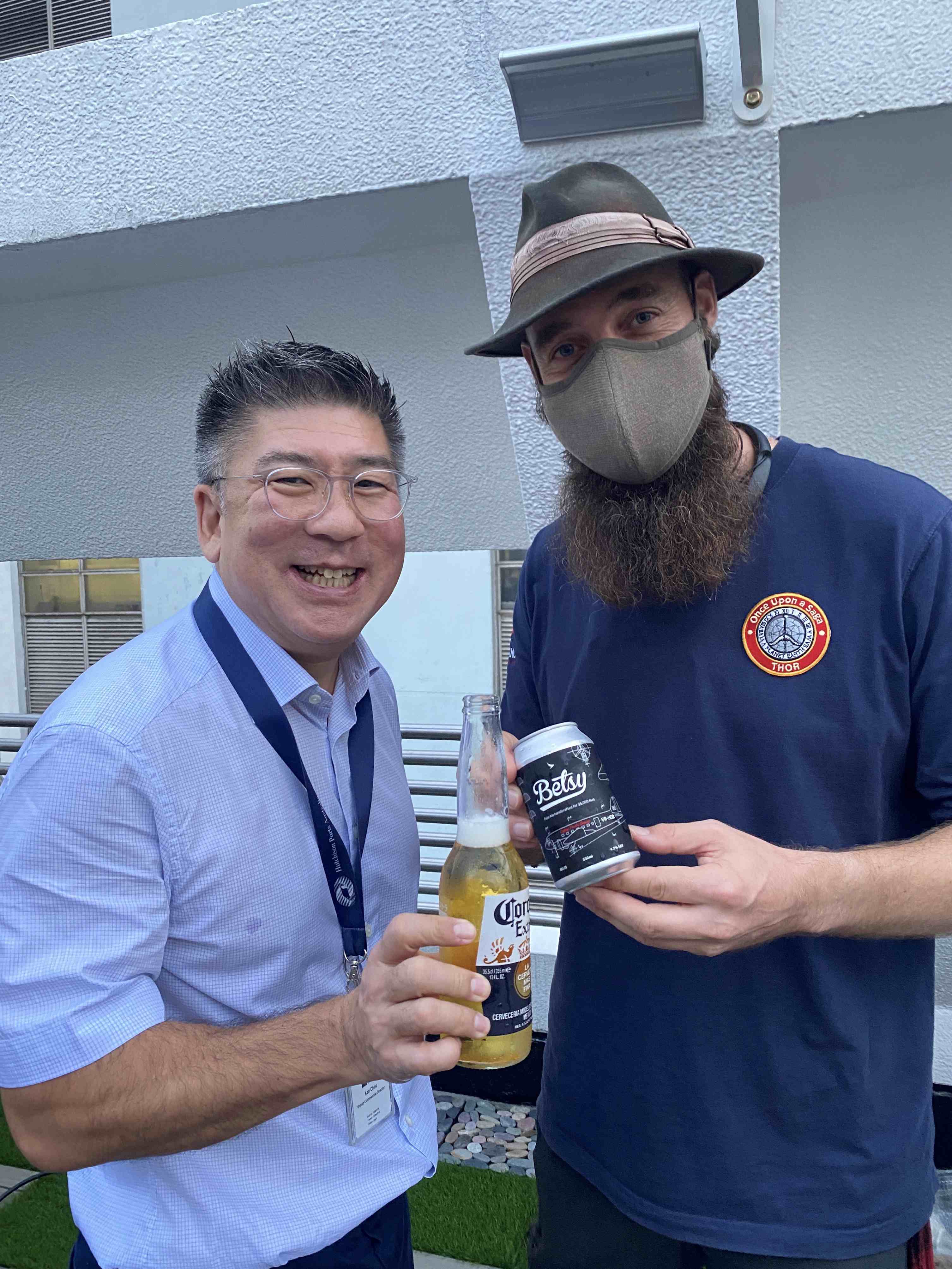 In the big picture that was what I’ll share with you this time. In short there where a few online speaking engagements (you can view the Kilroy Travel one here), I went for a few hikes, met up with some friends, replied to a bunch of emails, kept social media alive, skyped with friends and family, did some physical exercise, went shopping, went to the cinema (and watched “Tenet” which is cool but spectacularly complex to follow), I did some research on various matters, I procrastinated some as well, I read the first five chapters of a new book, I did some filming with Hong Kong Tourism Board and as a part of my new established life in Hong Kong I cleaned, cooked, washed and wrote this thing for you. I highly recommend reading last week’s entry which has some “meat on it”. Here are some nice photos for you. 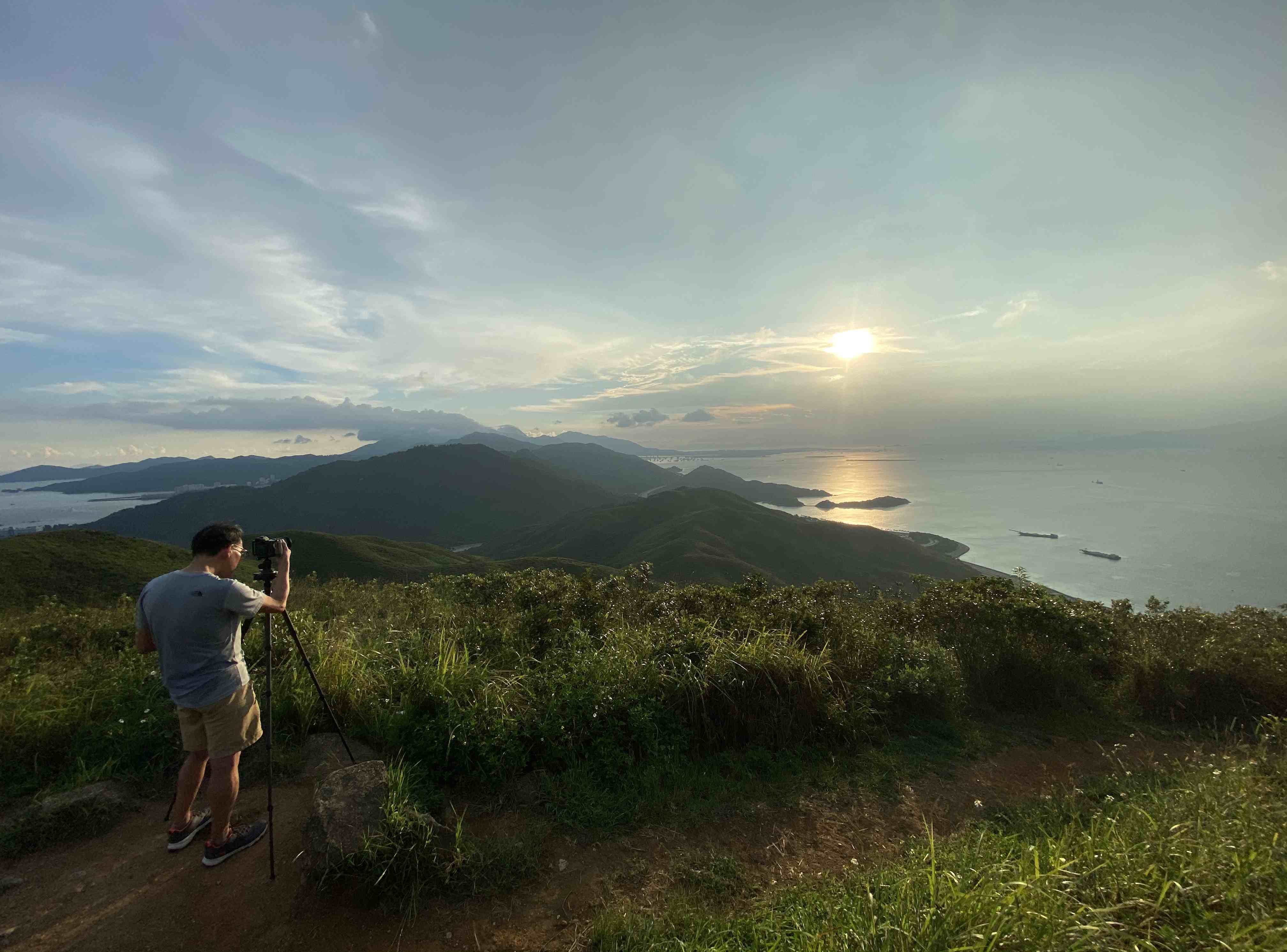 Whenever the sun sets the cameras come out. 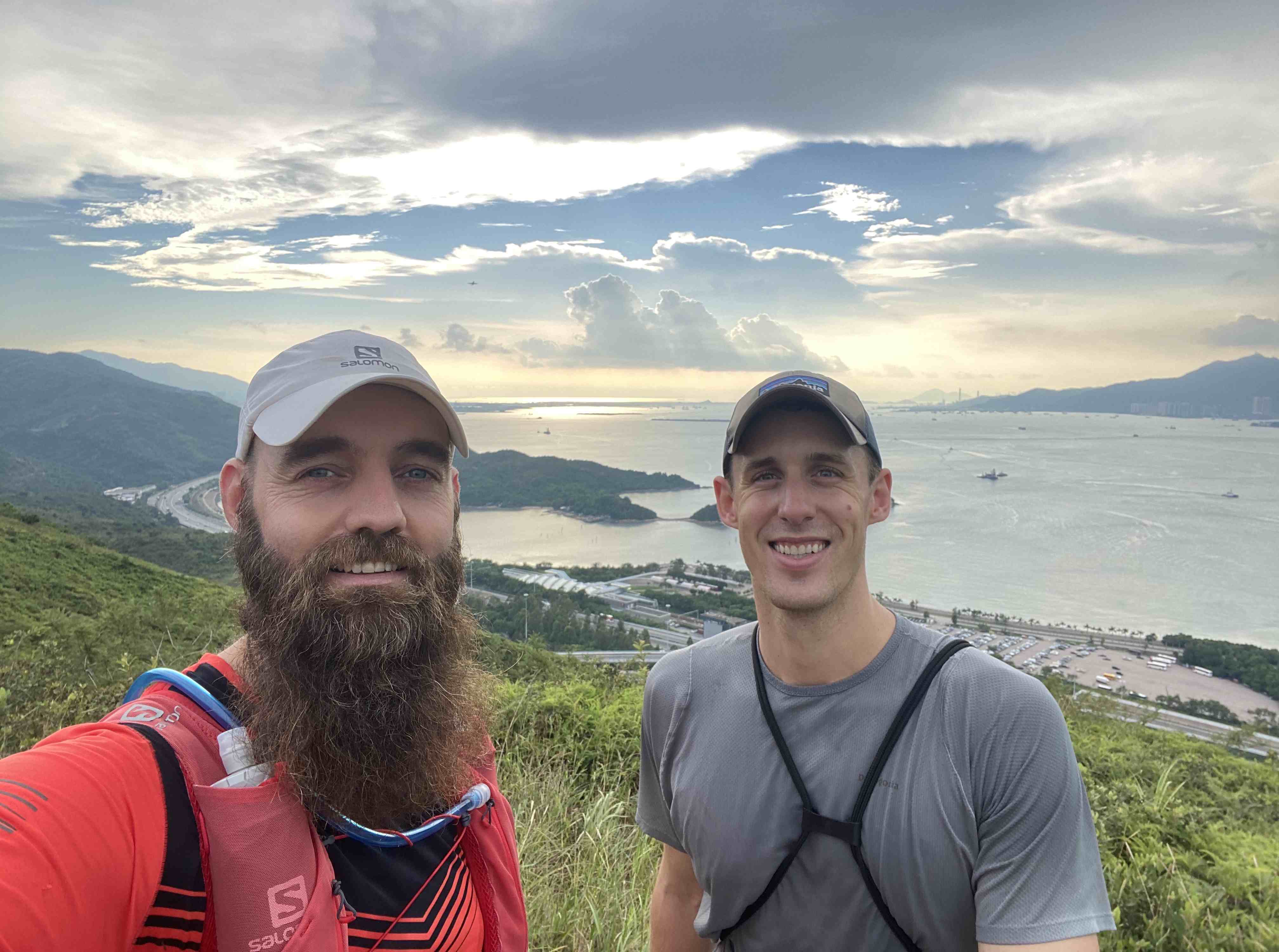 First hike with Andrew (Chicago, USA) since he twisted his knee. Good company as usual. 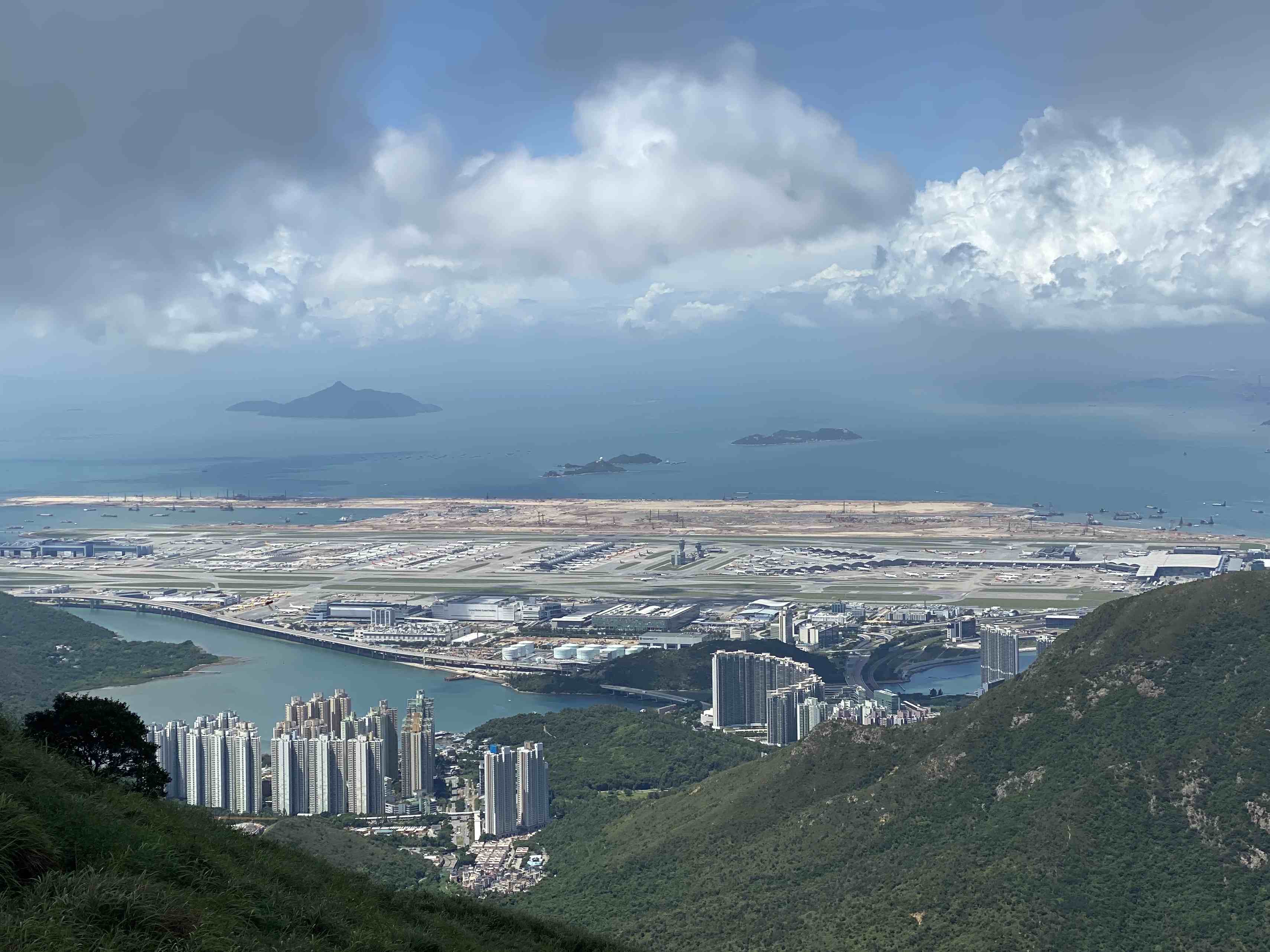 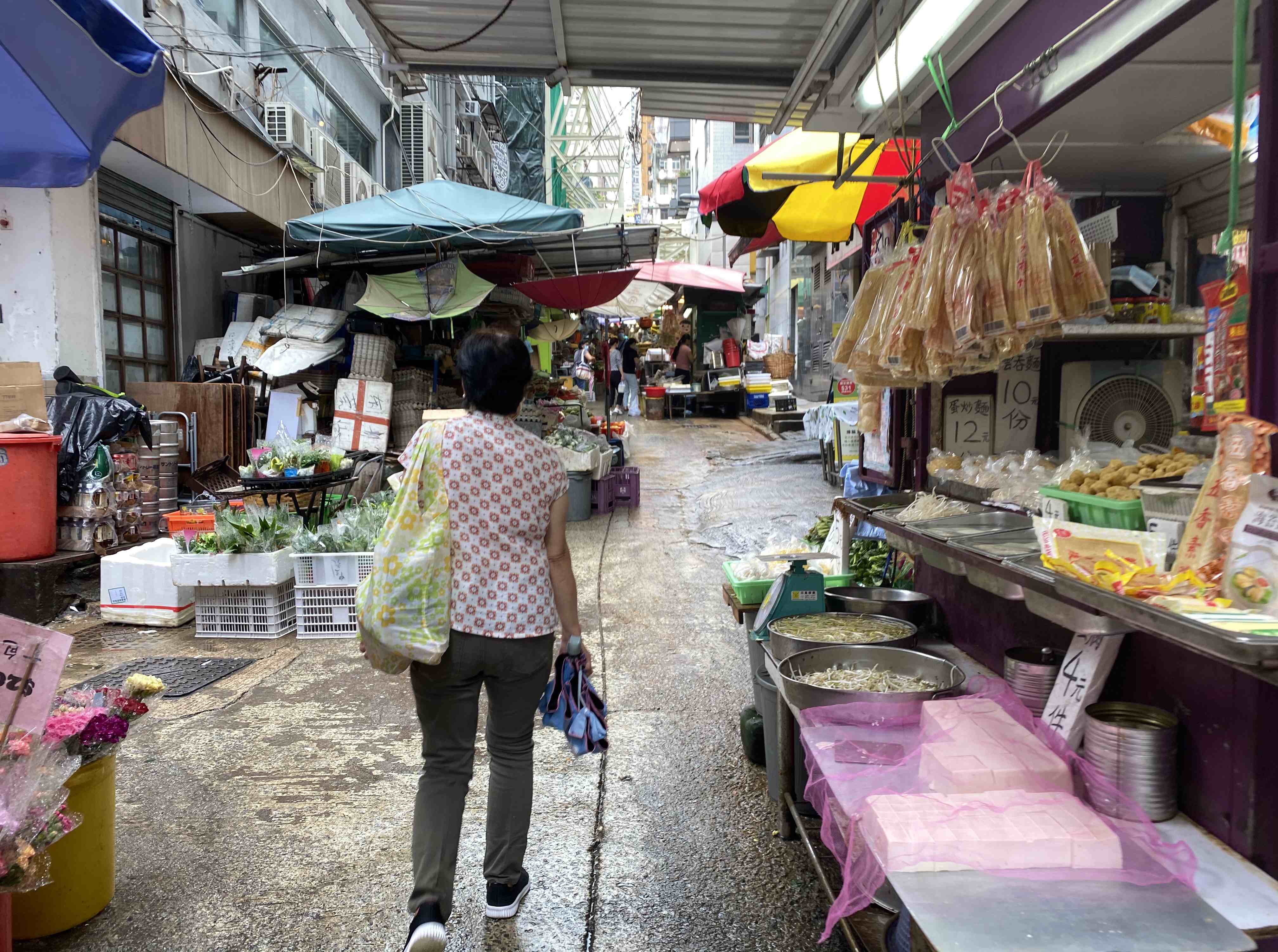 Life goes on in Hong Kong and regulations are slowly being lifted again. 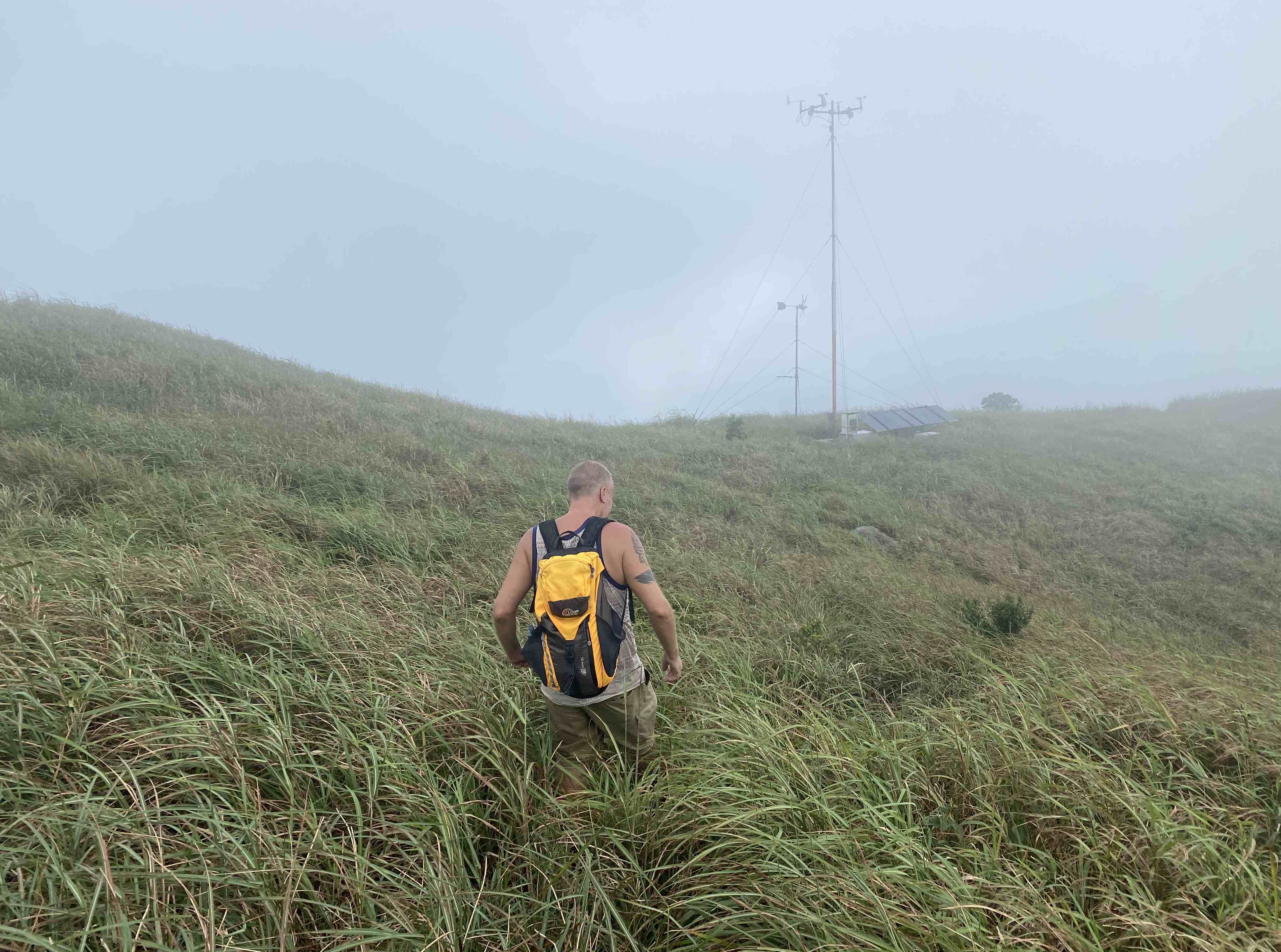 Dave (Wales) reached out to hear if I was up for a hike. We went a bit off-track :) 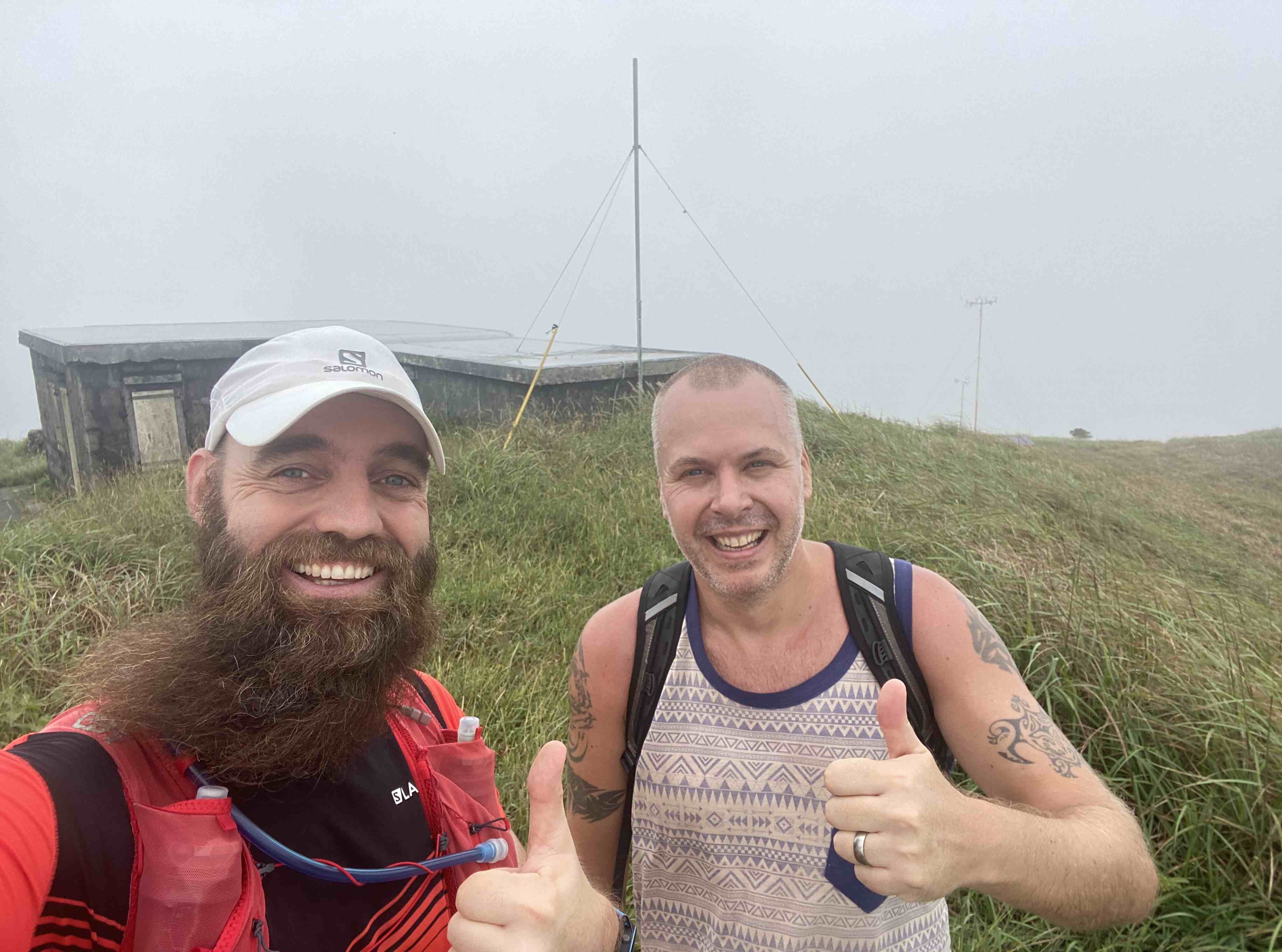 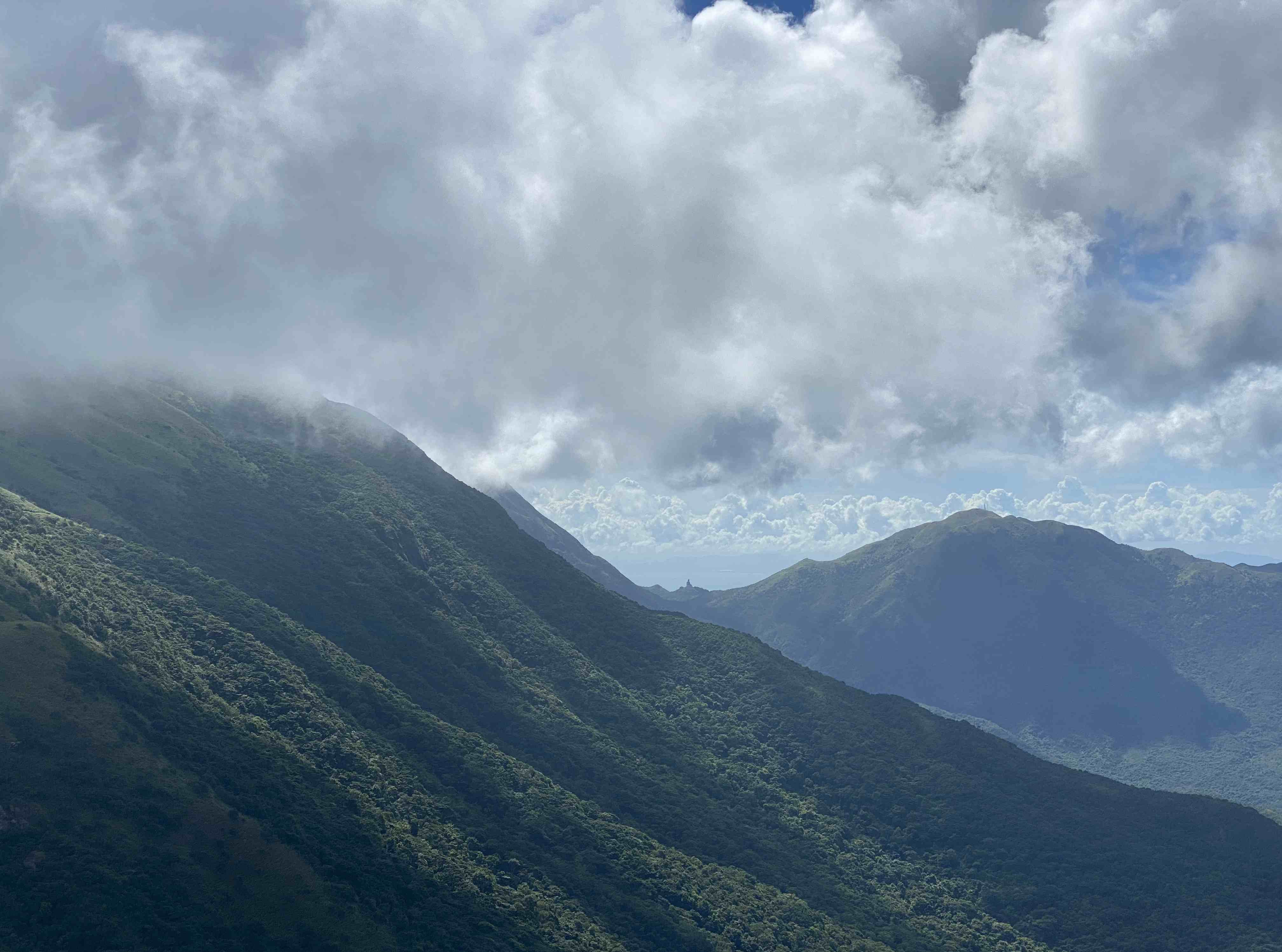 Can you spot the Big Buddha? 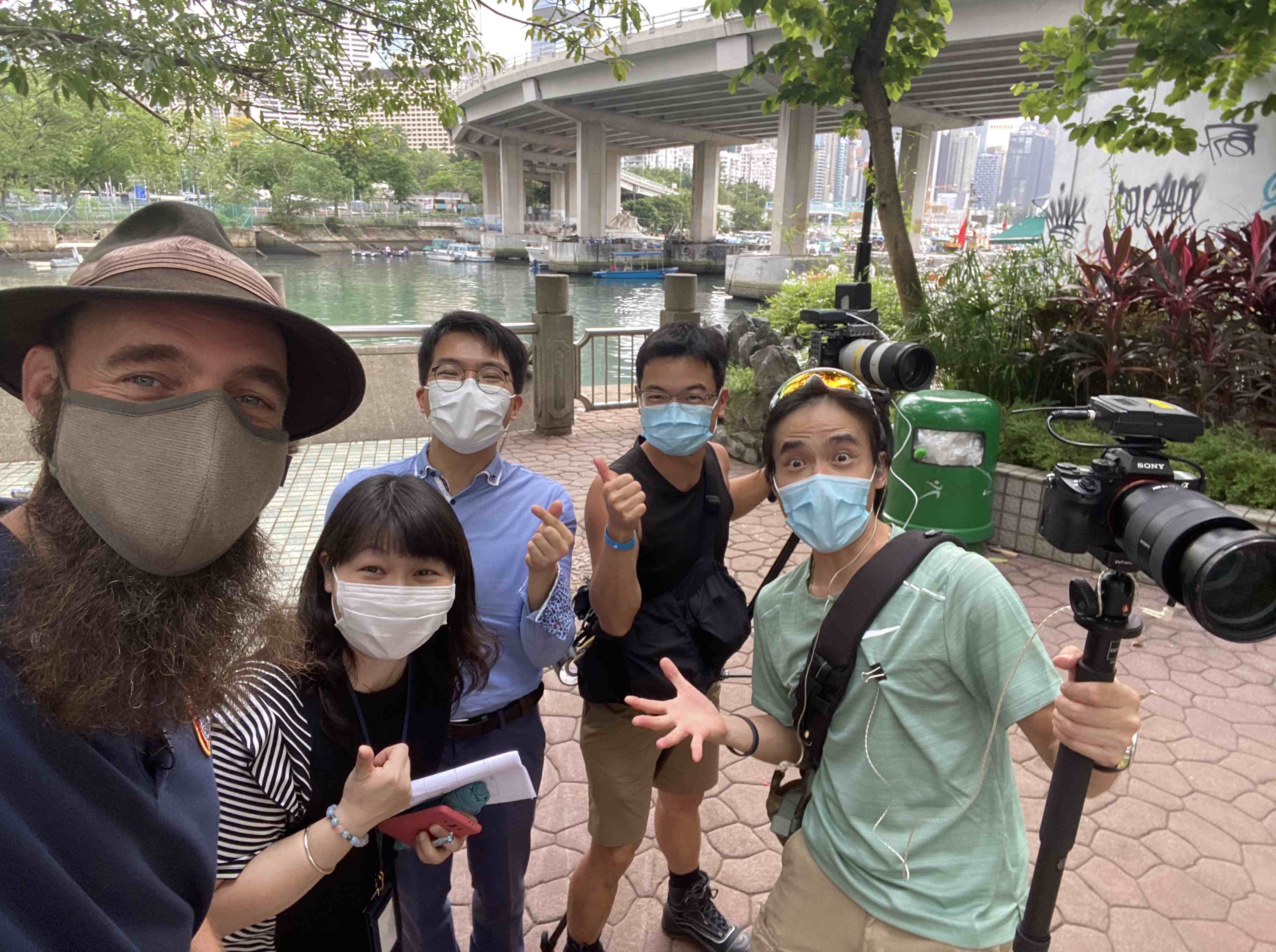 Filming with HKTB!! From left to right: Niki, Cameron, Kevin and Asa! :) 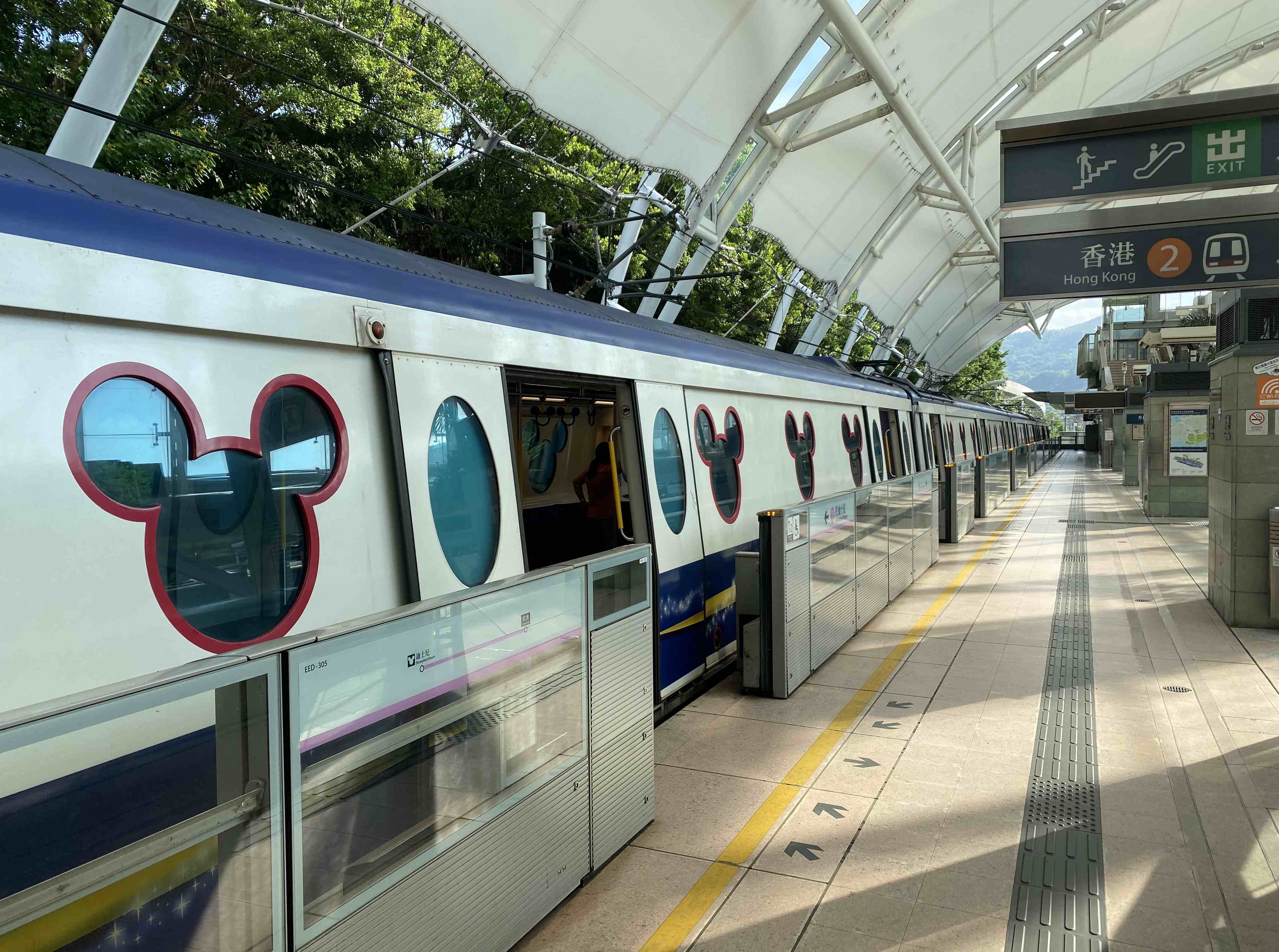 Seeing the Disney Train moving on the rails adds hope that the park may soon open up again!

Best regards
Mr. Torbjørn C. Pedersen (Thor) - I did it! And it's still Friday!!

HAPPY #THROWBACKTHURSDAY! 🙂 On April 7th 2021, it was a Wednesday, I got my second jab of the Pfizer BioNTech vacc… https://t.co/IaGRS2mXd2

I will DEFINITELY #bungyjump when the Saga reaches #NewZealand 😍🇳🇿 https://t.co/fd0FyfUvPJ