The Hong Kong “to do list” and normal life

Ticking off some stuff

Much is carefully recorded within the Saga: modes of transportation, days, locations, contact details etc. In two weeks the ‘Danish Room’ at the Danish Seamen’s Church in Hong will turn forty years. And today marks thirty-six days since my wife came out of her hotel quarantine and entered Hong Kong

Last week’s entry: It is getting harder to complain – still in Hong Kong

While Hong Kong is most definitely a place of opportunity it is also a very special place for Once Upon A Saga. We spent a record setting 102 days in Lebanon due to visa complications relating to Syria. It also wasn’t easy leaving Lebanon without flying. But a friend had a former general in his family who was of assistance and we managed to leave on a container ship. Man! The stories this project contains!! Lebanon entered deep into my heart and I long to return. So many amazing people. And also, a solid commitment and engagement by the Lebanese Red Cross. Ah the Red Cross…the stories I could tell you about the Red Cross. Within Once Upon A Saga we have “infiltrated” 189 National Societies around the world. A National Society is the humanitarian manifestation of either the Red Cross or Red Crescent within a country. You see, the world’s largest humanitarian organization is not like a streamlined company with a single headquarter somewhere. It is a humanitarian organization which is represented in 192 countries and they are all independent although they all adhere to the seven fundamental principles (humanity, impartiality, neutrality, independence, voluntary service, unity and universality). A lot of these National Societies collaborate with each other but most of them don’t have anything to do with the majority of the others. As a result, there’s nobody ‘within the movement’ that truly knows what we have done ‘within the movement’ apart from me. The reason being that in most cases there was no knowledge about Once Upon A Saga when we crossed a border into a new country…because within each new country it was a new National Society. Essentially crossing a border has been like pressing reset. The number of times I have given the exact same introduction speech to a surprised and sometimes baffled humanitarian worker... It is almost comical. Well – it has now been 570 days since I last heard from my contact person at the Danish Red Cross communication department. I wonder if she still works there? Anyway, 102 days in Lebanon. I was sure that Saga record was unbeatable. We were on the home stretch. Welcome to Hong Kong: day 444. 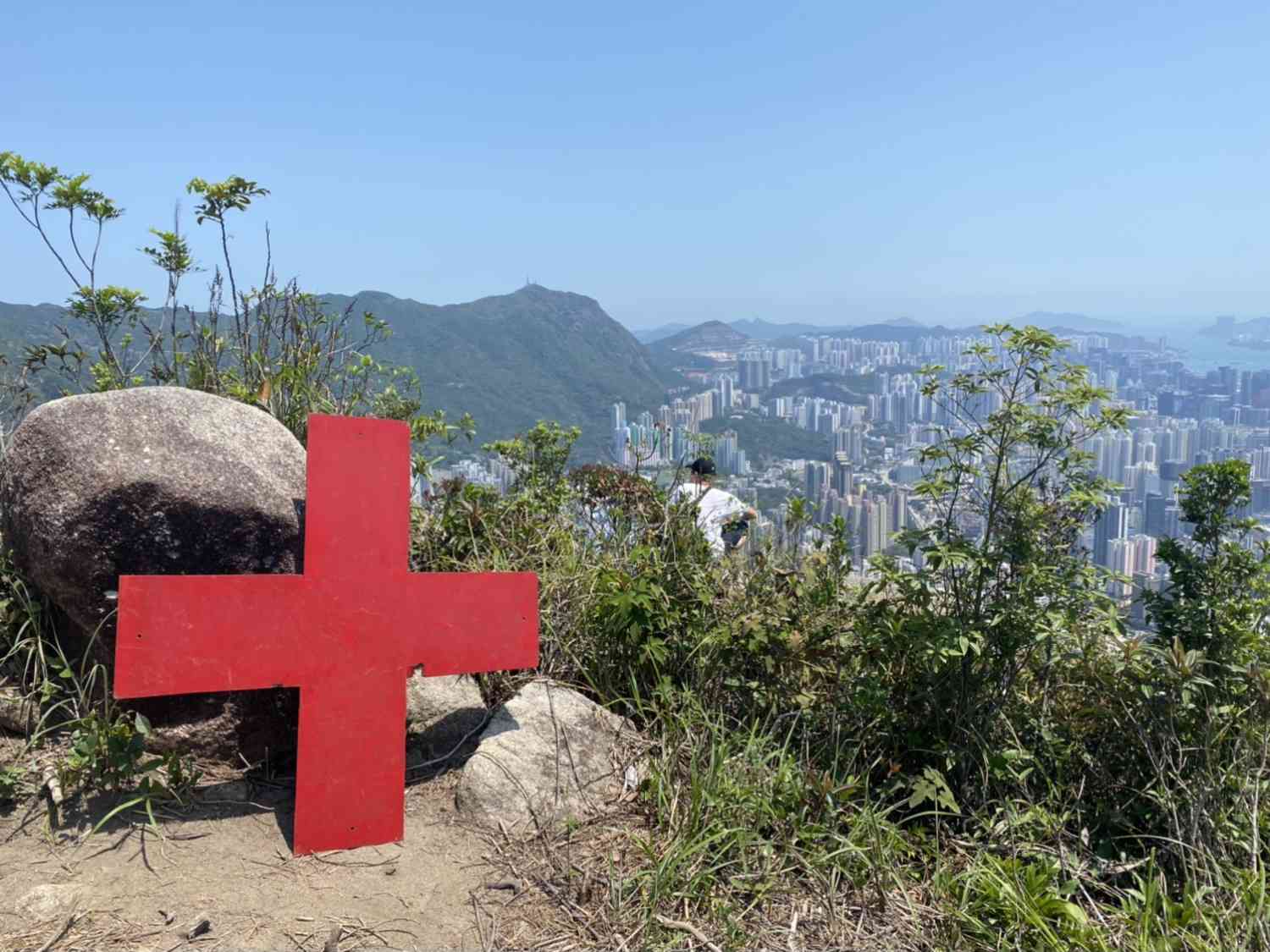 The Saga has trained my eye's to spot two distict things: 1) the Red Cross emblem in anything and 2) any type of Maersk container. I found this huge Red Cross on top of Lion Rock, Hong Kong.

Four is said to be bad luck in Hong Kong. Apparently because the word for ‘four’ in Chinese sounds like ‘death’. This part of the world is highly superstitious and you will find many people avoiding the number ‘four’ whenever they can. Sometimes buildings go straight from the 3rd to the 5th floor - stuff like that. 444 is supposedly not bad luck because it isn’t ‘four’. It’s an entirely different number albeit with the number four within it several times. It’s just “kind of bad luck”. But not “really bad luck”. It doesn’t worry me at all. I’m not superstitious and furthermore, the way we pronounce ‘four’ in Danish isn’t remotely close to the word ‘death’. April 4th this year (4.4) happened to be the Qingming festival which is also known as Tomb-Sweeping Day in English. During this festival family members show respect towards their ancestors and the tradition itself has roots which go back over 2500 years. On April 4th this year wifey and I went hiking with Jessi, I had a skype call with my dad and later on wifey and I went for dinner at the Foreign Correspondent’s Club. I don’t remember that day as particularly unlucky? Oh, wait a second…I had spareribs and they weren’t very good. Weird – because the food is normally really good there! It must have been the date ;) 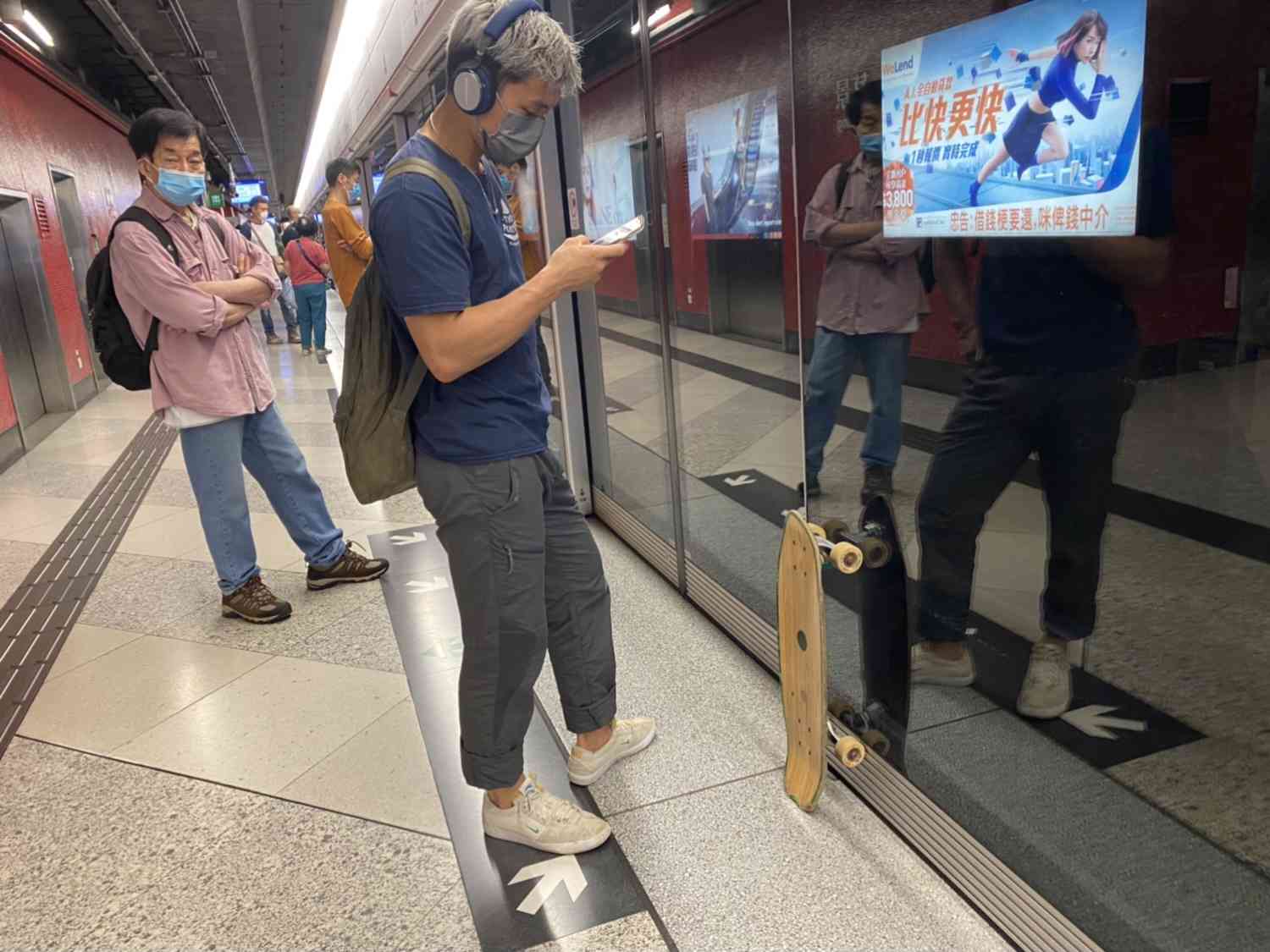 Yeah – before starting this entry I decided that it was going to be a short one. I feel like I do a million things every day. A lot of it is tied to communication or research. And we are still seeing a fair deal of interviews every week. I owe Ross DK and Geoop big time!! They are our financial partners and our friends as well. I’ve known Lars, Claus, Helle, Jesper, Poul, Wojciech, Kaare and several others from Ross for many years. We’ve worked together, dined together and joked together on several occasions. In 2013 I presented them with a “four-year project” and they have committed to far more than that. Well….so have I and so have many of you. My goodness I wish this project was over. It will take MINIMUM ten months to complete the Saga from the moment the world goes back to normal. That is the reality of non-flight travel and the remaining nine island nations between us and the completion of this project. Oh well, still happy that we got stuck in Hong Kong. My father suggested I should stop using the word ‘stuck’. But that is reality. While this is a good place to get stuck, we are so definitely still stuck. Long ago my father also suggested that I should avoid swearing in my entries…I took that advice (for the most part). Many are blissfully unaware of reality this planets current reality. The other day I read that there are still 200,000 seafarers stuck at sea. I hold a Hong Kong ID and have no way of crossing the border to mainland China or neighboring Macau. Meanwhile if I was willing to fly… Oh well, here’s the week that went… 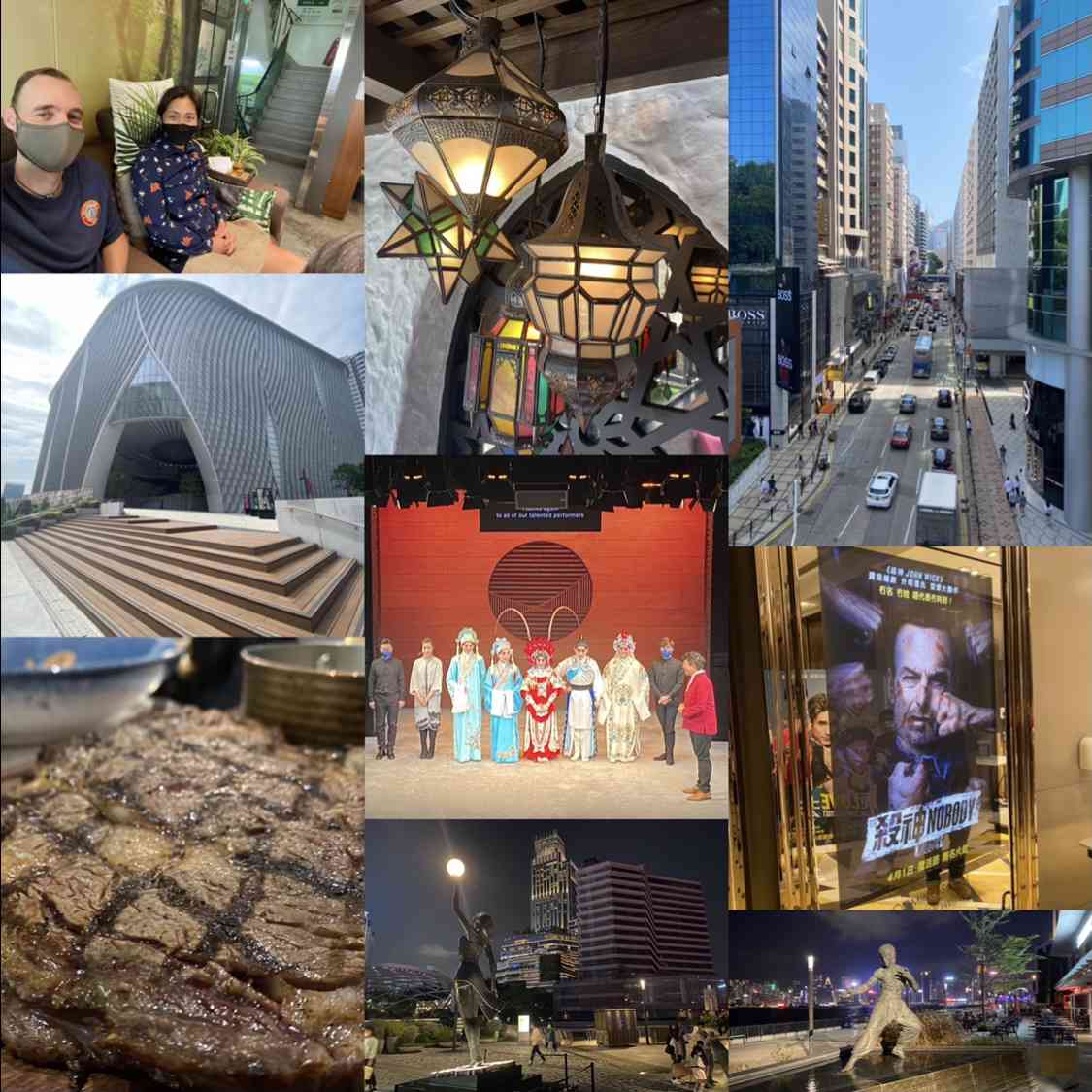 Wifey and I decided to celebrate all our achievements over the past seven+ years in one day: First we walked into central. That's a 12km (7.5mi) hike which we enjoy as it shows various sides of Hong Kong. Then we had a 45min foot massage at Iyara Day Spa (recommended by Anita). Afterwards we enjoyed lunch at my favorite Lebanese restaurant in Hong Kong (Shahrazad). Then we caught the 'Tea House Theater Experience' at the Xiqu Centre. Next we went to a nearby cinema and watched 'Nobody'. After the movie we had a steak dinner at a nice steakhouse and from there we strolled along the Avenue of Stars and paid tribute to the legendary Bruce Lee. And that's not even all we did that day :) 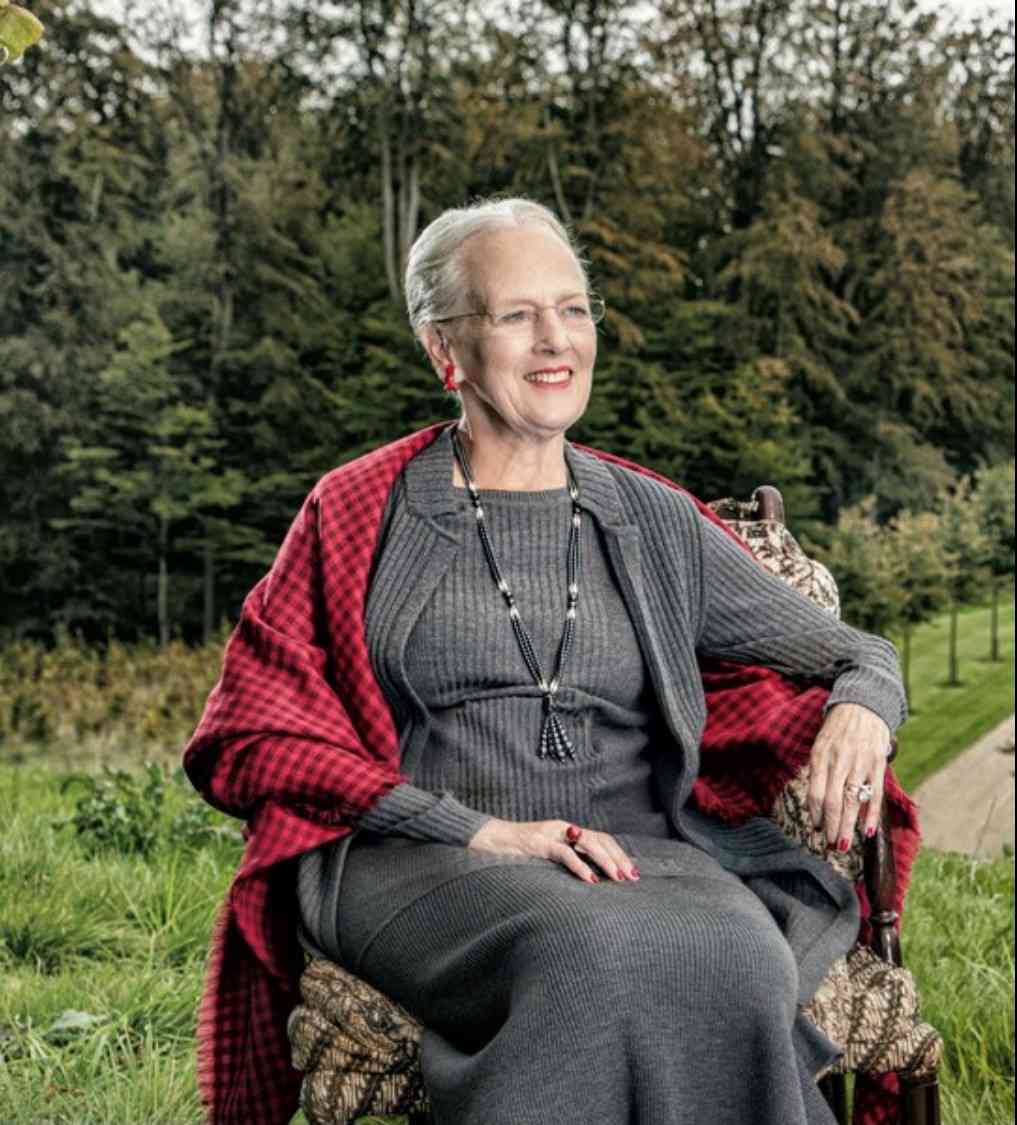 HAPPY BIRTHDAY your majesty! :) Today, April 16th, Her Royal Highness Queen Margrethe II of Denmark turns 81. She became our Queen in 1972, and a very fine one at that! I had the privilege of guarding her palace as I served within the Royal Life Guard a few decades ago. Denmark is the oldest Kingdom in the world. Long live the Queen! Hurrah! Hurrah! Hurrah! (photo: Per Morten Abrahamsen). 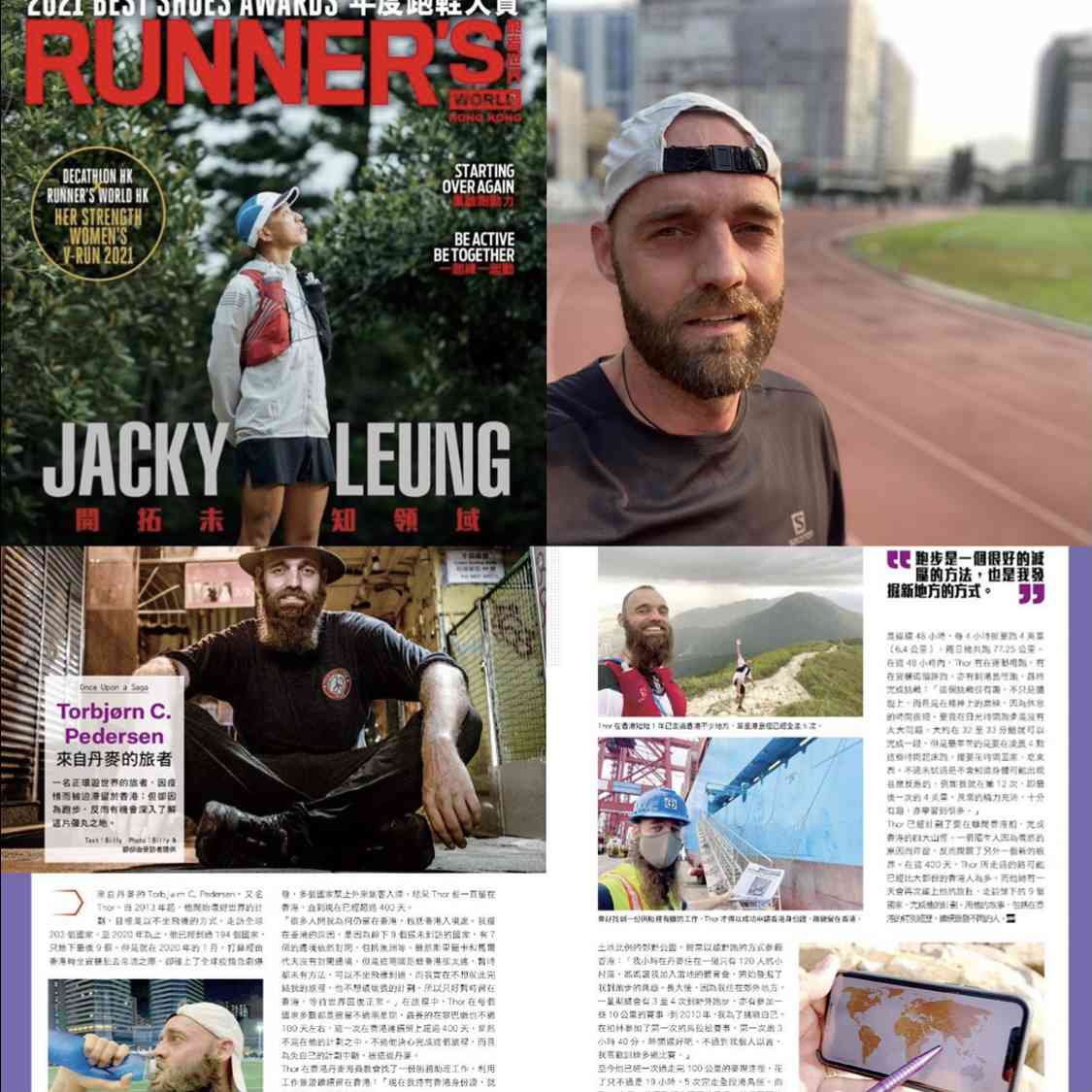 Billy from Titan Media reached out for an interview and that's how yours truly ended up inside RUNNERS WORLD! And within an addition which featured Hong Kong's legendary Jacky Leung on the front page!! It was the Goggins Challenge which sparked Billy's interest. A challenge in which the goal is to run 4 miles (6.4km) ever 4 hours for 48 hours. A solid challenge. 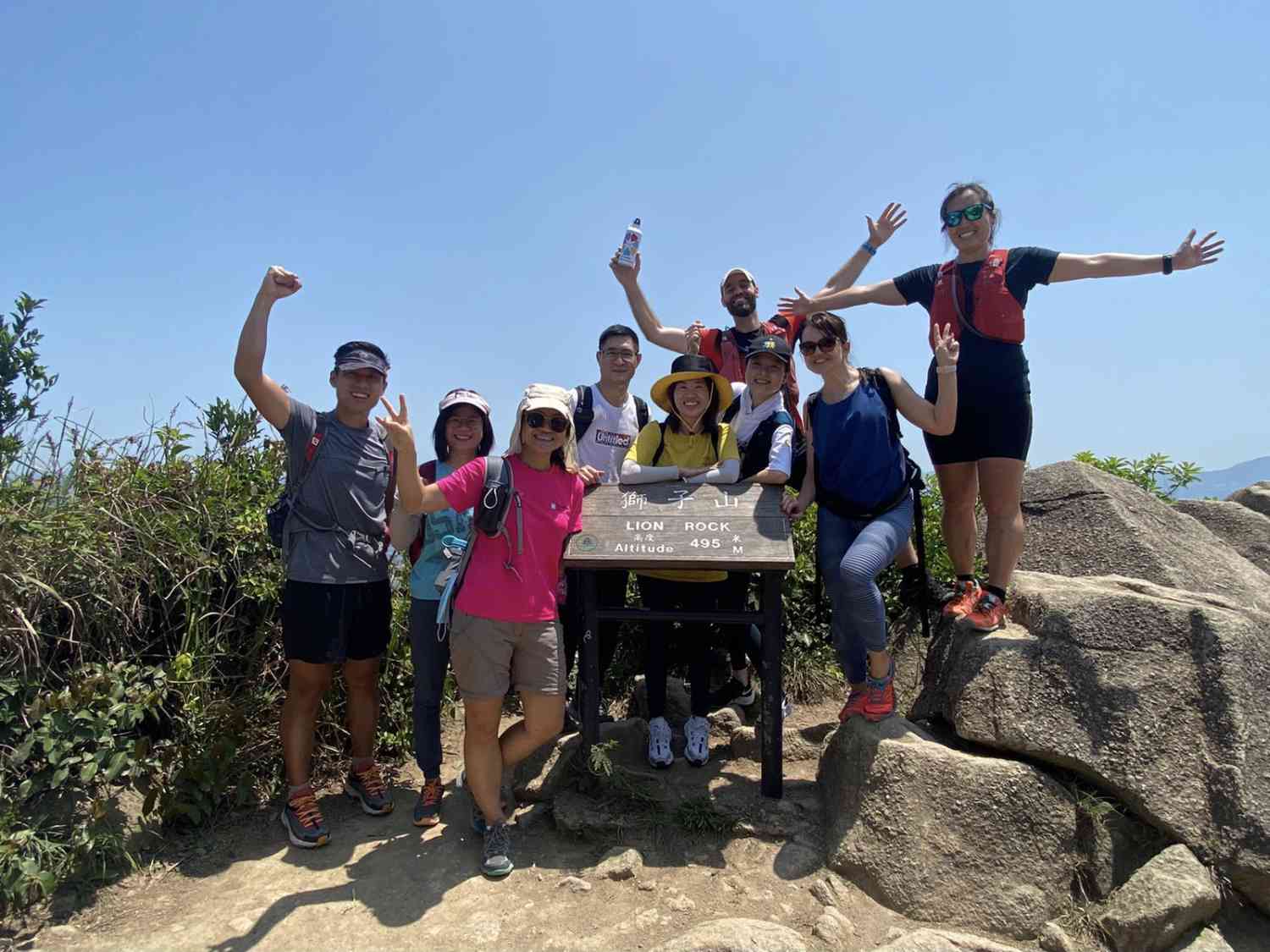 We hiked up Lion Rock with the Maersk team!! It had been organized by Olga and Frankie and the weather was beautiful. Maersk is a Danish shipping company which has helped and supported Once Upon A Saga on multiple occasions. It is always great to hang out with them! Thanks for inviting us! :) 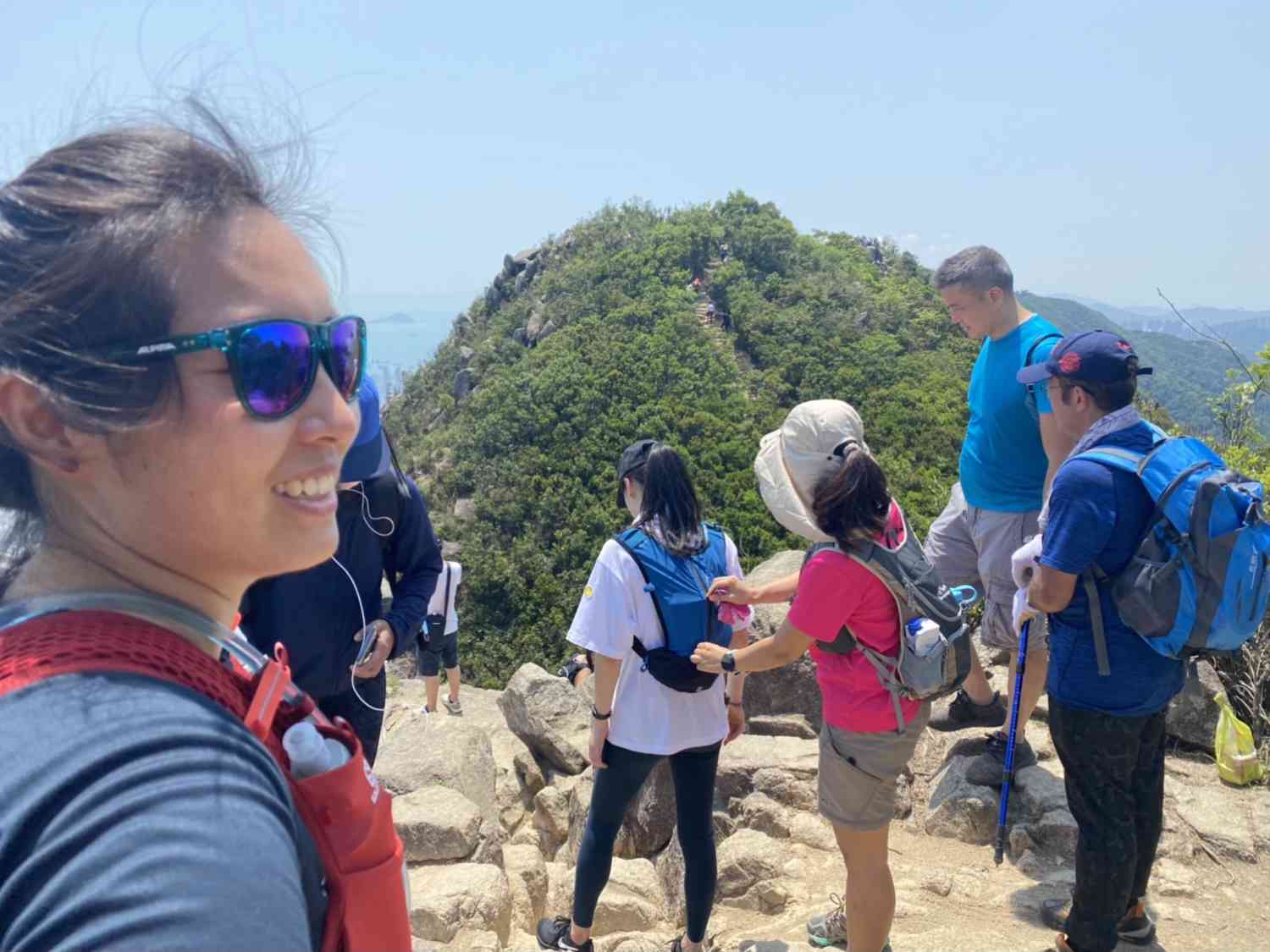 Wifey with a big smile between Lion Rock Peak and Lion Rock head. Lion Rock is almost a sacred place to Hongkongers and holds a special meaning to many. 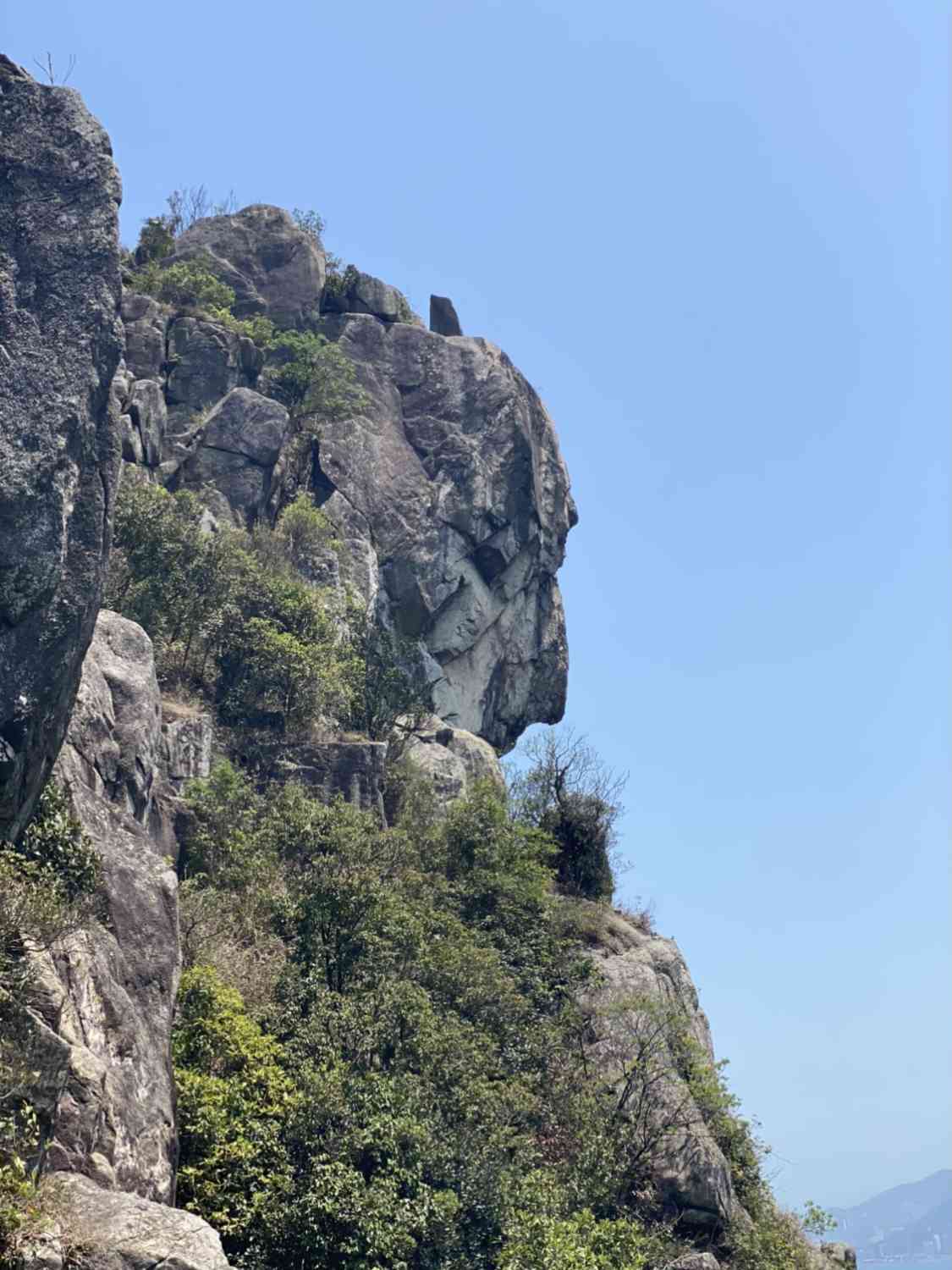 Some do not see the Lion. Some people can't see the forest for trees ;) 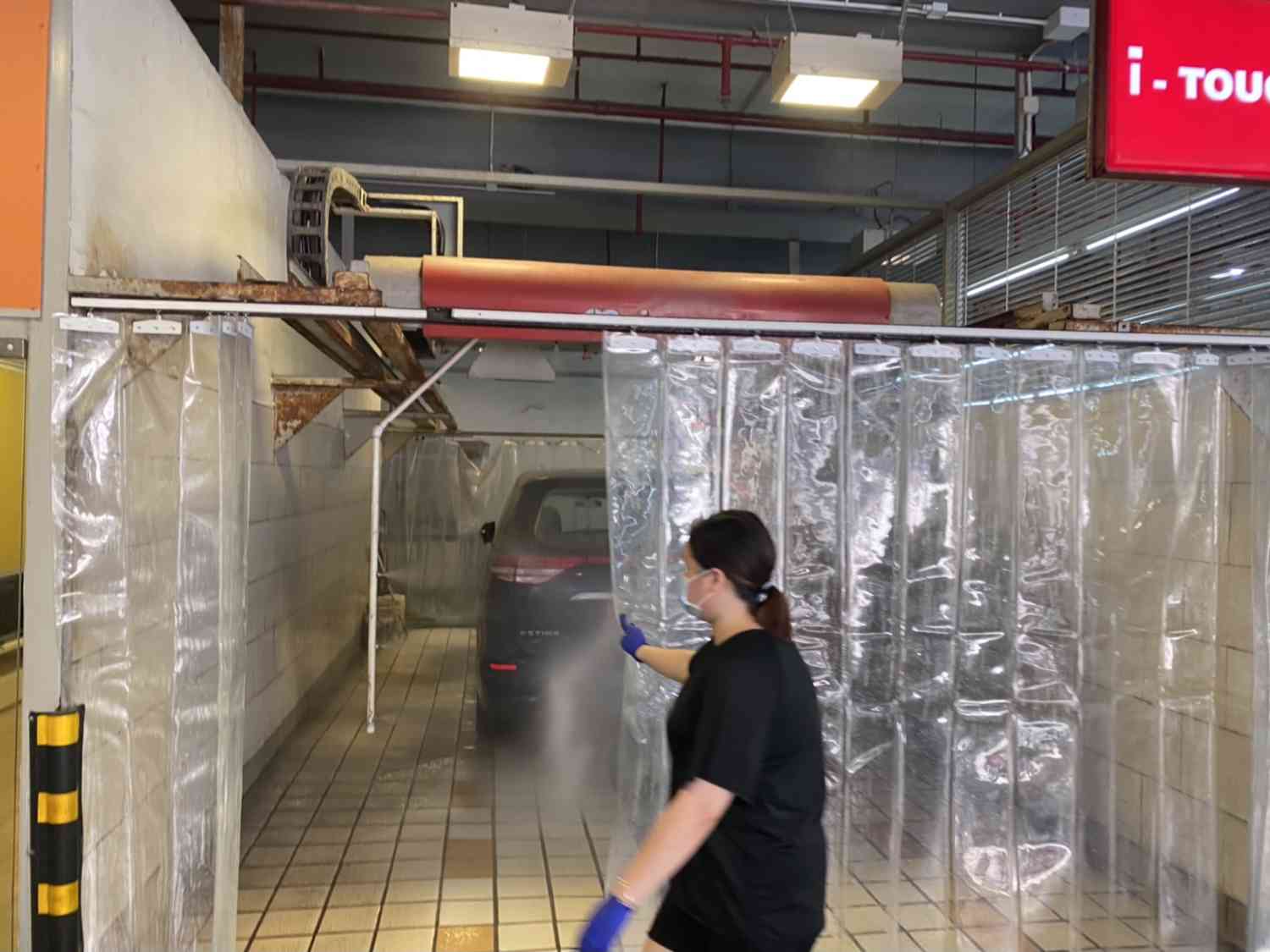 Yeah, I've been driving about on Hong Kong's streets for a while when work calls for it. And in this case the Toyota needed a shower. It's interesting working at the Danish Seamen's Church and I get to see a lot of Hong Kong. 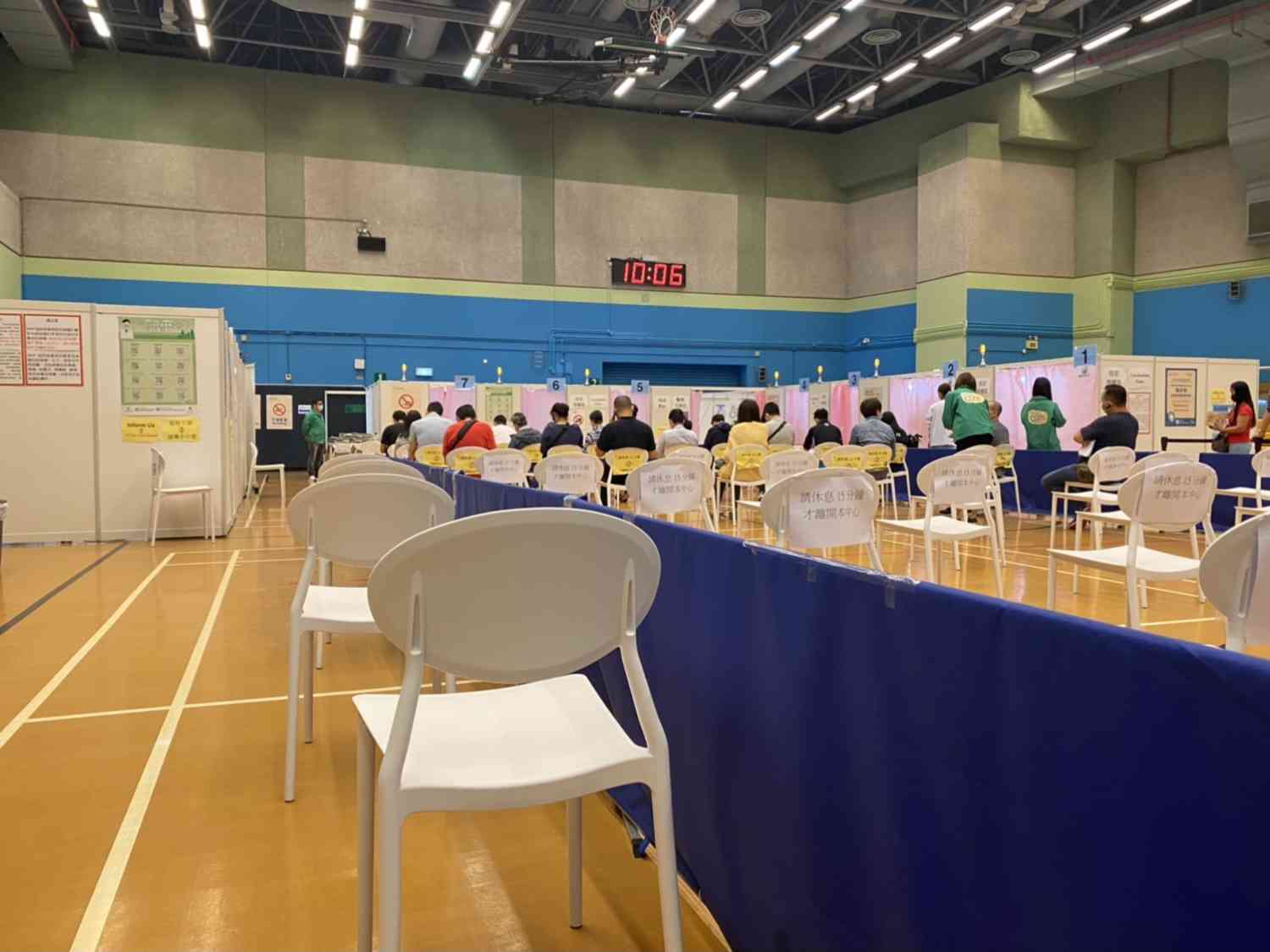 Waiting while wifey got her second jab. Hong Kong is so incredibly efficient with so many things. 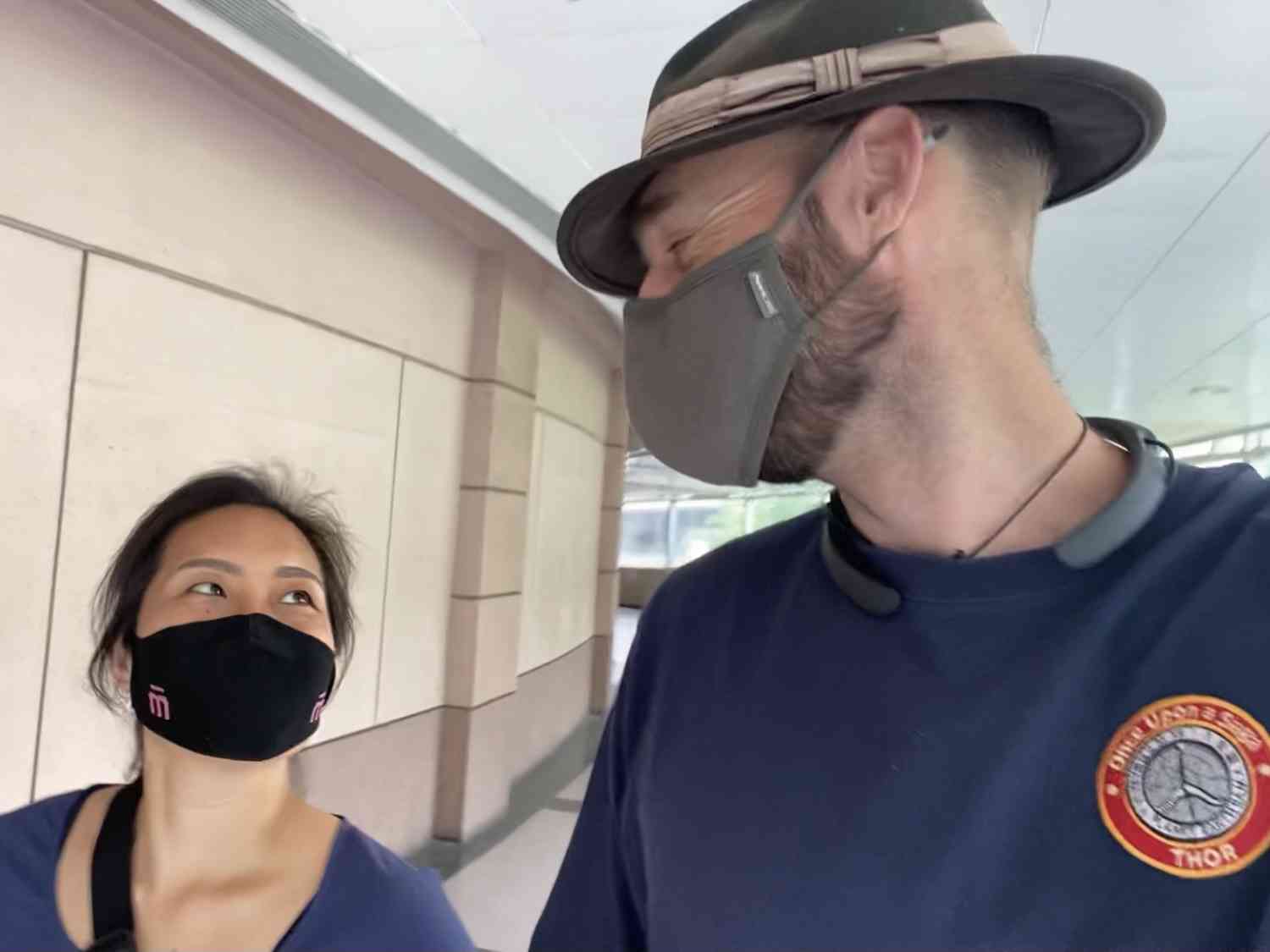 We're now officially a fully vaccinated couple. I never felt a thing. Wifey felt low on energy on her second day after her second jab. But nothing much to report and she wasn't in bed or anything. On her third day we went for a 10km (6mi) run together. Thank you to the scientists and organizers for getting us this far this fast. 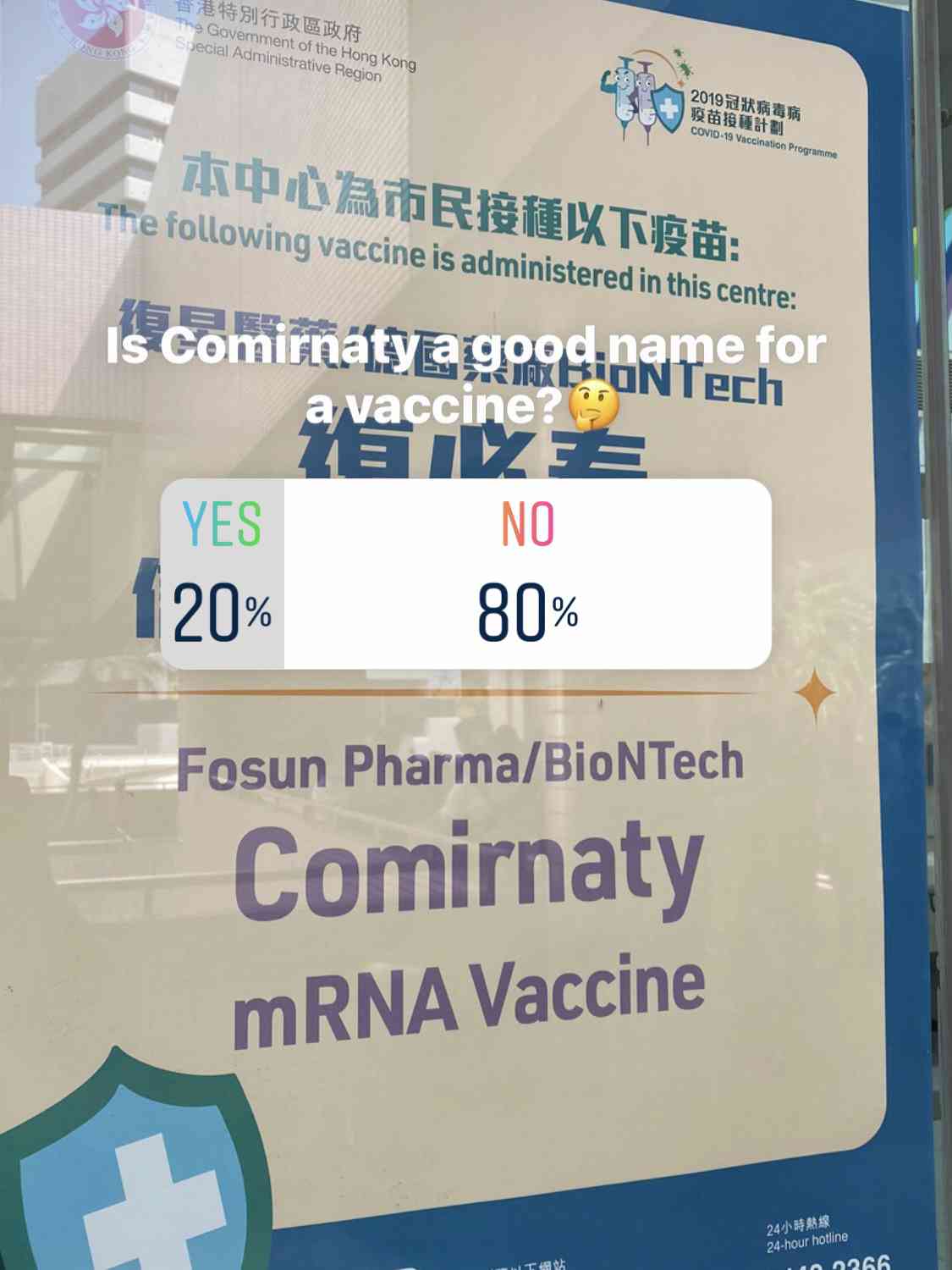 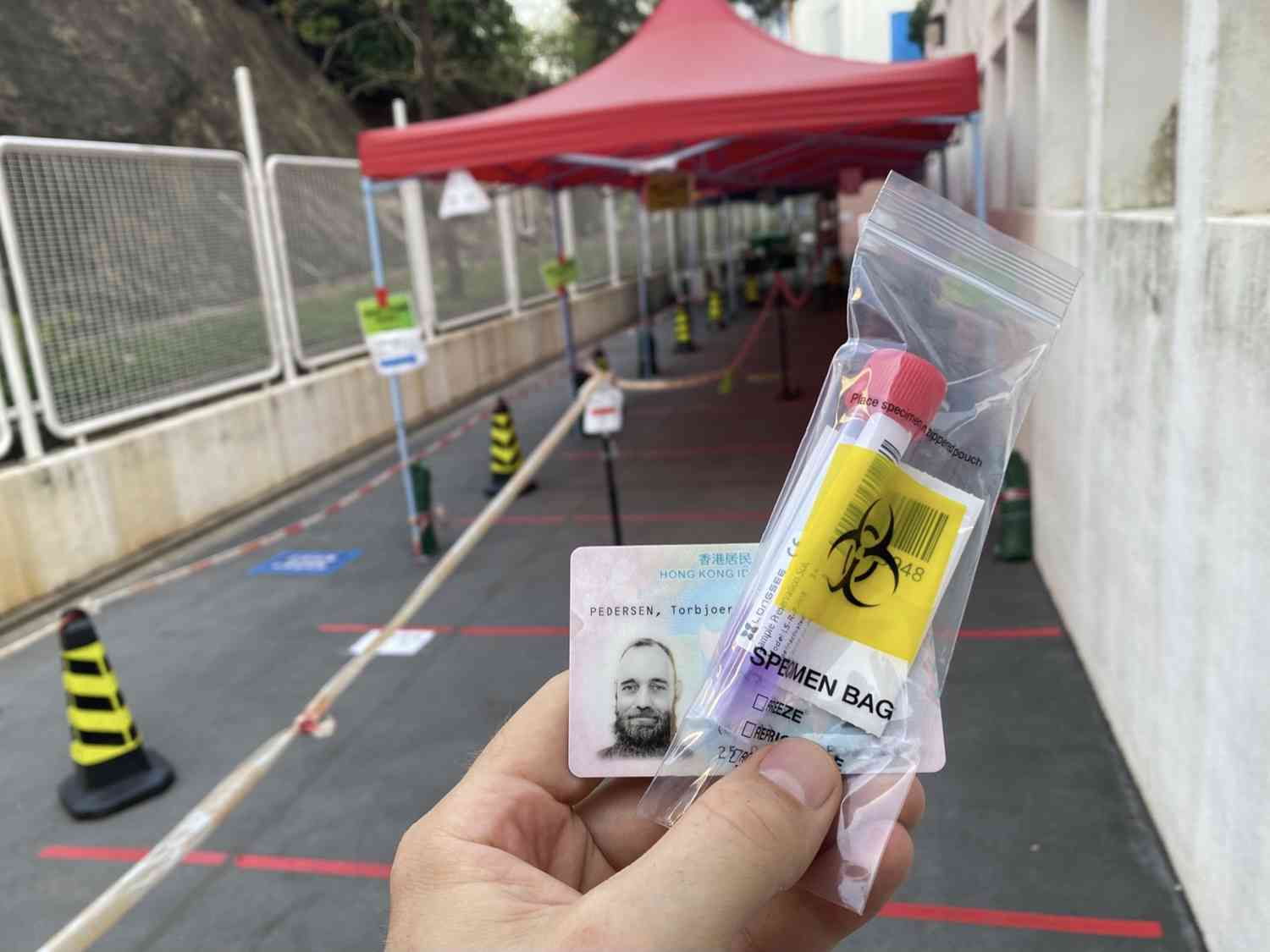 Although I've had both jabs I still wear a mask and still needed to get tested for my work and within 24hrs I got a test clearing me as 'negative' again. 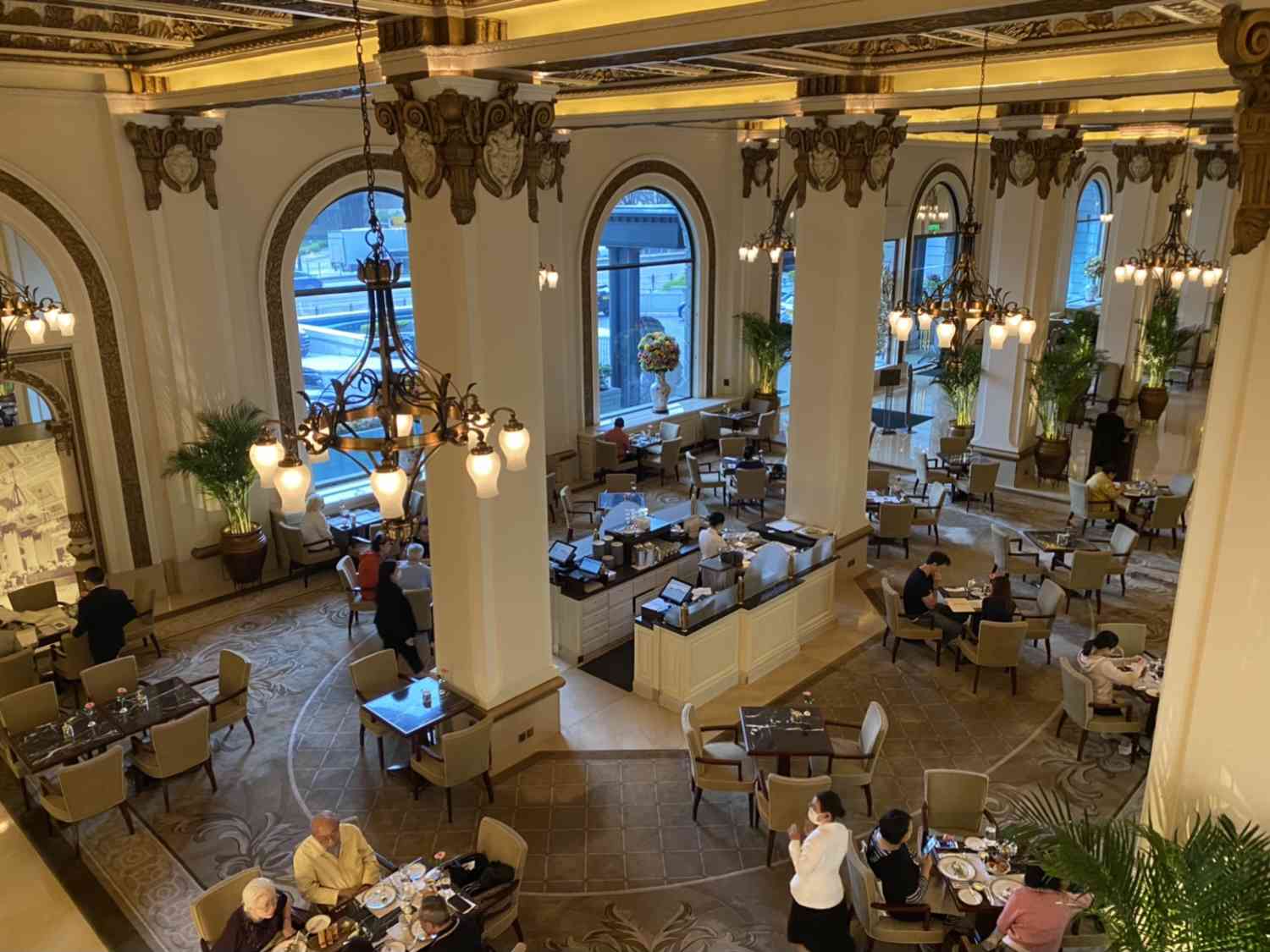 And the final one: the title of this entry is due to a 'Hong Kong Bucket List with 100 things you must do in the 852!' '852' is a cool way of saying Hong Kong as that is the calling code. It was a gift from the Savagars and wifey and I are working our way through it. So far we have ticked off eight. On my own I have ticked off far more since the Saga landed in Hong Kong. A lot of obvious Hong Kong stuff isn't even on the list like taking the Star Ferry or enjoying the view from Victoria Peak. But yesterday we got to tick off one more: afternoon tea at the Peninsula. It's a colonial-style luxury hotel which first opened it's doors in 1928. Tick! ;)