Where did the week go??

Time is relative. This we know for a fact. And it has been scientifically proven that an object in motion ages slower that one which is still. As such a cyclist would be slightly younger than her twin in a lawn chair.

Last week’s entry: Welcome to team: ONCE UPON A SAGA IN HK

I’ve written about time at much greater length in a previous entry. I’ve written about so much over the years. Sometimes it’s about how I feel. Sometimes it’s about where I am. Sometimes it’s about who I met. And sometimes it’s just about something I found interesting. Last week’s entry didn’t get published until Sunday so no wonder I feel like I’ve just been writing you. And much is still the same as when I last left you. I still have high hopes that we will be able to make a journey to New Zealand sometime this year. And I am still crossing my fingers in the hope that PIL (Pacific International Lines) will be able to take us on a roundtrip to the great island nation of Palau and back to Hong Kong. Hopefully relatively soon. 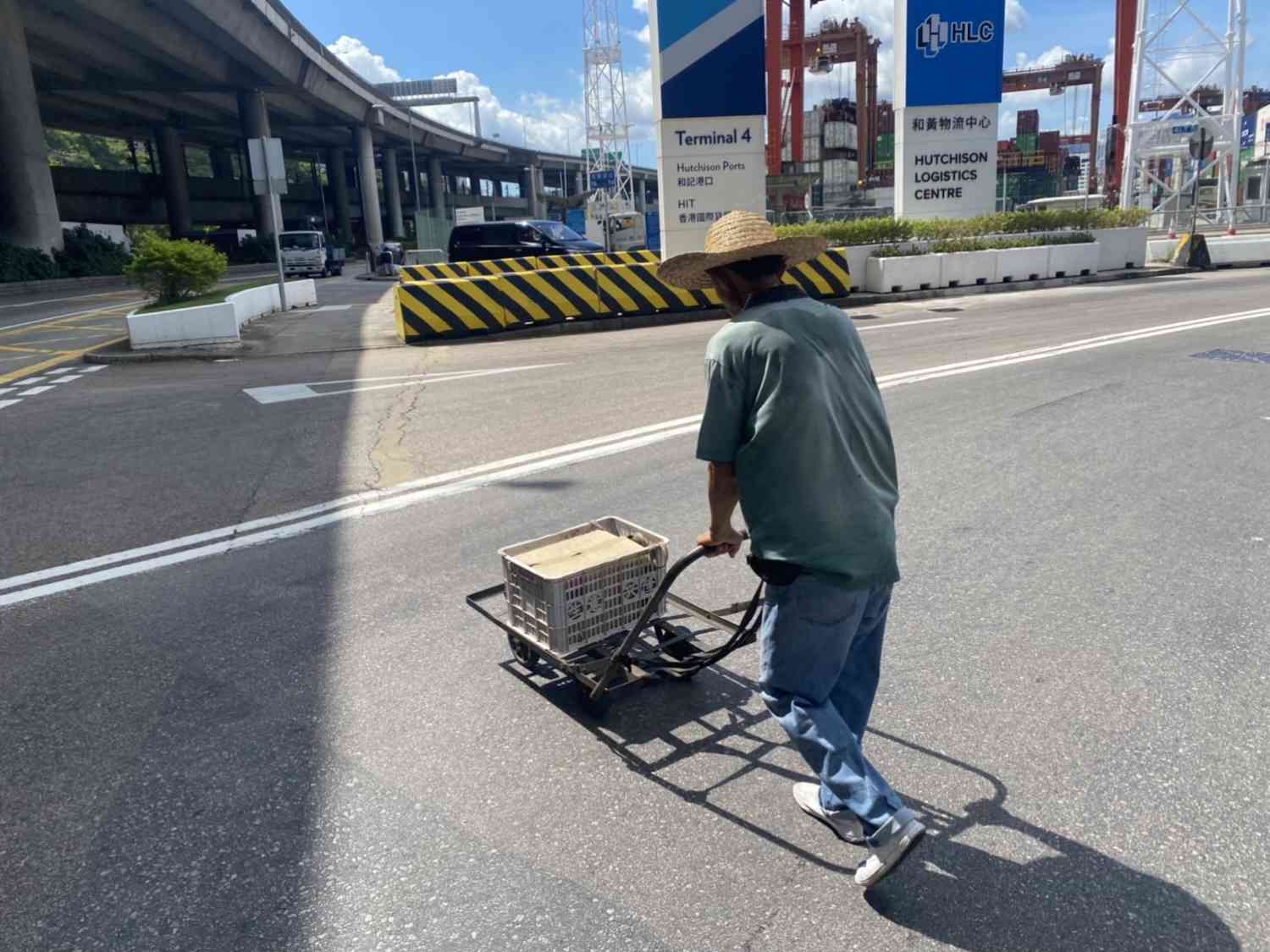 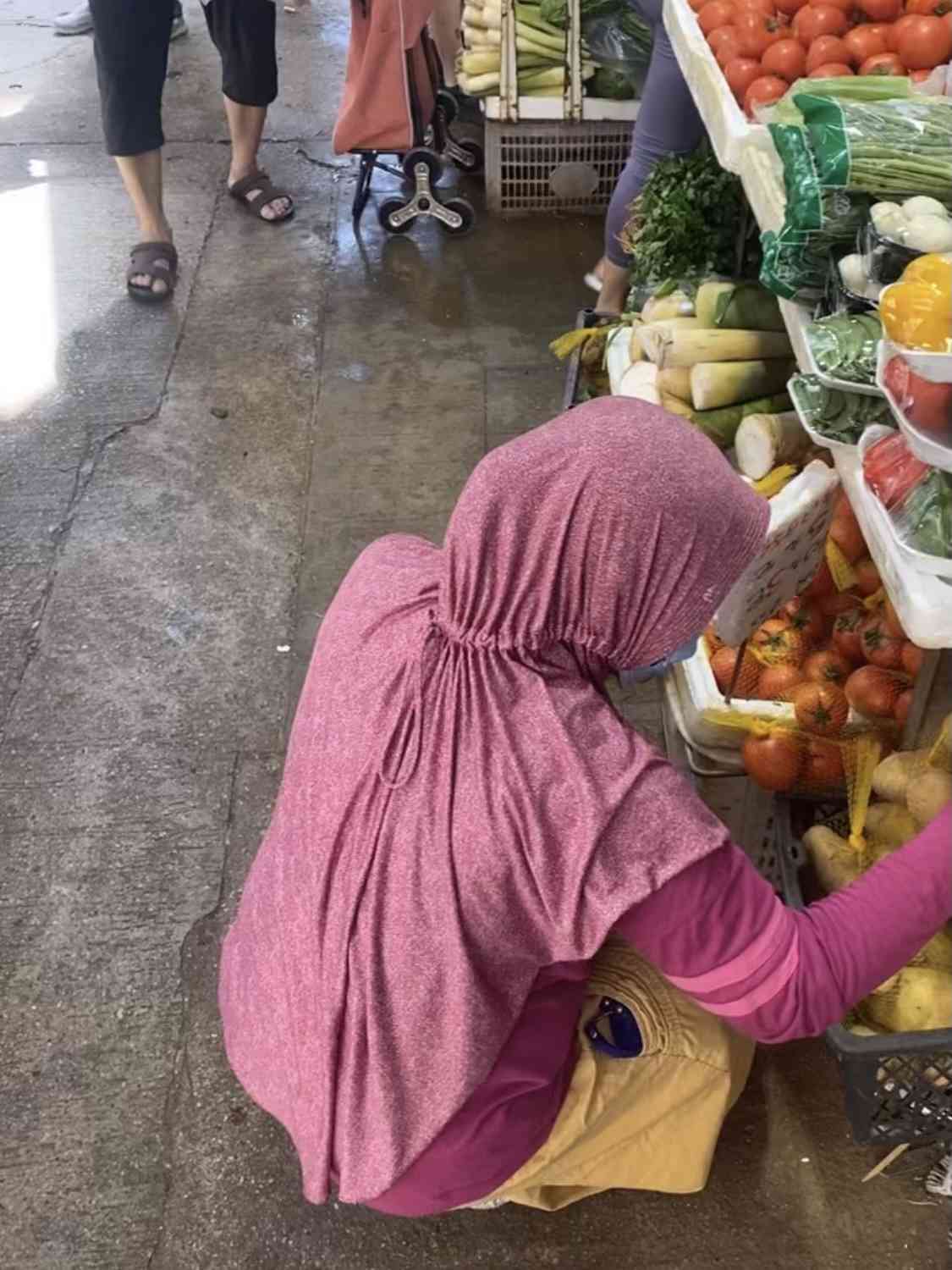 This week has been full of walking, full of meetings, full of interviews, and full of work. My days have pretty much been packed with engagements from morning to evening. It takes me about 35 minutes to reach Hong Kong Central if I travel by public transportation. I’ve mentioned it before and I’ll do it again: public transportation is really great in Hong Kong and affordable. Anyway, as several of my meetings have been downtown and as the New Zealand Red Cross Journey is on throughout July, I simply walked to Central a few times this week. It takes me around two hours to cover the 12km (7.5mi). And I generally enjoy the walk. Hong Kong is a highly diversified part of our world and it’s interesting to walk though the different neighborhoods. It also gives me time to listen to some of the podcasts which I have long neglected such as Counting Countries (Ric Gazarian) and his interviews with world travelers. It is quite fascinating to listen to different accounts of what it is to travel. Some travelers are so full of them selves that I can barely stand to listen. Others are incredibly down to earth and humble. I wonder where people place me? 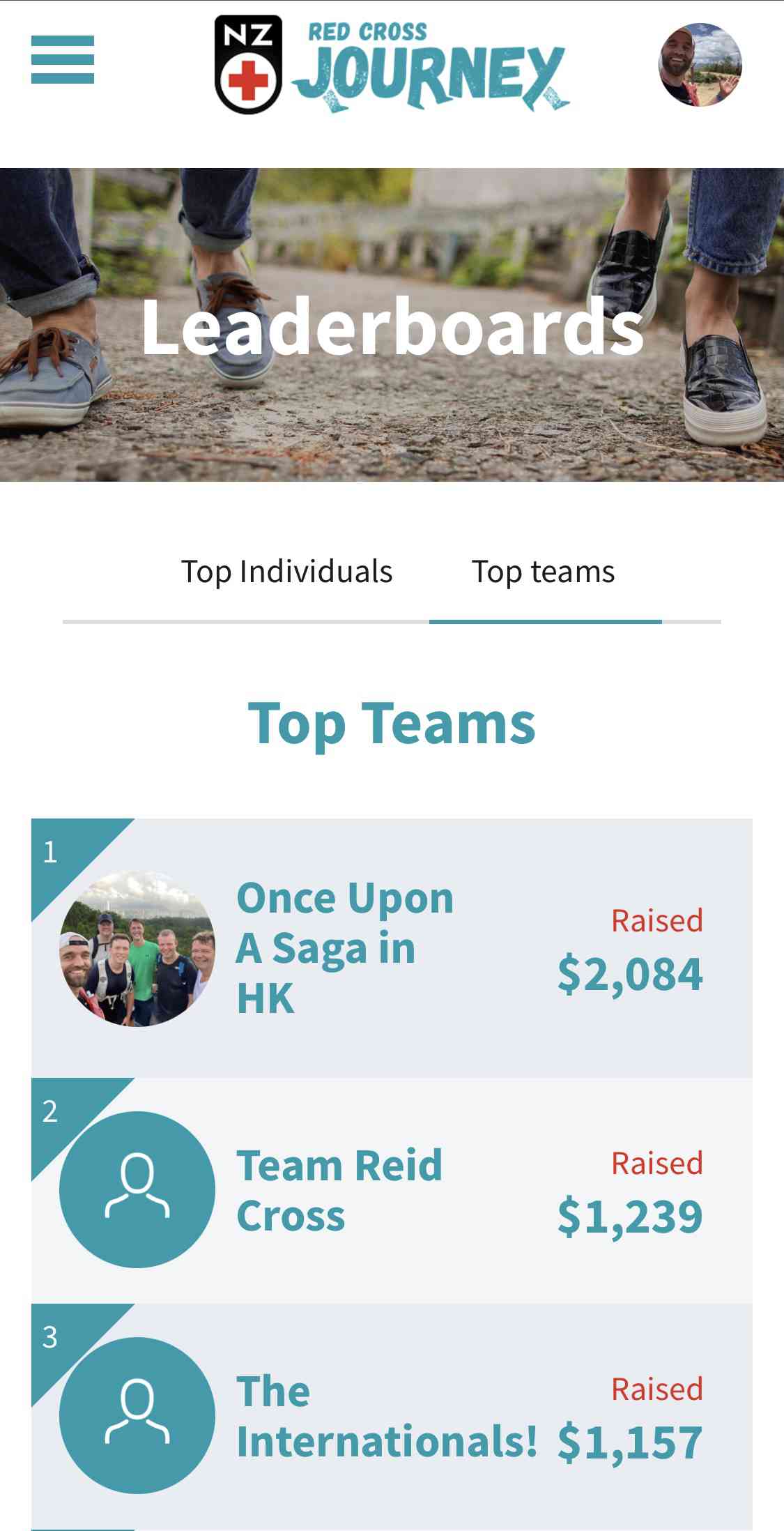 We are doing well!! Help us reach our goal!! Join or support. Thanks :) 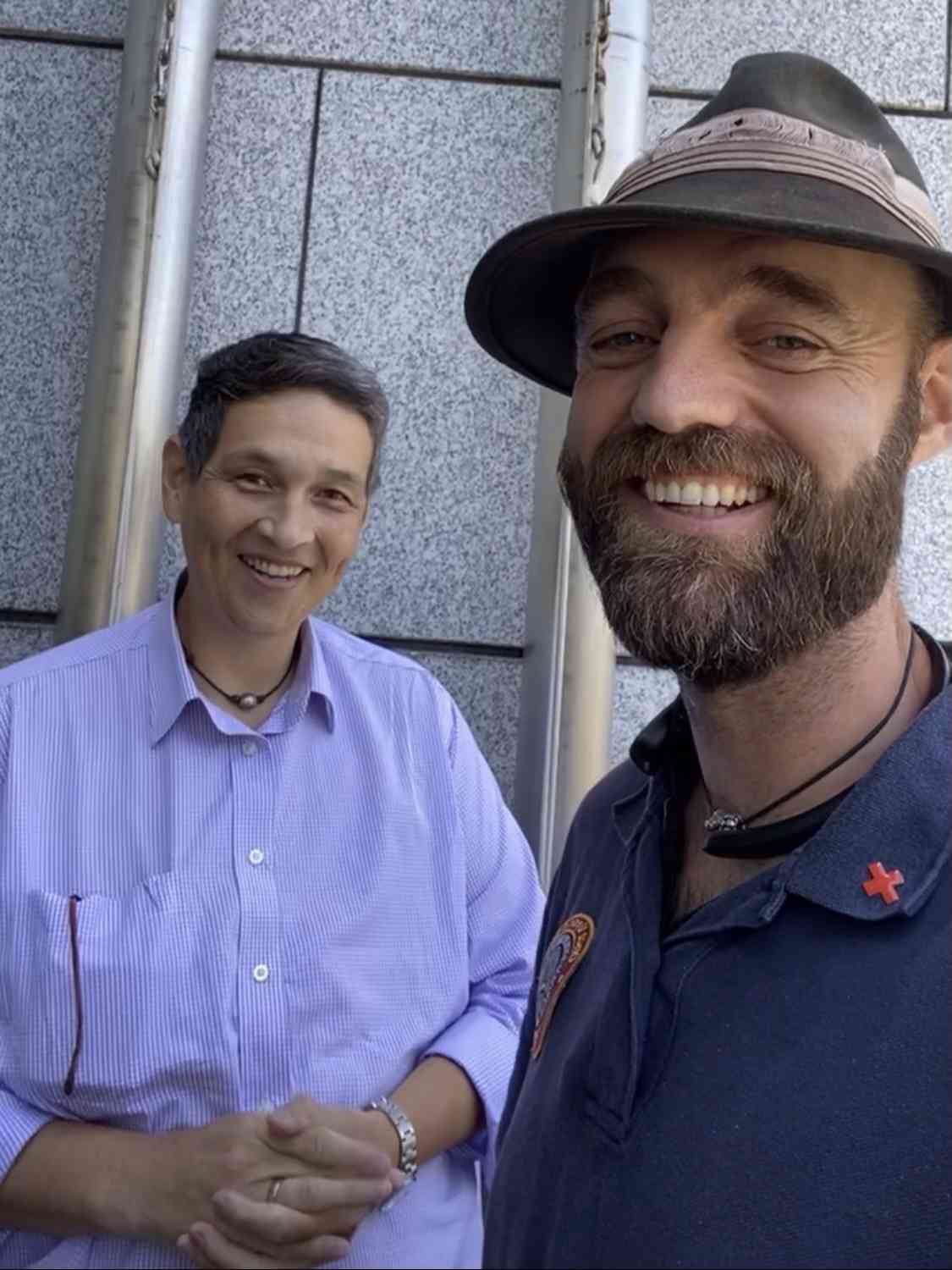 On top of Club Lusitano with Phil.

Phil Morais invited me for another lunch meeting at Club Lusitano which is a Portuguese private club in Central. A classy place which I’ve had the good luck to visit a few times now. It is always good to spend time with Phil and on top of that Portuguese food is fantastic! Phil first suggested me a bacalhau dish but afterwards told me that they had a new chef and everyone was talking about the francesinha! I had to try it and it was naturally delicious! It was also full of meat and probably provided me with more protein than I needed for the month. It might help me gain some weight though. I’ve lost a few kilos with all the activity lately. 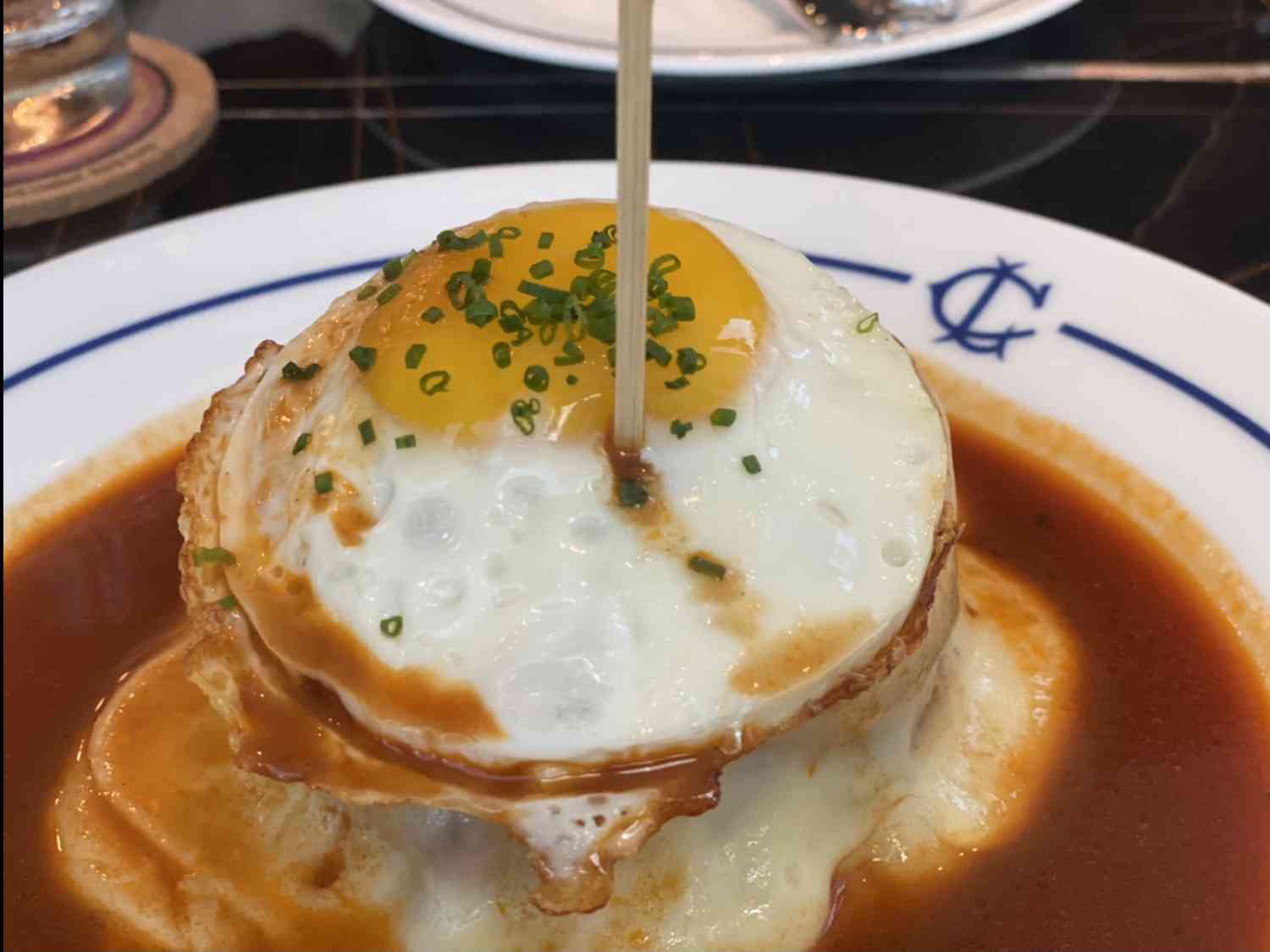 Francesinha!! Read about it here! A must for meat lovers. 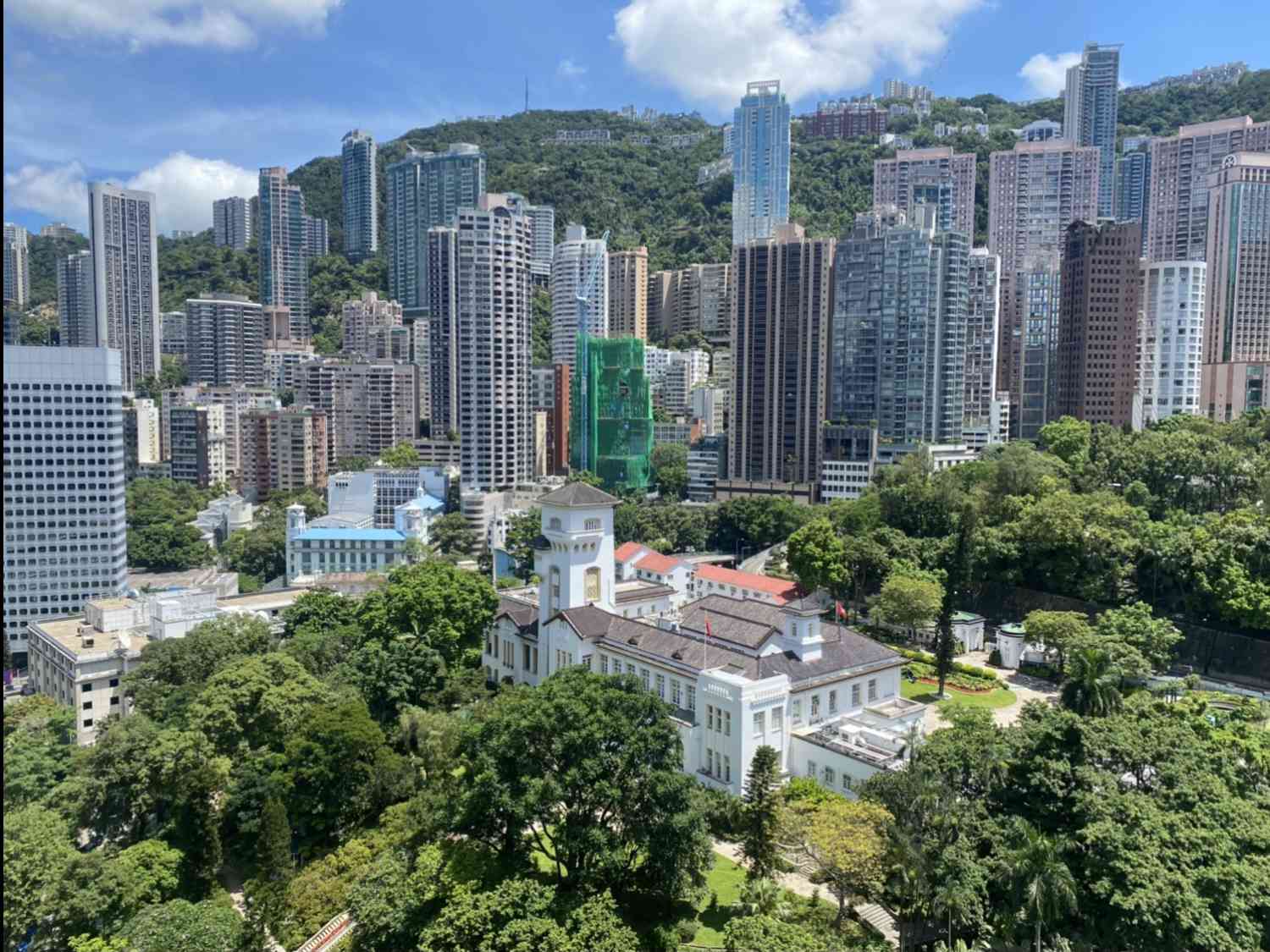 Government House. The official residence of the Chief Executive of Hong Kong.

I have been trying out something new on social media. On Once Upon A Saga’s Instagram page I have been doing a lot of short stories and people have responded positively towards them. Yeah, a great many people have told me that I should do more video and that certainly seems to be where the future is, and has been for a long time. I don’t know. I do not mind doing video now and again but overall, I’m still a pictures and word kind of guy. I’m also a thinking kind of guy. And lately I have been observing how the pandemics Delta variant has been ravaging one country after the next. It is apparently ridiculously contagious and that is bad news for Hong Kong which has only vaccinated 24% of the population. People have certainly had the chance to get vaccinated and even have a choice between the Sinovac vaccine and the Pfizer BioNTech vaccine. But Hongkongers are largely hesitant and reluctant to get vaccinated. Too many false rumors have settled in people’s minds and they worry. I think they should worry about the Delta variant running through Hong Kong like a wildfire. And of course, the Delta variant will make its way in. If we know one thing from this pandemic then it is that the virus always finds its way across borders. While looking at the vaccination rate it really seems like the USA got behind it. They are at 48.5%. Well done USA. Not as good as Mongolia though who have reached 55.7%. Who knew? They haven’t been in the media at all – have they? Chile is at 59.7% of the population. The great nation of Denmark in the high north of Europe has reached 40.1%. Looking at Liberia, Benin, Cameroon and Guinea-Bissau they are all at 0.1%. Man, we have a long way to go still!! It’s a global problem and not a local problem. 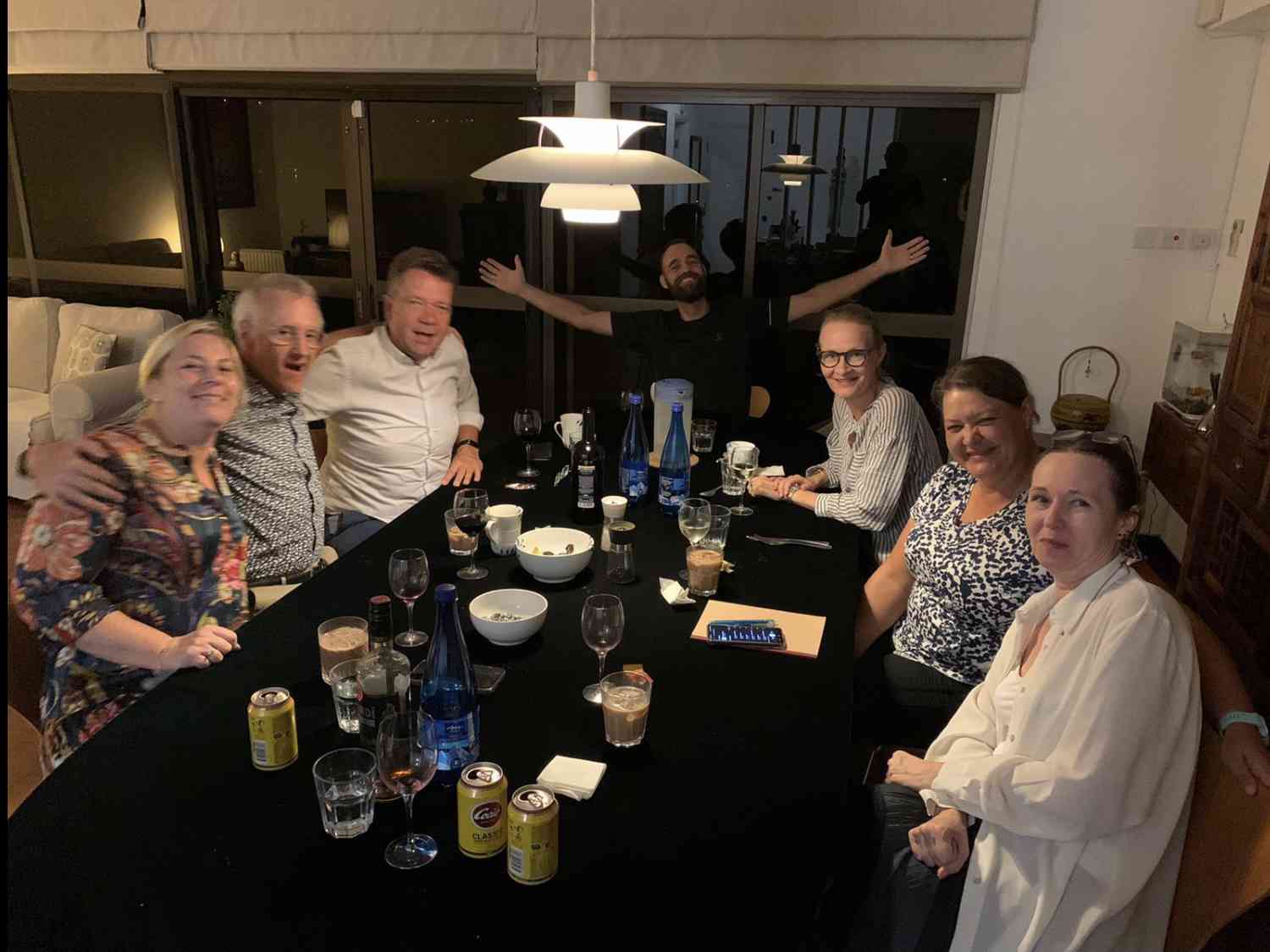 From the left: Anita, Anders, Thomas, me, Christina, Winnie and Anja. Note that Thomas has a really long arm!

My work for the Danish Seamen’s Church in Hong Kong seems to go well. I put a lot of effort into it as the only fulltime employee. I halfway see it as my “kingdom” and it will stay that way until I abdicate or someone dethrones me ;) I really like everyone involved with the church. The church council recently got together to discuss the state of current affairs. The assistant is usually not invited to take part in council meetings, but given that there is no reverend in Hong Kong for the time being, I was invited to join. We even had Anja Villefrance come and join us. She is the Consul General at the Royal Danish Consulate for Denmark. It is located in mainland China and there is no permanent representation in Hong Kong. Anja was on her way to Denmark and made a stopover in Hong Kong. I suspect a lot of Danes will use the opportunity to go to Denmark now that the hotel quarantine in Hong Kong has been brought down from three to one week for those who are vaccinated and arriving from a low-risk country. People mostly avoided traveling to Denmark when returning meant three weeks in a hotel room behind closed windows. It’s expensive too. 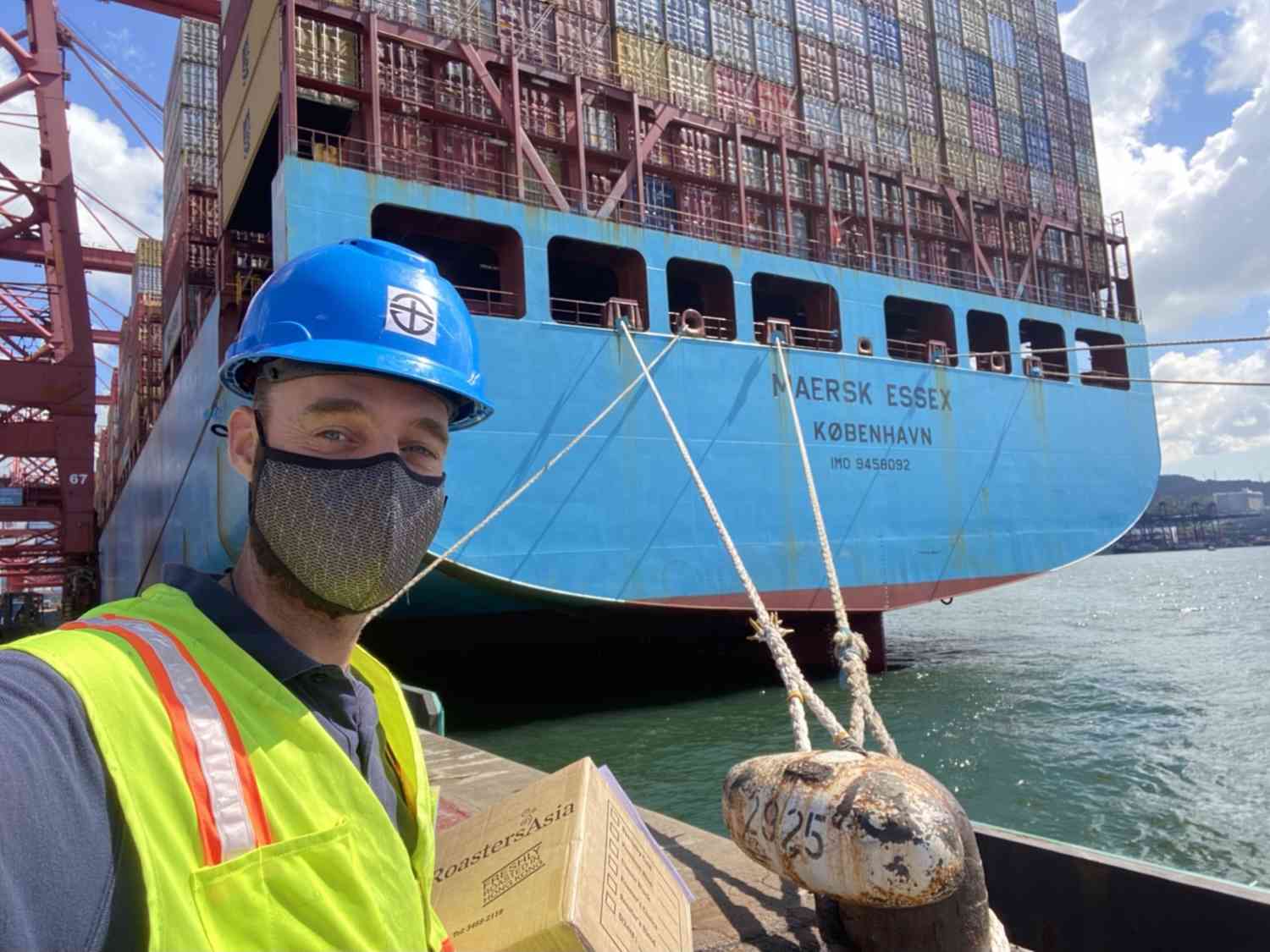 A lot of Danish flagged ships have been calling Hong Kong throughout the first half of July and there have been many requests for assistance from the Danish Seamen’s Church: 5kgs of coffee beans, reading glasses, gifts, sweets, suitcases, art for the walls and much more. The good ship Nordborg Maersk was among the ships which I found particularly interesting as she is brand new. She arrived to Hong Kong on her maiden voyage and it was quite interesting to see something of such a size in perfect condition. The ocean is a rough place and rust work is a constant part of the job for seafarers. This ship was perfect! Anyway, the Danish Seamen’s Church has operated in Hong Kong for little more than forty years and Danish Seamen’s Churches have been around since  1867 and I’m honored to contribute the slightest to that tradition. But my goodness…it has been a lot of work lately and I’m not exactly twiddling my thumbs within Once Upon A Saga. 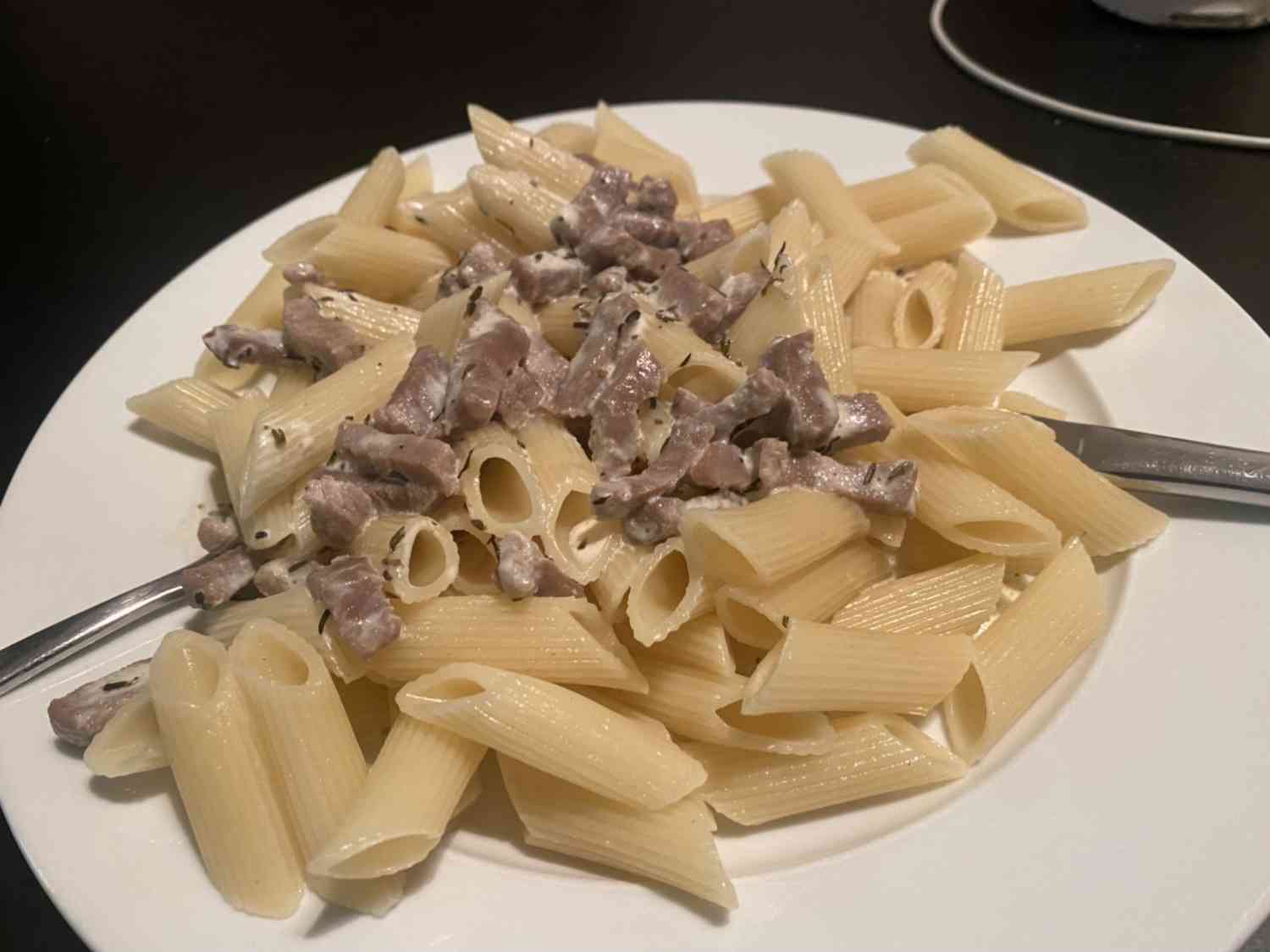 Yeah, I also do a lot of home cooked meals. This one was taught to me by my sister long ago.

Well, have a nice weekend wherever you are. We a crushing it in the New Zealand #RedCrossJourney and have already received NZD 2,000 in donations!! Fantastic!! The target is NZD 3,000 so don’t be shy. And my leg has mostly healed since last Saturday’s ultra-distance hike. So here we are, it is Friday again and I am doing another 47km (29mi). Please join or support team Once Upon A Saga in HK :)