Greenland - Caught between the ice claws of a winter paradise

Once Upon A Saga:I knew it wasn't a good logistical decision to head towards Greenland after December. But I had a plan. A plan that failed but was miraculously turned into a success.

What is Greenland? I get to ask myself that question everyday. Someone told me that the people up here have an amazing trade which is to live in the present. I myself live far from the present. I constantly drift into the past trying to keep up with all my past memories, the people I have met and the things I have seen. Then I fly into the future and speculate what will be next, how I will move forward and what lies ahead. 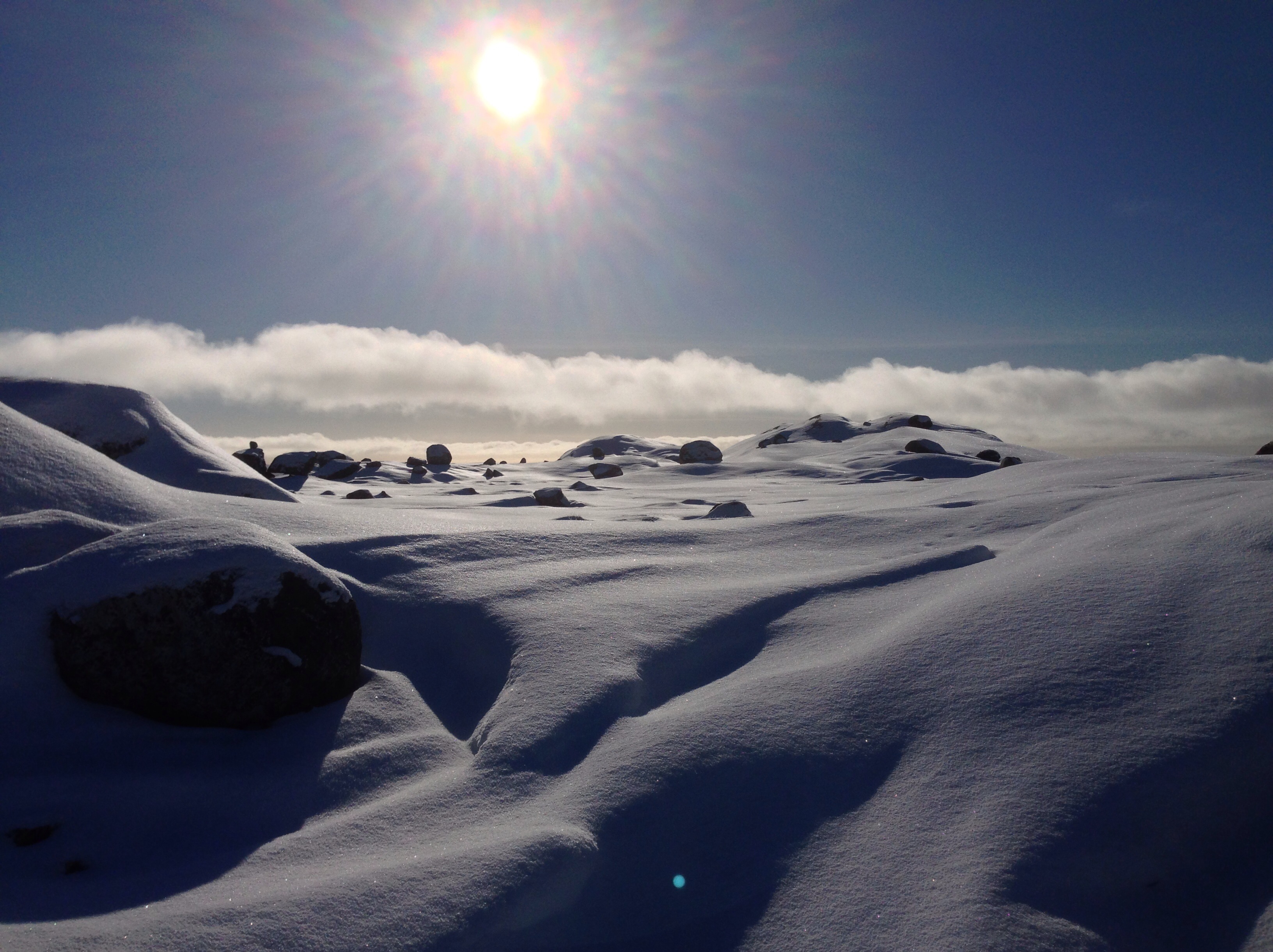 That's not Greenland. Greenland is now. The past and the future exists but the present is where life is. Interestingly enough I haven't heard a thing about climate changes or melting ice caps since I arrived. That's another thing someone told me; here people accept the situation whatever it might be. If the water level rises then the population simply moves further up from the shore. If it warms up then the shorts come out. A true "adapt and improvise" spirit.It was the amazing crew onboard the Ilivileq that got me from Iceland to Qaqortoq in the south of Greenland. I was treated like a dear guest while onboard and the huge killer waves I anticipated were left to my imagination. Storm level winds hit us as we rounded the infamous Cape Farewell but we were going with the current and with the wind behind us so the waves stayed flat. It took us 5 full days to cross the ocean due to heavy and potentially deadly ice in the dark sea. And we didn't see any other ships at anytime. But the skillful crew knew what they were doing and kept us safe. 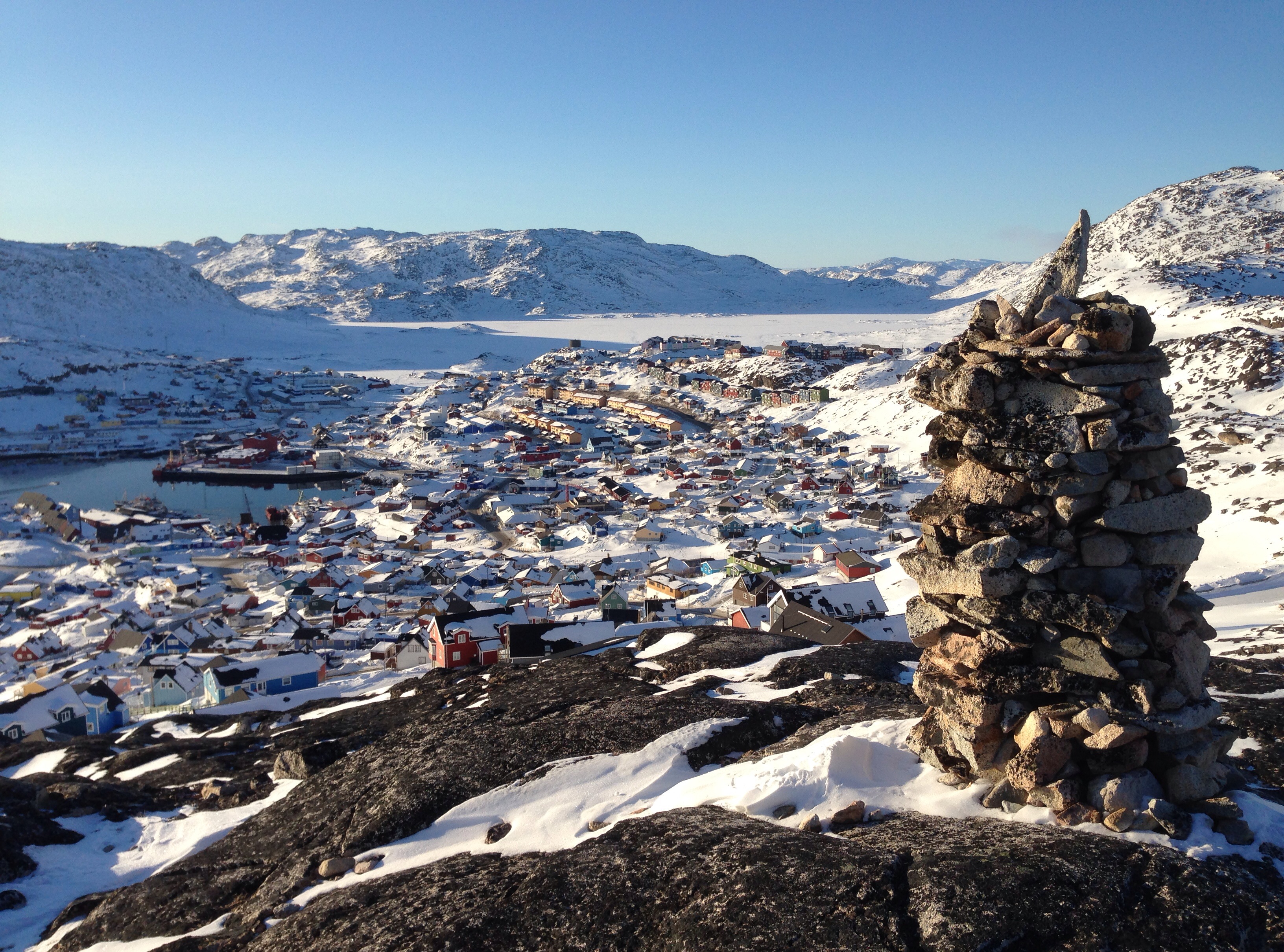 A view of Qaqortoq. There are no cities or villages that are connected by road in Greenland.

Qaqortoq gave me a greeting which was King worthy! The sky immediately turned blue and the visibility was endless. I was invited to go skiing, made new friends, enjoyed the local environment, visited some schools and generally just enjoyed being in a place where it was nice to be. I also visited Great Greenland (www.great-greenland.gl) which produces almost anything you could imagine out of seal skin. The seals are hunted by local Inuit communities and the industry is closely regulated by the government. I will tell you that you get first class products from Great Greenland and that my only stake in saying so it is that it's a sustainable business model for Greenland. A country that has a long road ahead in order to build a sustainable economy. 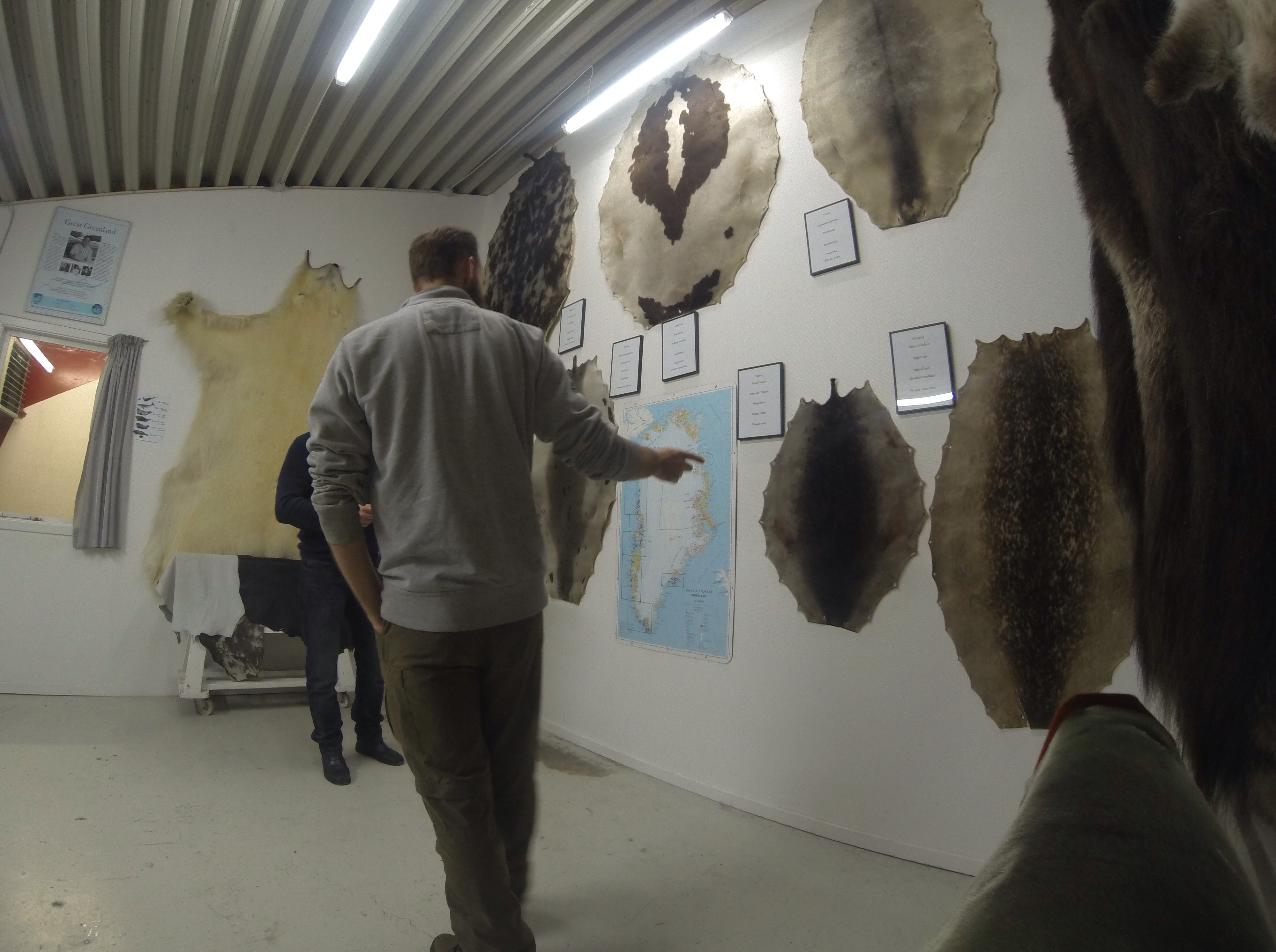 My visit at Great GreenlandSo what is Greenland? A country roughly a 3rd of the size of Europe. However a country with a population that's less than 60,000. Is it just ice and snow and polar bears? NO FOR HEAVENS SAKE!!! It's G-Star, wifi, Hollywood, alpine skiing, smartphones, education, entrepreneurship, family, culture, history, politics, homeless people, fishing, loving, living, problems, solutions, youth, snowmobiles, debating, dreaming, singing, shouting, standup, concerts, hiding, seeking, finding and a million other things!!! LIFE is being lived up here EVERYDAY which includes every feeling that the human body can muster. THAT is Greenland...in my opinion. 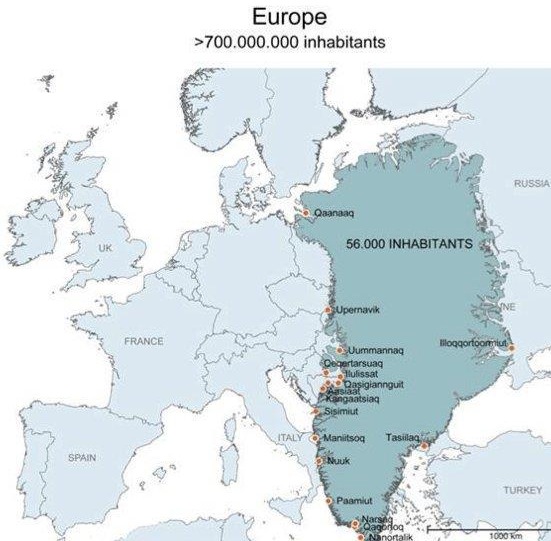 Royal Arctic Line has a complete monopoly on all sea freight to and from Greenland. There is only 1 international route which is Greenland - Denmark - Iceland - Greenland (in that order). There are no ties to Canada other than fishing, the occasional explorations for oil and gas, the subsea internet connection to Greenland, the navy and finally; cruise vessels during the season. Trust me when I say that I have exhausted every option other that walking across the ice or kayaking to Canada. Actually...I even had a good look at the last 2 options as well. 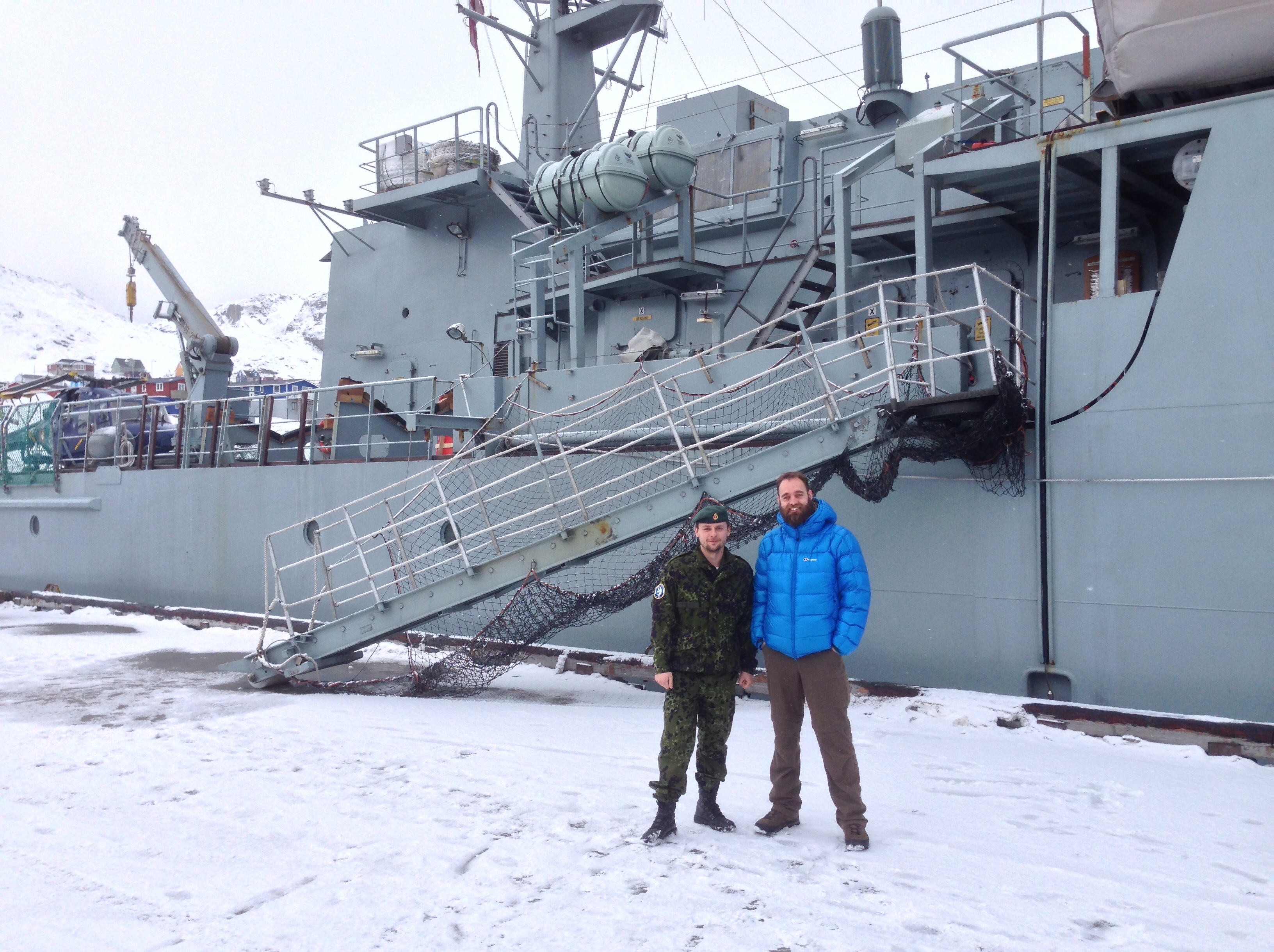 The Navy invited me for coffee and cake. 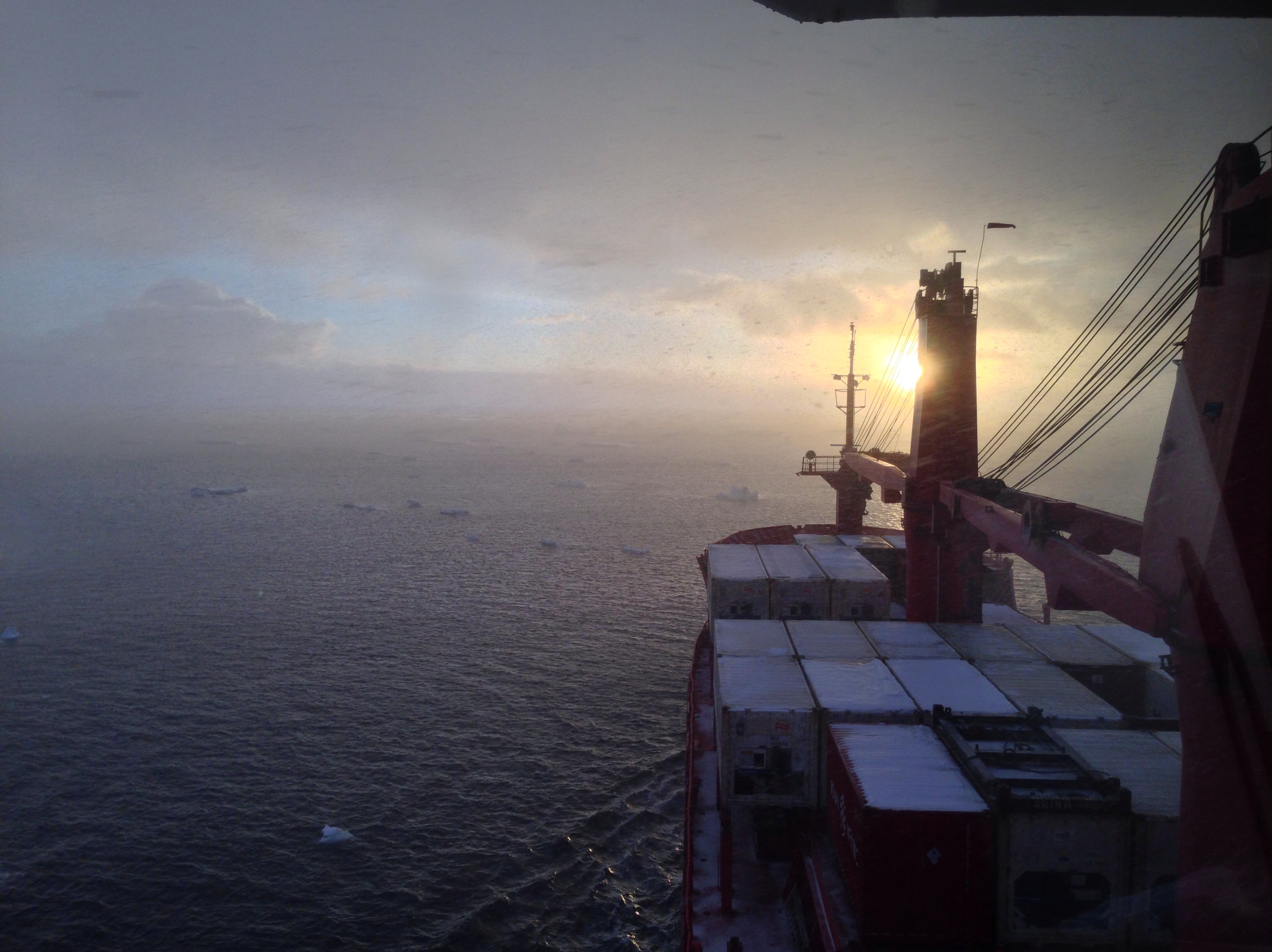 The view from the bridge onboard 'Arina Arctica'

Royal Arctic Line however gave me a very rare treat which was to carry me north from Qaqortoq to the Capital: Nuuk. 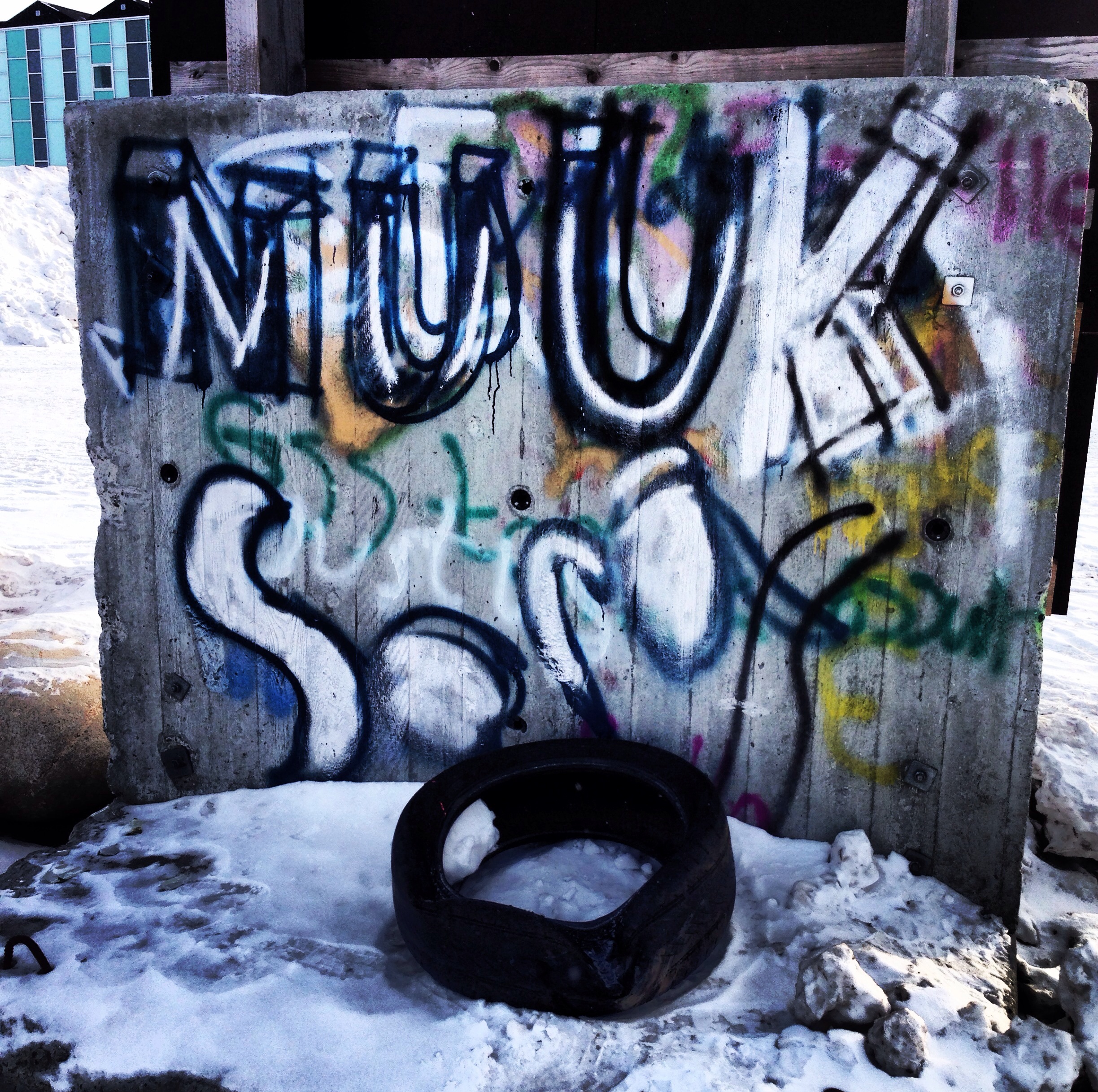 To the left: Grafitti in Nuuk

To the right: Children from the International School in Nuuk

In Greenland Nuuk is a biiiig city. Although it only counts a population of about 16,500. But it does have everything you need and it's too big a place for everyone to know everybody. The media has been kind towards this project and in turn I am often recognized anywhere I go. I have been in the news, on local TV, in the weekly magazine, in the paper and on radio. I wonder if I will ever get that kind of exposure again anywhere? Probably not. People walk up to me and congratulate me. A complete stranger told me how proud everyone is of me. I'm often told how amazing this project is and I've been asked to give a number of lectures/talks about my travels.The media also drove attention to Jackie who runs a low budget guesthouse (www.vandrehuset.com) in which I am now staying. That, believe it or not, is making Nuuk one of the only places I have been able to stay under budget so far. Jackie invited me to come and stay at his place and that kind of network partially ensures the success of this adventure. 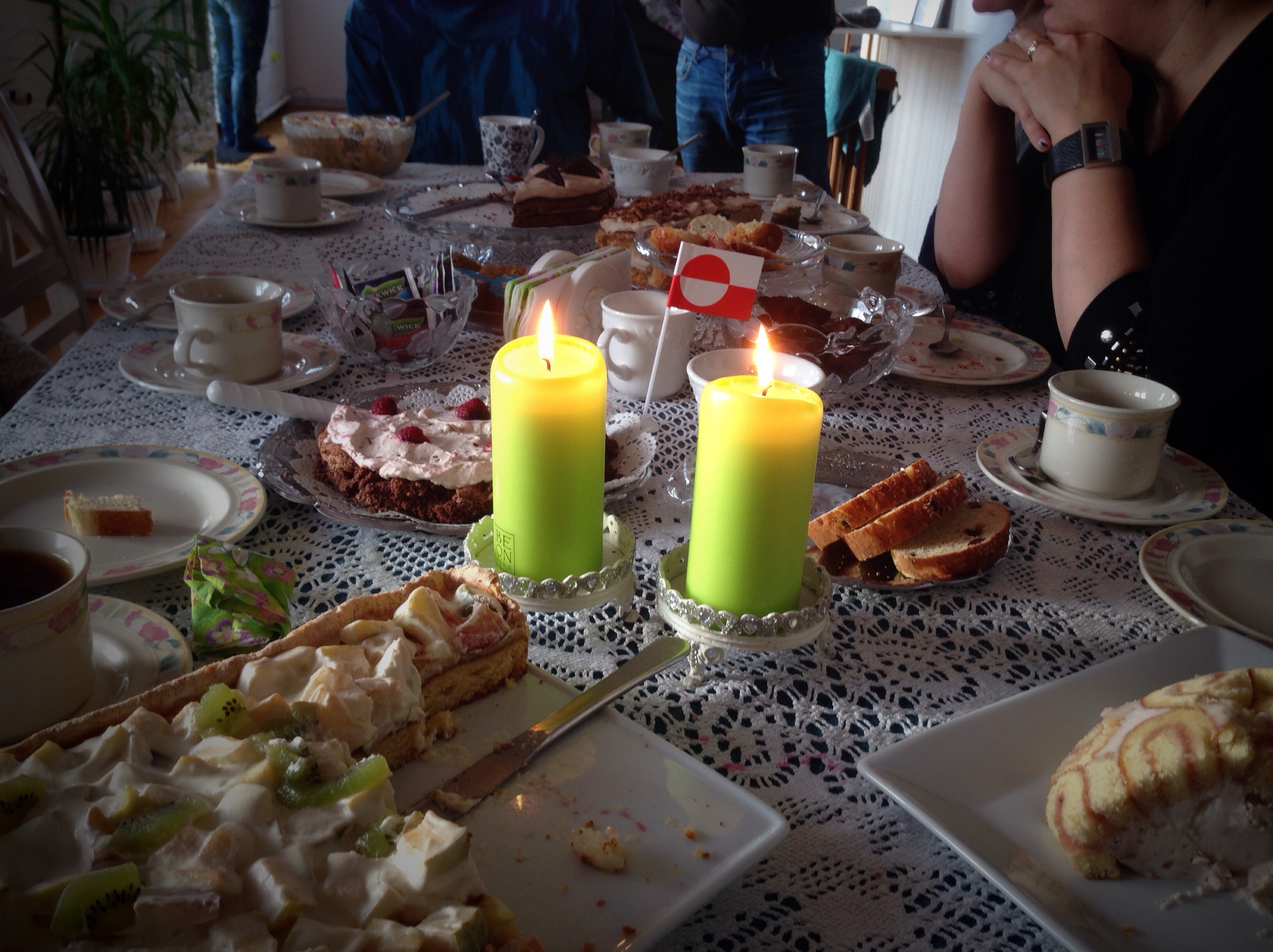 Kaffemik is a brilliant concept of stopping by unannounced for a celebration, bringing a small gift, eating a lot of cake and leaving again within 15 minutes. Kind of like a "drive by cake event"

The idea of people coming up to me on the street conflicts with my original picture of the common person's psyche. I would have said that people up here generally are introvert, hide their problems within and do not engage with strangers. But I have experienced the opposite. It puzzles me.What I can say for sure is that I feel welcome. I have been greeted with the highest level of care and friendliness and as cold as the winter temperatures might be I have been met with the radiant warmth of caring strangers. That is the greatest success of this project and I bet the world has much more of that in store no matter what the current international news stations are telling us. We live in an imperfect world...but with perfect abilities to change that. The past is set but the future is untold. That provides hope and hope has to be the synergy that pushes us forward wherever we may be heading. Don't you think? 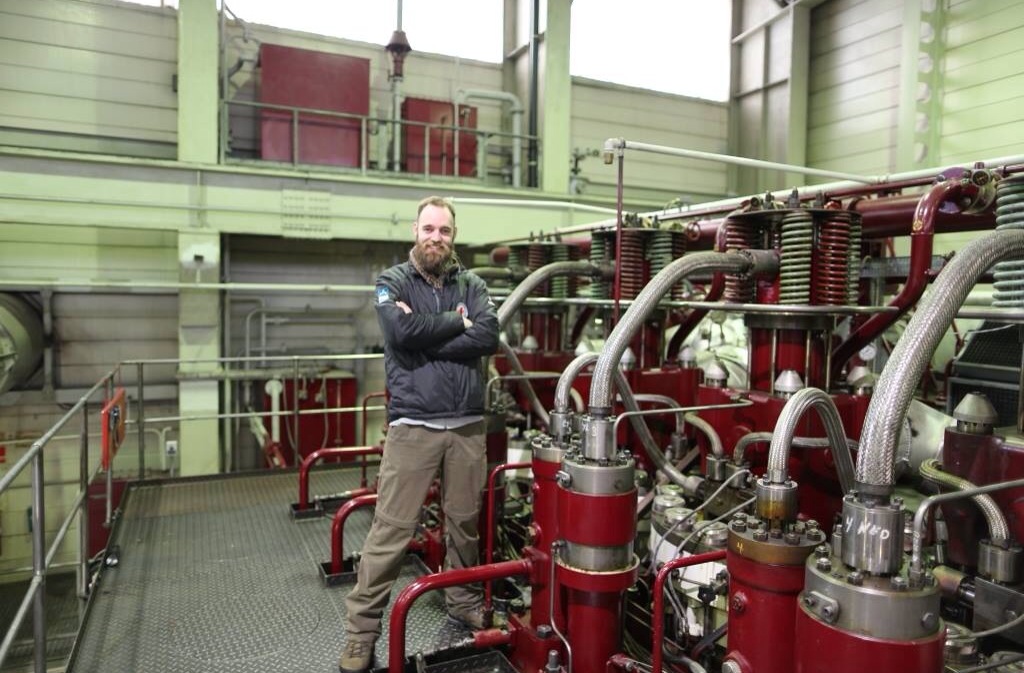 I'll be in Greenland for another 4 weeks before I get on a fishing boat heading back to Iceland. From Iceland I will have much better options to reach Canada and if Eimskip is willing to play ball then I could be in Canada sooner than later. 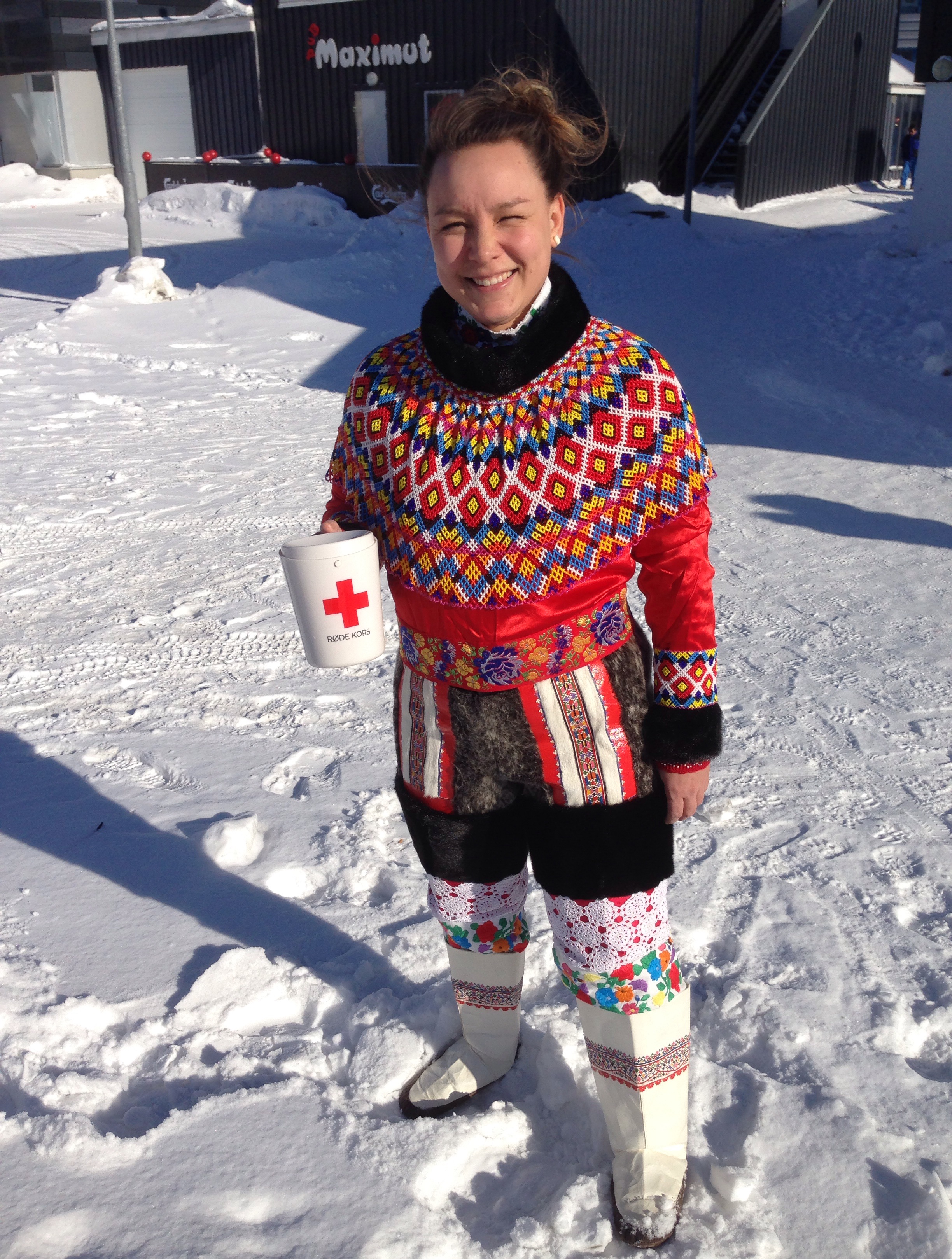 The traditional outfit for women during celebrations. Amazing!

I would like to end this blog by thanking a very special family. When I first arrived to Nuuk I was greeted with a warm welcome by Lena Lauridsen and her family (Eric, Hanna and Jens). I was introduced to Lena by a friend on Facebook. Since then the Lauridsen family has gone out of their way to make my stay as pleasant as possible. Even making me feel like I have a family in Greenland. Of many things that I am thankful for, Lena arranged for me to meet Maik who among many other things rents out apartments in Nuuk. Maik immediately offered me to stay in one of his apartments as long as it was available (www.maik.dk). Contrary to what might seem obvious this projects isn't purely about places. It's perhaps very much about people...and more so every day? 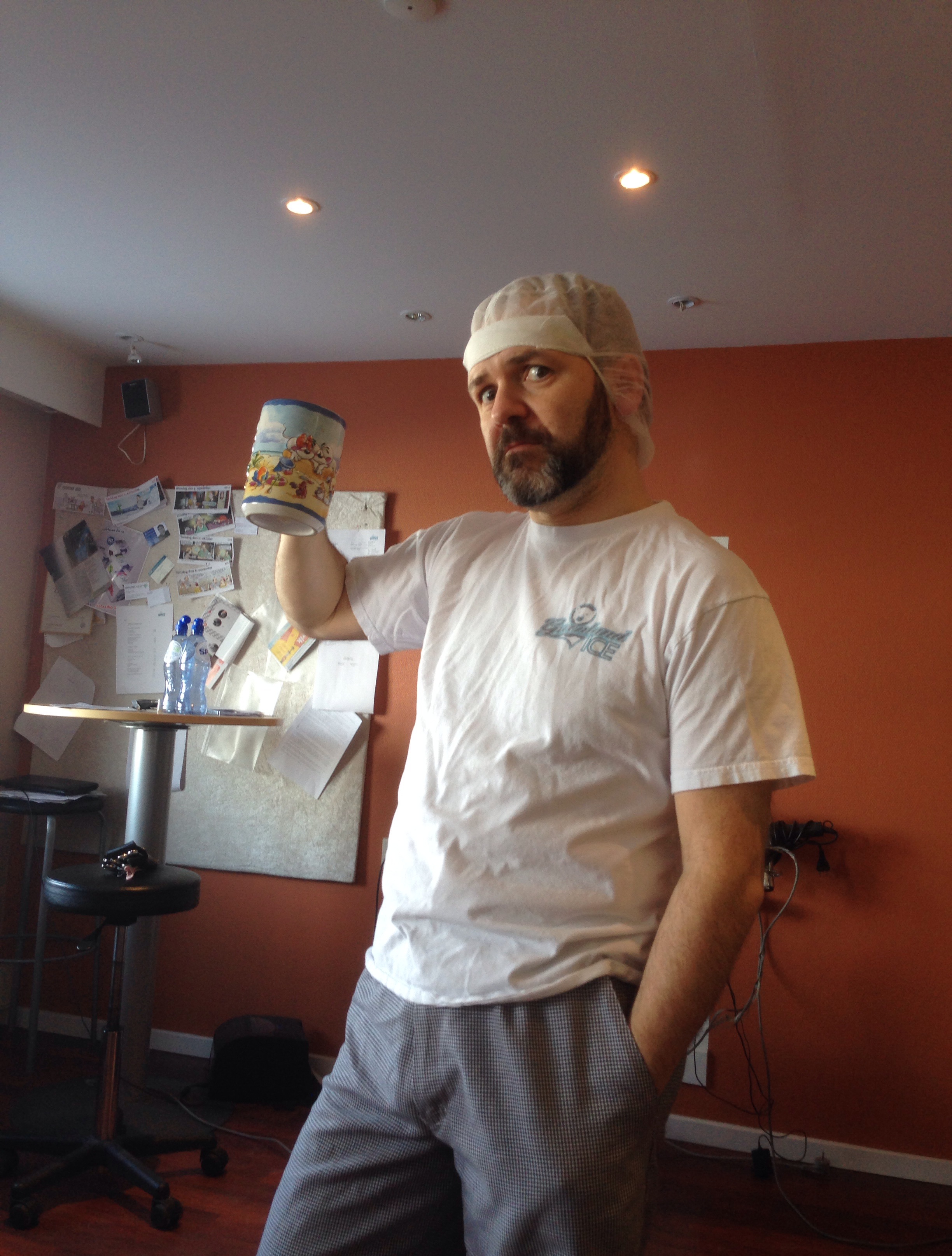 Maik. The picture says it all.Finally I confess that my backup plan which was returning to Reykjavik onboard the Ilivileq failed when it left several weeks ago - without me. I was invited but couldn't make it in time. But the good news is that Sikuaq Trawl has a fishing boat, the 'Steffen C', which has a date with a dry dock in Reykjavik on April 28th. And I've been welcomed onboard by the family enterprise ;) 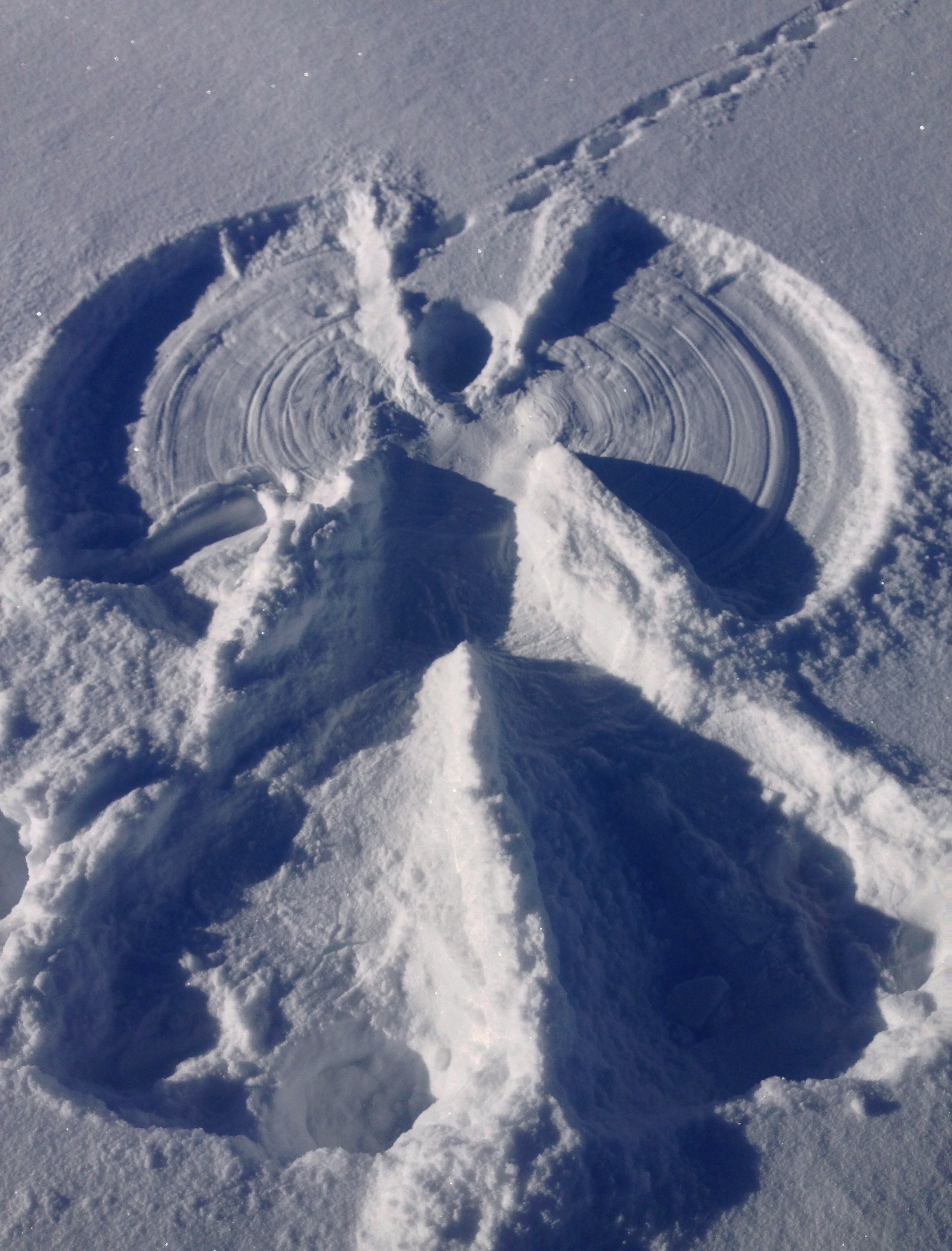 Look forward to another Greenland update before I leave :)PS: the Facebook group has grown to more than 1,000 followers. Amazing!!Best regardsTorbjørn C. Pedersen - that long bearded crazy guy in the blue jacket ;)