In between countries - the North Atlantic

I pretty much feel that the end result of this project is a part of pushing mankind forward. But then once in a while someone proves me wrong. 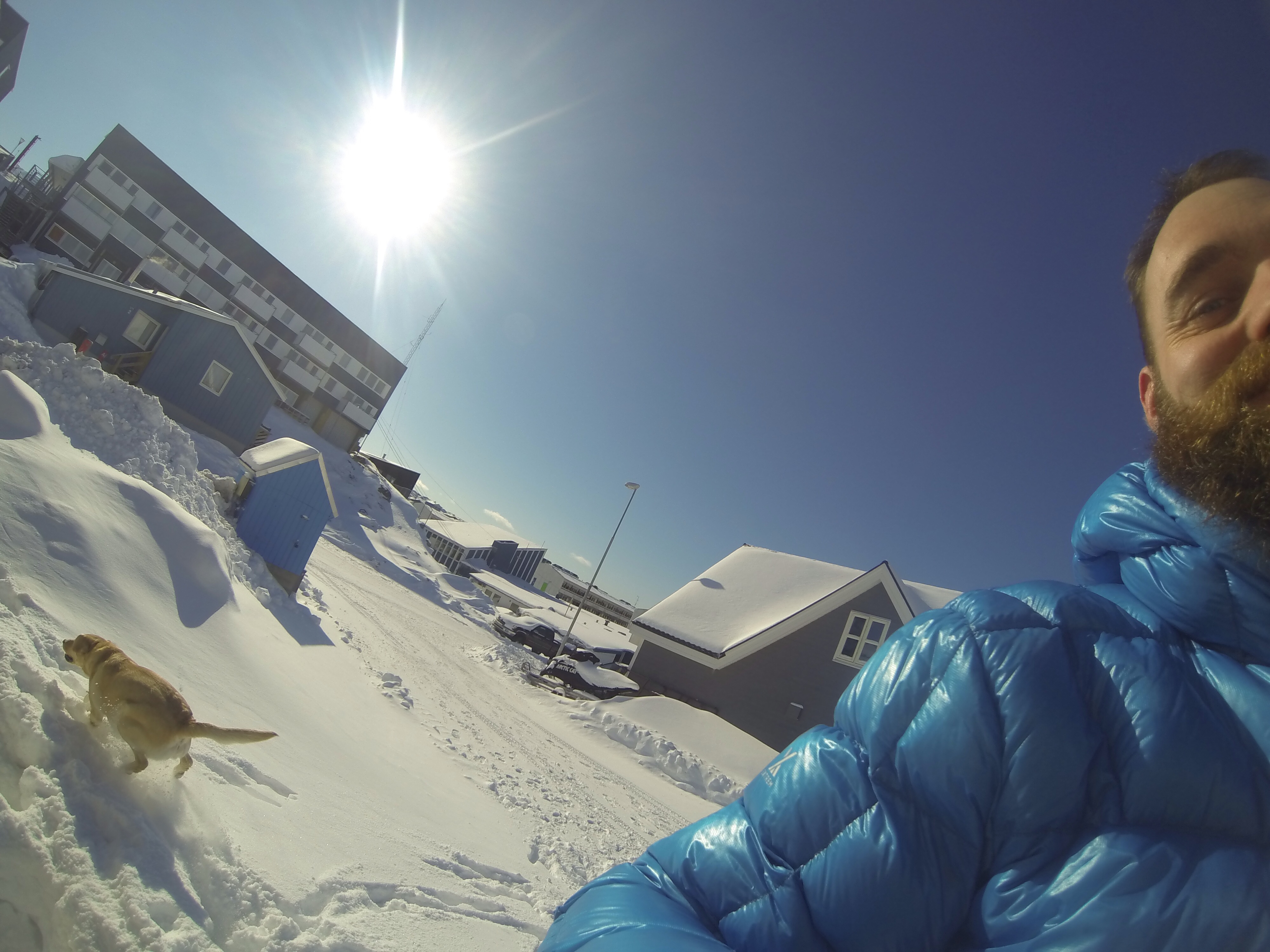 Look at it like this; it only takes a few days to actually summit Mt Everest. History tells us that it was done for the very first time in 1953. But today, decades later, the summit has been reached several thousand times. It's been reached by the blind, by the old, by whoever has enough money.Only 8 men have been to the moon since the first visit in 1969. But no one has traveled to every single country in the world in a single journey, without flight. However; we are about to change that - right? So what is the point someone might ask? Well, what was the point of reaching the summit of Everest? Why run a marathon? Why get up in the morning at all? What is the meaning of life?Have you ever seen a deer bungyjump? Probably not. No deer ever climbed a tall tree with a bungy cord around its neck while the remaining deer stared dumbfounded at it. Through observation you will discover that deer pretty much do what they did thousand of years ago. But humans...now that's a completely different story. The progress is racing ahead as we sit here. I think that proves to show that as a race we are capable of being more tomorrow then we were today. Does that then obligate us? 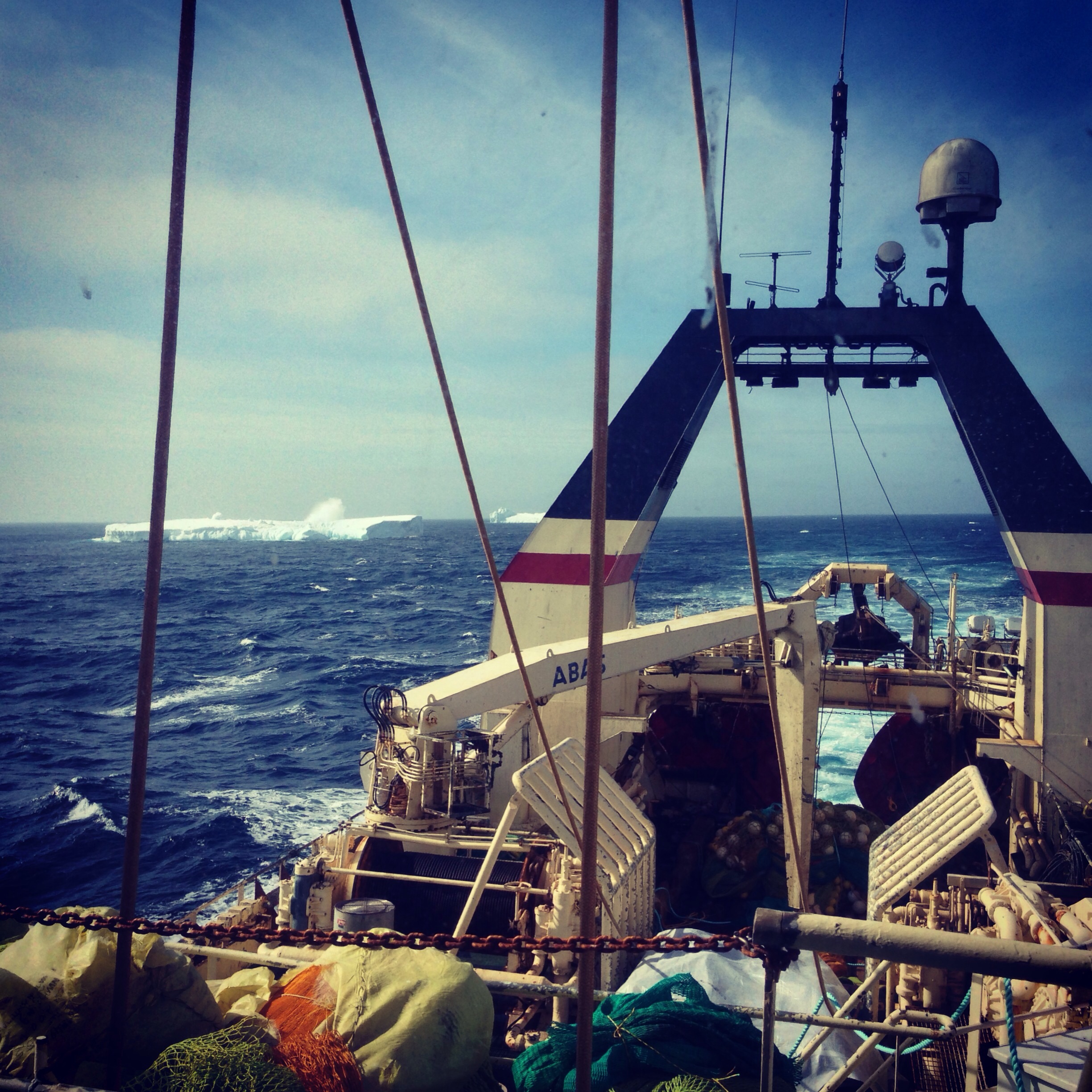 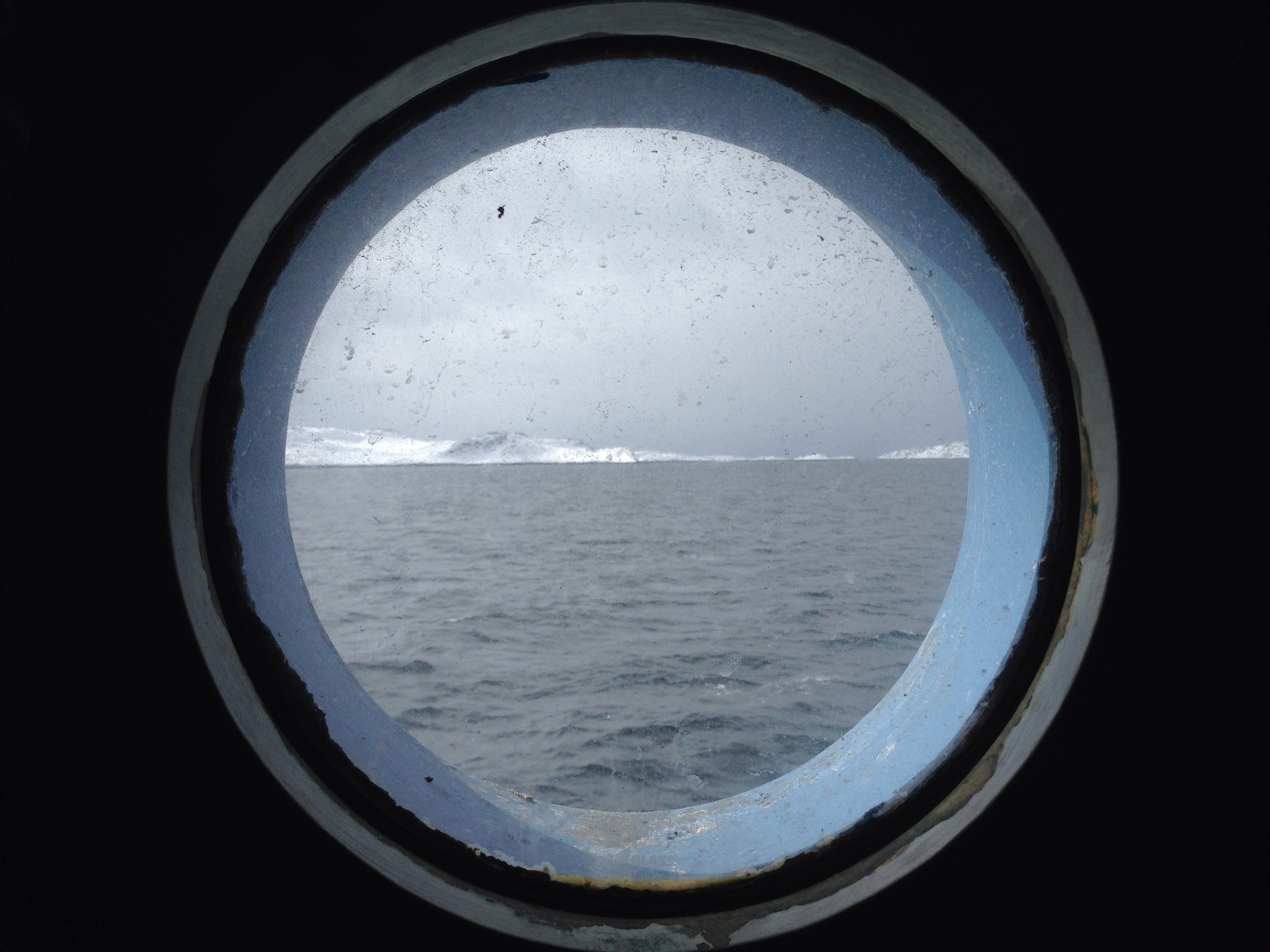 Onboard 'Steffen C' (the name is the owner's son)

I finally boarded the 'Steffen C' in Nuuk and left Greenland. I was completely surprised to experience that the shrimp trawler left 1 day ahead of the scheduled time. So I kind of lost 1 day - but having spent more than 2 months in Greenland that wasn't an issue. I would however have liked to have better time to thank everyone and say goodbye. 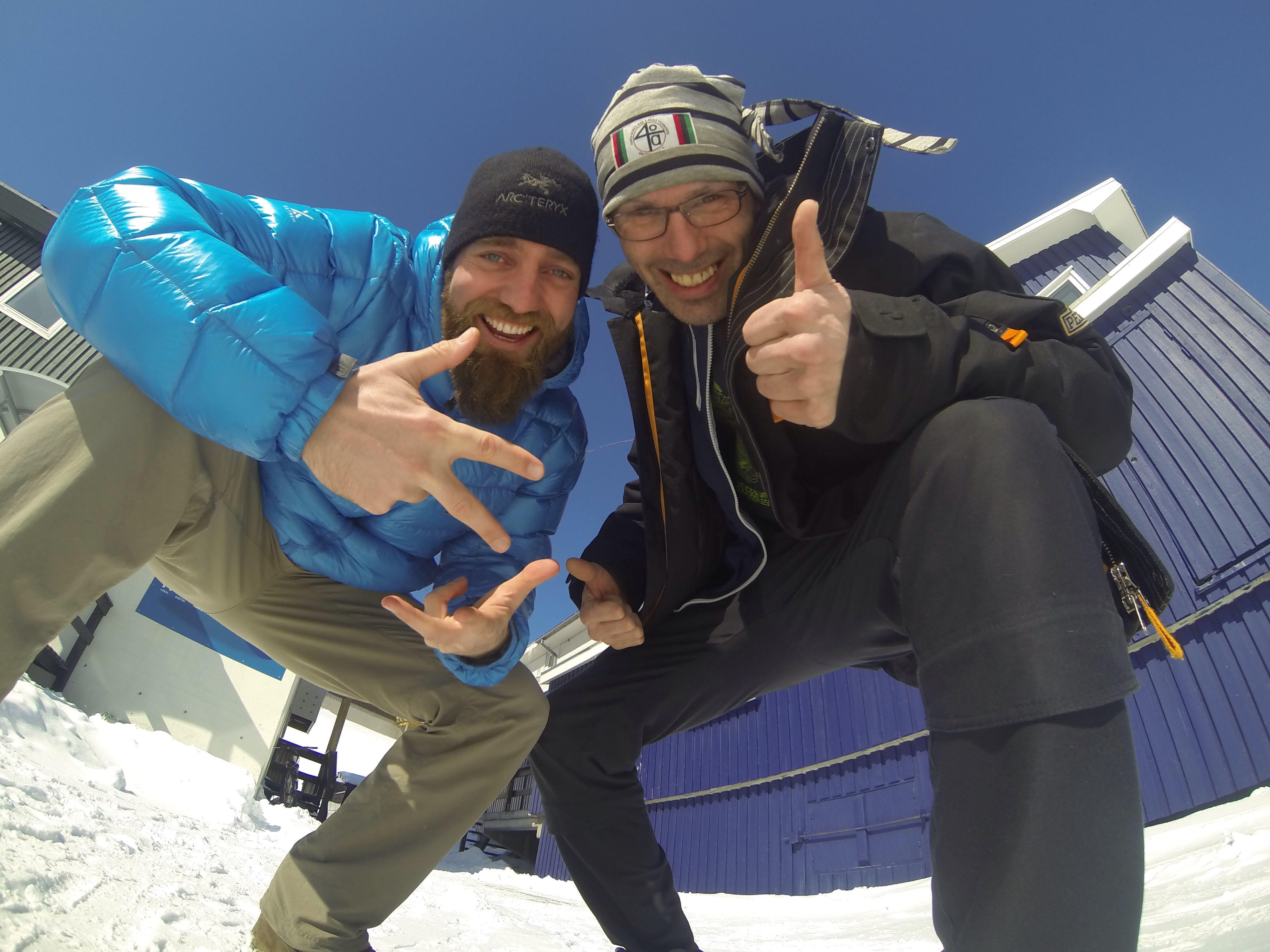 Hanging with Peter, a philosopher and friend

My one of a kind girlfriend came to visit me in Greenland and through her I realized how well I had gotten to know Nuuk. I admit that having that much time without a real purpose did drive me somewhat bored. But as young I was always told that only stupid people are bored so I raced around inventing new ideas for what to do. I have met A LOT OF people in Greenland. And I have had countless of short conversations with people who started to engage me with a "hi" and a smile. Often I couldn't figure out if I had met them before, if they knew me from the news, if they found the project on Facebook and knew me from that - or if this was our first time meeting. I have opened a lot of doors in Nuuk and entered a lot of rooms. It got to a point where I would pretty much visit the police just to say: "hi, so...what are you up to?". 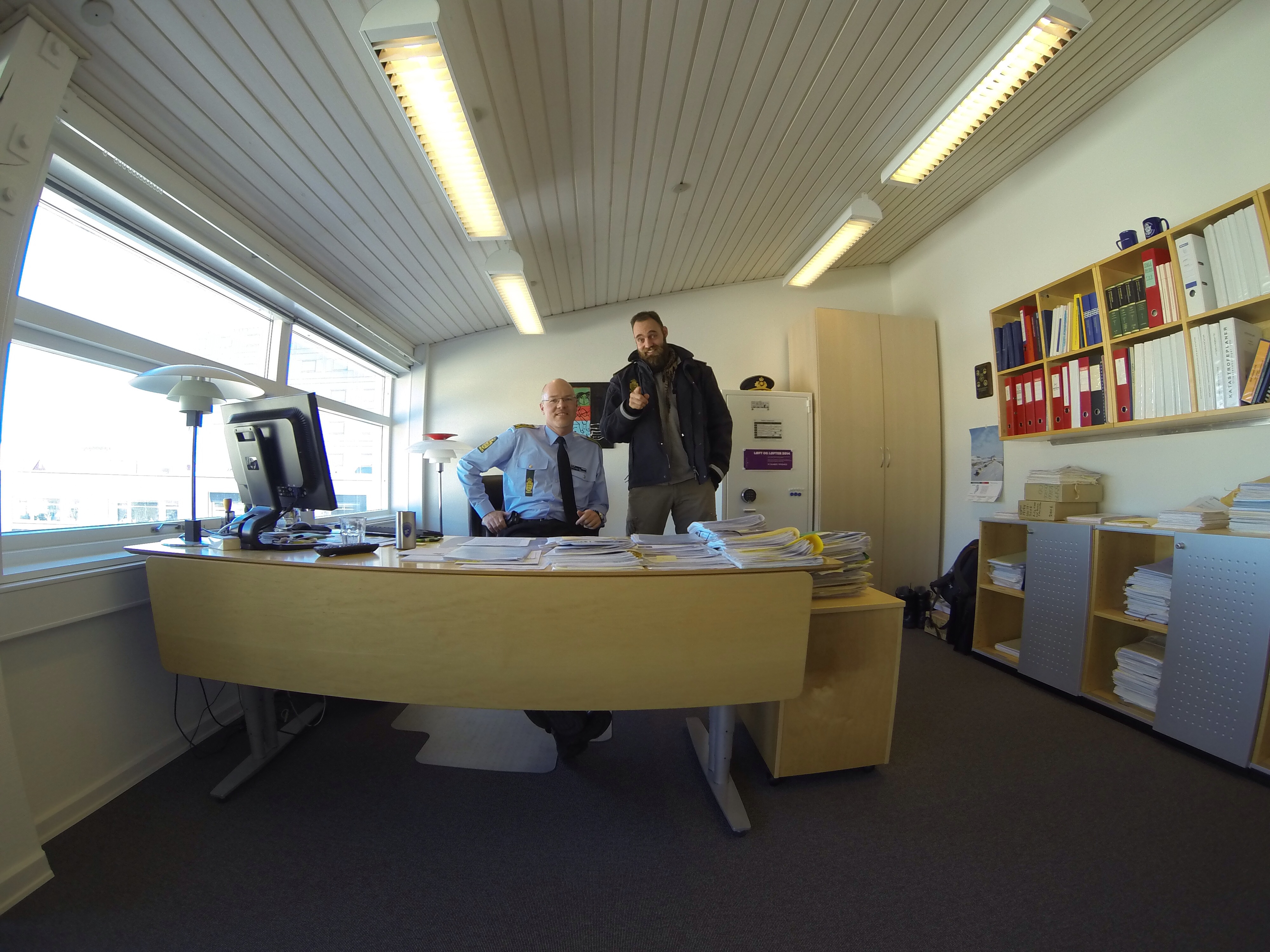 Hanging with the Chief of police
I feel absolutely privileged for the kindness that so many have shown me. All the invitations, conversations, laughs, experiences and openness. I have had an absolutely unique window of which I was blessed to look through, observe and learn. I have a little "Greenland" in my heart and it makes me sad to see the harmful aspects of what isn't working but it brings me immense joy to know that so much is working so well. You haven't been to every country in the world until you've visited Greenland. 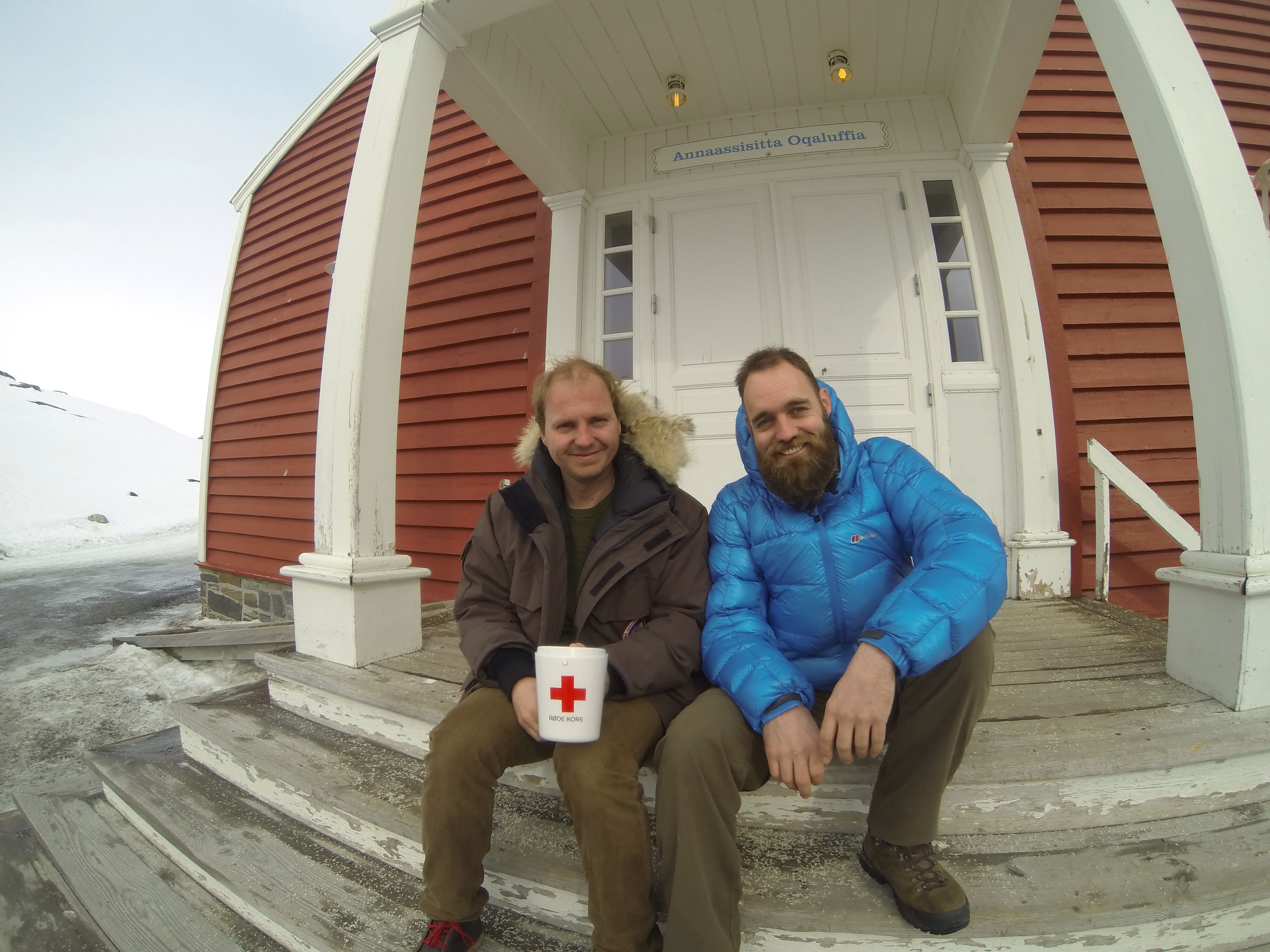 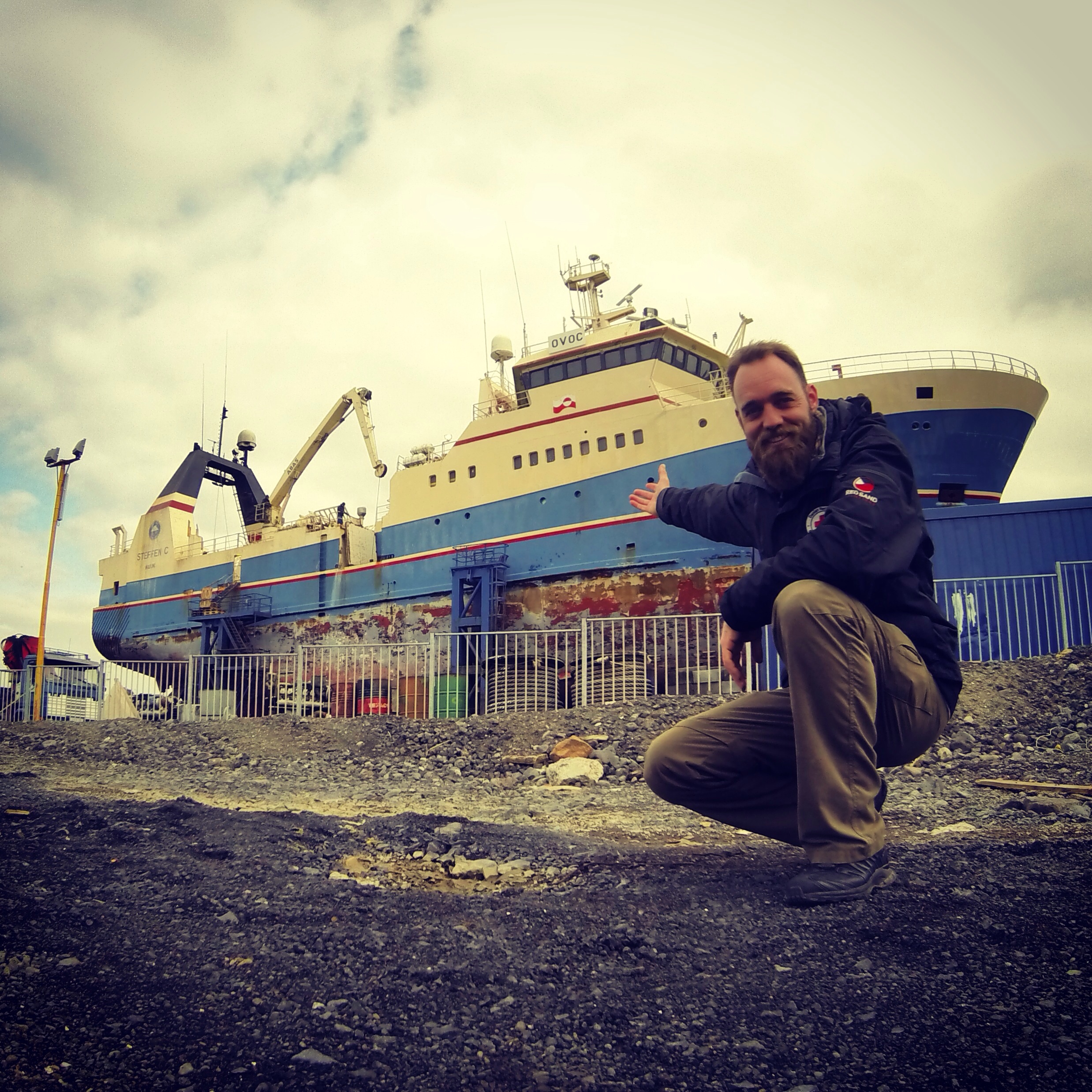 'Steffen C' on land in Reykjavik

Somehow and for some reason I started feeling really sad while back in Iceland. It lasted a few days. I did not feel like exploring but simply wanted to hide and be alone. I have realized that the latest part of this project has been more stressful for me than anticipated. You might think it's all fun and joy...but it takes a lot of work to "sell" this project everyday to strangers all around the world. Because if I can't make my "sale" then I'm stuck. Or at least that's the case in the North Atlantic. I am the master of nothing. What a title: "Torbjørn C Pedersen, master of nothing". But it's true. I cannot leave any of these countries when I want to. I cannot choose between different options for transport. I cannot plan my long-term future activities because I am at the mercy of strangers and their willingness to "buy". And all of that and perhaps much more dawned on me in a hard way when I returned to Iceland. And that was for a second accompanied by the question of: "why are you doing this?".But do not worry!! :) Because Iceland is the land of "can do" and I have never heard anyone say that anything is not possible. Because in Iceland everything is possible and that is a wonderful thing. The timeframe on delivering is something else all together. Because I really don't get the sense that anyone in Iceland will be riding on the day they saddle their horse. 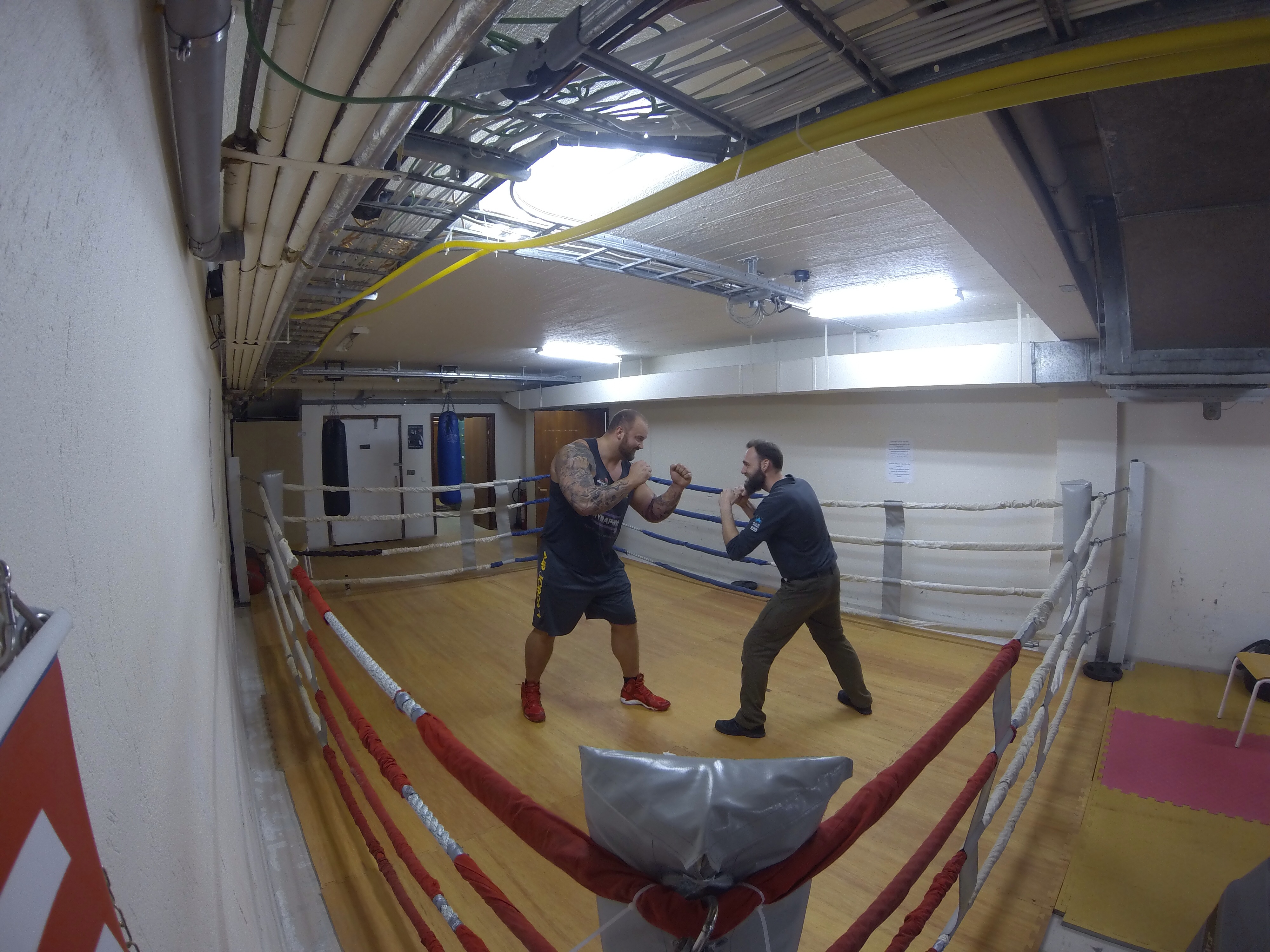 You should really do an internet search for Hafthor Julius Bjorsson

It was good to see a lot of familiar faces in Iceland. Very good. And I immediately booked myself into Reykjavik Bus Hostel where I also stayed the last time. I managed to arrange a meeting with strong man Hafthor Julius Björnsson who is currently the 2nd strongest man in the world. He also appears as an actor in a Game of Thrones where he plays "The Mountain". But all of that aside he is a really nice guy who chose to support the Red Cross and make me look like a dwarf. Everything considered I chose not to kick his ass :) 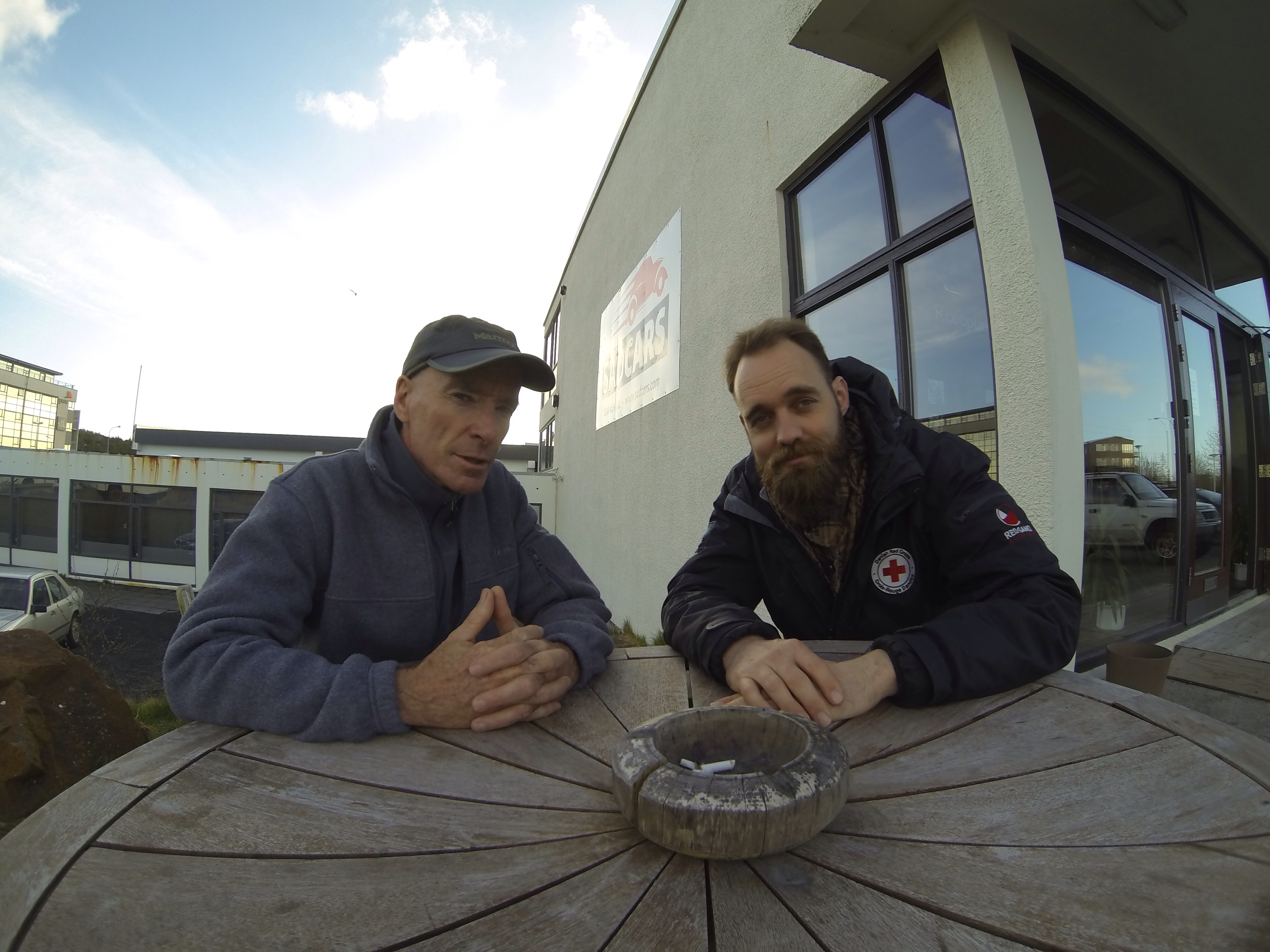 Hanging with Chris Duff who is rowing from the Faroes to Iceland to Greenland to Canada - that's right!

If you are leaving Iceland for Canada without flying this time of the year then you only have a few options. Apart from rowing, swimming or kayaking you might be lucky and get onboard a cargo ship. And those are operated but not owned by Eimskip. I'm not sure how many factors played into getting me onboard...but for sure Jesper at Ross Engineering worked wonders. And that's why it pays off having a strong sponsor! We be doing this thang: The Ross Way! :)

I'm onboard the "Westerkade", a container ship which will be my home for the next 7-9 days before we reach Halifax. That concludes the final leg of crossing the North Atlantic in the wintertime without flying. Do you think you can do it? ;)I'm so happy :)Best regardsTorbjørn C. PedersenSent from somewhere in the World! I am on my way to every country. Find out more: www.onceuponasaga.dk