I love it when the stereotypes of a country come true. Because what do we commonly know about...say; Canada? Well; they are kind and polite. Guess what? 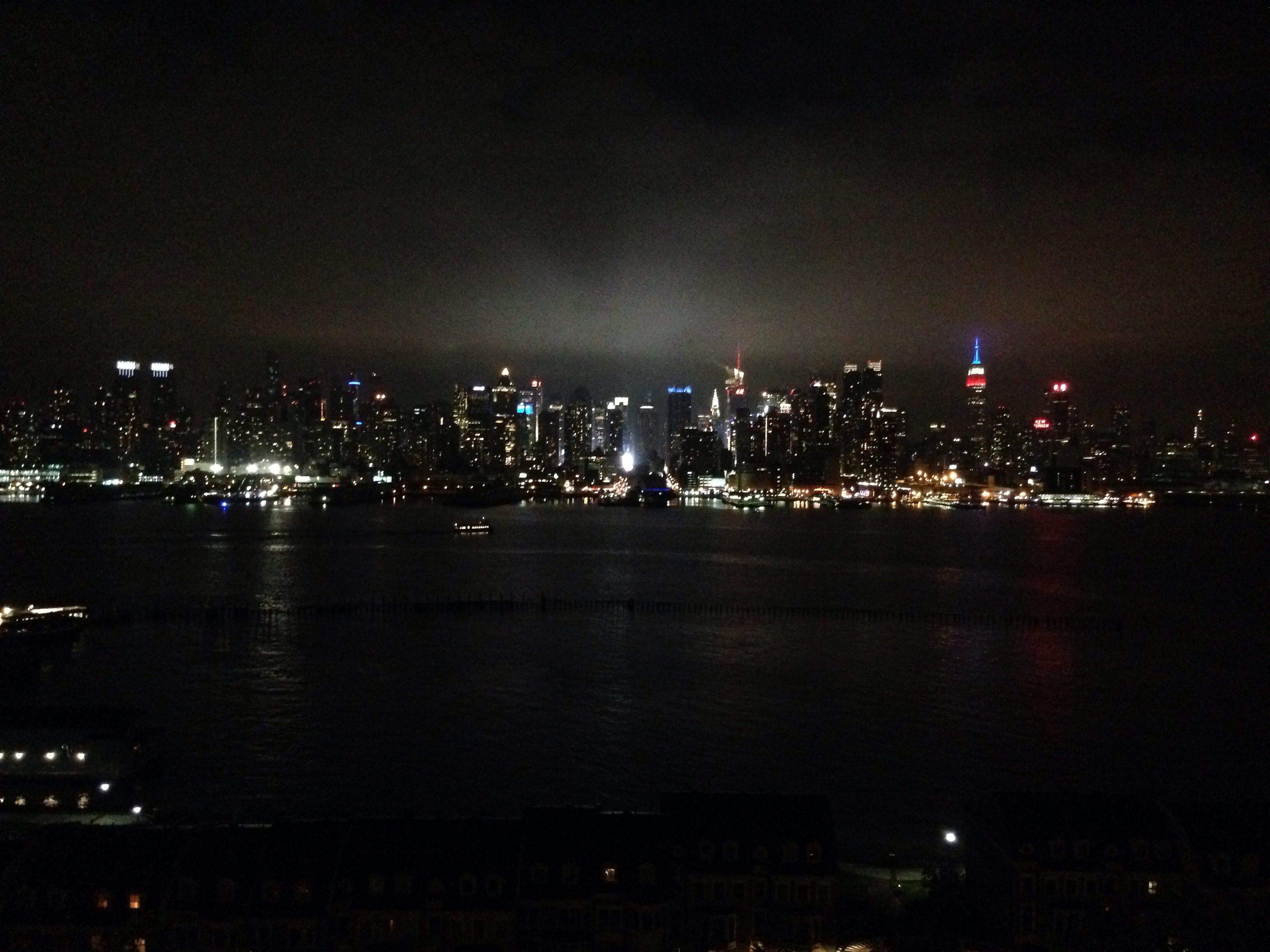 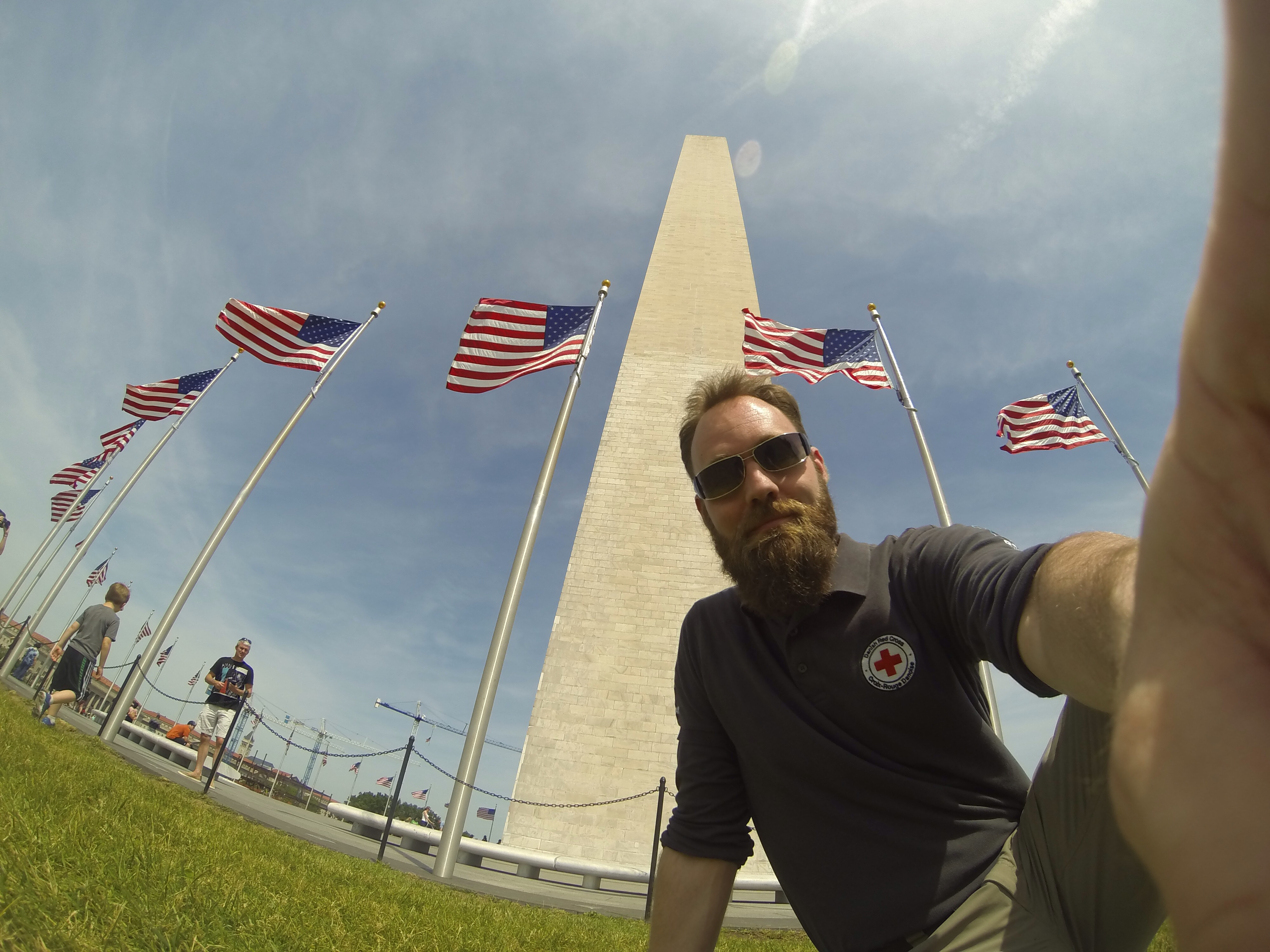 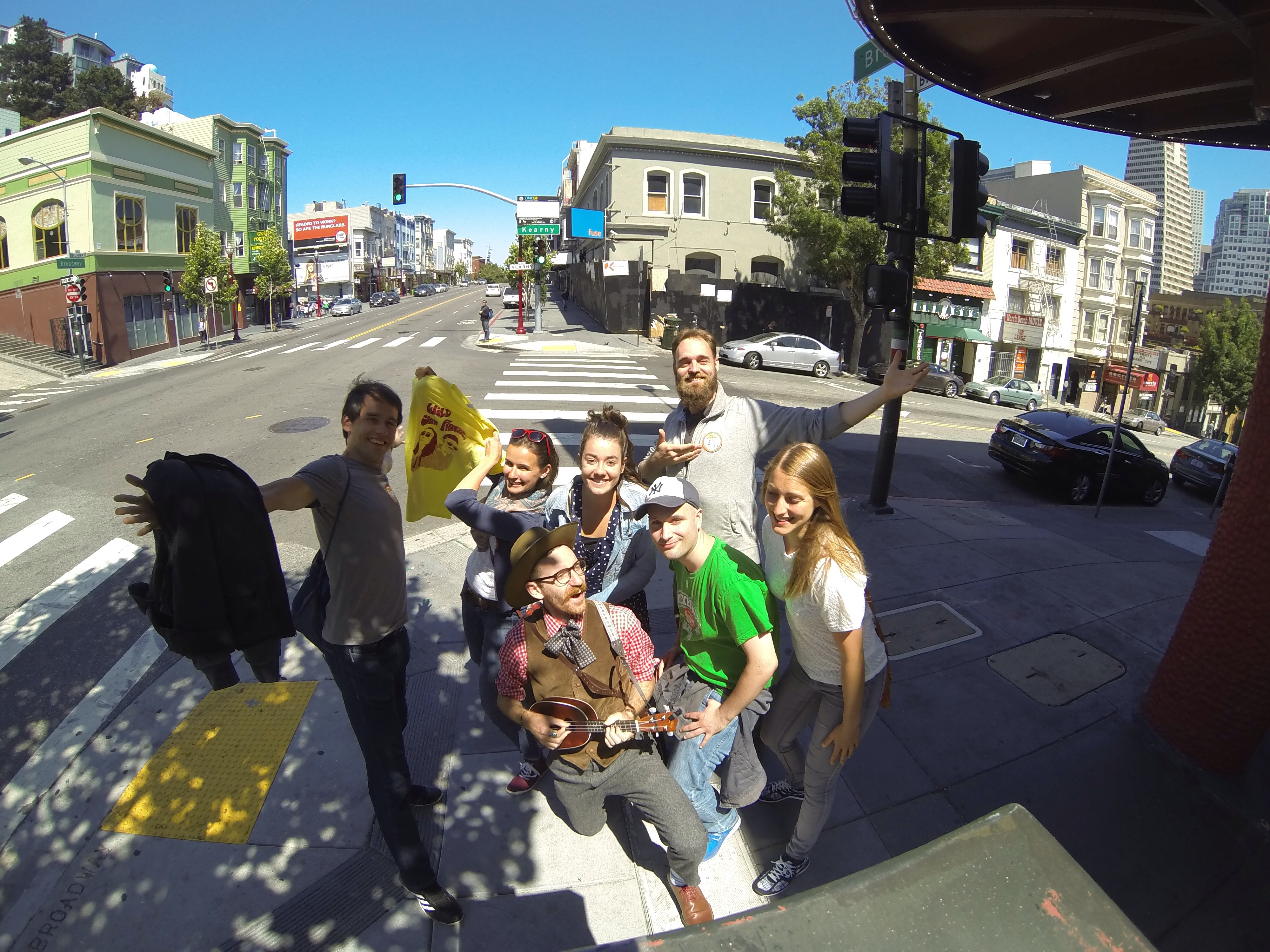 Now hear this; I'm not running around in lala-land thinking that the would is a spotless place where all is good and everyone could be friends. I'm perhaps a little too old to believe in that and I have already seen too many things. But on this project I choose to focus on the positive without being naive. Let's just say that I believe that the larger a country is the greater the shadow it casts. And within that shadow you will always find darkness. But in order to have that shadow the country itself must be well lit. So let's focus on the light bright area whenever possible and let the journalist cover all the grim materiel. They will you know.Canada:Having said that, I entered Canada after 2 armed Canadians from customs and immigration signed me in and let me step off the Westerkade and on to Canadian soil. They were kind and professional and one of them told me that he admires what I am doing and values it. Then the ships agent offered to drive me to the train station. That was friendly of him! The train had left and I stayed the night in Halifax at a hostel where I ended up debating easy subjects like quantum physics (?) with another guest. I then proceeded to walk down to the supermarket and on the way I was offered a free donut. How friendly. 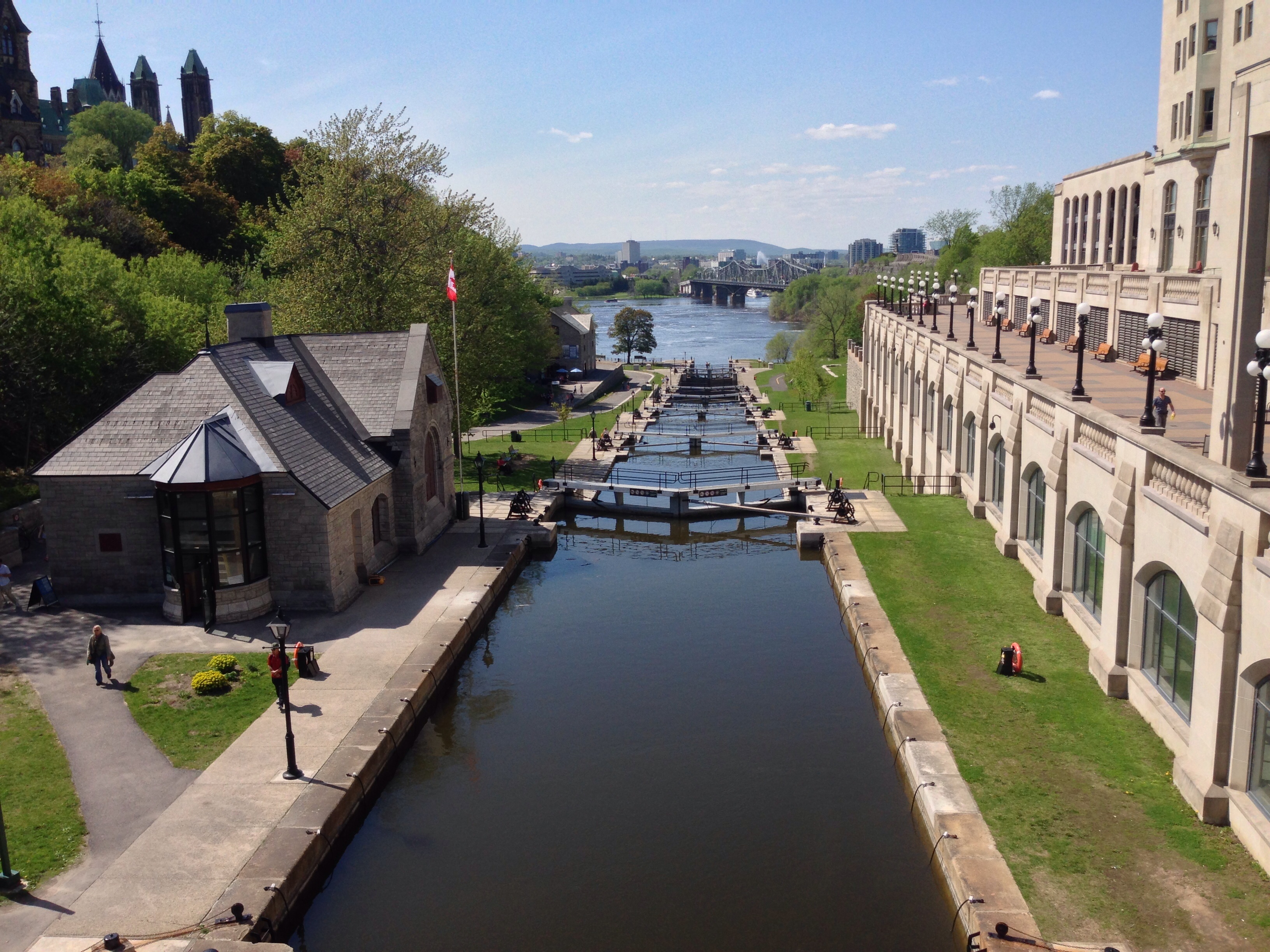 The next day I got on the 26 hour bus ride to the nation's capital Ottawa. Looking at the map I started to understand how enormous Canada is because a 26 hour bus ride is nothing in comparison. The sky was blue and the temperature pleasant. Nice.I met the ever so friendly Canadian Red Cross of which one remembered that she had a gift certificate for a nearby hotel which they wouldn't use. So she gave it to me. How pleasant. At the hotel I tell the receptionists about the project and 10 minutes after I entered my room they brought me a delicious meal and a sweet encouraging note. Wonderful. 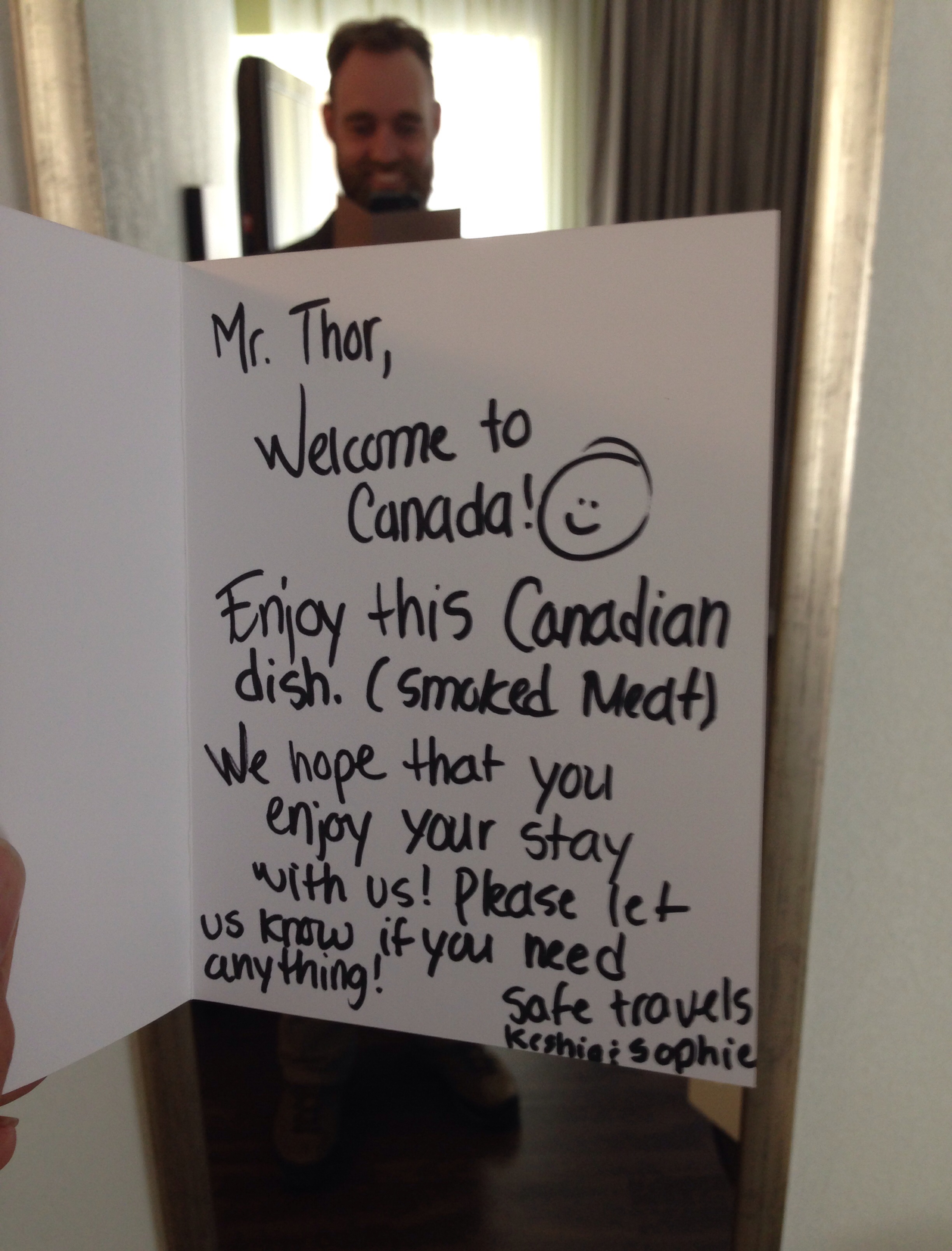 Note from receptionI go for a walk in Ottawa and the weather is so nice that I do not need my jacket. I visit the FREE parliament for a FREE tour and the guards smile and are nice. Outside I notice these young people with matching uniforms who apparently are paid to walk around and ask people if they require help - for ANYTHING! :) How great is that?! 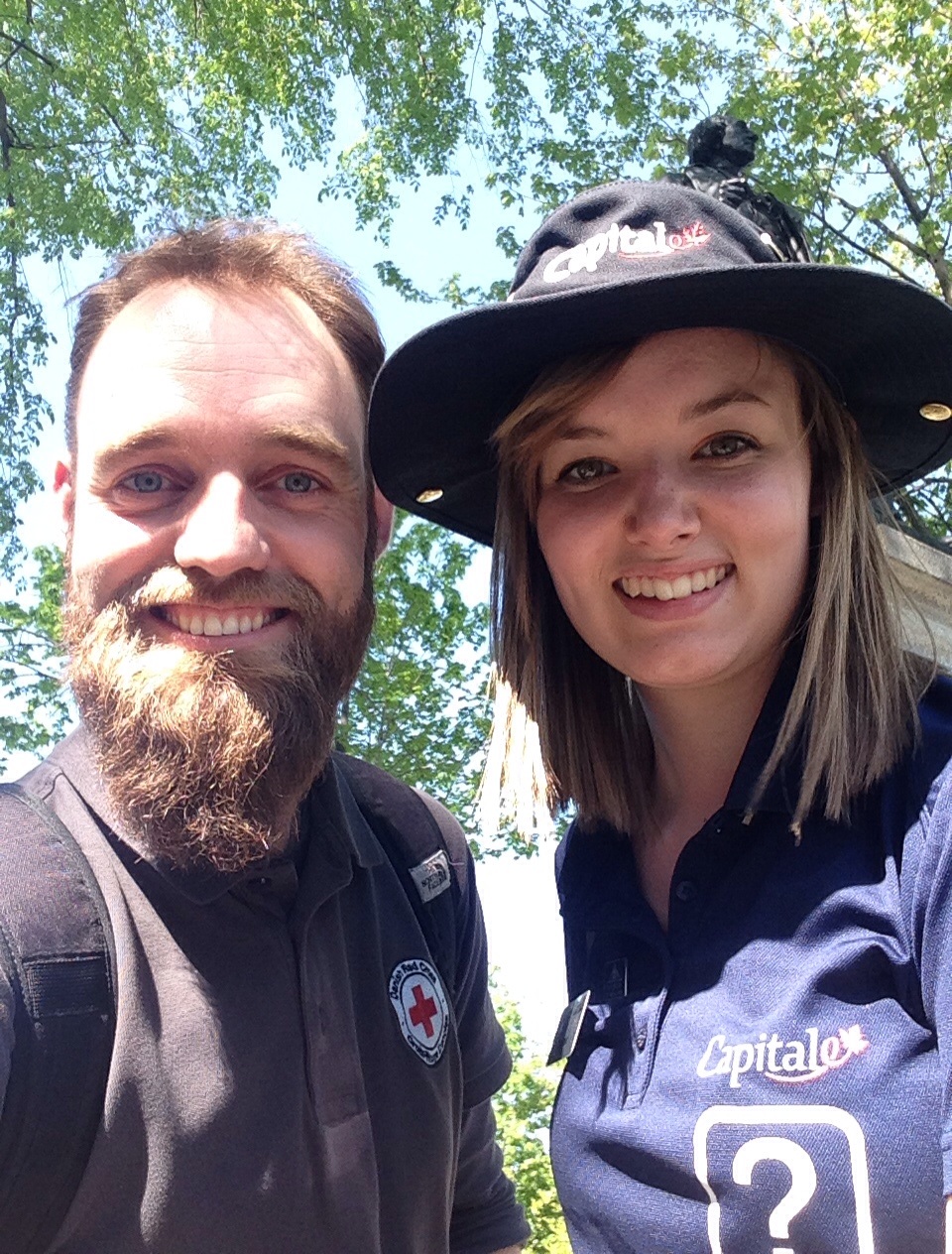 Helpful guidesThe media seemed really interested but wanted more time. So there was no media coverage in Canada. The first country in a long time.

I choose to visit an old friend of my parents near Toronto. A couple which I sort of think of as grandparents. I remember playing on their floor more than 30 years ago and realize that it may be one of my oldest memories. 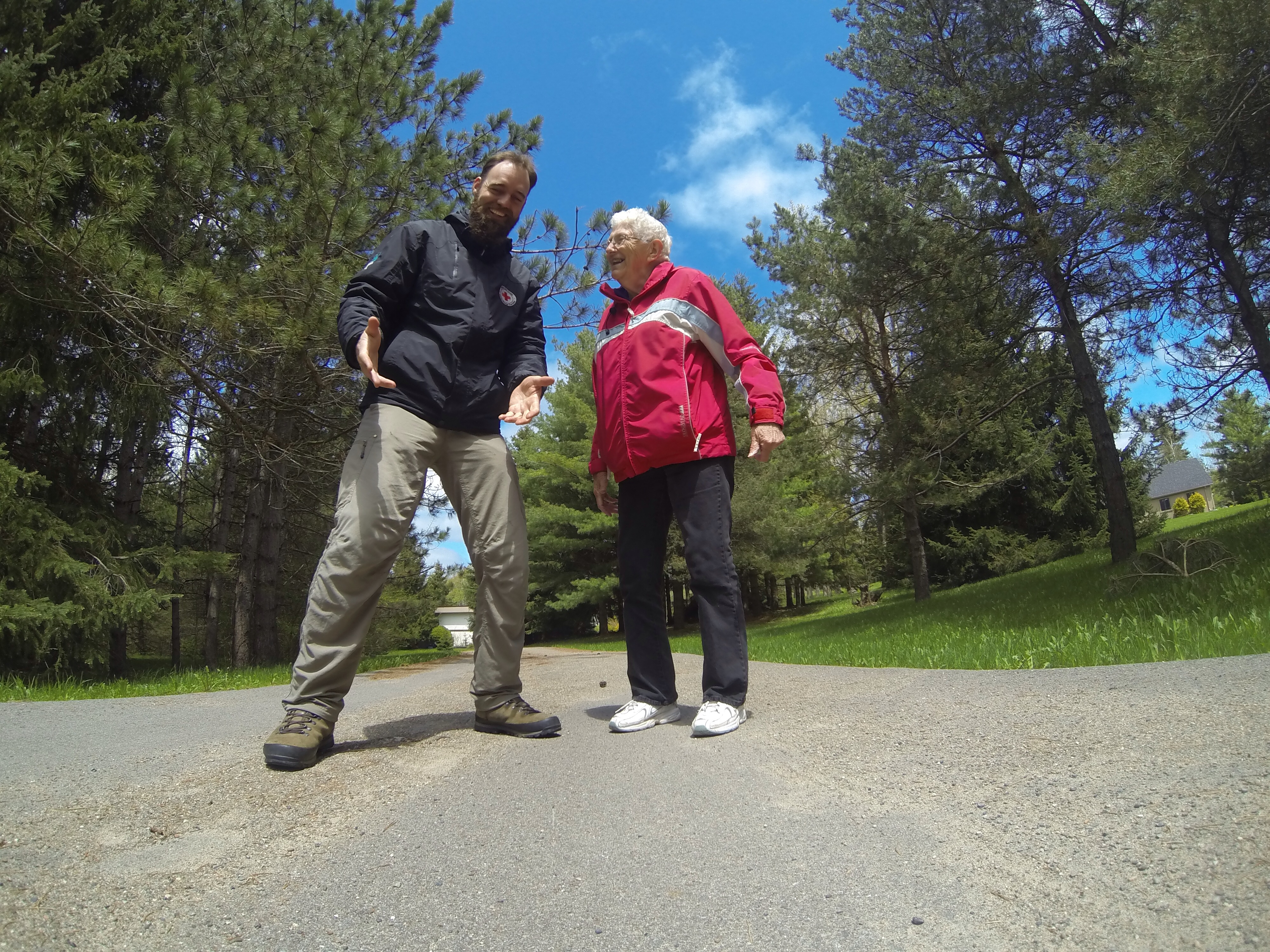 Kirsten immigrated to Canada long ago. When she planted all the trees in the picture they were knee high! ;)After a few nights I boarded a bus from Toronto to New York. We gotta keep on moving...

The United States of 'Murica:Being a neighboring country to Canada I was sure I could expect equally friendly treatment from the American customs officers? Or? Don't be fooled. I tangoed with a 'Murican customs officer who looked suspiciously much like Colin Ferrel. He wasn't into small talk. He was somewhat irritated with his computer which was acting up. When he heard about my reason for entering the country he strongly warned me against Mexico!! I replied that I will be going to Somalia, North Korea, Afghanistan, Iraq and many other places. "Colin Farrell" then ignored that and went on about Mexico. By the end of the "customs and immigration quiz" I offered him a project card and invited him to follow. He pushed it back to me asking what he was to do with that??!Aaaahhhh....'Murica! :) It cost me usd 6,- to enter the only country my insurance company is unwilling to insure me for. Somalia, North Korea, Afghanistan, Iraq etc are all fine. But not 'Murica. Anyway, we did a midnight stop in Buffalo where a nice fellow declared his love to my newly bought ice tea and then we headed to New York.We arrived very early at the big potato...eh...apple...sorry ;) The bus took me straight to Manhattan and I walked directly into Central Park (which has free wifi) and I brushed my teeth, clipped my nails, shaved, drank from the clean water and fell asleep under a tree. Peaceful. I woke up after a bird had crapped on my boot. Thank you. 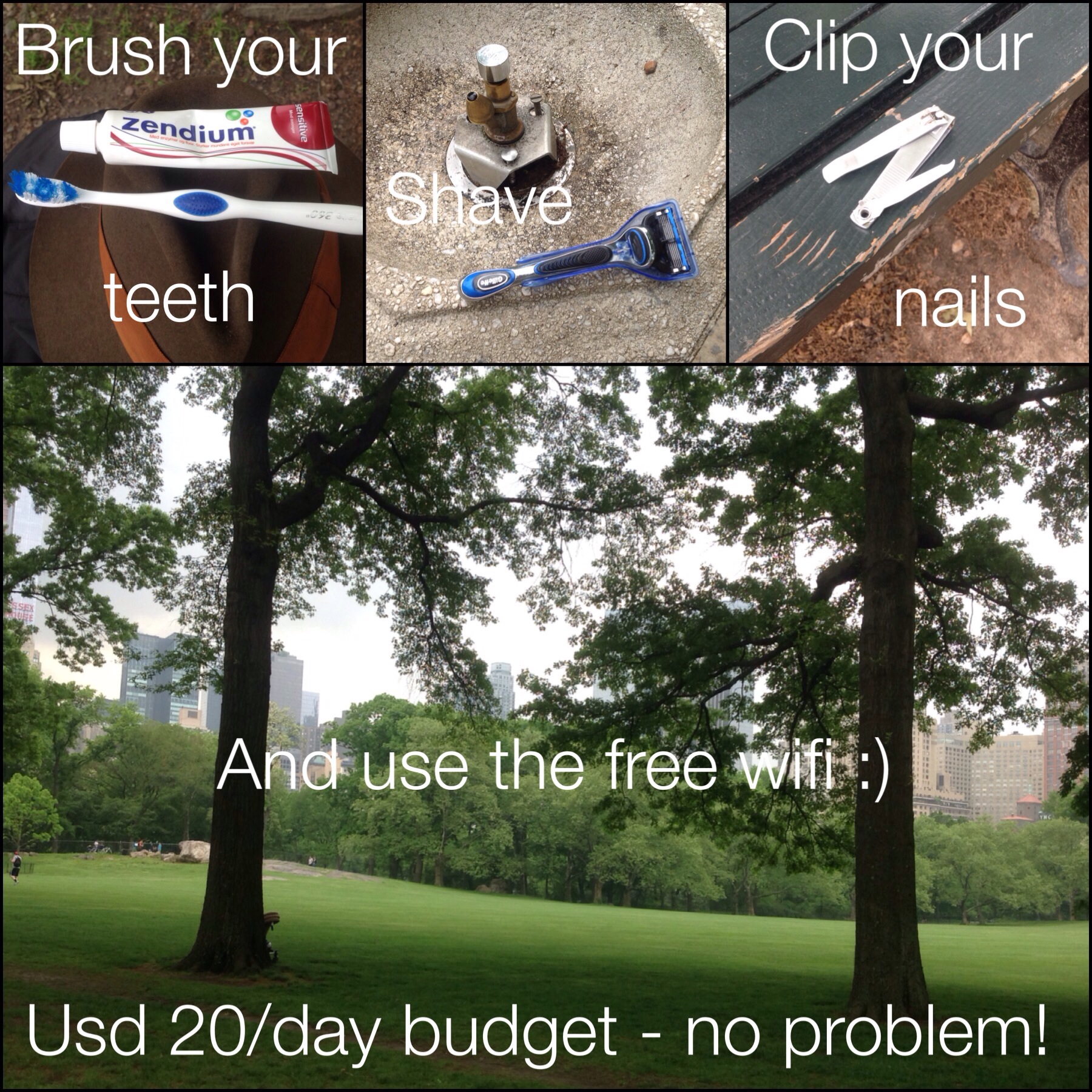 Central Park New YorkBack in Iceland I met a lot of nice people. Jenny from Canada, Twinkle from Boston, Amy from Brooklyn and many more. In one case it worked out and I had the pleasure of seeing Amy again. I was treated with the greatest hospitality and we even managed to catch a little of a baseball match until it was cancelled on account of rain. Amy's family were really nice and I ended up spending the night in their house after having had dinner with them. It was really wonderful to spend time in Brooklyn. Especially because you often end up spending all your time in Manhattan which isn't the only New York. 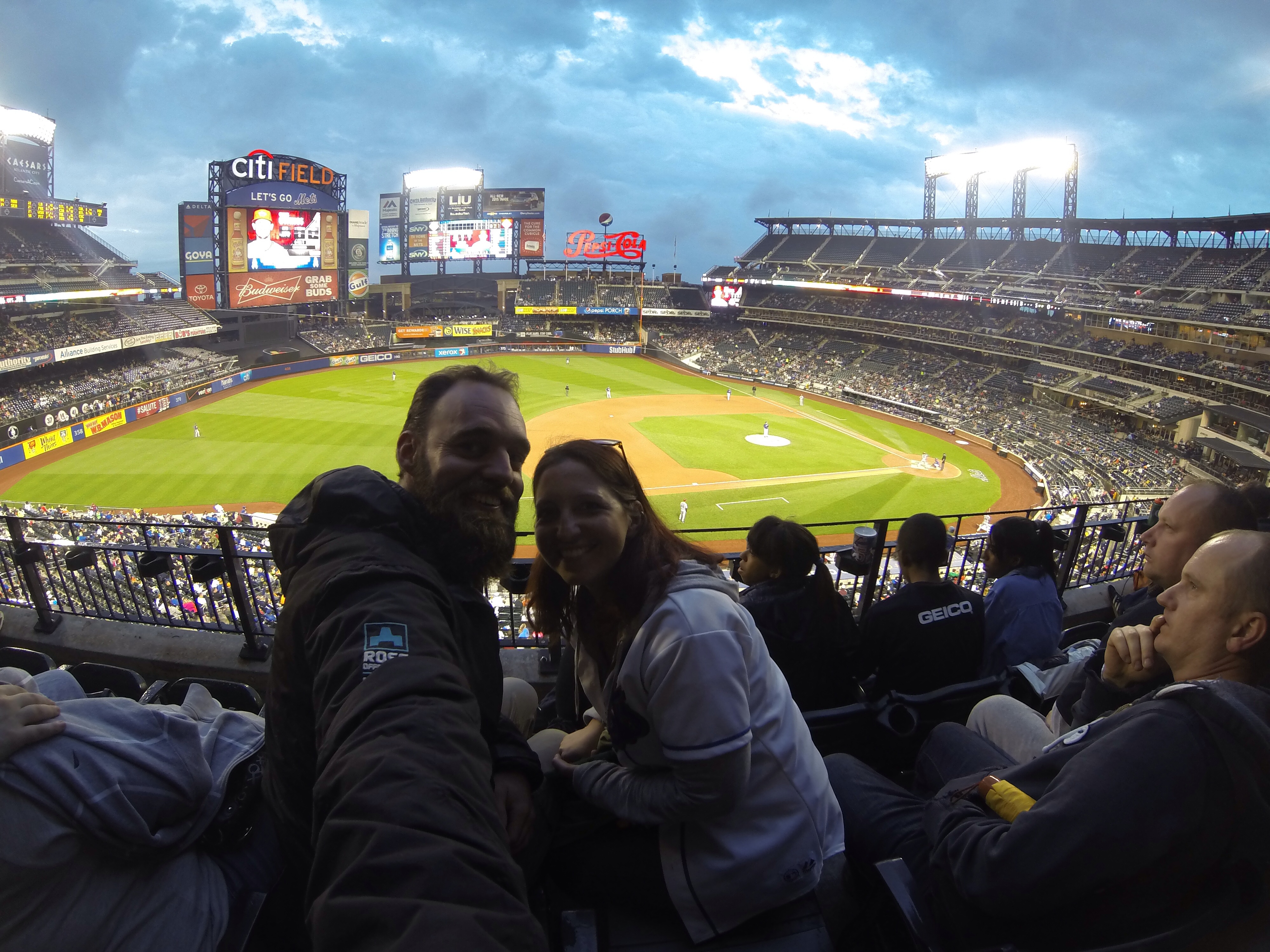 Baseball with AmyI recently learned that I hold a bachelor degree. Cool. I had no idea. But it turns out that my shipping education is equal to a bachelor degree. I went to school with Louise who now lives in New Jersey with her adorable son, wonderful husband and unique view of the Manhattan skyline. It was amazing to see Louise again and they welcomed me with open arms, sightseeing, donuts, cupcakes, hamburgers and the following day a real Jersey diner breakfast. Again I felt lucky to see something else than Manhattan although the Manhattan skyline is so unique that I doubt it has a rival anywhere in the world. 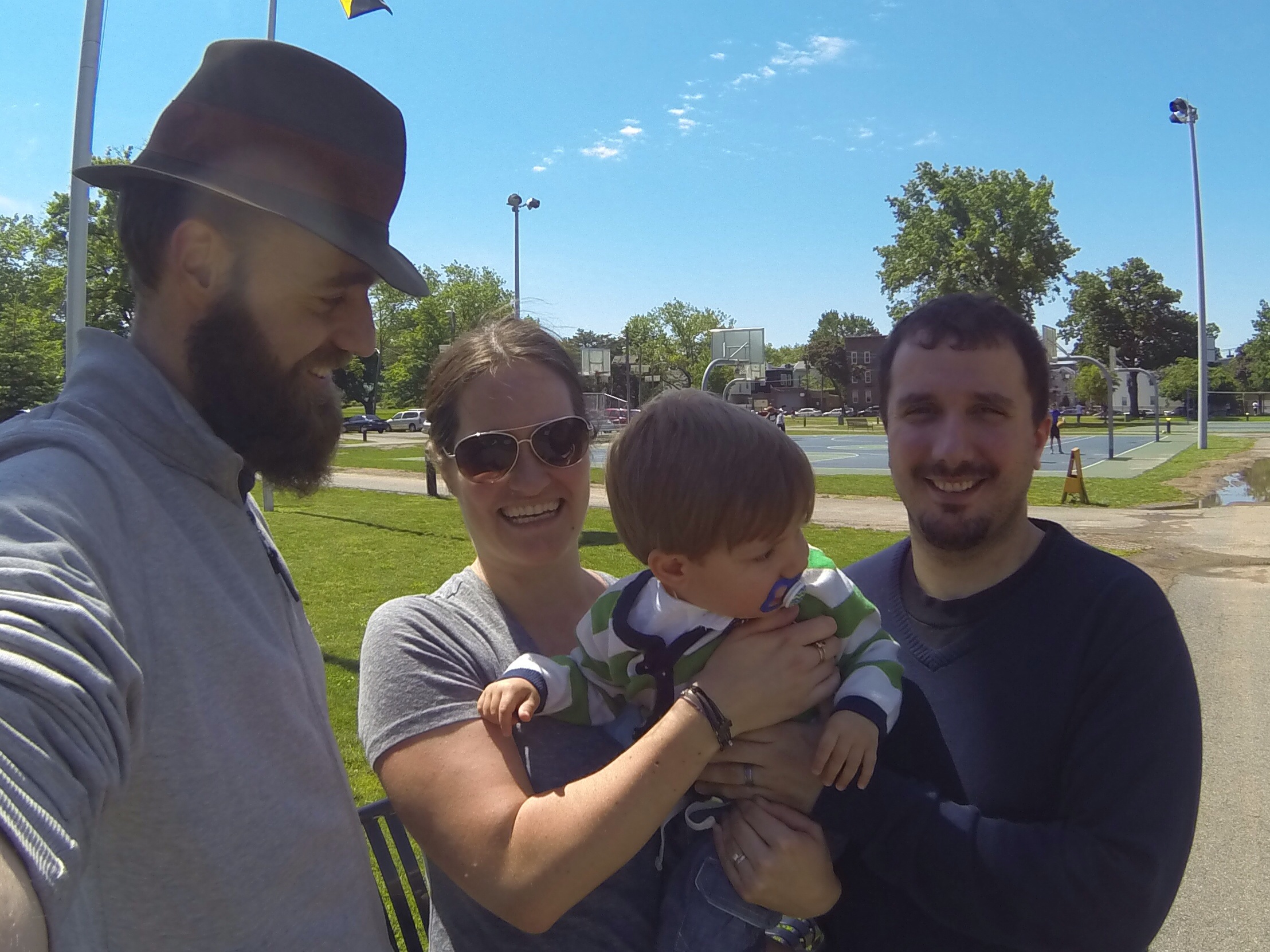 Hanging out with Louise's family in New Jersey A bus got me to Washington after a night on the couch in New Jersey. Washington DC is a beautiful but very "stiff" city in my opinion. I was unlucky with the hostel I stayed in as it was terrible and overpriced. But I guess good things can come of anything. I met some really cool people at the hostel in Washington and felt a little sad to leave their company. Washington offered me a lot of great sightseeing; the Washington monument, the White House, Capitol Hill, the national mall and the intriguingly and astonishing Smithsonian museums which happen to be FREE! I could spend a lifetime or more going between the various museums; nations, archive, aeronautics, natural history and much more. The complex hosts 19 grandiose museums and 9 research centers. 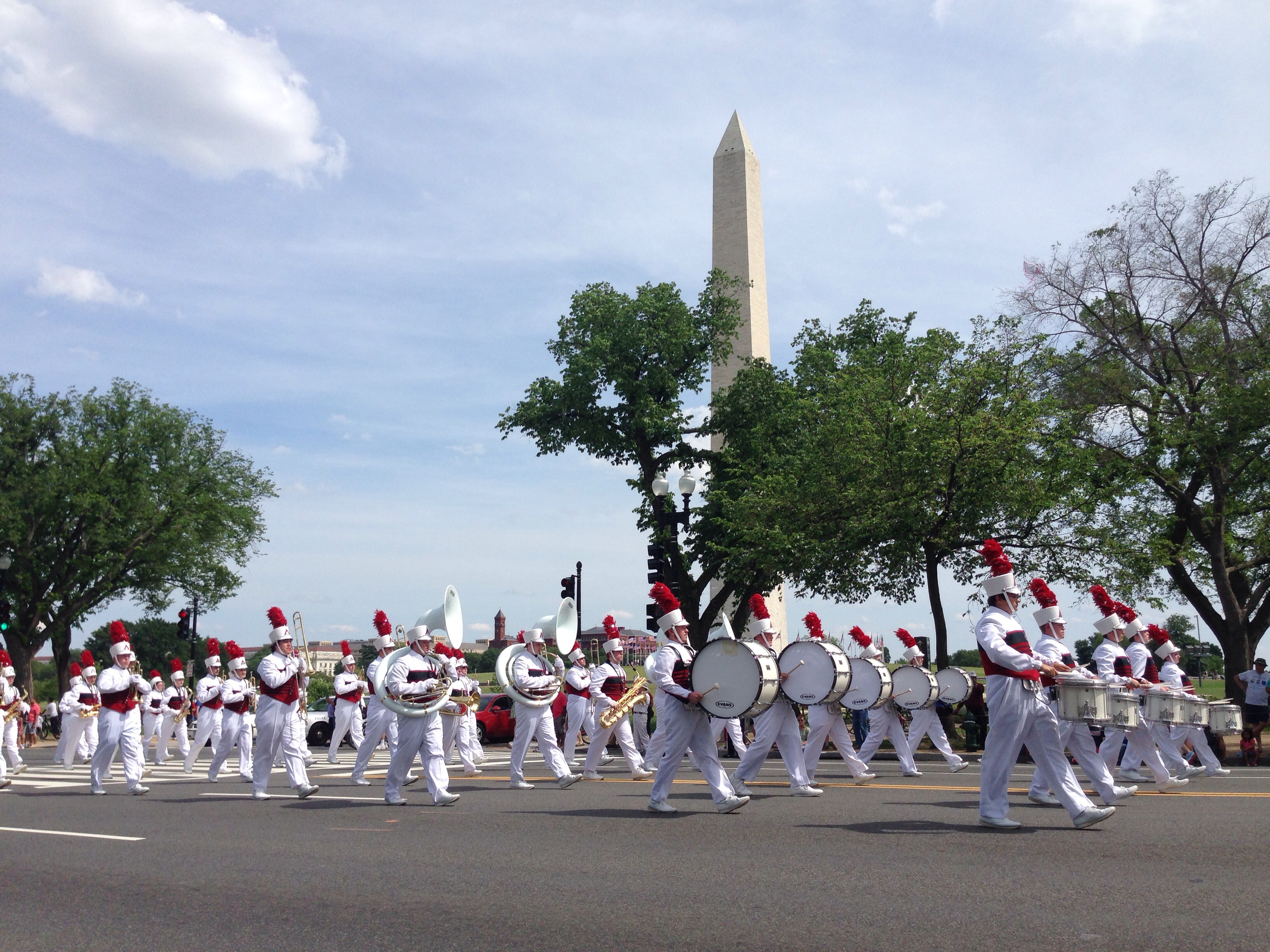 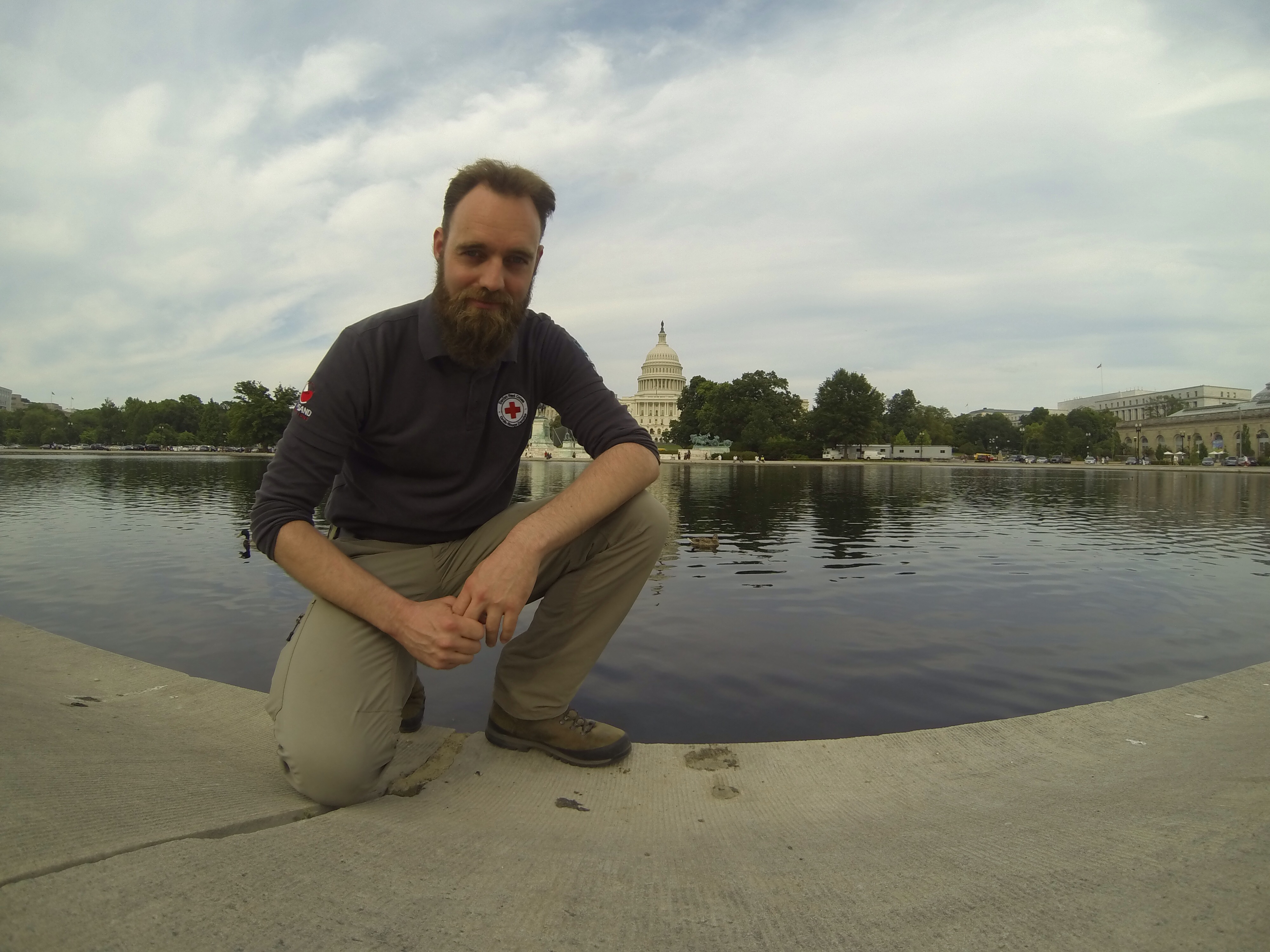 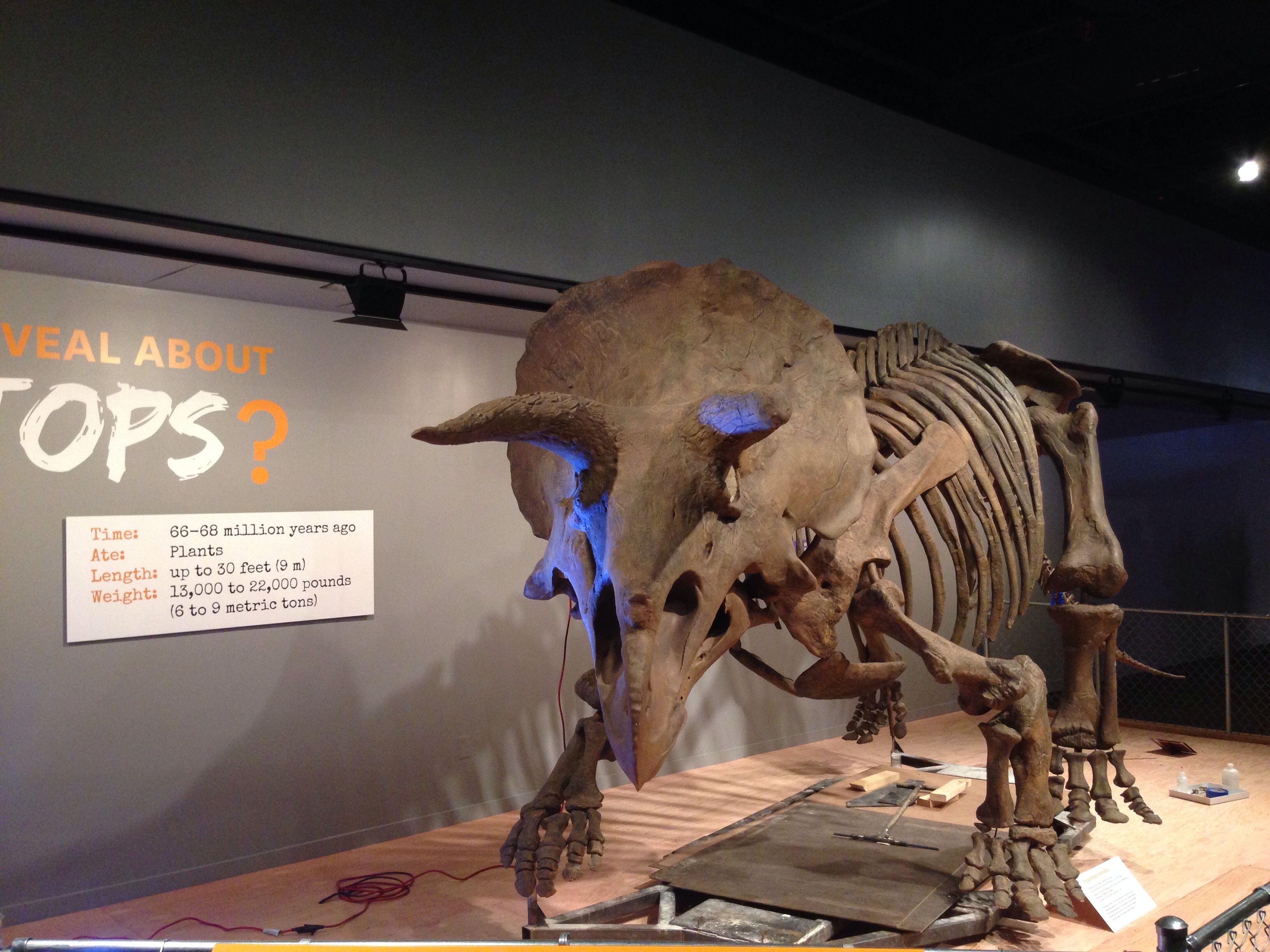 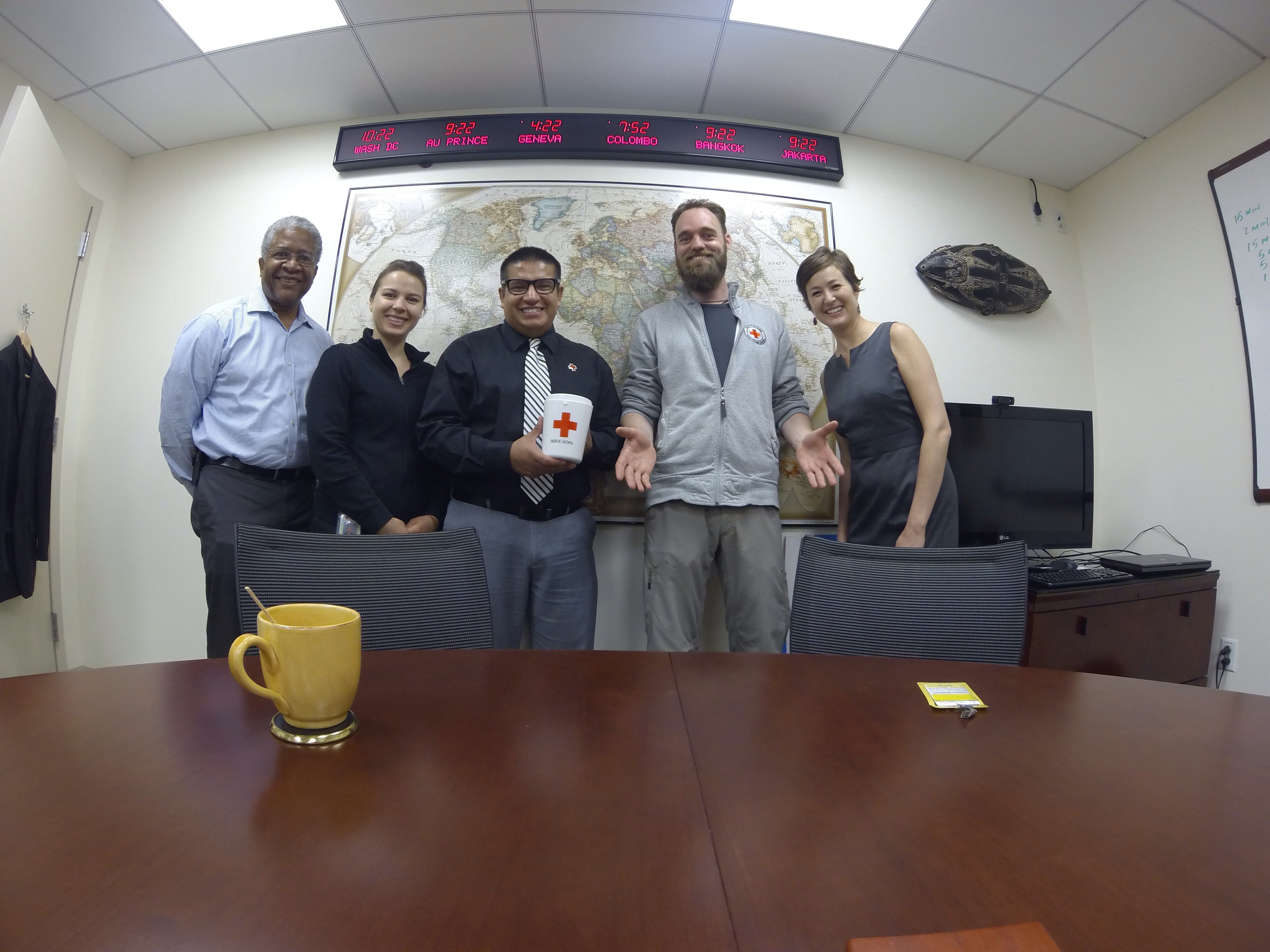 And guess what? The kind and helpful Bang-family which I had gotten to know in Greenland just so happened to be on vacation in Washington DC so we met up and had dinner together. I love these random connections!! 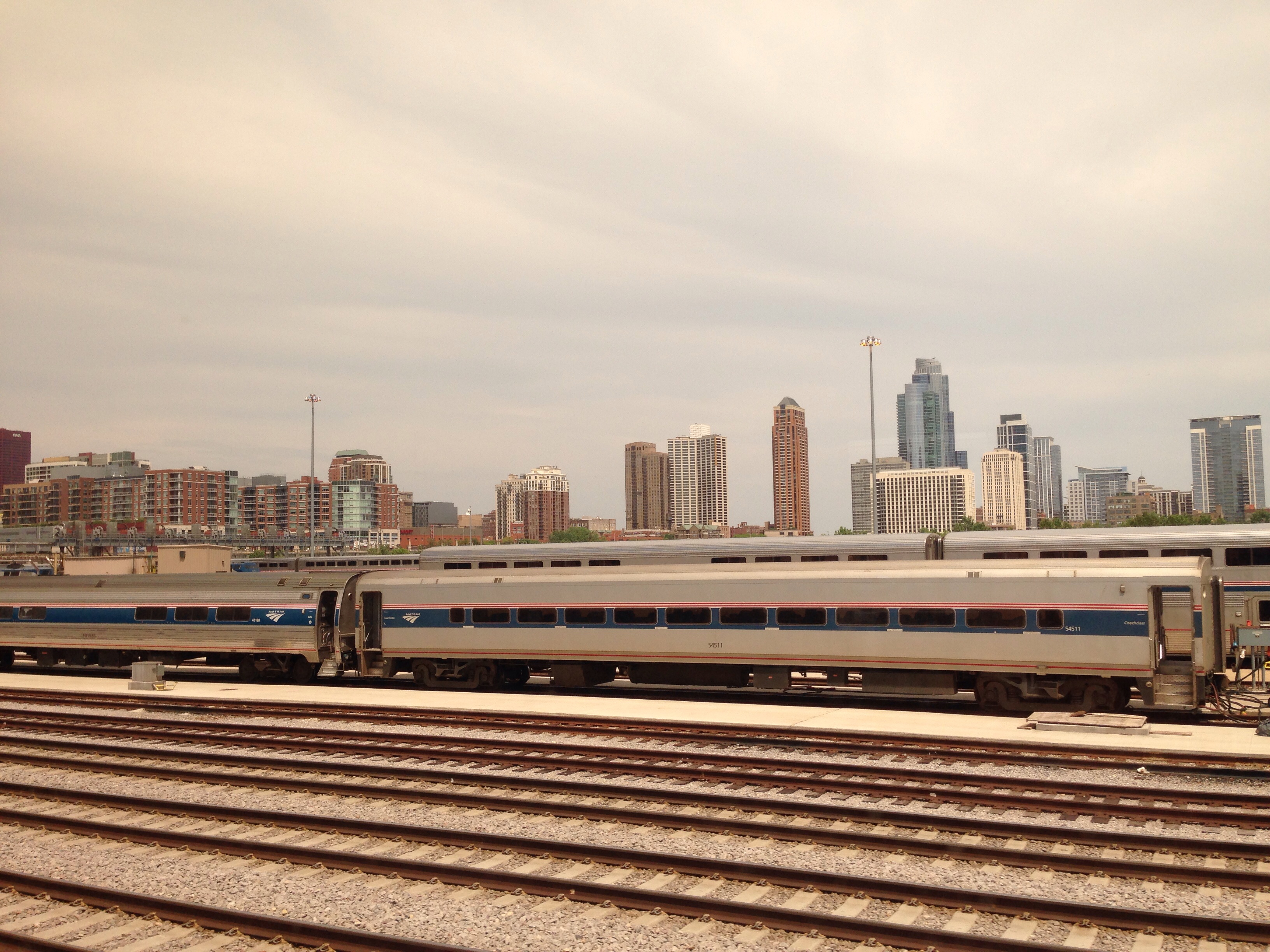 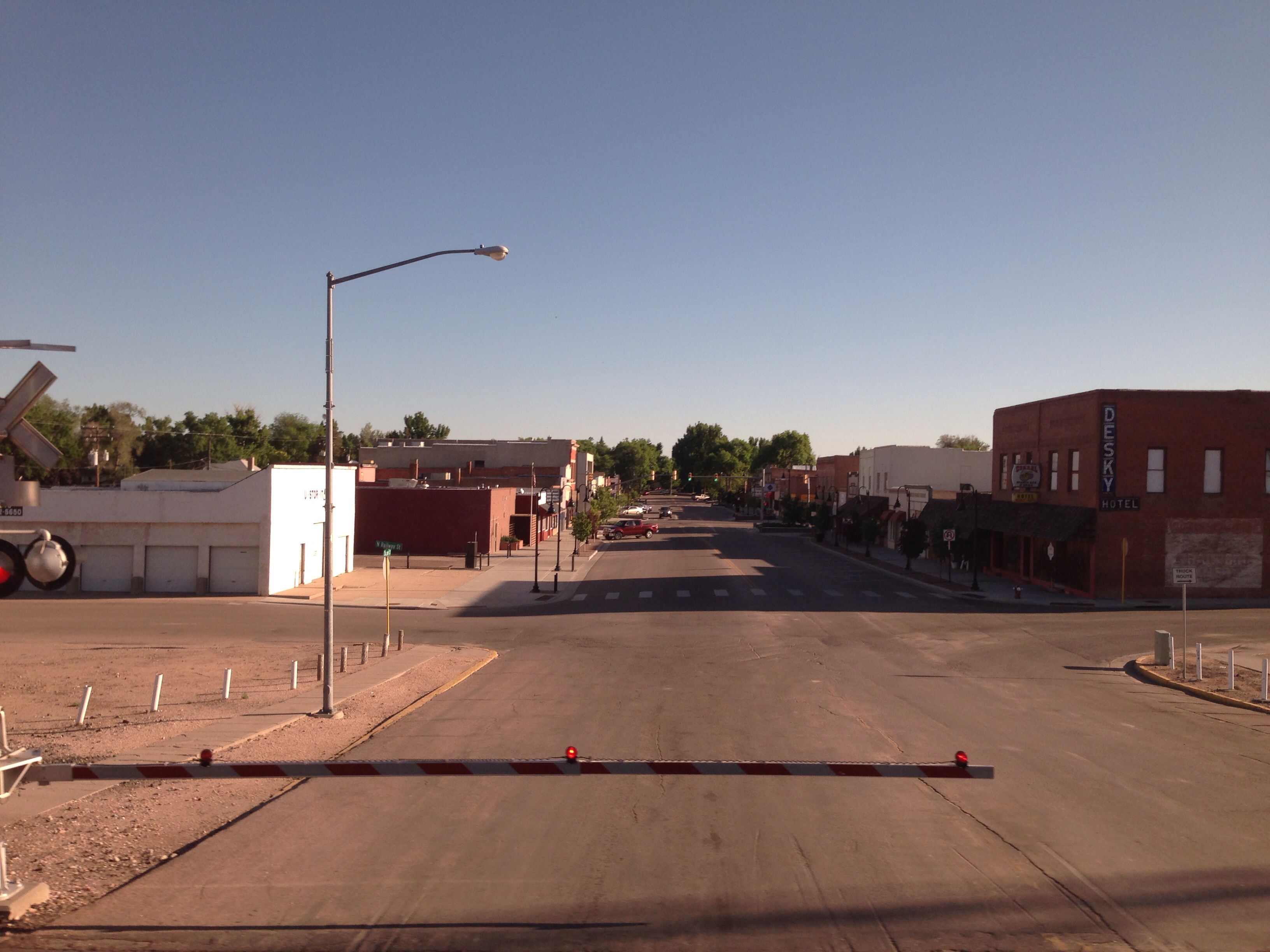 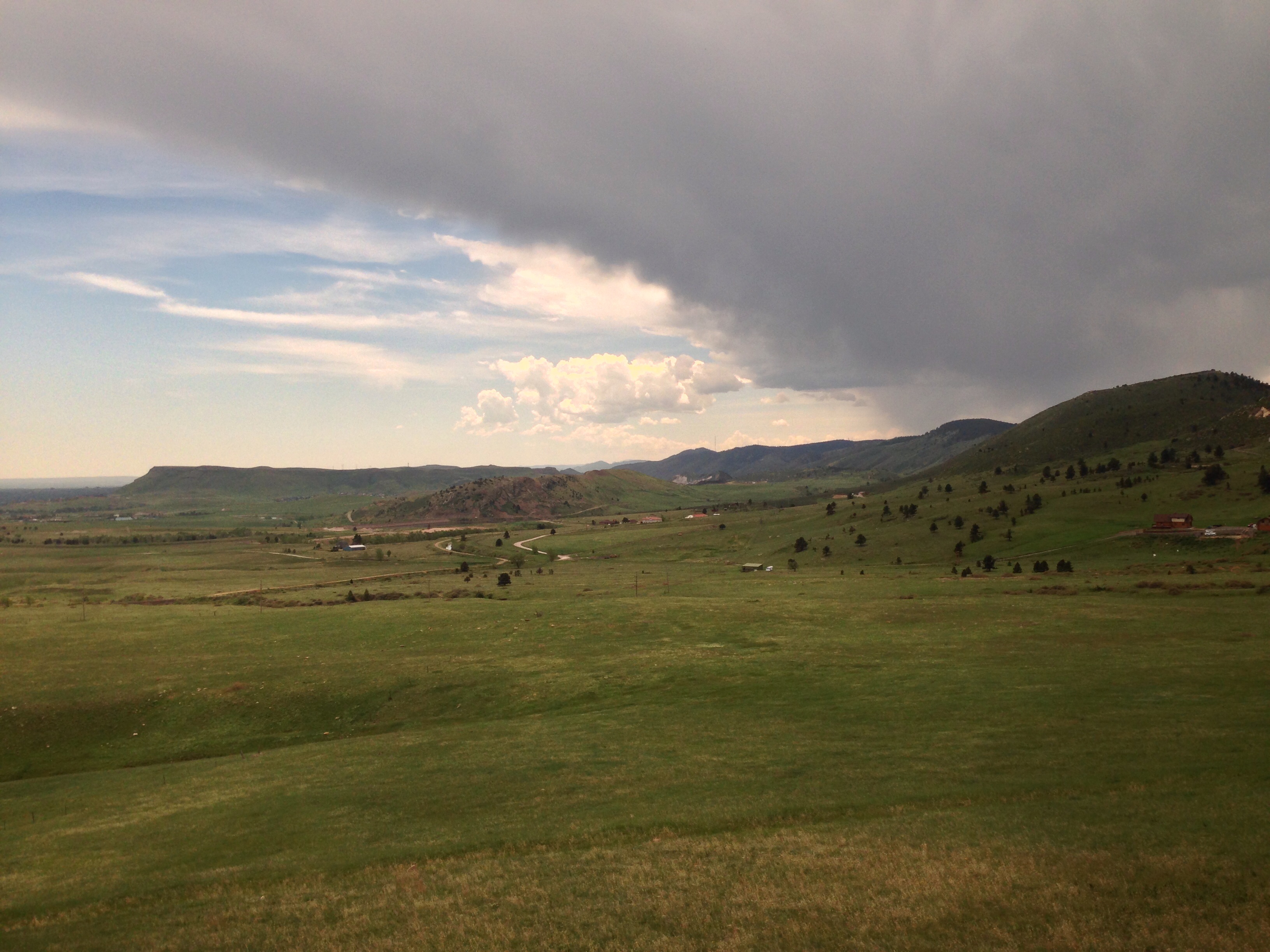 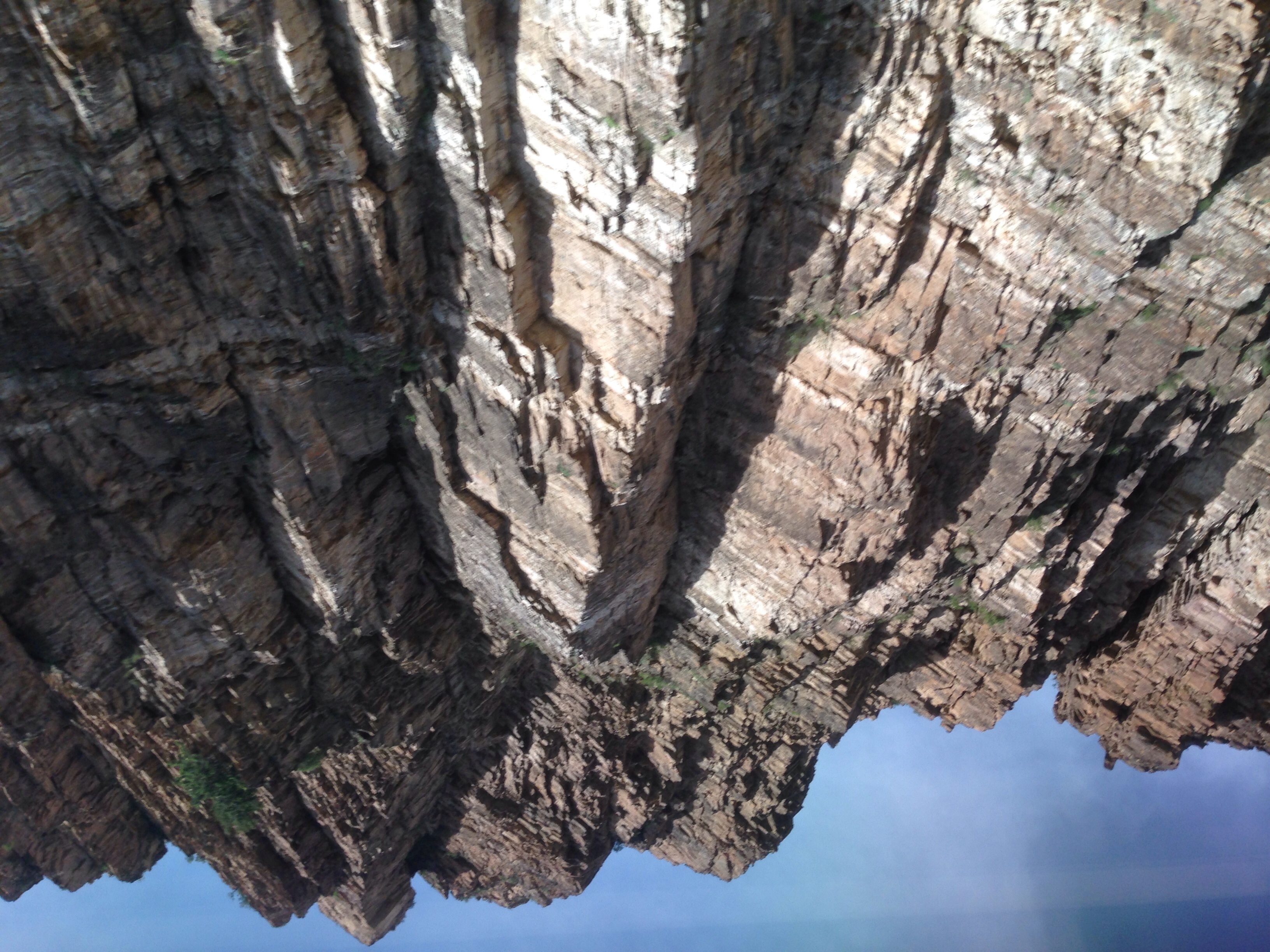 Taking off in Chicago and heading down to San FranciscoI boarded a train in Washington which would take me to Chicago where from ifwould get on the famous California Zephyr across the spectacular landscape of America all the way down to San Francisco. A several day long trip where I made friends with Art. We were seated next to each other and quickly started talking which led to dinner together in the dining cart. In there the waiters arranged for Art and I to sit next to each other and not across from each other. So at first it felt strangely like a date! But then the waiters placed two strangers across from us and this arrangement proved valuable!! Because now we would almost be forced to meet new people. Small talk in the beginning and wonderful conversations before desert arrived. And so the following days went by with many meals and many new dining conversations with people from all over America. And from all over the world. This went on as we crossed over the Mississippi River, travelled over the Rocky Mountains and the Sierra Nevada. Such extraordinary beauty combined with the riches of meeting new people is truly as Hans Christian Andersen rightfully proclaimed: "to travel is to live". 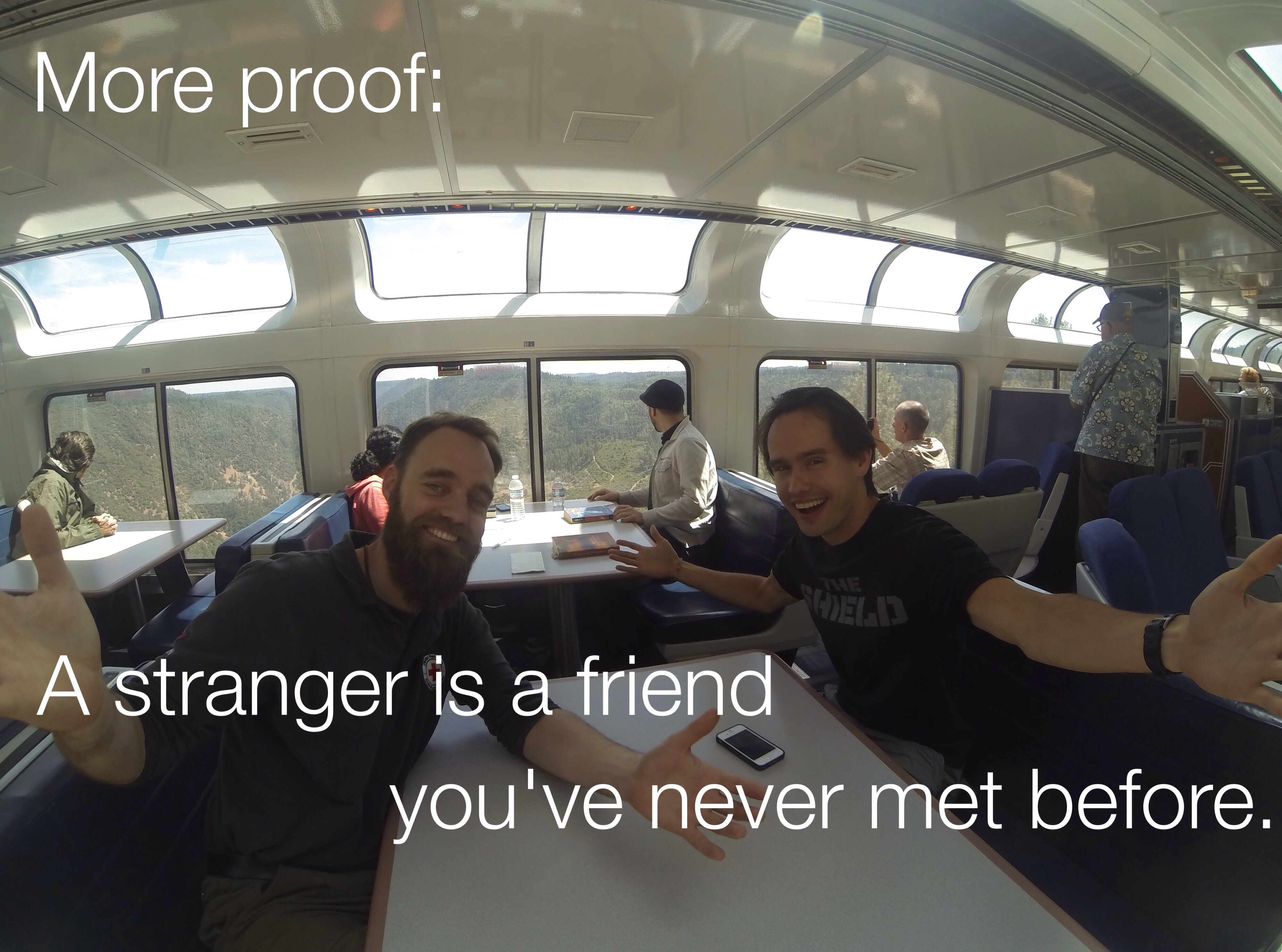 Art - my partner in crime :)San Francisco. I have seen many large cities but never one as San Francisco. The bay limits its growth and the many hills resembles a city on top of a giant egg carton. From gold rush to historical fires, earthquakes and human movements. The diversity is truly present today and though I see it as a world class wonder I wasn't blind to its dire need of a gentle hand. The mayor has his work cut out.

View of San Francisco from Alcatraz.

I cannot even begin to tell you how great it was to spend time in San Francisco with Art, Sara and Adam who are all friends I have met in connection with the train ride. I almost felt like a child being pulled away from a wonderful summer camp when I had to leave. But I had to go.Art, Sara and Adam were not the only new friends that I met while in San Francisco. There were more than I can mention. Concrete proof that a stranger is a friend you've never met before. In a comical twist someone dear to me accidentally said: "a stranger is a person you never met before" that too is true :) 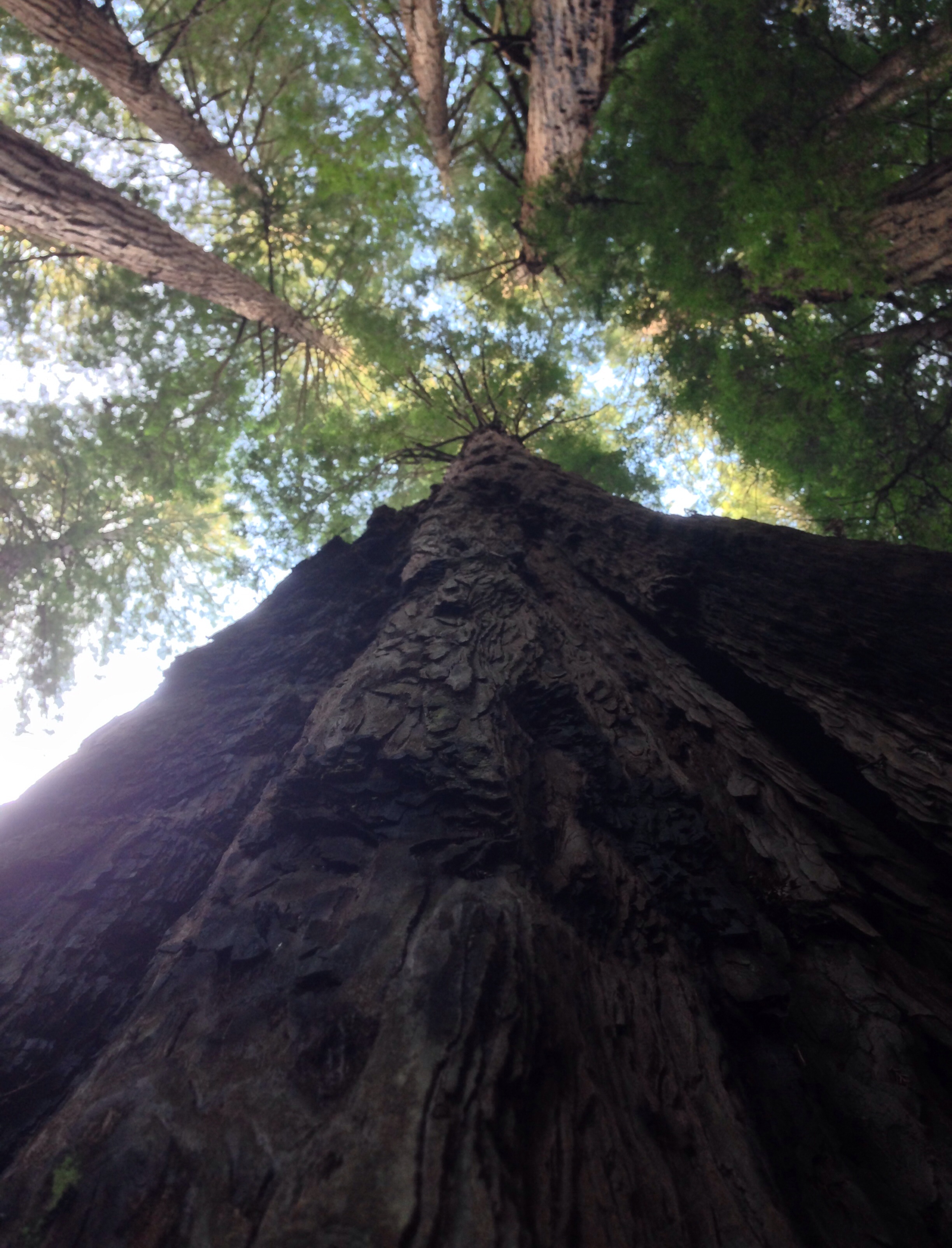 Giant Redwoods at Muir national parkBefore leaving "The City" as they like to be called I was fortunate to meet with an extraordinary person who is something of a celebrity. His name is Adam Savage and he is a host on a Discovery channel program called "Mythbusters". We met at his "cave" which is his workshop. He is in my opinion something of a genius and excels in building models and replica. The workshop was plastered with curious masks, devices, costumes and interesting stuff in general. Adam was pleasant, kind, vivid and present. I would have loved to pick his brain but our time was limited as he had to rush off to film another episode. 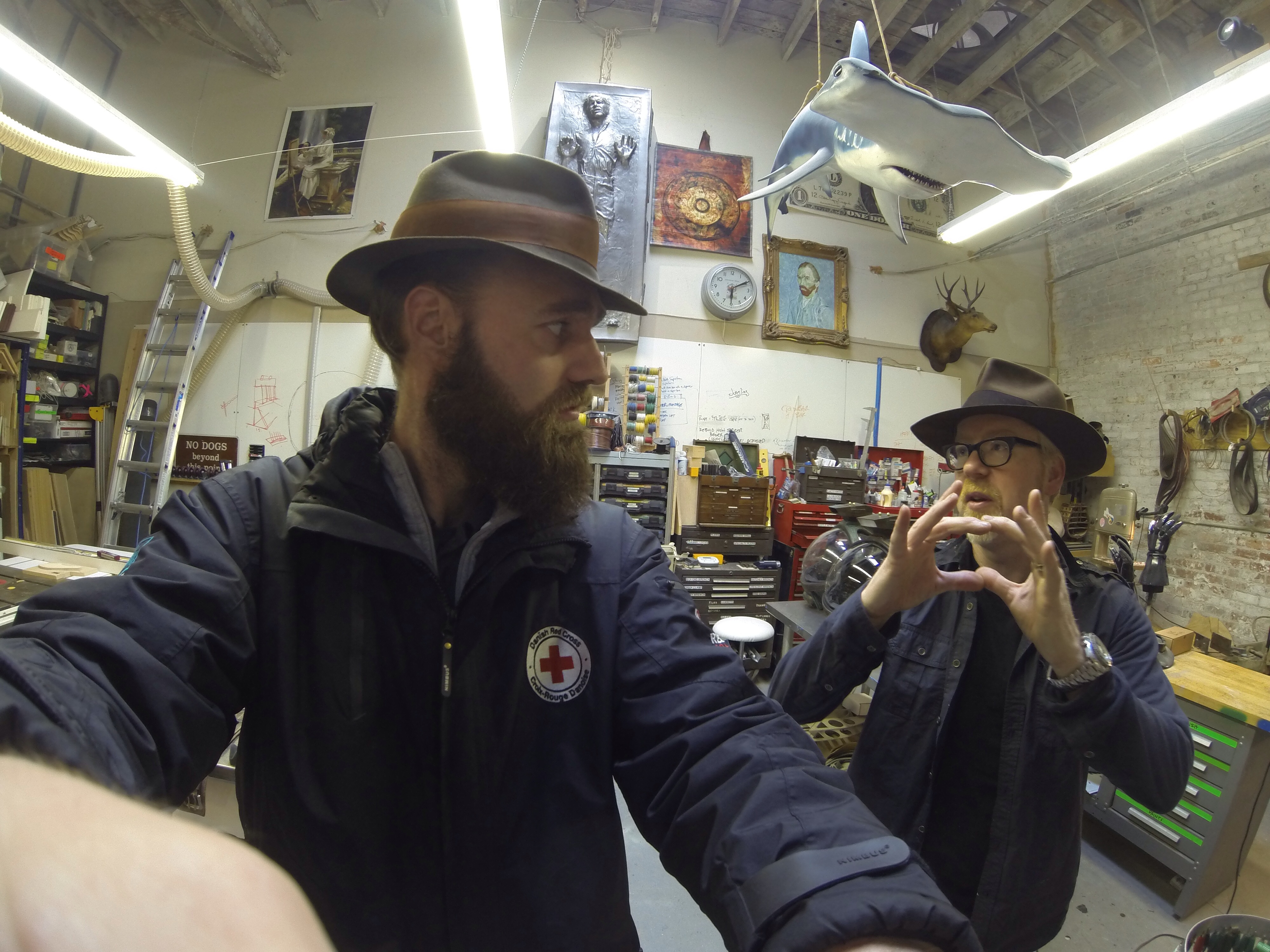 With Adam Savage - a man with a good heart and a great hat!You may wonder what I think of 'Murica as I like to call it. It's not simple. You see, this is a very large enormously populated country that has great power over other nations. But my honest take on it is that it is a wonderful and extraordinary country. With more than 320 million people from every possible background it has someone to represent every opinion. You may hate some of these voices. But I promise that you will love the most. The magnificent landscape is to die for with great plains, deserts, mountains, rivers, lakes, ocean, forests - in fact: it has it all. If I was to judge by this visit alone I would be almost delirious. It is a great large country and as such it has a significant shadow. But I only remember pleasantries.Best regardsTorbjørn C. Pedersen - a real life adventurer creating history with you!