Cuba - seen from behind the schenes

View Comments
I am slowly beginning to understand that the world holds too much history for me to comprehend it all.

It makes me happy every time someone supports Once Upon a Saga. It doesn't really matter if it's in a big or small way but that people, companies and media reaches out to support Once Upon a Saga meet its final goal is simply wonderful. 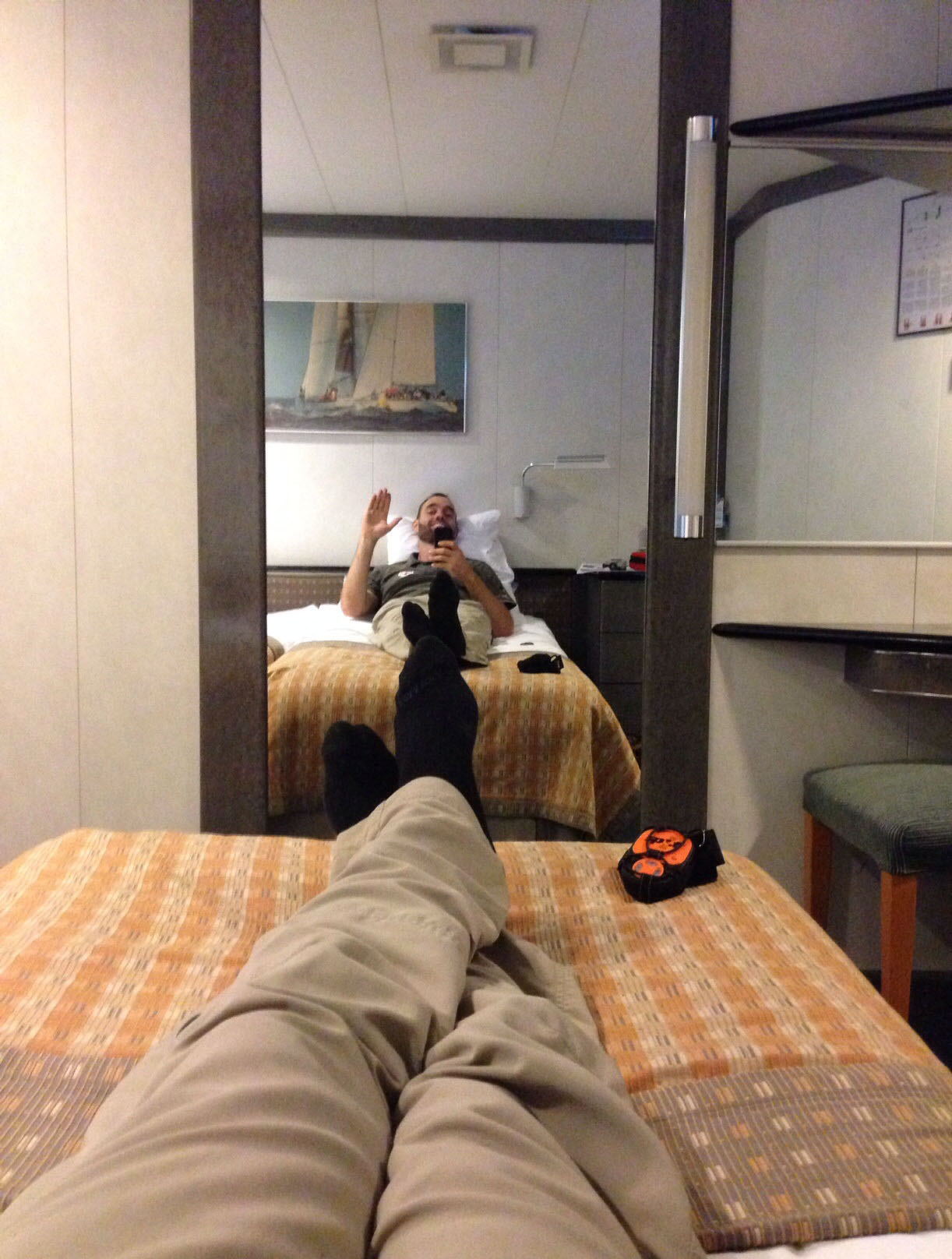 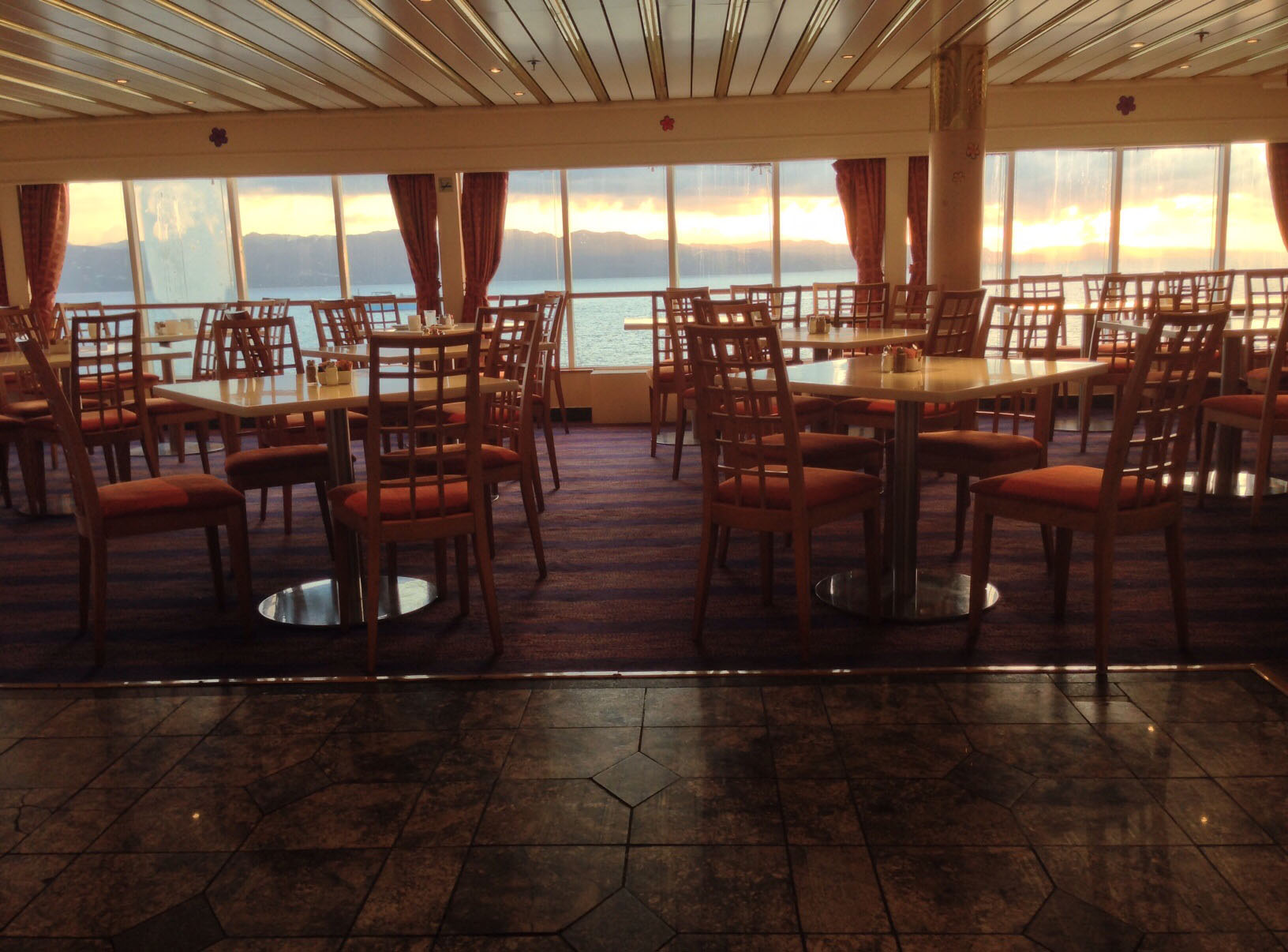 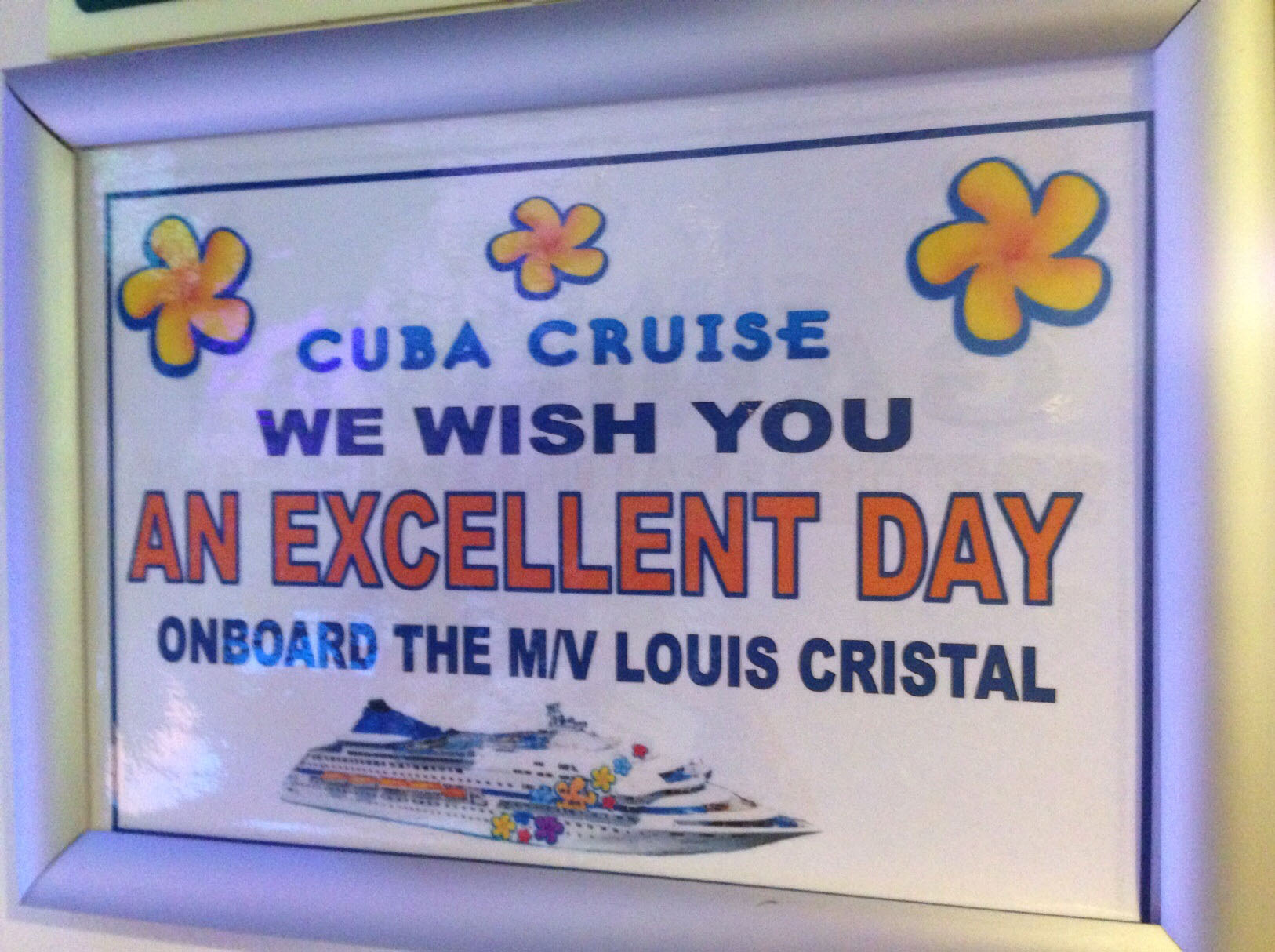 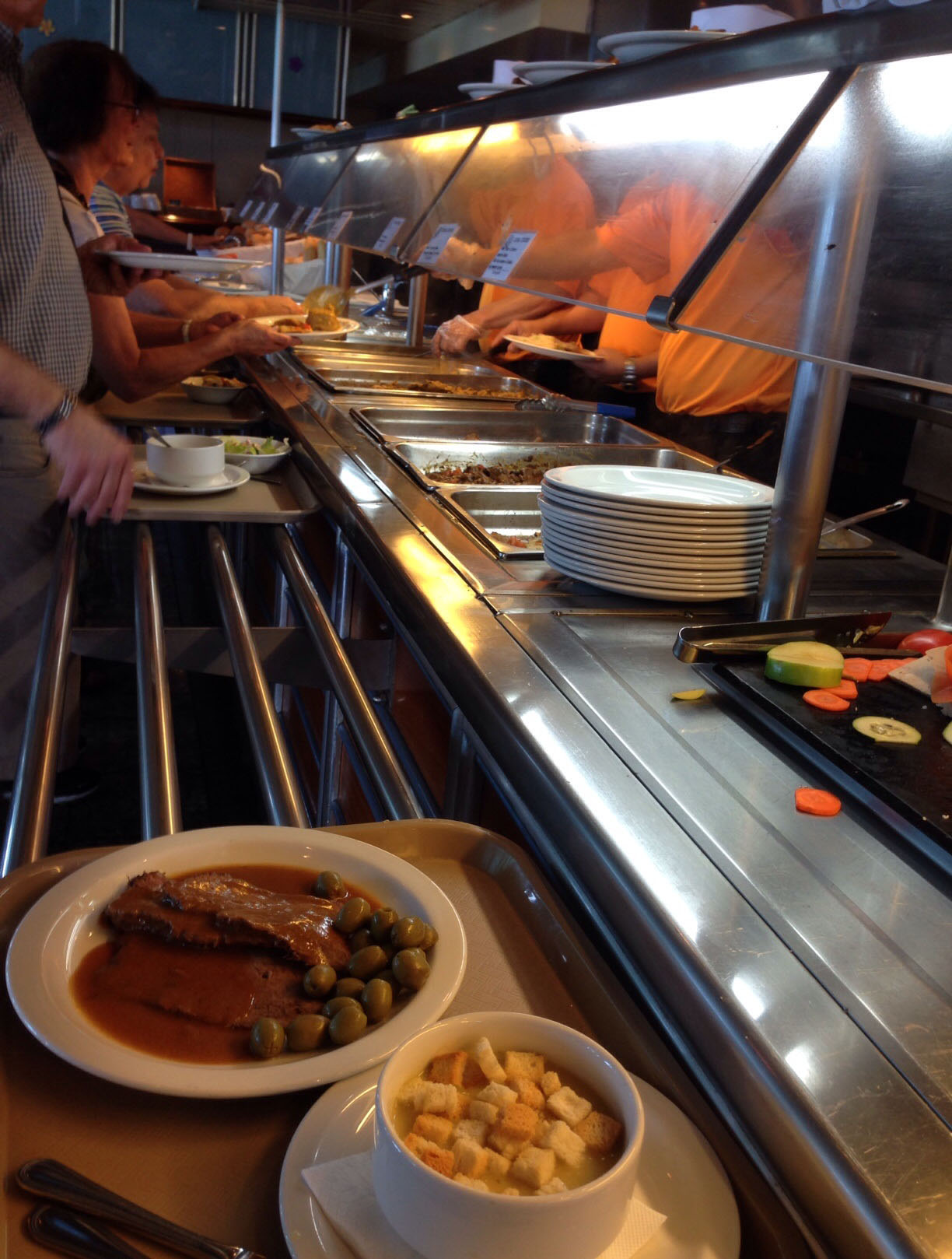 Lately I feel the need to thank Your Cuba Cruise (https://www.youtube.com/user/YourCubaCruise/videos) who got me from Jamaica to Cienfuegos in Cuba, with style. There is nothing like a free buffet to put a smile on my face :) 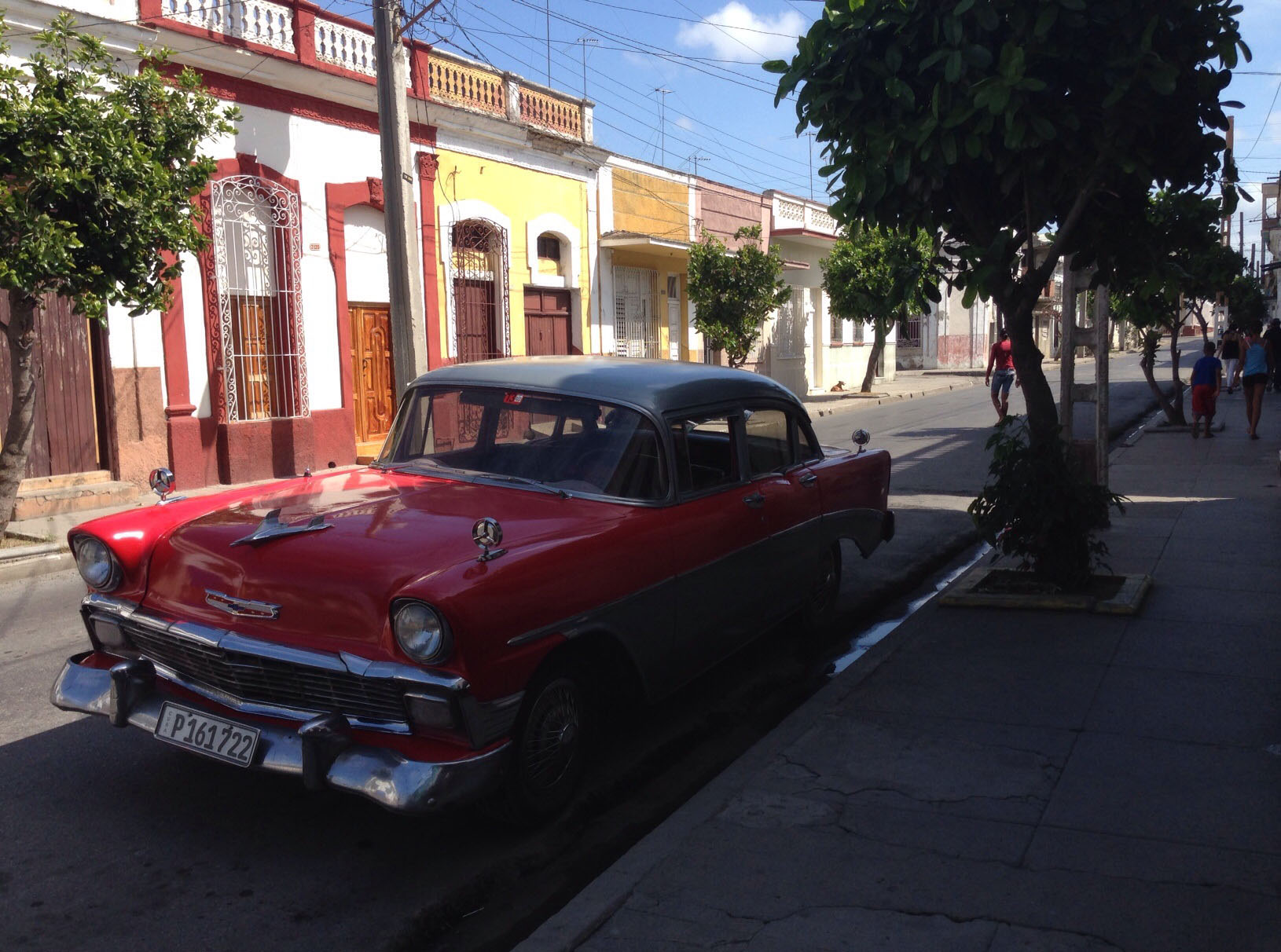 I took this picture only 10 minutes after arriving to Cuba (in Cienfuegos).
Having arrived to Cuba I quickly learned that everything I thought I knew was already wrong. I didn't need to get a visa for Cuba because the ship would have provided me with one for free. I didn't need to arrange for accommodation in advance because nobody cared when I entered Cuba. Also I never needed my onward flight ticket as documentation for my intentions of leaving Cuba - because no one ever checked.
Furthermore I have been here for nearly a week now and I have not encountered to be charged with any form of corruption or extra fees. My sister however was right when she told me that everyone would be friendly and do their outmost to make me feel welcome. My sister lived and studied in Cuba for a brief period some years ago and also told me about the dual monetary system (which I didn't understand but do now) and the "ultimo" system at bus stops (which I also didn't understand but do now). 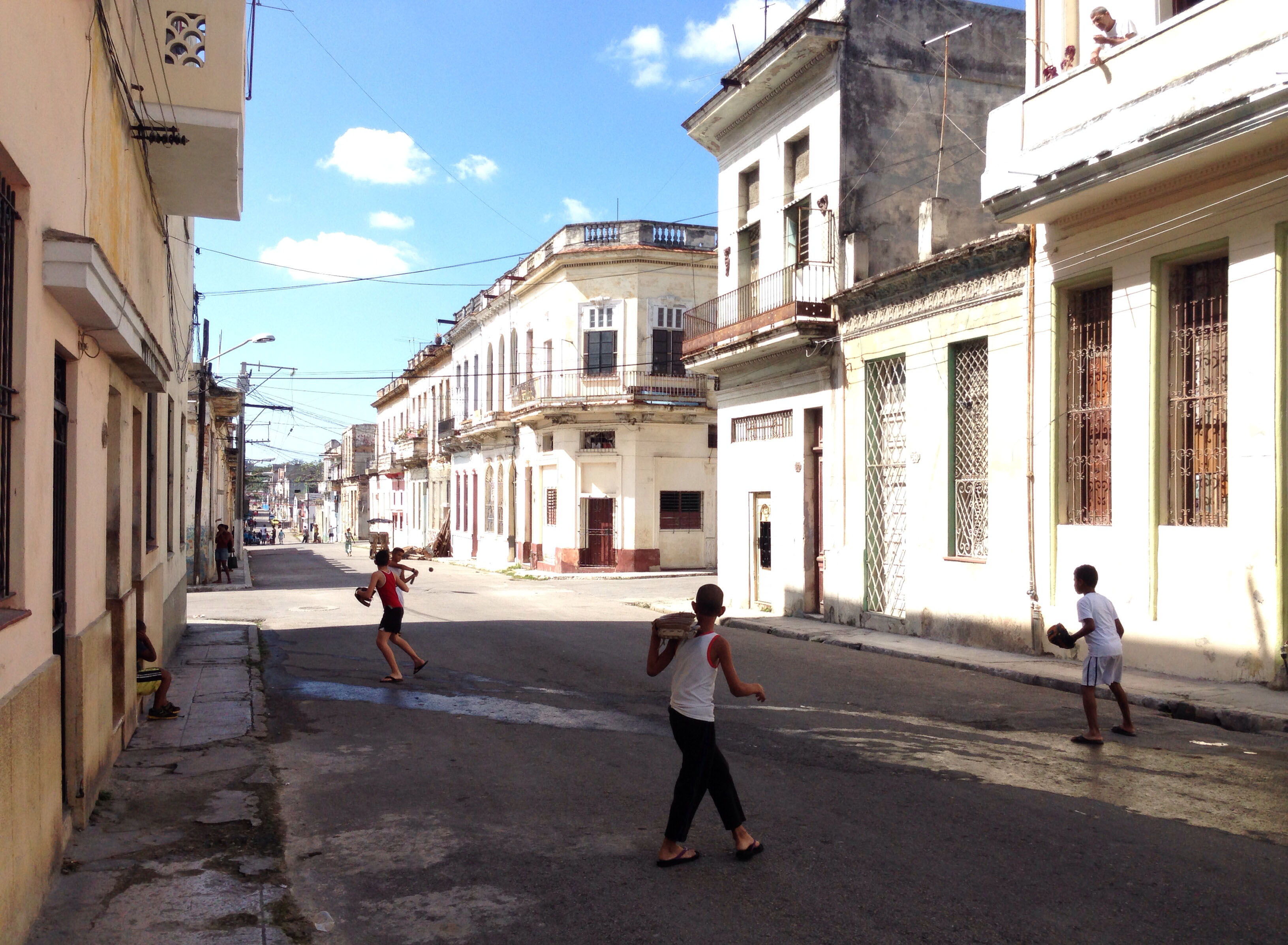 Baseball is among the most popular sports in Cuba.
Cuba has 2 currencies which it runs simultaneously. Why? Well, Cuba is one of the worlds last communist states and that basically changes a lot of things from the western worlds understand of how an economy works. Healthcare, dentists, medicine, vaccinations, education and much more are provided for free. You may think that it's probably low quality then - but then you would be wrong. Cuba ranks among the worlds highest percentile when it comes to literacy and Cuban doctors and healthcare workers are sought for throughout the entire world.
1 peso convertible (CUC) is equal to 1 US dollar.
1 peso convertible is equal to 24 peso nationales (CUP)
From my general understanding the CUP is intended for the local population and the CUC is intended for tourists. However anyone is legally allowed to use any of the 2 currencies. For most Cubans the case is however that they do not have a lot of money and therefore CUC are almost equivalent to a middle class citizen only having hundred dollar bills.
A piece of fruit costs 1 CUP. Taking the bus from downtown Havana to Hemingway Marina (far outside Havana) is also 1 CUP. A hamburger on the street costs around 5 CUP and a pizza costs about 25 CUP. The old classic automobiles run on specific routes like a bus. No matter how far you go with one of them you only pay 10 CUP. 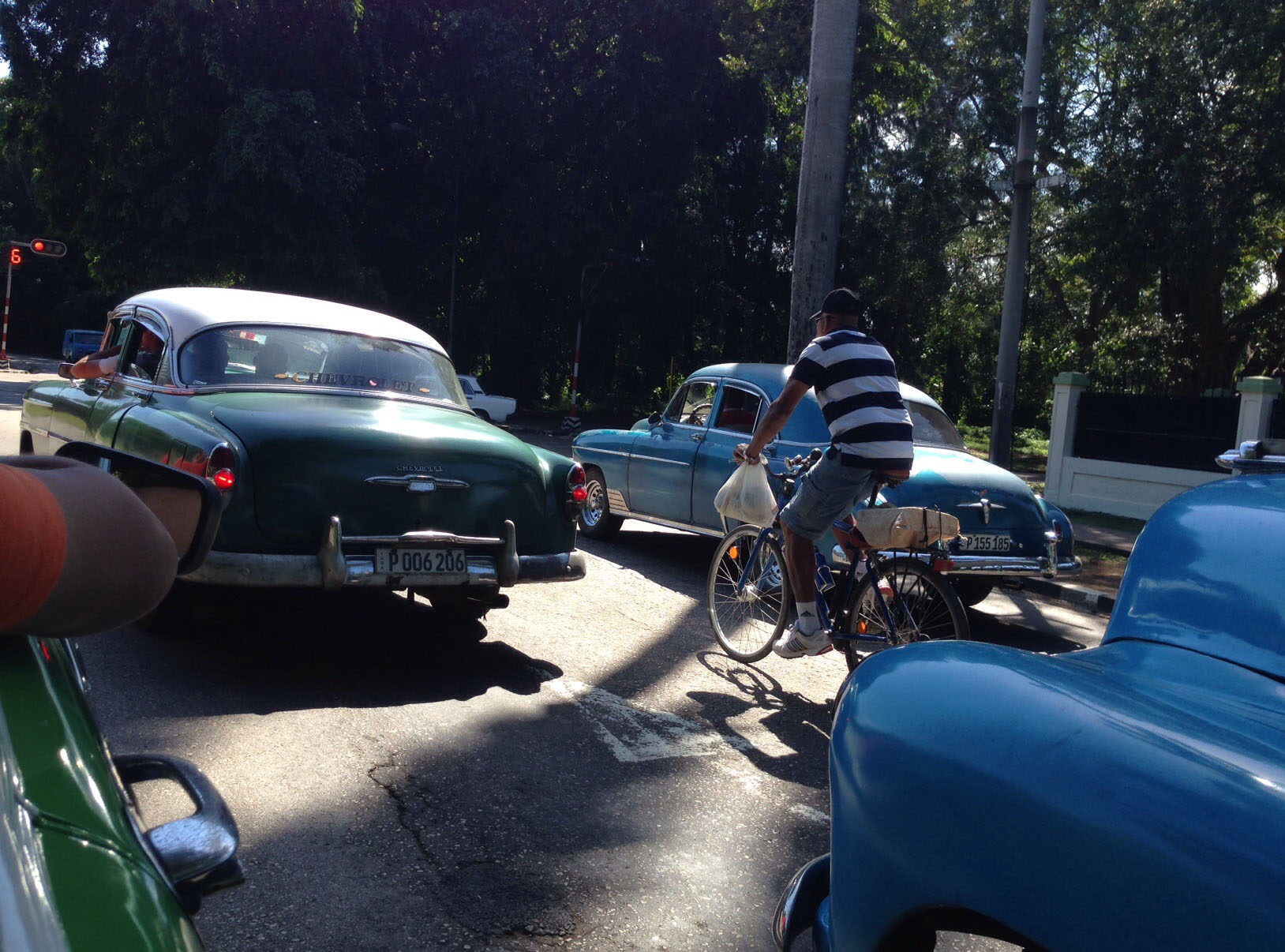 There really isn't much traffic. But even so - who minds when it looks like this?
Those automobiles are by the way quite impressive! The other day I was inside one that was 72 years old. If you think about it then they might represent the most economic form of vehicles we have on the planet? Within 72 years most Europeans would have changed their vehicle 7 times. How hard is the impact on environment from that much production?
I mostly travel by bus. Big deal? Wait for the bus, board it and pay - right? That's where my sisters "ultimo" warning comes into play. Cuba is a country which is no stranger to long cues for almost any purpose. It may be standing in line at the bank or as here waiting for the bus. However no one actually stands in line at the bus station. Whenever someone shows up they shout out "ultimo". Whoever arrived last to the bus station then acknowledges that he is no longer "ultimo" (the last). Now the new "ultimo" simply needs to remember who was "ultimo" in order to know his or her place in line. When the next person shows up and shouts "ultimo" then it is passed on. I learned this the hard way. There was about 3-4 people waiting for the bus. When the bus arrived there might have been 30 people who all knew there place in line and because I had not shouted "ultimo" I was automatically last :) 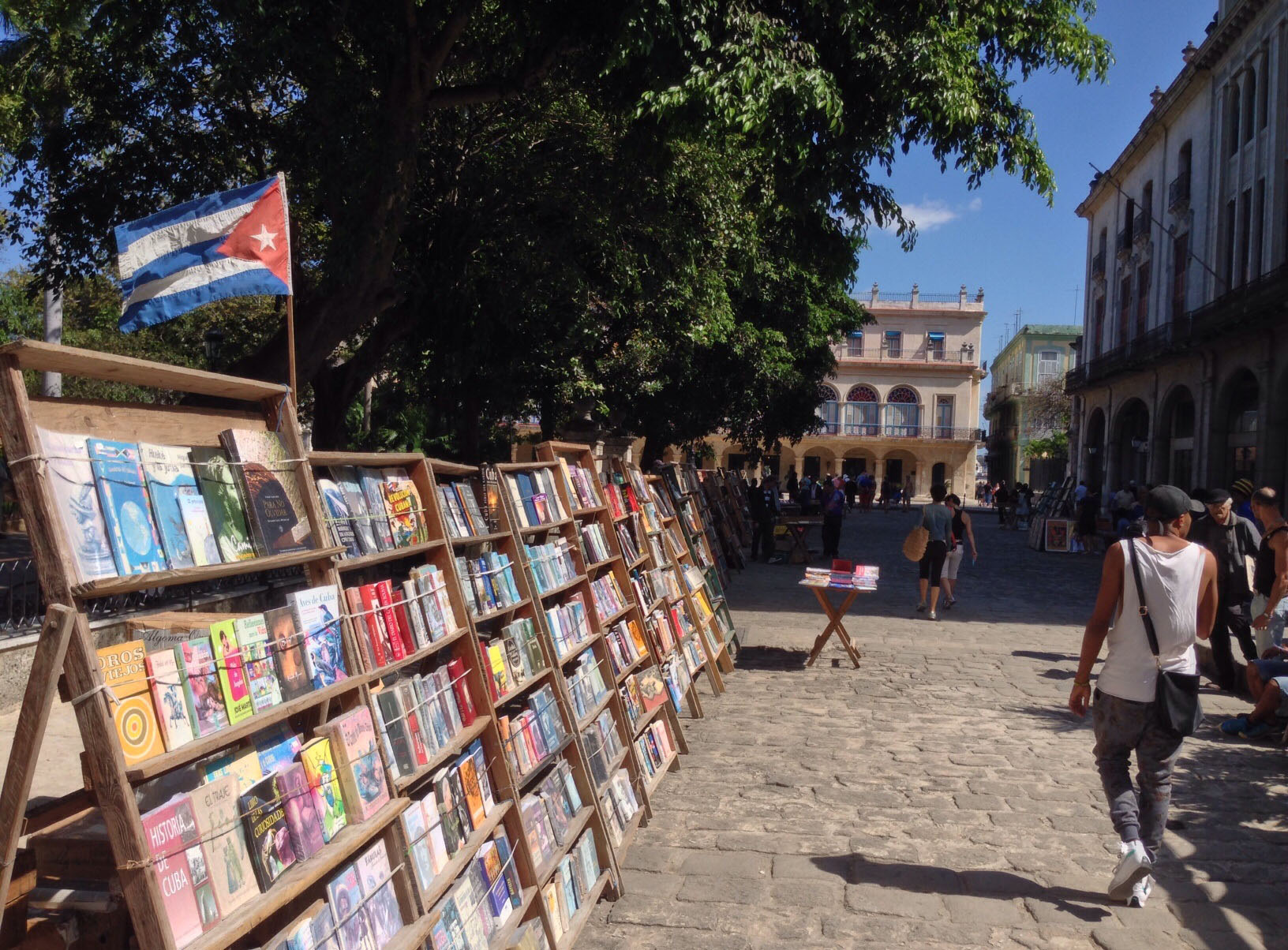 I only found my way to the charming but touristic old part of Havana after 4 days.
I immediately feel in love with Cuba when I arrived. There is something peaceful about it. I vividly imagine that when old people talk about how everything used to be better in the "good old days" then they think about how Cuba is now. Cuba is a place untouched by the McDonald's culture, the overuse of soft drinks, social media and video games. There is hardly any traffic in Cuba and for the same reason it's really easy to cross the street or even walk on them. When I first saw the old classic automobiles I figured that they were for the tourists. And to some degree they are. But these old classical beauties are everywhere and are not running in order to please tourists but in order to service society. In a real way these automobiles are as common as Toyotas are back home. 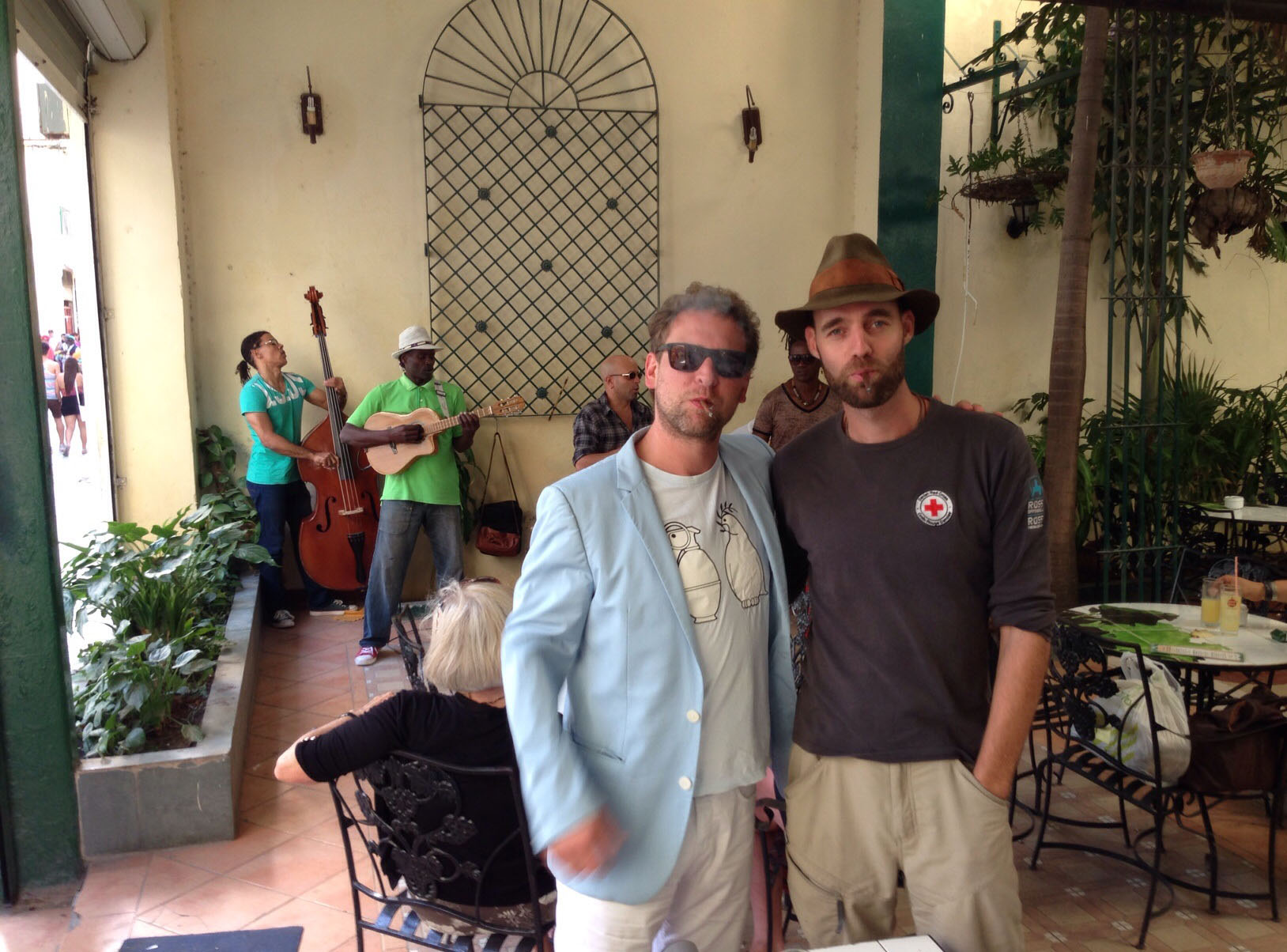 Bertram, Austria, and I met on the first day. He introduced me to smoking among other things. Great guy :)
To say that Cuba has undergone no change and that the country is stuck in the past is a gross overstatement. That is not at all the case. Cuba has modernities which have arrived with the worldwide progress of technology. There is a constant liberation of prior lows and restrictions and you can find the younger generation covered in tattoos listening to pop music and staring into a smartphone. It's however not as prevalent as in any other country I've been to (keep in mind Cuba is country #74 within this project).
Furthermore the smartphone is probably not connected to the internet. Cuba has an intranet which connects the Cubans alongside with the telephone, telefax, telegram and postal service. Internet is rare and I have so far not heard about any free wifi? I don't think it exists. If you have money then you can buy 1 hour of wifi internet in a number of exclusive Havana hotels. 1 hour costs from 6.50 CUC and up. As a tourist you can probably easily overcome that amount although it's pretty high by most standards. If you are from Cuba then you can only dream. Of course it's not like that for everyone - but it is for the vast majority. 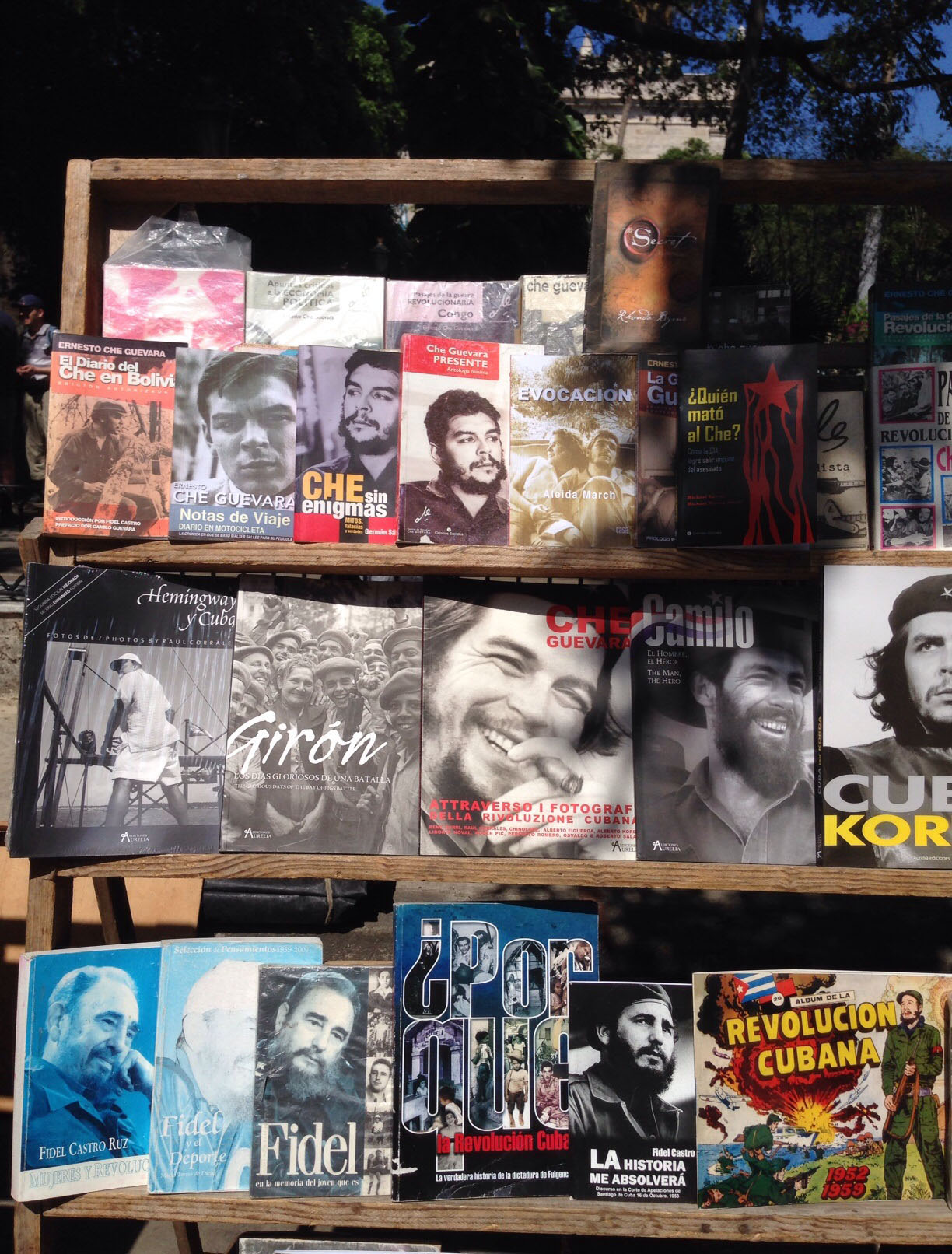 2 of the most famous names to be associated with Cuba must be Che Guaverra and Fidel Castro. And Che is even from Argentina.
As a part of who I am undoubtedly exists on the World Wide Web I feel strange not having access to internet whenever I want it. Having had internet access at every hostel, tourist office, most cafés and other places I suddenly starve and almost feel the absence physically. I guess it's healthy? You know, I don't really need to remember anything anymore because I can always look it up online. In Cuba I haven't met anyone who couldn't give me a straight answer as soon as I asked. Food for thought?
I'm stuck in Havana. Not just in Cuba but in Havana. In reality I can travel wherever I want. I can find a bus and go from east to south, north and west. I could meet with every one of the 11 million Cubans who inhabit this grand island. But in my current situation I am waiting for a phone call. I'm sort of on stand-by waiting to leave Cuba as soon as the weather calms down. This is the first time I have been unable to travel because of weather. My plan of reaching Nassau, Bahamas, for my US embassy visa interview has long ago been shot to pieces. And the Maersk Line container carrier which is leaving Miami on February 18th has become unrealistic to reach. A cold front has moved down between Cuba and the Bahamas/Florida. It causes for rough weather and no one is leaving the marina. 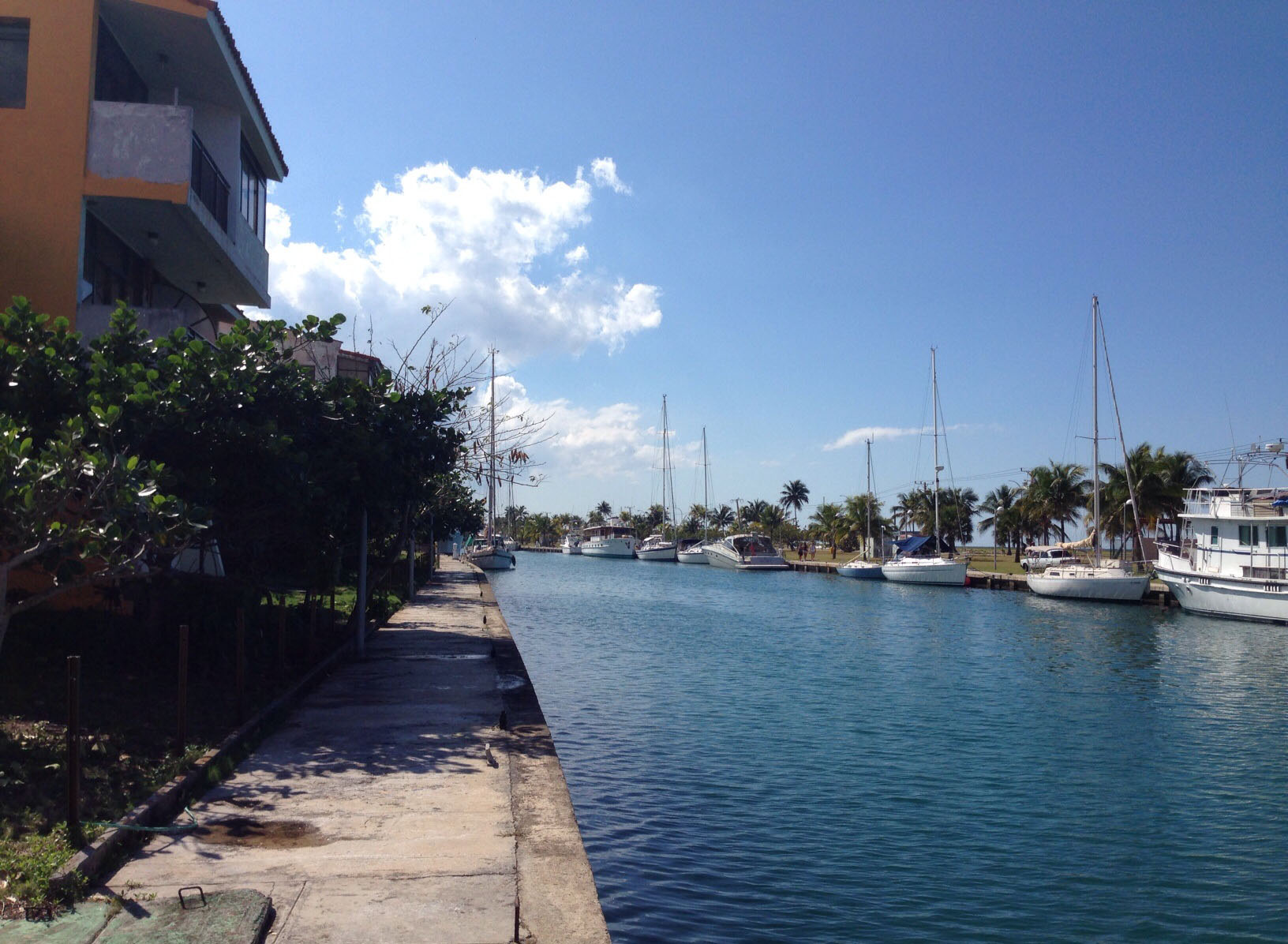 Hemingway Marina is a system of canals which will probably soon be my way to the Bahamas - hope...
I have however made contact with some interesting people at the Hemingway Marina and if it all works out then I should have some interesting stories to tell about in the next blog.
Did you know that Havana used to be the scene of a strong economy, modern life and decadence less than 100 years ago? Well, the spectacular buildings tell that story as you can walk the streets and marble about its greatness. But the city is begging for a facelift and apart from the more touristic part of Havana a little more than mortar and paint is required. It's however one of the cleanest capitals I've ever been to and you commonly see people sweeping the sidewalk or washing the tiles. 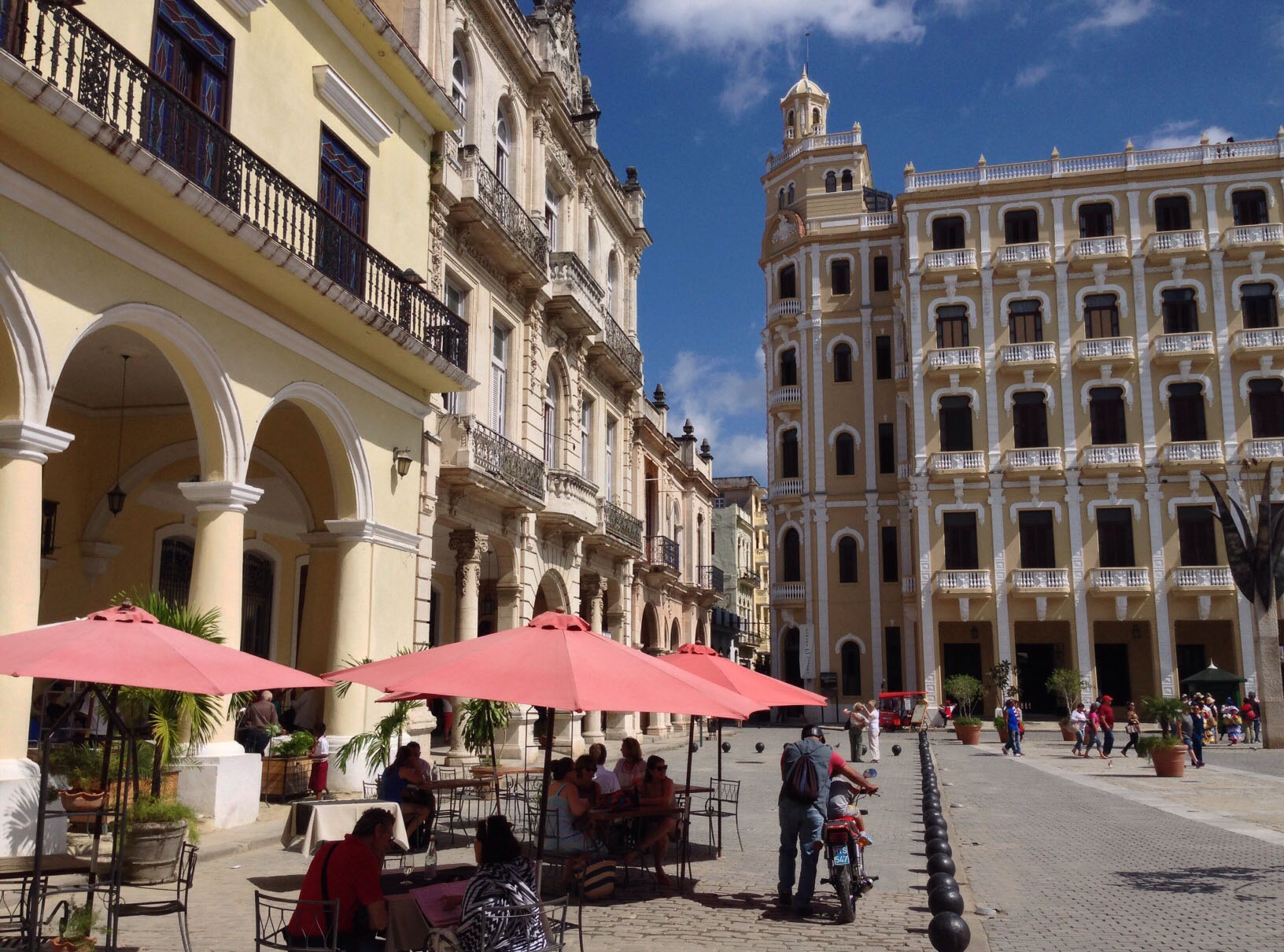 The downtown area of Havana is very touristic...but certainly worth a visit.
Much is changing for Cuba as you read this. The history of Cuba seems to be quite common compared to most other Caribbean countries right up until Carlos Manuel de Céspedesis helped Cuba declare its independence from Spain in 1868. That's when I think the really interesting history begins which has formed Cuba to be so different from other Caribbean countries. But much is changing still and much has changed during the last decades. Visiting Cuba today is surely not like visiting Cuba last year.
In my opinion they still make time for people and culture in Cuba. Speaking with your neighbor, playing baseball in the streets, listening to music, meeting a stranger. When the bubble bursts - and it will - how much will change? 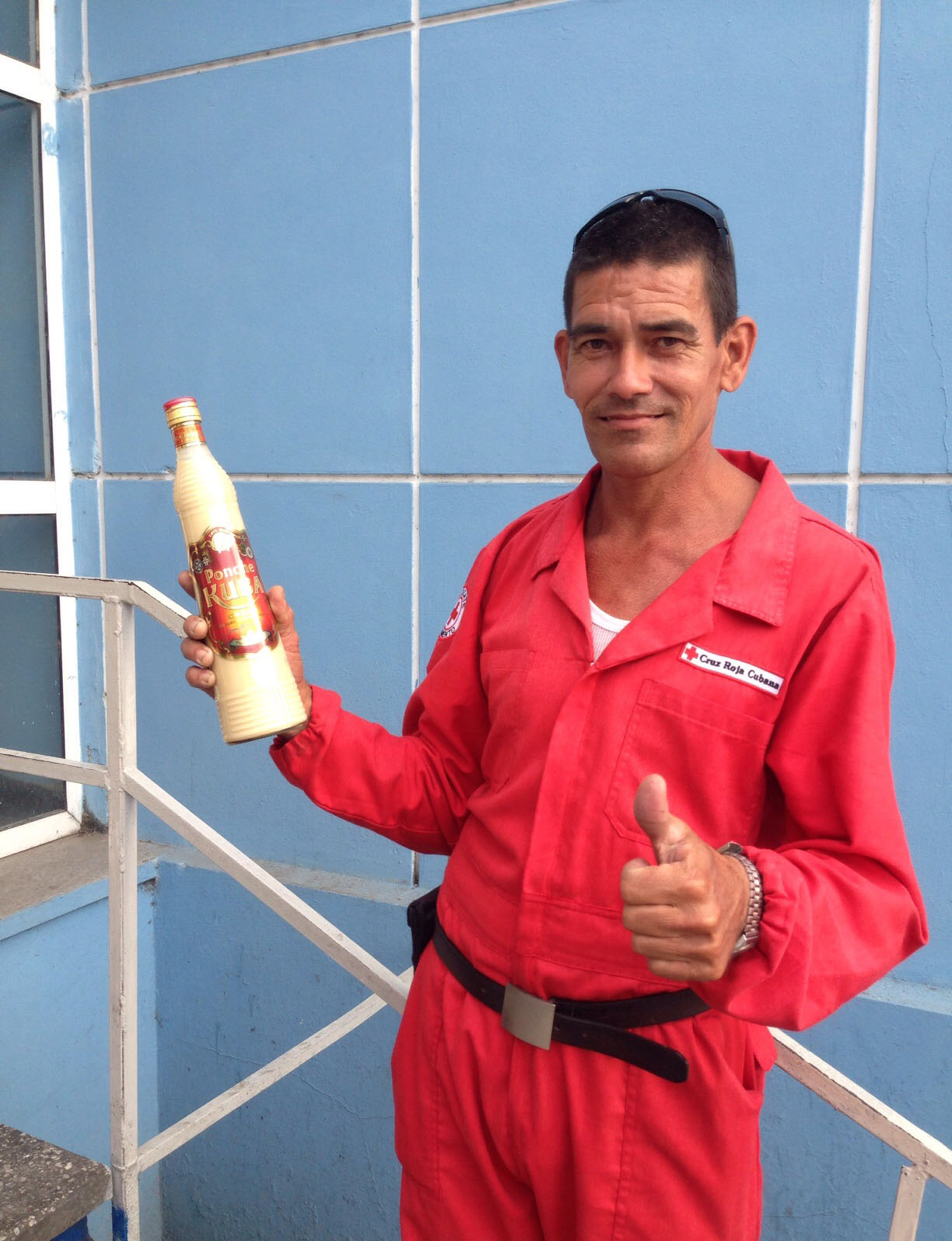 I met Alexis as soon as I arrived to Cienfuegos on my first day. We had a coffee, then a beer and when I was leaving I gave him a keychain from Jamaica which clearly disappointed him. So I pulled out a bottle of alcohol I was given on St. Kitts and then he was happy as a child on Christmas morning :)
I can't help to ask myself if I would still be so fond of this country if I had never seen anything else? My fascination with Cuba is certainly deeply routed within all that I have already seen elsewhere.
Best regards
Torbjørn C. Pedersen (Thor) - discovering myself in the world and the world within.
back to top