I do not pretend to know or understand a country based on visiting a few areas within a short span of time. Although, I can certainly tell you much more about a country that I have been to, than you could about a country you have never entered. It's similar to sticking your finger into the frosting of a cake but never getting to eat a piece. My limited budget gives me a unique access to "the common world". Ask yourself: "how many of us regularly visit museums etc. within our own cities?" But we do go to the local grocery store, get on the bus and walk the streets.My home country, the Kingdom of Denmark, is fairly small in many ways and you would think that living there would quickly leave anyone with a lasting impression of what that country is all about. But I haven't been everywhere within Denmark and the culture, humor and dialect changes from region to region to such a degree that visiting the capital would only be sticking your finger into the frosting. But even that would hopefully provide you with an impression. You might be able to tell if you liked it or not and in the long run also know if you would desire to return if the opportunity should present itself again? 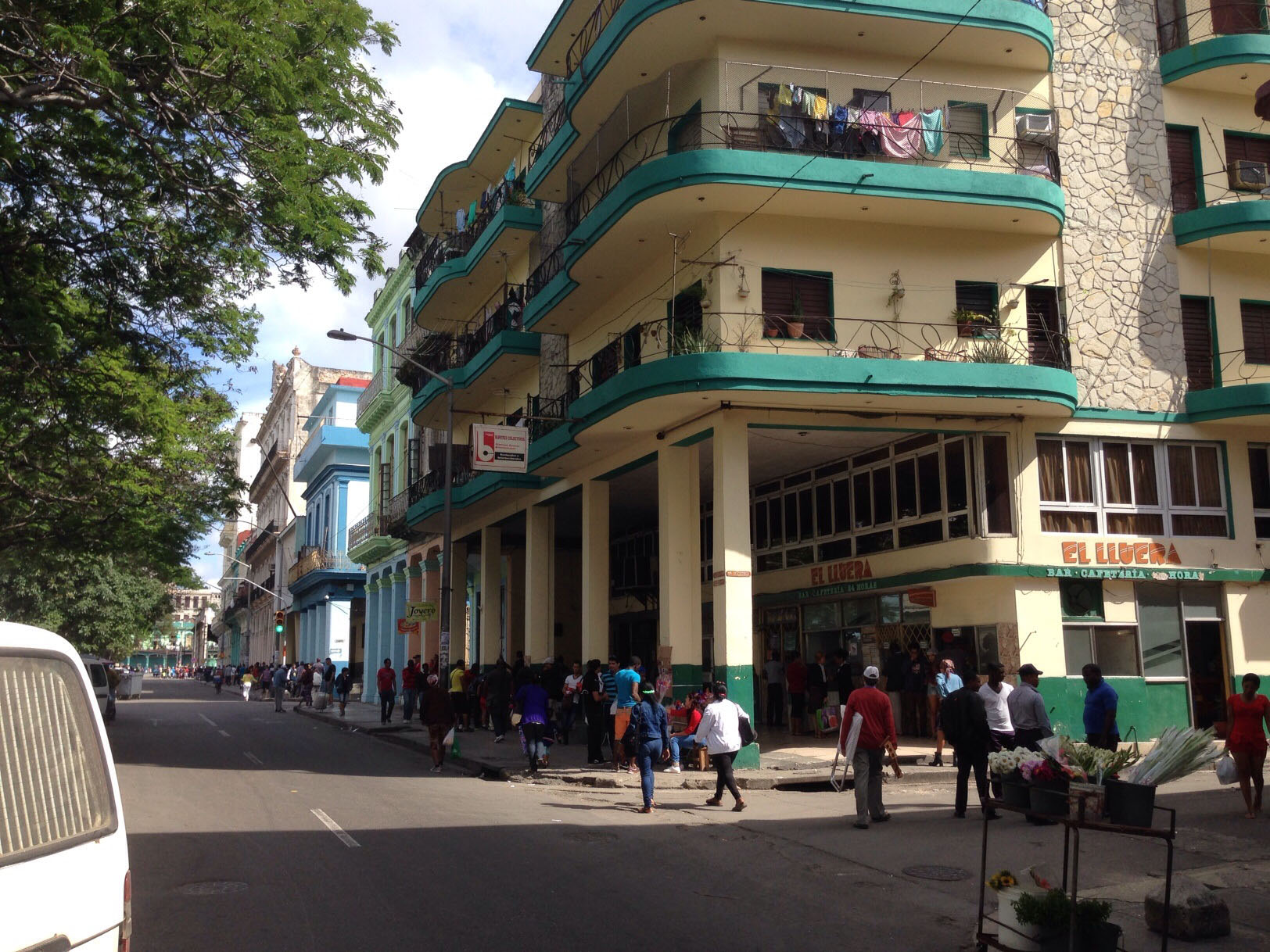 The other day I was walking down a sidewalk in Havana. I was surrounded by people walking all around me. The sky above was blue and I had a 3 story high building to my right and the open road to my left. Suddenly I heard a hard "thump" next to me! I looked down and saw a small black puppy. It was still alive but it was clearly partially paralyzed. I looked up to see where it came from? It was impossible to tell. Perhaps it had walked off the edge of the roof? People rapidly gathered around the puppy asking "what happened?" But no one did anything. The puppy just laid there halfway on its back looking at us. My instincts told me to kill it. But other instincts told me not to interfere. Finally a young man picked it up and cuddled it for a few seconds. Then he put it down next to a garbage bin. Life continued. Everyone started walking again. I've been thinking about that puppy ever since. It could have happened anywhere. It happened to me in Cuba. 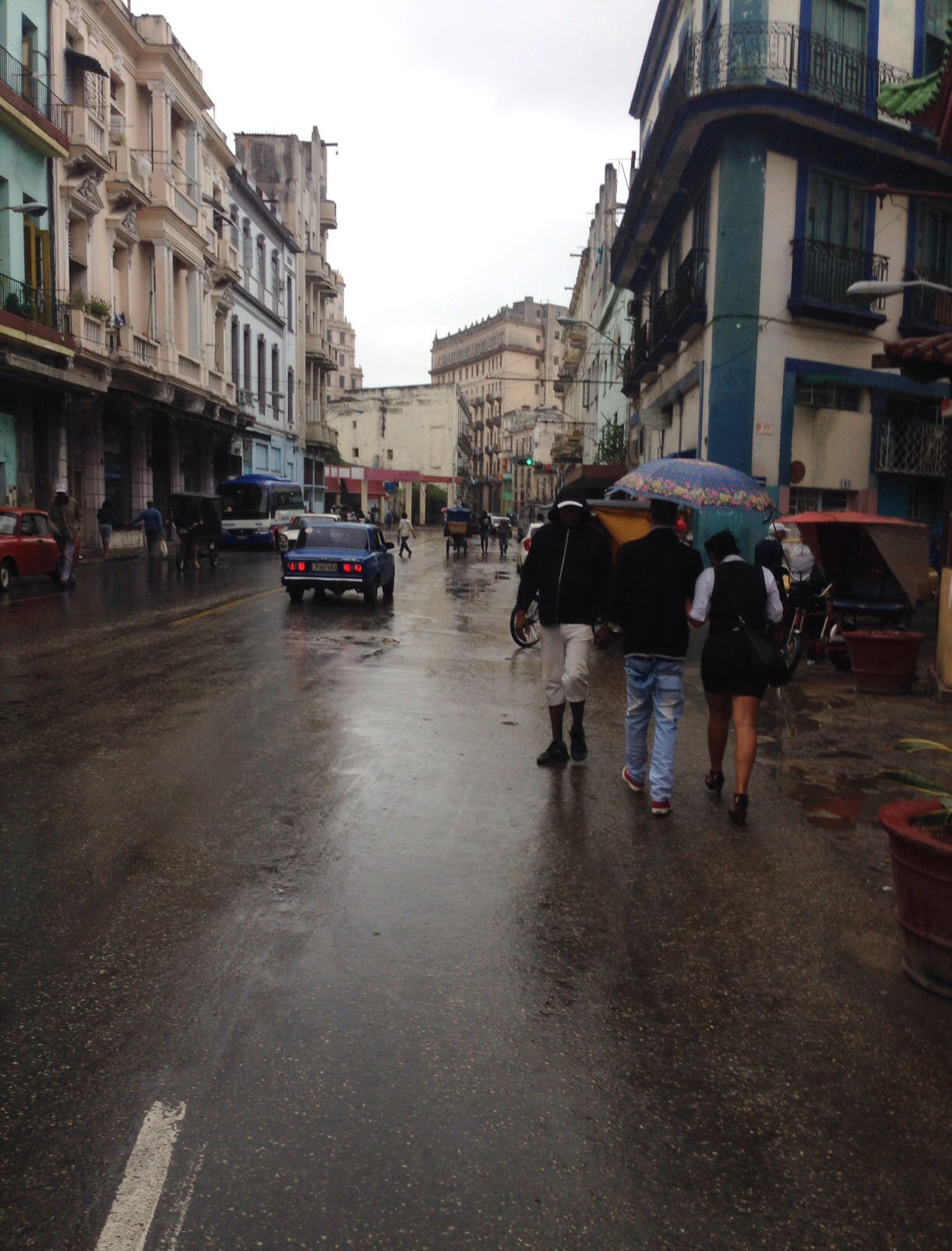 A band was playing traditional Cuban music. Tourists and locals were enjoying it. Drinks and meals were served and the weather was perfect. A Cuban man walks between the tables with a small basket asking for a few coins. Some pay and others ignore him. Then a tourist leans over and the Cuban man with the basket stretches it forward. Then the tourist taps his cigarette, using the basket as an ashtray, and arrogantly leans back again. The Cuban man simply smiled and went on. 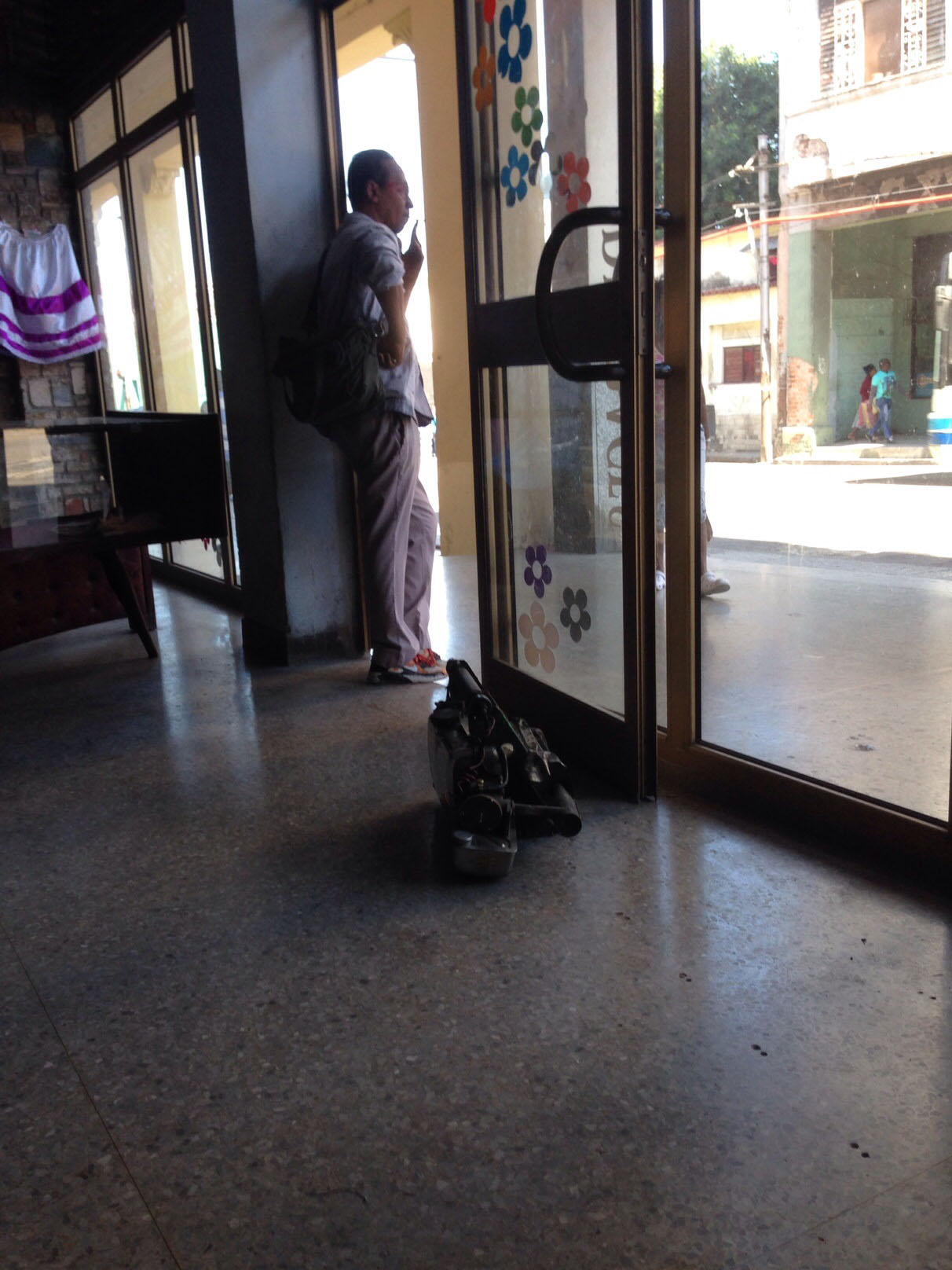 I was standing inside a store which sold clothing and also offered to do repairs. I had been referred to this place as I recently received 2 new pair of pants from Berghaus (http://store.berghaus.com/home). But both pairs were too big for me and I needed them fitted. It was a simple store with a lot of distance to the ceiling. There were a couple of counters, but not much else and the front consisted of 2 grand glass windows which let a lot of light in. The woman took my first pair of pants and went into the back to fit them. Then a man with a face like a cockroach arrived with a handheld monstrosity of a fumigator. He casually put it down on the ground and then proceeded to stroke his hair from front to back. Then he suddenly started the fumigator as it was sitting there on the floor! After a few seconds the exhaust vent was so warm that he could now light his cigarette on it. Then he turned the fumigator off and enjoyed his cigarette while leaning towards the door entrance. Adapt and improvise. 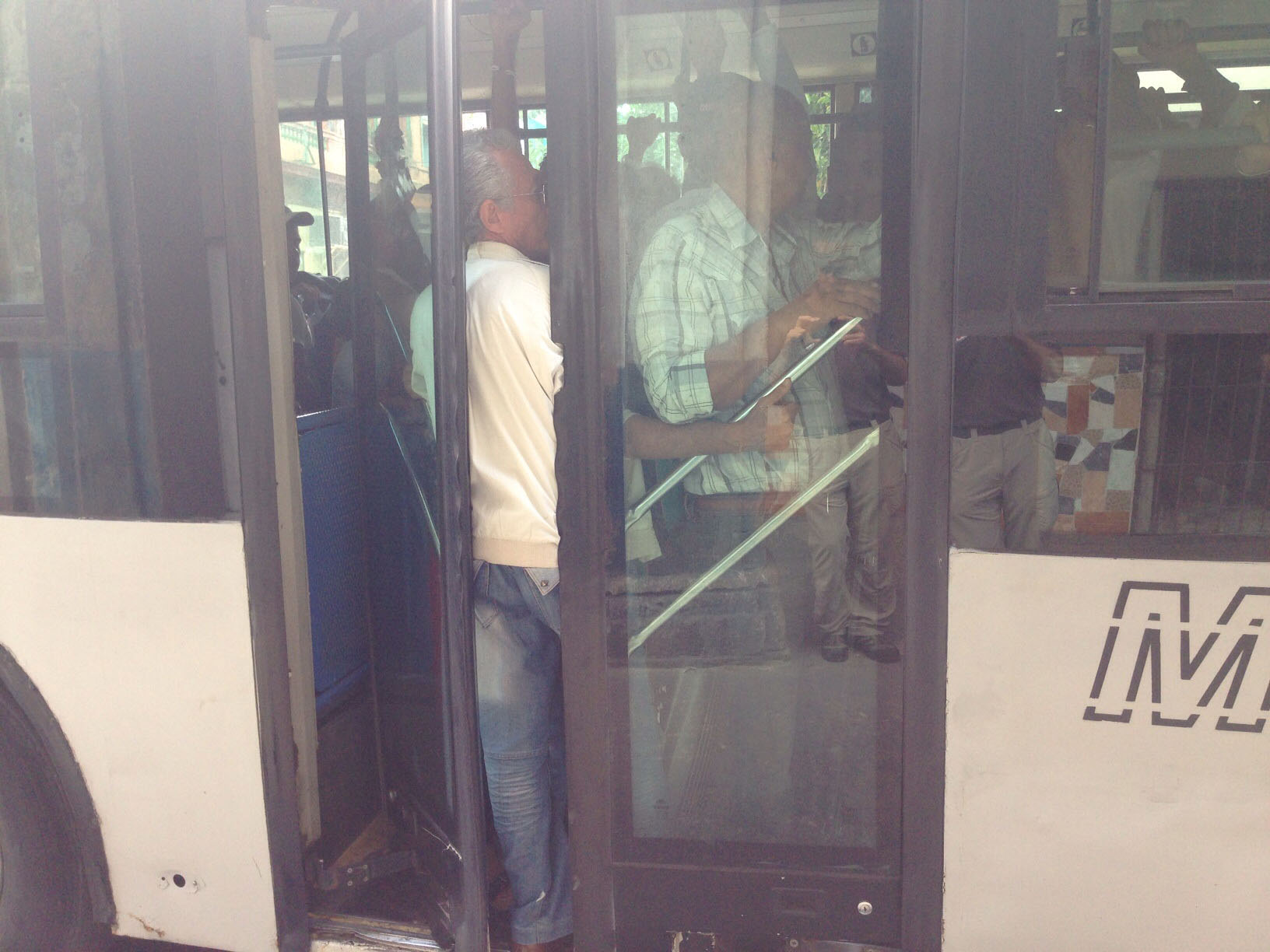 Busses are cheap and mostly overcrowded. However that doesn't mean you can't get in. You just press harder towards the other passengers. I had been waiting for such a bus and when it arrived I was among the last to attempt to get on. After pushing for a while I finally reached far enough inside to get a firm grip on a steel bar. Then the bus started moving. The doors tried to close but I was only halfway in and couldn't go further. As such I was halfway in and halfway out while the bus continued speeding up. Eventually, after about 5 minutes, the bus stopped and some passengers got off. There was now room for me. It never felt unnatural. 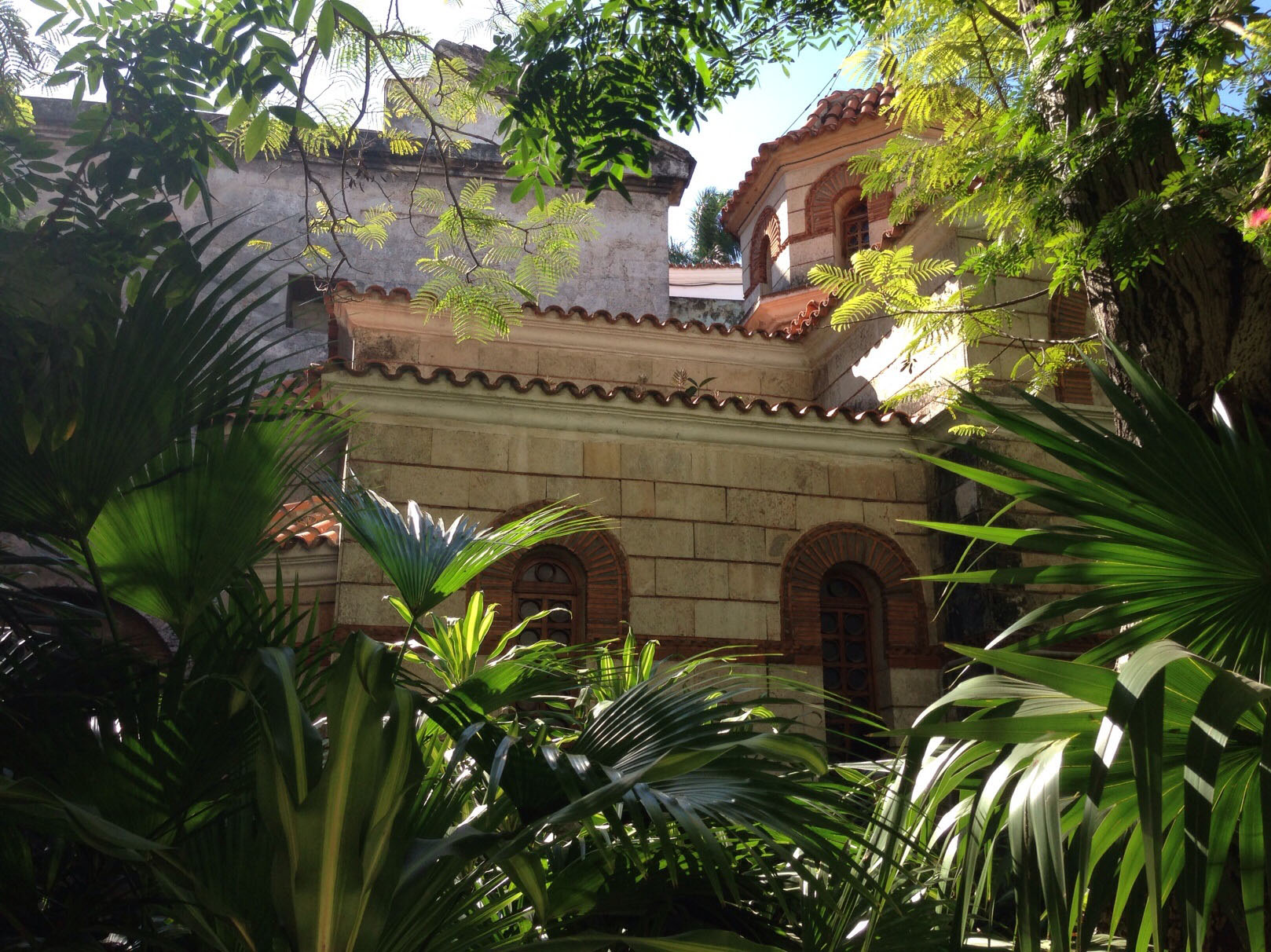 I've made some amazing contacts at Hemingway Marina. The stories will come later. But one of these contacts invited me to join him for some wifi internet at a luxury hotel not far from the Marina outside of Havana. And it was certainly a luxury hotel. The cheapest rooms may have been around $400/night. After an hour with wifi he invited me for dinner. It was an Italian restaurant with an Italian chef and a Michelin star. Very good food. Then he wanted to show me a special place. We drove towards Havana and parked at an old factory which had been converted into a "factory for art". It was called FAC and was definitely an elite place. Various famous Cubans sat there drinking and chatting the night away. I guess he just wanted to show me the other side of Cuba - the one that regular Cubans cannot afford. 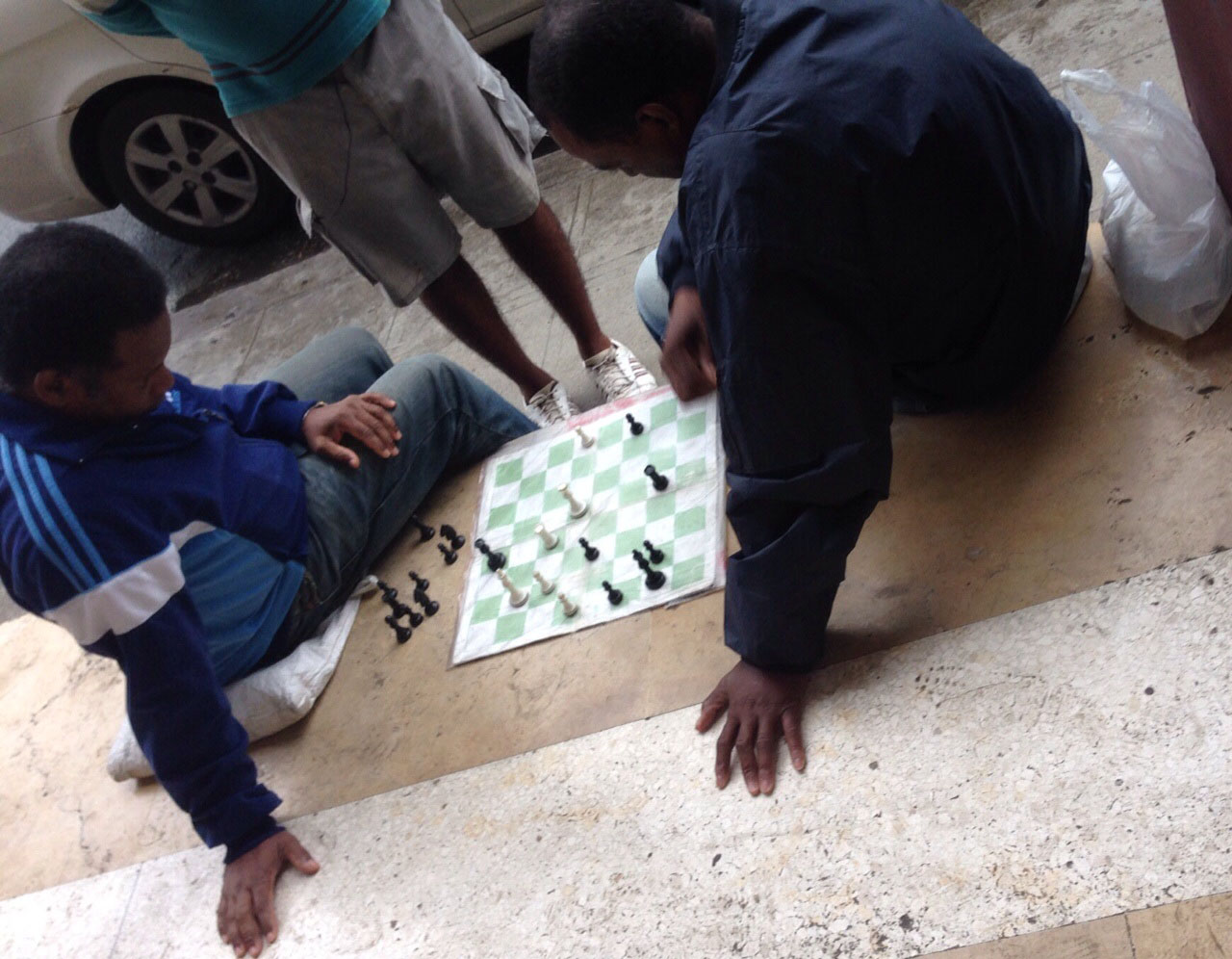 I wonder a lot about the power of psychology. I have been to so many countries and I am able to compare countries against each other. Most Cubans have never had the option to leave Cuba. So their perception is only based on 1 country. As far as they know Cuba could very well be the best country in the world? But the grass is always greener on the other side of the hedge. The youth, in many cases, long for what they do not have. Adam and Eve were told that they could eat whatever fruit they wanted to - however never the apples. Eventually Eve bit into the apple. If you are told not to look down then your first instinct may very well be to do precisely that. However many directions you might have had to look in - you looked down. In "the Beauty and the Beast" Belle is told that there is 1 room she cannot enter within the castle. Only 1 room! Everything else was accessible to her. Naturally she aspires to enter the forbidden room. What happens if you tell someone that they cannot leave their country? 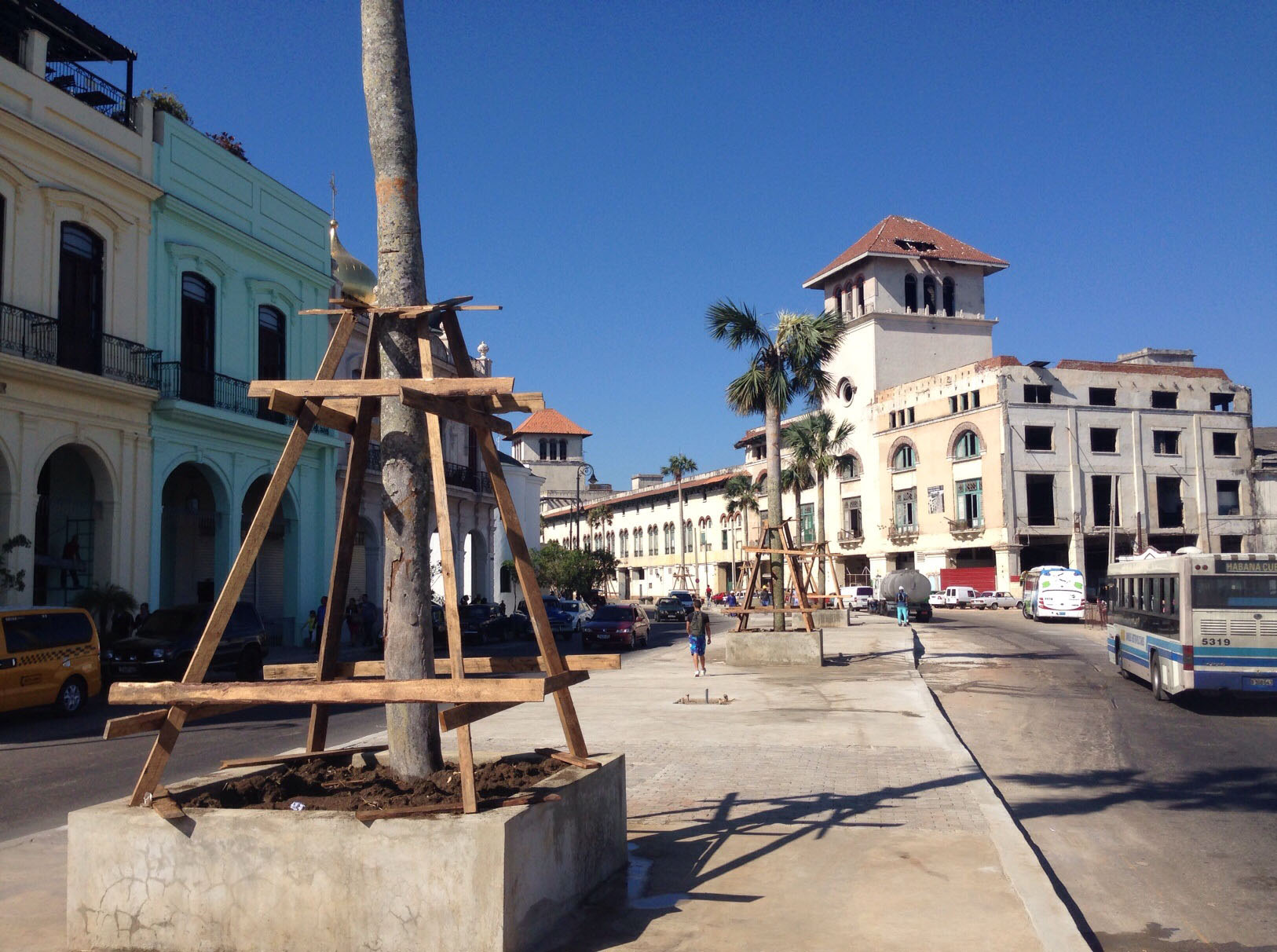 Internet in Cuba is fairly limited. Illegal connections are severely punishable and if you know anything about Cuba's track record when it comes to the subject of international humanitarian law, then you know enough not to walk down that road. The average monthly wage is around $20 for most Cubans. So the quite common $10/hour rate for a wifi connection at major hotels is well out of reach. I found myself a good connection for "only" $6.50/hour. A woman told me of a place where I could get internet for as little as $4.50/hour. So I went to try it out. This was an official government "internet café". After waiting in line for about an hour I learned that there was no wifi but that the "café" relied on stationary computers. So I left again. On my way out 3 young men wanted to talk to me. They spoke mediocre English and were curious to see a tourist in such a place. And they also wanted to practice their English. One of them was complaining about the cocooned life they have: no travel, no internet, no money etc. I was then puzzled about what he was doing standing in line for internet that costs him $4.50? He quickly replied that his brother works for the government and sometimes gives him a free internet ticket. I then looked at his massive tattoo on his left arm and questioned how he could afford that? It only cost him $4.00. 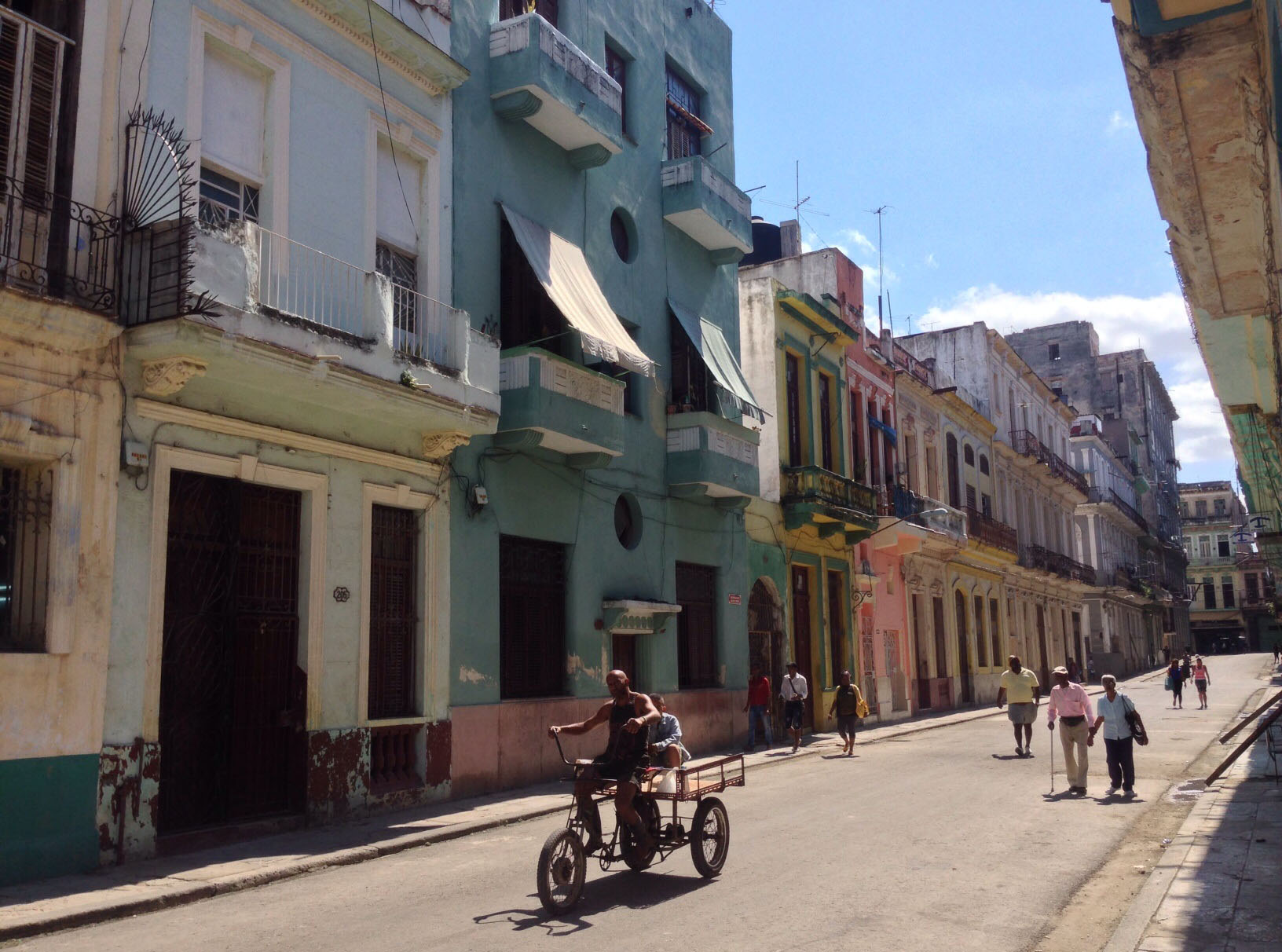 Perception is reality. I see a youth that is curious about modern pop music, Facebook and other social media. They have tattoos, they wear sunglasses after dark, beanies when it's warm and they have multiple piercings. If they had access to a vehicle and large loudspeakers then I am sure that they would go for it! But that is the youth and within my short span of life, I have already concluded, that the majority of everyone on this earth has no idea what they want. If they are lucky then they might know what they don't want. 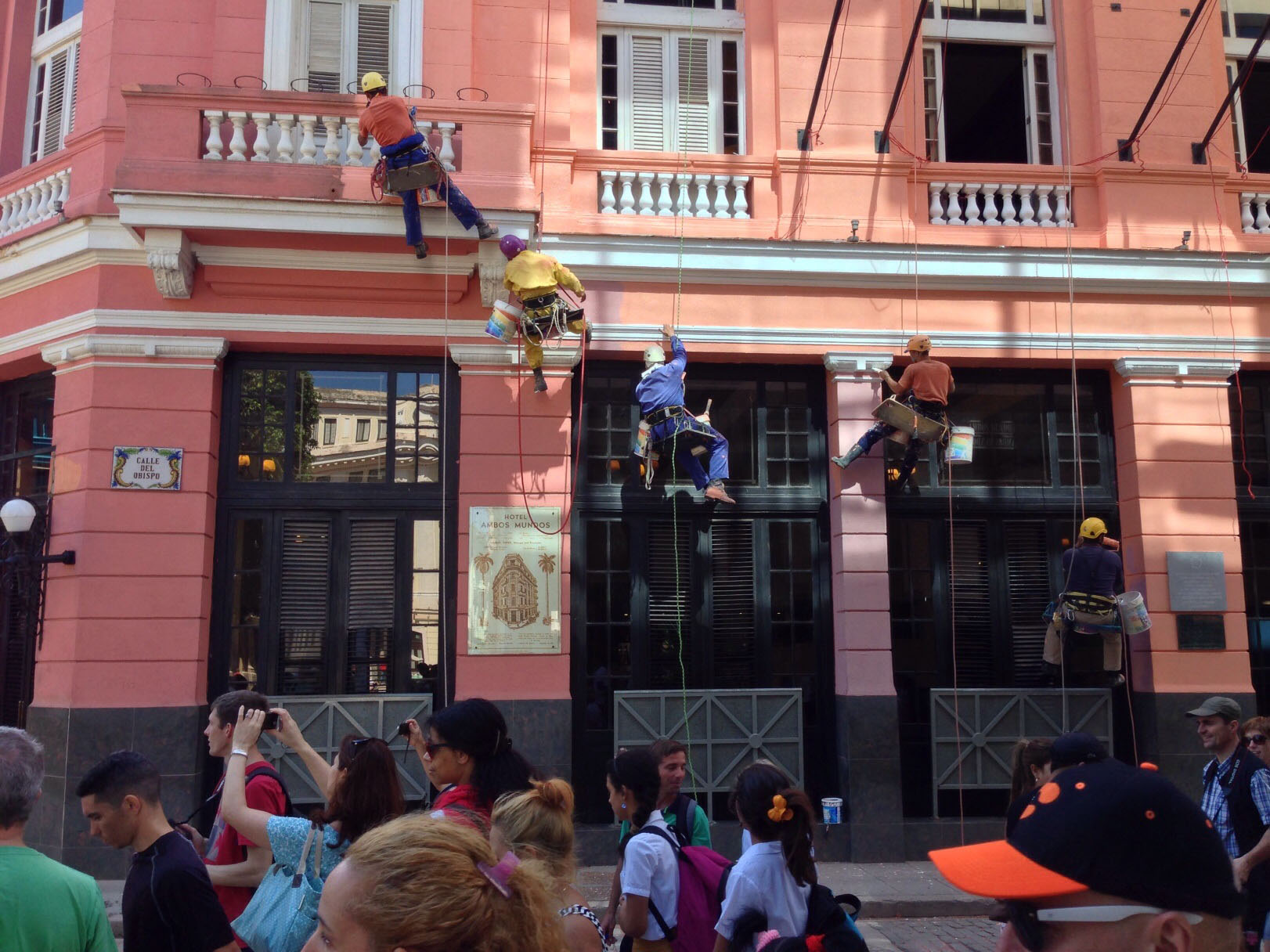 I sometimes observe tourists in Havana. The ones that stay in a hotel within the freshly painted tourist area where someone is singing "Guantanamera" on every street corner, where "Che" Guevara postcards and posters are sold everywhere, where you are constantly offered to buy cigars, drive in classic taxies and discretely meet with local girls. These tourists that immediately buy a "Cuban sombrero", take their picture with Hemingway at "Floridita", order a Mojito, smoke a cigar...do these tourist think they have seen Cuba? Which stories will they tell when they go back home? 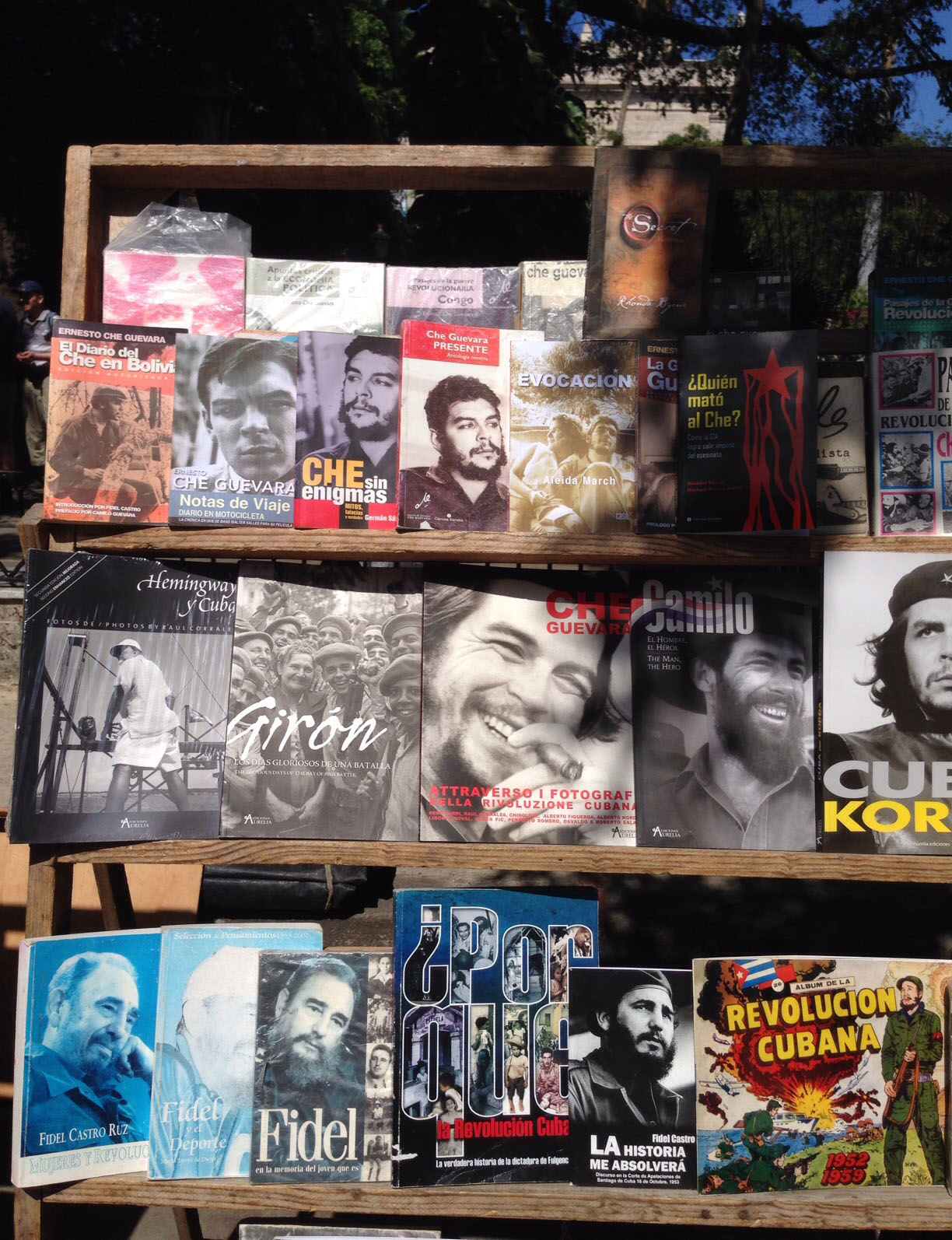 I wonder what the long term effects towards the increase of tourism will mean to this country? It is interesting. A man who averages a monthly income of $20.00 gets to stare tourists in the eyes that spend $100.00/day. And those tourists are not particularly wealthy. Cuba is changing, it has been changing for a long time and it will most likely be changing much more rapidly as time progresses. How can it not? To me some of the most precious aspects of Cuba are such aspects as the well preserved culture, the low amount of traffic, the general absence of obesity and the extraordinary buildings that mostly still stand. 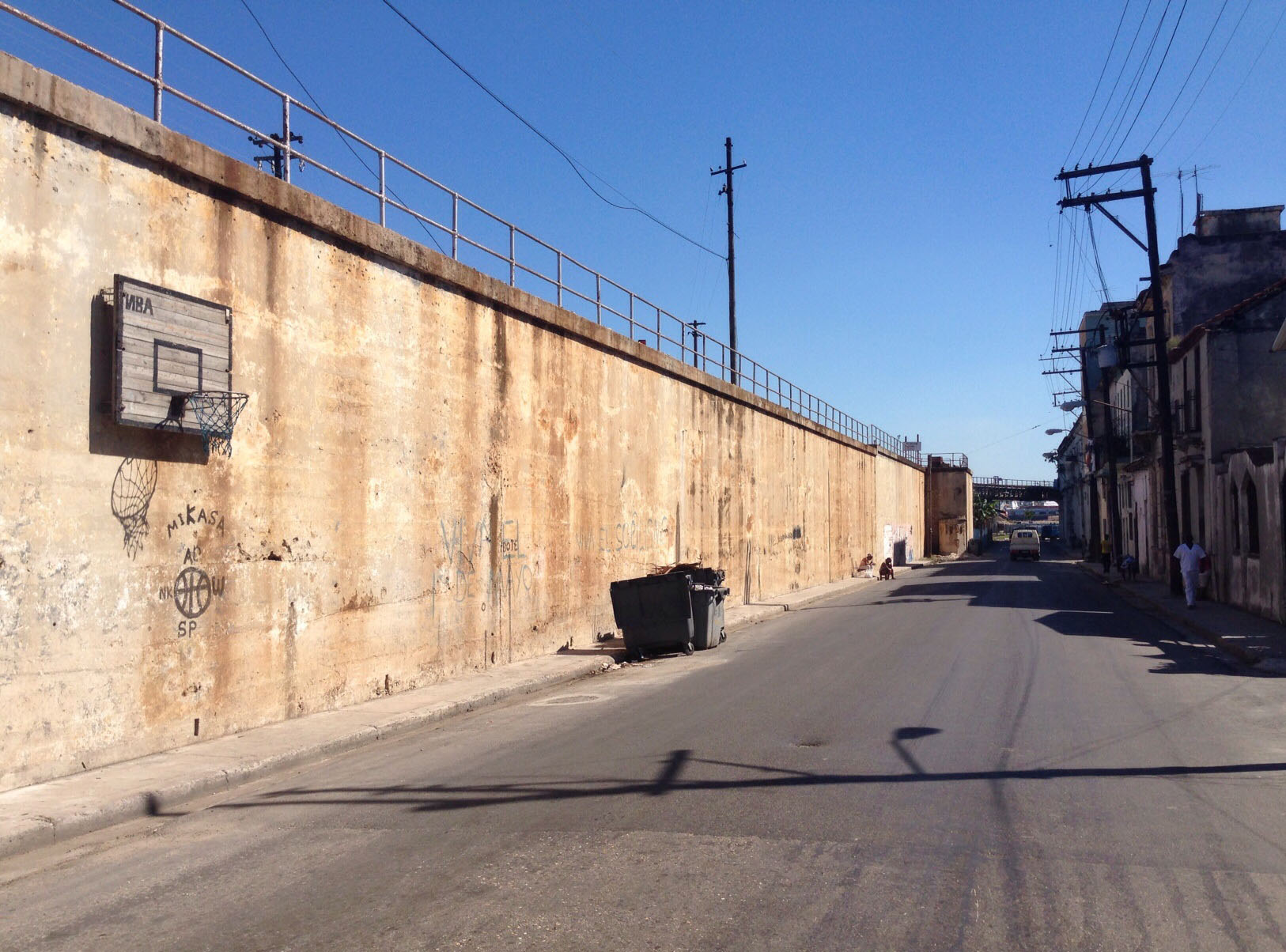 In a many of the countries I have been to, "zombie-like" behavior has followed with the easy access to social media. Traffic has spun out of control within the Caribbean and obesity is far more common than the alternative. The buildings within Havana may well be derelict in most cases but their structure and architecture is such an homage to a time before a house was a "machine for living in". Progress and evolution is undoubtedly necessary for us all. But how wonderful would it be if the uniqueness of Cuba could somehow be preserved within that progress? 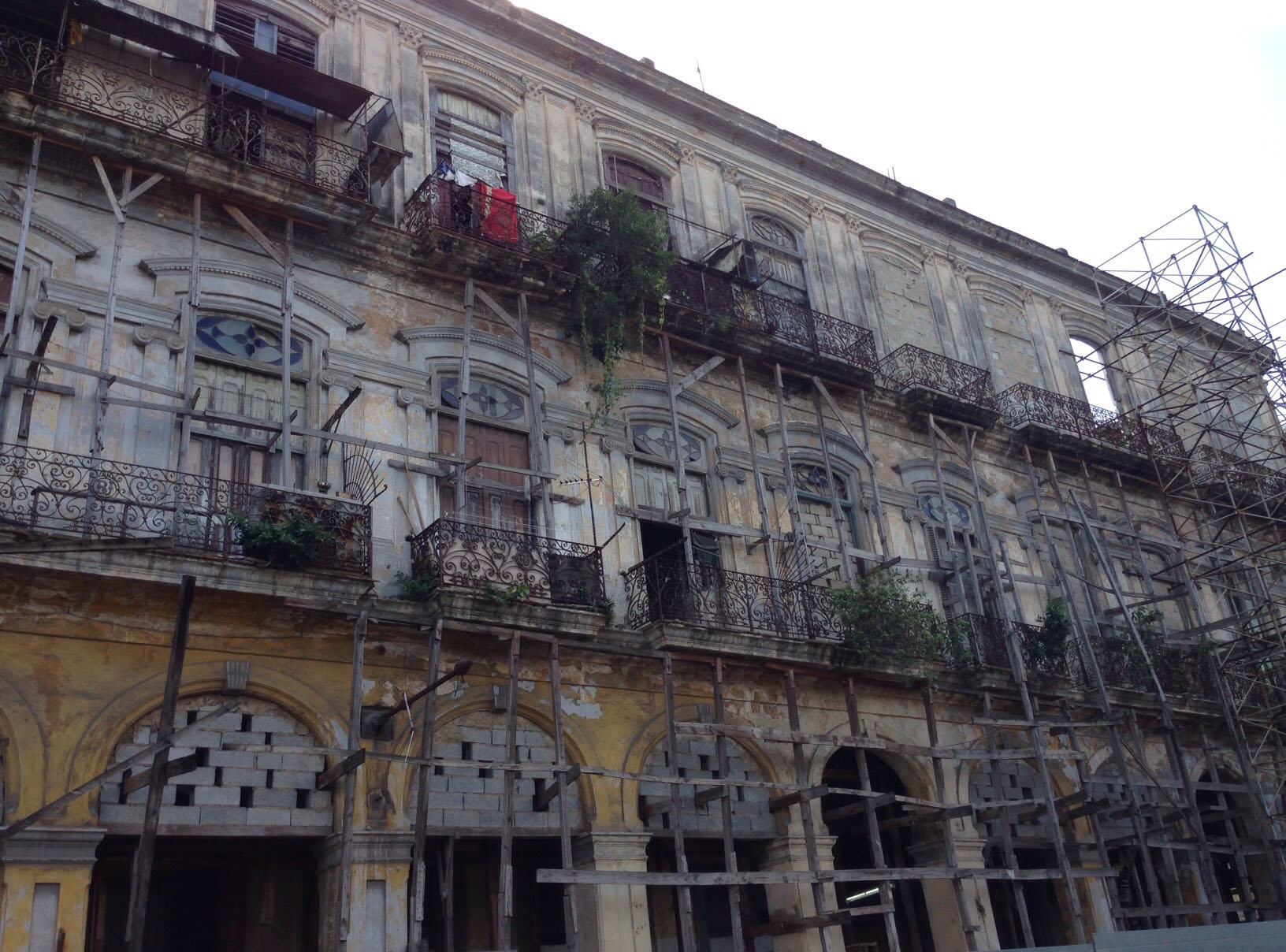 Are you familiar with the description of the frog in a pot? It is said that if you boil water in a pot and drop a frog into it then the frog will survive as it will react to the heat and immediately jump out. However if you were to drop the frog into the pot before you heat the water then the frog would not detect the slow rise within temperature and eventually it would boil with the water. The revolution in Cuba took place in 1959. Some say that nothing has happened since. Those who say that might be boiling with the water today. I love Cuba! But do I love Cuba for what it is or for what I want it to be?Best regardsTorbjørn C. Pedersen (Thor) - I love to travel too.