However this time Hamburg was different. My father had booked a hotel room for my girlfriend and I. And another for him and his girlfriend through 21 years. Get married already!! You're not Mickey and Minnie Mouse! ;) My childhood friend showed up too with his 2 children, along with some of the best people of my life - and naturally my girlfriend came too. SPECTACULAR reunion!! But quite overwhelming too. 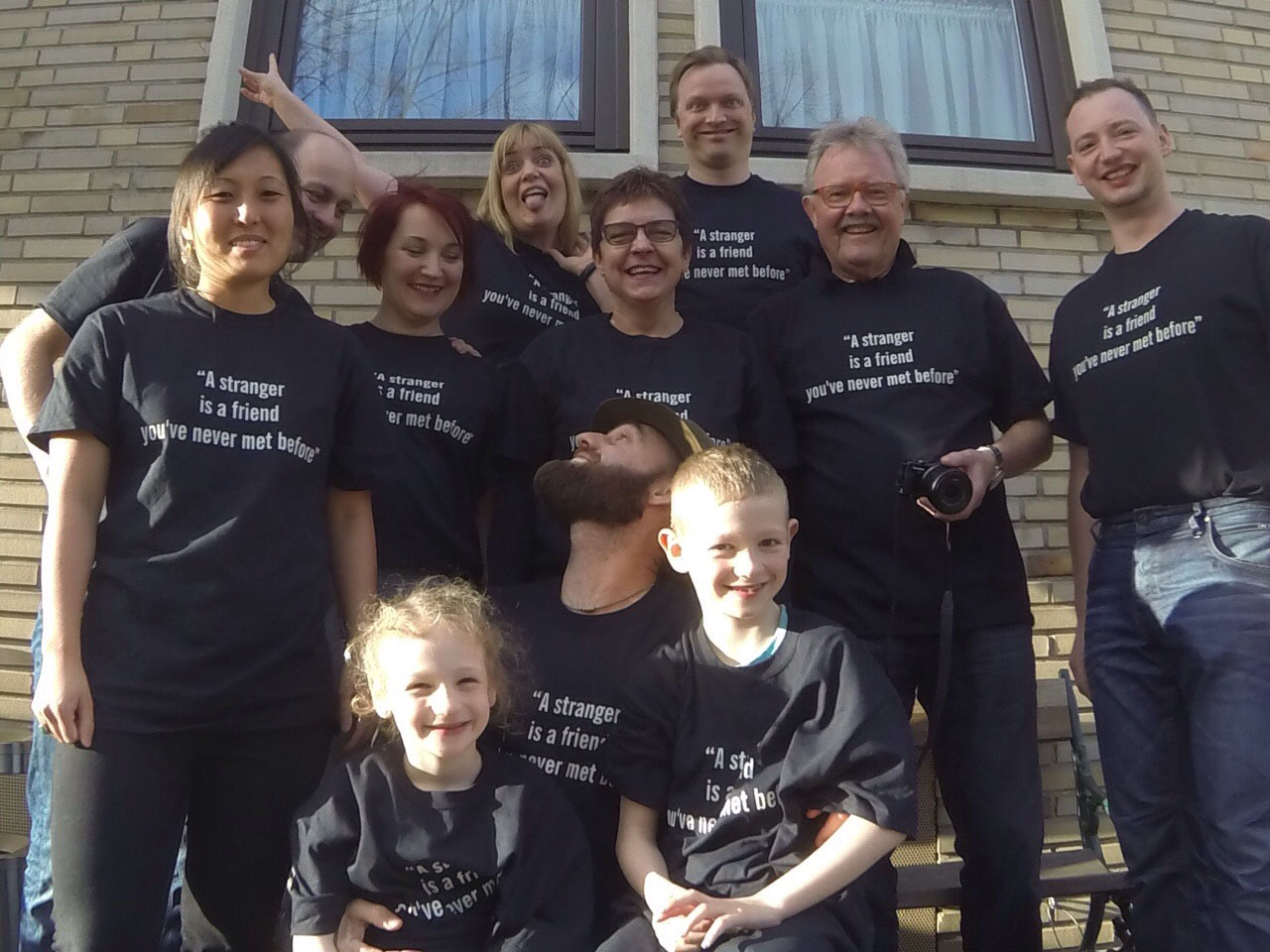 I had not seen most of these people for more than 1.5 years and here they all were...in Germany? Surreal! But amazing at the same time. But surreal for sure. It felt like the last 500 days had never been real. Like it was all in my head. Like as if I had never crossed over to the Western Hemisphere and returned again. Most strange...

After a few days everyone went back north to Denmark. Except for my girlfriend who accompanied me on the train ride to Madrid in Spain.

From there she flew back home and I was once again alone and on my own. Surreal. But familiar. An overnight bus got me to Algeciras near Gibraltar. A ferry took me across the strait to Ceuta which is in Africa, but is controlled by Spain. And a taxi got me to the border which I walked across. And then I was officially in Morocco.

I was presented with the same kind of border madness you find everywhere. Buy this, buy that...special price for you. I needed to get to Tanger which was less than 1 hour away. But the bus only went once a day. In hindsight I should have waited 2 more hours on the Spanish side and taken a ferry directly to Tanger. But I was eager to go across. The border presented around a million taxis which were all happy to bring me to Tanger. 1 euro translated into 10 dirham and a taxi to Tanger was rated at 500 dirham. "For you good price. Very good price my friend". 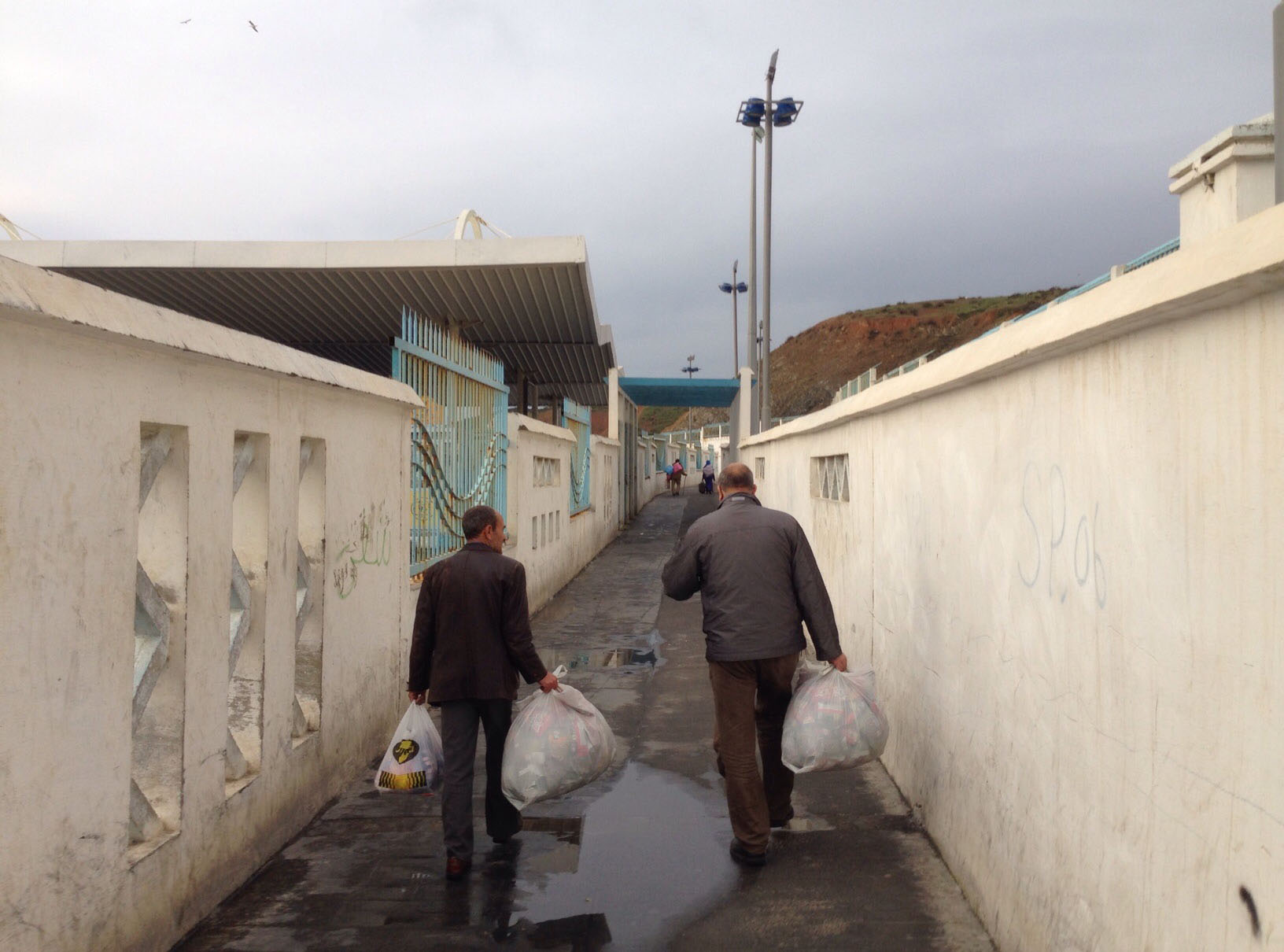 I couldn't believe that there was no bus. Or that there wasn't an option to get in a shared taxi? But it never seemed possible. So stubborn as I can be I just walked off. I followed the coastline for about 30 minutes when the first car pulled over to ask where I was going? "Tanger" I replied and he smiled while shaking his head. Seconds later another car offered to take me: 300 dirham. It still felt expensive but I wasn't going to walk to Tanger so I accepted. Great guy. His name was Hassan and we spoke Spanish all the way to the Medina (old town) where he dropped me off. 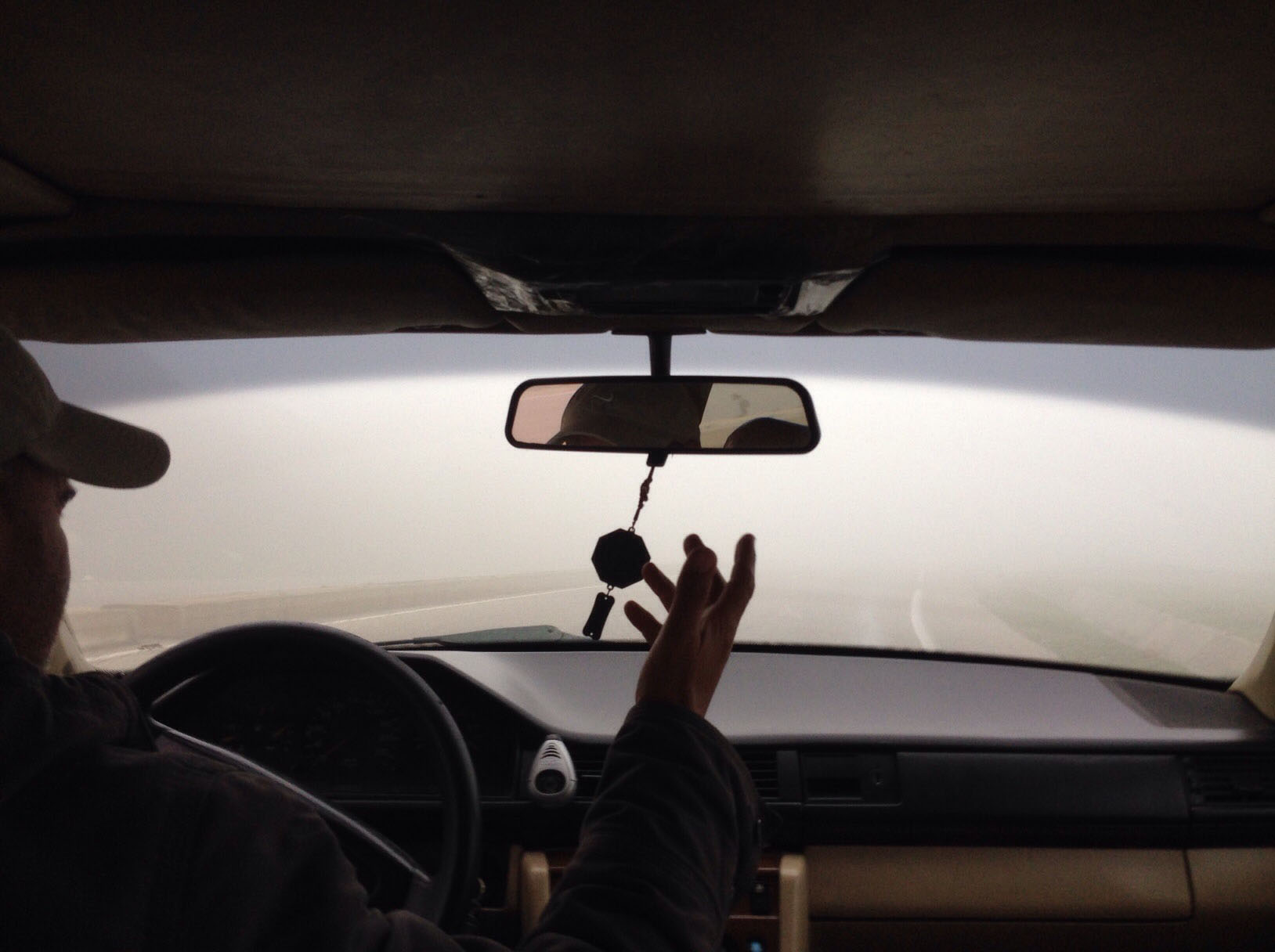 Morocco is like that. They speak multiple languages: Spanish, French, English, Arabic. It all depends on where you are and who you are talking to. I had found a great little hostel called Al Andalusi. An amazing house which had been converted into a hostel. The receptionist/host, Ayoub, was a great character who truly knew how to make someone feel welcome. 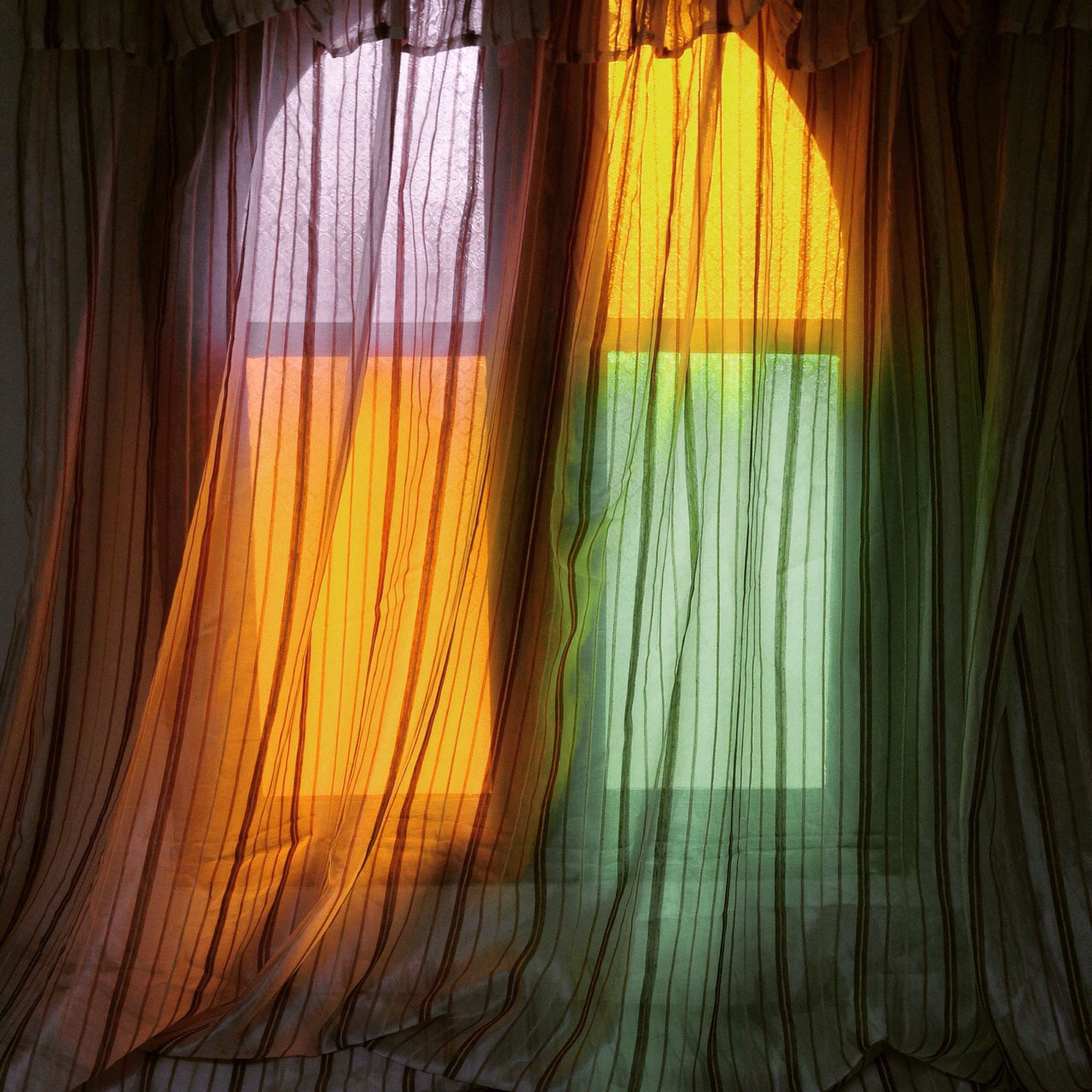 I had booked 2 nights and arrived early in the morning. That day was mostly spent acclimatizing (indoor). The next day I was walking about and exploring my new surroundings. Tanger is exotic and different from anywhere else the Saga has taken me. The Medina is fun and interesting to explore. It is very old and as the day progresses it becomes increasingly hard to be left alone. You will find yourself under constant attack by people wanting to lead you to a shop or to a market. It's all a part of the charm. 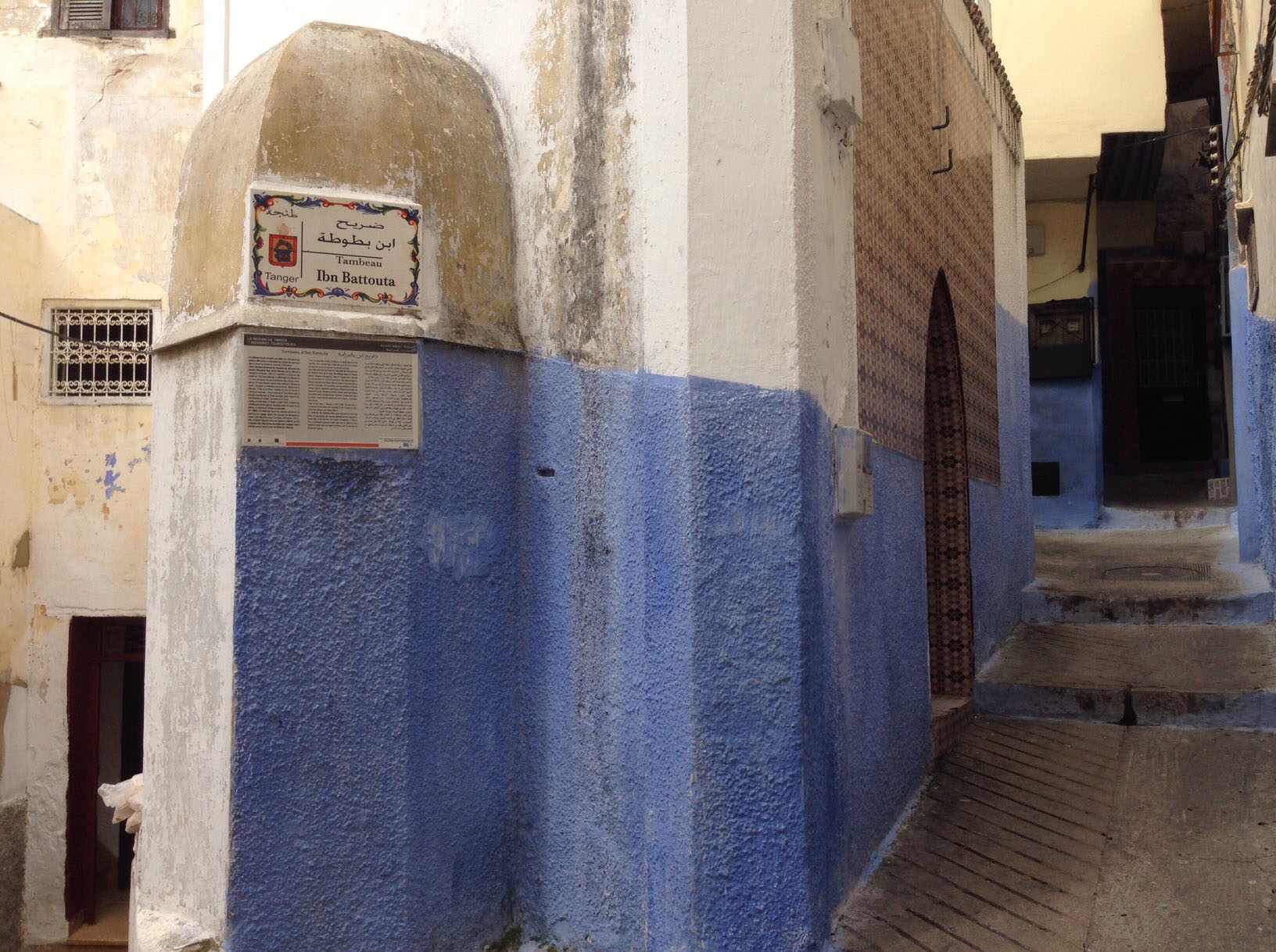 Ibn Battuta's grave in Tanger. The greatest traveler who ever lived? http://en.m.wikipedia.org/wiki/Ibn_Battuta

I walked far away and got to see a great deal of Tanger. When I returned I was approached by a man but I turned him away. I wasn't interested in buying anything or having a guide. I then found a place to sit down so I could watch people and see life unfold. The man approached me again with some classic conversation "Where are you from, what is your name" type of stuff. I played along and he told me that his name was Mostafa and that he could show me some great places so that I could get some great photos. I wasn't interested. But perhaps he could tell me where I could find a shisha (water pipe) cafe? Of course he could and we walked off. On route we met Muhammed, a distinguished looking 62 year old man. He joined us. The shisha cafe was indoor in a dark room. It wasn't possible to see in or out. 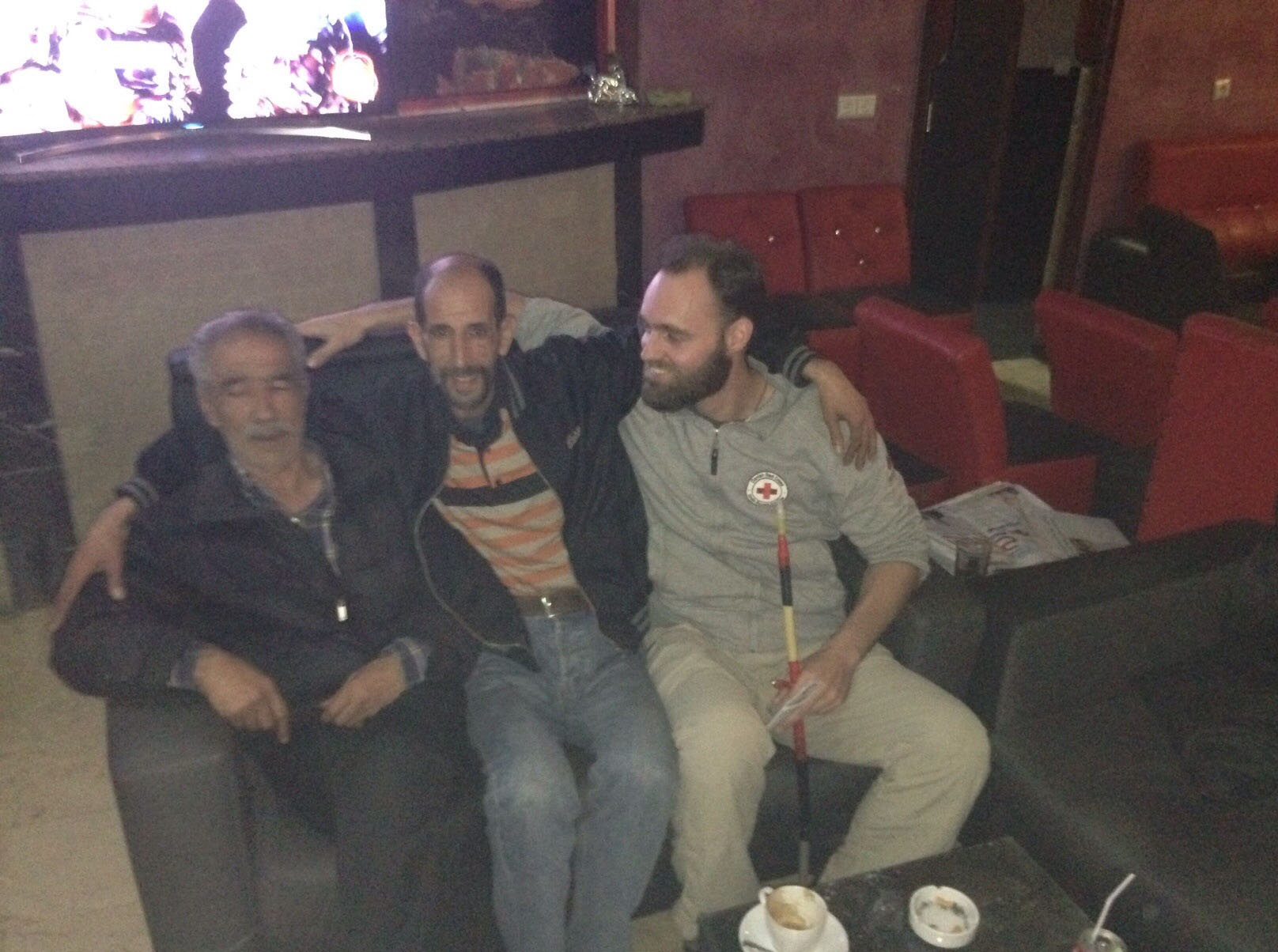 Mohammed, Mostafa and I

As it turns out shisha isn't a part of Moroccan culture and it is halfway banned. Cafes need to be licensed and they are few. A shame because I had been looking forward to it. I enjoy drinking tea and smoking shisha at a marketplace while watching life. But it was my ignorance that lead me to believe that it would be a part of Moroccan culture. It isn't. Smoking Kif (hash) is however a large part of the culture. But I'm not into that.

Mostafa, 55 years old, had a coca cola and Muhammed had a coffee. I had tea and apple flavored shisha. And during an hour of conversation I was convinced to sponsor Mustafa with 100 dirham (5 grams of hash just happen to cost 100 dirham and is the minimum amount). In return he would guide me. It would bring me over budget but it was worth it.

I got to see a great deal of the old part of Tanger which turns out to have a lot of historical areas. And quite a few scenic spots. Give it a few more years and it will be a prime location for the cruise industry. Many famous people and celebrities have found their way to Morocco over the years and the country more or less bypassed the "Arab spring" making it a prime location for tourism. The culture is heavily mixed due to many years of war with Spain and eventually years of colonization. I rather enjoy what I have seen so far. It is familiar to some extent but dressed up like something else. 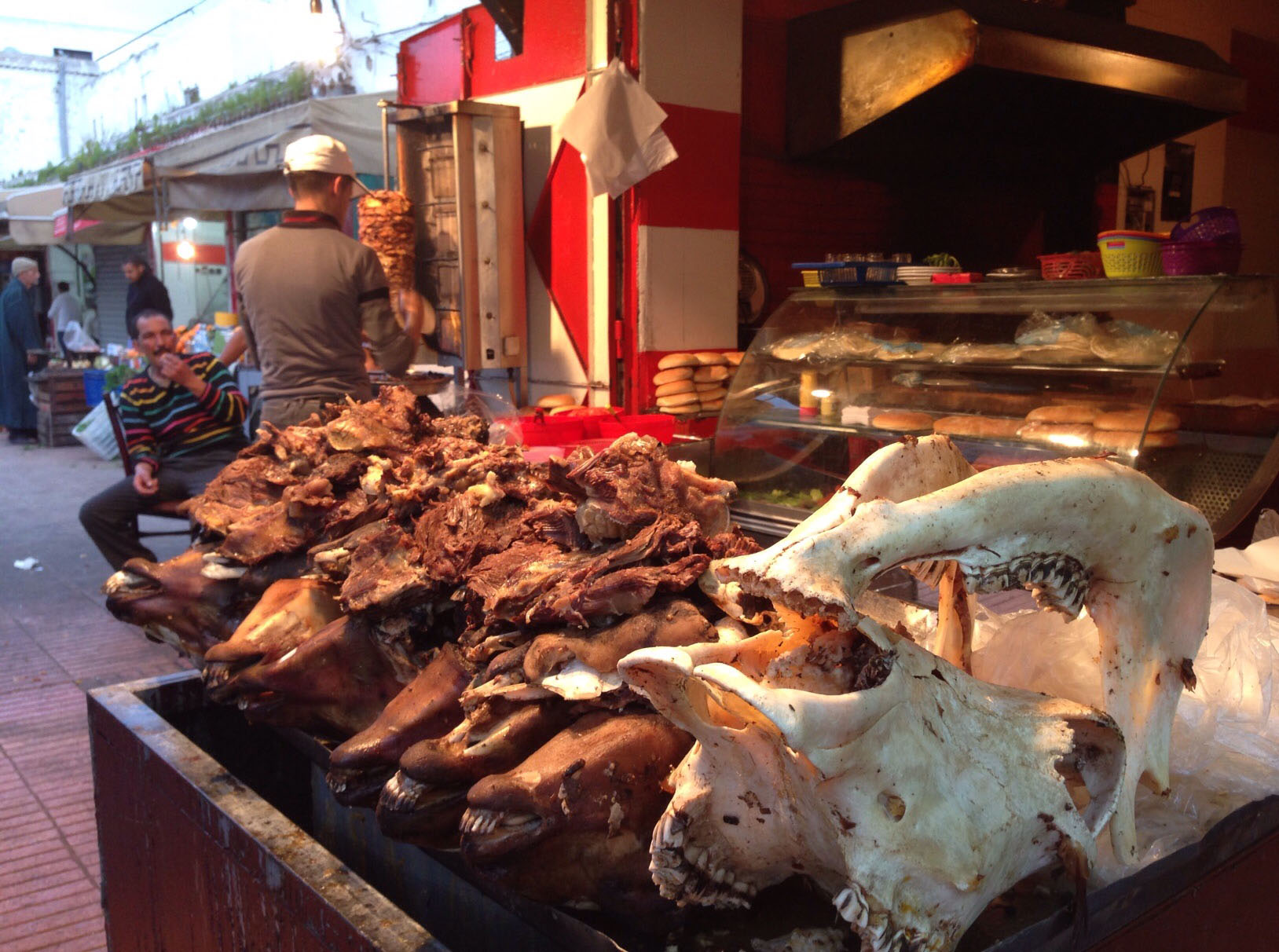 This MUST be fresh kebab ;)

People are friendly and it is a relatively inexpensive country. One of the first stops on Mostafa's route was his home so that he could have lunch. But it gave me a chance to see how he lives, meet his family and taste his daughters cooking. Mostafa has lived 50 years within the building which used to be Jewish/Spanish. A Jewish family lived on the second floor but left the country along with most other Jews around 1974-75. 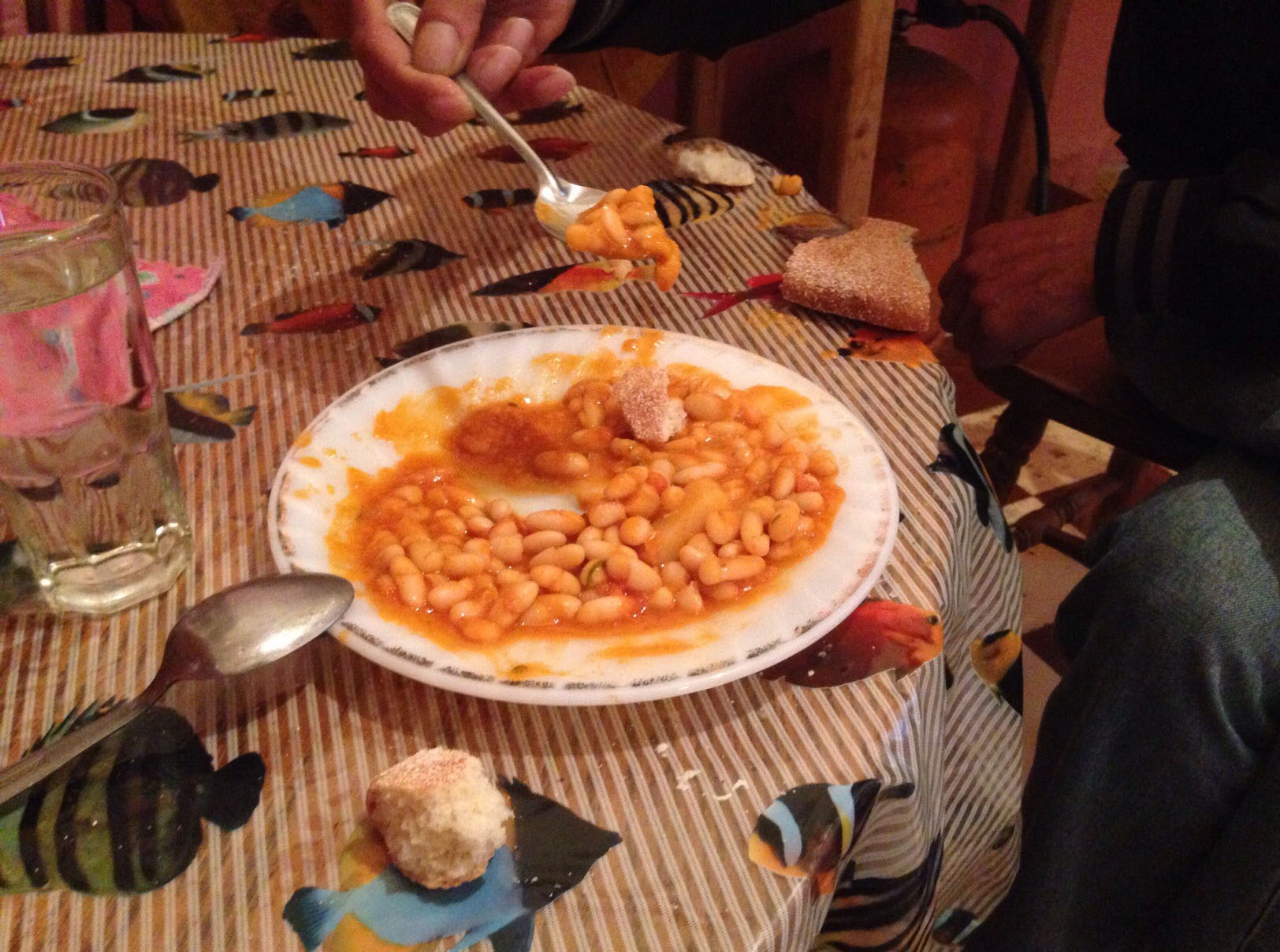 After lunch he took me to several small stops. One of them was a Berber shop with clothing and fabrics. It is runes by "The Nomades" which is an association representing the Berbers which are the original people of the land. Rachid was inside the little shop and he immediately invited me for tea. If you don't already know it then tea in the Arab world is served in small glasses and is about half tea and half sugar. 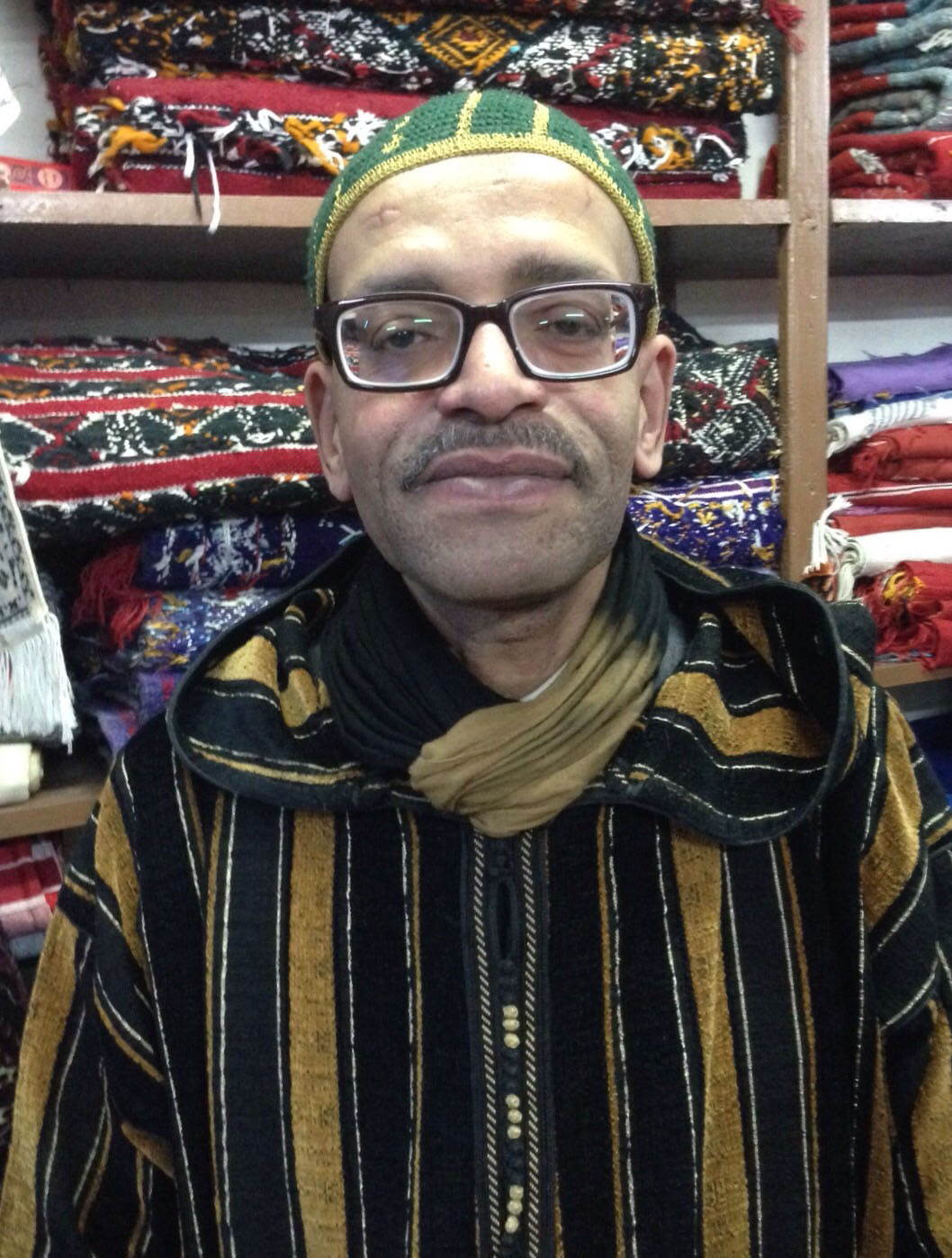 Within my first days of being in Morocco I managed to engage in conversation about both religion and politics. Topics which I otherwise try to avoid. After debating both with Rachid I asked him what he would like to say if he could speak to people of a hundred different nationalities? He responded: "I would ask people to do the best for humanity". He asked me to guess his age and I guessed 53. He smiled and showed me his drivers license: He would be 53 in 1 month and 1 day.

Mostafa and I were supposed to meet Mohammed at a cafe later on. But he wasn't there. Apparently Mohammed was heavily involved in transporting hash to other countries back in the 70s and 80s. 10 kg per trip by using a suitcase with a double bottom. But those are all rumors. I know nothing.

The next day I bordered a bus to Rabat.

You can see a lot of Morocco just from observing the land through the window of a bus. There is mostly farmland to be seen between Tanger and Rabat. I could not recognize everything, but the small olive trees were immediately familiar to me. Some farmers worked their fields with a modern tractor. Another man turned his soil with a horse and a plow. Surreal to see as a modern car immediately passed between the bus and the farmer.
A group of workers crouched across a field with their backs bent to the ground. On their back a frame/basket rested while they picked something from the field and threw it up on their backs with great routine. Perhaps tea?
It's a beautiful landscape. Green and seemingly endless across the north coast until it hits the horizon.
A field with a mix of cows and horses graise peacefully in harmony with each other and seconds later I'm looking at a floc of sheep.
All of that while I listen to a country version of a man singing: "I've got 99 problems but a bitch ain't one". Then I fell asleep... 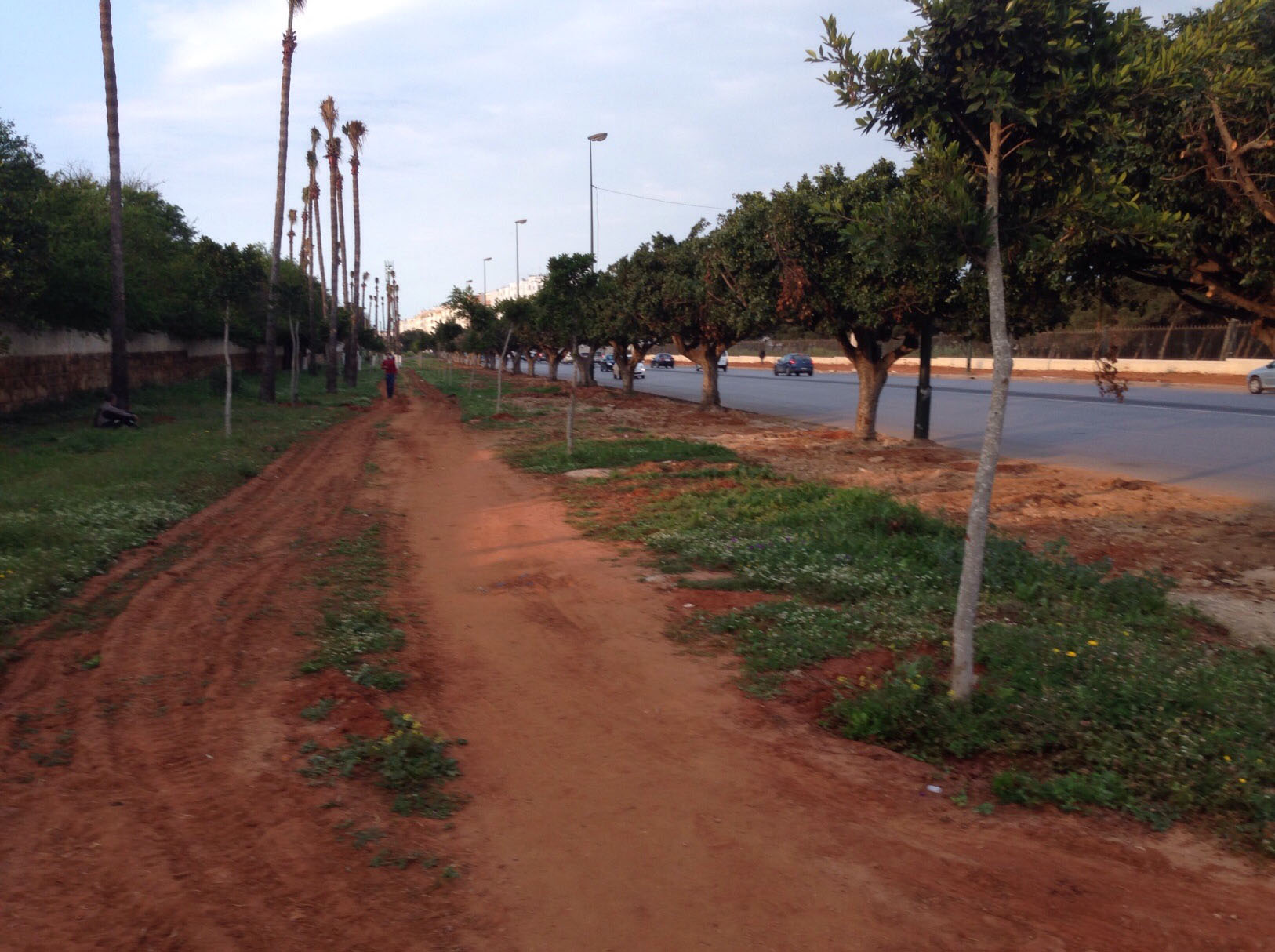 When I woke up then I was in Rabat which is the capital of Morocco. The hostel I had found online was 5 km towards the city centre. And set on saving money I chose to walk. And that was a long walk. But it is also a good way to see where you are.
Rabat is quite spectacular. As the big city it is, it changes from clean, modern and quiet - to not so clean, less modern and loud - and back again depending on where you go. 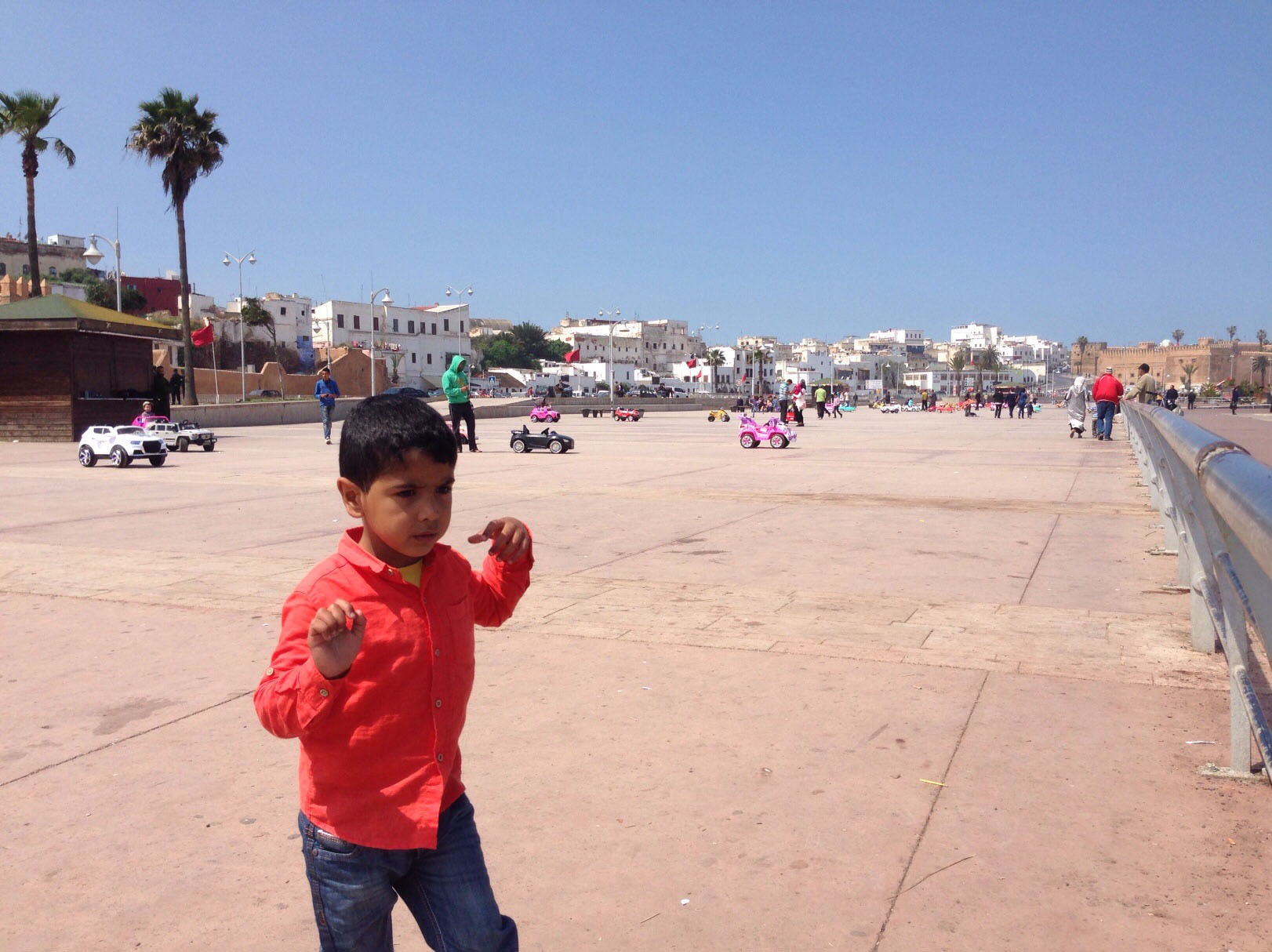 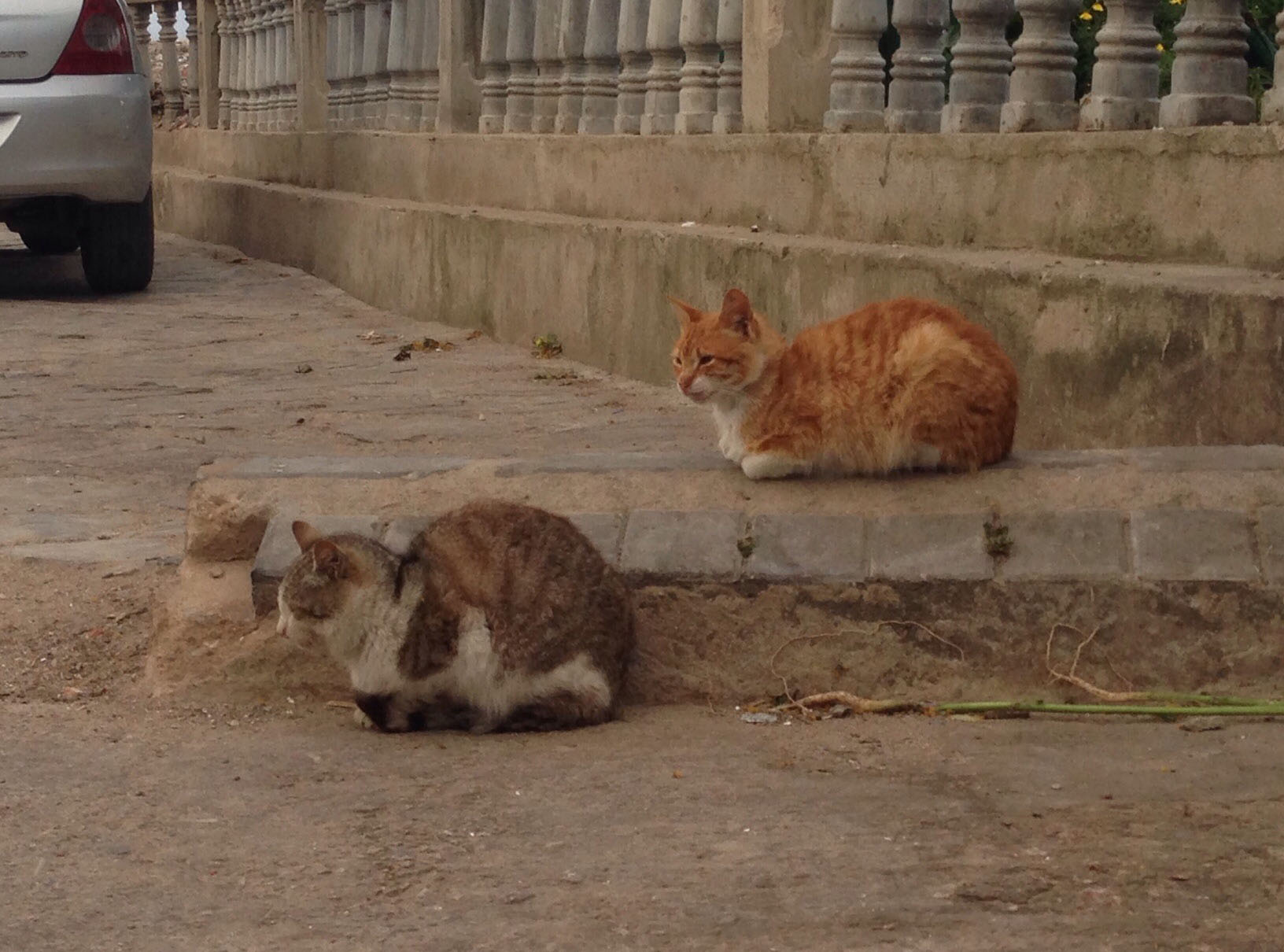 There are cats everywhere? Why are there no dogs?
The old parts of town scream arabic culture but the city is very western. And here I will apply for my next visa. I think Algeria will need to wait until I reach Tunisia (which is scheduled to be the last African country). The borders between Morocco and Tunisia have been closed since 1994 and even if I found a way across I would be alone without anyone else crossing the border so all in all it will be much easier from Tunisia. That means that I will apply for a visa for Mauritania instead.