Cape Verde - now how do I get away?

View Comments
Do you remember where you where born? Does it matter?

I have arrived to Africa’s most western country which is the Archipelago of Cape Verde. A unique and precious place on our planet with a very small population and a relatively short but interesting history. I arrived on a small sailboat from Senegal. The captain will continue across the Atlantic so I’m currently on the hunt for a vessel that will carry me back to mainland Africa: A boat to Senegal, The Gambia or Guinea Bissau will do just fine. Or shall I strap 2 turtles to my feet and ride them across? :) 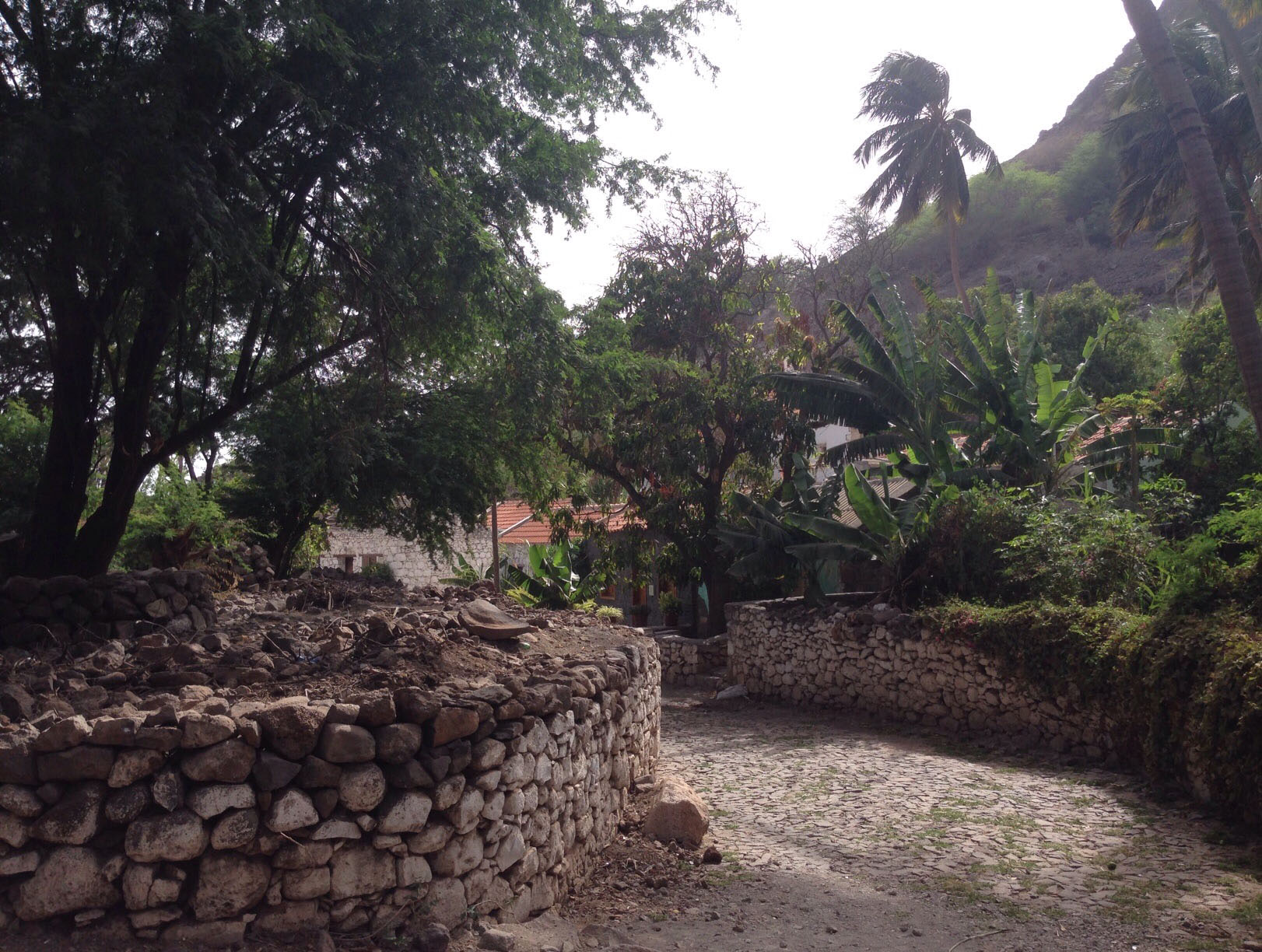 9 of the 10 main islands of Cape Verde are inhabited. And I have been told several times that it is like visiting 9 different planets. But I am contained to the island of Santiago. It is the largest island in the Archipelago and most of my time is spent in the capital which is Praia. As you may recall from last week I arrived (in style) on a small sailboat together with captain Alex from France. Once we arrived to Cape Verde he needed to take care of a few repairs before continuing across the Atlantic. So since he was staying for a few days he suggested that I might as well stay on the boat for a few days. 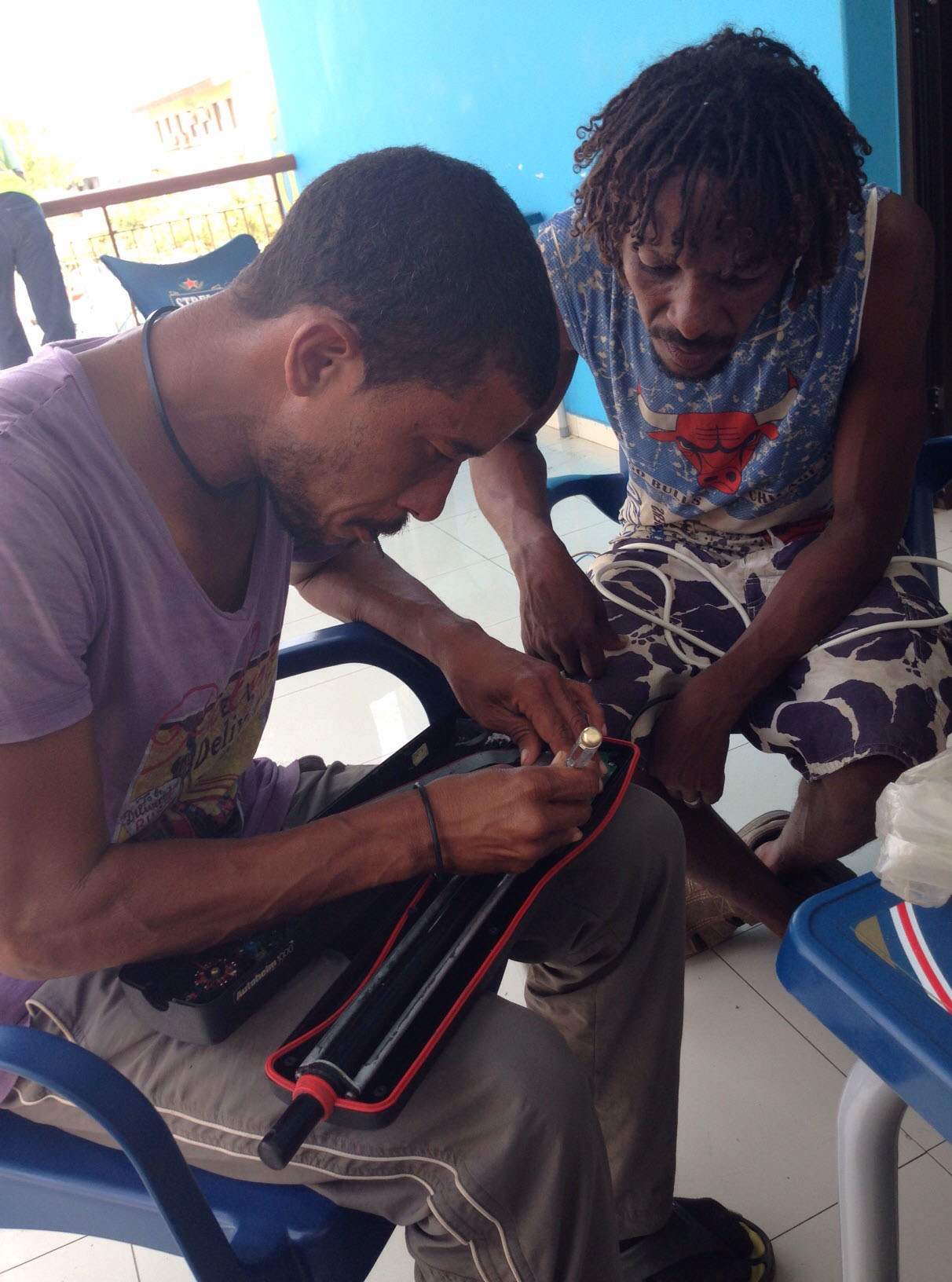 The autopilot needed repair. And there is always a local who can help you.

Alex is a great guy. He is 26 years old and carries a confidence within him which is born out of logic and not out of pride. If he believes he can do something then he will try. And he believes that he can navigate his sailboat across the Atlantic on a 4-5 week solo trip! That is a very long time to be alone. To be without trees. To be without the voice of a conversation. God speed Alex! 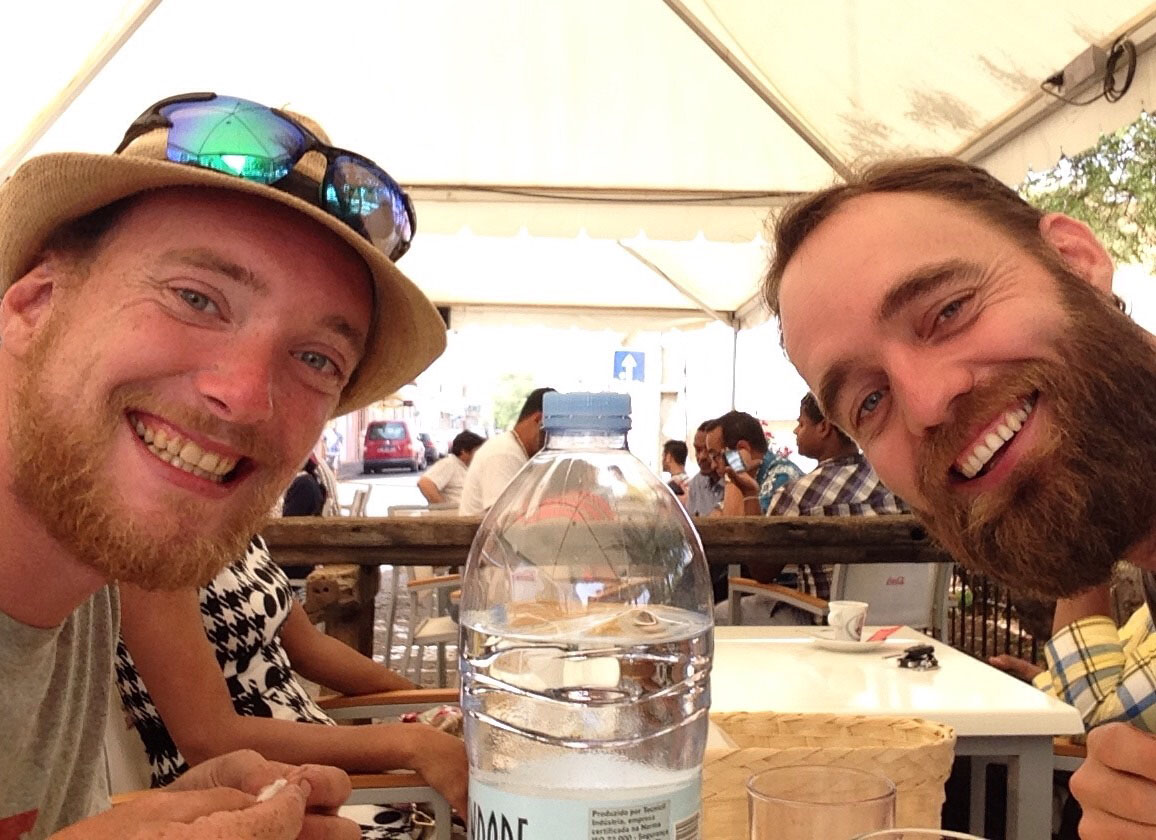 Alex came up with the idea of combining humanitarian work with personal adventure. And he named that idea Humanimer: http://humanimer.fr He already navigated his sailboat from France to Senegal where he did humanitarian work while living at a school. Now he is aiming his boat towards Martinique in the Caribbean before continuing up to Haiti for his next engagement. 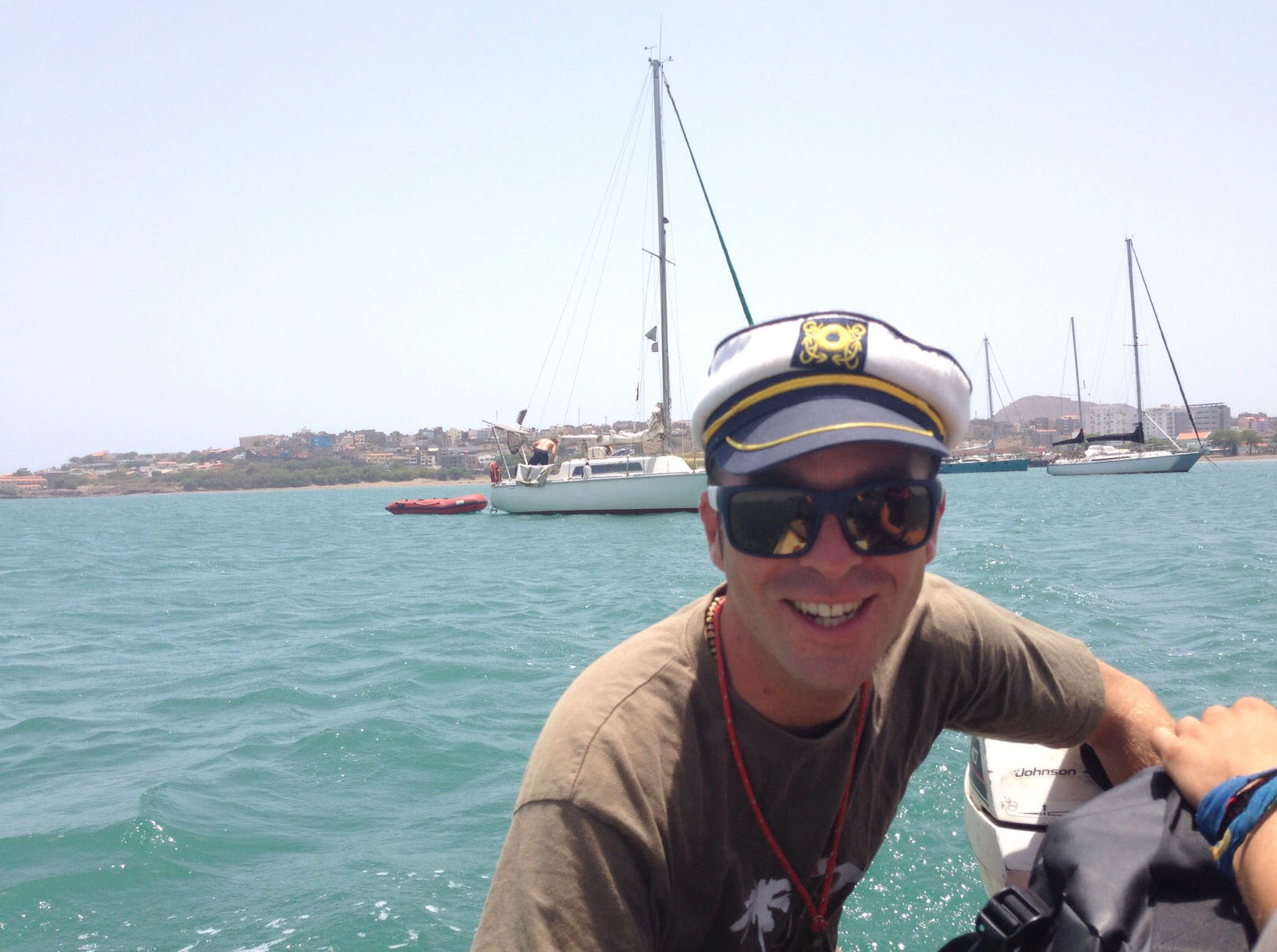 Michael, another friendly Frenchman, boating me away from Alex' sailboat.

A few days before Alex was scheduled to leave Cape Verde I disembarked and checked into a local guesthouse. And then I had my first shower in 18 days. I mean a shower which wasn't from swimming in the sea and rinsing off the salt or splashing myself with water from a bucket. Priceless! 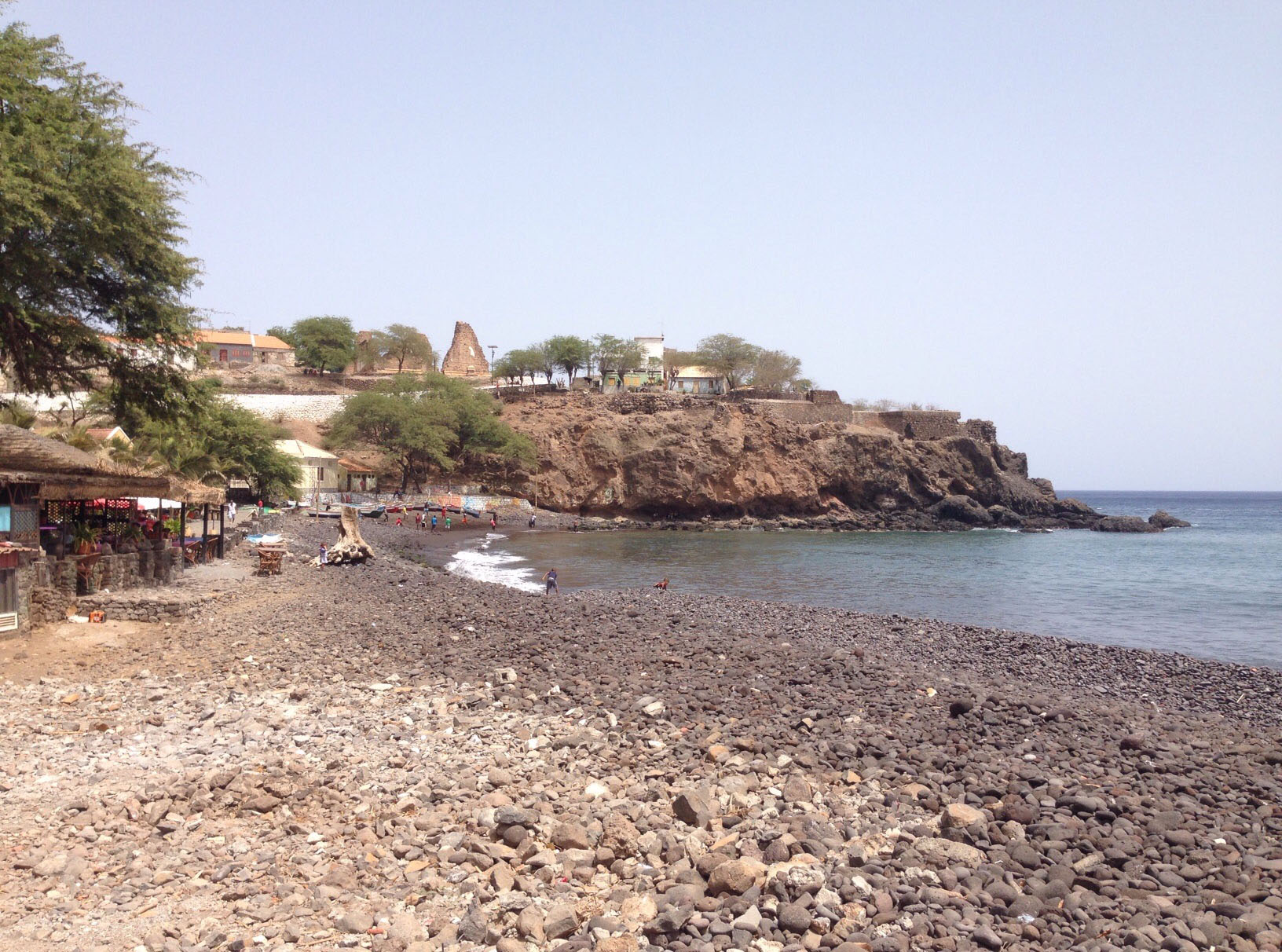 What I have seen of Cape Verde is nothing less than worth a visit. I find it hard to believe that these islands were uninhabited until the Portuguese discovered them about 500 years ago. But then I remember that there were fewer than 1 billion people on the planet back then. And then it makes more sense. Cape Verde is really far into the Atlantic and far away from mainland Africa. So people wouldn't necessarily have discovered these islands early. Then again, Hawaii and the Easter Islands were discovered by people in canoes... 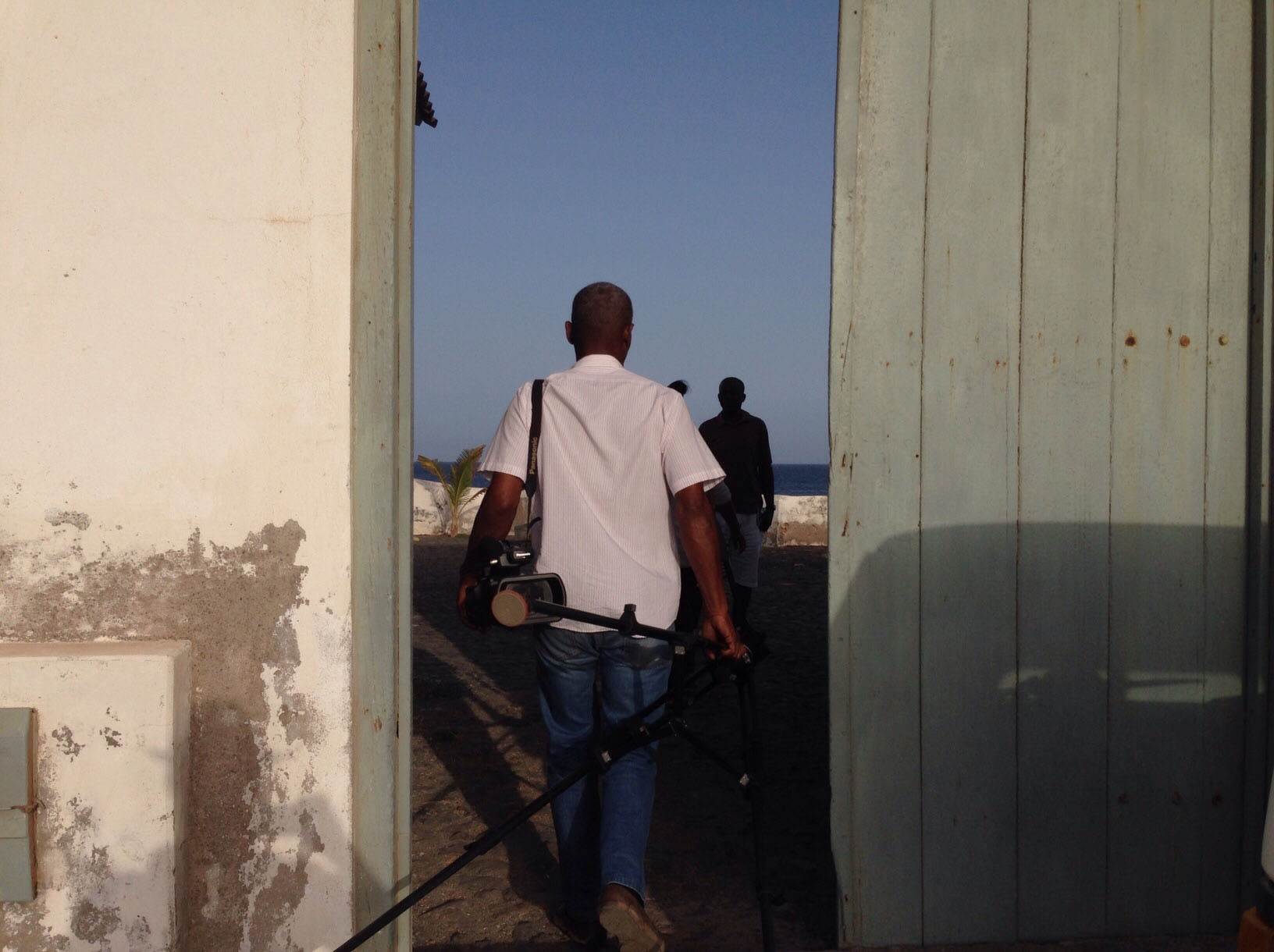 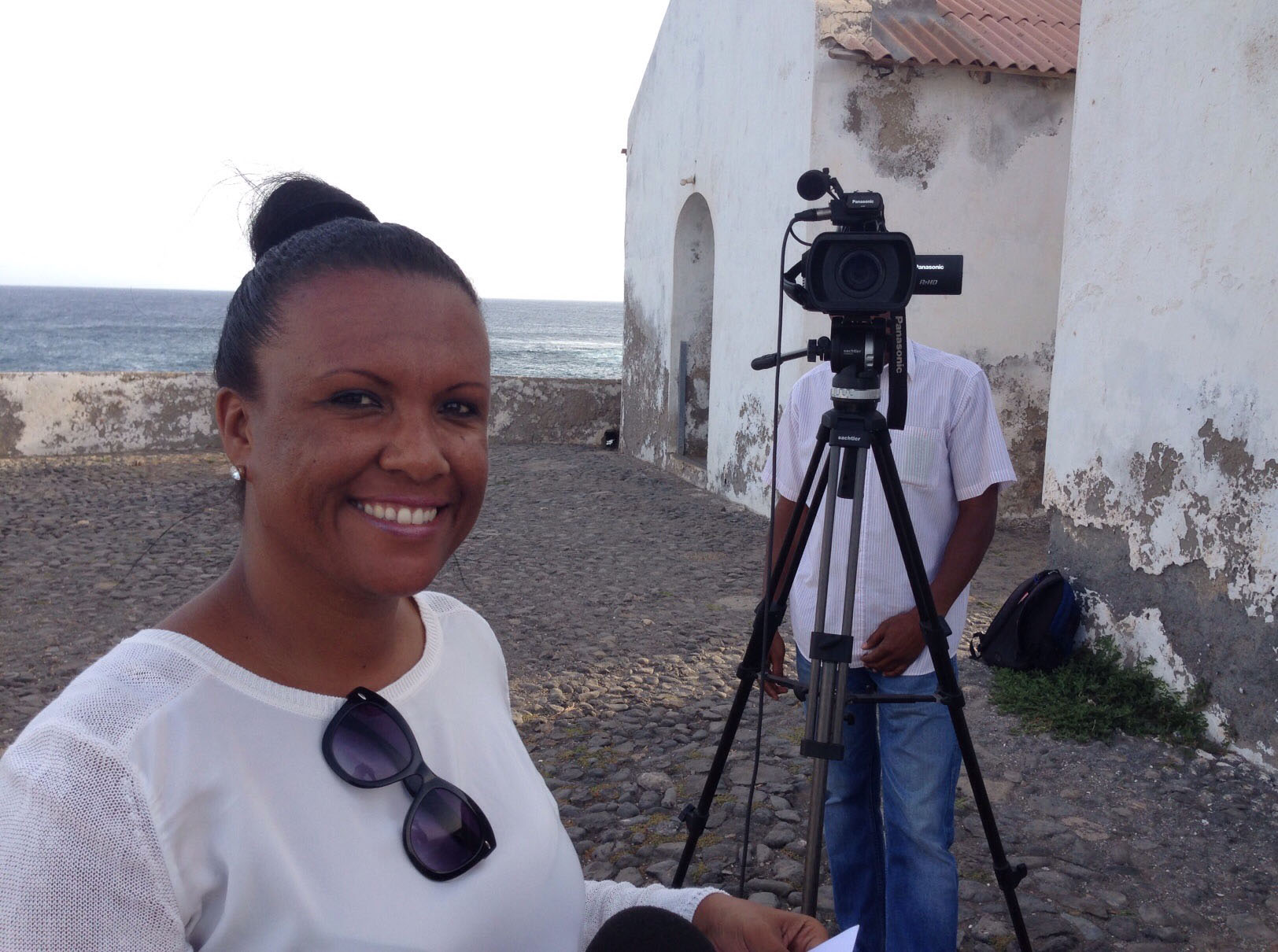 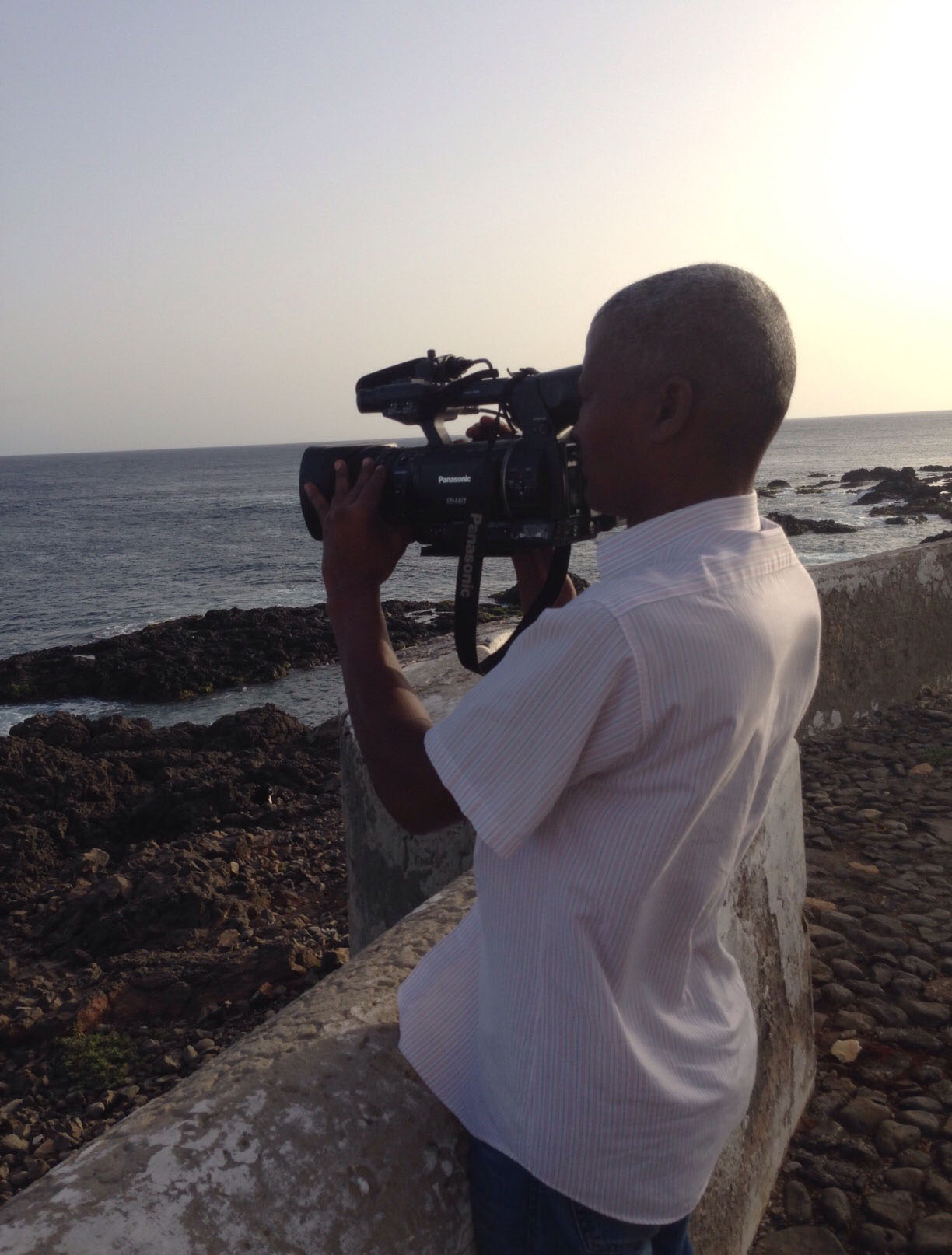 The kind and beautiful Margarida Fontes and her camera crew asked me a few questions.

Anyway, these were exiting times for Europe. Europeans had recently discovered that the Americas existed and that the new world was rich on resources. But the local population, which was quickly turned into slaves, did not suffice so more slaves were needed. These reinforcements would come from the African continent. The Portuguese created Cape Verde as a logistical hub for everything shipped out of West Africa and across the Atlantic. And for many years Portugal had exclusive rights. Using Cape Verde as a hub was a brilliant business strategy and a great humanitarian tragedy. But it was nonetheless the beginning of Cape Verde as we know it today. 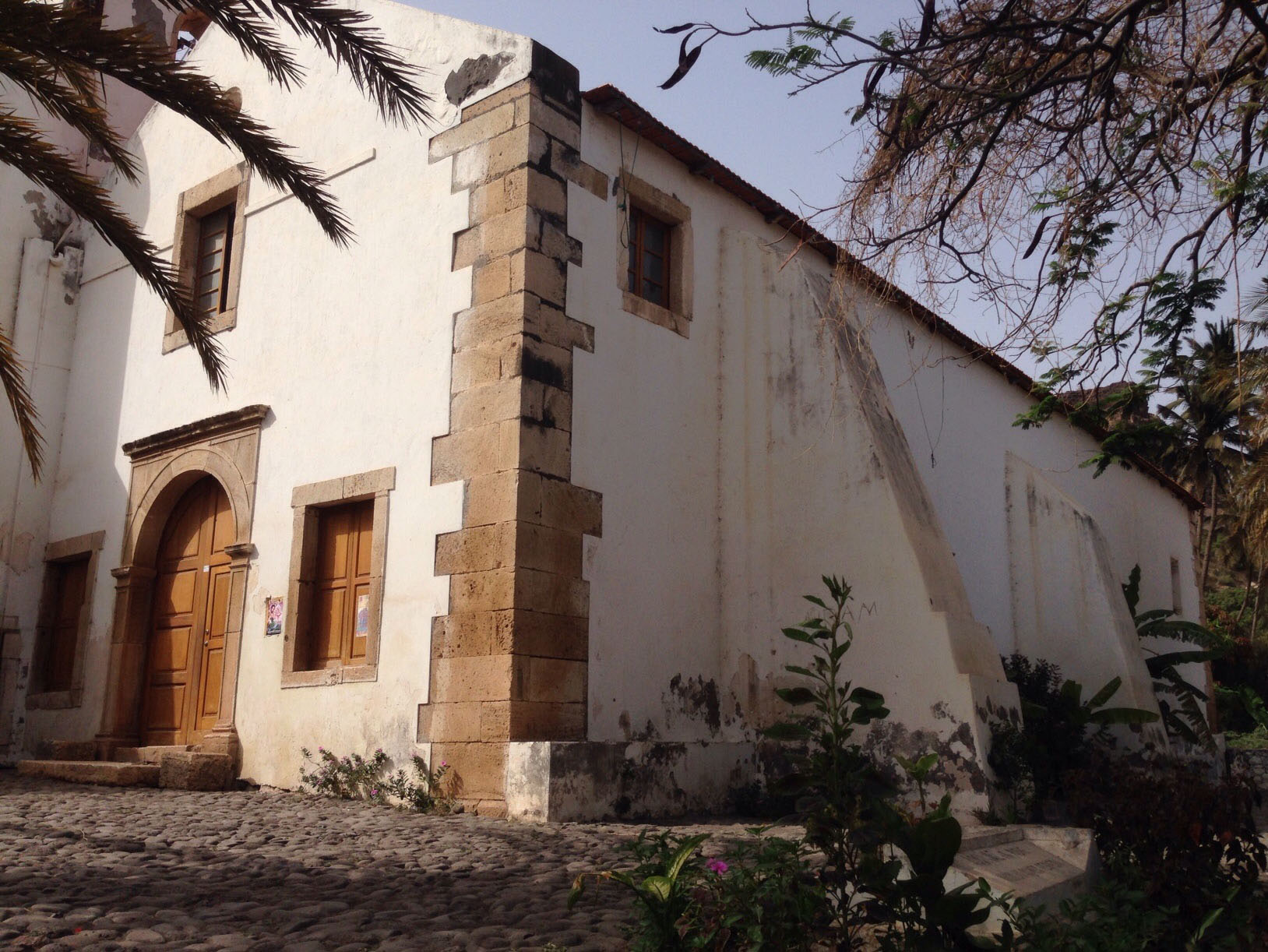 Cidade Velha was the first European settlement in Sub-Saharan Africa. Nossa Senhora do Rosário (Our Lady of the Rosery) church still stands today and is now the oldest building. And it is still used for Sunday mass. Not really impressive in terms of Danish churches which were built long before that...but however impressive in terms of being as old as the history of Cape Verde. Famed explores as Vasco da Gama and Christopher Columbus have both visited this church - and so have I (although I arrived in a minibus). 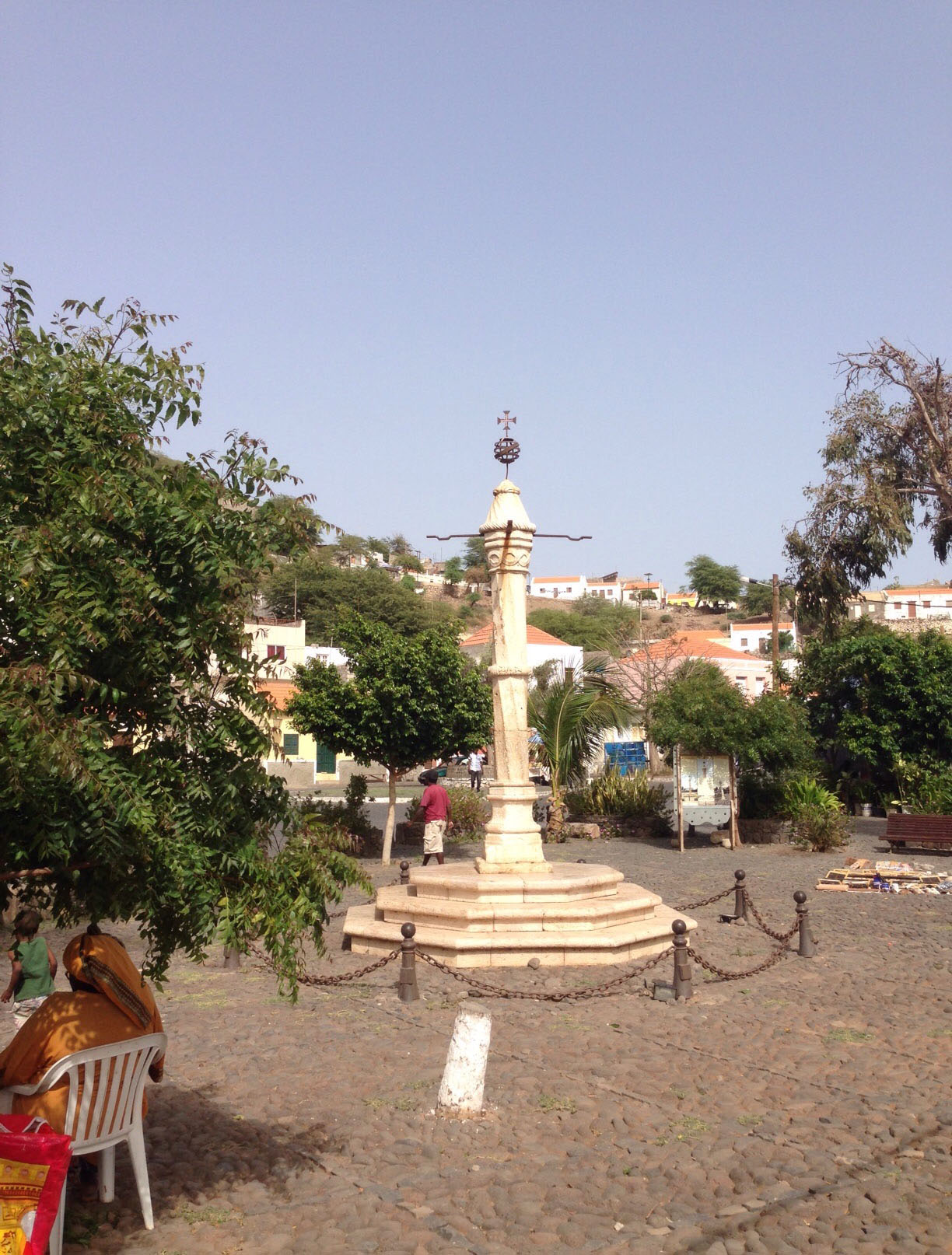 The dark history of the slave trade is told on signs and by guides in Cidade Velha. But in reality that was long ago. Today Cidade Velha sits as a charming village at the coast and serves great food at low costs. The old buildings are not terrifying but picturesque and the history of the place simply makes it more interesting to visit than a regular beach. 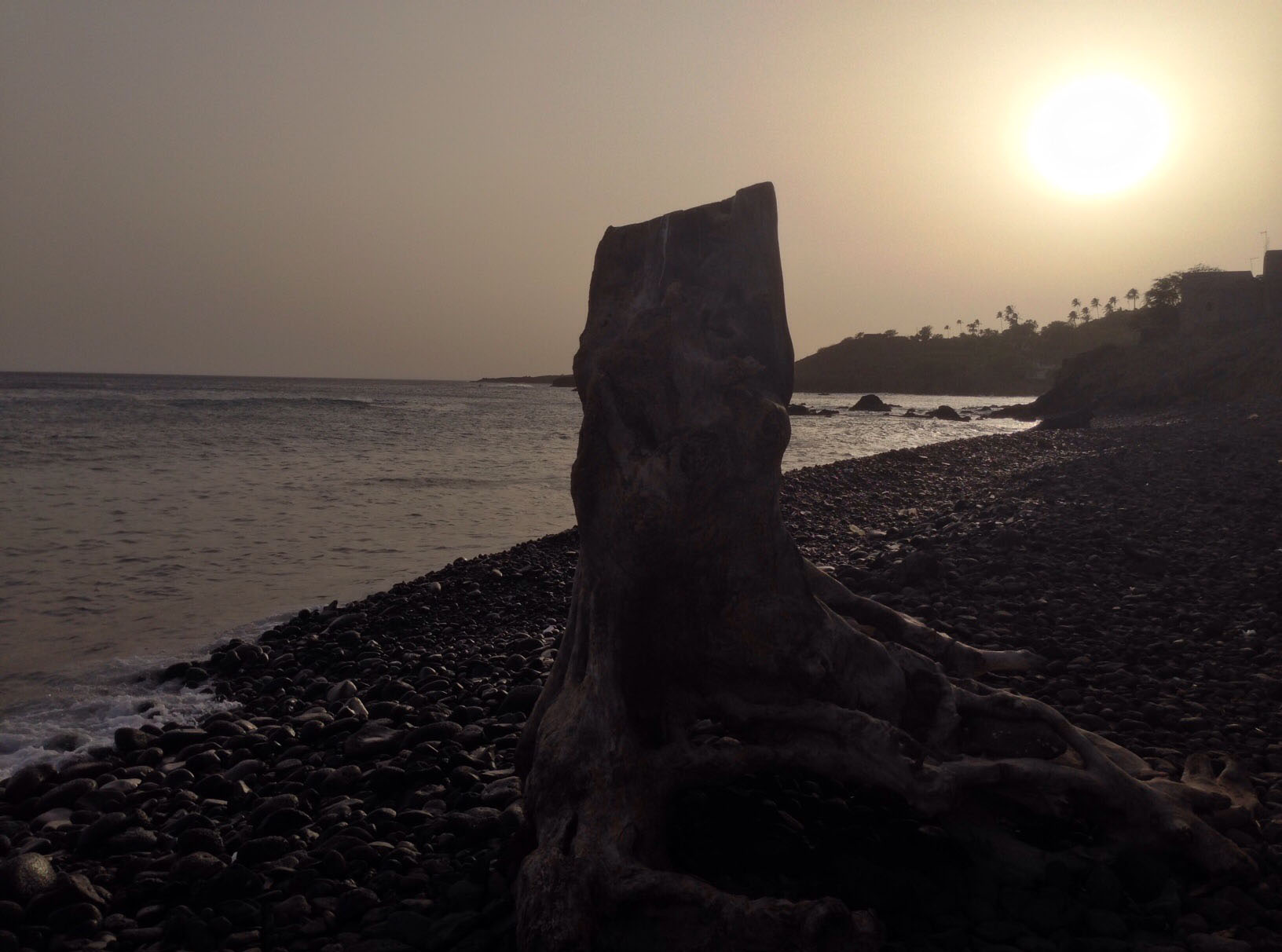 A few of Cape Verdes other islands are far more touristic. And perhaps better suited for people who simply want the heat, the beaches and the good food. Because Cape Verde is not a financially rich country. It is a country that possesses great wealth in terms of kindness, spectacular scenery, fertile lands, amazingly well prepared tuna fish, music, the love of football and much more. But it is a land that stretches from the very rich to the very poor and you will see both as you walk the streets. 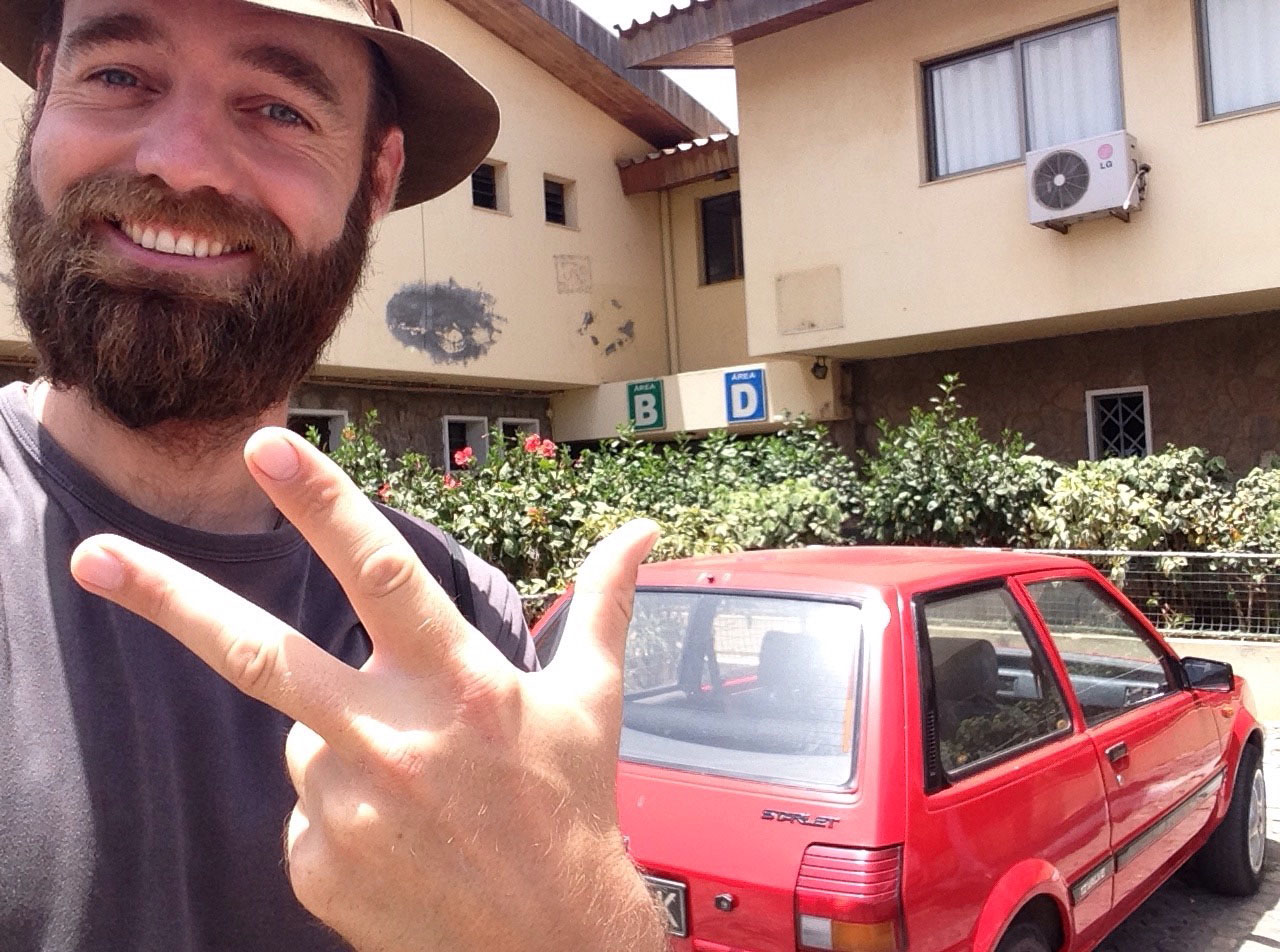 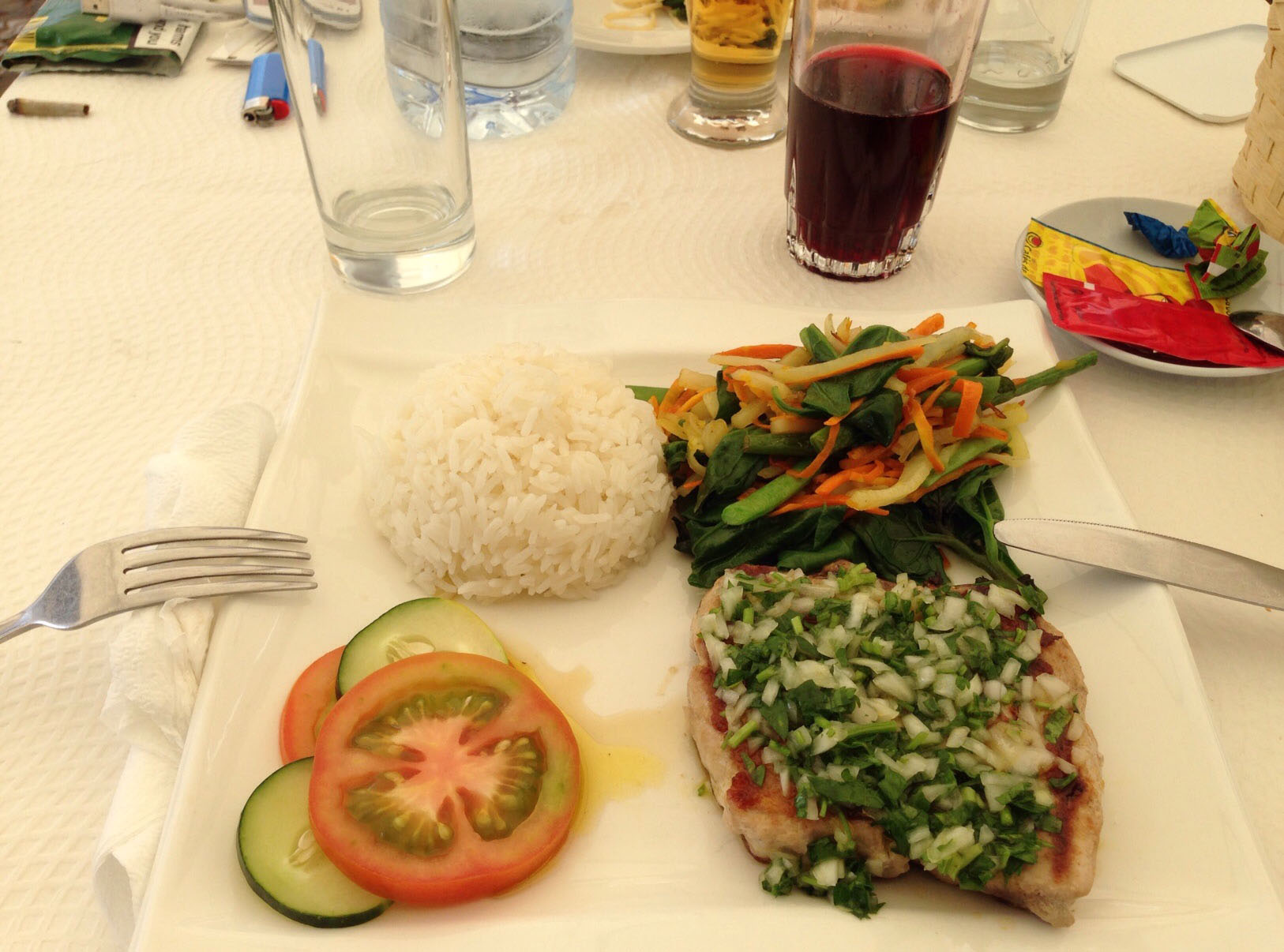 My first and only car was a Toyota Starlet. Here they are everywhere! :) 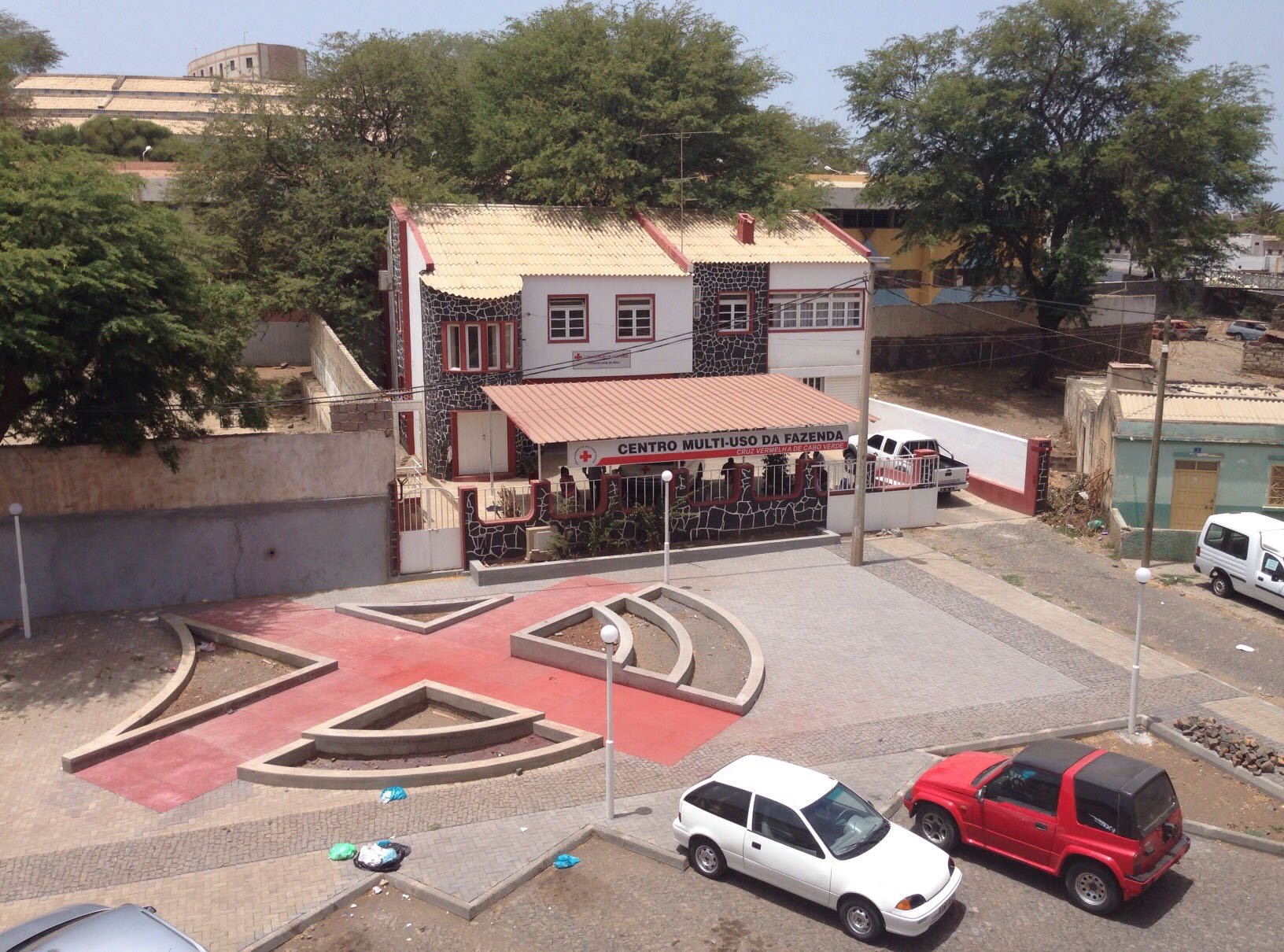 The Red Cross is deeply rooted within Cape Verdean culture and history. It is to be found everywhere and on many levels. It starts when you are a child with multiple kindergartens. It continues throughout your life with football and it closes the circle with retirement care and treatment of diabetes. I would never have known if I hadn't come here. 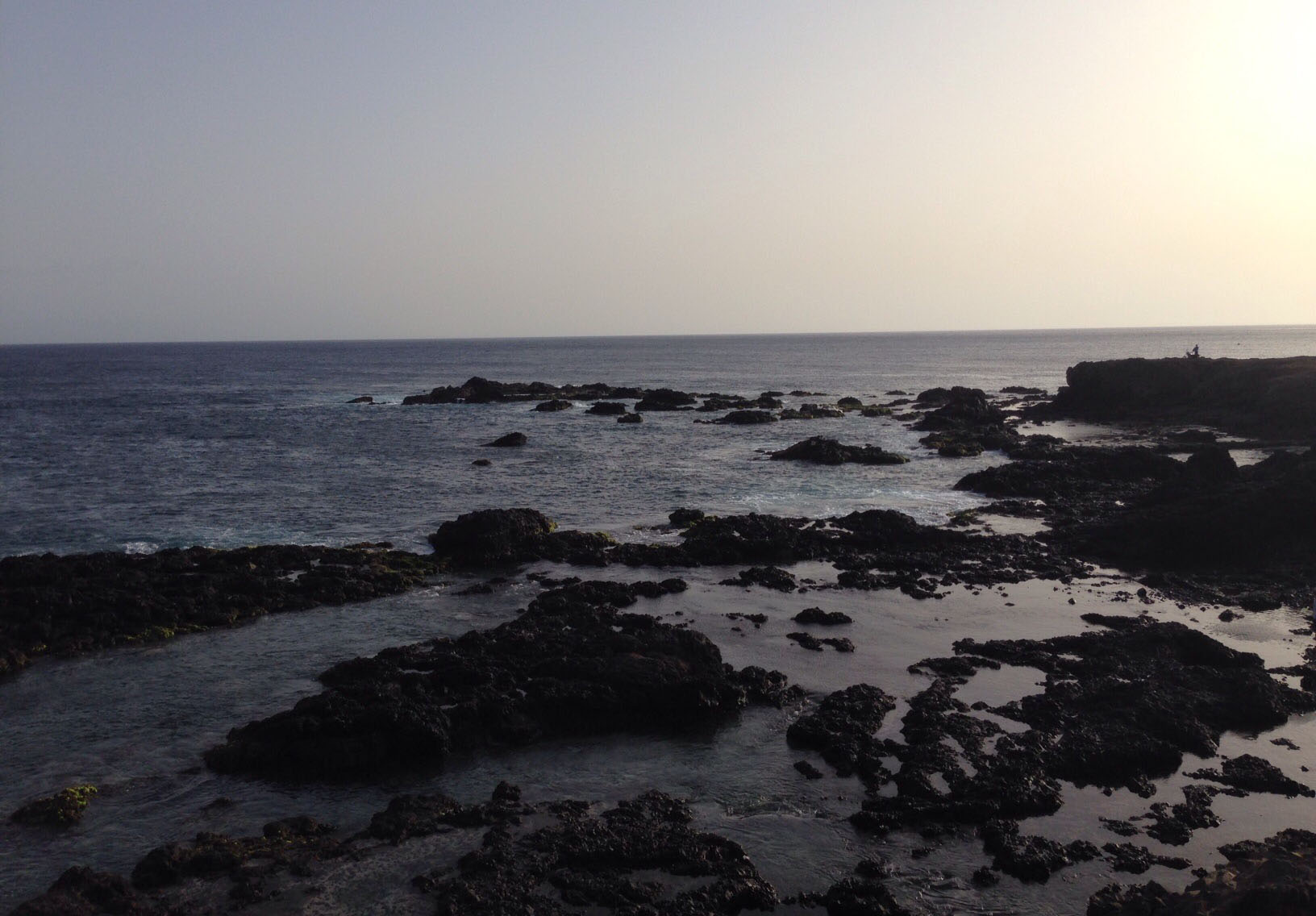 That goes for a lot of things and a lot of places. I simply wouldn't have known a lot of things. Because as sure as Denmark is "the capital of Sweden somewhere in the United States"...small countries like Cape Verde, and many other, simply do not get picked up on the radar. Most of us "know" the big ones like USA, China, France, Mexico, Italy, Spain, England, Egypt etc...but what about all the remaining pearls of our planet? Cape Verde, for one, is certainly worth your time. 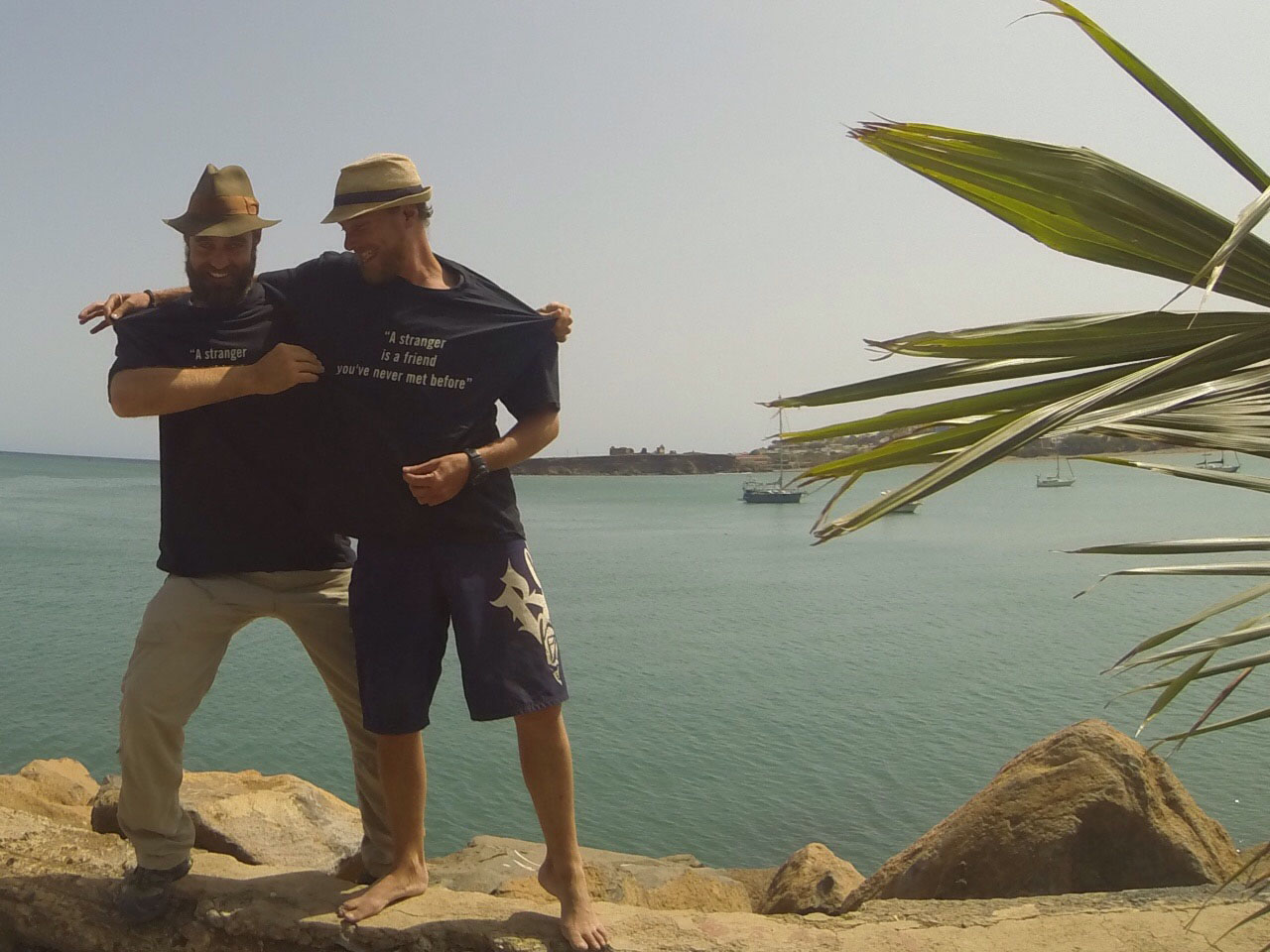 Now how the heck do I get away from here? :)

Once Upon A Saga - every country in the world without flying.