View Comments
Sometimes thinking less, is simply not as much fun ;)

I have often been told that I think too much. And when people say so then they probably mean that I think too much about the "wrong" things. Because if my mind was constantly occupied with what others would hope...then they wouldn't tell my that I think too much. Or would they? :)
Back home I like thinking about the people I sit next to in the metro or the people I stand in line with when I'm in the supermarket buying groceries. Will my life cross paths with these people some day? Will they save my life or become a good friend? Will I meet them at a party or have I already met them without knowing? 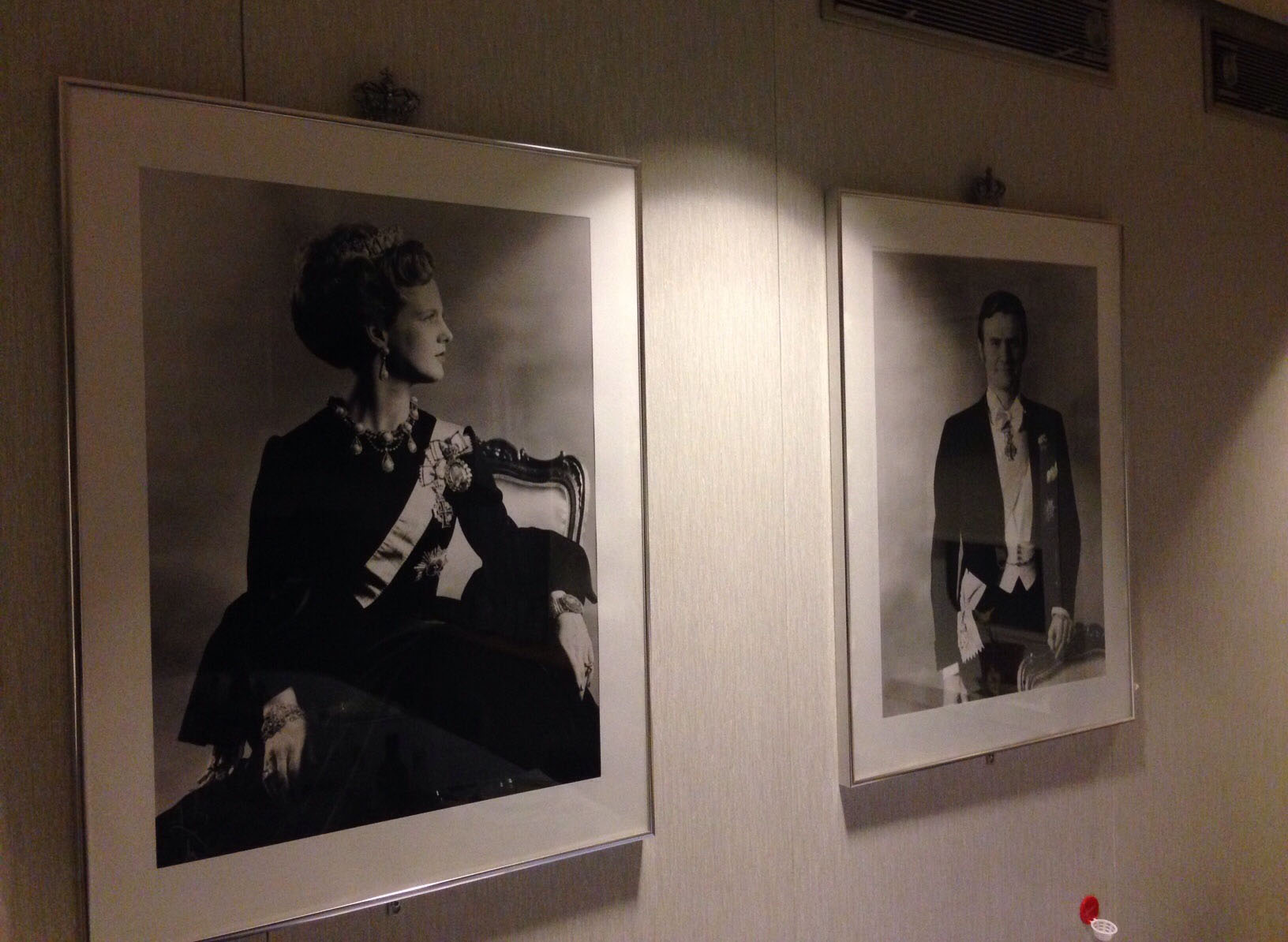 The Queen of Denmark and the Prince Consort of Denmark are always present in the officers mess
I was born in 1978 in the heart of Denmark. And when I was 14 years old the nearly 177 meter long containership, "Clara Mærsk", stood ready for duty in its powder blue paint...in the very same city where I was born. So we were both born in the heart of Denmark. But it would take another 22 years before we would meet. And we would meet as far away as Cape Verde. And what happened next? She wrapped her arms around me and carried me safely across the deep blue ocean...
And so began a great adventure accompanied by the mighty viking worrier a.k.a. Captain Bengt-Rune Inberg and his trustworthy crew :) 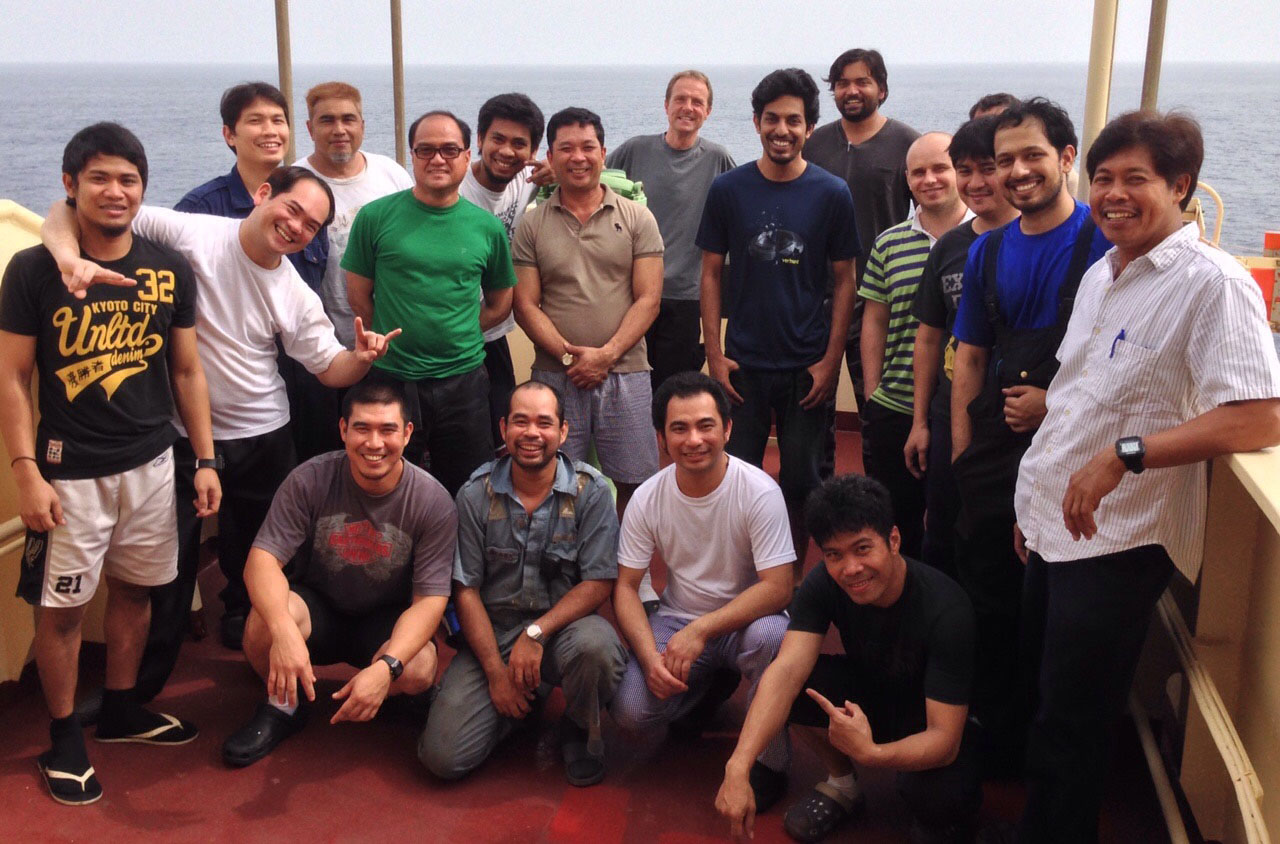 There is very pleasant familiarity for me when stepping onboard these large working ships. It's like a sort of holiday for me where everything runs smooth. Food is served 3 times a day, the showers are hot, the bed is soft, the view is good and the conversations are always interesting. It's always in the back of my mind that I'm the only person onboard who doesn't belong. And that's a simple fact. Everyone else is paid to be there and fulfills an import task onboard the ship. The engine must run, who's navigating?, food is on the table, how come the floors are always so clean? Yes, everyone performs a function and it can easily become work, eat, sleep. 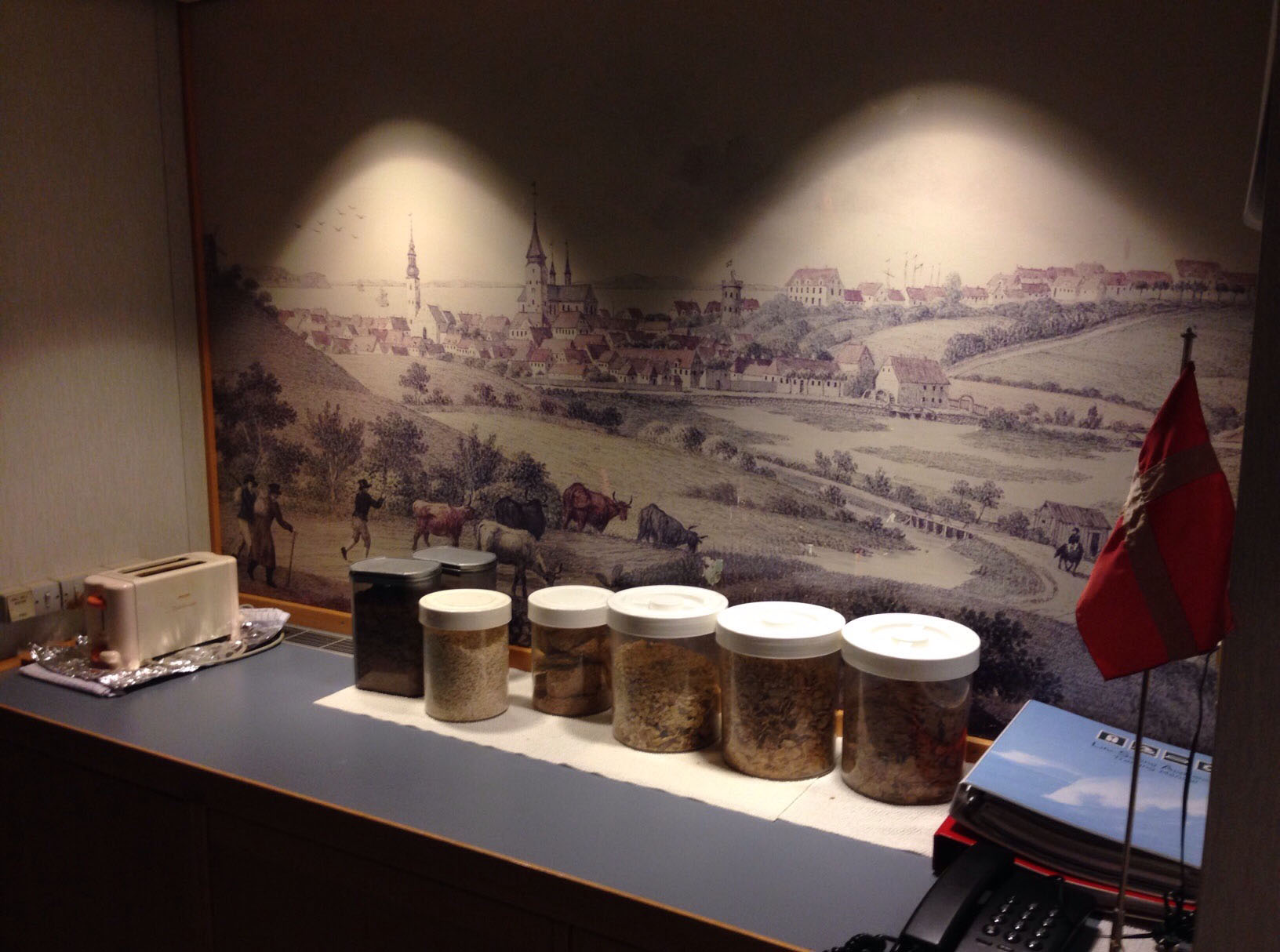 The wall in the mess was decorated with what Aarhus could have looked like many years ago.
The "Clara Mærsk" has wifi onboard through a satellite connection. Sometimes the connection speed is okay and other times you are living in the 90ties. But it's there. And some say that this stole the last piece of social life from onboard these ships. No more card games, no more movie nights, no more quiet conversations...nope...now you can connect to your family and friends whenever you want. 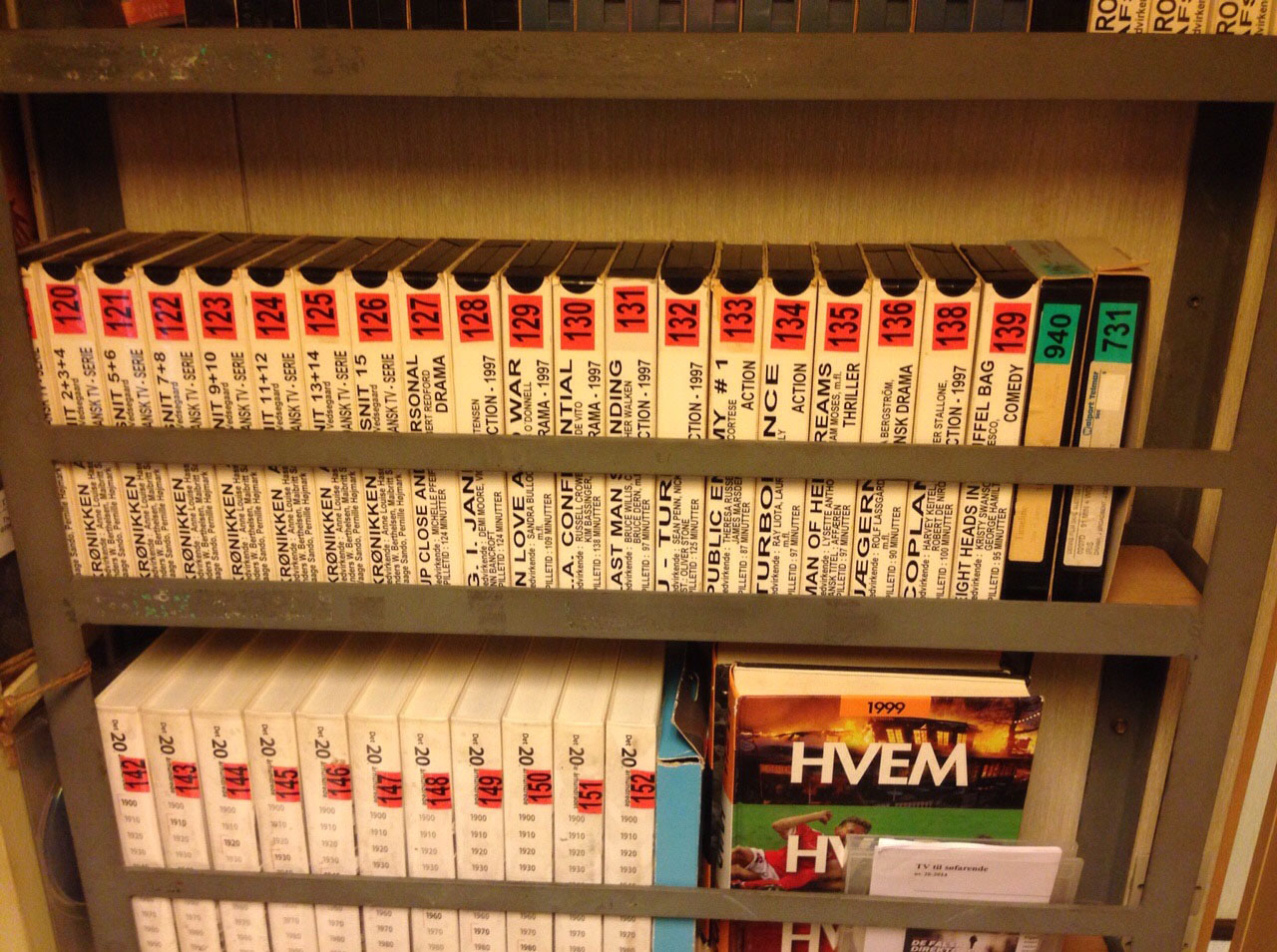 No, I was watching DVDs. But I couldn't help smiling when I saw these.
I wasn't shy of watching a few movies. And sometimes I had company in the crews day room where it took place. In fact among the many movies I watched I can list these: Birdman, Lincoln, Now you see me, Hectors search for happiness, Safe house, Salmon fishing in the Yemen, Armadillo, Night at the museum 2, Night at the museum 3, Into the wild, Departed, The edge of tomorrow, The last King of Scotland...and the list goes on... 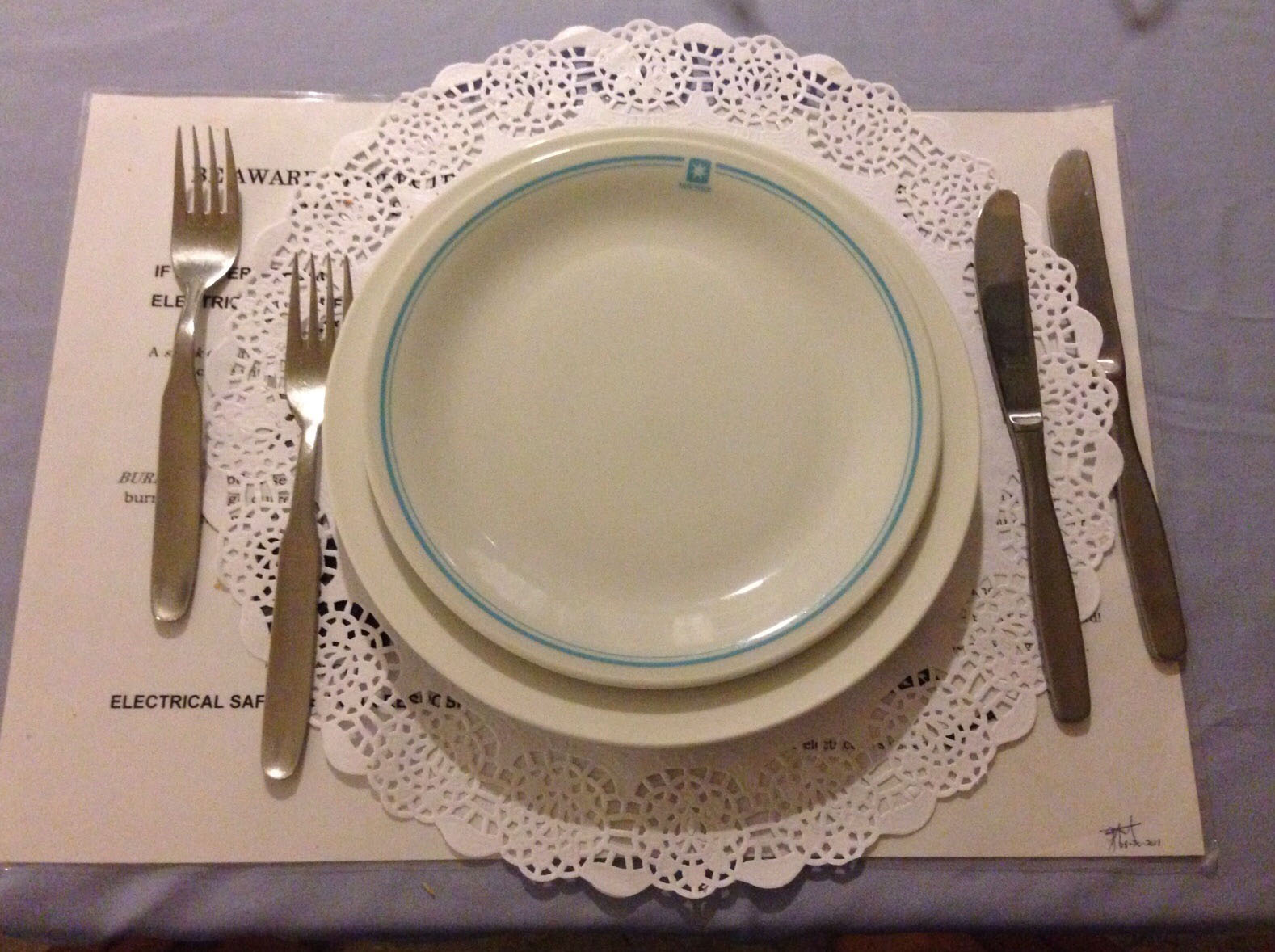 Breakfast is served at 08:00am. Lunch is served at midday. Dinner is served at 5:30pm. So on some days I squeezed in a movie after breakfast, another one after lunch and 2 after dinner. Yup...I would say that I caught up :) 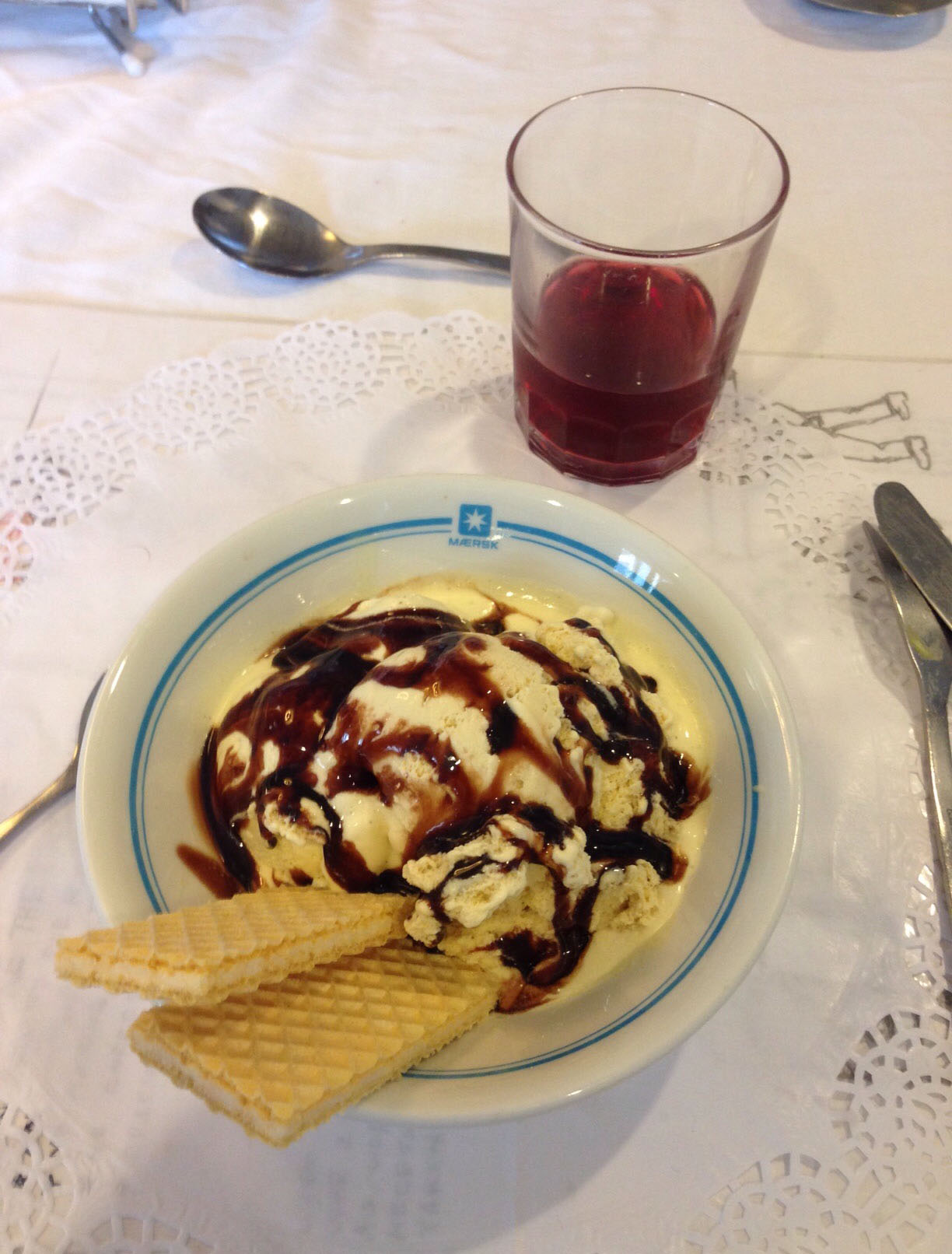 And the meals onboard were heaven! You have steak, potatoes, hamburgers, pita, soup, great gravy, a huge salad bar, fish, dessert and much much more. It all depends on the day. On Sunday's you can have bacon and eggs :) 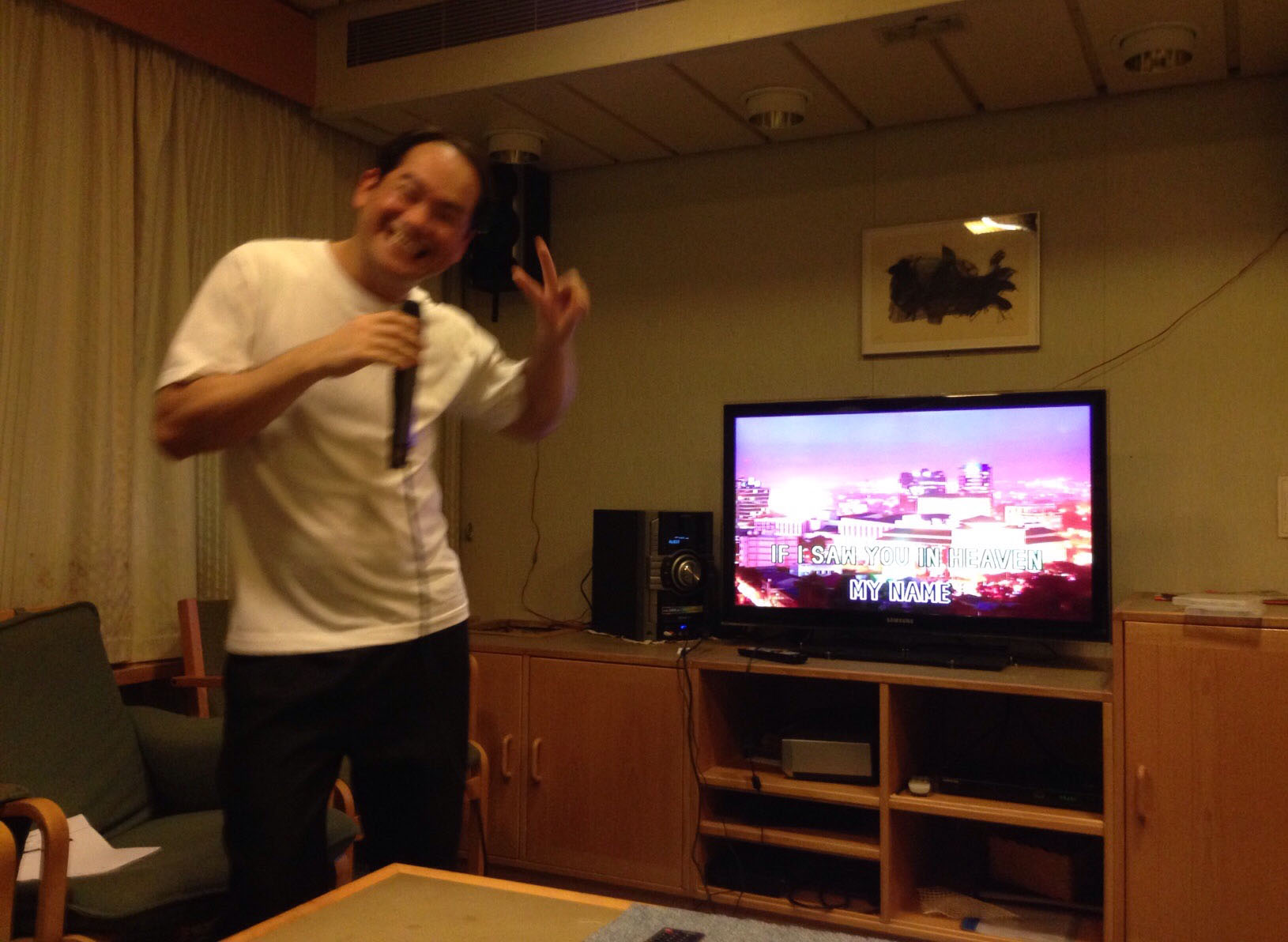 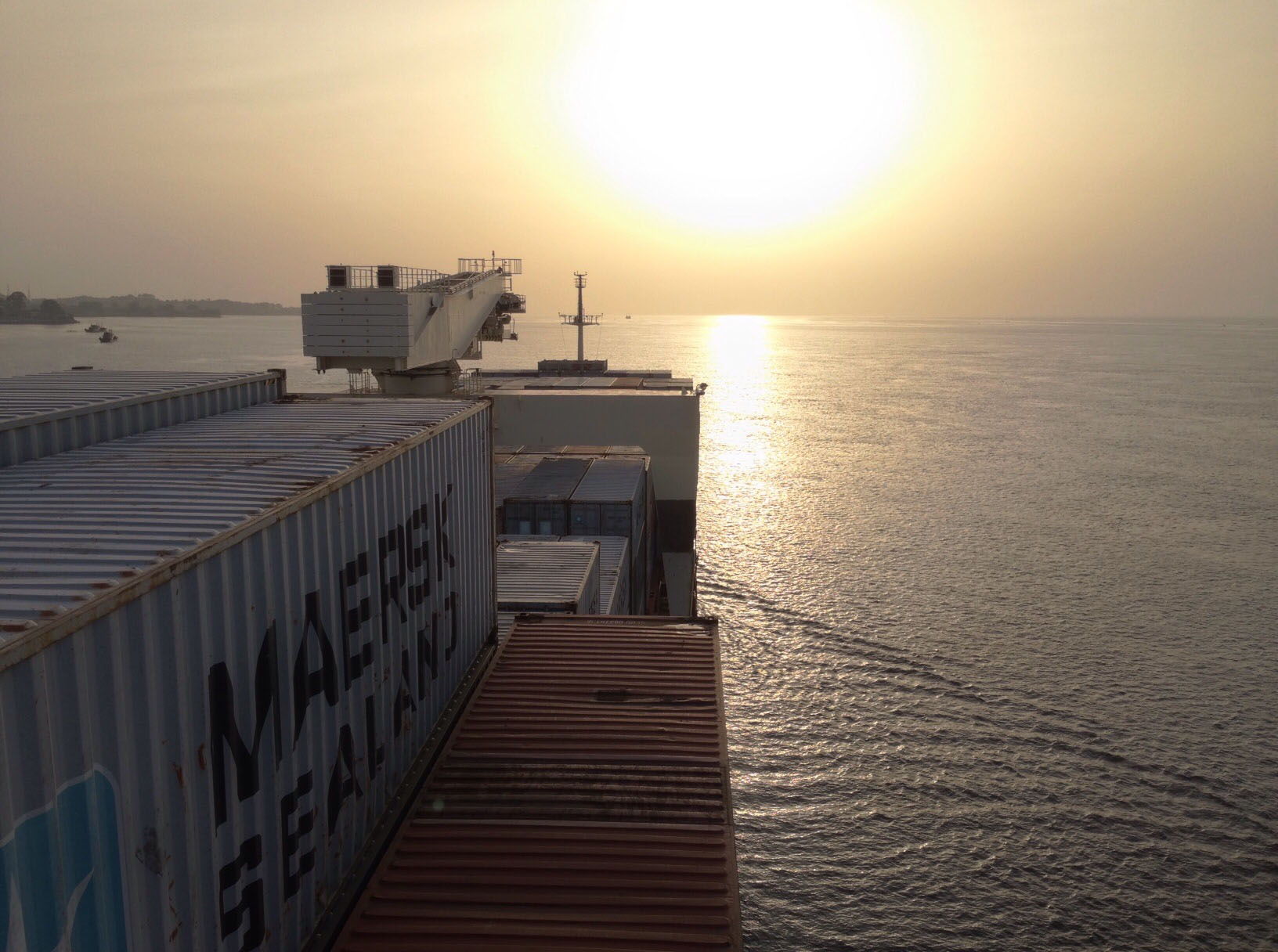 You didn't think that there WOULDN'T be any karaoke...did you? ;)
Water onboard is treated seawater. It is desalinized and drinkable. And there is no limit since it is the ships own production. All over the ship you will find several waste disposal bins next to each other. One for plastic, one for paper and one for green garbage. 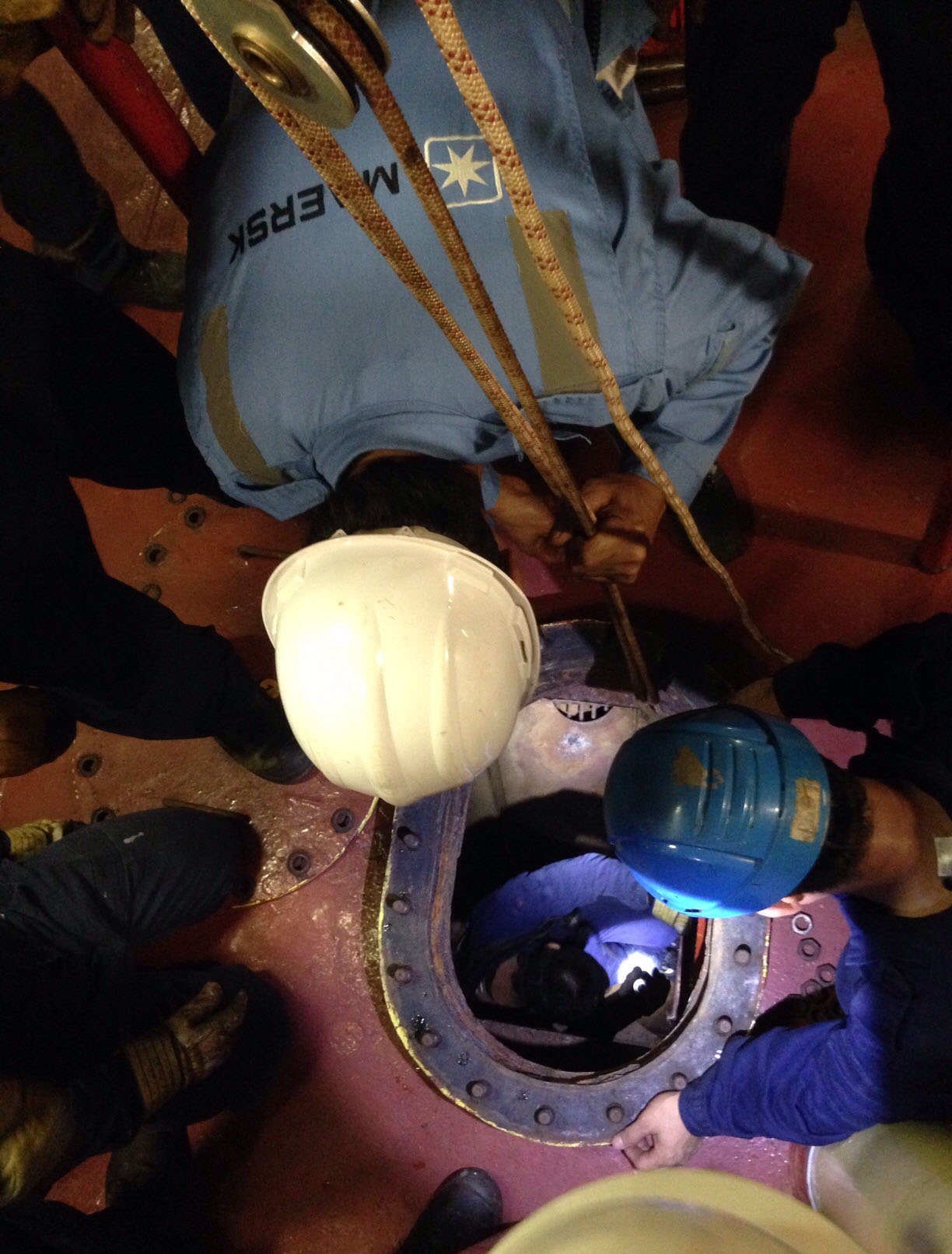 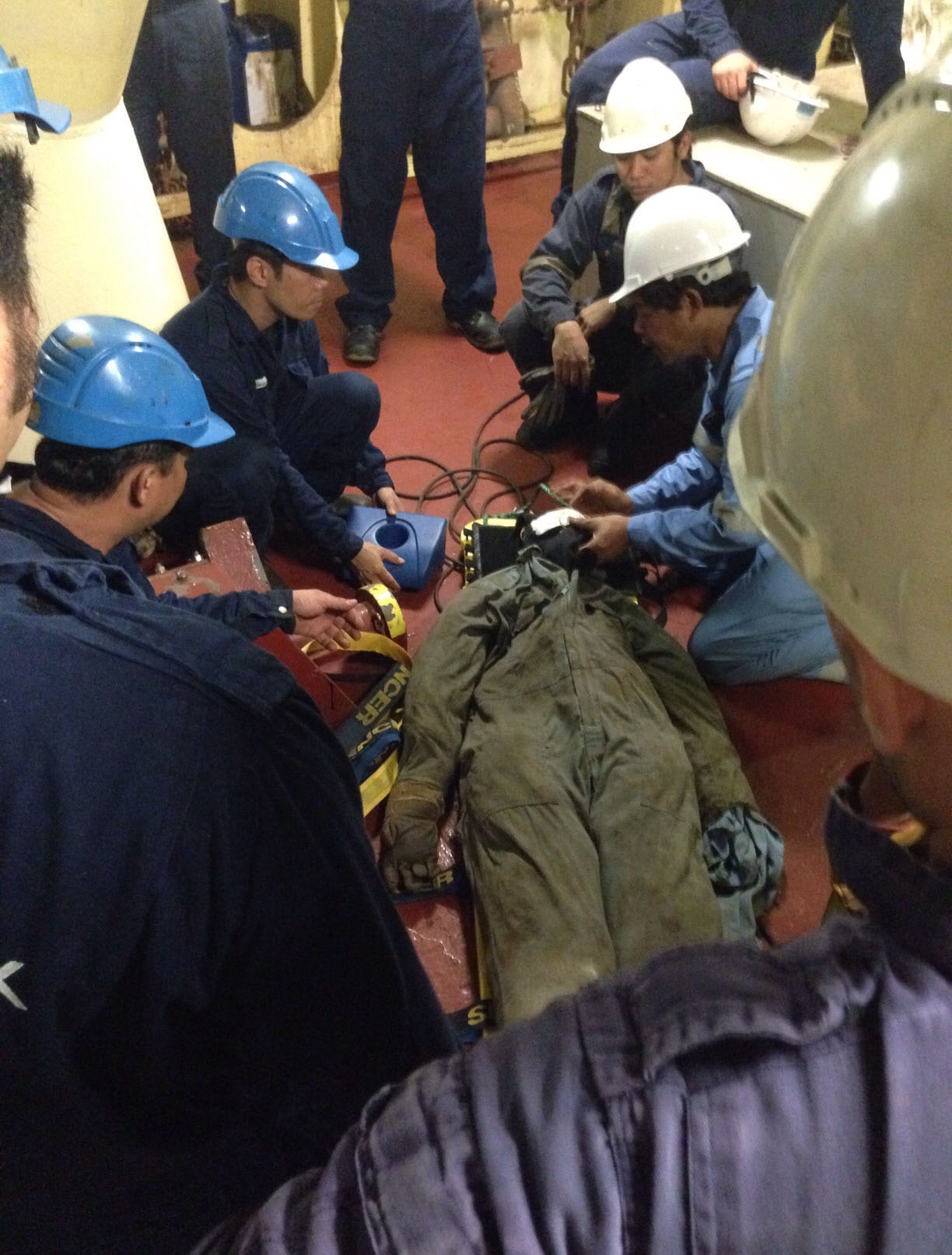 Safety is first! And to ensure this drills are always a part of the routine. While I was onboard we rehearsed several things. Among the drills we practiced the procedures and technic for rescuing a person out of the forward ballast tank. A nightmare scenario and an unlikely event. But it could happen so it's important that the crew can handle it. The drill includes lowering a man into the tank so that he can secure the injured person. Then the injured person is winched out of the tank so that proper first aid can take place. 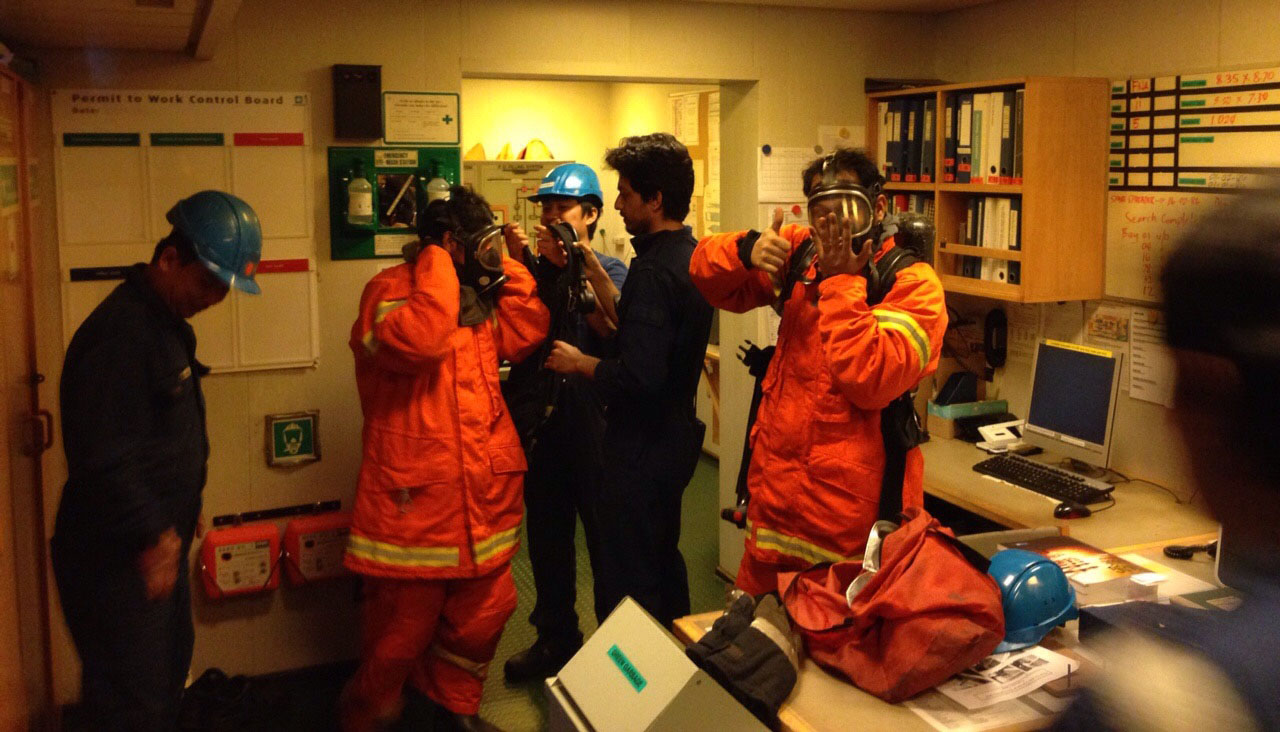 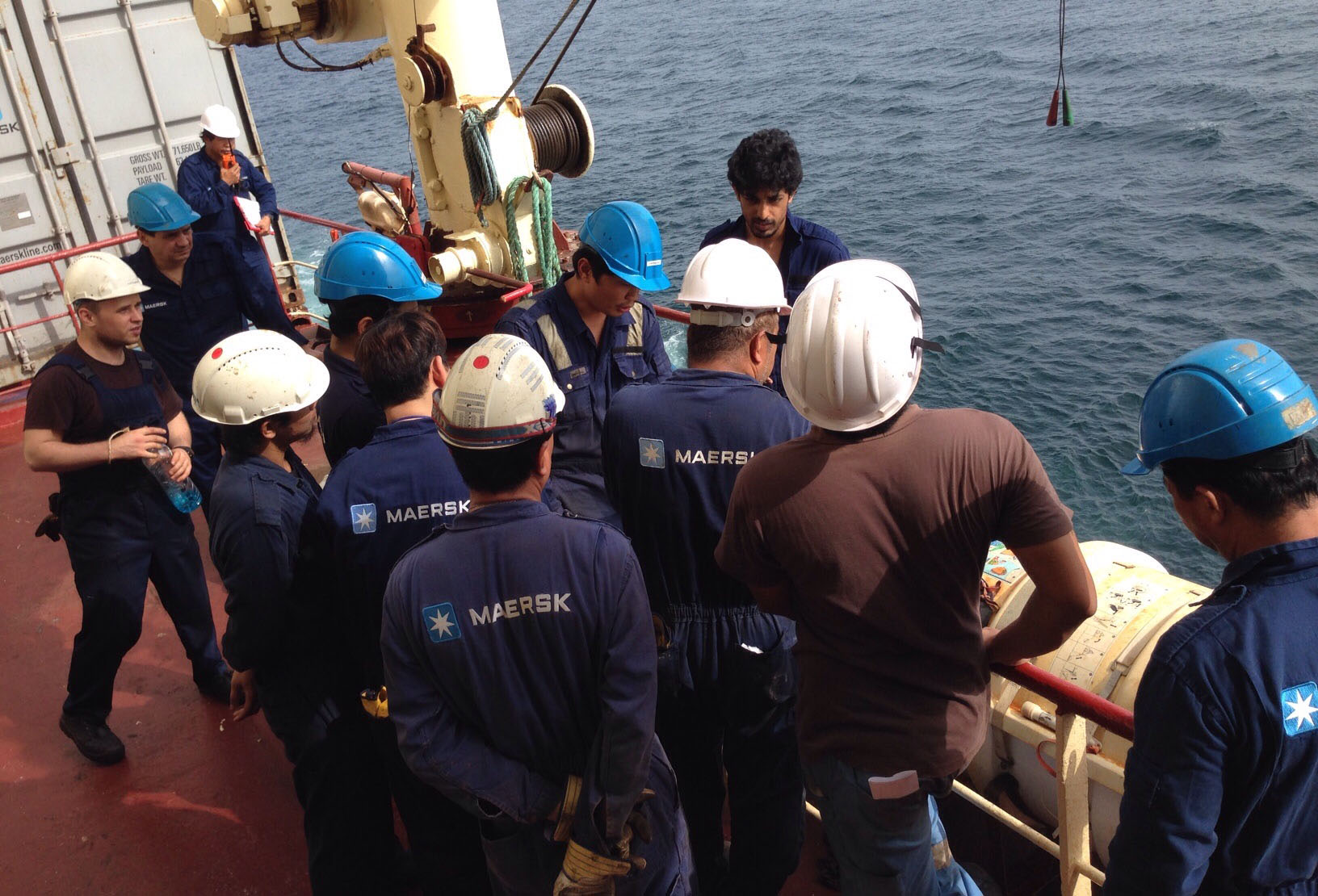 We also had a fire drill followed by general instructions on the safety equipment onboard. There are several types of equipment such as the free fall boat and the life rafts. And everyone needs to know their role in case of an emergency. 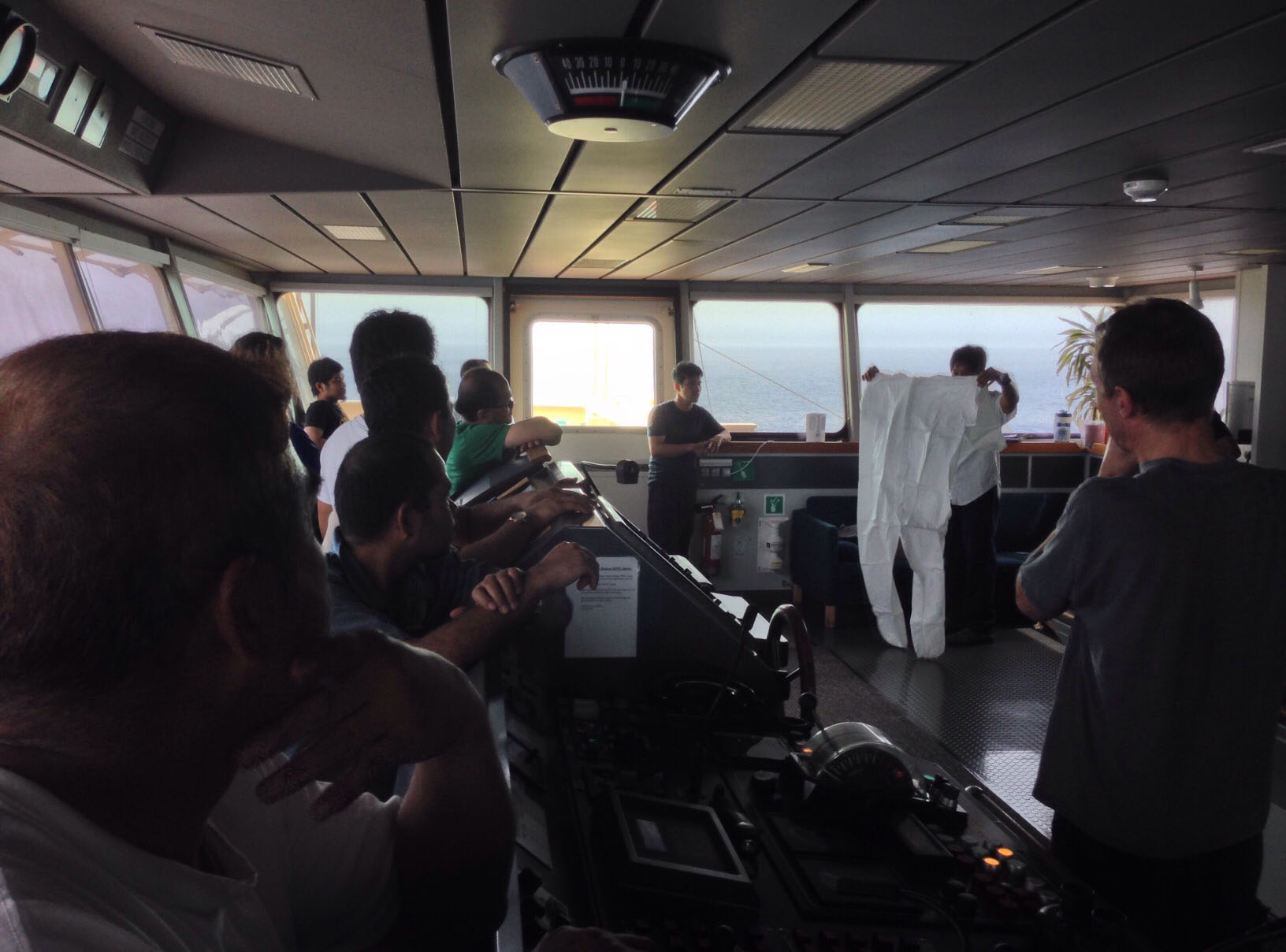 Demonstrating the protective equipment for Ebola before reaching Sierra-Leone
Unfortunately I fell sick for a few days. We had recently been speaking about Ebola as we were approaching Sierra Leone. I was even allowed to share some information on the topic since I have a lot of knowledge on the subject. So I very well knew the symptoms. The early as well as the late symptoms. And lo and behold I fell sick with a sore throat, fever, headache and pain behind my eyes. Even though I knew this wasn't Ebola it is enough to make you think!!
But I felt quite confident that this was in reality an influenza. Something which members of the crew could confirm since it had been going around for a while. 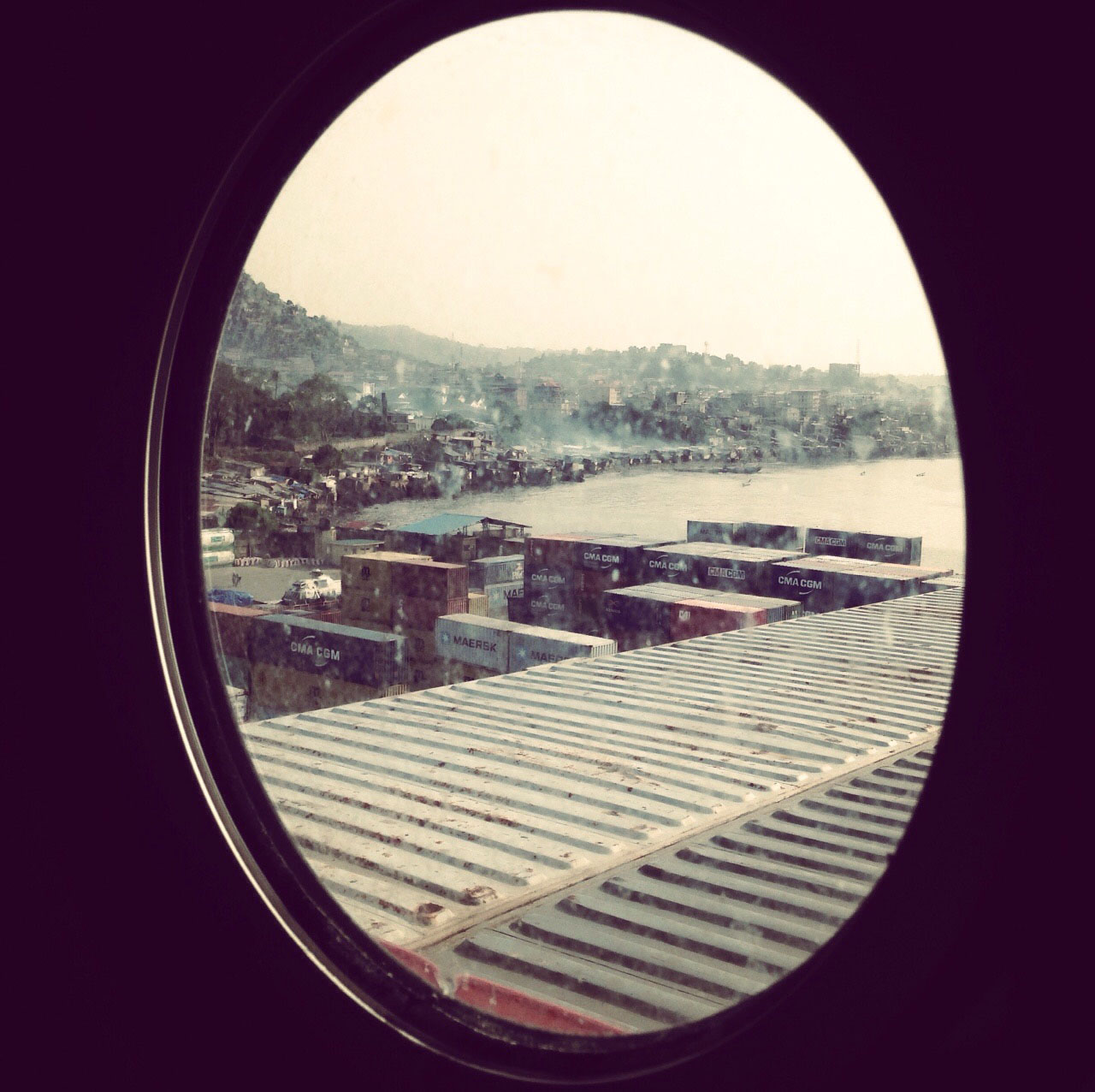 A peek at Freetown. But this is a real project. So I'll be back! ;)
After leaving Sierra Leone (which looks very promising) we began the last leg towards Guinea-Bissau. And after some relatively peaceful customs and immigration procedures onboard the "Clara Mærsk", I was permitted to enter Guinea-Bissau. 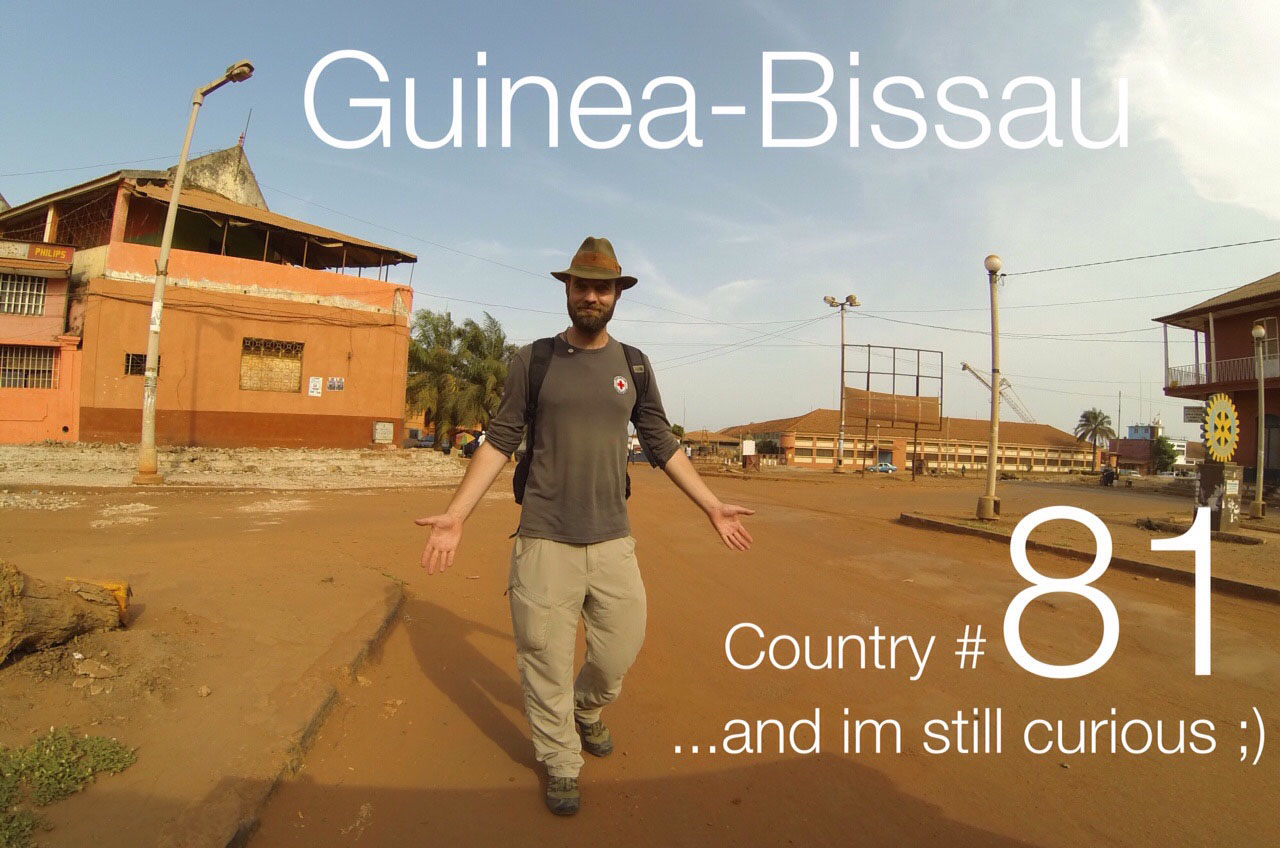 I went straight for the Red Cross. And after a brief meeting I walked through Bissau which is a charming capital. The 2 ATMs I located couldn't dispense any money. But I'm sure they can tomorrow? Children were playing games in the park, the military outpost seemed friendly and relaxed, I spotted a pharmacy, a church, a supermarket and a few other shops on my way. People greeted me nicely everywhere. Handicrafts were for sale on the street along with clothes and other small items. They were offered but the salesperson were not pushy. Later I heard about a concert which would take place at the French cultural centre. And then I was told about the Insomnia nightclub. 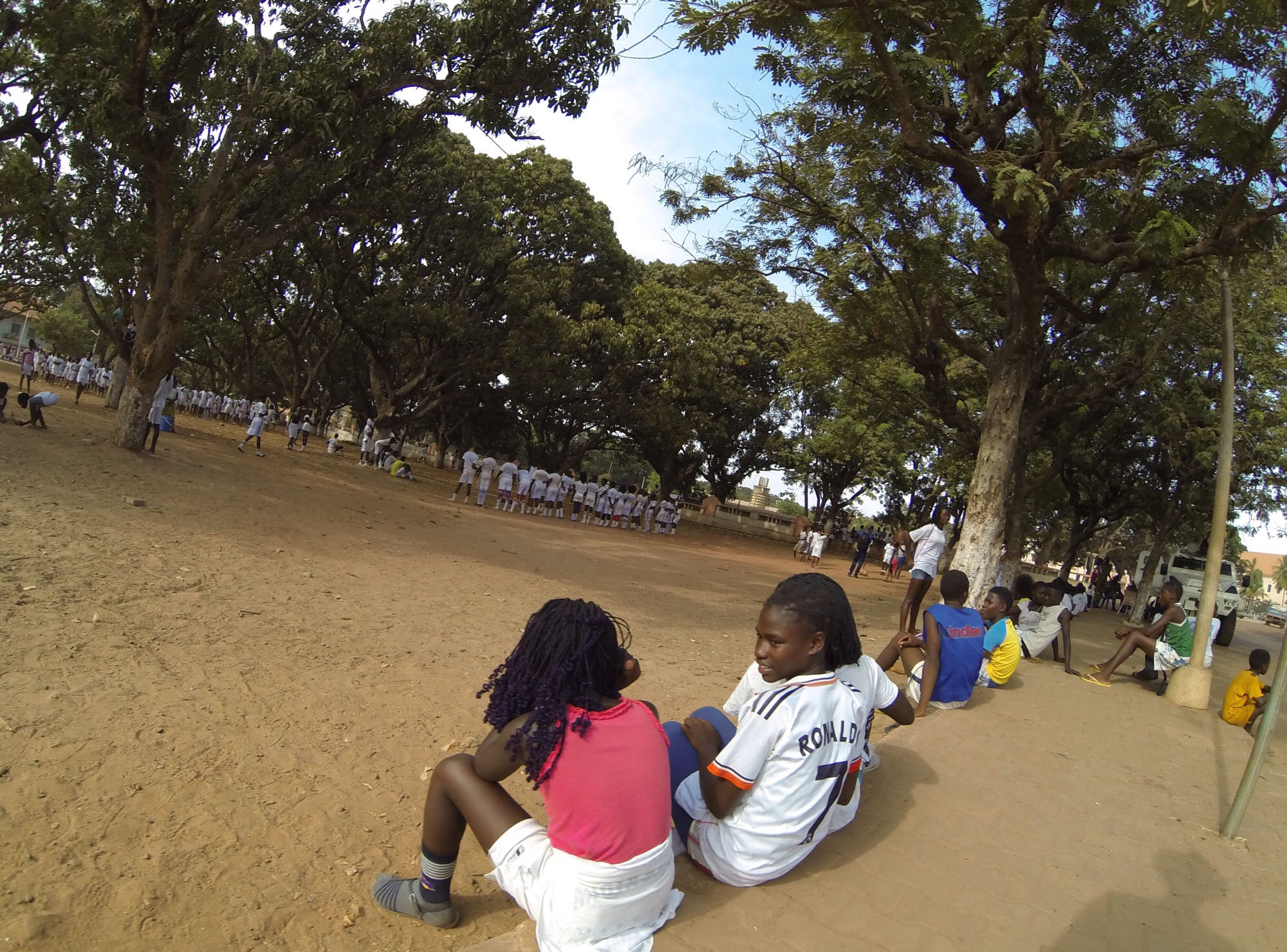 People speak Portuguese here and share the same currency as 7 other nearby nations. That's forward thinking if you ask me! Cashew nuts are a major export and Bissau is the greenest capital I have seen for a while. Unfortunately it rained recently so mosquitos are plentiful during the night. And so is malaria. Oh well, I'm prepared. Long sleeves and some repellant with DEET and I should be alright. Most people sleep under mosquito nets and as a short term tourist (up to 3 months) you can always take malaria pills. I even heard that a vaccine might be ready around October. The future is now ;)
I will stay a few days before I continue to The Gambia, Senegal (again) and Mali. In Mali it will be time for a new passport...again ;)
Best regards
Torbjørn C. Pedersen (Thor) - back on dry land! :)
Once Upon A Saga - a journey to every country in the world, without flight.
back to top