When you’re doing the undone who can help you?

I cannot stress this enough: nobody in history has reached every country completely without flying. Certainly not in an unbroken journey and by spending more than 24 hours in each nation. So why is that important? Well on and off you get into situations where nobody has the answer. Then what do you do?

I’d like to begin this entry by thanking a few people: Abdullah, Fatemah, Ahlam, Bashar, Jassem, Khaled, Kinan, Ghada, Umika, Dina, Yasmine, Hind, Islam, Jassim, Jennifer, Abdurrahman, Lama, Susanne, Aaron, Talal, Manar, Massimo, Mira, Zainab, Max, Shrikant, Ossama, Silas, Jafar, Greg, Khin, Farah, Steve and a lot of Mohammed’s ;) These are some (but not all) of the many wonderful people who have made my stay in Kuwait so much easier than it could have otherwise been. I’d like to thank EVERYONE bot those names were the ones stored in my phone. I originally imagined that I would only be in Kuwait for 3-4 days before moving on to Iran. However it turned out to be a 35 day long stay as it took a lot longer to get the Iranian visa than I ever expected I applied already in Jordan) and then of course I suddenly had a unique shot at getting the visa for Saudi Arabia (which is pretty much next to impossible). If you want to know more about that then you should check out last week’s Friday Blog. The follow up to last week has been that I revisited the Saudi embassy a few days ago hoping to persuade them to accept my application without the confirmation from the hopelessly unhelpful Danish embassy in Riyadh. Unfortunately the helpful Saudi Consular I spoke to at the Saudi embassy was now on holiday for the next 14 days. The man who has temporarily taken over for him was not quite as helpful but however offered that I could apply for my visa and expect that the process would take at least two months. So now what? Apply and wait it out? Keep fighting for some cooperation from my embassy in Riyadh and wait for the Consular to return? Or get out of here in the realization that I had a chance but a series of unfortunate events killed it? 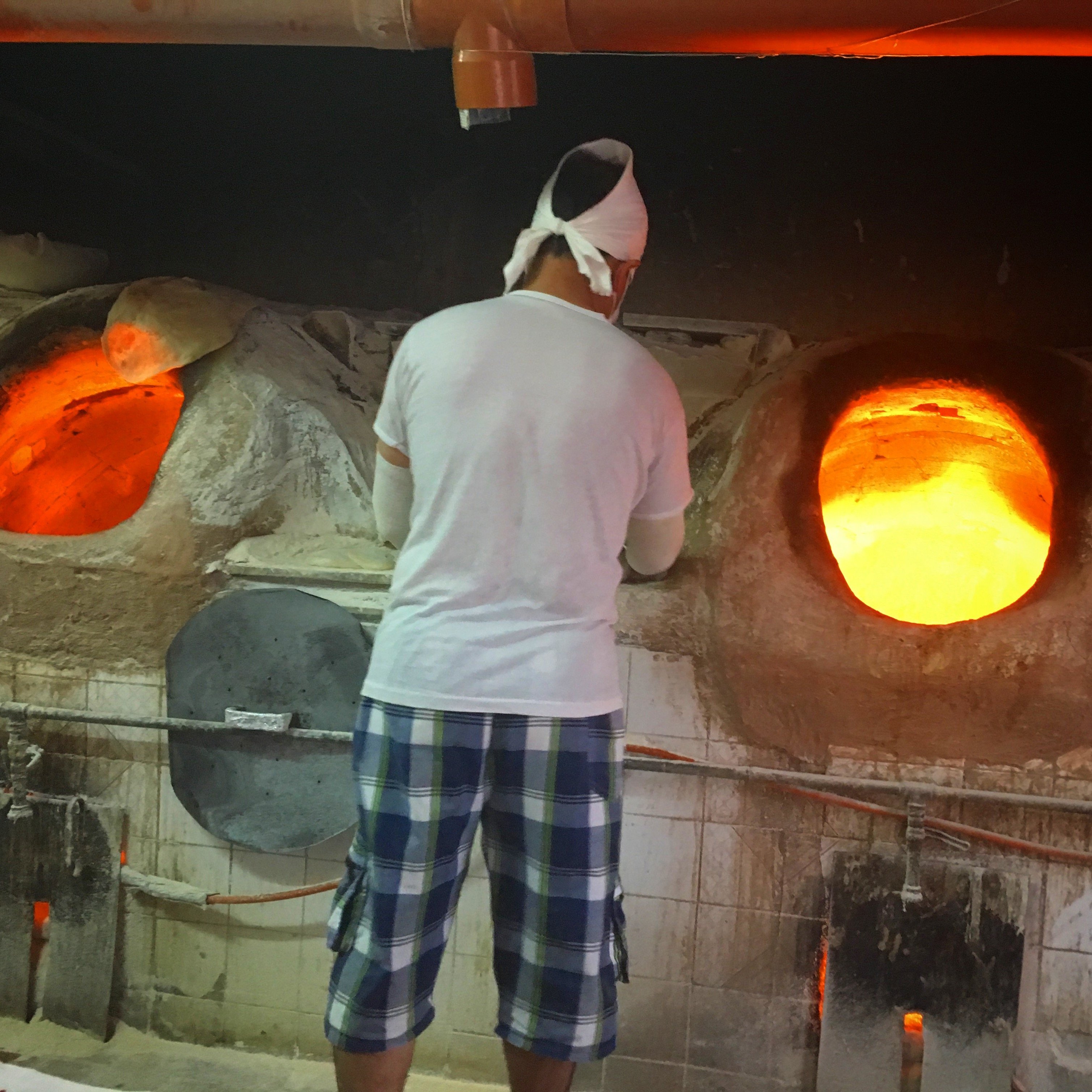 "If you can't stand the heat, get out of the kitchen". That applies to much in life.

It is amazing how reaching every country without flying alters between being straight forward and then suddenly like trying to solve the Gordian knot. And the Gordian knot is definitely the best possible metaphor I can come up with for some of the challenges I so recently constantly face. Alright then…just book a ticket for the ferry to Iran? Well is there even a ferry? The internet says there is but the latest updates are six years old and the numbers are out of order. Anyone I spoke to said “I don’t know” or “I don’t think so”. My hosts Ahlam and Mohammed helped out by asking around and calling various shipping companies, which all denied that there were any ferries to Iran these days. I was even met with stories about how embargoes had stopped all vessels going to Iran. Now in my experience locals unfortunately do not know as much as you would sometimes hope for. So a “no” generally never really means no until I have done a thorough examination and exhausted all opportunities. And here’s what you need to know if you wish to travel between Iran and Kuwait by boat in 2018:

The ferry leaves from Kuwait City (Kuwait) to Khorramshahr (Iran) twice a week: on Thursdays and Sundays. The departure time is approx. 10:30-11:00am with a check-in at 08:00am. The ferry is operated by Valfajr Shipping Co. and they are located at Shuwaikh port, Kuwait City, on Jamal Abdul Naser str. 50 in a big blue glass building. You can reach the booking office on +965 22458116. A one-way ticket costs 33 KD (USD 109), including food, tea and Iranian movies as entertainment. The voyage takes 5-6 hours. You are welcome… 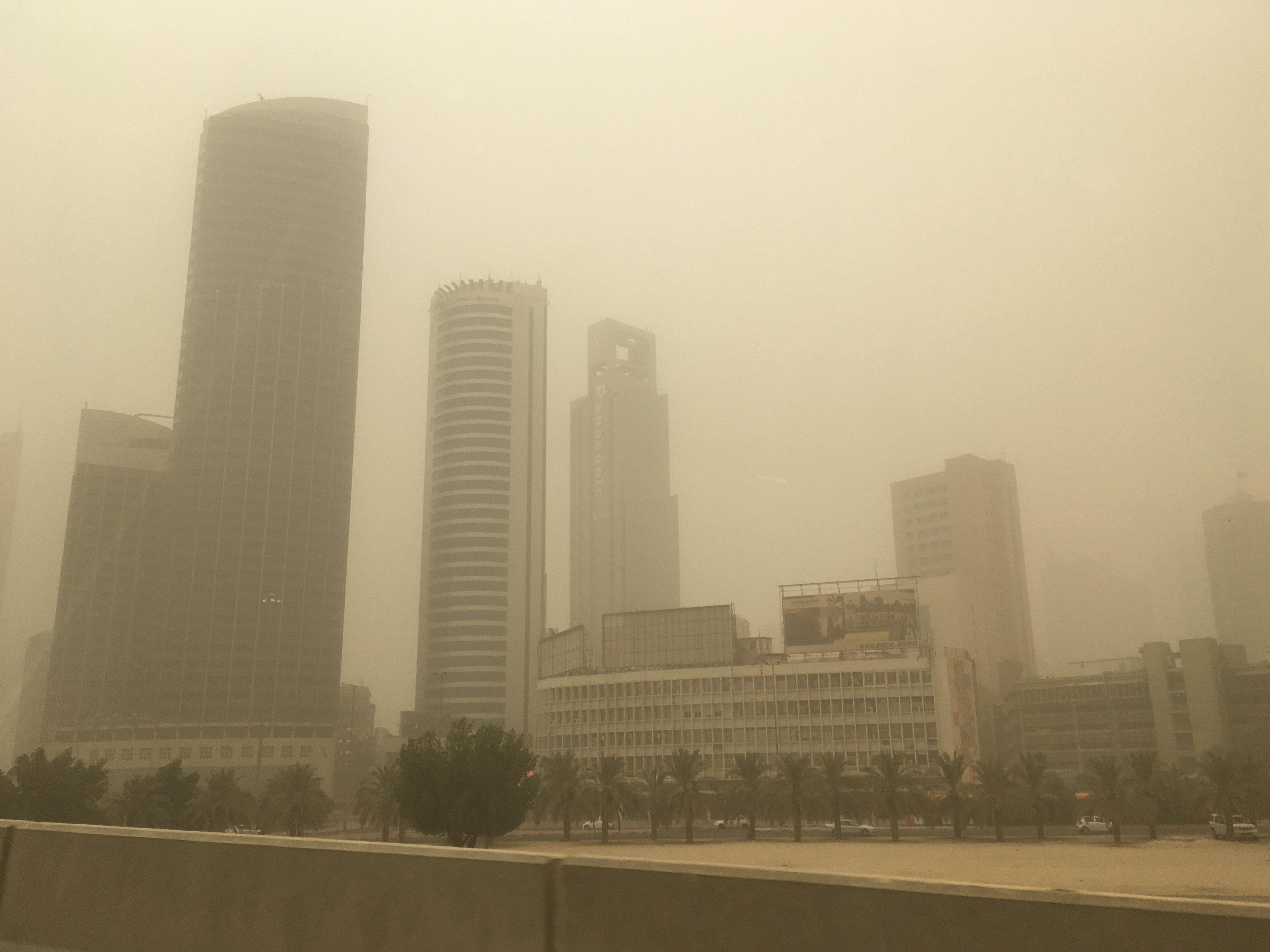 Dust storms remain common. After a few minutes it becomes hard to keep your eyes open.

For whatever strange reason you are required to show up with your luggage the day before departure in order to have it weighed. That’s a little inconvenient and also I wonder why there would be any weight regulations for personal luggage on a boat? But just go with it…I’m not alive to change ferries operational regulations. However as I went to the office it was closed? And everyone there told me to come back the next day (day of departure) and I would be fine? From Iran I need to get back to the Gulf countries and Qatar is my highest priority which is another complication. As I have mentioned in an earlier blog, Qatar has been ostracized by other GCC countries (Gulf Cooperation Council) for political reasons. So now you cannot reach Qatar from most GCC countries which naturally complicates this already nearly impossible project further. This isn’t news though and I’ve known about it for a long time. I hope to find a vessel from Iran to Qatar but all my research has so far told me that there are no longer any connections to be found and flying is the only way. If only I had a penny for every time someone suggested that I should just fly. Well, I might just find some cargo vessel that nobody I’ve been in touch with knows anything about and thus we might just prove people wrong again. Otherwise I’ll need to take the ferry from Iran to UAE and work my way from there. 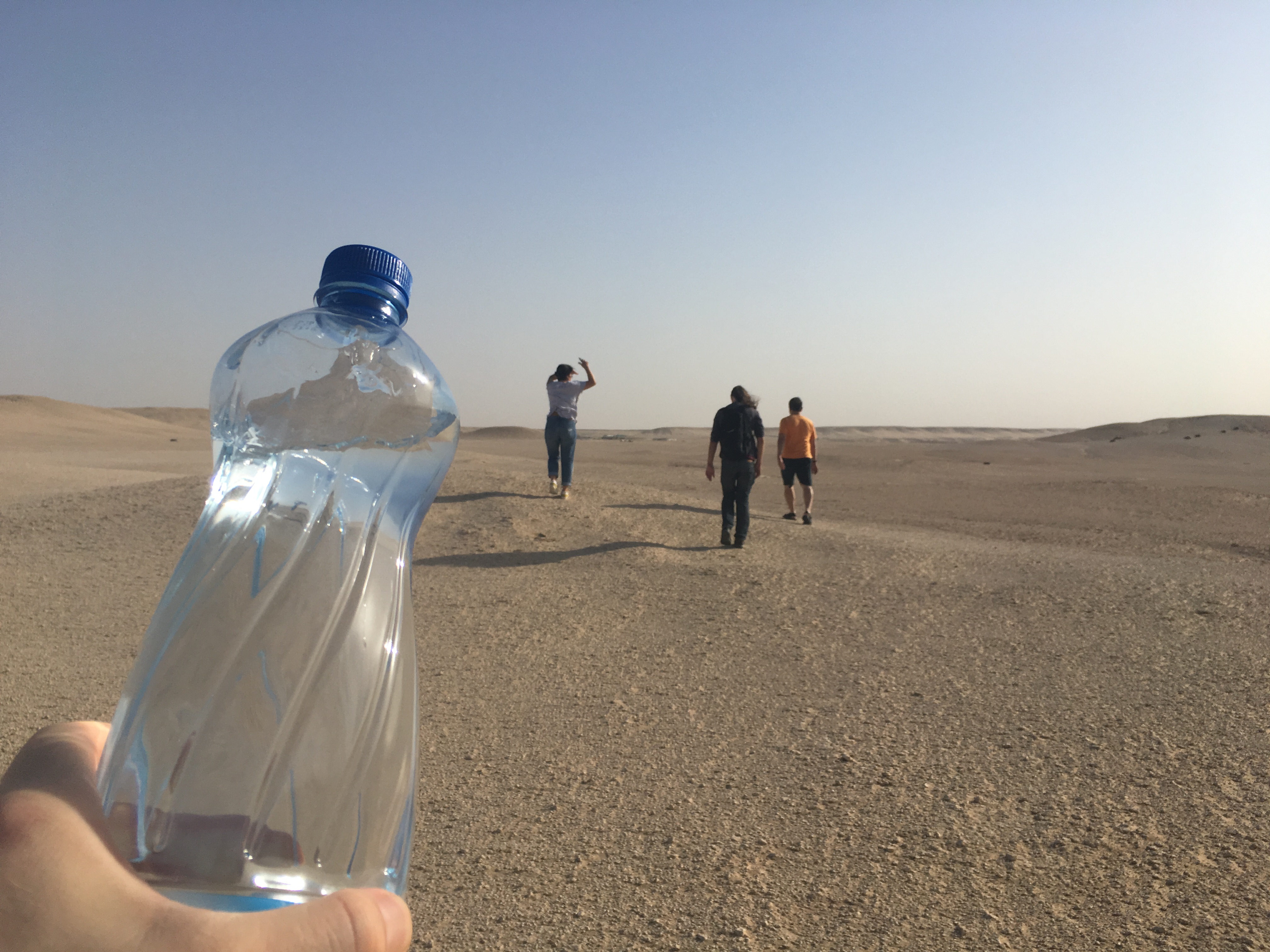 Making new friends on a desert hike. Kuwait City is a grand testimony to what mankind can accomplish given that Kuwait at the end of the day...is a desert. 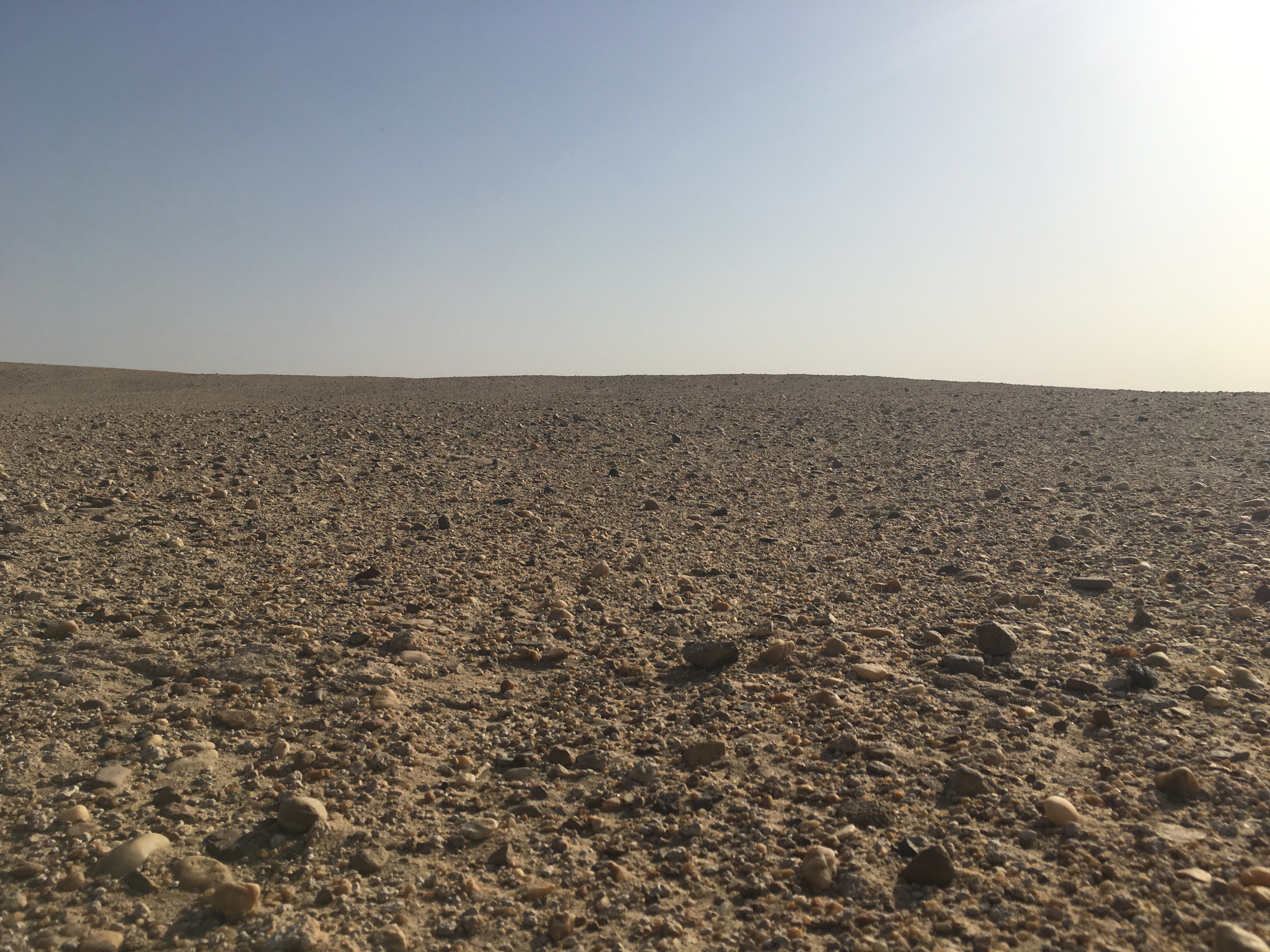 I really wouldn’t recommend anyone to try to reach every country without flying. Certainly not if you are not fond of riddles. Because this is often one riddle after the other and you will not always have the necessary support to solve them. However sometimes you will. The support for my last blog was overwhelming and while you might argue that I’m preaching to the choir it still felt good to hear from so many sympathetic people. Thank you all!! I’m really looking forward to putting the last few difficult countries behind the Saga and just cruise for a while. If you do want to challenge yourself (and the world) on a somewhat similar project as the Saga, then why not start with your “Big 100 Tour”. Pick 80 countries you want to visit and 20 you have no interest in. Once you are done with those you can assess if you’re still into reaching every country. 100 would still big a HUGE achievement and you wouldn’t have promised yourself or anyone else anything more ;) 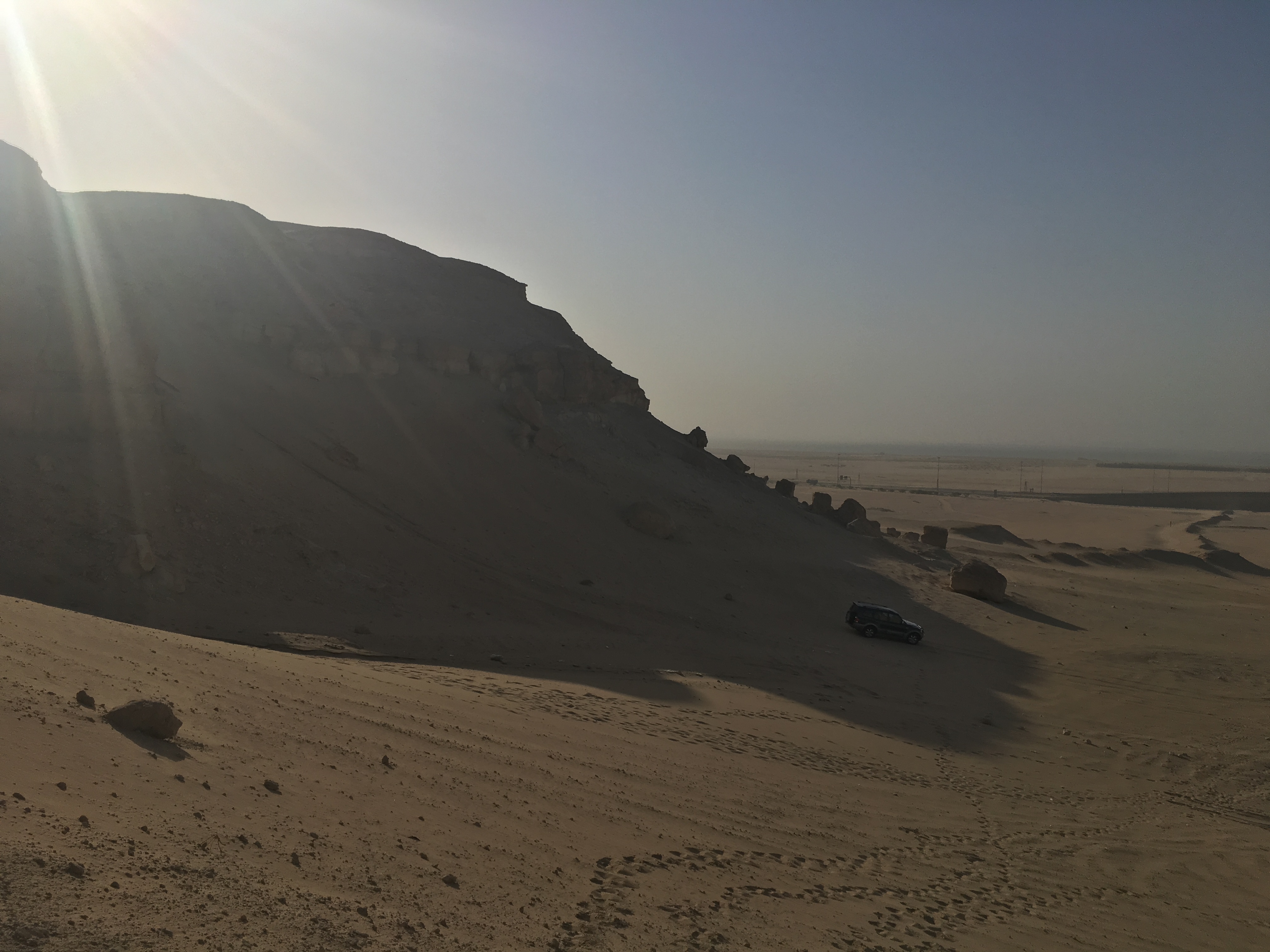 Mutla Ridge is the highest geographical point in Kuwait. It stands at 306 meters (1,004 feet) well above Denmark ;) 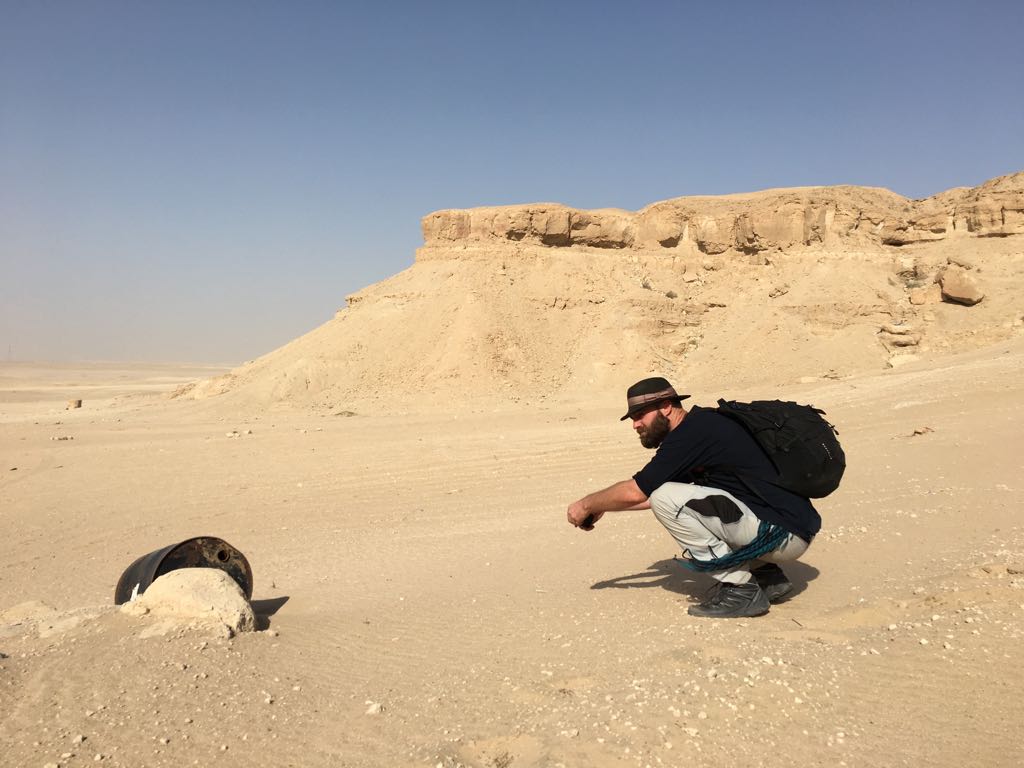 On that topic I might just add that I often wonder how we will continue to fund the Saga? I have nearly returned on all the perks from the crowd funding campaign which ended last year. And I might open a Patreon account once I have delivered on the crowd funding – but not before. How can I ask for more without delivering what was promised the first time? Really I just want some international company to wise up and see the opportunity in getting behind the Saga. It is pocket change I’m asking for compared to so many things. In the light of the subject I decided to see how wealthy these Arabs are and it turns out they are less so than I thought? Another cliché? Here are the richest people per continent:

Now if you compare that to the Middle East’s most wealthy then you will find that number one is not from any of the GCC countries. It’s actually an Egyptian named Nassef Sawiris with a net worth of USD 6.6 billion. He ranks in between the wealthiest people on the two continents of Africa and Australia. So that kind of changes the perception for the image of ridiculously wealthy Arabs? However you would still be fine having USD 1 billion for golden cars and private jets ;) 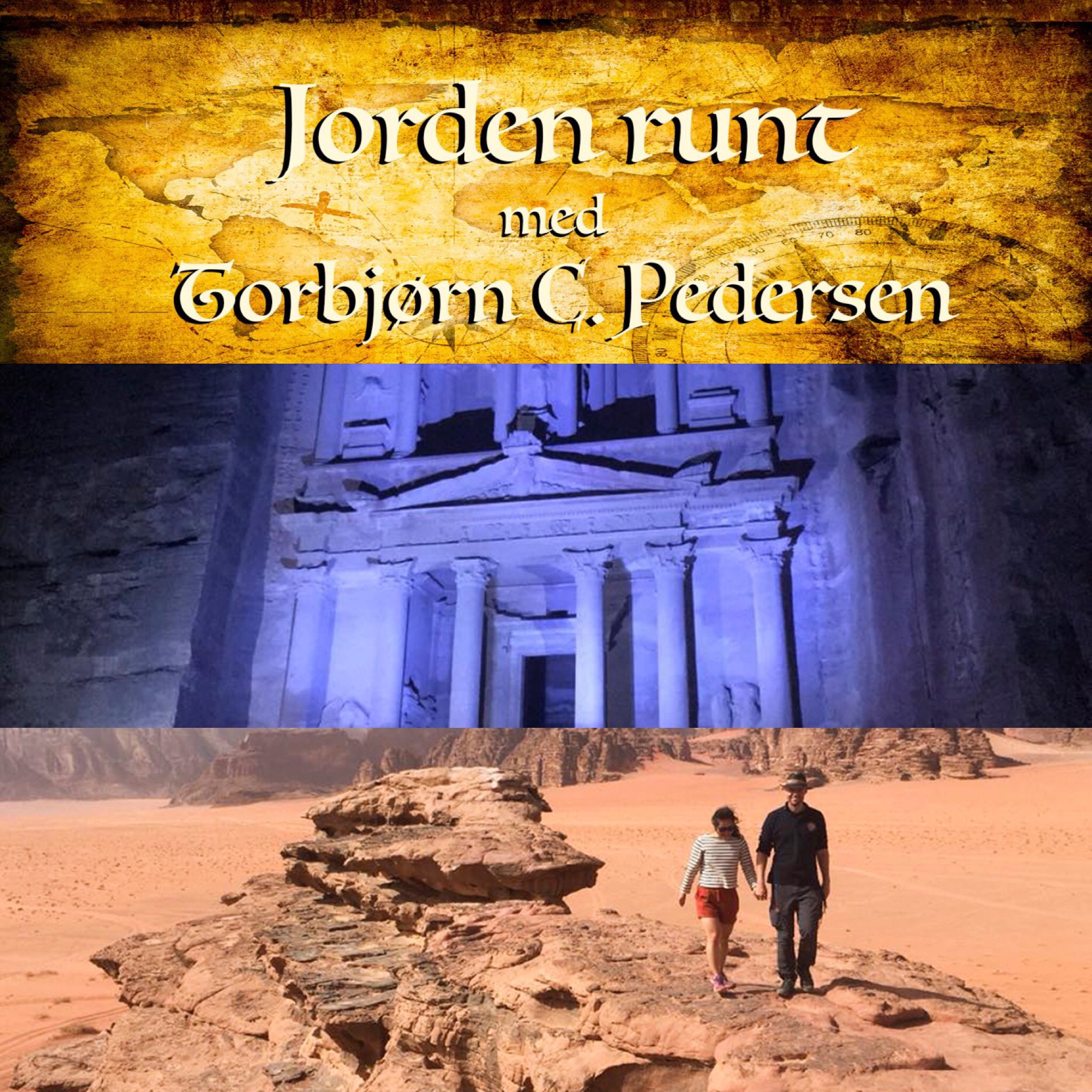 The Saga featured in the Swedish magazine Tidningen Syre for the second time! :) Check it out HERE if Swedish or any viking language is your superpower!

So that’s about all for now. Kuwait has proven to be far more than a gas station. While it is a very oil rich country and predominantly a desert it is still a country of people. And as my friend Jennifer said: “wherever you find people you will find culture, music, food, art and more”. Where might I have heard that before? ;) What Jennifer says is true. People are just people and in Kuwait I will stick to that the real gold is the people. I do wonder what will happen to Kuwait when the oil runs out? However I actually don’t believe that the oil will run out at all. I believe that the world will have a rapid shift from fossil fuels to alternative energy forms such as wind, sun and certainly geothermal energy. I have been told that the Kuwaiti Government can be secretive in terms of its future plans. So who knows: perhaps Kuwait is ready for the future and even more so than what we know? Let’s hope so. 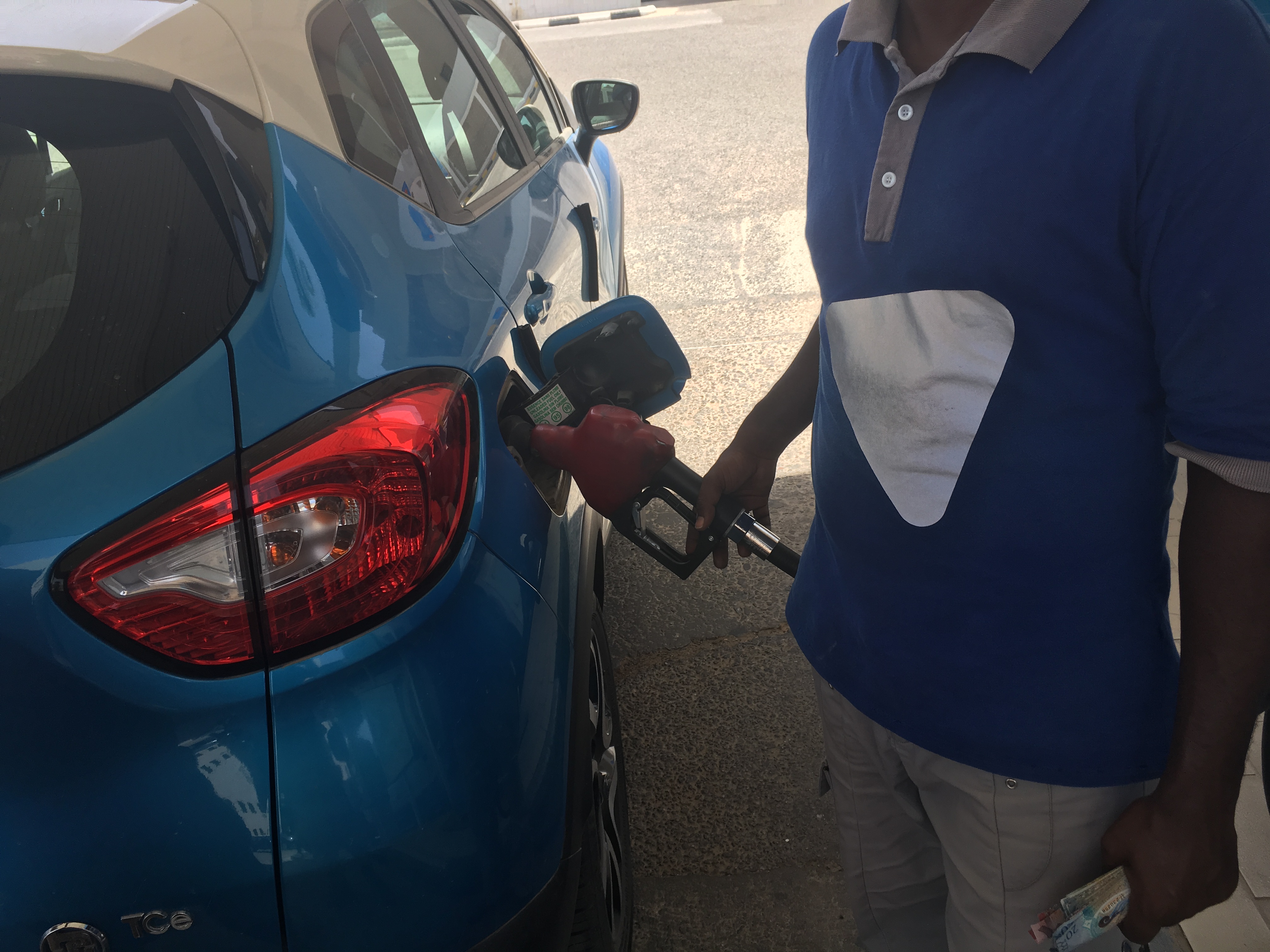 Gasoline prices remain below the cost of water. Think about that. 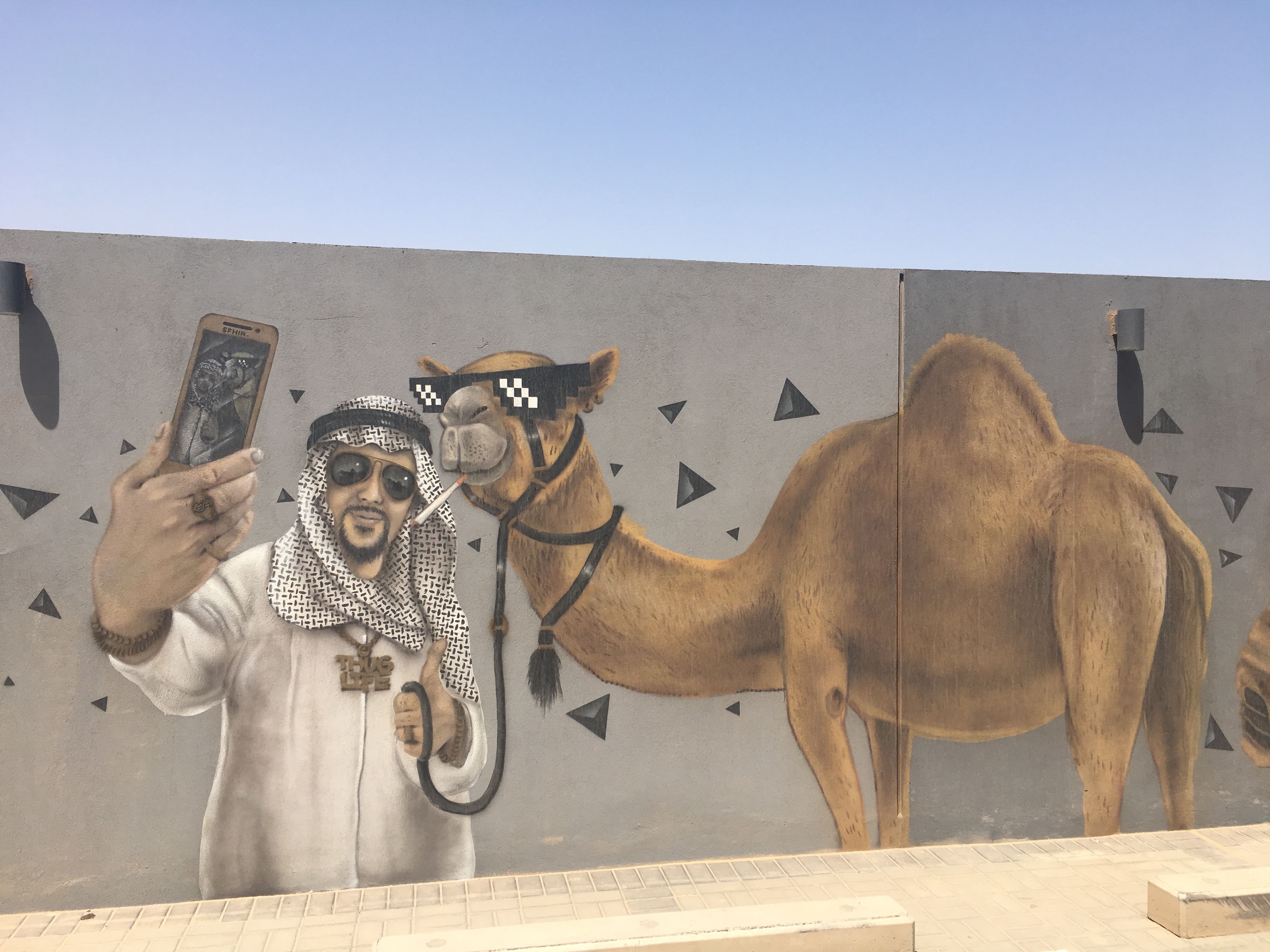 Mohammed and Ahlam have been wonderful hosts to me. I was introduced to them by Max who once couchsurfed with them. Mohammed and Ahlam have something I envy. They left a few days ago to go on holiday in Serbia. So for the last few days I have had their apartment all to myself. Imagine the trust and hospitality! The choice landed on Serbia as it had to be a country where both Mohammed (Egyptian) and Ahlam (Tunisian) could easily visit with their respective passports. They are in for a real treat as Beograd is a wonderful capital which is deeply rooted in history. I watched Mohammed and Ahlam pack and get ready for their trip to Beograd. They shopped for new clothes, they both got haircuts, Mohammed unveiled a special electrical toothbrush which he would bring and so on. The process of getting ready and packing took about a week. The joy and anticipation was remarkable and not unlike children running towards the Christmas tree or a nervous father waiting to see his newborn child. How I envy that feeling of anticipation and joy. 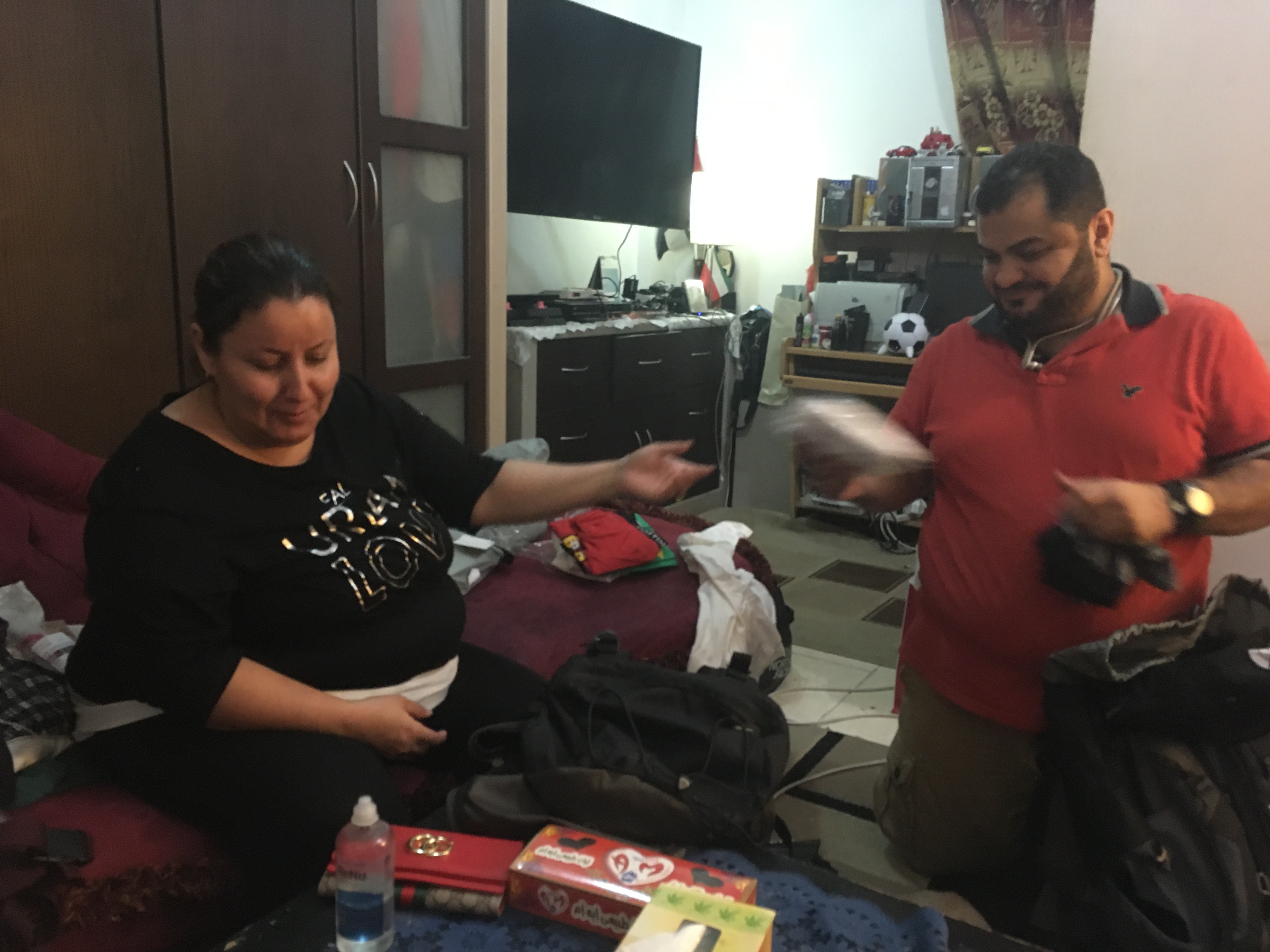 The most wonderful hosts I could ever imagine to have in Kuwait. Thank you Ahlam and Mohammed!! 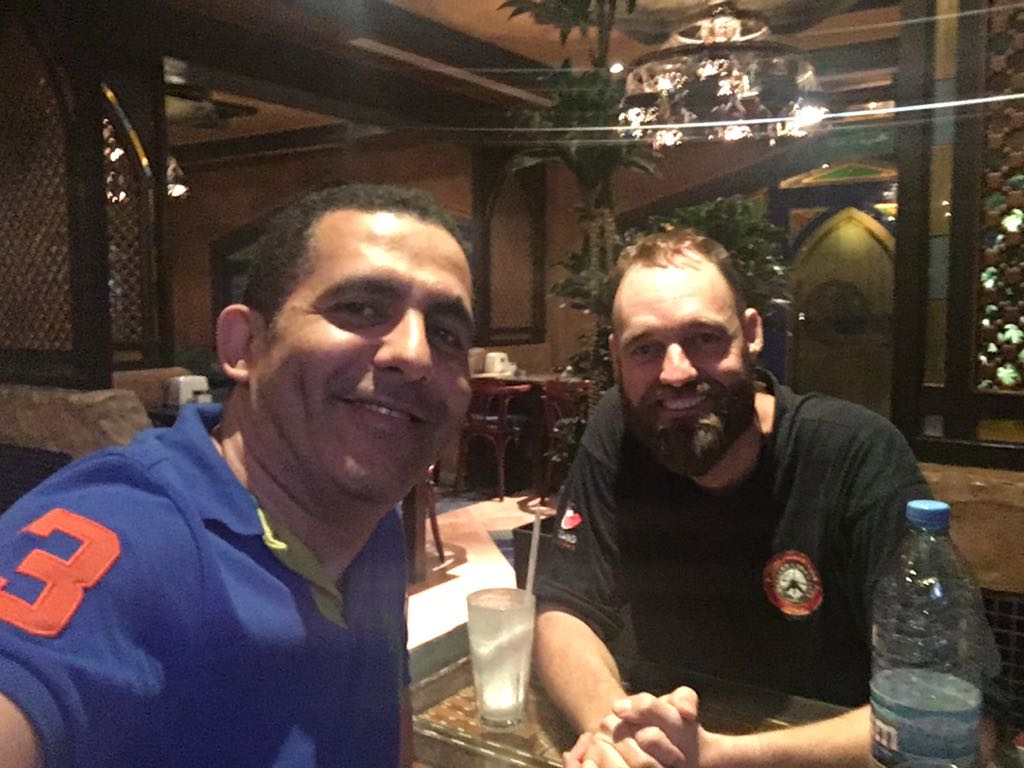 Last night in company with Ossama from Maersk, Kuwait. Thank you for everything.

Alright then…off to Iran it is…let’s keep on keeping on.

Best regards
Mr. Torbjørn C. Pedersen (Thor) - on the move.
"A stranger is a friend you've never met before"