Kazakhstan – one of the world’s great countries

(The opinions expressed on this site are my own, and do not reflect the position or policies of the Danish Red Cross)

Where the eagles soar

I used to work in this country. Just three weeks at the Caspian Sea shore. That was back in 2009 and I was just in Atyrau and Aktau. Since then I have dreamt of visiting Baikonur Cosmodrome and the Aral Lake. I can keep that dream for more years to come.

The Saga is pretty intense for me these days and I’ll try to keep this entry short. I arrived on November 15th at night and I left on the 21st in the evening. So if you are reading this on Friday 23rd then I have been on a train for a few days. There is a tiny speck of land between Kazakhstan and Mongolia which belongs to Russia so I required a transit visa through Russia. That ran me $100 USD. For a transit visa?!?! Well it was an express visa… So I showed up at the embassy in Astana which is the capital of Kazakhstan. The Russian embassy is open for visa applications for two hours twice a week. I got there on time, waited in line and when it was my turn I presented all my documents which I had prepared in advance: insurance, online application, train tickets etc. The clerk looked at my passport and brought it to his superior. Then he returned and rejected it based on a small tear on the last page. That page tore because another embassy added an administrative sticker to the back page and when it was removed that left some glue which made the last page stick to the back. Great stuff? So my application was rejected. I had 70 minutes until the embassy closed and made the best of it. Ran out to the street, caught a taxi back to the hostel, filled out a new online application for my second passport, printed it, called a taxi, made it back and my second application was accepted. Who needs this stuff in their life? Bureaucrazy. 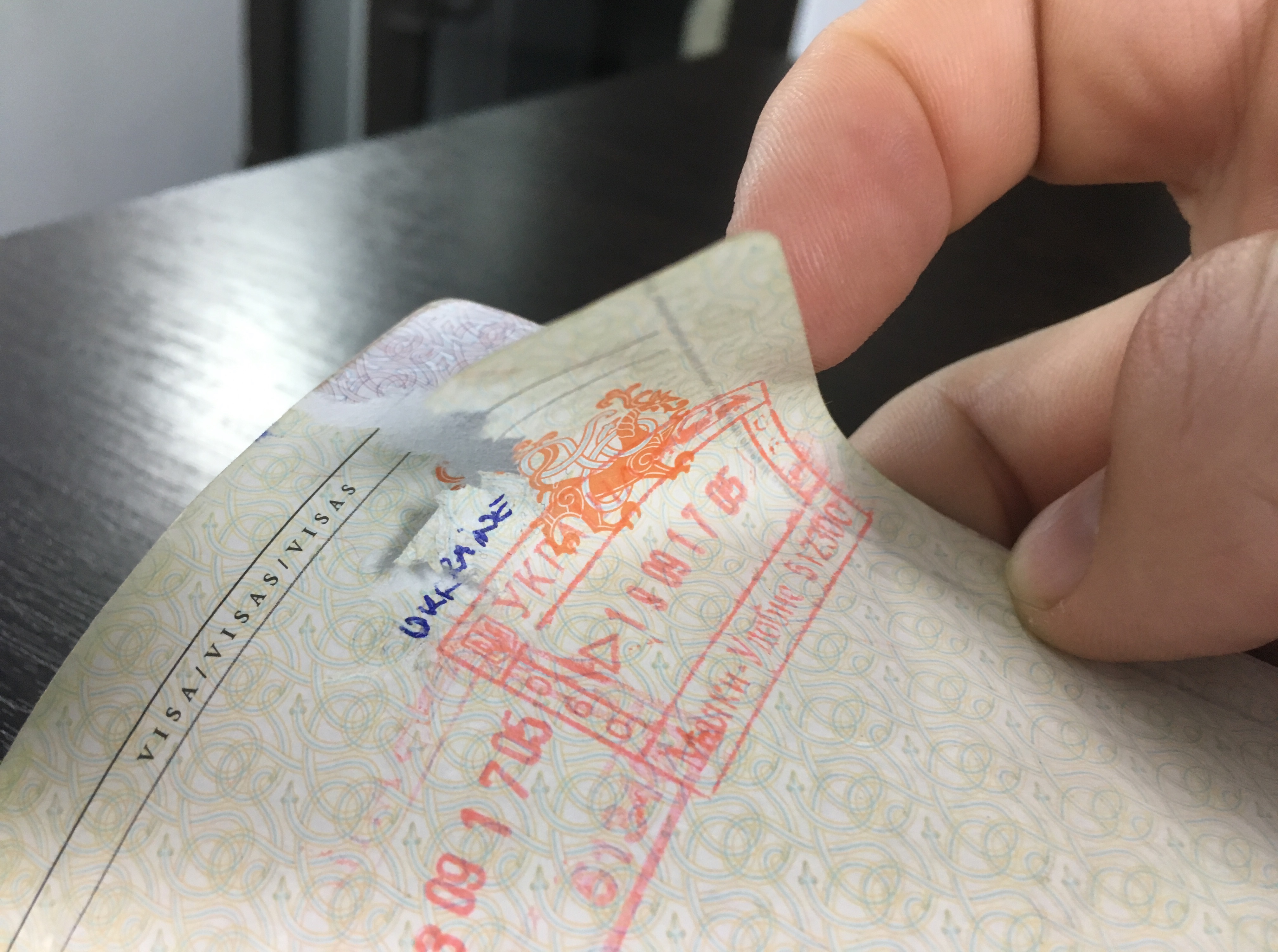 But of course I should not be able to receive a visa because of this tear?

Well, I reached Kazakhstan days before that. I said farewell to David in Kyrgyzstan and boarded a minibus to Almaty which is the former capital of Kazakhstan. That was a REALLY COLD bus ride!! And walking across the border was even colder!! OH BOY! Winter has arrived. It was late before the bus made it to Almaty. I don’t need a visa for Kazakhstan by the way so it was super easy crossing. I reached my hostel late at night and had some sleep before meeting with the Red Crescent Society of Kazakhstan (RCSK). have a long proud history of humanitarian work which began already back in 1936 when the Red Cross Society of the Kazakh ASSR was established. Their volunteers are amazing and we had some good fun together. When they are not doing Q&A with an old tired adventurer from Denmark then they keep themselves busy with first aid, presentations, trainings and fundraising just to mention a few things. RCSK has a huge impact within Kazakhstan! There’s social support, emergency response, blood donations, international humanitarian law, disaster risk reduction, disaster response and that list just goes on and on! 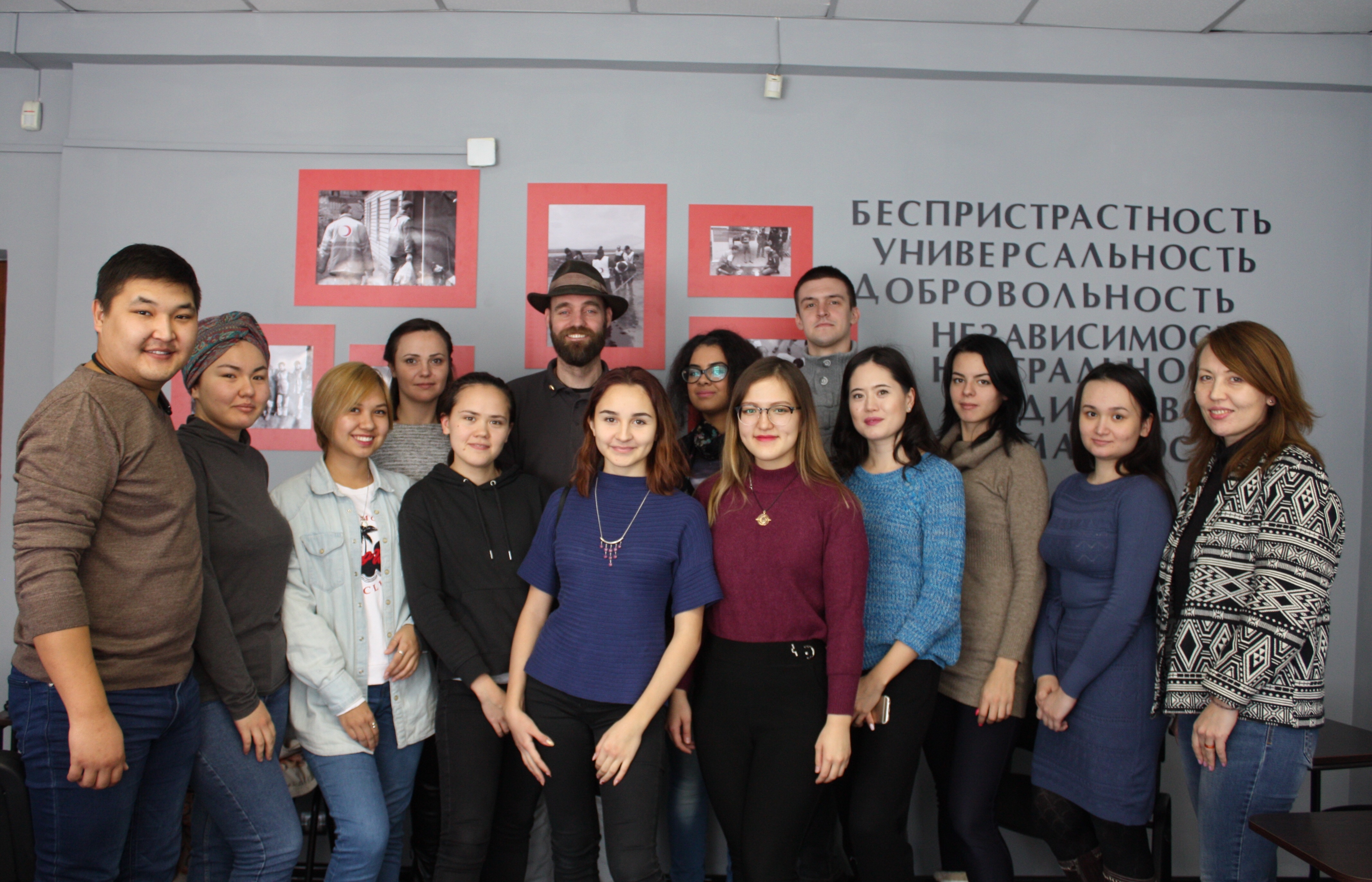 The volunteers all over the world are the BACKBONE of the movement! They are simply amazing! :) 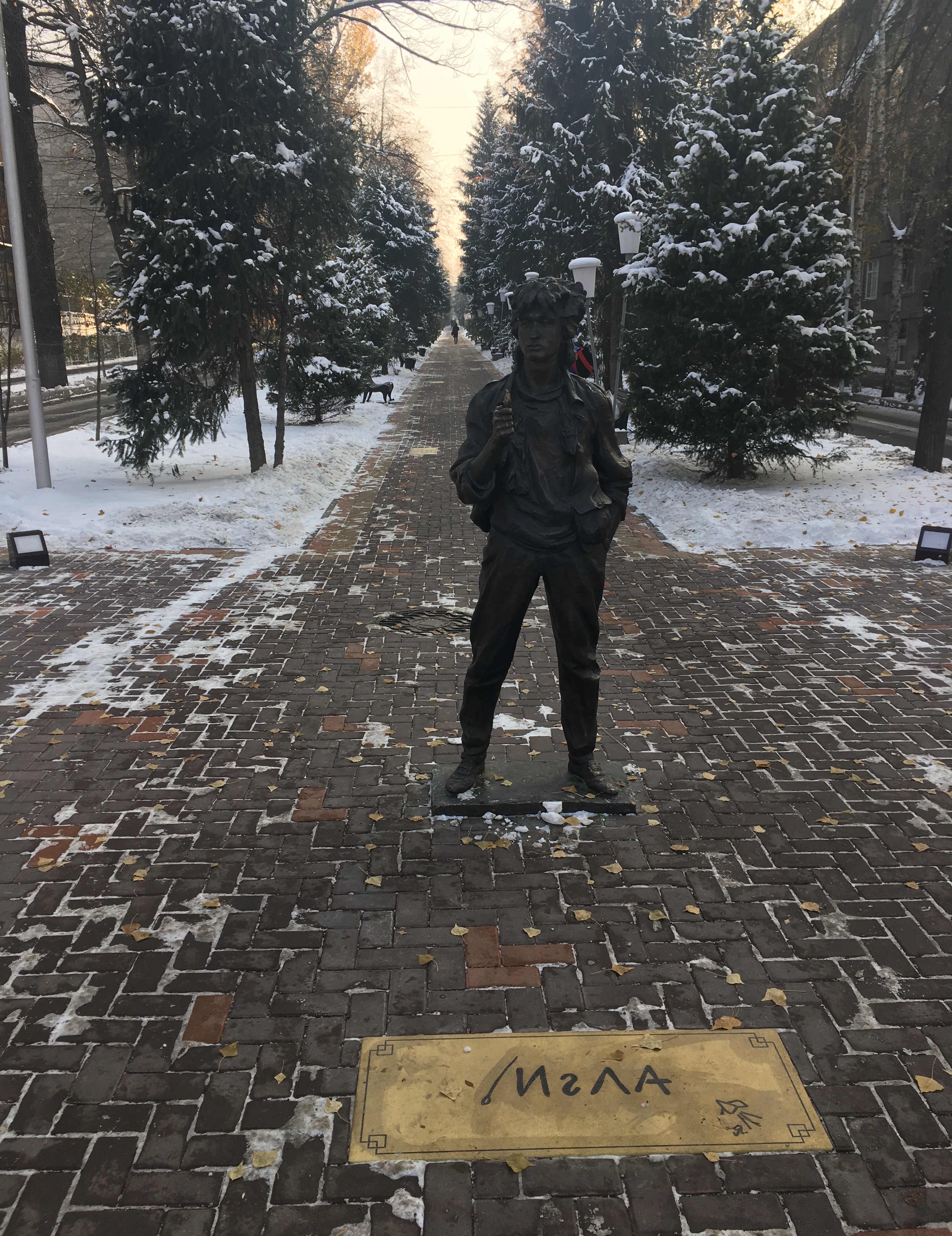 I walked past this Viktor Tsoi monument in Almaty. Personally I think it’s one of the coolest monuments I’ve ever seen? Tsoi and his group, Kino, were extremely popular in the Soviet Union in the late 1980s. His songs stand as symbols of the hopes for freedom and political change.

I caught a train to Astana that night. That was a real shame because I really liked Almaty and wanted to explore it more. However the snow won’t wait for me and that Karakoram Highway between China and Pakistan is bound to close. Almaty was a prominent city on the ancient Silk Road. And famous for trade. Especially for its apples. Almaty literally means “grown on apple tree”. The train to Astana was comfortable and I had a top bunk in a cabin which I shared with a woman and her mother. The woman spoke very limited English but they were both kind to me. Sharing tea with me and stuff like that. 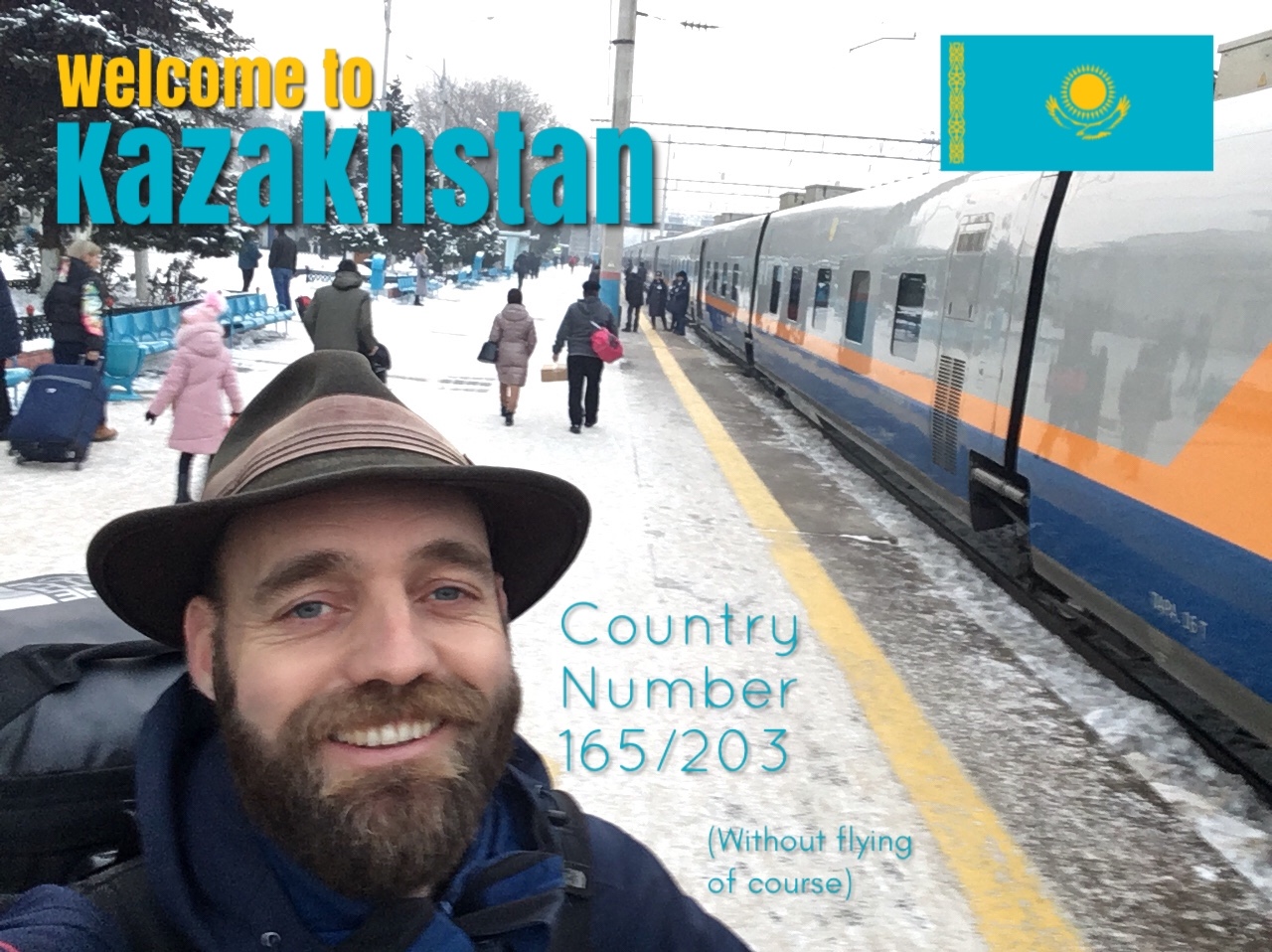 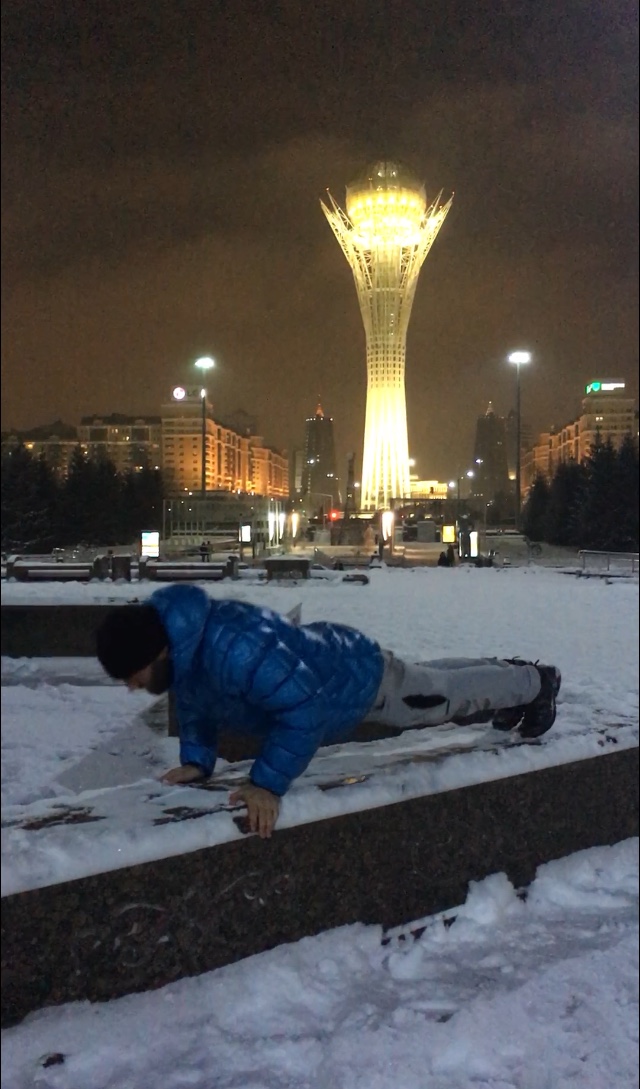 I've got a challenge for you next month if you are up for it? More about that later ;) The Baiterek Tower (behind me) in Astana is the national monument of Kazakhstan and measures 105m (344ft) in height. It is known in the city as the “Chupa Chups Tower”. The design is based on a folktale about a mythical tree of life and a magic bird of happiness. In the story, the bird, Samruk, lays its egg between two branches.

In the morning we reached Astana which literally means “capital”. How creative they are those Kazakhs ;) Astana is known as the world’s second coldest capital. So I’m glad I’ve got my warm Berghausaus jacket with me. On arrival the woman from the train helped me get a taxi at the right price and then she left. I reached my hostel, checked in and fell asleep. When I woke up I began with my mile long to-do list. The administrative workload of this project is unbelievable. I mean that. You wouldn’t believe how much work this project is. And it is basically because I won’t settle for less than my standards. I want to promote the Red Cross and Red Crescent, I want to promote every country, I have not turned down an interview so far but we are getting to the stage where I might have to do that, I have all the logistics, all the bureaucrazy, the social media, the research, the Friday Blog, my friends, my family, my fiancée, my health and so much more. I find solace in knowing that this project is enormously rich in content and that it will serve me for many years to come after I return home. So many photos. So many stories. So many friends. 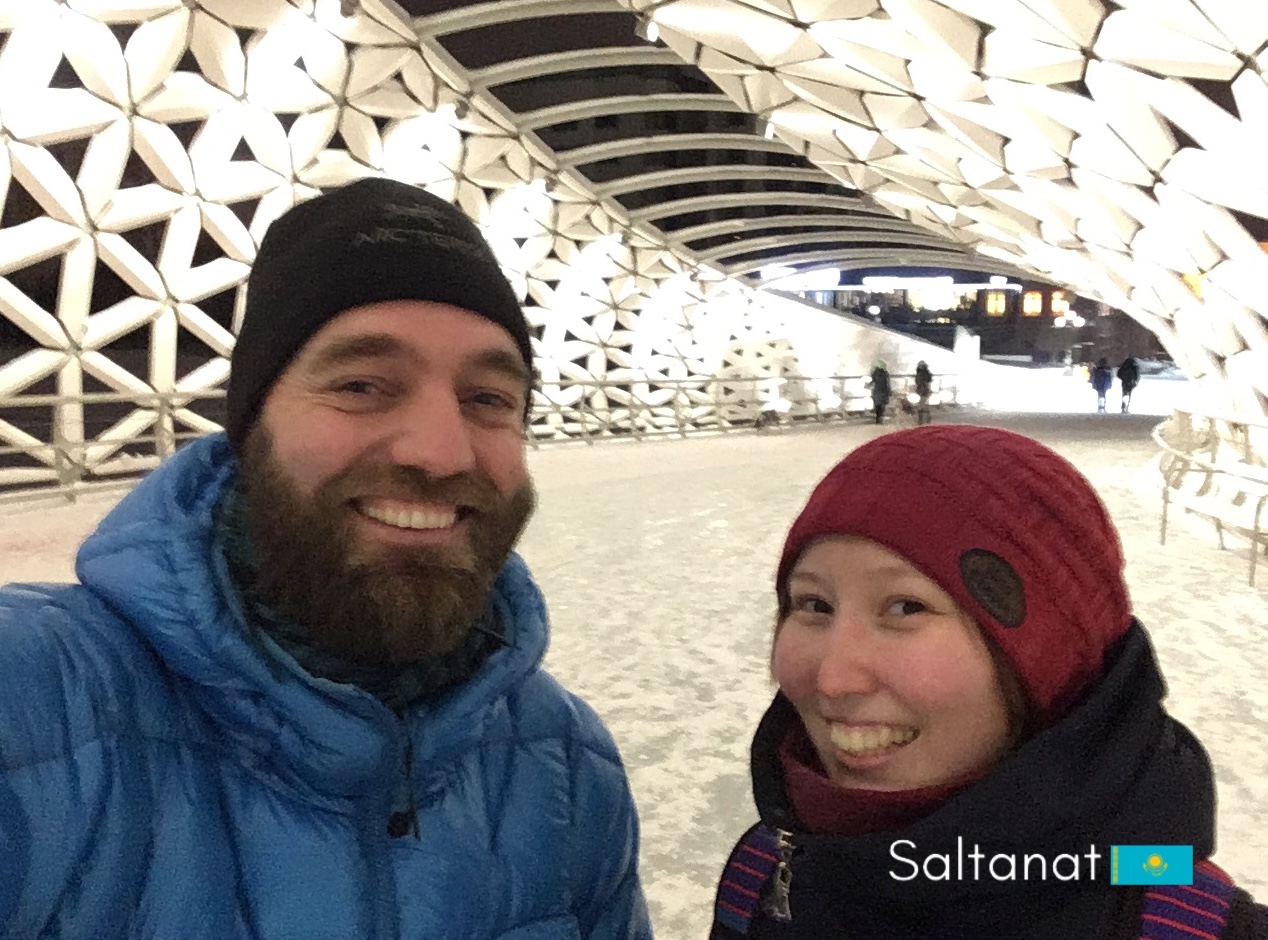 This amazing woman is more proof that a stranger is a friend you've never met before :)

David arranged for me to meet with his friend Satanat. She is a real pearl. She has a cute smile and a good soul if there ever was such a thing. We met up at a local mall and made a plan for my city tour. Then she guided me around for several hours in the snow. Astana does not have any Silk Road history. Astana was a planned capital and it boasts a lot of spectacular sights. It is nowhere near the mountains and for the most part Kazakhstan is a beautiful flat pancake. It is famous for it. The wide open landscape, the horses, the nomads… It gets unbearably hot in the summer and ridiculous cold in the winter. But the people are kind and generous. Hospitality is at large and it is a severely historic country! 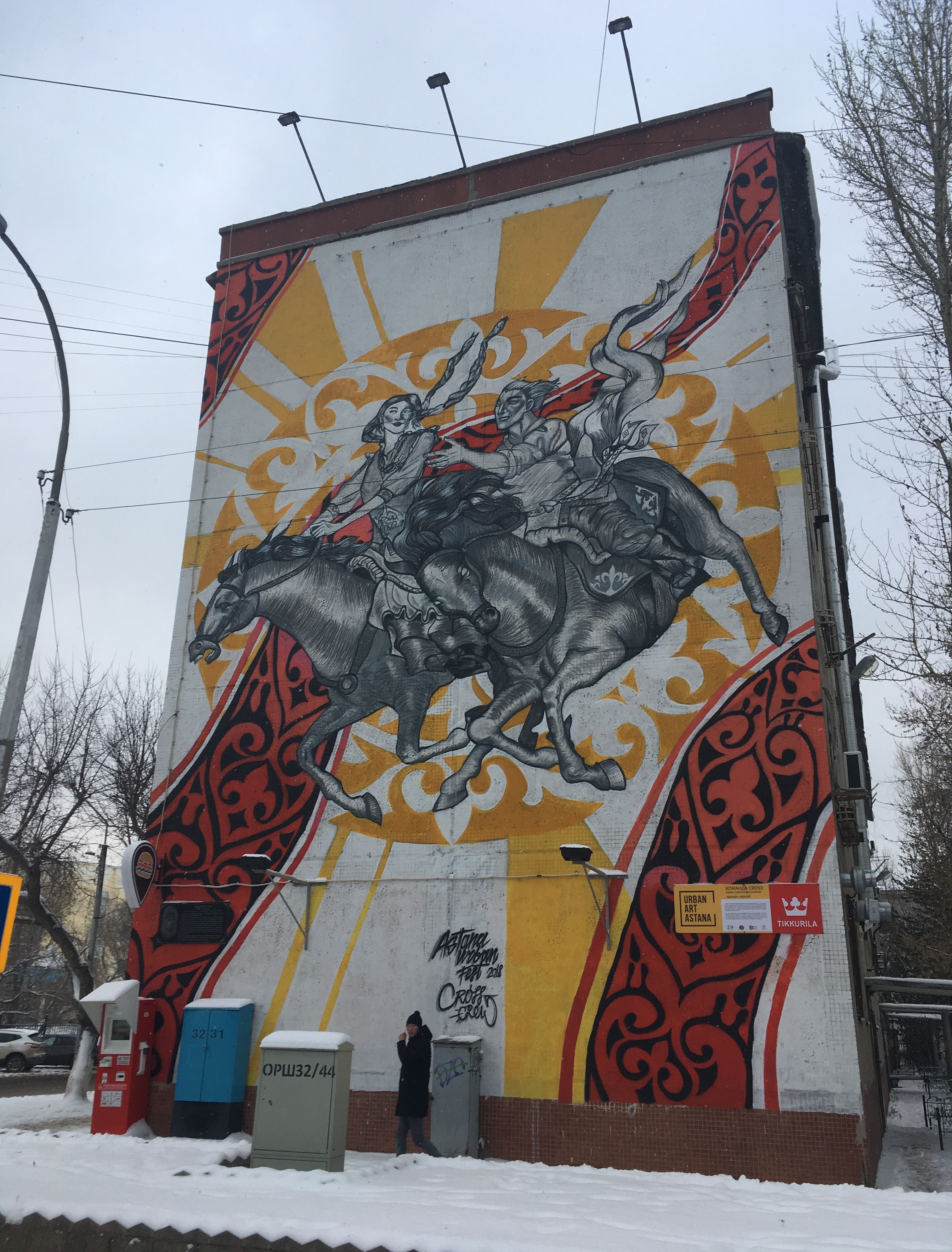 It is believed that Kazakhstan was the place where the horses were first tamed to ride. It is also said that Kazakh means ‘a free rider’. And on that note its worth remembering that Native Americans did not have horses until after the Spanish arrived. Satanat noted that they have sheep too ;) In fact you’ll find camels here as well. And the soaring eagles. The Soviet Union thought that an area near to where Astana lies today would be suitable for a camp called: Akmol Labour Camp for Wives of Traitors of the Motherland. That was a horrible place and a dark chapter for these lands and now that I have mentioned that I figure I should lighten the mood a bit by mentioning that there are more than 150 nationalities living in harmony in Kazakhstan today. The geographical location along with the movement of people during the USSR has made Kazakhstan abundantly international. 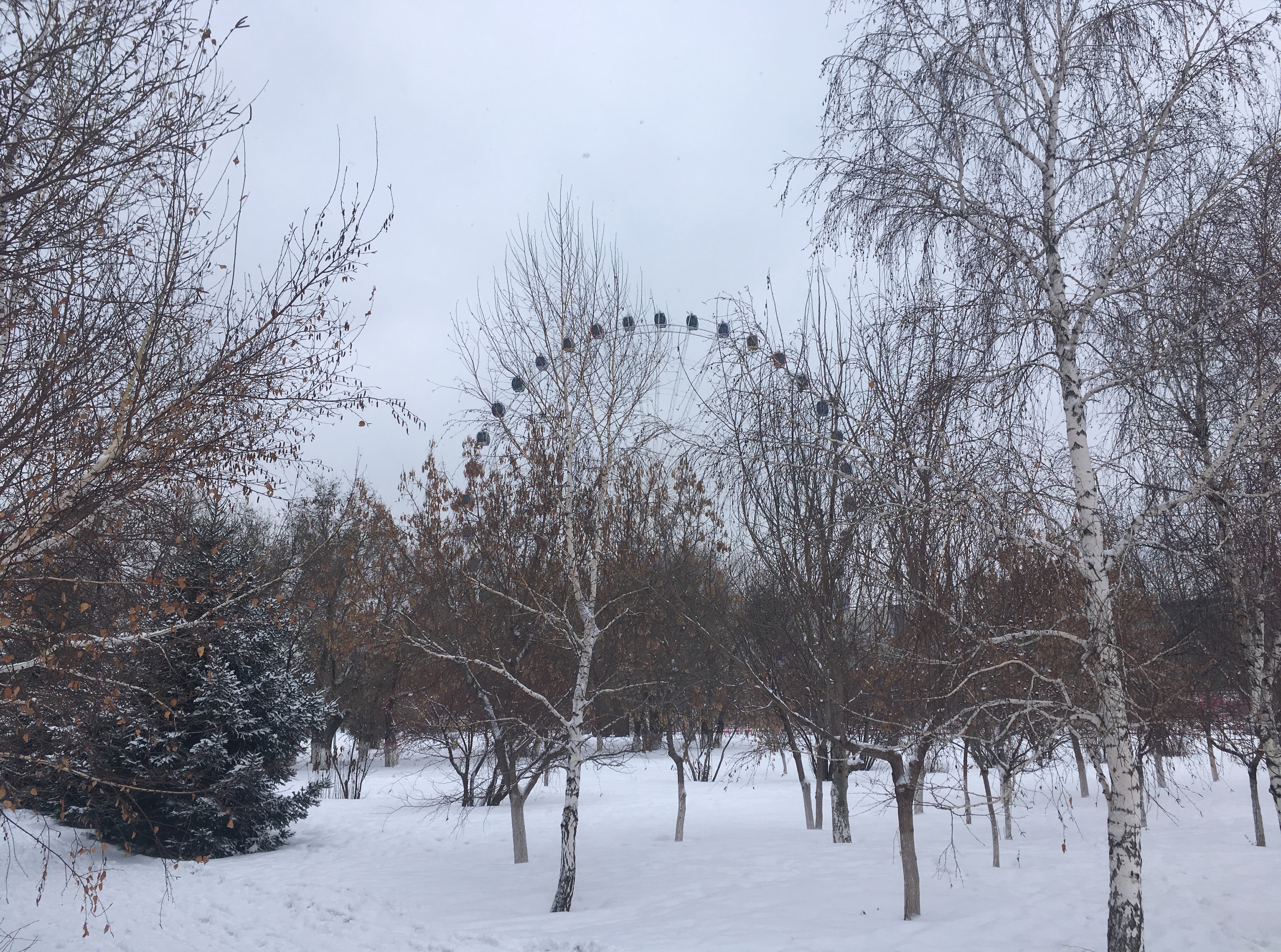 This ferris wheel is still spinning so someone up there has a beautiful winter view of Astana.

Kazakhstan is a landlocked county and borders both China and Russia which must be interesting for the defense ministry.  It however also borders the Caspian Sea which might as well be considered an ocean. You certainly cannot see across. And Kazakhstan is a very recourse rich country! I don’t know…I seem to have a lot of extra heart for countries I have worked in. I certainly have a lot of heart for Kazakhstan. Did you know that Baikonur Cosmodrome is the world’s first and largest space launch facility? It is leased by Russia until 2050. For years now NASA and other space agencies have been sending their astronauts to space from it. And the first manned space flight was made in 1961 from the Baikonur Cosmodrome by Yuryi Gagarin, world famous Russian cosmonaut. I loved seeing that rocket take off from Cape Canaveral in 2014. I’ve never seen anything leave earth before. It was just….amazing! Everything stays on earth. Everything dies here. Nothing really leaves: rockets, airplanes, birds, fireworks…it all comes back. That rocket I saw in Florida just kept going and going and going….it is not coming back. 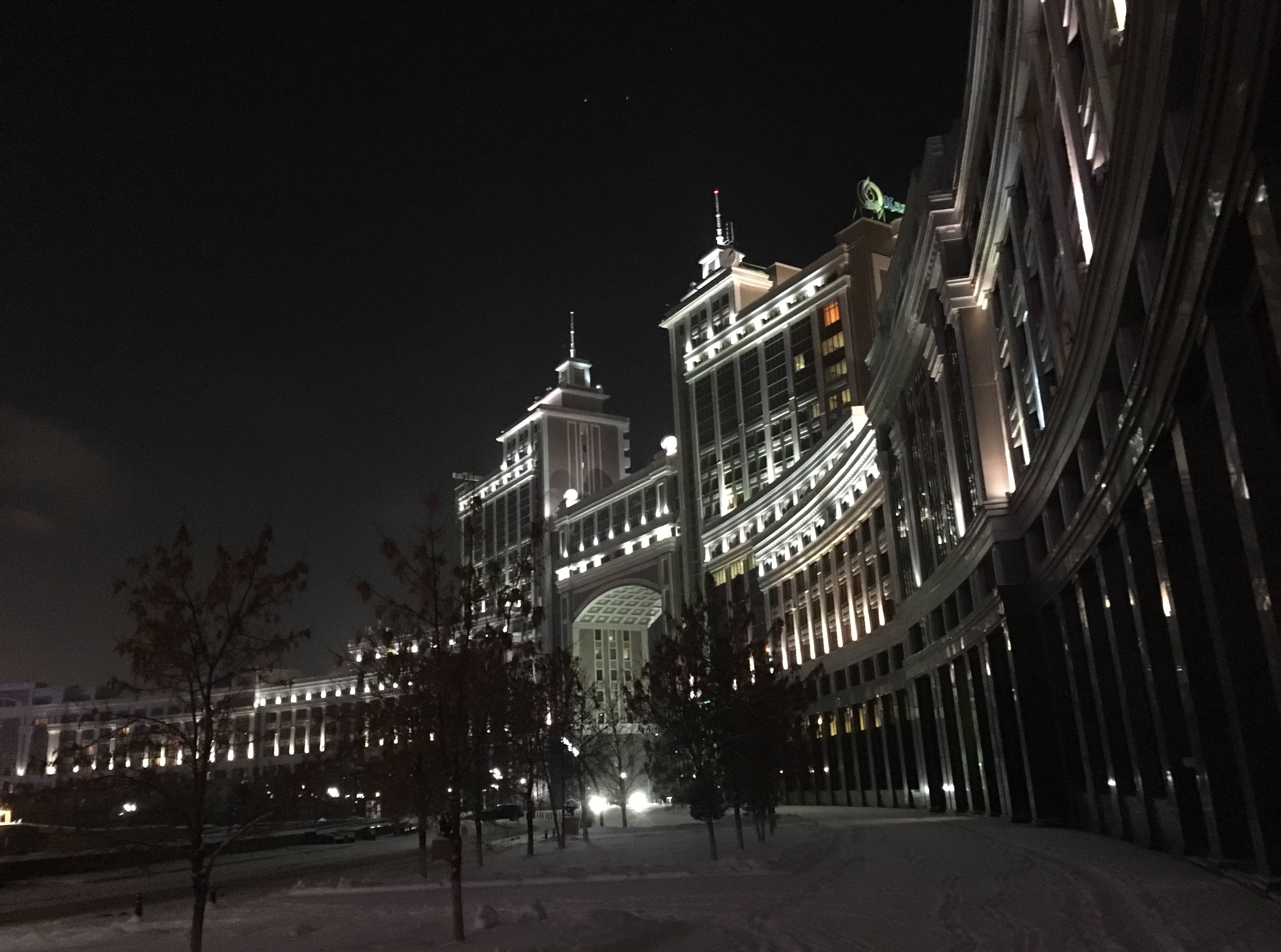 This building is, among other things, the location of the KazTransOil Company. Kazakhstan is one of the world’s greatest providers of oil and natural gas.

You know…sometimes I need a time out! This project is all consuming and I live and breathe it. It’s there when I go to bed and it’s there when I wake up. It has been like that for five years and then some. I can get completely absorbed in a movie. I can completely forget where I am and anything around me. So I worked out where I could find a cinema which featured movies in the original language and they happened to show the new Fantastic Beasts movie so I was game. Popcorn, bottle of water and a VIP seat with adjustable footrest and backrest. I picked a seat in the middle on the second last row. And what do you know…I was the only one there so I had it all to myself. She has done well that J.K Rowling. I enjoyed it. 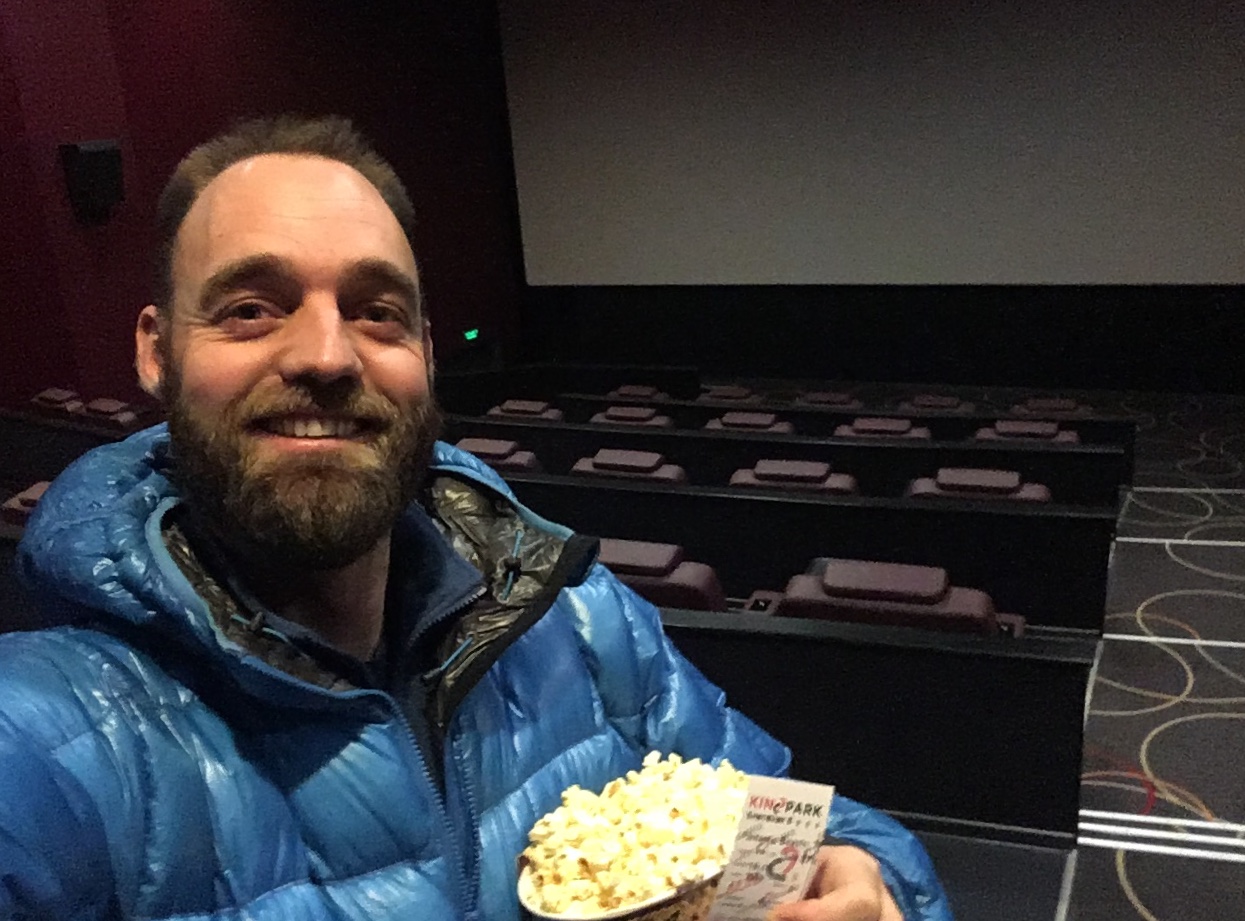 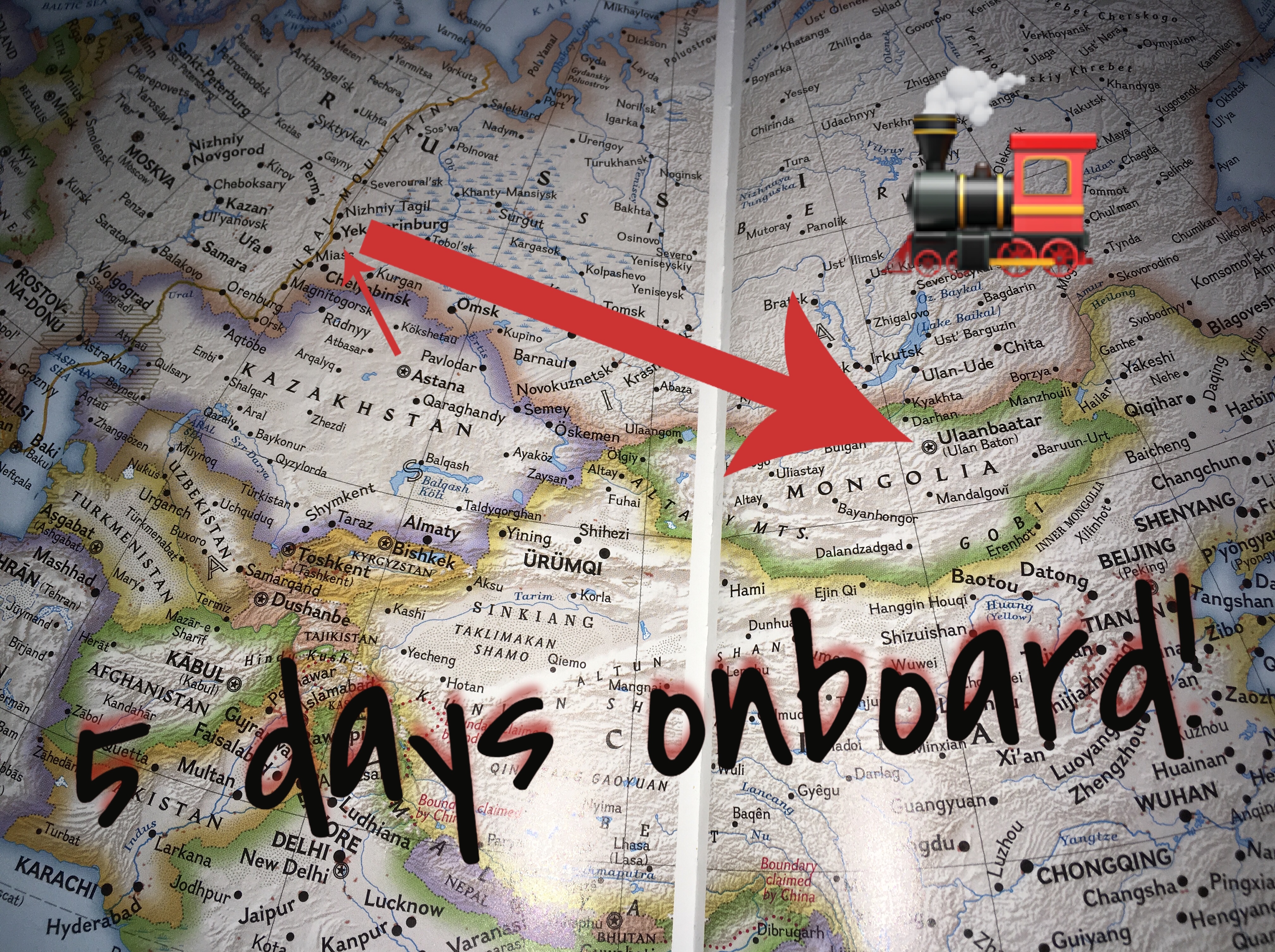 Well, we are on schedule according to the new plan. I got the Russian transit visa ($100 USD) and my train tickets to Ulaanbaatar ($300 USD) and my insurance and off we go. Ulaanbaatar is coincidently the world’s coldest capital so that will be fun. You know that I knew I would hit this region when I was in the Gulf during the hottest season – right? And you know that I don’t plan this kind of crazy – right ;) Well – train is the way to go. You don’t want to be out on the roads in this part of the year in the wintertime. And trains are nice. And I will be at least three days on the legendary Trans-Siberian Railway so that is definitely something! And you know I will be back in Kazakhstan again someday. The land of the Kazakhs. I’ve got to see that cosmodrome!! :) 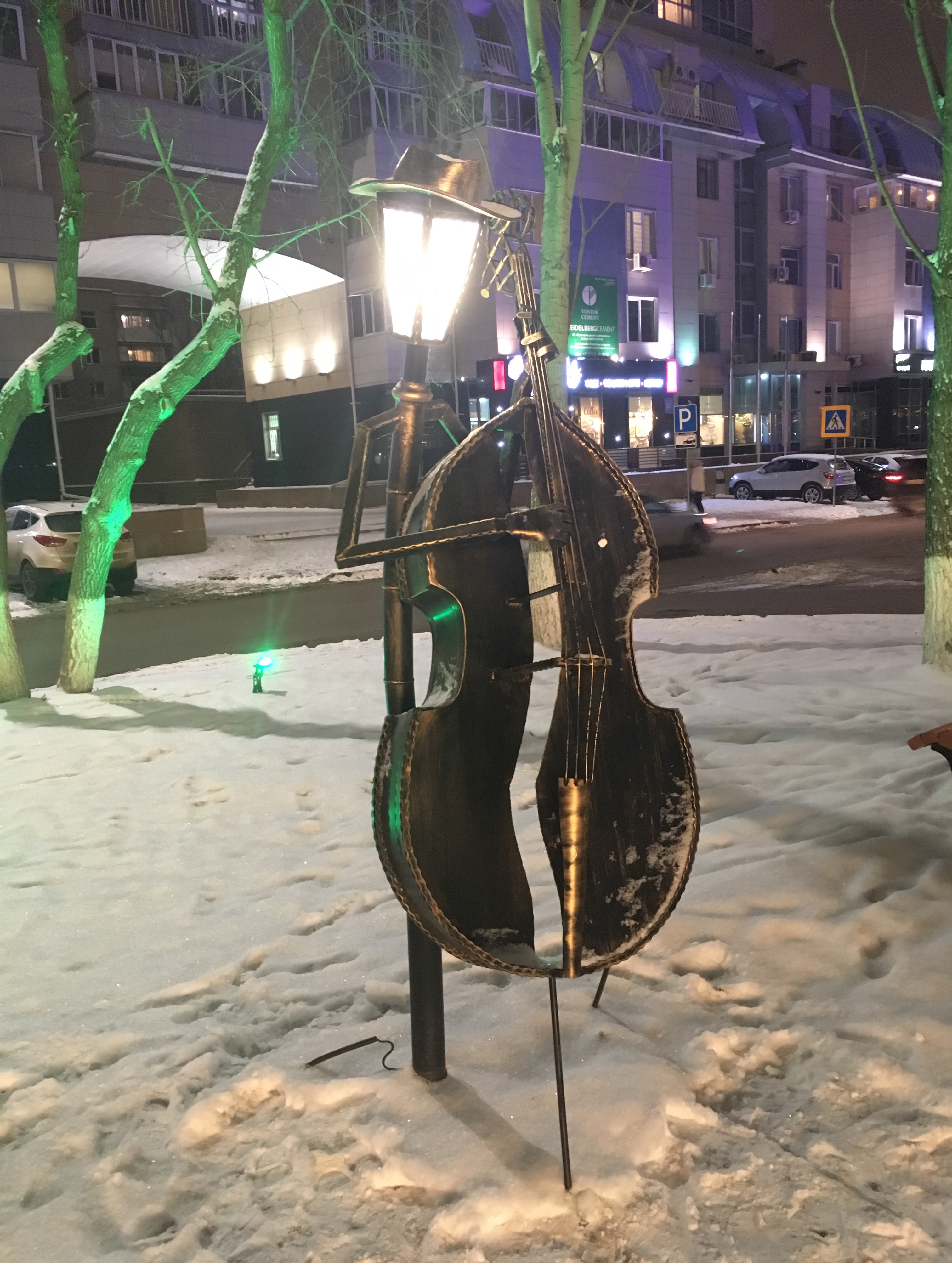 So…I’ve been listening to a song by Sia lately which is called “The Greatest”. It goes a little like this: 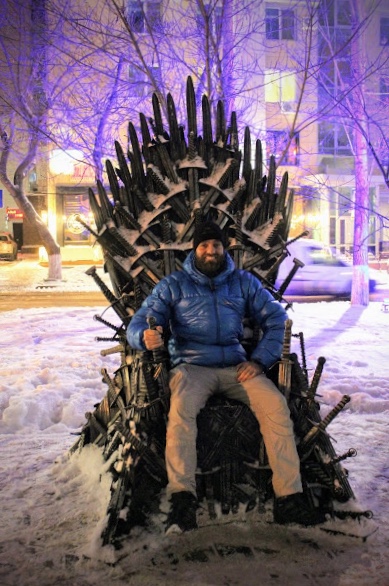 Who else would end up on this throne? ;)

Best regards
Mr. Torbjørn C. Pedersen (Thor) - I won't give up ;)
"A stranger is a friend you've never met before"

Do you remember that time I gave up and went home? No? Niether do I. It must never have happened over the course… https://t.co/gqbUtNovJu

@soroosj Hi, no I haven’t considered that. Most remaining countries are in the Pacific and Sri Lanka and the Maldiv… https://t.co/gy8cf1ShU8