I sort of get why people give up. But I don't have that in me. 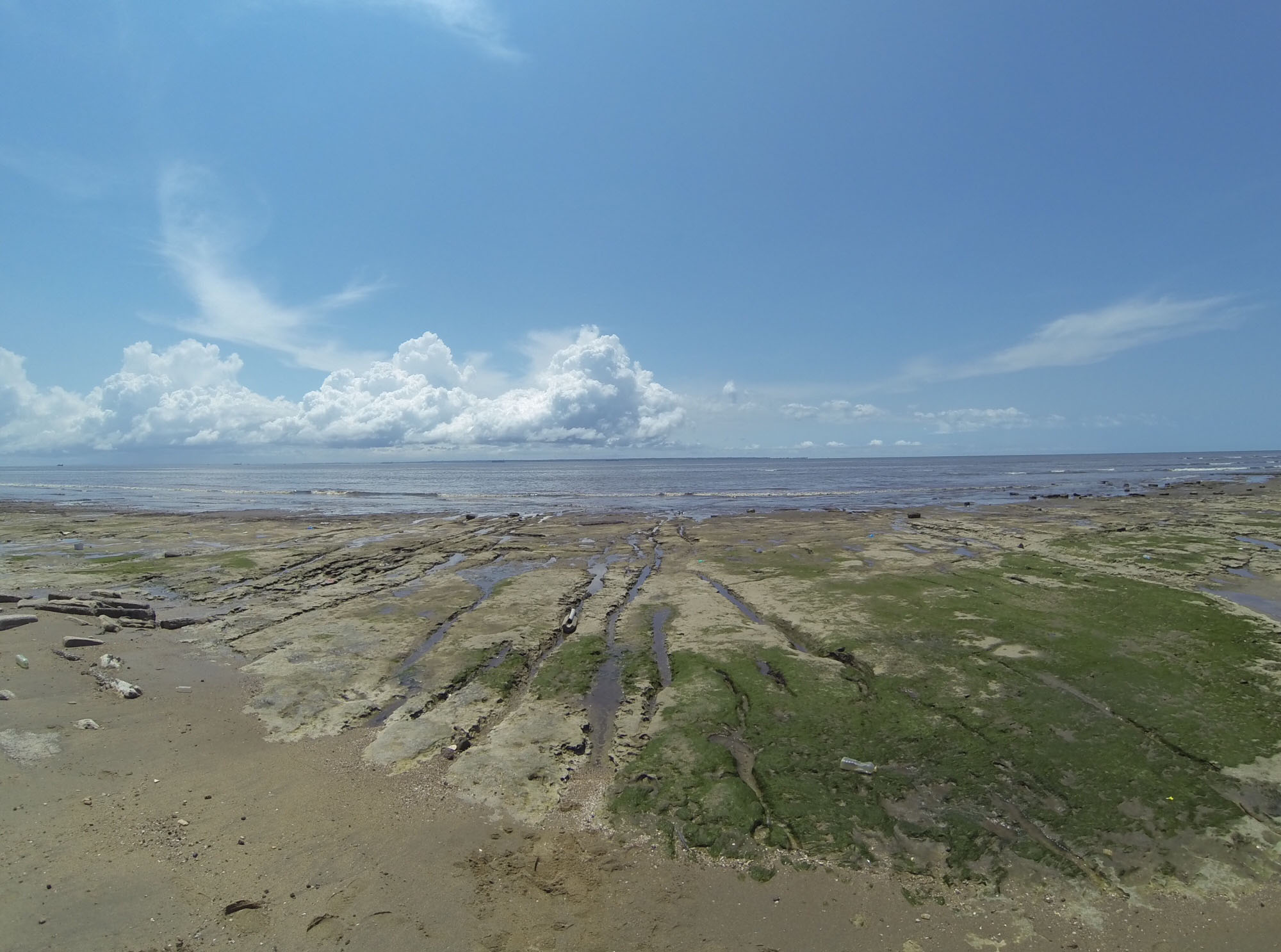 Gabon is certainly one of the most developed countries within this region. There is no doubt. You can read more about my fondness of Gabon in last weeks blog: http://www.onceuponasaga.dk/blog/114-gabon-c-est-bon-c-est-bon-c-est-bonBut what I didn't mention last week was that the capital, Libreville, has sidewalks and garbage bins throughout a lot of the city. If that doesn't seem strange to you then it's because you haven't been to any of the surrounding countries. While most countries have roads and traffic they haven't prioritized the pedestrians. But here you will find sidewalks. And while most of these cultures have a nasty habit of throwing waste everywhere you can find bins and dumpsters in Libreville which are emptied every day. However some people are still prone to throwing their waste on the ground. All I'm saying is that these are basic things to some - and high level achievements for others. 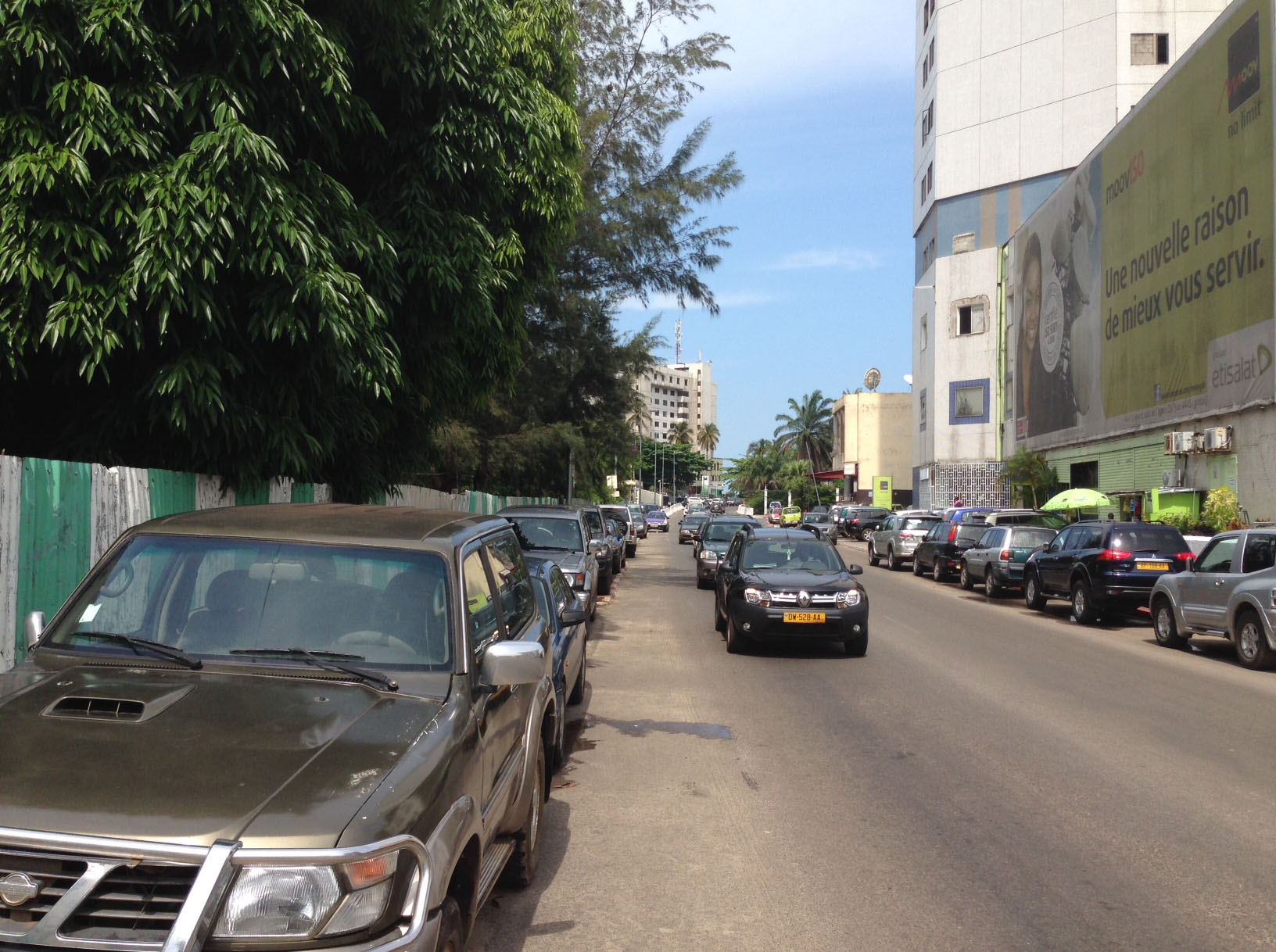 Unfortunately the sidewalks are often covered by vehicles so you need to get out on the road anyway.I think that a lot of undeveloped countries would have a really good start of archiving development when they show some pride of the land they live on. And you don't throw waste everywhere around you if you are proud of the land. In my opinion that is disrespectful. I would personally rather walk for hours with plastic in my hand than throw it on the ground. For those of you that have been following for a while and for everyone else as well,  I can now inform you that Sierra Leone has been declared EBOLA FREE!! :) It's time to celebrate!! A person can be declared free of Ebola when 21 days have passed. But a country must have passed the 42 day marker. The World Health Organization declared Sierra Leone Ebola free on November 7th 2015. And that is quite an achievement. Now I'm not going into some rant about the Red Cross and how much the Red Cross has done in the battle against Ebola. But it is a proud moment for everyone to have come this far! 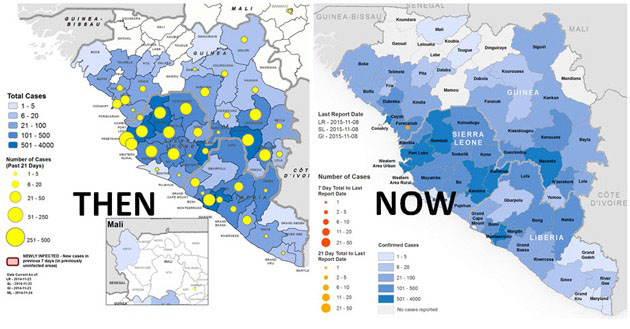 The yellow dots on the left represent Ebola.When I originally planned on how to visit Saõ Tomé I searched the Internet (which we all know never lies) and found a ferry service which departs Gabon 5 times a week. No worries then? But the reality proved different. That ferry line had been discontinued and I was told that my next shot at getting on a boat would be 3-4 weeks into the future. That's when I headed to the 2 Congo's to visit them both, but even that failed and I only visited the Republic of Congo. Things get unnecessarily difficult in and around this region. Mind you: This region does not represent all of Africa! I'm in Central Africa on a giant continent with hundreds of million of people and 54 countries. So it's just this region that's tough so far: Central Africa. 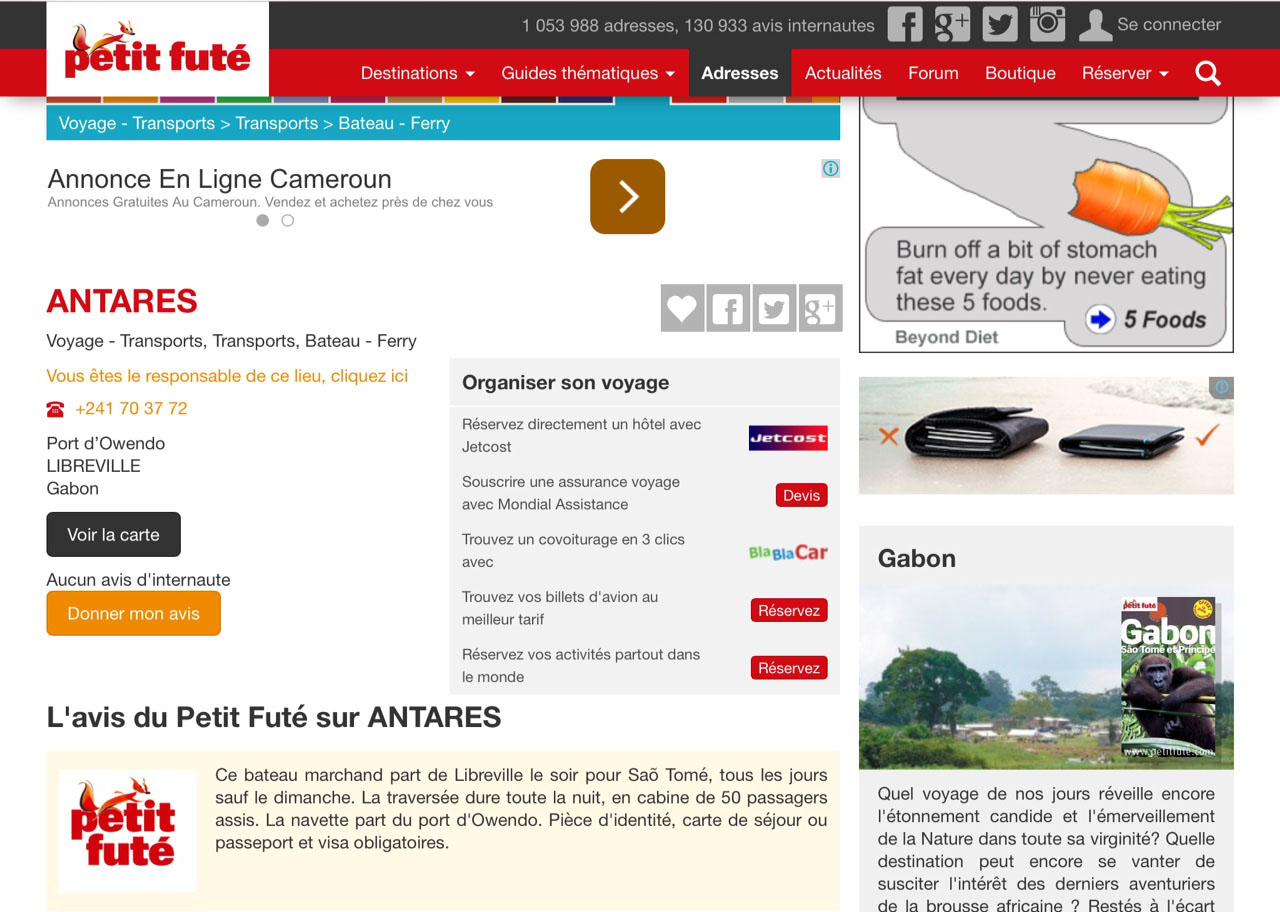 The ferry which no longer exists is still paying to have its webpage open.I'm taking care of Nav's home for the time being. He trusted me with the keys while he went to India. Great guy! For that and much more! Since I've been here the main gate broke. I had that fixed which took several days to arrange. The power then cut out. It's a system where you go to a certain store and make a deposit. In return you get a code. Then back at the house you punch in the code and get your electricity back. Try organizing all of that for the first time in a foreign country where you hardly speak the language! But I managed. Then the Internet cut out. There is usually great internet in the house. But it stopped working. It turned out that the last invoice had not been paid and since Nav was in India, and thought the apartment would be empty, he didn't mind. I wagered if I wanted it back or not? In the end I decided to get the Internet back by visiting the provider and paying for it. You will not believe that dance!! The Internet came back 8 days after I had made the payment. I imagine it took them seconds to turn it off? Those 8 days amount to around a hundred phone calls and many lost hours waiting for a technician who eventually never even was required. Waiting for confirmations and people in odd departments checking if the payment had actually been made or not and much more. What a circus! And everything in French. 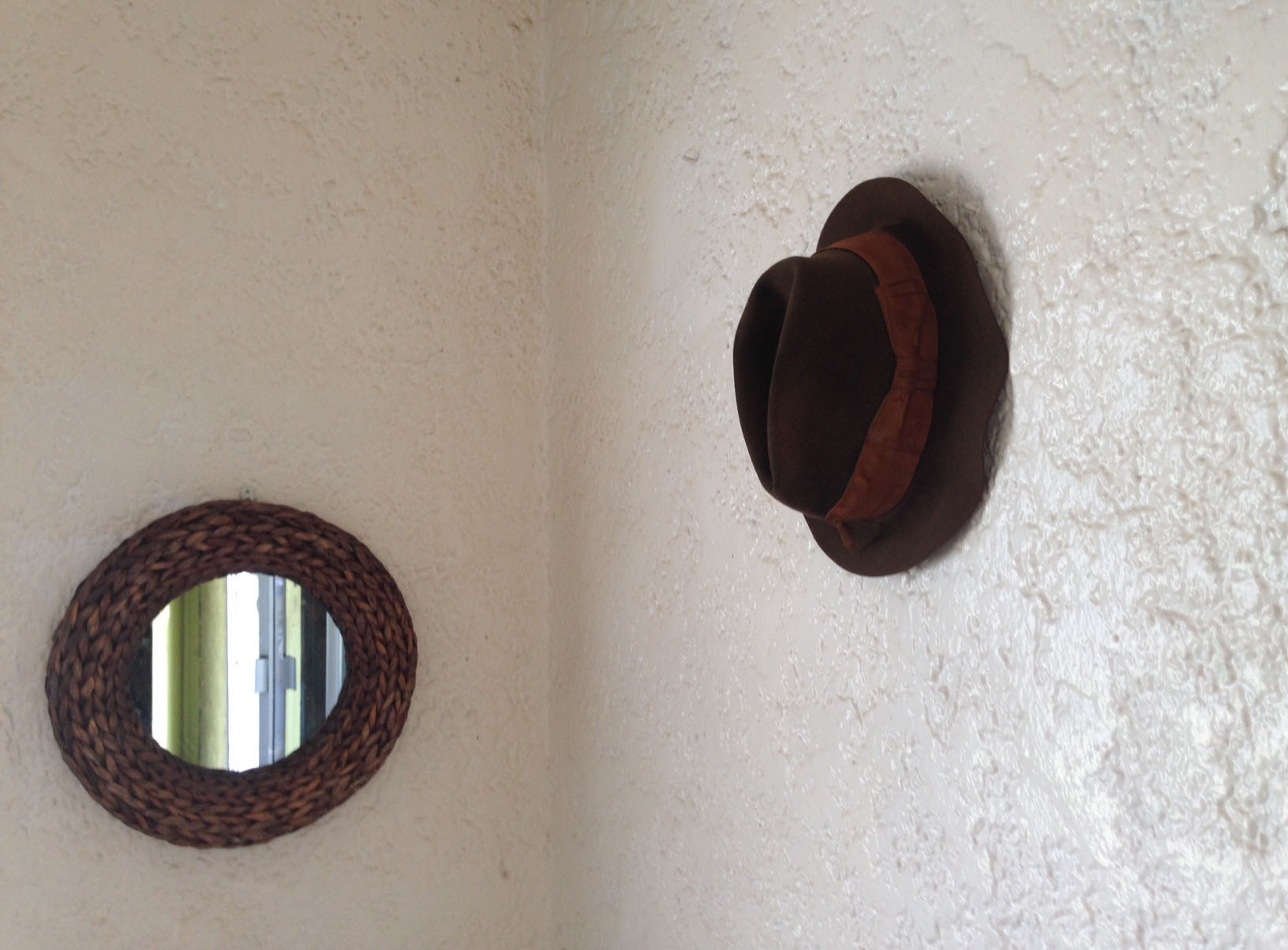 Wherever I hang my hat...I think Gabon is great for visitors. Then you have everything handed to you. Or even for expatriates...because they usually earn well and can afford a housemaid who can arrange for such things. But if you are living here...and you have a relatively low income...then you are forced to deal with such things on your own. And stuff that takes minutes in some countries can easily take hours or days around here. It slows everything down...And what has our world come to? Why are there no longer ferries so that you can reach islands? I have deep respect for Johnny and David who on their separate projects are visiting every country in the world. But those "fly boys" have it easy :) I'm however certain that they would both disagree on that. Especially Johnny (http://onestep4ward.com) who just had quite the adventure in West Africa going overland between countries. Funny, I remember West Africa being easy for me ;) 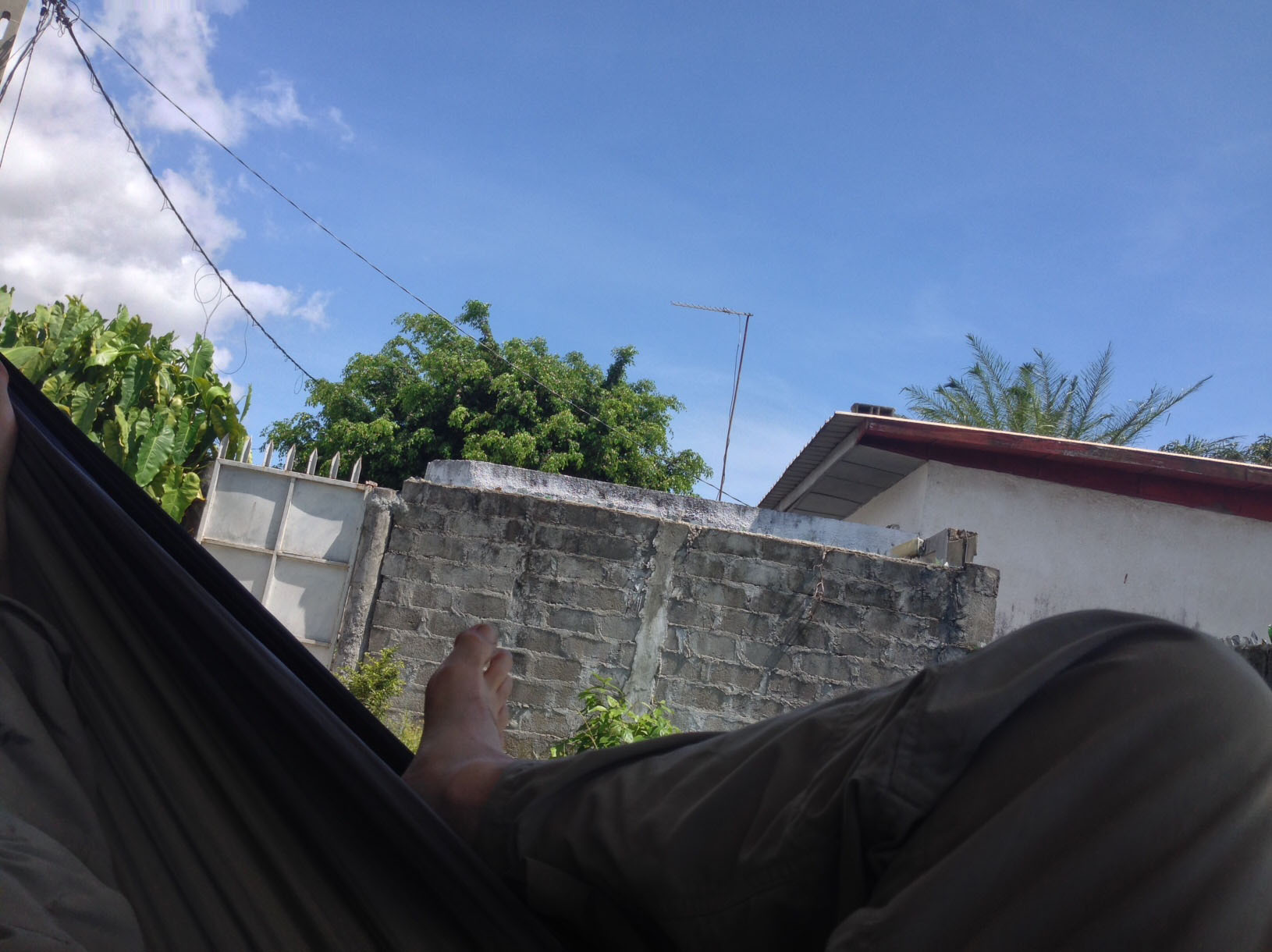 Where are all the ferries? A year ago the Caribbean was quite the challenge!! No ferries even when you could see from one island to the next. There used to be ferries but they have been discontinued. Now you need to fly or get really creative. Same story for when I reached Cape Verde from Senegal in West Africa. No ferries and no boats of other kinds. Why are these countries not trading? You cannot get closer to Cape Verde than Senegal without getting wet.And now Saõ Tomé & Príncipe. The ferry has been discontinued. I managed to locate another ferry service but the boat was out on an alternative route. And later on the story changed to this ferry being in São Tomé with engine problems. And I waited for that boat for 3 weeks before a new option appeared. A freighter was coming from Cameroon to Gabon. It would then proceed to Saõ Tomé and then back to Cameroon again. And now it is here. I was due to leave Gabon yesterday, but when I showed up at the port I was told that departure would be Friday (today) in the evening. So I made it back to Nav's place again for the night. 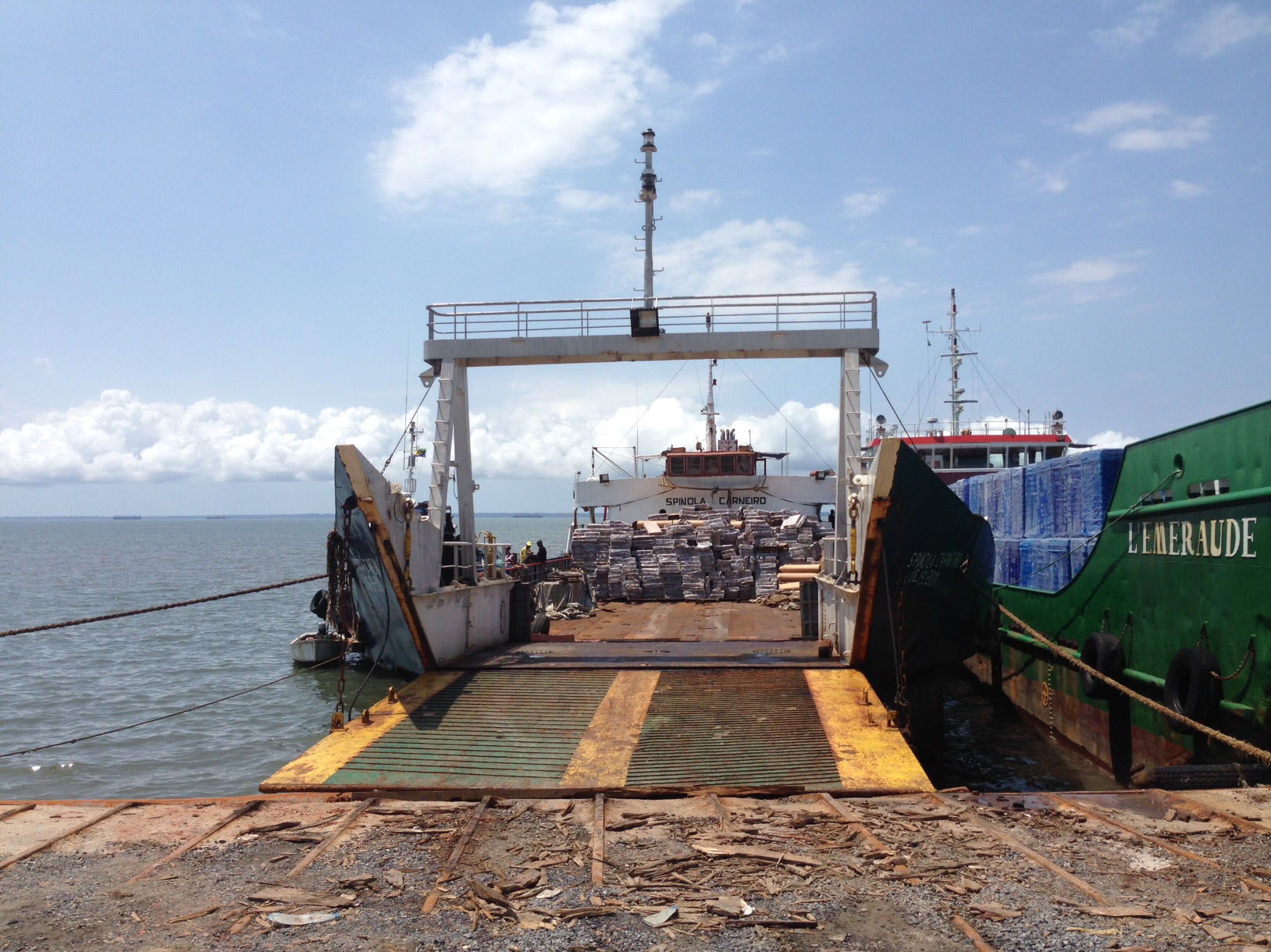 My ride across the ocean to Saõ Tomé.Funny thing though; next to the freighter a smaller boat with a Portuguese captain was also going to Saõ Tomé. How come no one had ever mention this boat? I spoke to Fernando (the captain) and he told me it's not a frequent thing. But now he is here. What else can suddenly appear? It goes to show that nobody knows. Nobody is looking for a boat to Saõ Tomé so they have no idea which options exists. And even the port masters and the harbor workers at the 3 ports here (Owendo, Antares and Port Mole) had no idea...they certainly didn't tell me. They all know the same song: "It isn't possible - you need to fly". That's always the story and it was certainly also the story when I crossed the Atlantic Ocean in the wintertime: "It's impossible!". And here we are anyway :) 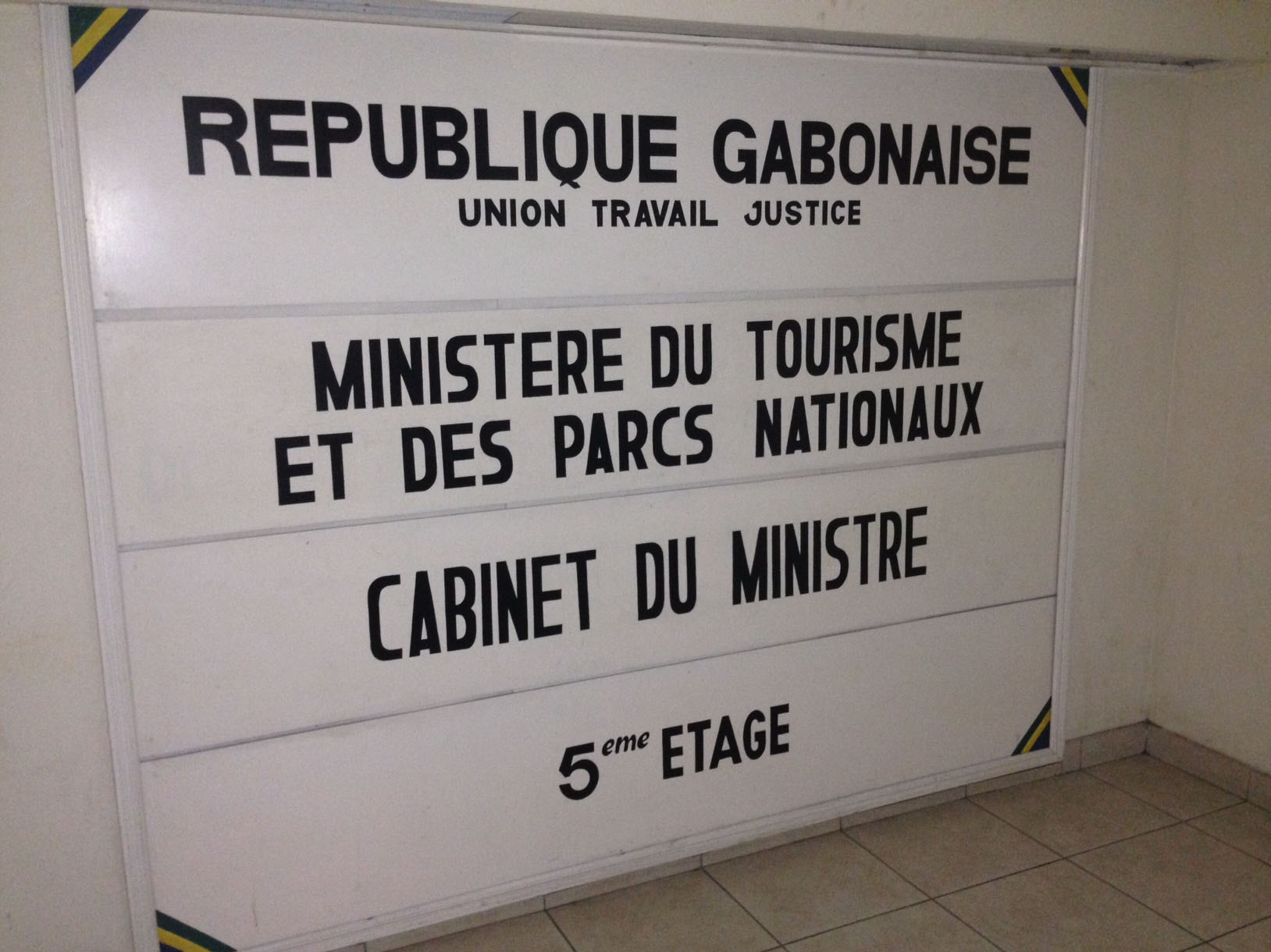 I also stopped by at the tourism ministry to make some new friends. Couldn't hurt ;)The Red Cross Red Crescent is doing amazing work all over the world. The kind of work that would make a hard man cry...and it has in many occasions. Don't ever get me wrong! I have come to love the work which this worldwide movement commits too. It's unparalleled to any other humanitarian organization you have ever heard of. It's more powerful that the United Nations. It is neutral and can work where no one else can. If you only knew what I know now after having visited and interviewed so much of it. It is extraordinary!! So when I get upset with the Red Cross from time to time then it is not related to the humanitarian work which is so desperately needed in many places. Did you know that the movement reaches more than 150 million people EVERY DAY!?! I guess you didn't ;) 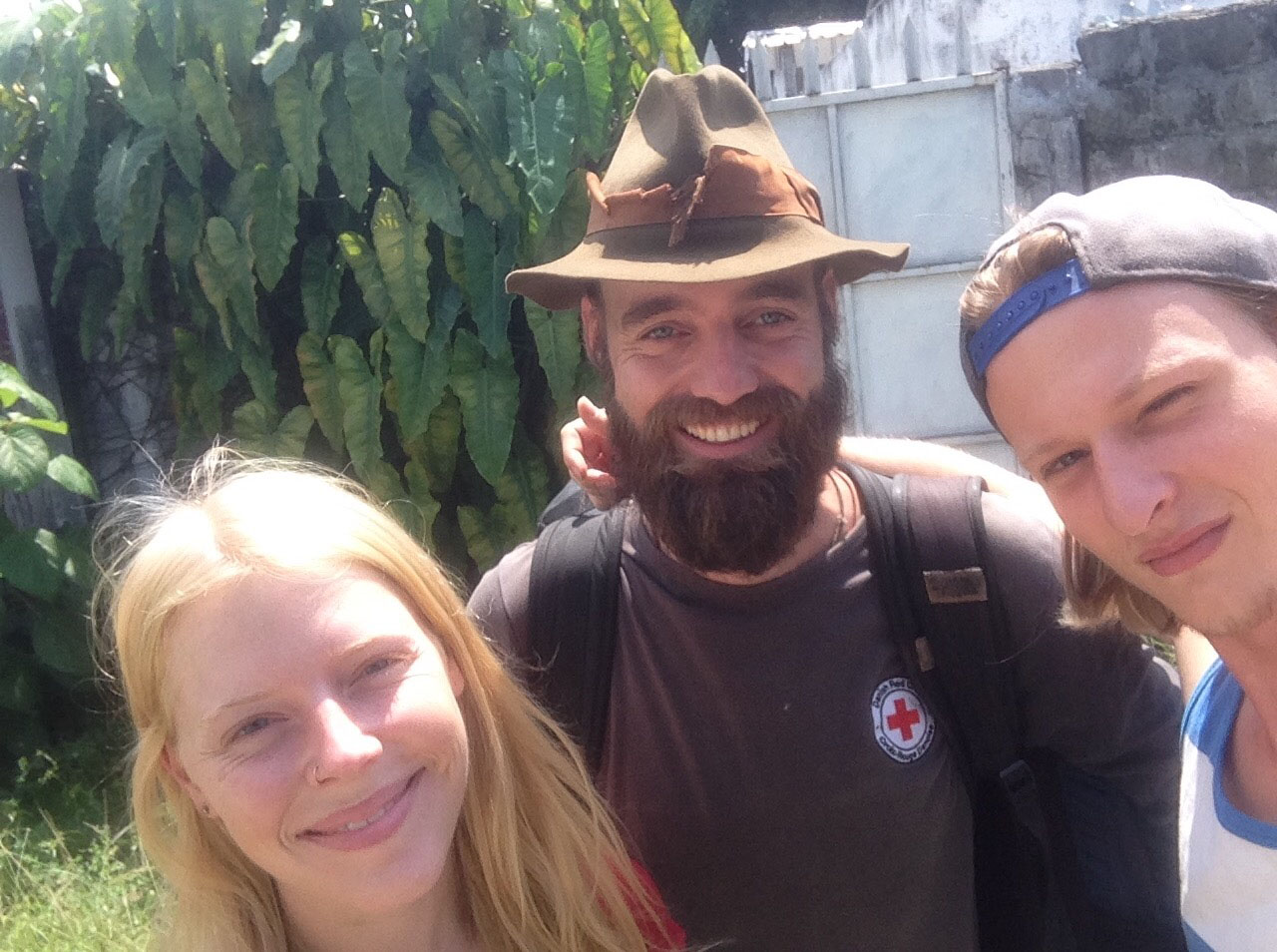 And finally said farewell to Fabio and Laura again. This time I was wearing the backpack (we shared Nav's apartment).I get frustrated with other stuff. Like when people out there think I'm on a 4 year paid vacation. Or when I receive absolutely no credit for finding a near possible solution. But I do get that it is very hard to relate to this project. So here is an interview which explains the Saga quite well: http://thehantucollective.com/why-travel-every-country-in-the-world-without-flying/And congratulations to David (http://world-adventurer.com) by the way. He landed in Malabo (the capital of Equatorial Guinea) yesterday getting one step closer to his goal. The visa wasn't easy for him to obtain. But there is some amount of evidence by now that it is much easier to get it if you are FLYING into Malabo. Those "fly boys" have it easy ;)Best regardsTorbjørn C. Pedersen (Thor) - not flying. Not at all ;)