Snapshots from another week in Hong Kong

Hey there, LOTS of stuff going on these days!! So this will be a really short, picture based entry for you to enjoy.

“To walk a mile in another mans shoes…” It could be a woman’s shoes too!! I don’t want to get in trouble now during these gender equal times. I just don’t wear woman’s shoes. Not that there is anything wrong with that!! Please wear whatever you want. And is there even such a thing as men’s shoes and women’s shoes? Is it just shoes now? Darn it…a few lines in and I’m already off track. What I meant to say is that from personal experience I believe that we assume too much about other peoples lives. Generally, things do not come easy. I was recently approached by an organization with 33 million followers across social media. They will be featuring a short 3-4-minute video about the Saga which will reach about 6-8 million accounts. I’m not sure if I can share which organization it his yet so lets just call it “Badingadoo”. I thought about calling it “X” but this is more fun. “Badingadoo” appears to be highly successful and I’m sure it didn’t come easy. We were out filming here in Hong Kong yesterday between 10am and 6pm. It was pretty intense with a number of very specific shots we needed to get done before the sun went down. The footage, which took up about 300 gigabytes, afterwards had to be uploaded to “Badingadoo” so they could download it and start the editing process. “Badingadoo” began with a single person who used to do everything: research, communication, traveling, filming, editing, uploading, sharing and more. Now “Badingadoo” has a staff of fifty employees. And after a full day of filming along with the editing etc the output will be a short 4-minute film. Think about that. The camera crew here in Hong Kong consisted of three people plus me. Then the editors, the communication team, managers and a lot of other people get involved in producing a 4-minute film for social media. Could you do it? 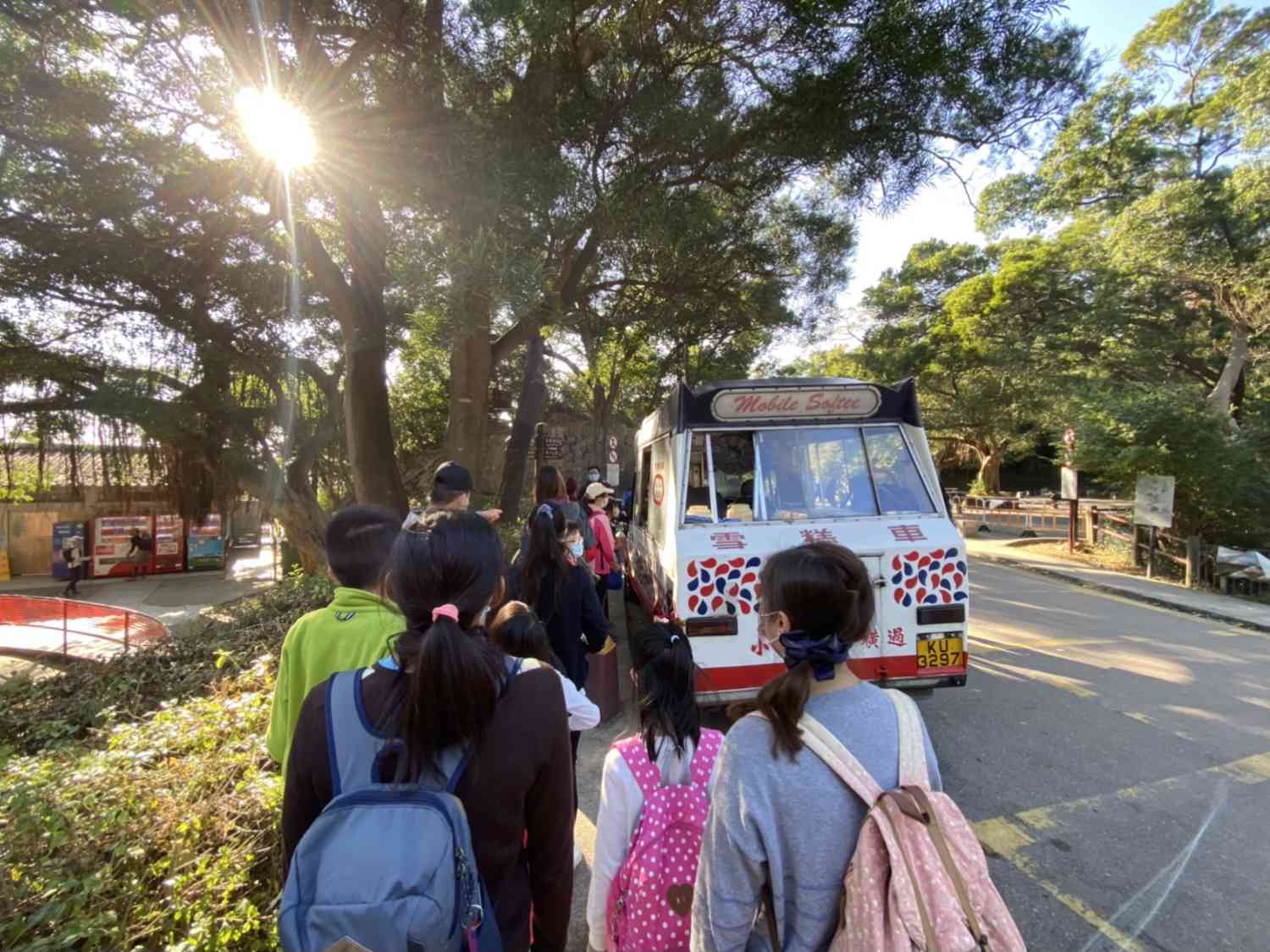 People are just people. And people queue up at ice cream van's on sunny days :)

I recently met a great guy who got inspired by Joe Rogan’s podcast which likewise reaches hundreds of millions. This fellow then thought to himself: “how hard can that be?” All you need are a couple of microphones, a few cameras, a YouTube channel and a guest. Then you sit and chat for two to three hours, edited it together and upload it. Bam! Done deal! Well, it turned out to be hard just to get in touch with potential guests. It is the same old, same old: “Usain Bolt only had to run for less that ten seconds to gain worldwide fame and recognition”. Sure – but he had to train just about every day for twenty years to get there. What is wrong with normal? Why not just have a favorite chair and a good book? Why not just have a job and be good at it? Why not just be the best parent you can find the strength to be? Why not just be another brick in the wall…nameless, unknown, not unaccomplished – but a penguin among many? I sat out to become the first person in history to reach every country in an unbroken journey completely without flying. Here we are, just nine countries from the goal. Do I feel happy? Yeah – sometimes I do. Am I happier than when I left home? No – less, I think. Will I be happy once I return home accomplished? Yeah – sometimes. And sometimes I won’t. Will I be happier after completing the Saga than what I was when I left home? No – probably not. Maybe the same. What am I trying to say here? I’m saying: live up to your potential, appreciate what you have, become a better version of yourself and don’t overcompensate. Normal is good. Be a penguin. 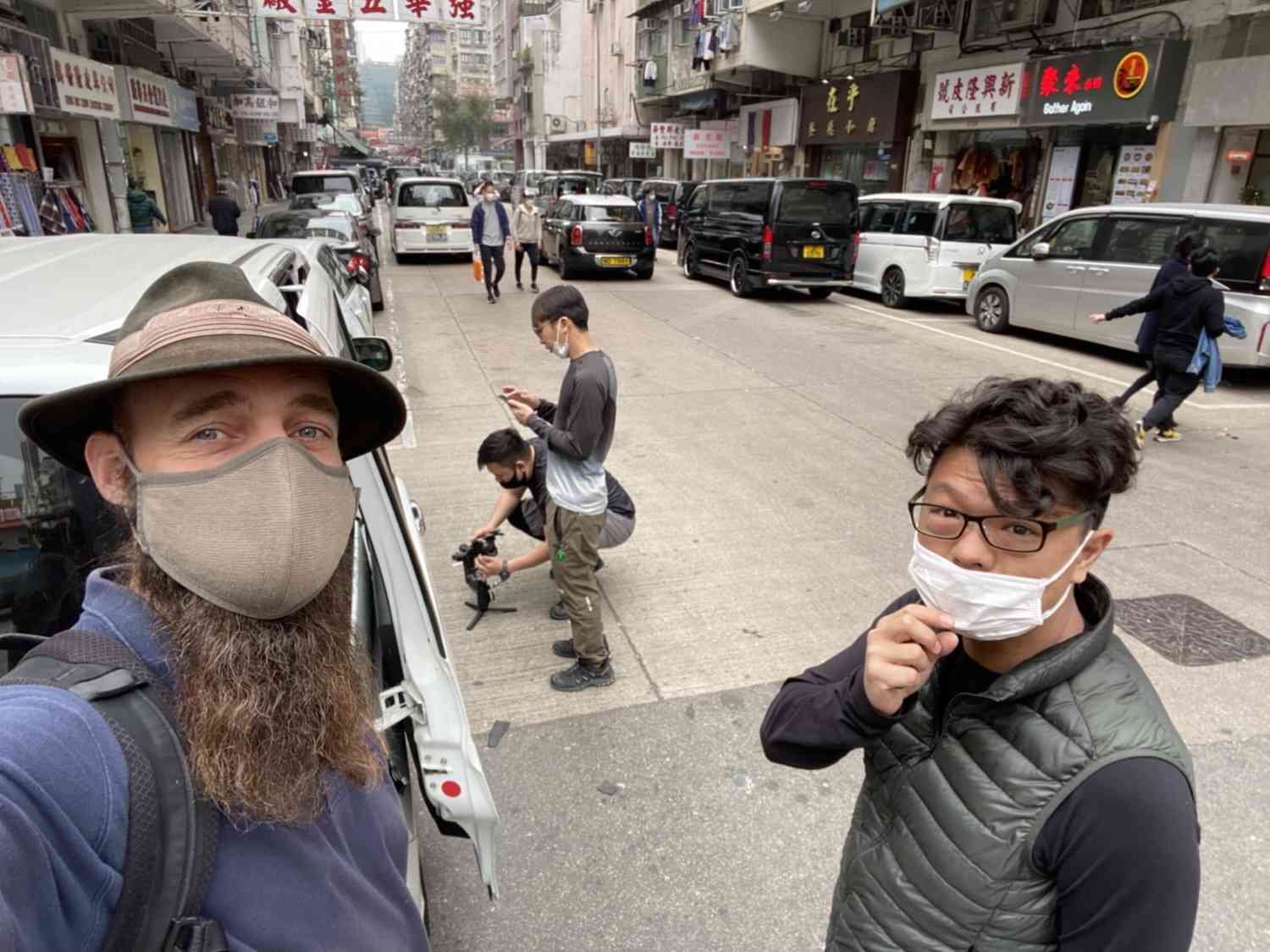 Filming for "Badingadoo" together with Woods, Kim and Michael.

The activity level has picked up greatly in recent weeks. A lot of it is going on behind the curtains of Once Upon A Saga and will be revealed to you at a later point or maybe never. A part of the increased busyness on my part is wanting to do too much. I could have a lot more air in my daily schedule if I cut some of the social engagements away, turned down more interviews, hiked less and generally set lower expectations to myself in regards of reading books, following the news and pleasing people. These days my head is spinning and I’m not getting enough sleep. However, I’m sure things will soon balance out again and my life will be calmer. With the pandemic raging on and out of control in certain countries the outlook on borders opening up anytime soon remains bleak. COVID-19 has as expected mutated. In this case to a far more contagious variant which is predominantly seen in South Africa and the UK. It has made its way to other countries and we would be kidding ourselves if we believe that it is not going to go everywhere. Look at the mess we made out of the original variant. Does anyone really believe we are capable of containing a more contagious one? No news to be found here but just as a reminder: wash your hands, use a mask when appropriate, keep social distance and use common sense. Smarter people than us are going to save us with the world’s largest vaccination program. I have personally received more than thirty vaccinations and would happily welcome one more. Okay, enough…the rest will be in photos and captions :) 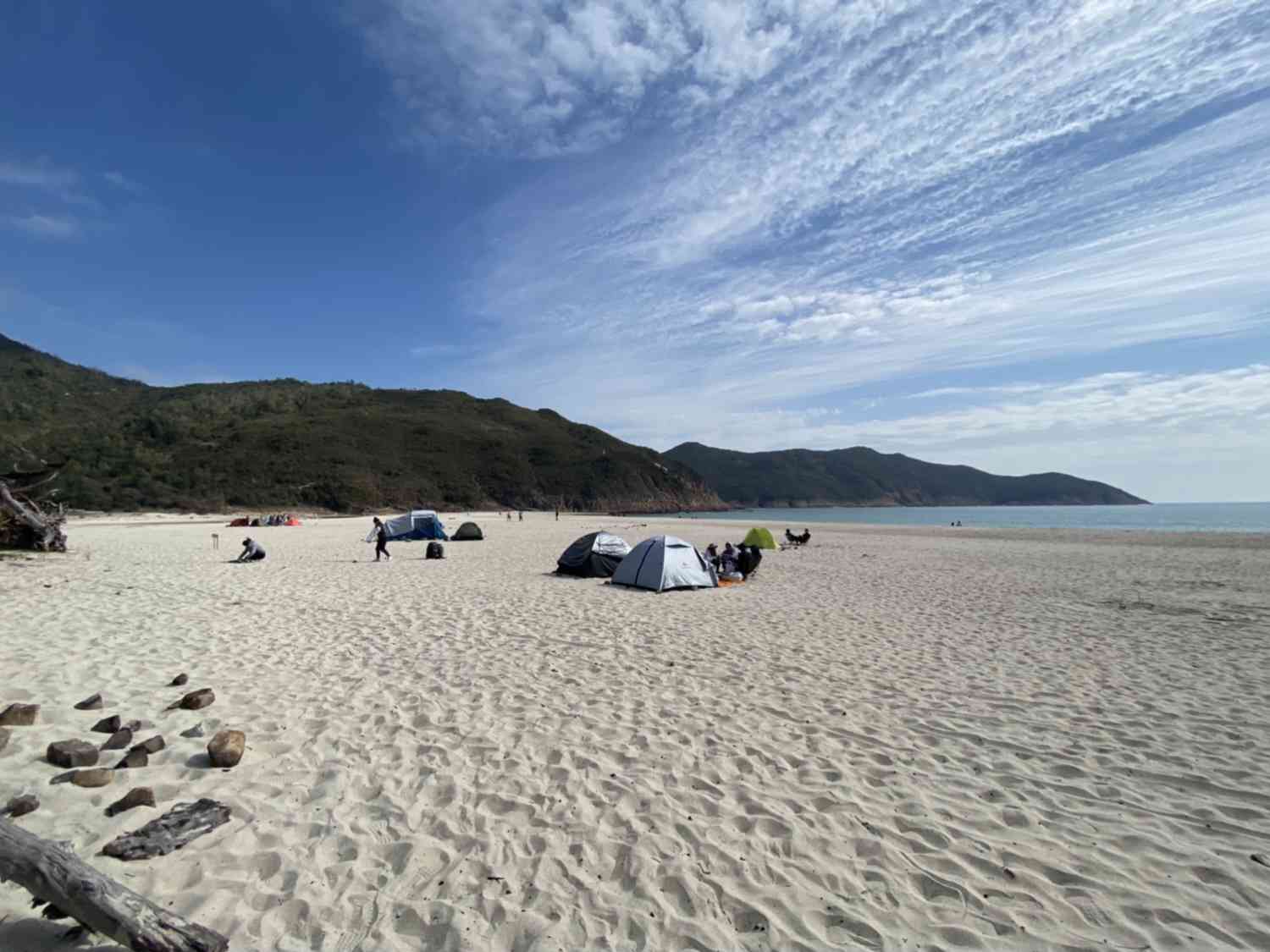 Temperatures have been dropping below 10 degrees Celcius (50 F) but Hongkongers are still camping. Love the spirit! 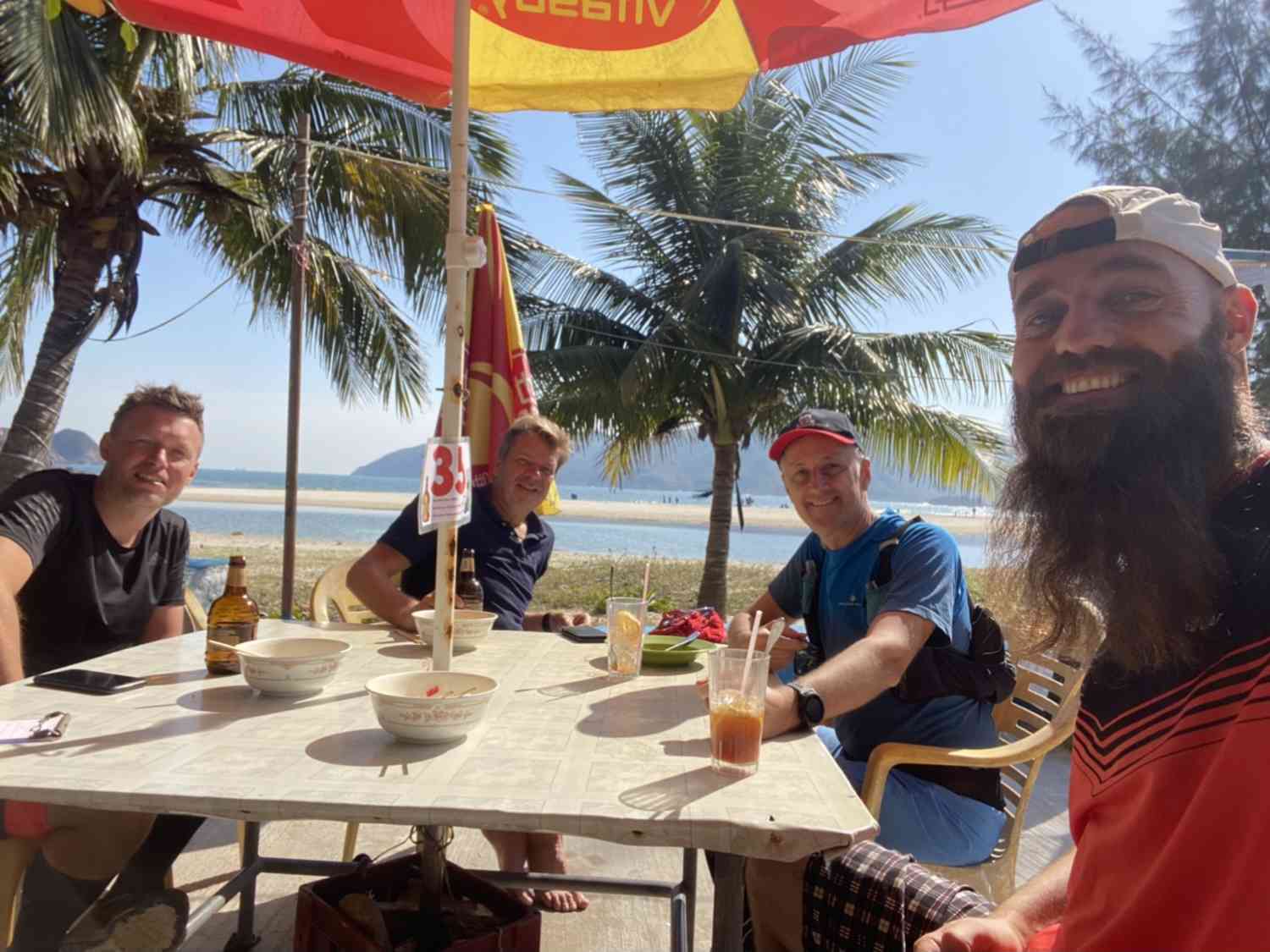 Lunch break with Kenneth, Thomas and Anders during a hike along MacLehose stage ONE and TWO. 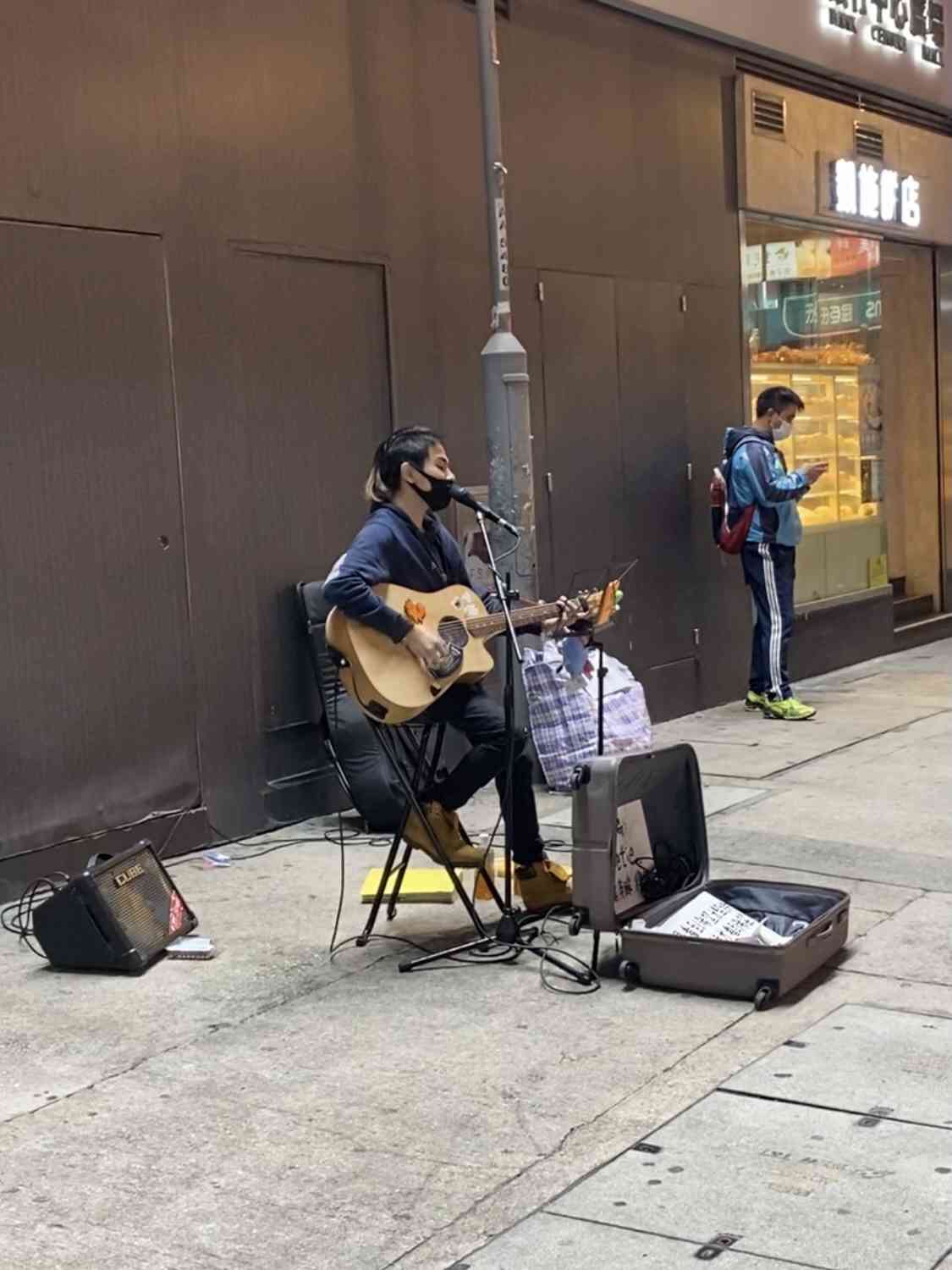 This busker was amazing and quickly assembled a crowd. I guess we miss live entertainment. 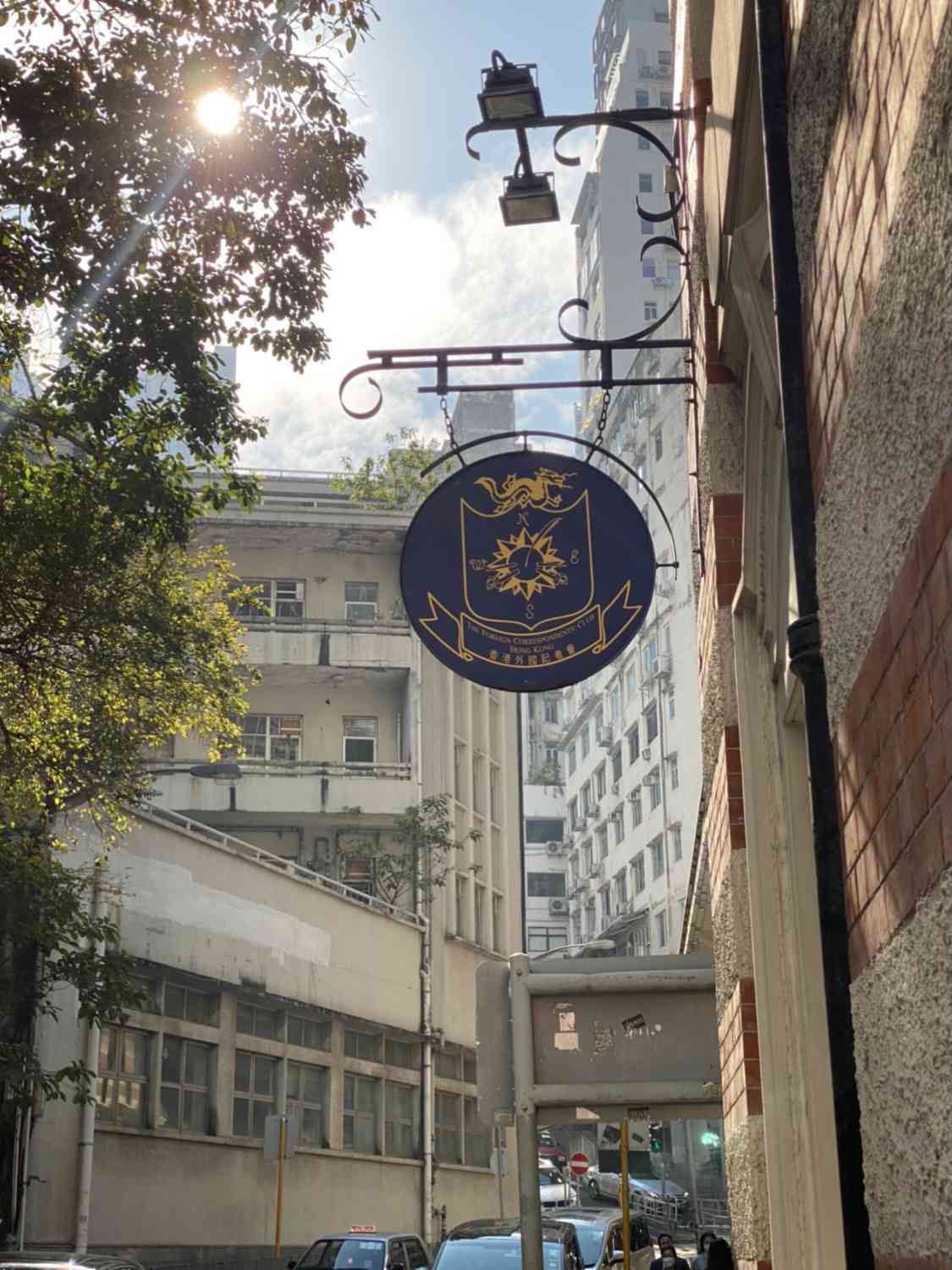 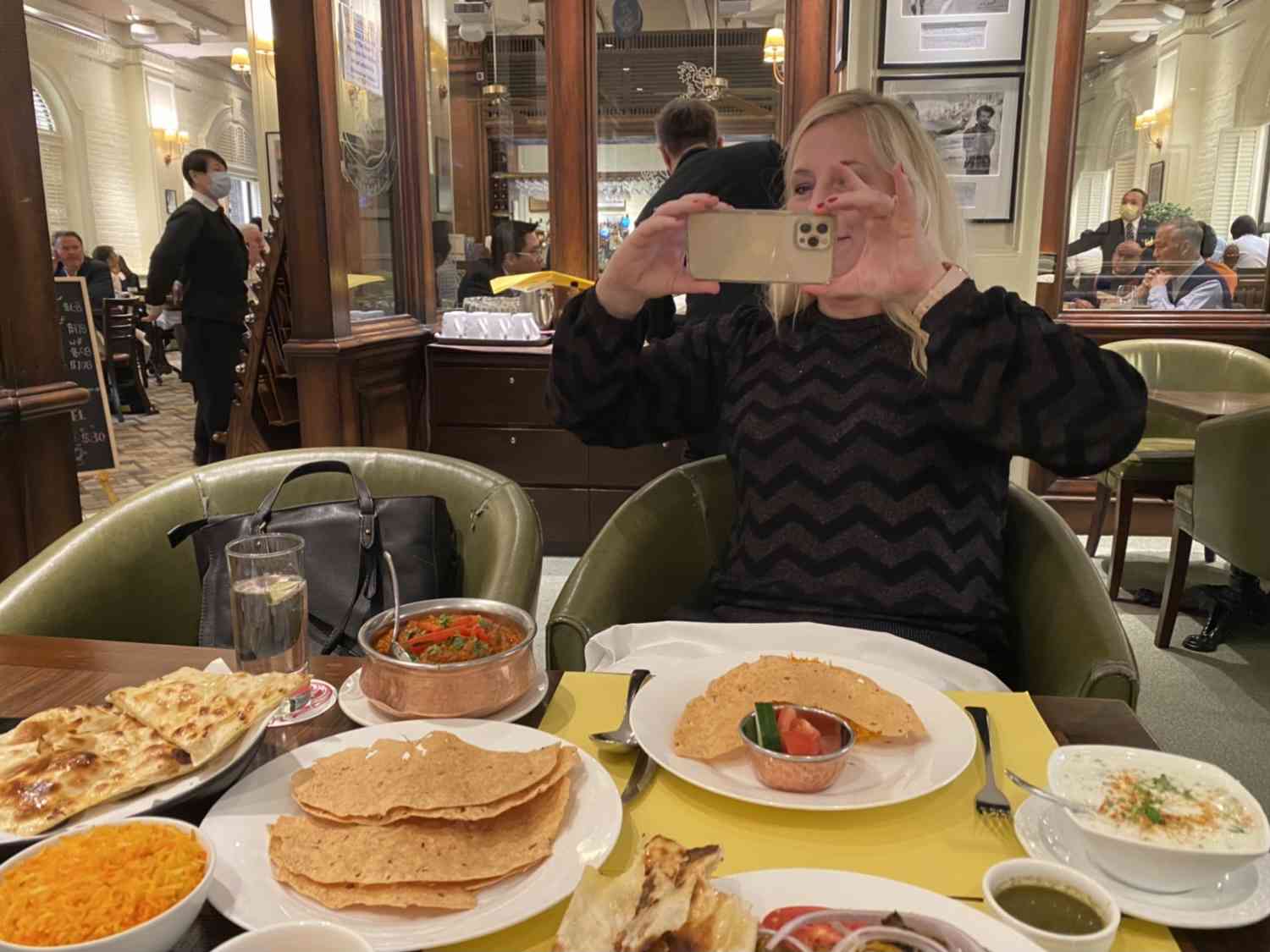 Having a delicious Indian meal with Anita at FCC. 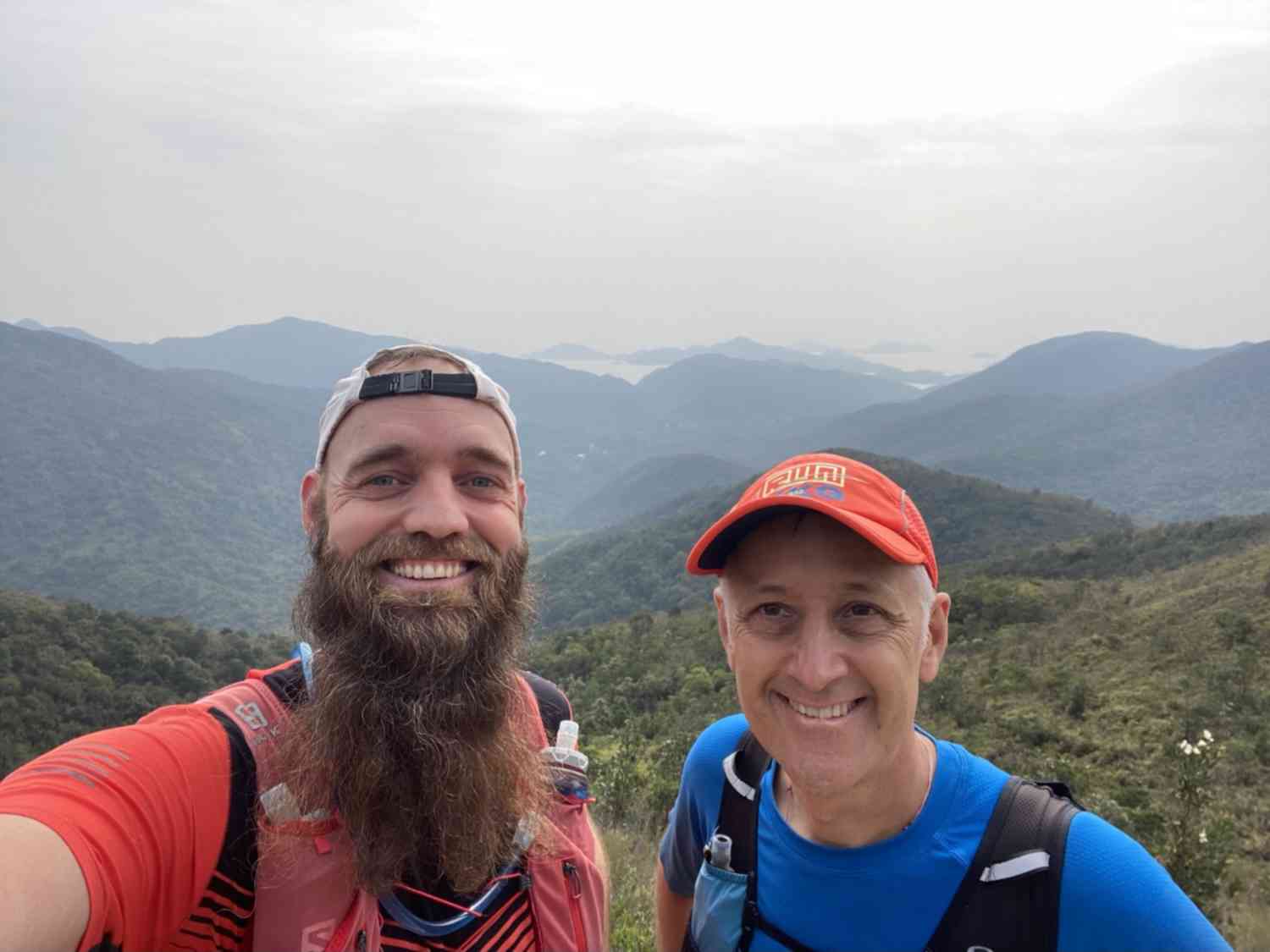 Anders and I both love hiking. Anders hikes more than I do and we enjoy nerding about elevation, time, routes, equipment, gear, athletes and many other things. We went out to conquer MacLehose stage THREE and FOUR a few days ago and ended up having fun running a lot of it. 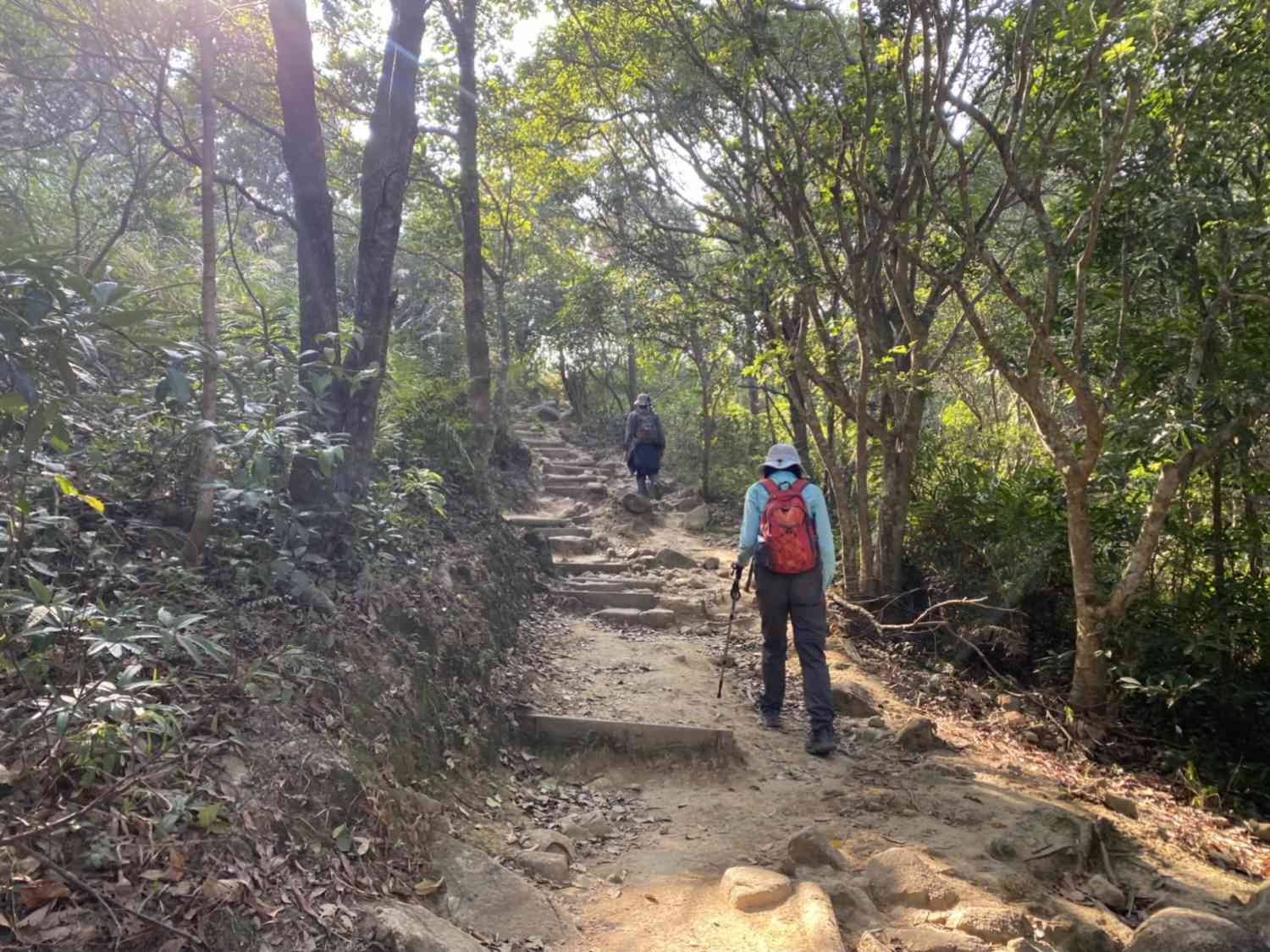 Hong Kong's nature is truly breathtaking and dominant. 75% of Hong Kong is nature. 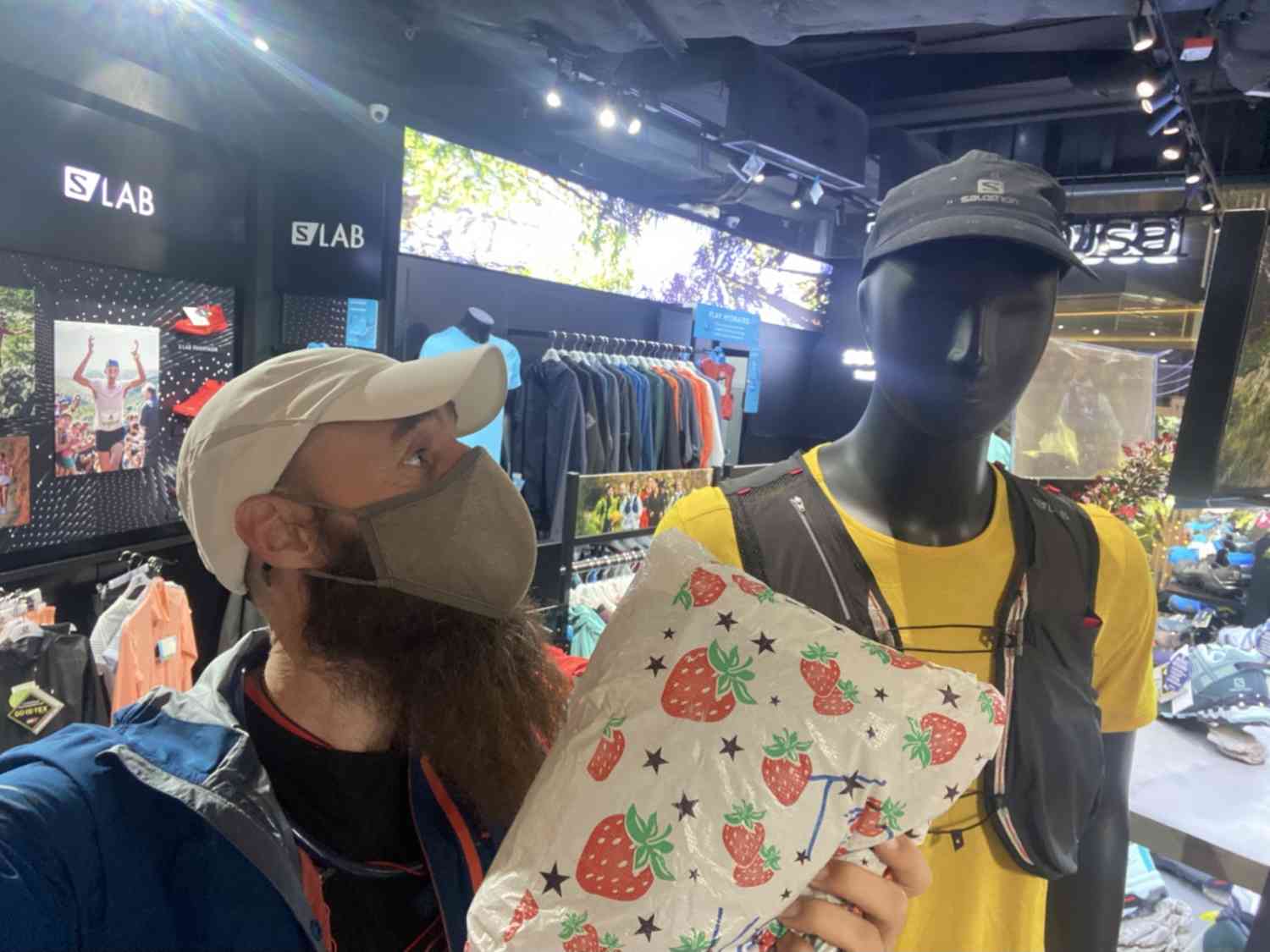 The local Salomon shop in Hong Kong presented me with a late Christmas present! I am almost fully decided that I am going to attempt to clear the legendary MacLehose Trail in less than 24hrs. That wouldn't be a new record...but it would be a personal best and a huge achievement for me. It stretches 100km (62mi) across Hong Kong with about 50% of Mt Everest's elevation gain. The present included five pieces of apparel which I look forward to showing you. 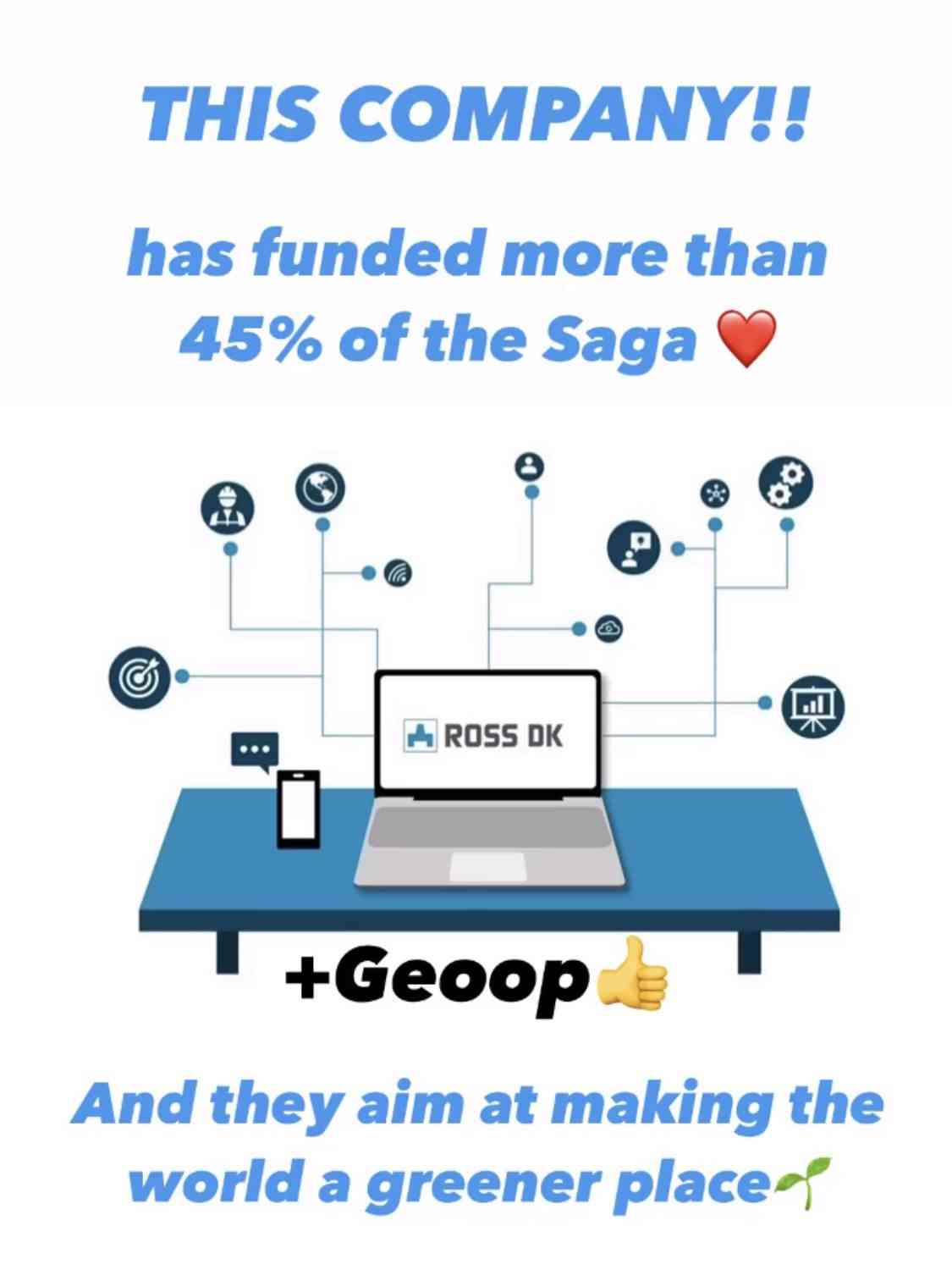 I'm truly grateful to the Ross DK and Geoop team for their continuous support! The Saga wouldn't be where it is at today without them! From the small things to the much bigger. They have been there for us since the very first day in 2013. 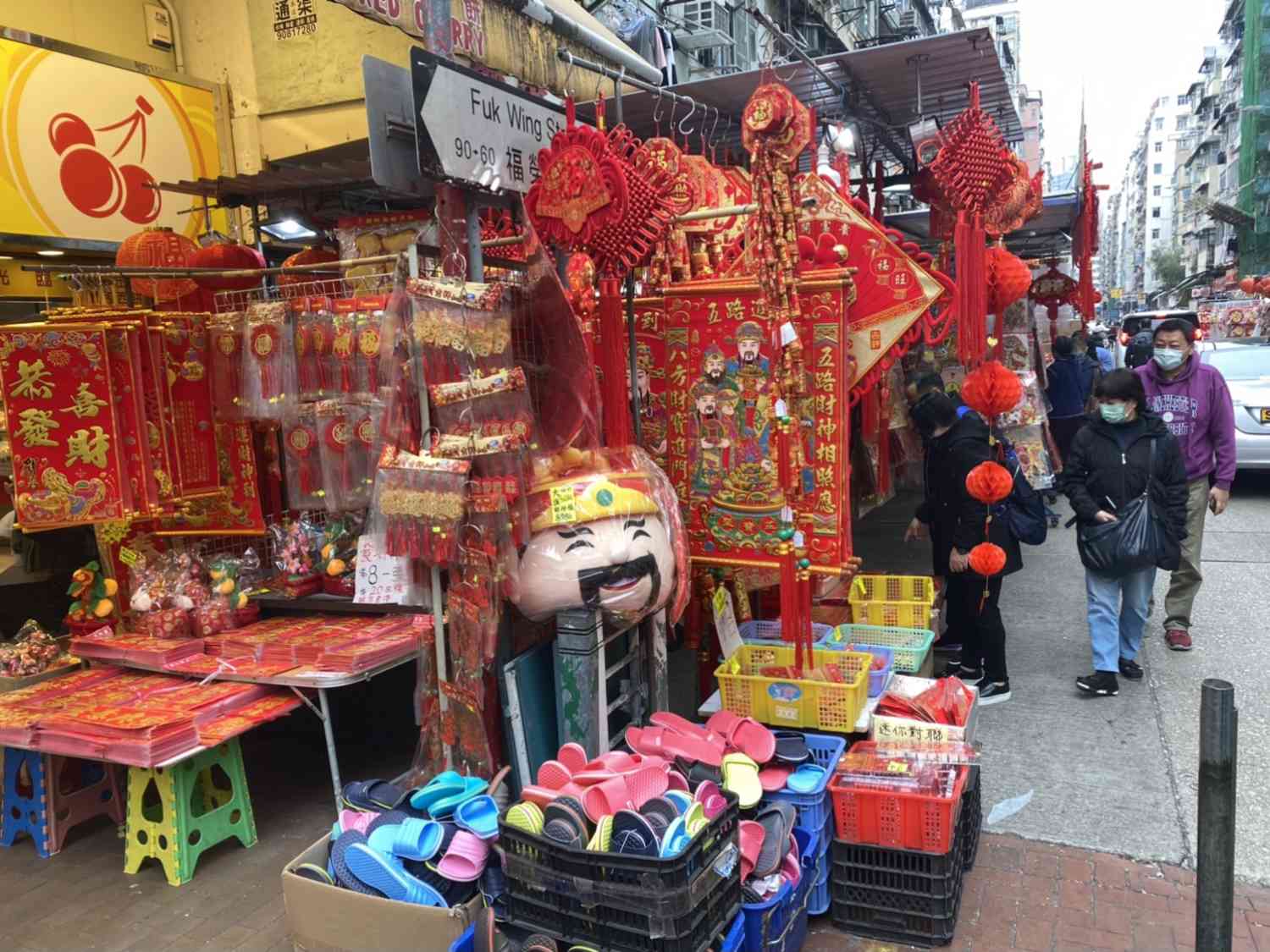 Yeah - and now that we have entered 2021, this part of the world is getting ready to celebrate the much more extensive Chinese New Year :)