Eight countries from home - and hope

Where there is a will, there’s a way

This could turn out to be some amazing news!! Let’s pull this off together!

The Saga has never been one man’s effort. It has always been a massive collaboration from Denmark, Finland, Greenland, Canada, Venezuela, Morocco, Sierra Leone, Benin, Angola, Kenya, Sudan, Algeria, Moldova, Lebanon, Syria, Georgia, Kazakhstan, Turkmenistan, Pakistan, Myanmar, Indonesia, Solomon Islands, Nauru, Hong Kong and the 172 countries in between. It was my idea to leave home more than eight years ago. However, since then the Saga has become a project of the kindness within this world. The very essence of strangers stepping up to support a stranger’s efforts is only proof that A STRANGER IS A FRIEND YOU’VE NEVER MET BEFORE! We picked the right motto for sure :) 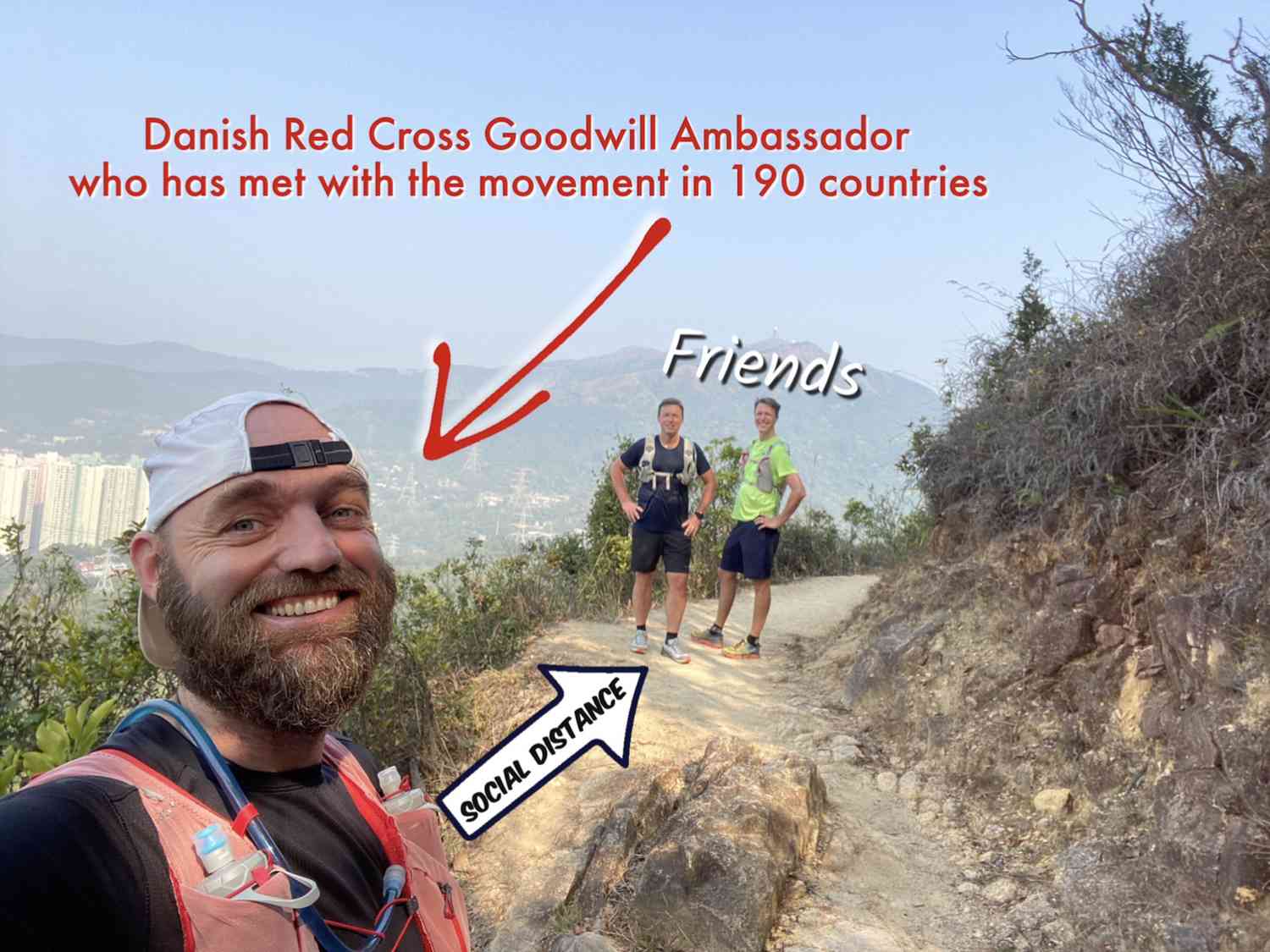 This photo will make sense later on. Keep reading.

What I find to be lost on most is the mental strength in pushing forward across so many borders for so many years. Sure! It has been a great adventure but it has certainly come at a cost. Everything around me (except ultra-wifey) has aged eight years and four months. I was 34 when I left home and now I’m 43. Which dreams and plans do we have when we’re in our thirties and what about our forties? When we (Ann-Christina, Parth, Søren, and I) began planning the Saga it did not have a name, a website, any social media, any interviews, any partners and it was calculated to take less than four years (7 days per country). Much has changed. Among the less fortunate things I caught cerebral malaria, I was held up at gun point by drunk uniformed men, and the world was gridlocked in a global pandemic. The good stories completely outweigh the bad ones however the immense workload is invisible to most. I’ll come back to our sudden possibilities of reaching Australia as country no. 196 towards the end of this entry.

For now, I’ll pick up on one of my favourite things from Hong Kong. HK is such a remarkable place on this planet. It has more than most could dream of: culture, history, kind people, good food, old volcanoes, forests, waterfalls, beaches an array of different neighbourhoods, tall buildings, small villages, museums, parks, and much, much more. The Thursday Viking-hiking group where I meet up with the nutcases has been a highlight for me ever since it started. I find myself repeatedly telling people that HK is in fact only 25% urban setting and in reality, 75% nature. Mountains four times taller than the highest geographical features of beautiful Denmark. Forests with snakes, monkeys and wild boar. The nutcases and I became a band of brothers and have traversed HK’s nature many times. Usually ending up with good food, good music, good conversations and a bit of red wine. 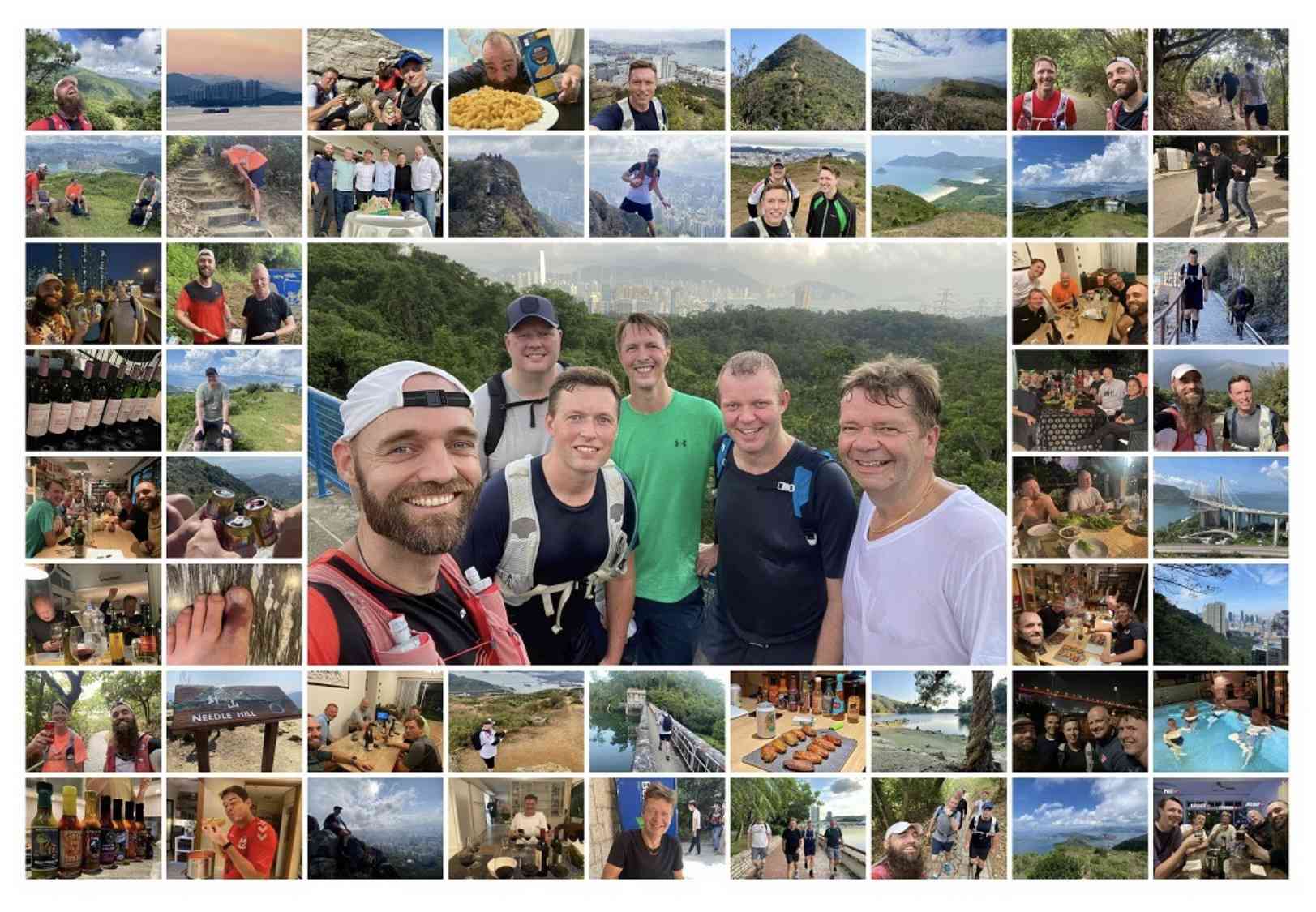 This photo collage was put together by Kenneth and presented to Jesper as a farewell memory.

Last week our band of brotherhood shrunk from six to five as Jesper packed his bags and departed to continue his career in Bangkok, Thailand. I believe that everything which doesn’t change must come to an end and die. Yet, I remain to find discomfort with unwanted change. Jesper will be dearly missed. 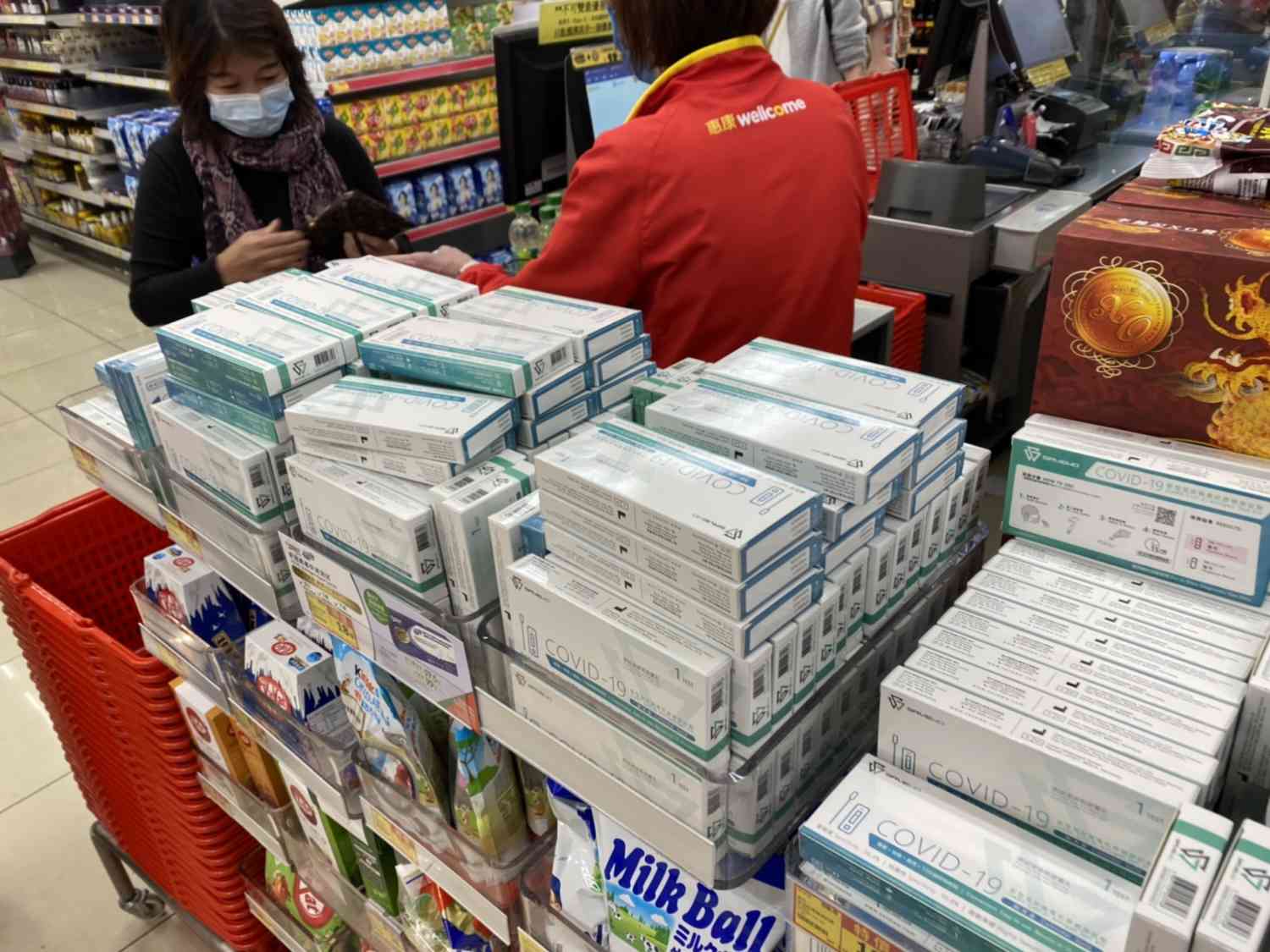 Self test kits for detecting COVID-19 have become mainstream in HK since I was last here. Now they are available everywhere. 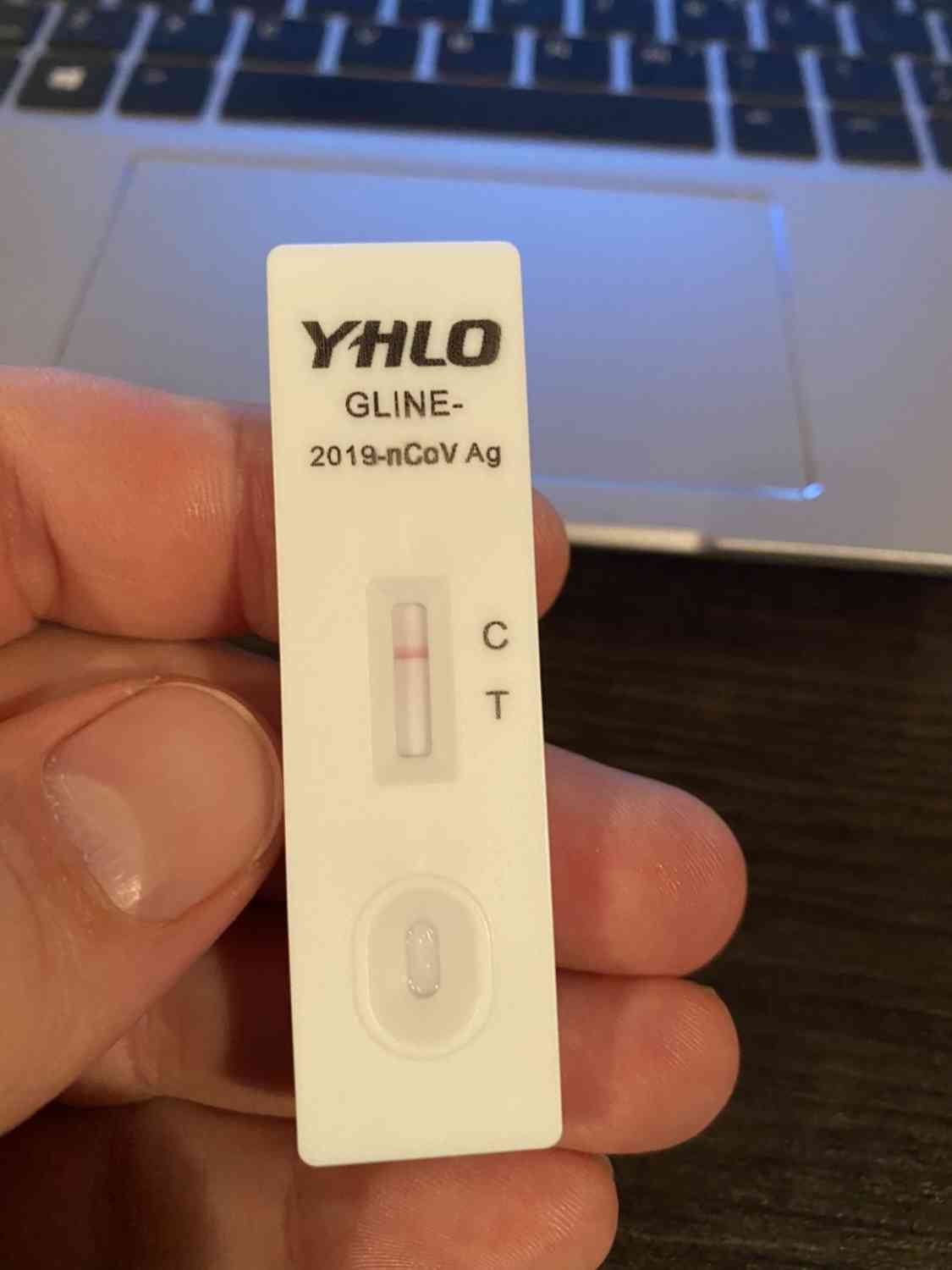 We all know of the terrible things which are unfolding in Ukraine. I’d like to share a story from my first visit to Russia back in 2013. I was on a train between Minsk in Belarus heading towards Moscow. It was an open and highly social setting and the train was full of people. Outside it was winter but it was cozy and warm inside the train. There was no privacy between the many families and while I speak no Russian apart from a few words it did not stop anyone from speaking Russian to me. For hours! Complete strangers were sharing food with me and it was quite an experience. During the twelve-hour train ride, I eventually encountered a Russian who spoke German. I happen to speak German and this friendly soul was baffled stating that we were probably the only two on the train who knew the language. When I got off the train in Moscow my new friend had to my surprise arranged for another passenger to guide me to my hostel? Such kindness. And once in Moscow my “guide” offered me a late-night meal at a café before he walked me the 25-30 minutes to the hostel. He entered the building with me and did not leave me until we reached the reception. Such kindness from a stranger. Russia is “just” a country and yet another place where people are just people. 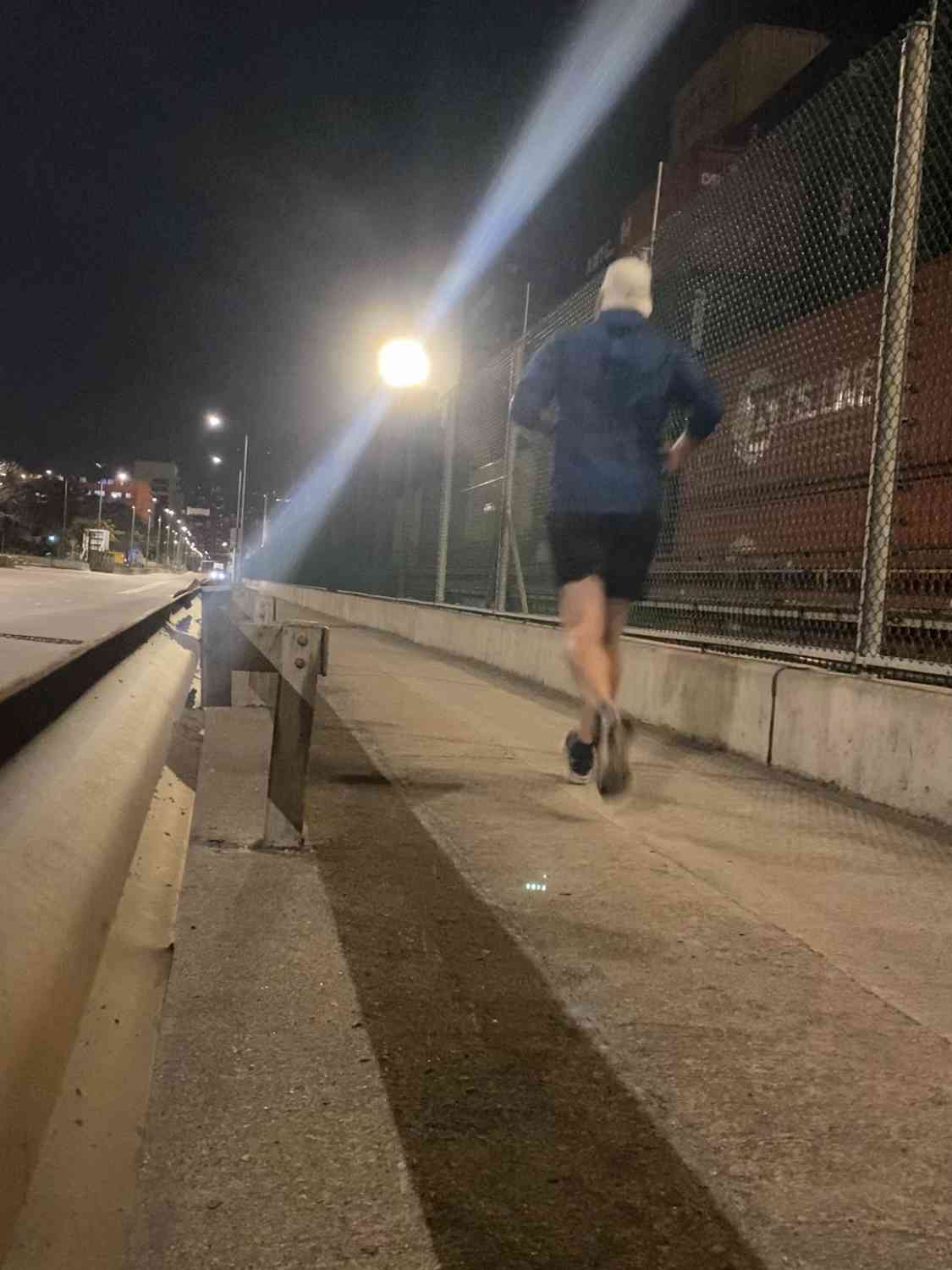 Unfortunately, their neighbor Ukraine is now suffering. I love both countries and also have heart-warming stories from Ukraine. Much as I do for every country the Saga has taken us to. As a goodwill ambassador of the Danish Red Cross, I saw it as my duty to raise funds for the Ukraine Red Cross. And I used the Sagas following to assist me with that. They were generous! Exactly how generous is unknown as the link I shared doesn’t show me how much was donated. However, I do know that the link I provided received more than a hundred clicks. And I also know that some people donated as much as USD 500! Thank you all. I know there are many ways to support Ukraine but I firmly believe the money is best spent if it reaches the Red Cross. 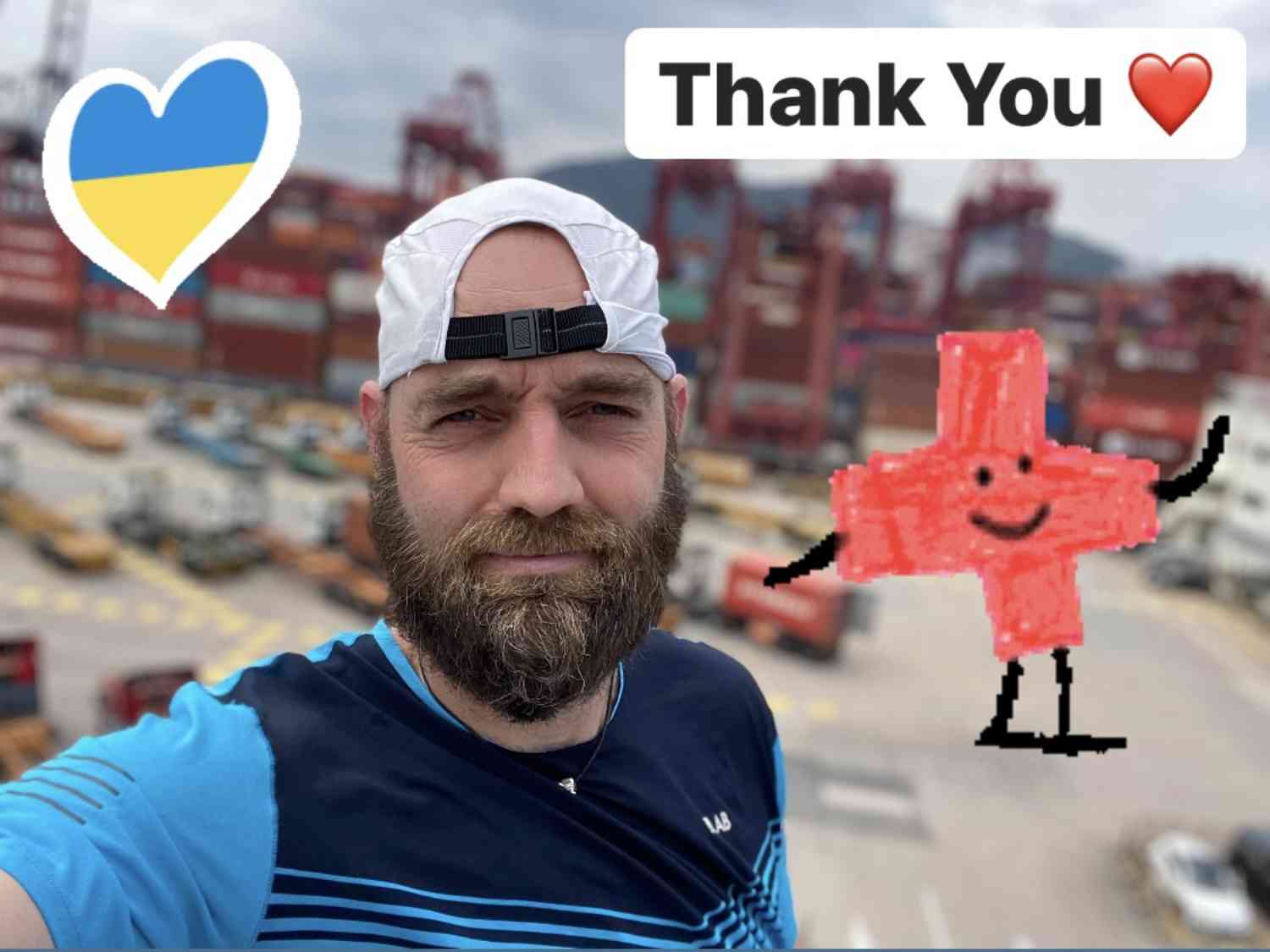 Running and hiking has been my outlet for frustrations while in HK. Last year I took part in the Goggins Challenge together with ultra-wifey. She had just arrived to HK and did it in her 21-day hotel quarantine. I was planning to do it again this year: 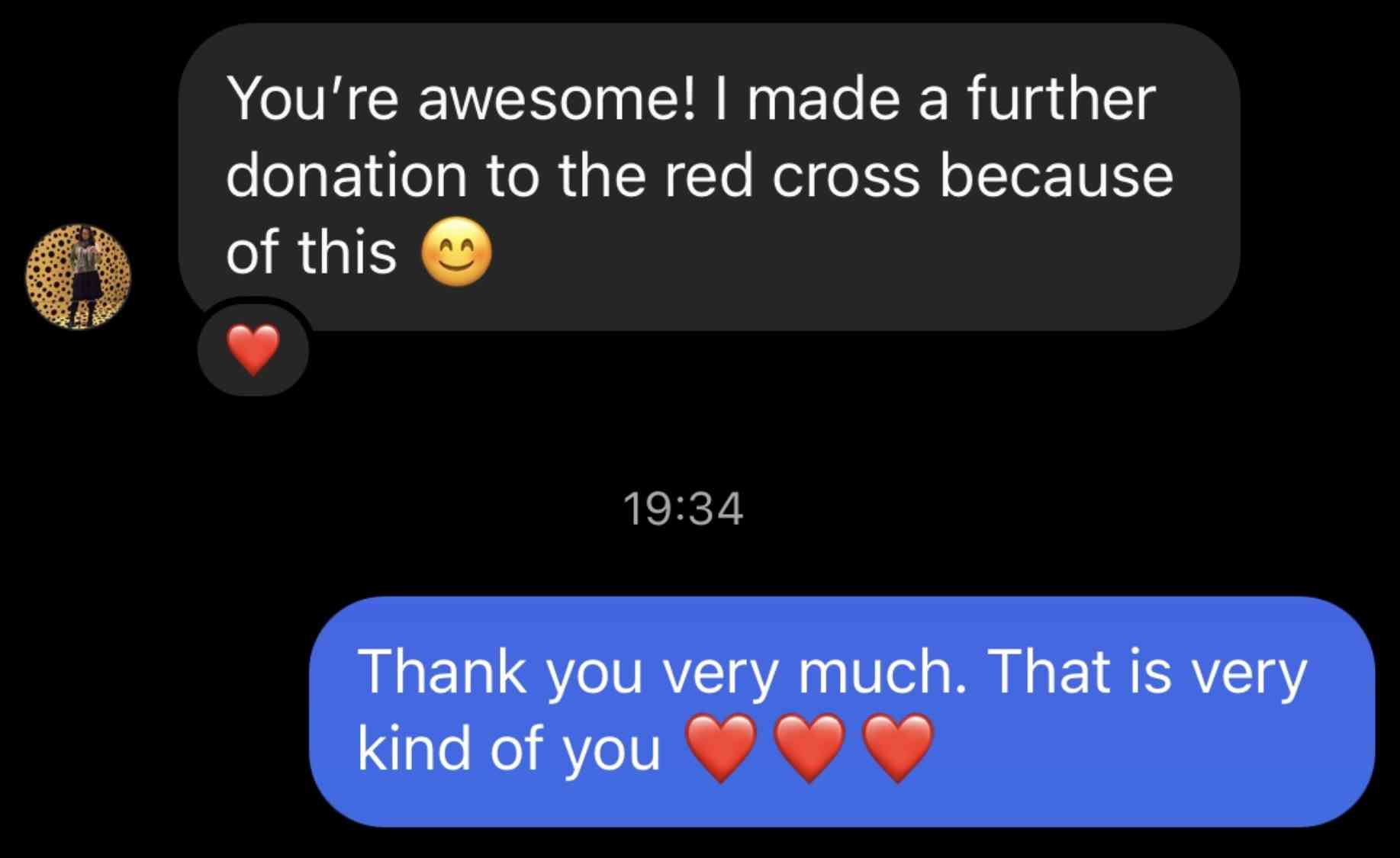 Unfortunately, I wasn’t in running shape having spent most of this year onboard ships and in hotel quarantines. I did my best and completed the challenge anyway. Twelve runs in total and between each run I shared updates on social media along with the link for the Ukraine Red Cross. With a four-hour window between runs you're more or less left with three hours to get something to eat, sleep, do laundry etc. It was much harder than last year. My knees had a tough time after the first three runs so I reached out to my Australian friend Brett at the Running Klub. He provided me with some advice and I supplemented it with some painkillers. I better practice some running for next year’s Goggins Challenge ;) 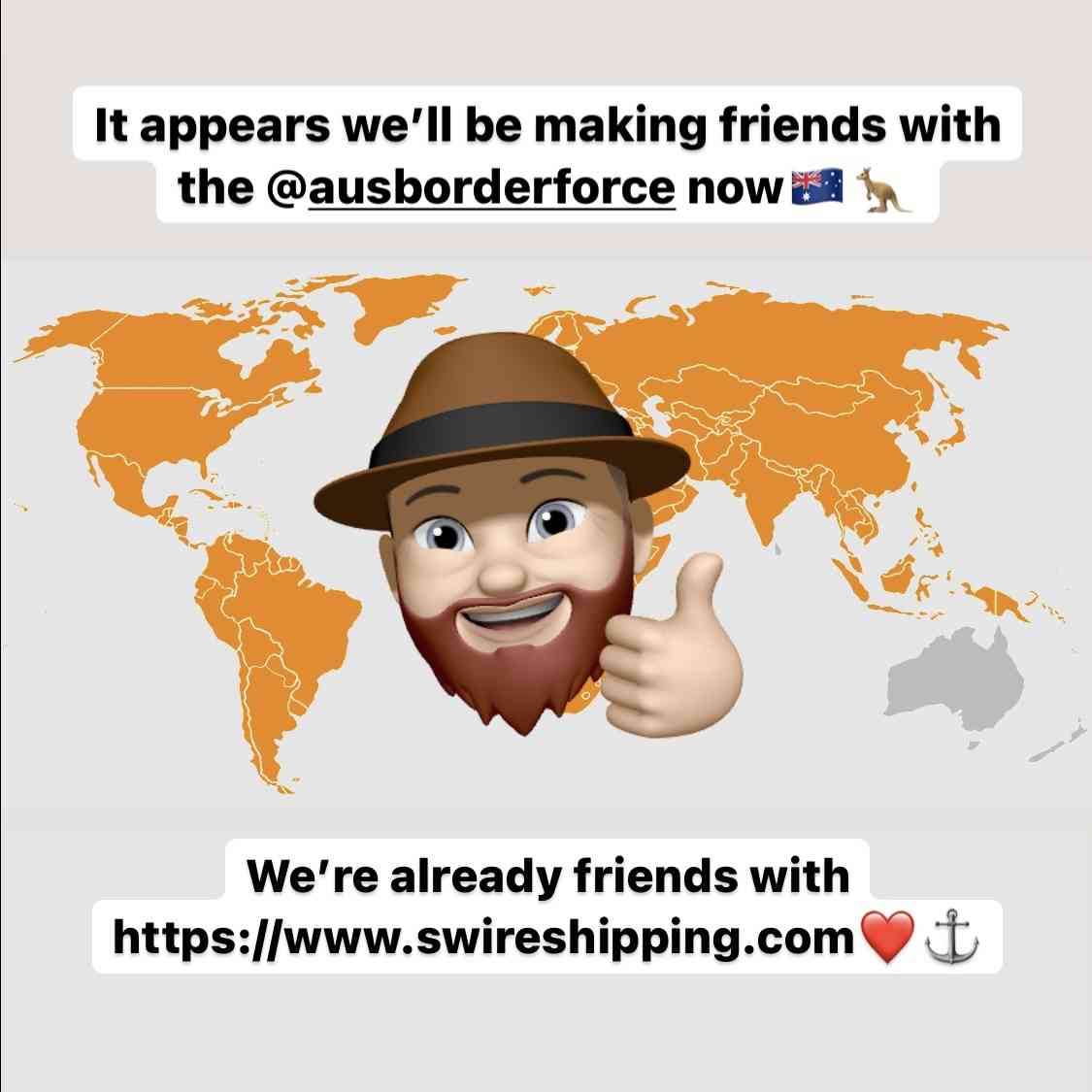 And this brings us towards the end of this entry. I have been reaching out left and right trying to get in touch with anyone who could open the gateway to Australia. The massive country opened up for tourists and travelers earlier this year but you’re required to fly in. A lot of people and organizations have ignored me but the Australian Consulate in HK has been very kind and forthcoming. Swire Shipping is a good friend of the Saga and has helped out with passage onboard their ships several times. Swire is ready to support again but it all depends on Australia’s authorities. They plan to open up for cruise ships again in April. For now, Australia discriminates between arrivals on airplanes and ships. Within Once Upon A Saga we have had presidential and governmental support more than once to cross borders so I’m hoping that in Australia they will let me board Swire’s good ship “Suva Chief” next week. Australia has after all married into Danish Royalty with our coming queen being Tasmanian ;) We need clearance from Australian Immigration (Department of Home Affairs) as well as the Australian Border Force (ABF). As such my fate is once again in the hands of a select number of strangers waiting to become friends.

…the story kind of continues…

…it was Thursday yesterday…

…that is when I meet up with the nutcases…

…Jesper had left for Bangkok and Thomas, Kenneth and Poul were unable to attend….

…hmmm, Jakob and I (free of the deadweight) power-hiked 13km (8mi) with elevation and sat down at his place for a culinary delight, retro music, and a little bit of wine. A picture speaks a thousand words. Here are four… 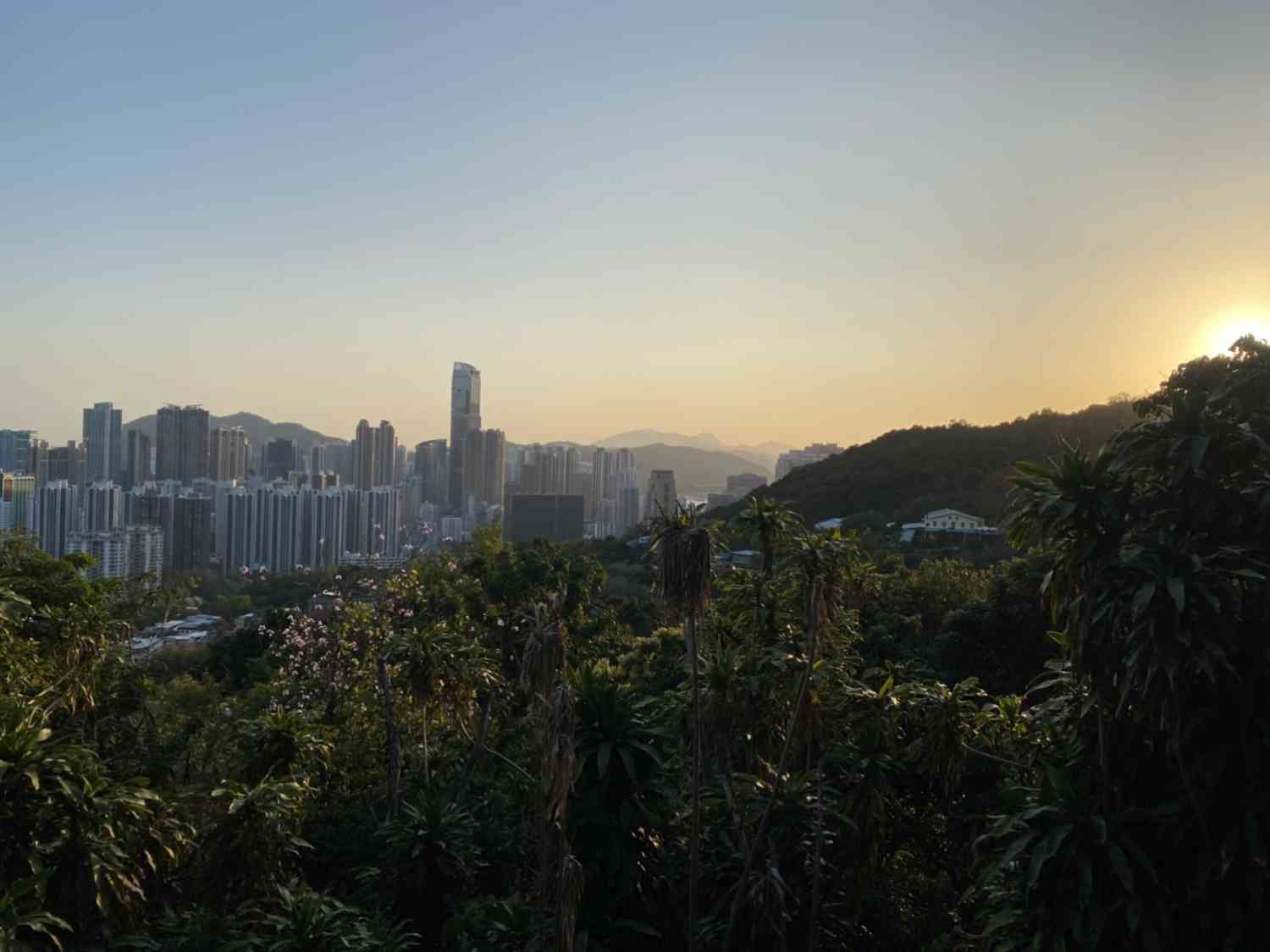 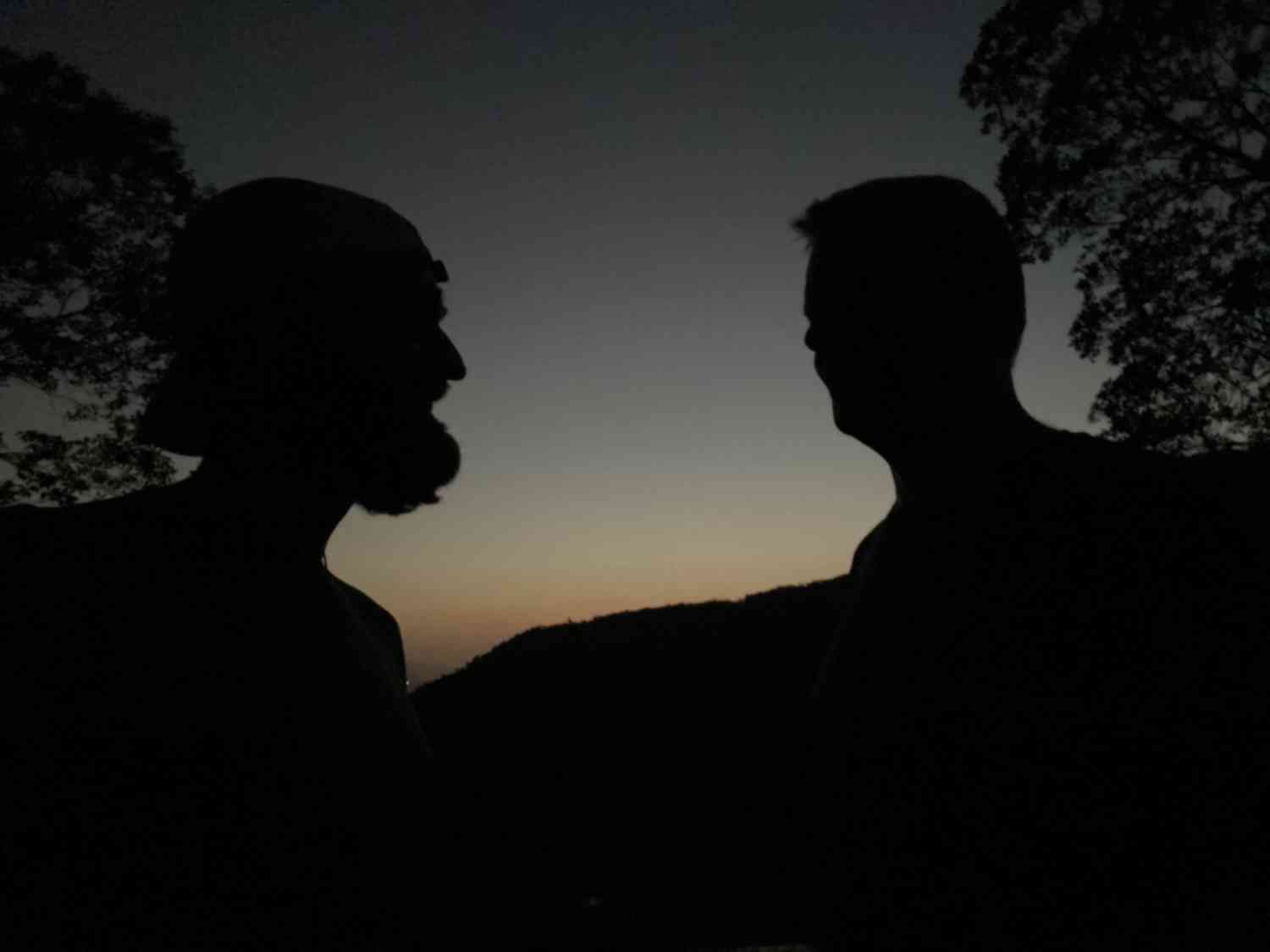 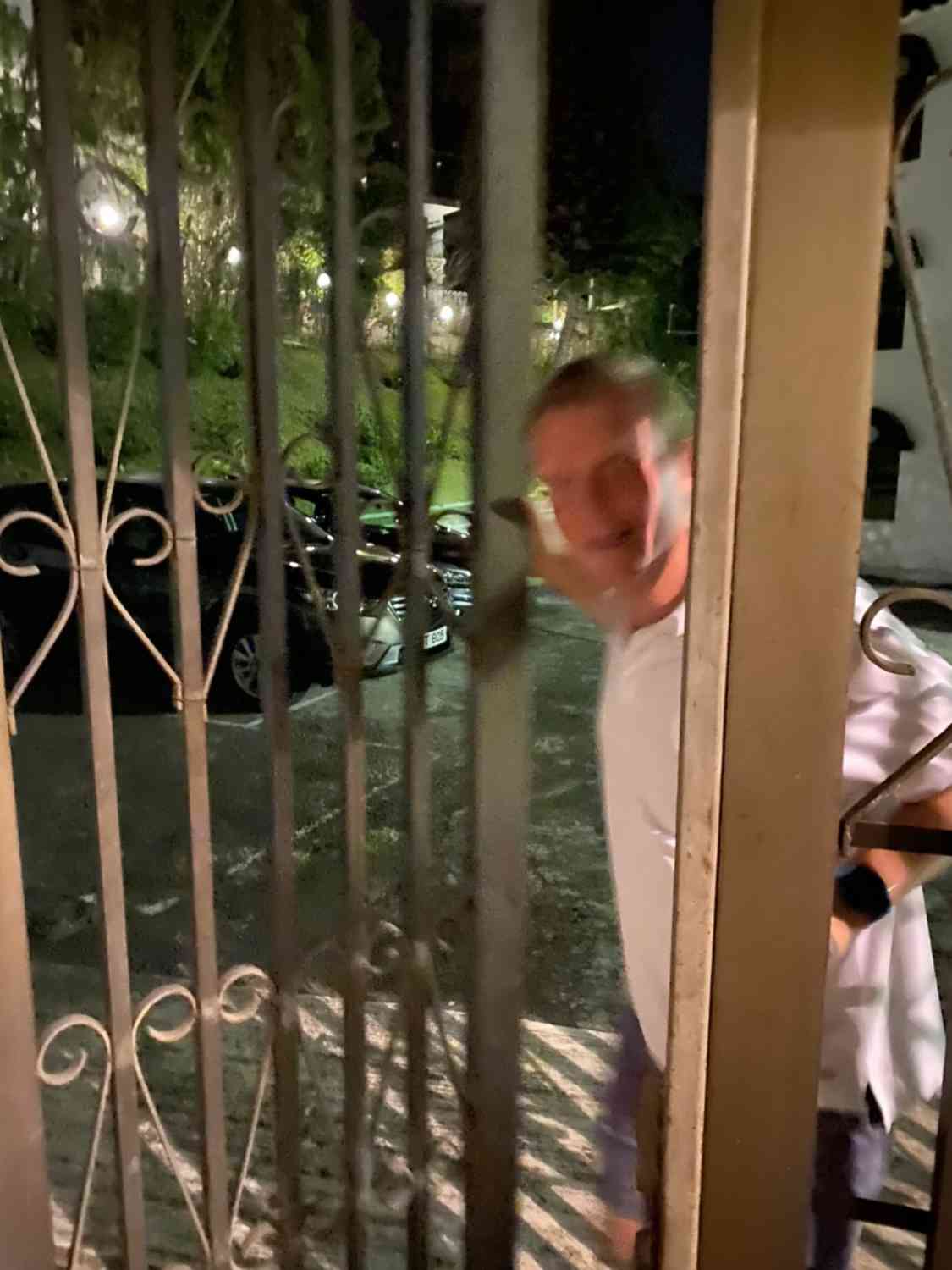 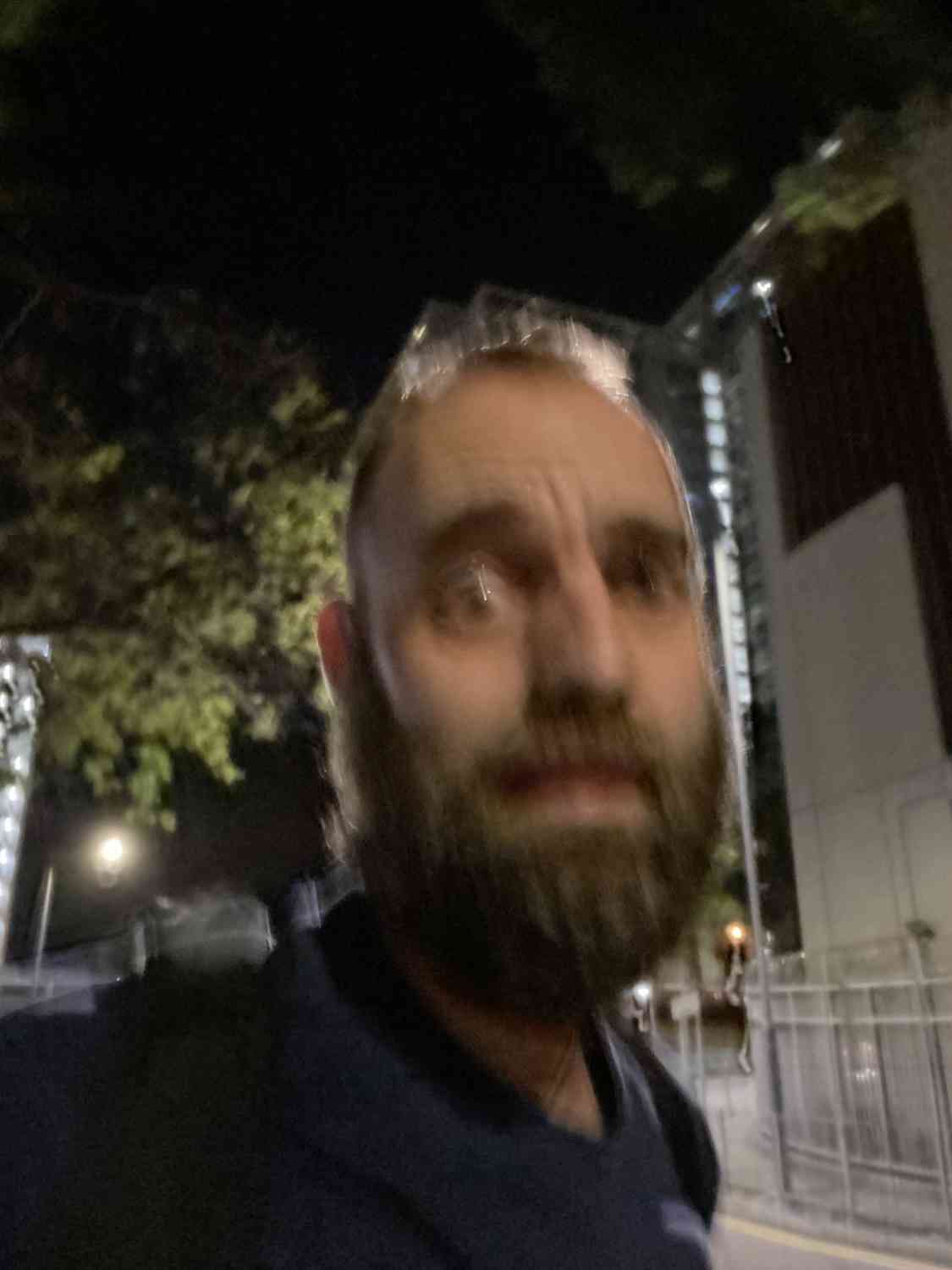 Best regards
Mr. Torbjørn C. Pedersen (Thor) - Everyone should have a Jakob in their life! :)