This week has been FULL. Told in pictures.

Last week’s entry: Are influencers always meant to smile and be happy?

I am very fond of Australia. I really think Australia is an amazing country which has a lot to offer. People have been very kind to me – and very kind to each other. After the match at the MCG in Melbourne one team had lost and the other had won. Tens of thousands of people were leaving the stadium all at once and many stayed outside. The atmosphere was very enjoyable and friendly. Supporters of either team were mingling and there wasn’t any hostility to observe. I think that was very telling of Australia. I observe how people interact with each other wherever I go. In Australia there’s often a confidence combined with kindness as strangers meet. A lot of kind phrases are exchanged. There is also plenty of friendly banter and many have a good sense of humor. Yes, the many people I have met have been kind to me and to each other. The country is beautiful, has a strong economy, and it is highly developed. Both fauna and flora play large parts of the identity of this remarkable nation. And so does its history. Both the ancient history with Australia’s First Nation people, and the history which followed when European ships arrived. Yeah Australia, you’re doing good. 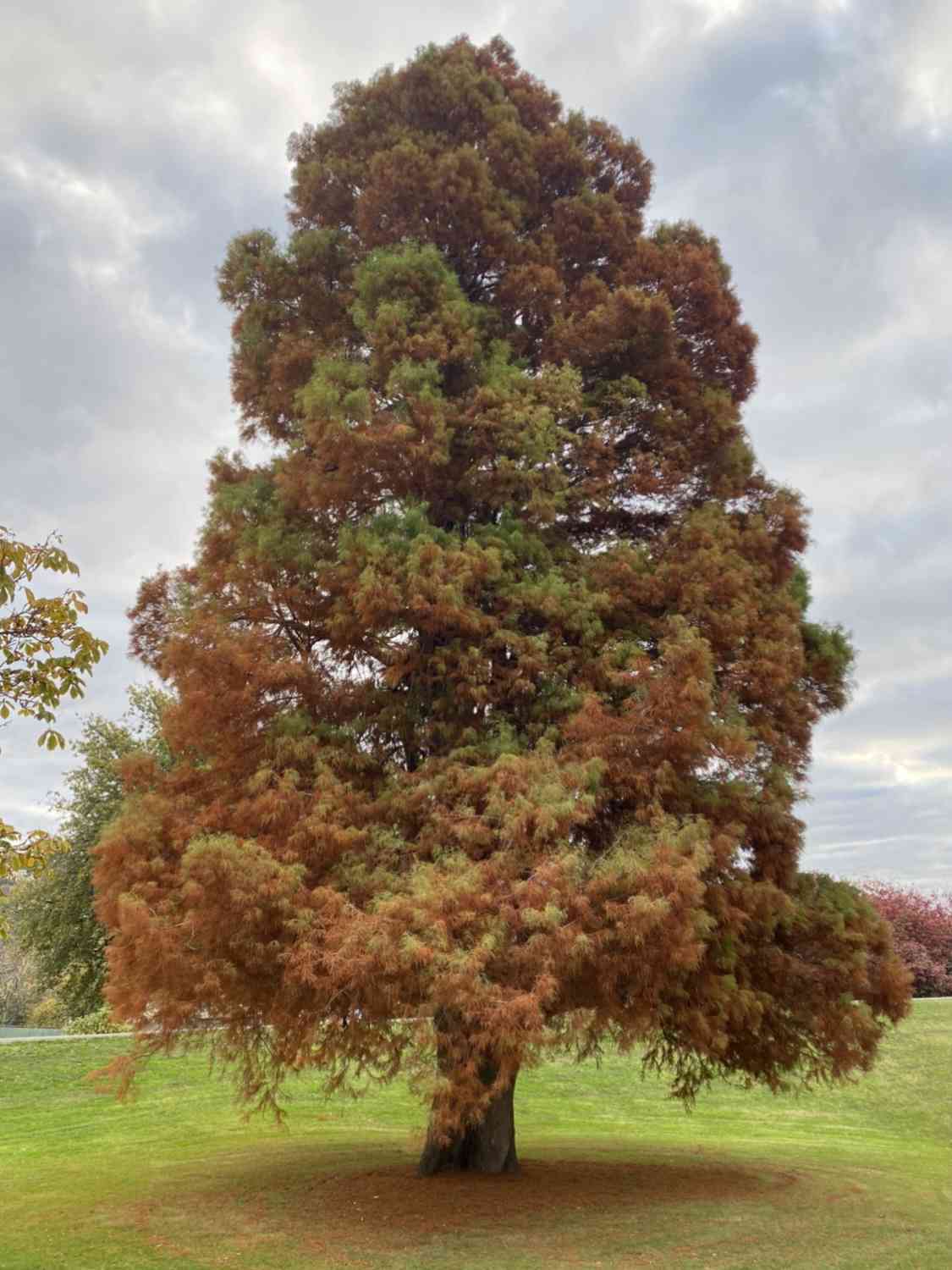 Now, if you will kindly let me vent for just a few lines, then I promise we will quickly move on to all the wonderful things which have happened this week. Alrighty then. I would really love to see a successful end to this project. The final seven countries with all which it involves. It is in everyones interest to see the Saga completed as swiftly as possible. If we could get back to a three-day average per country then that would be great. However, currently New Zealand is sending mixed messages. NZ Customs wrote an email highlighting that I would be able to enter New Zealand as a passenger onboard a containership, even during COVID-19. That was great news. Unfortunately, I have since received an email from a senior client service advisor at MBIE’s immigration contact centre, which states that I cannot enter New Zealand traveling as a passenger onboard a container ship, thus contradicting the email from customs. The email from customs seemed much more believable as it included information about Clause 10(1)(b)(ii) of the COVID-19 Public Health Response (Maritime Border) Order (No 2) 2020. Yeah – I bet you didn’t know how complex the Saga in reality is? Or maybe you did. In any case, the email from MBIE seemed more like someone who didn’t really know how to deal with something they had never been asked before and found it easier to say no. My frustrations on trying to complete this historical and meaningful project are once again at a high. No amount of sleep can remove the tiredness I feel. Please 'remaining seven': open the gates. Don’t be the straw which breaks my back. 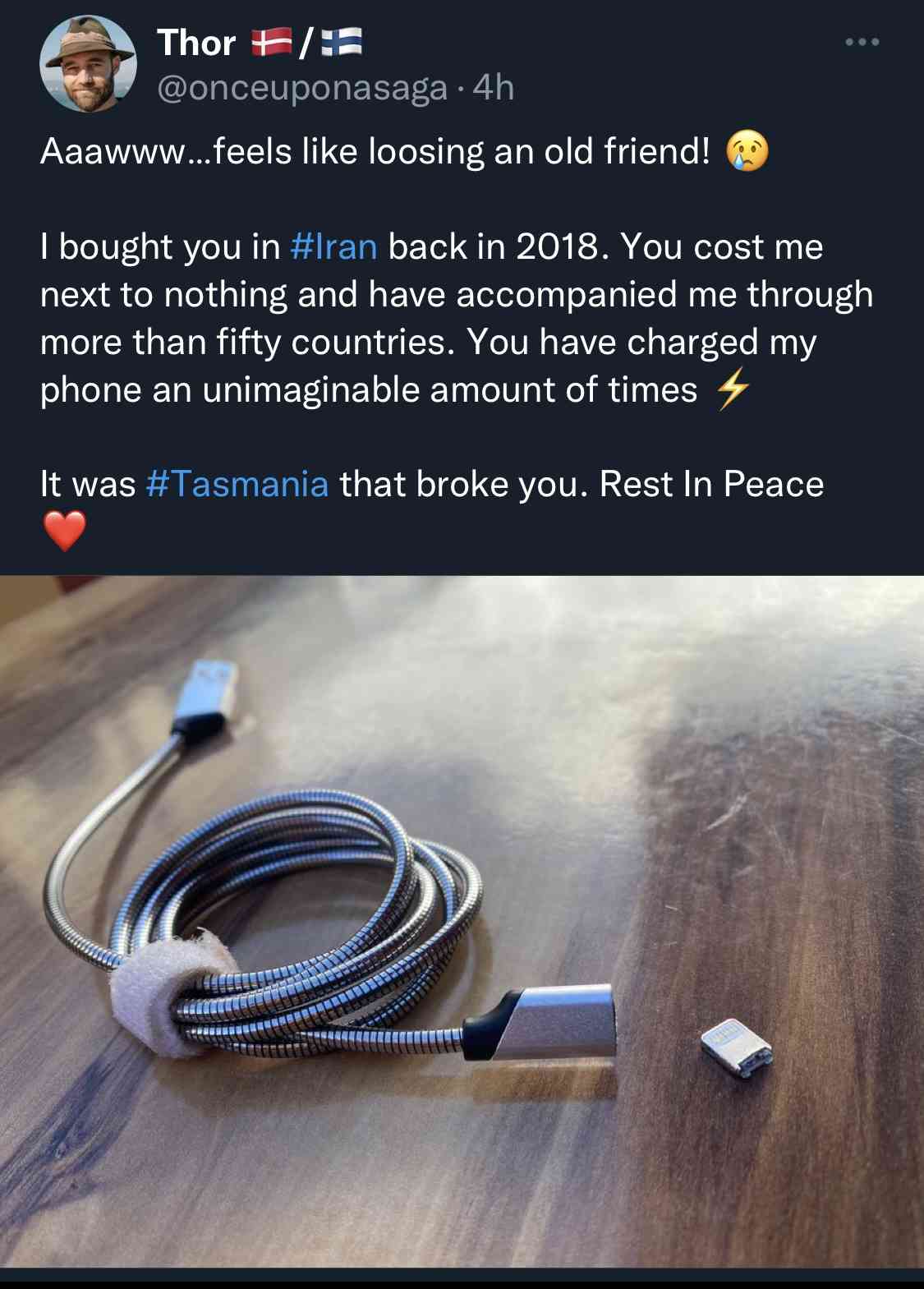 Okay, I’ll return to putting on a brave face and promoting the good and the positive. And it’s not hard to find material as you will soon discover. But as I’m really tired and in no mood to write a long and detailed entry…I will simply add a lot of photos with captions to keep you updated. Enjoy. 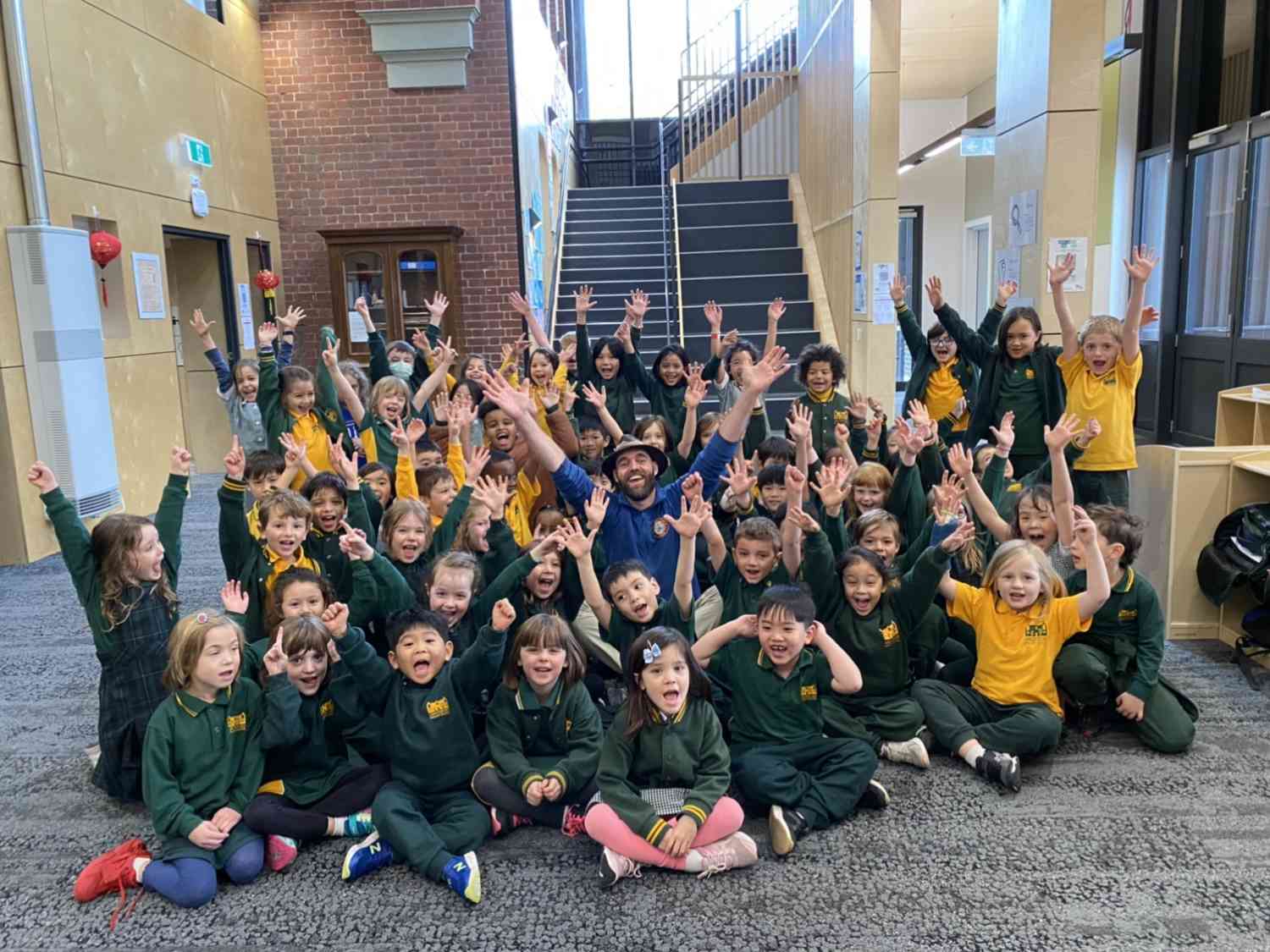 I think we are going to be okay based on these little people being our future. What a great time I had spending a few hours at Abbotsford Primary School in Melbourne. Here you see me seated among the 5-8 year olds. The greatest questions often come to me from the youngest minds. Abbotsford Primary School is a bilingual school with education split between English and Chinese. Isn't that the future! 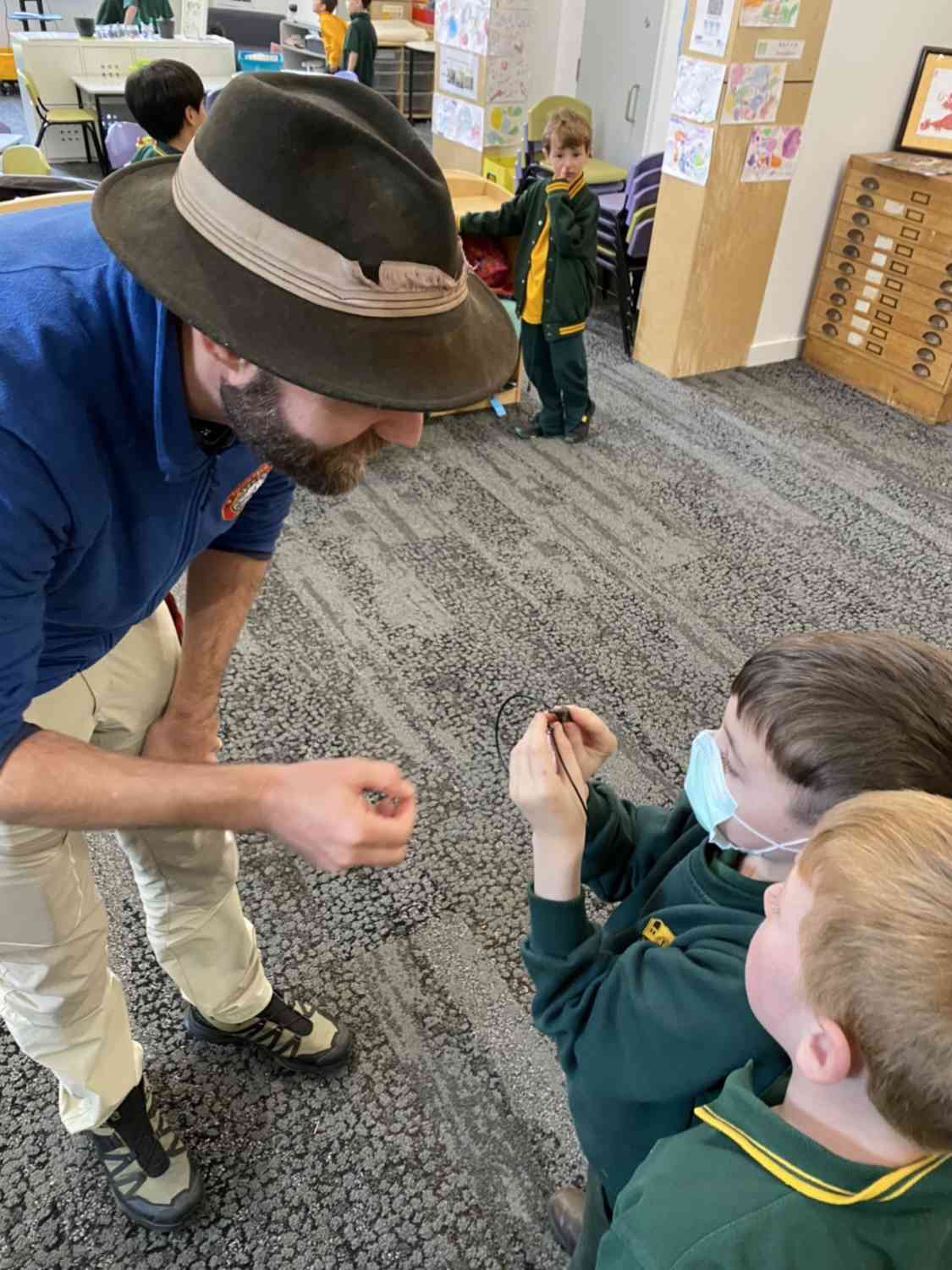 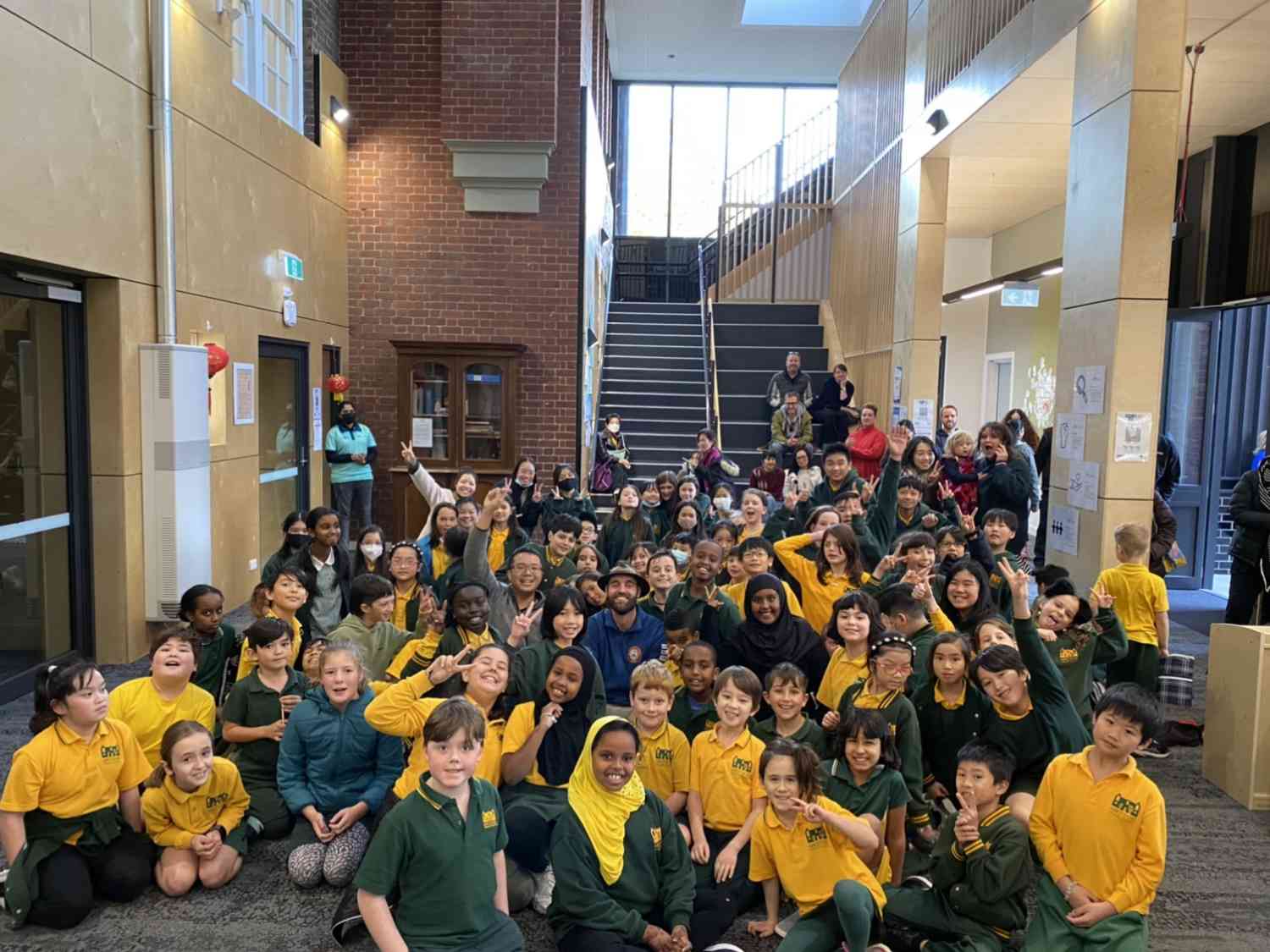 These little geniuses are the 9-12 year olds. I did a 40-minute session with both age groups. Good stuff. And my speaking engagement no. 122 across 60 countries. 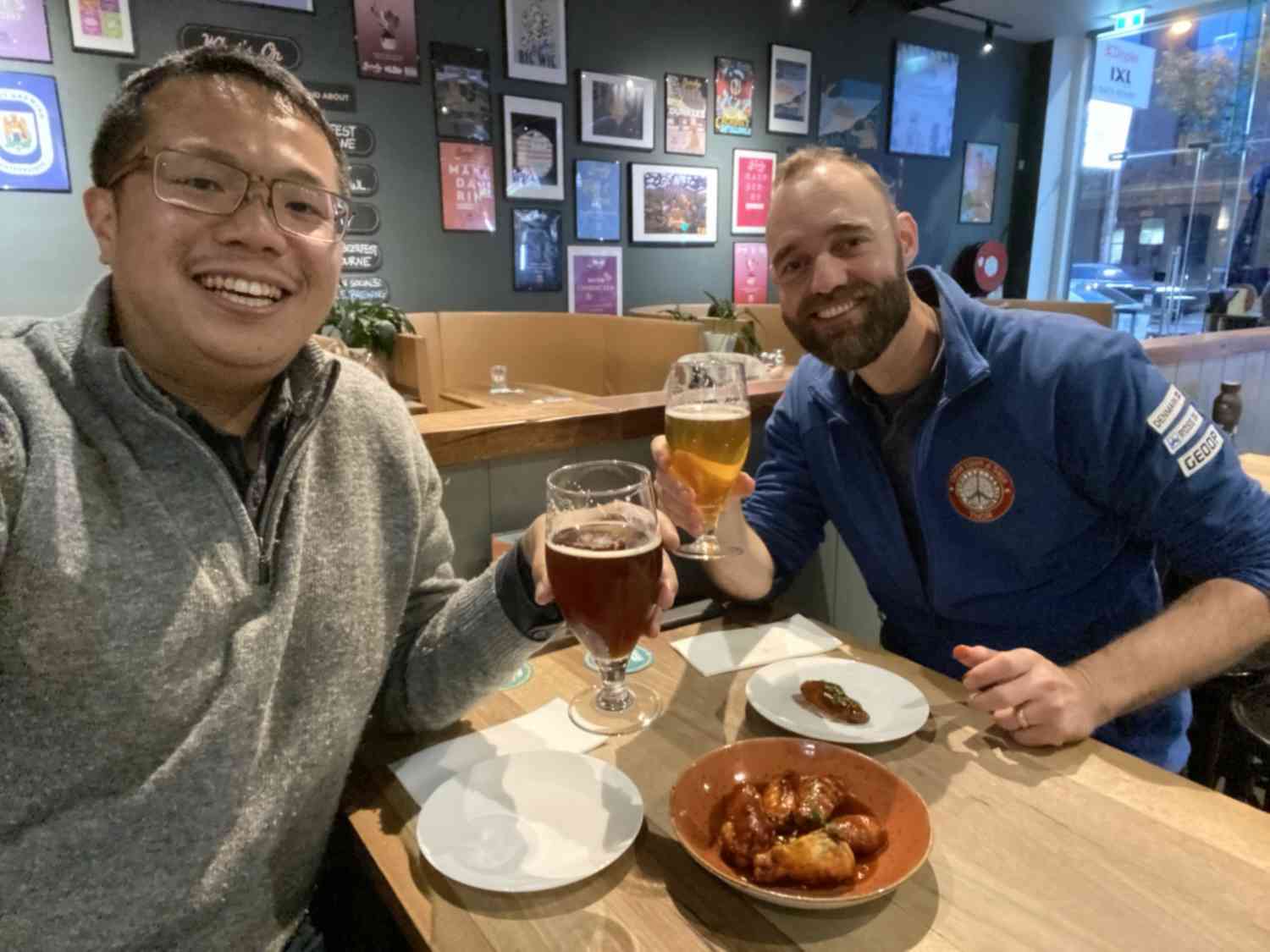 I had bahn mi with Principal Stanley Wang before the sessions at Abbotsford Primary School. And then we had beer afterwards at Burnley Brewing. Afterwards Stanley was kind enough to give me a ride back to the Brookes family. 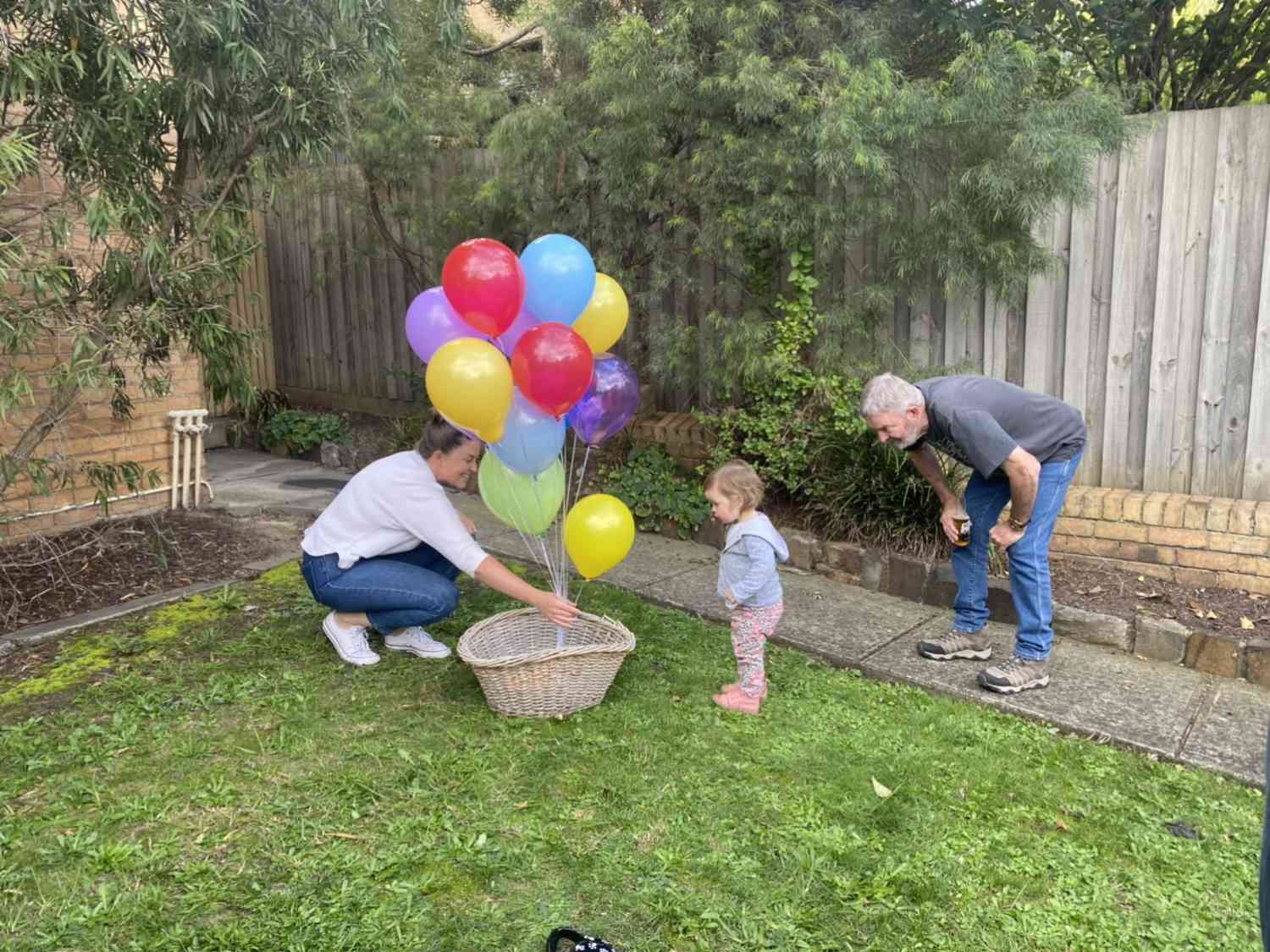 Happy birthday Grace. Congratulations on becoming twice as old as you were last year. The birthday theme was inspired by Dr Seuss' story: "Oh, the places you'll go!" Well done Emma and Brett :) 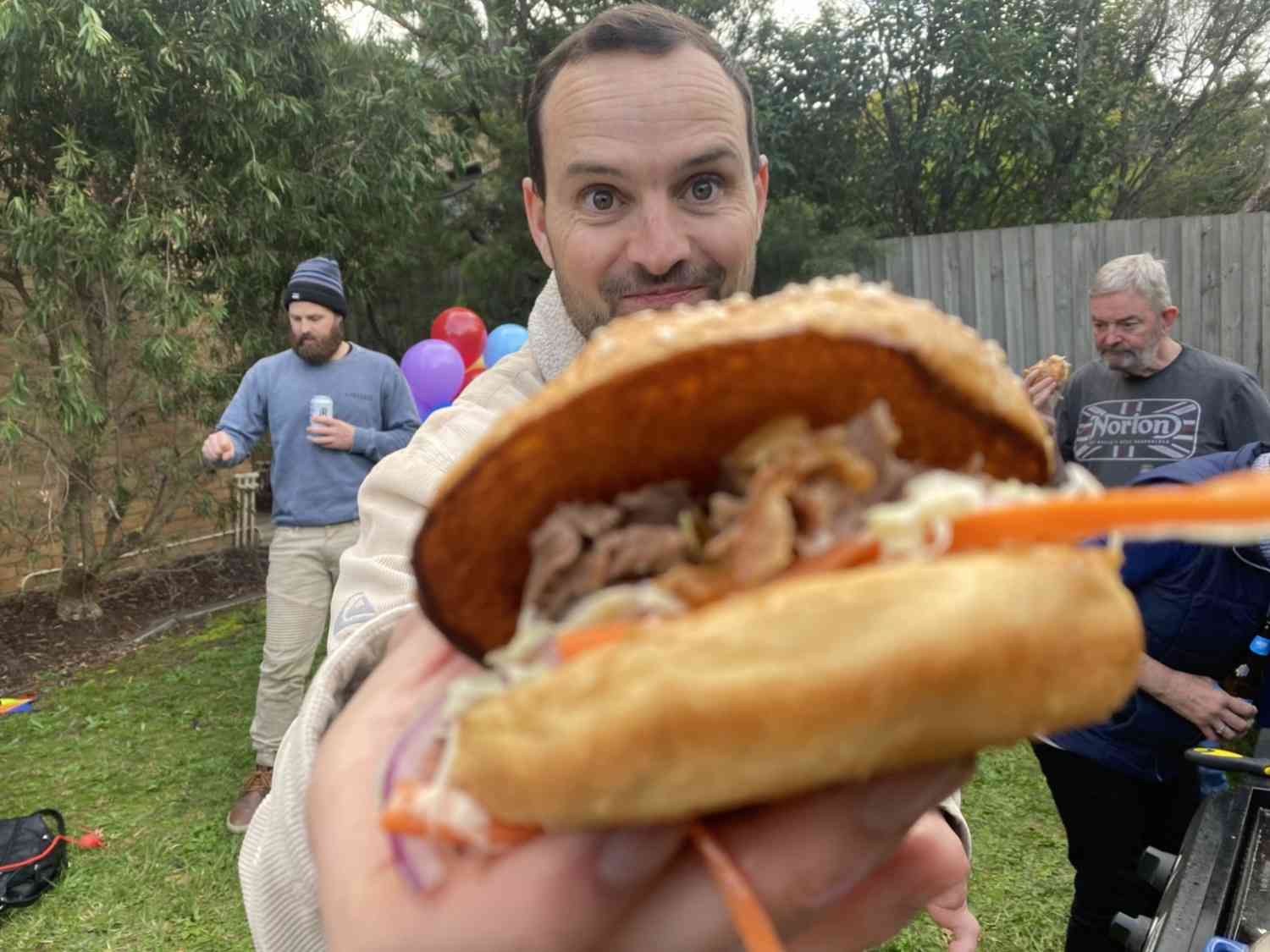 Okay, okay Brett!!! I'll have your halloumi/lamb burger!! :) I've known Emma and Brett since Hong Kong where they lived while I was there. 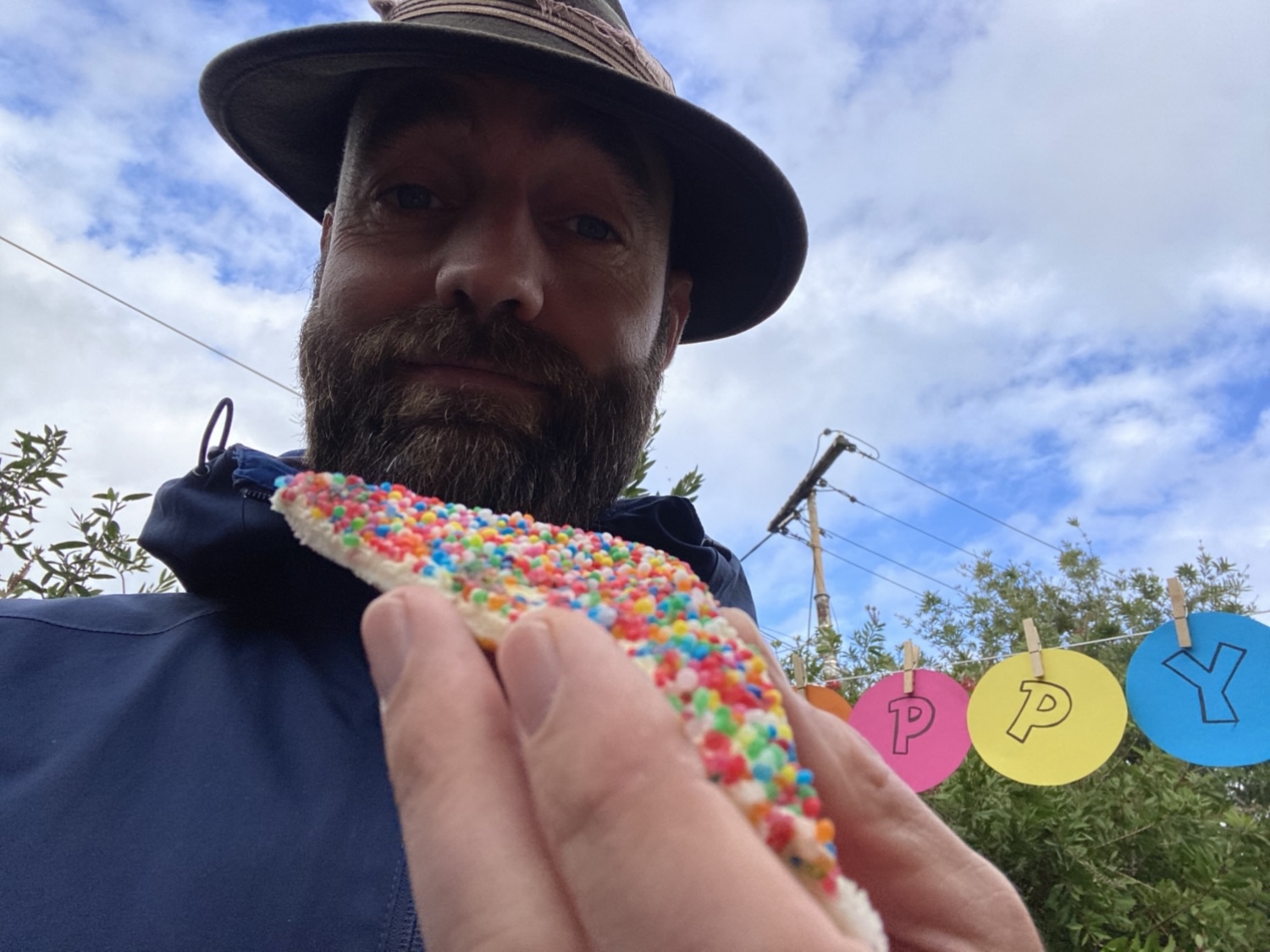 And I had the "fairy bread" which notoriously accompanies children's birthdays in Australia. I rarely eat sugar. But at Graces birthday I had enough for a lifetime! 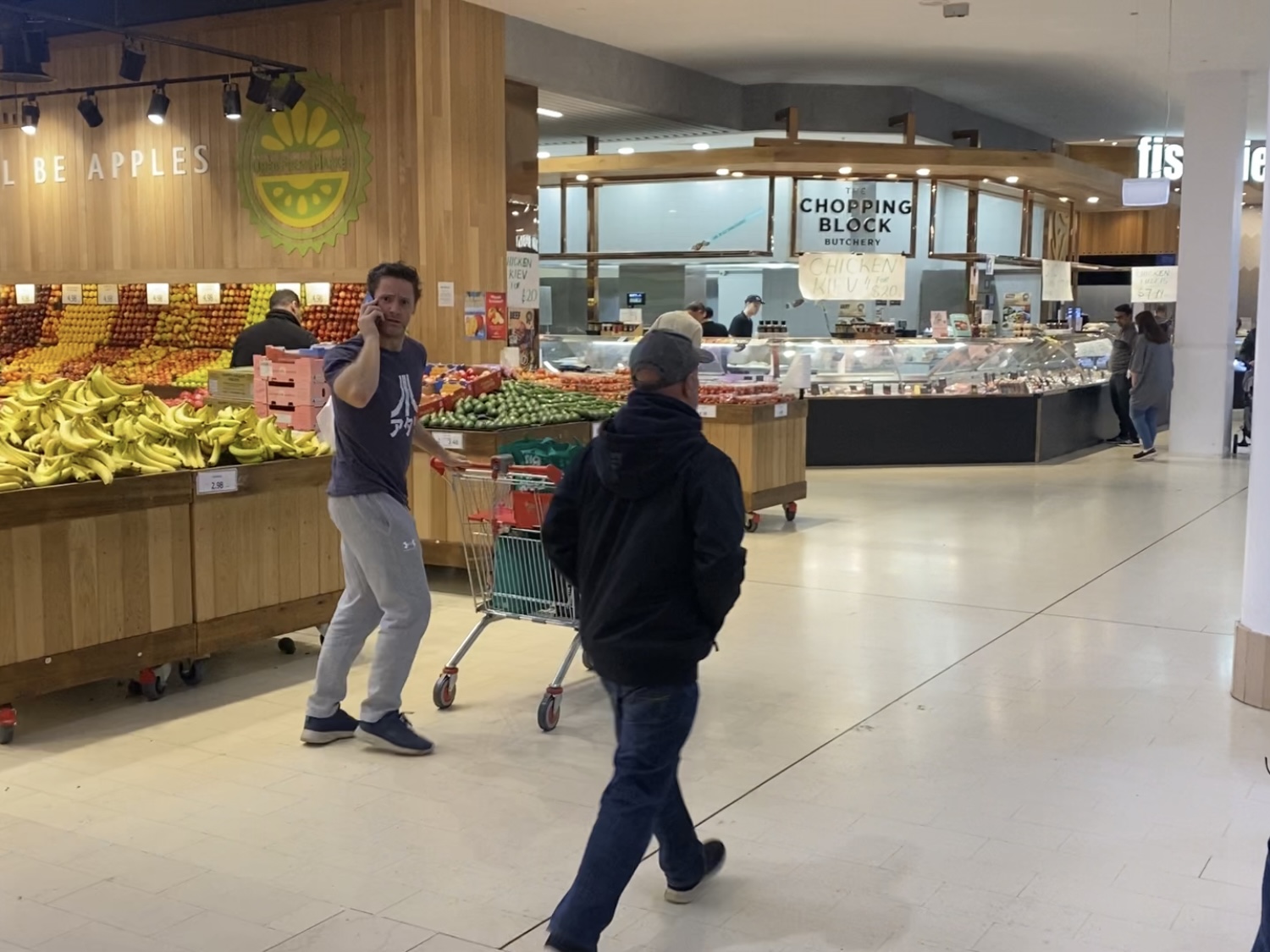 While in Melbourne I've been staying with Cam and Justine Brookes, their three lovely children, and their dog. They live in the suburbs of Melbourne and one day takes the next. It has been really nice spending time with them. The race with the children during the day - and the winding down at night. Go Brooksies!! 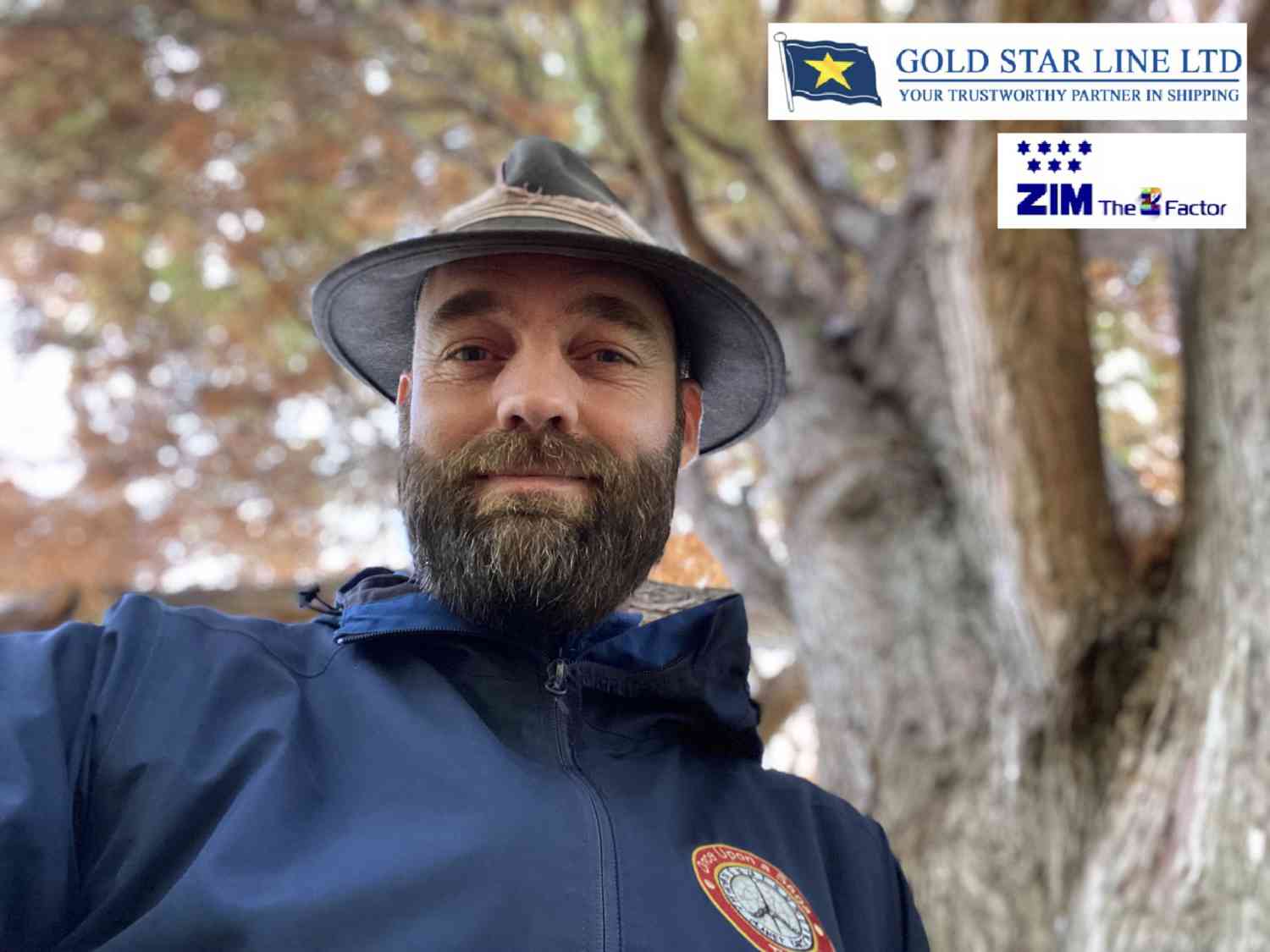 The BIGGEST news of this week: I've been invited to join a ship to New Zealand!! You can take a man out of Hong Kong. But I'm less sure you can take Hong Kong out of a man. I find myself missing Hong Kong more than I miss Denmark. Probably because the memories are much fresher. Well, of course it had to be a Hong Kong company which came to the rescue!! Gold Star Line was incorporated in Hong Kong back in 1958. Gold Star Line is about to enter the hall of fame of shipping companies which have assisted the Saga!! The connection was made by our friends at ZIM Integrated Shipping Services where legends like Poul Kristensen and Steve Felder work. It is an Israeli based company and a leading carrier in the industry. Thanks guys! Now we just need to solve the bureaucrazy of New Zealand and we are good to leave on May 22nd. HOWEVER, just before I finished this entry I received notice via our friends at ZIM, that the owners who on May 6th informed they were looking forward to welcoming me onboard, now regretfully inform that: "due to internal matters owners unfortunately cannot accomodate said passenger request." This means more sand will run through my hour glass. 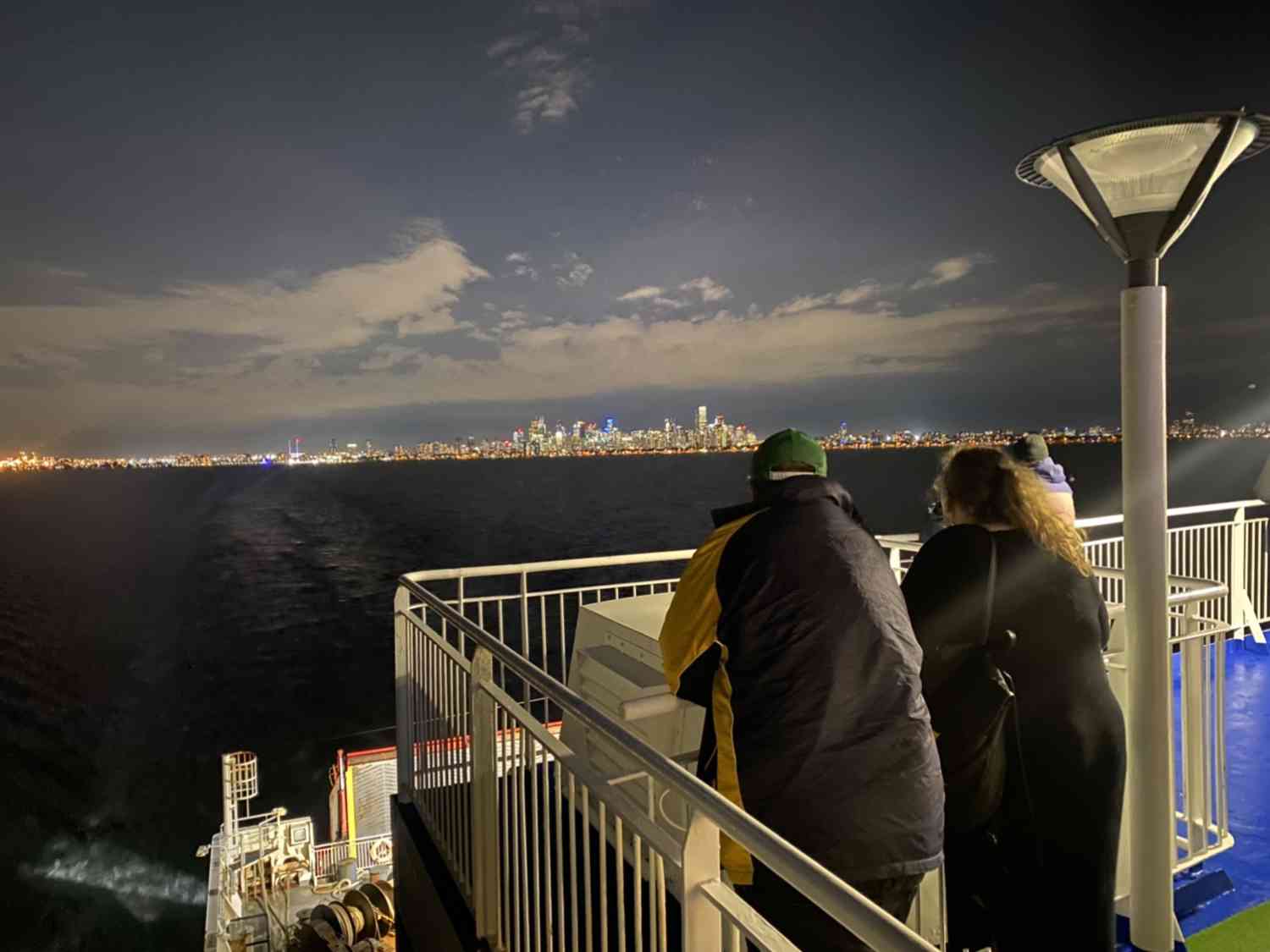 With the assumption that I would be leaving Australia on May 22nd I had nearly two weeks left within the country. What to do with that time? (MBIE had not yet emailed me and I had not yet received the email regarding the owners withdrawing their offer to carry me across). I could rest and relax with the Brookes family? I should probably try to rest more. But I could also go and explore either West Australia or Tasmania! Two places I had never been. Ferries leave from Melbourne to Tasmania every day and the kind staff at Spirit Of Tasmania were helpful with the tickets for the overnight ferry. Gold! Thanks you guys!! It was settled: we were heading south! 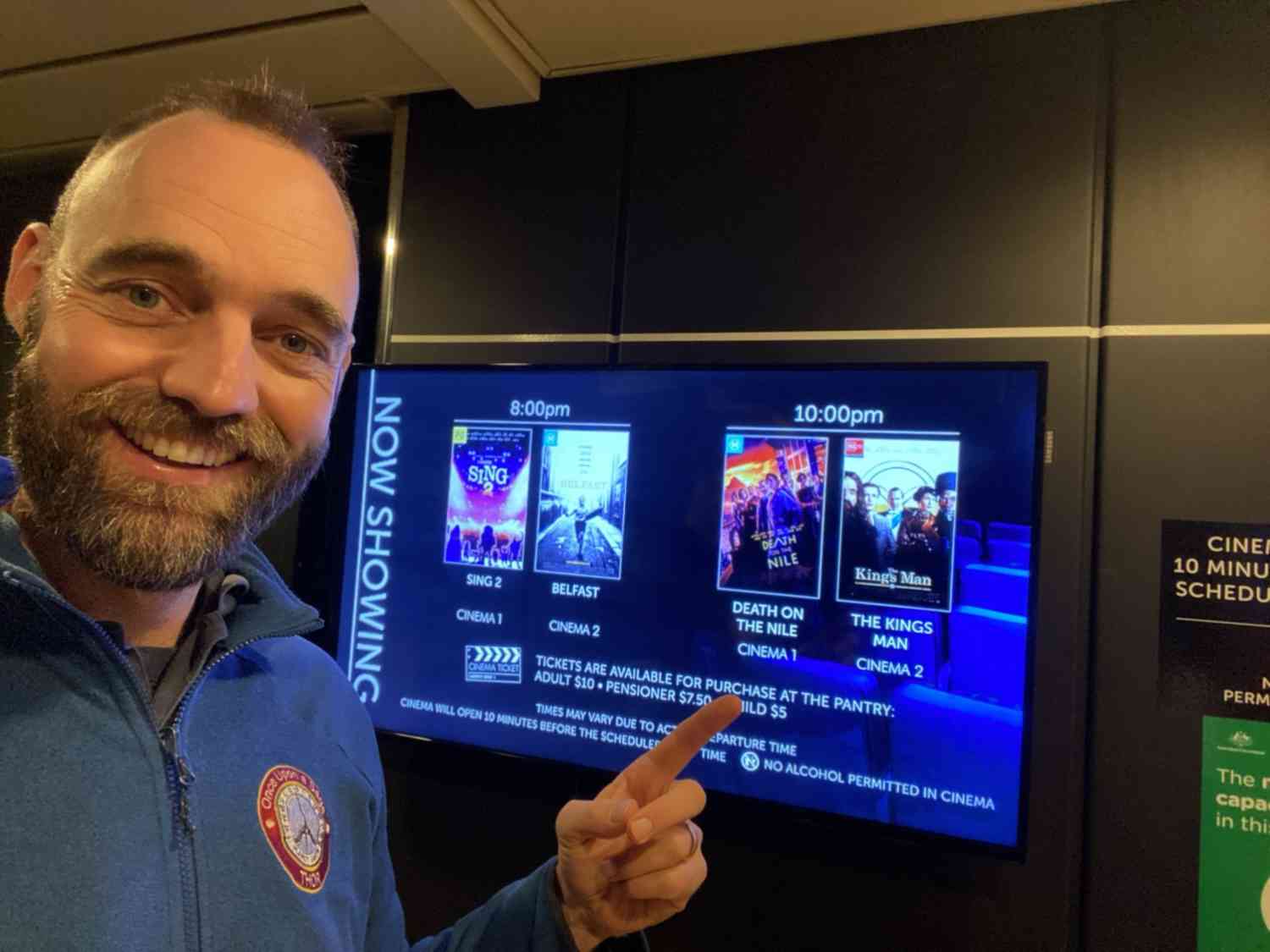 Spirit Of Tasmania offered a really pleasurable crossing of the Bass Strait. Meals came at a reasonable price and I even caught a movie in the cinema. It took just 12 hours to make it across. 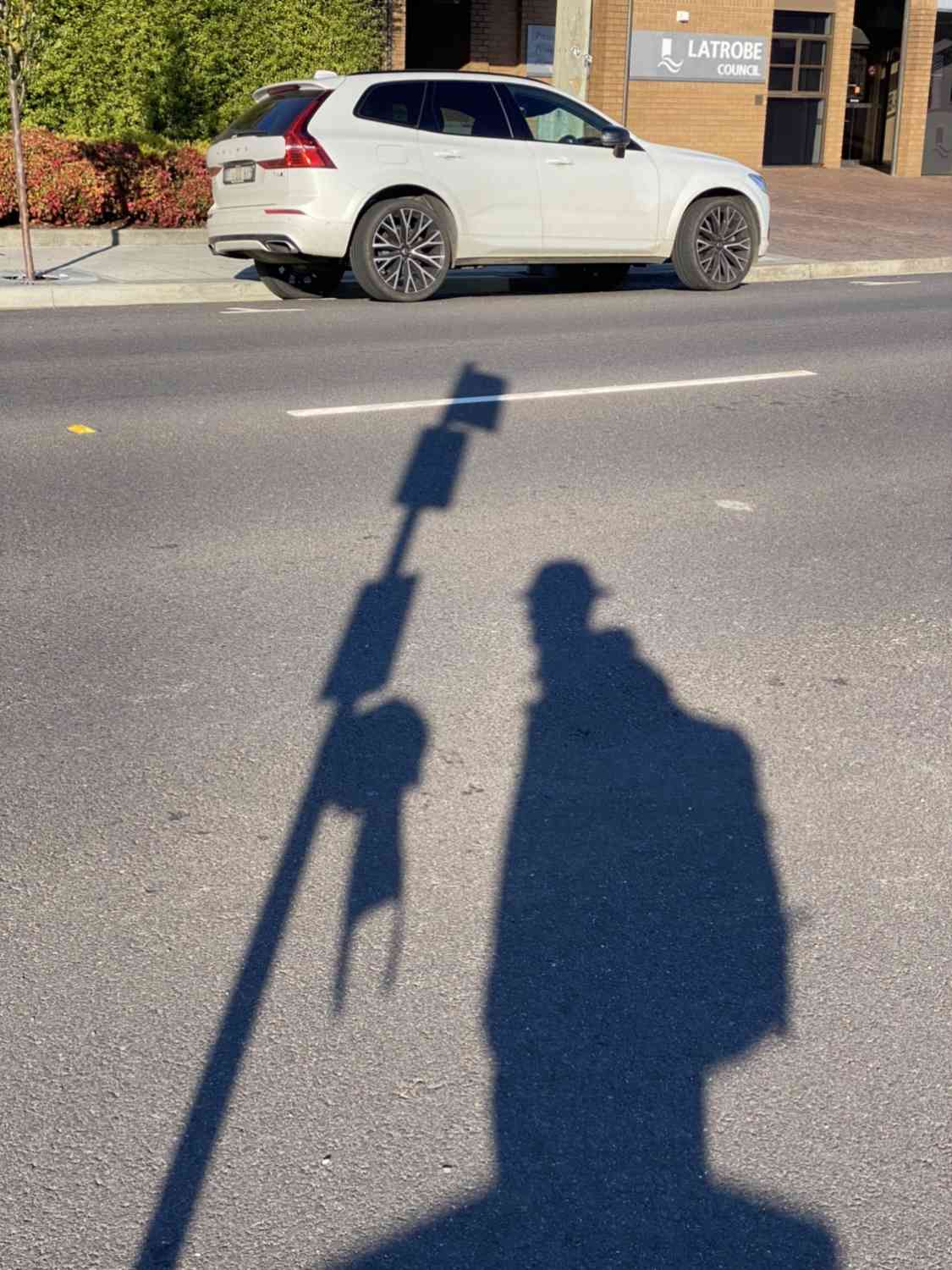 The jury is still out on my thoughts about Australia's public transportation system. It changes a lot from state to state. I find it to be really slow. However, it gets you to where you need to go. It's not cheap but also not unreasonably overpriced. Trains, trams, and busses have all been in good condition. Yeah, I don't know. But I do know that it got harder in Tasmania. 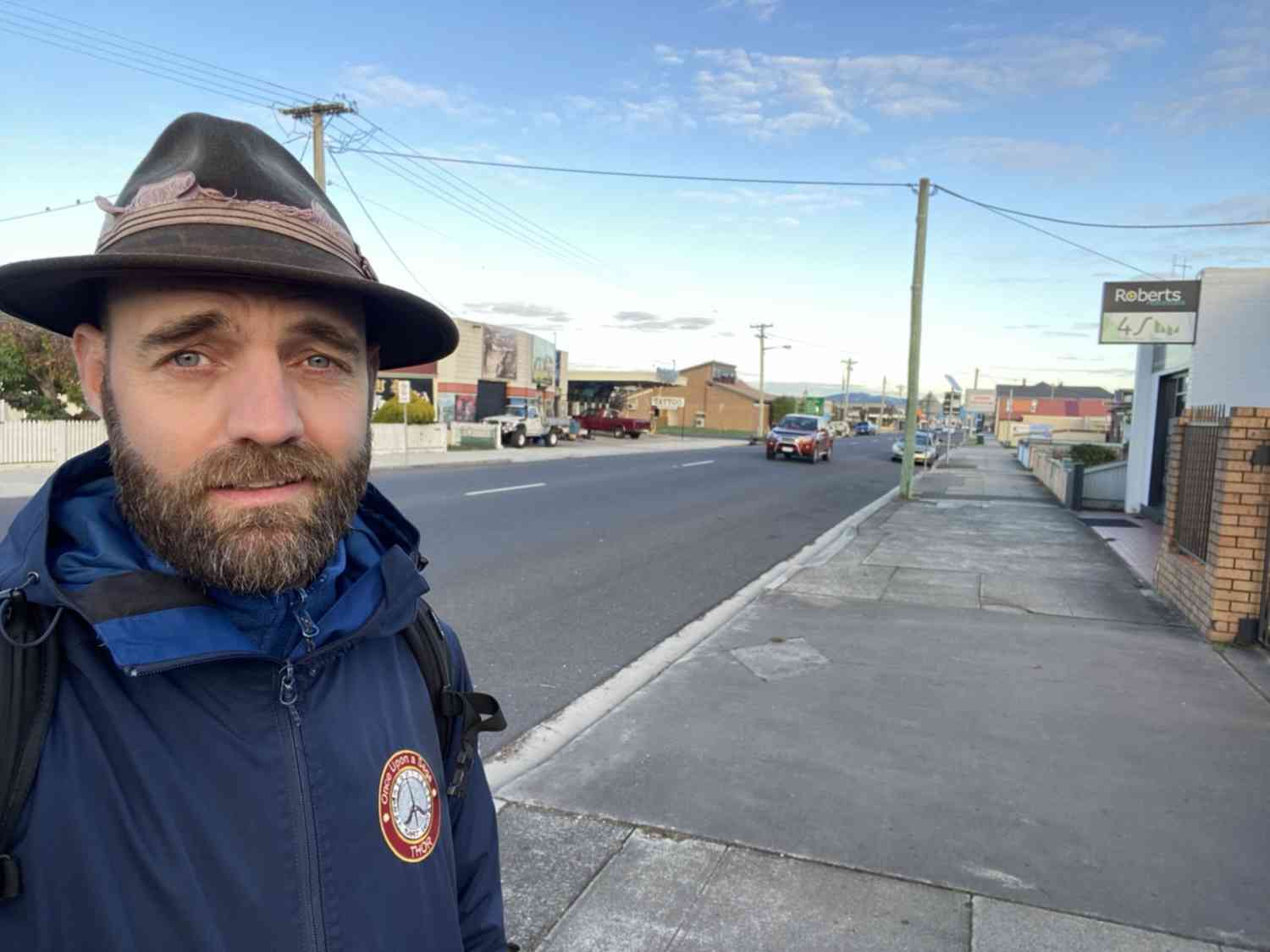 Spirit of Tasmania arrived to Devonport. I asked google maps how to get to Launceston and was given an option. I had to connect at the Mercey Community Hospital near Latrobe. However, the bus to Launceston did not arrive. Apparently I had to book it the day before to make it stop at Mercey Community Hospital. And the call center didn't open until 09:00am. The next bus was at 1:00pm. 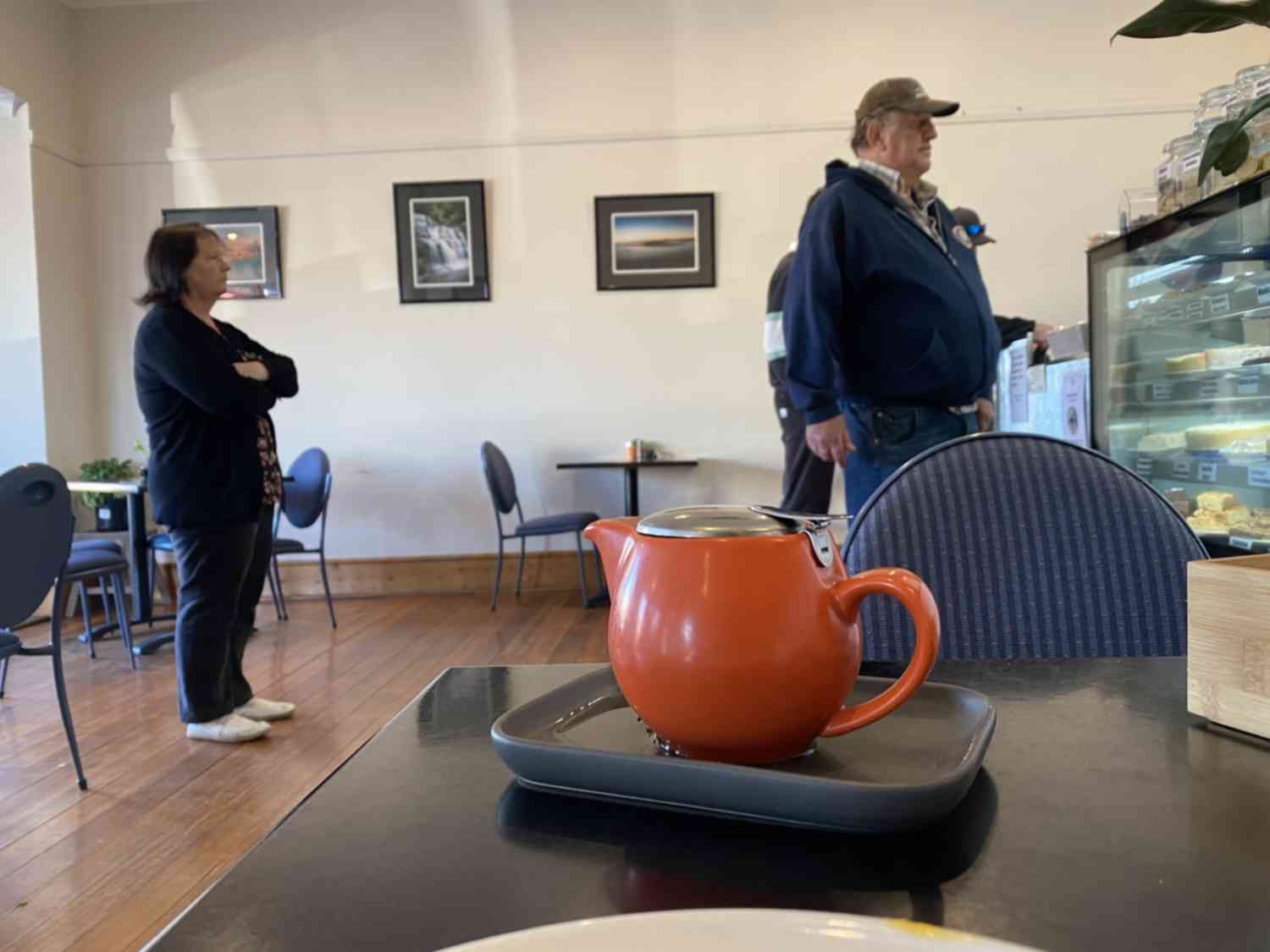 Well, at least I got to walk about in Lantrobe which seemed nice. The people were nice too. Now I had to make my way back to Devonport to catch another bus to Launceston. Full circle. 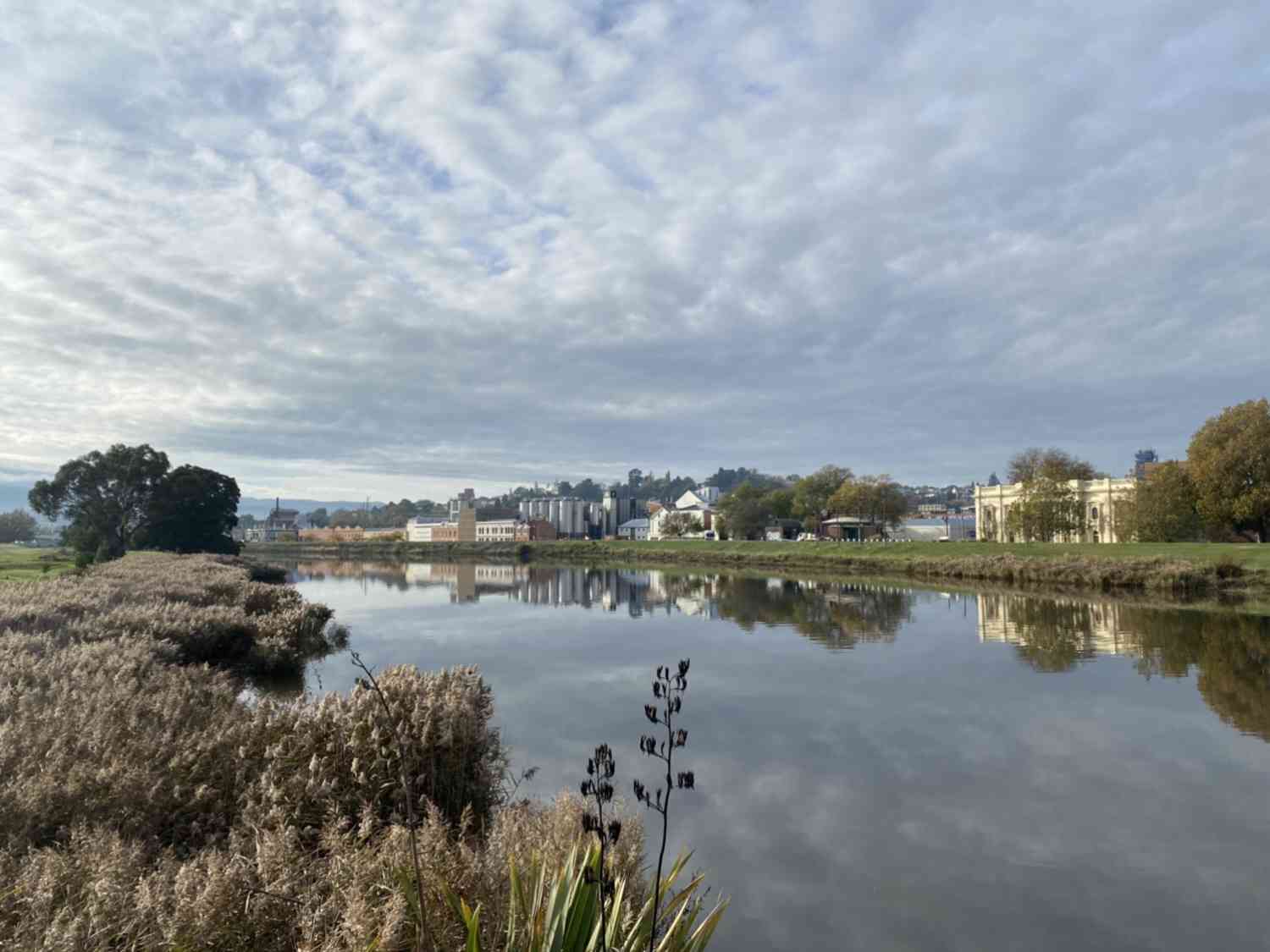 I finally made it to Launceston which is really lovely. Lots of heritage buildings and history. It is Tassies 2nd largest city with around 70,000 beating hearts. The city had its slow beginnings some 200 years ago and rose to prominence over time. It still shows today. 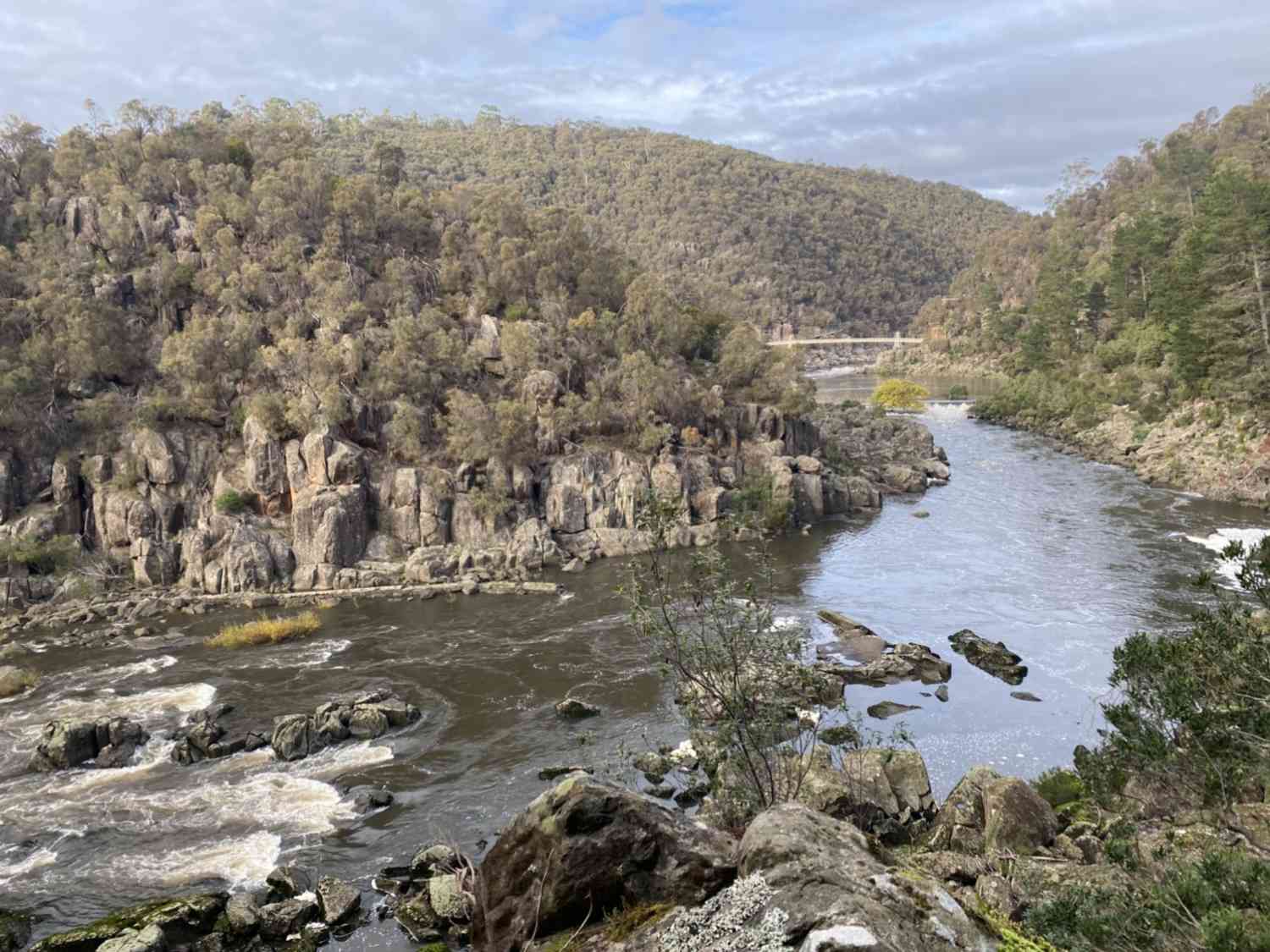 The North Esk River meets the South Esk River in Launceston and forms the River Tamar, which flows into the ocean. Such beauty in the region. 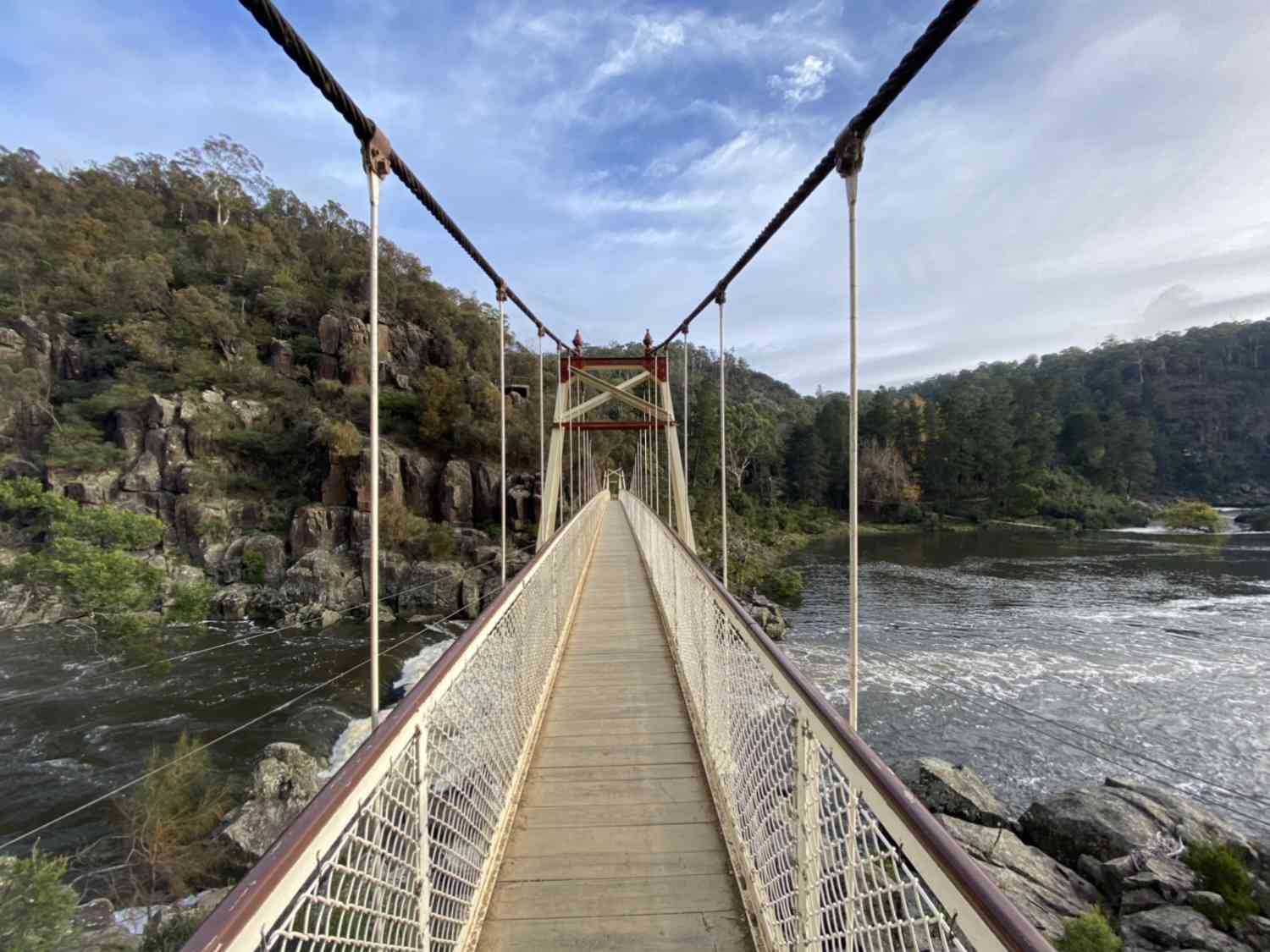 I ran out to Launceston's Alexander Suspension Bridge and across it. And back again. What lovely scenery for a morning run. Healthy body - healthy mind. 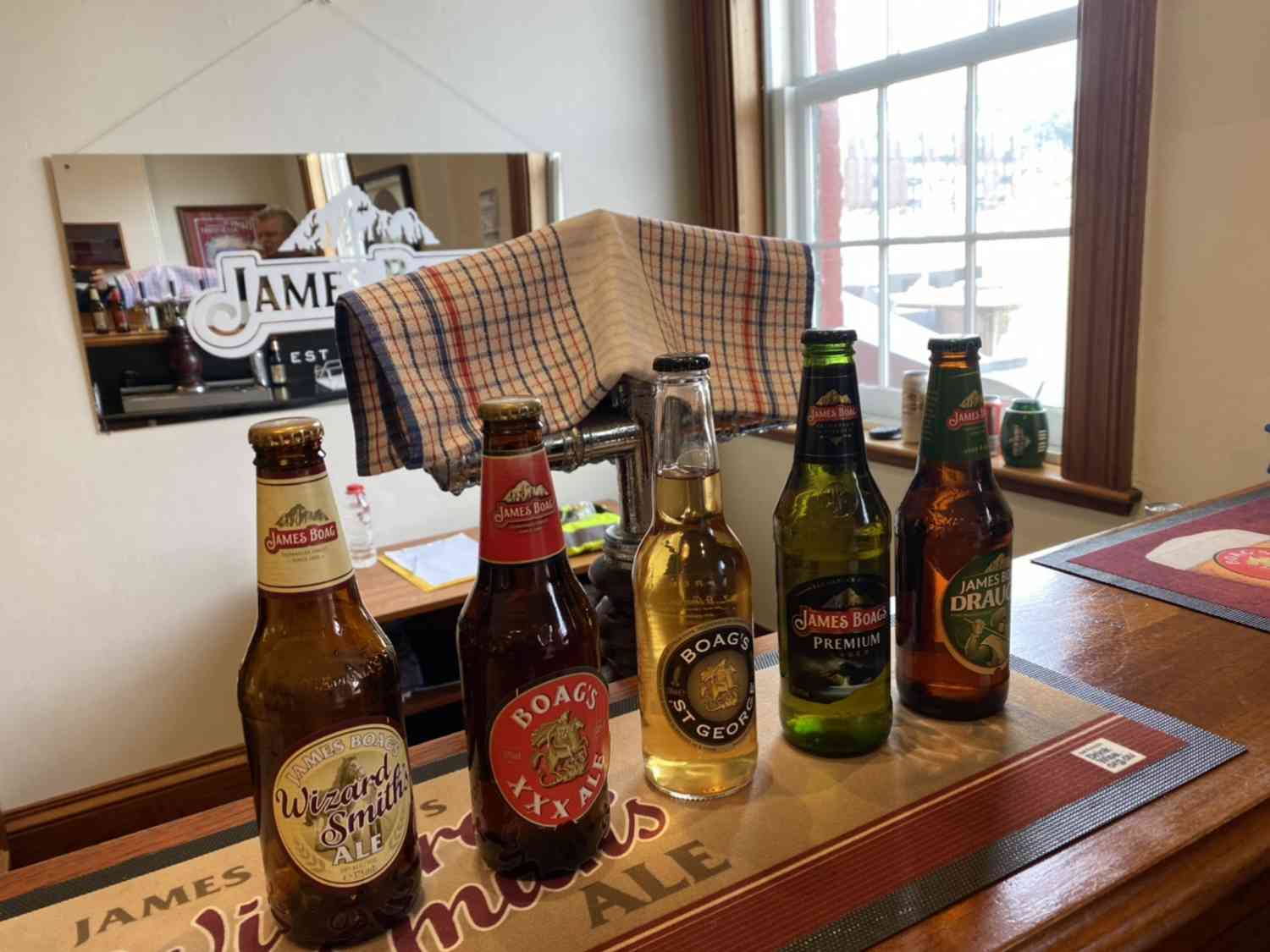 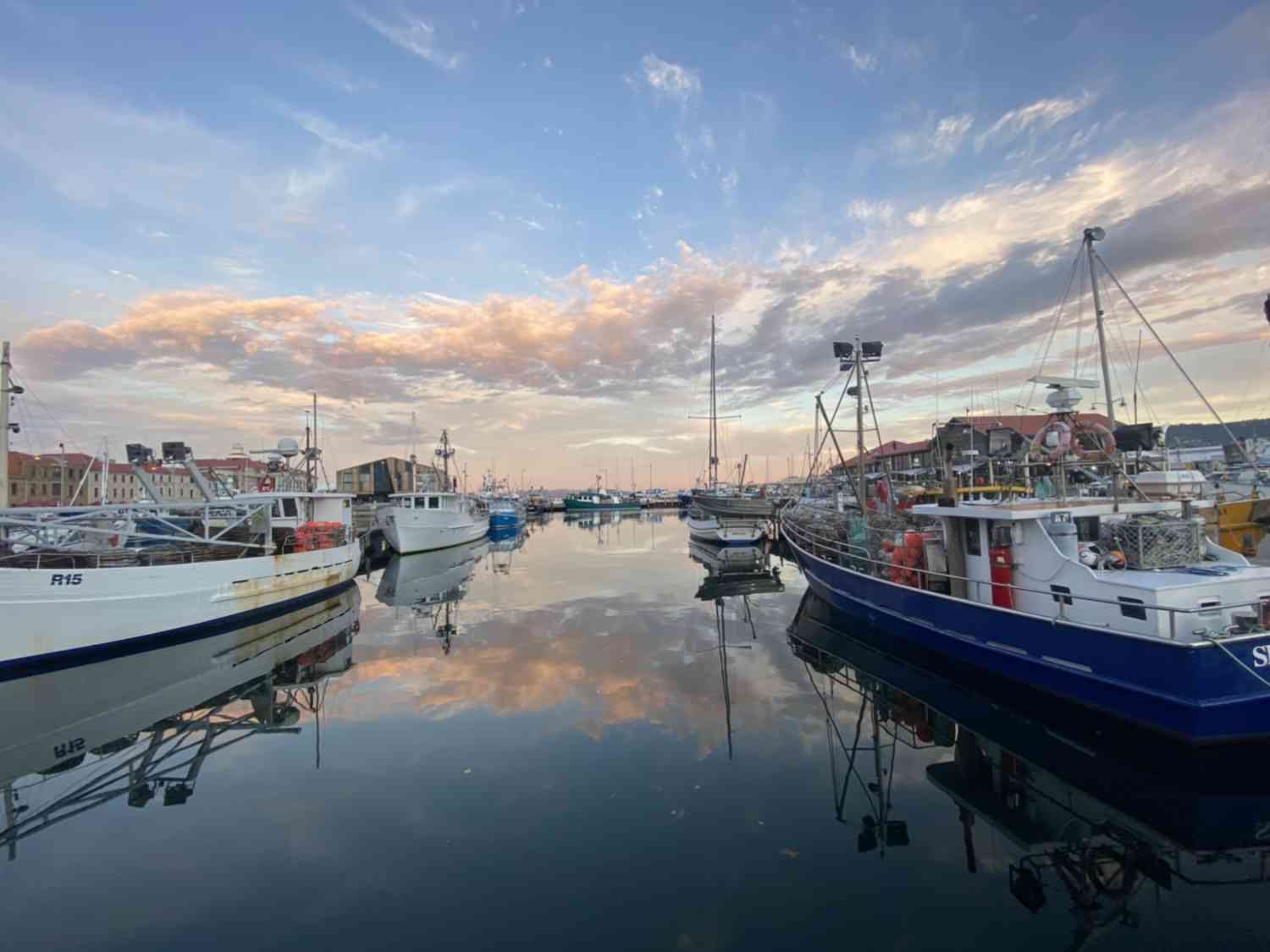 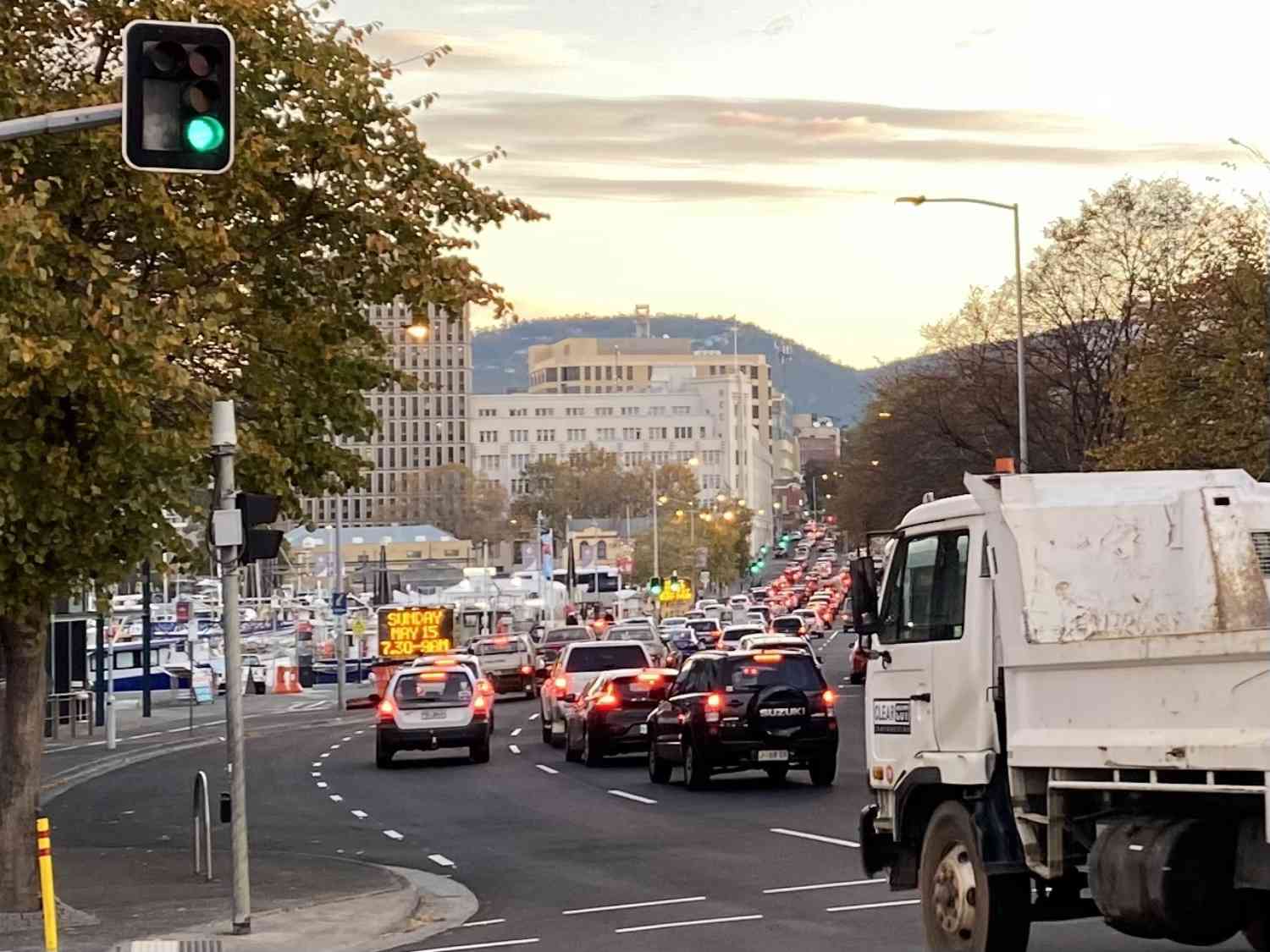 Hobart seemed nice enough. But I did think there was quite a bit of traffic. 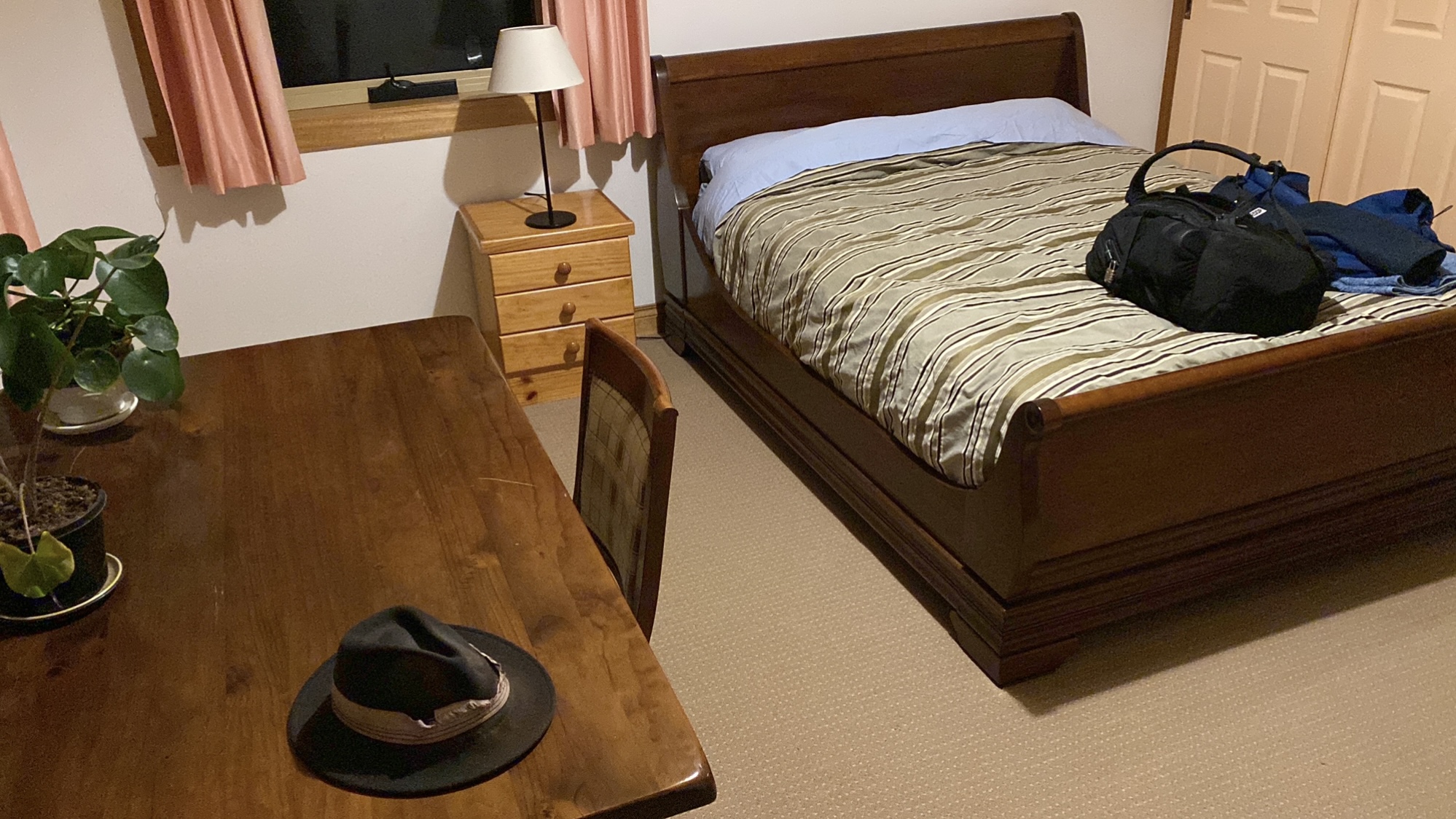 The kindness of strangers never seizes to amaze me. Isabella is Danish and has been following the Saga for many years. Isabella worked together with my sister-in-law for about six months and probably learned about the Saga through her. She offered to set me up where she lives, about an hour outside of Hobart. The nature is pristine!! Isabella lives together with a bunch of people and manages the household together with them. Everyone is super sweet. Isabella's partner picked me up in Hobart and drove me to where they live. We drove through the dark and saw a great deal of animals on the way such as wallabies, pademelon's, and a quoll! I only knew of one of those three. But Isabella's partner (Damien) seemed really excited about the quoll. I don't know how long I will be staying. Perhaps over the weekend. Both Isabella and Damien are really kind and hold very interesting stories. There is much kindness to be found in the world. 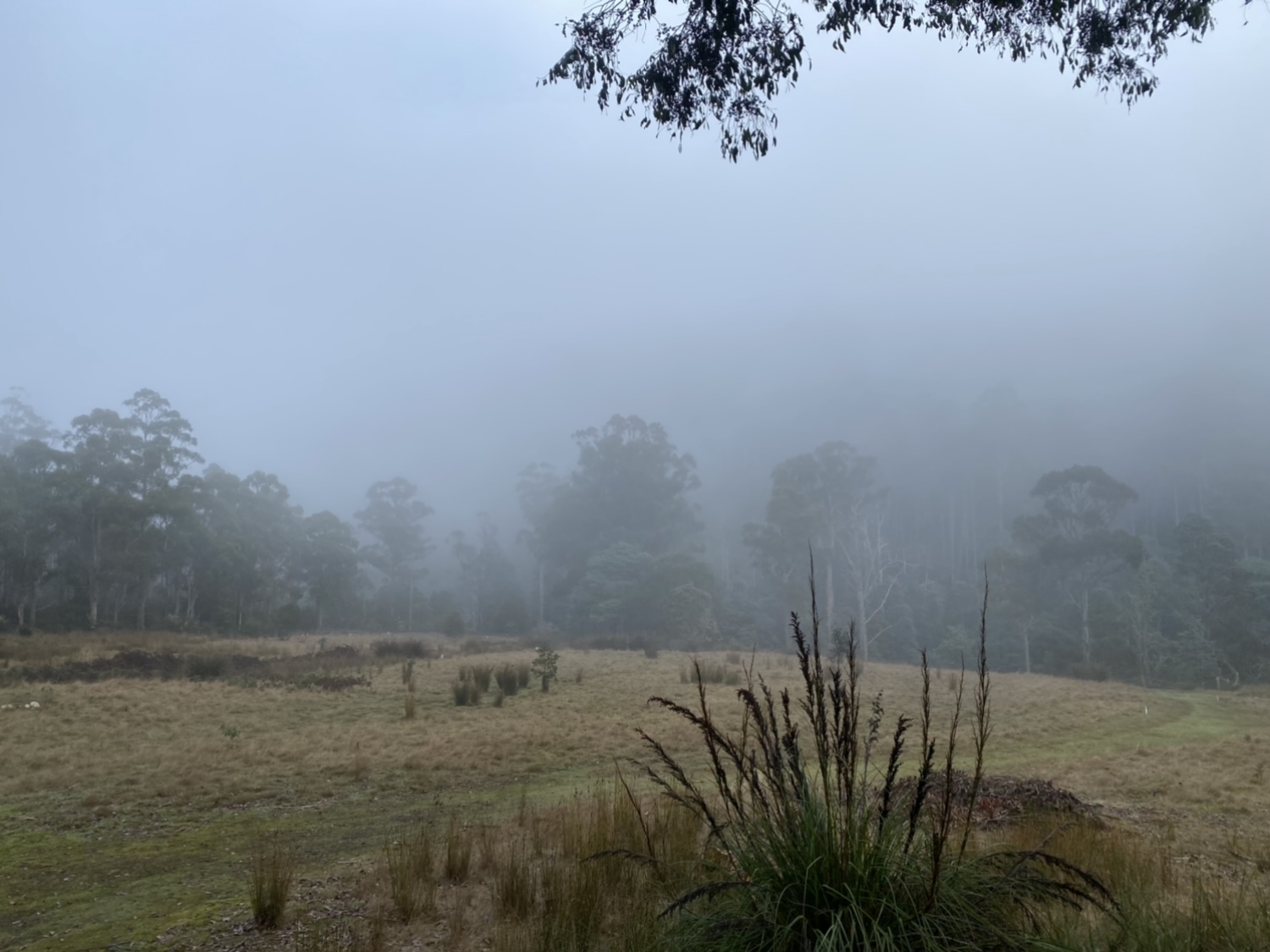 It's really cold. Not for most people who are accustomed to it. But I'm not accustomed to it!! I'm nearly freezing all the time. It has largely been like that since I came to Melbourne. Tasmania is even colder. I'm not acclimatizing well to it. I feel cold, frustrated, tired. And I definitely need some wind in my sails. No more straw on my back.