The world is full of wonderful places. But it remains to be the people I meet who run off with the first prize. 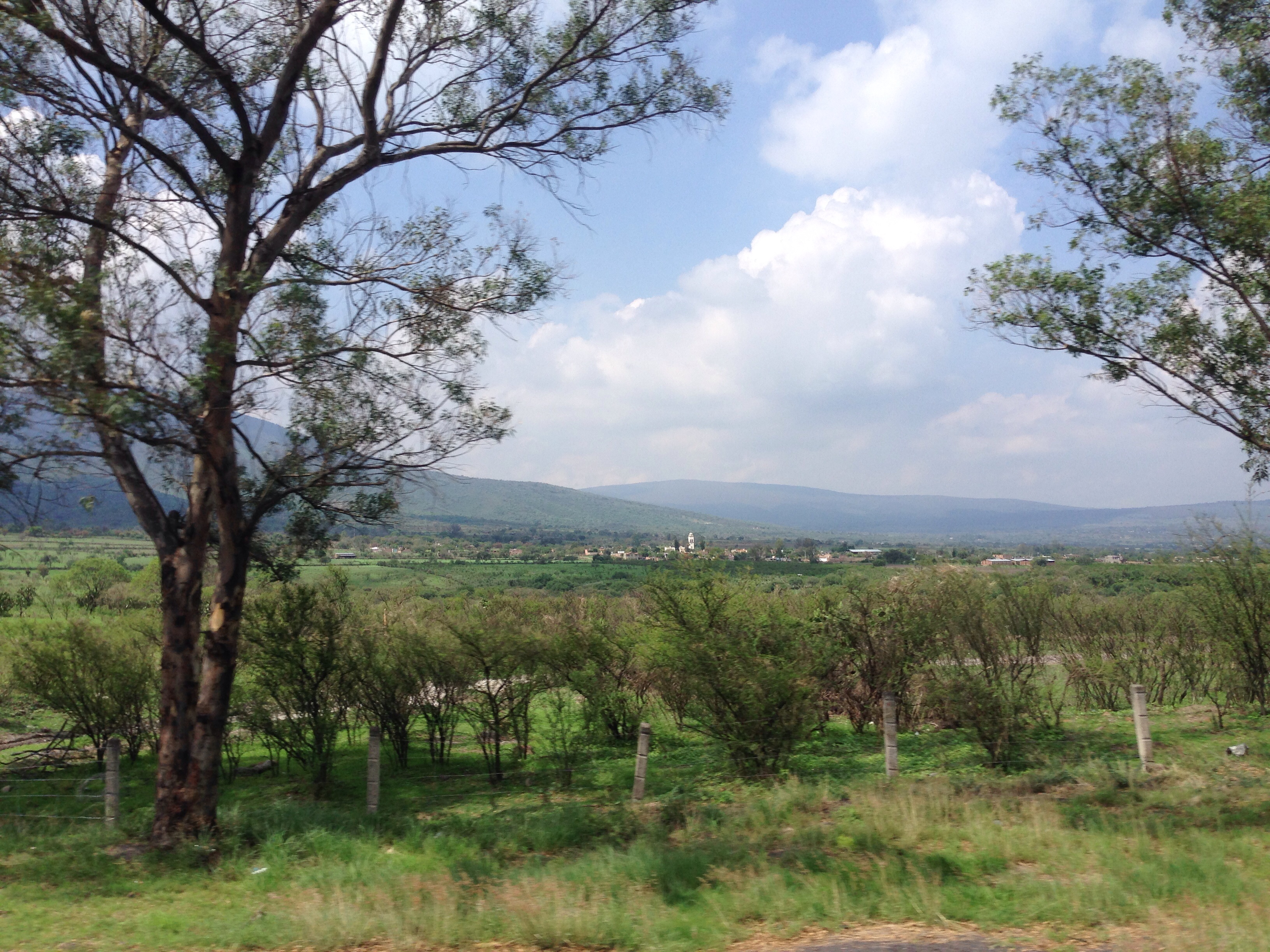 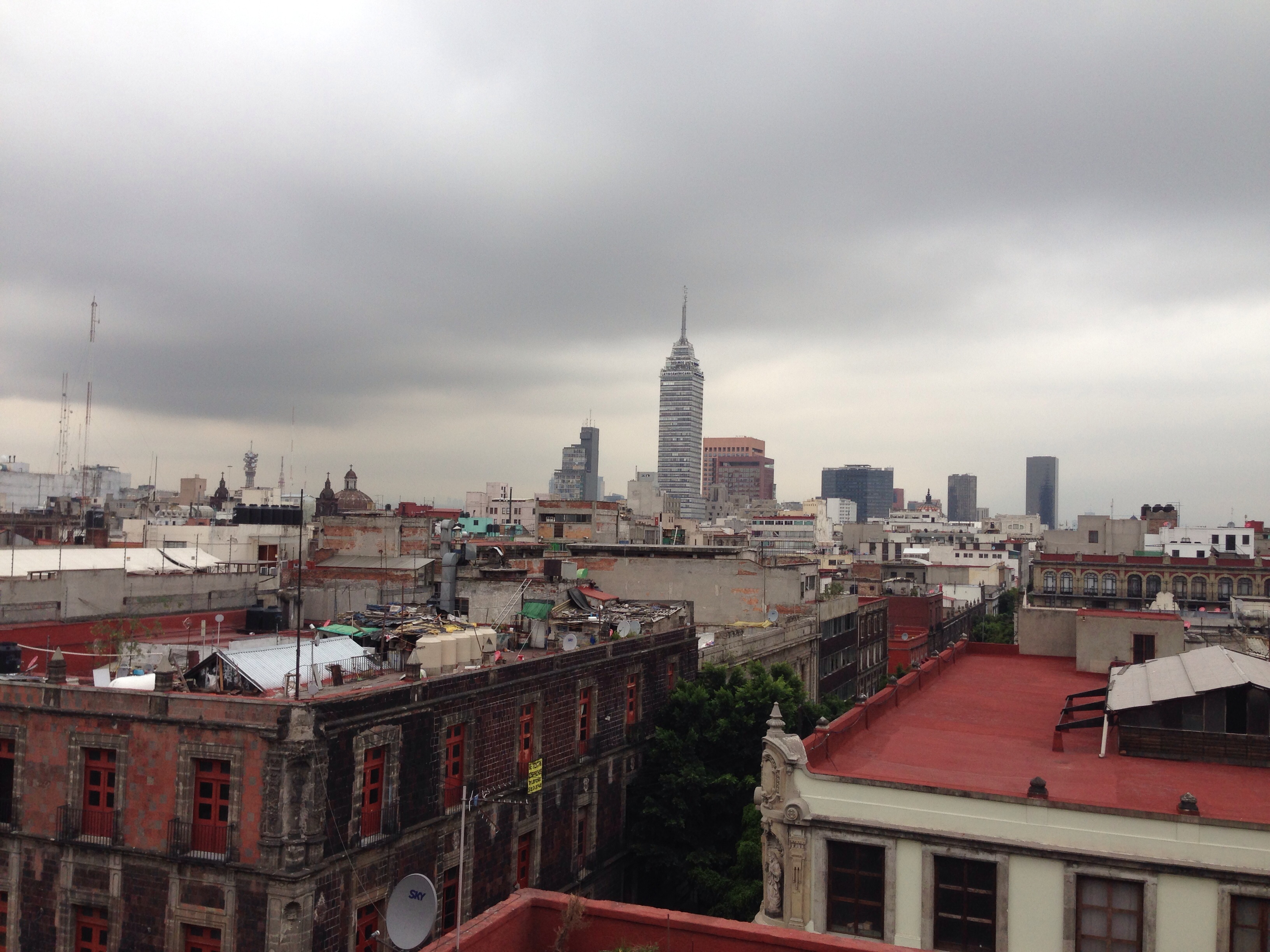 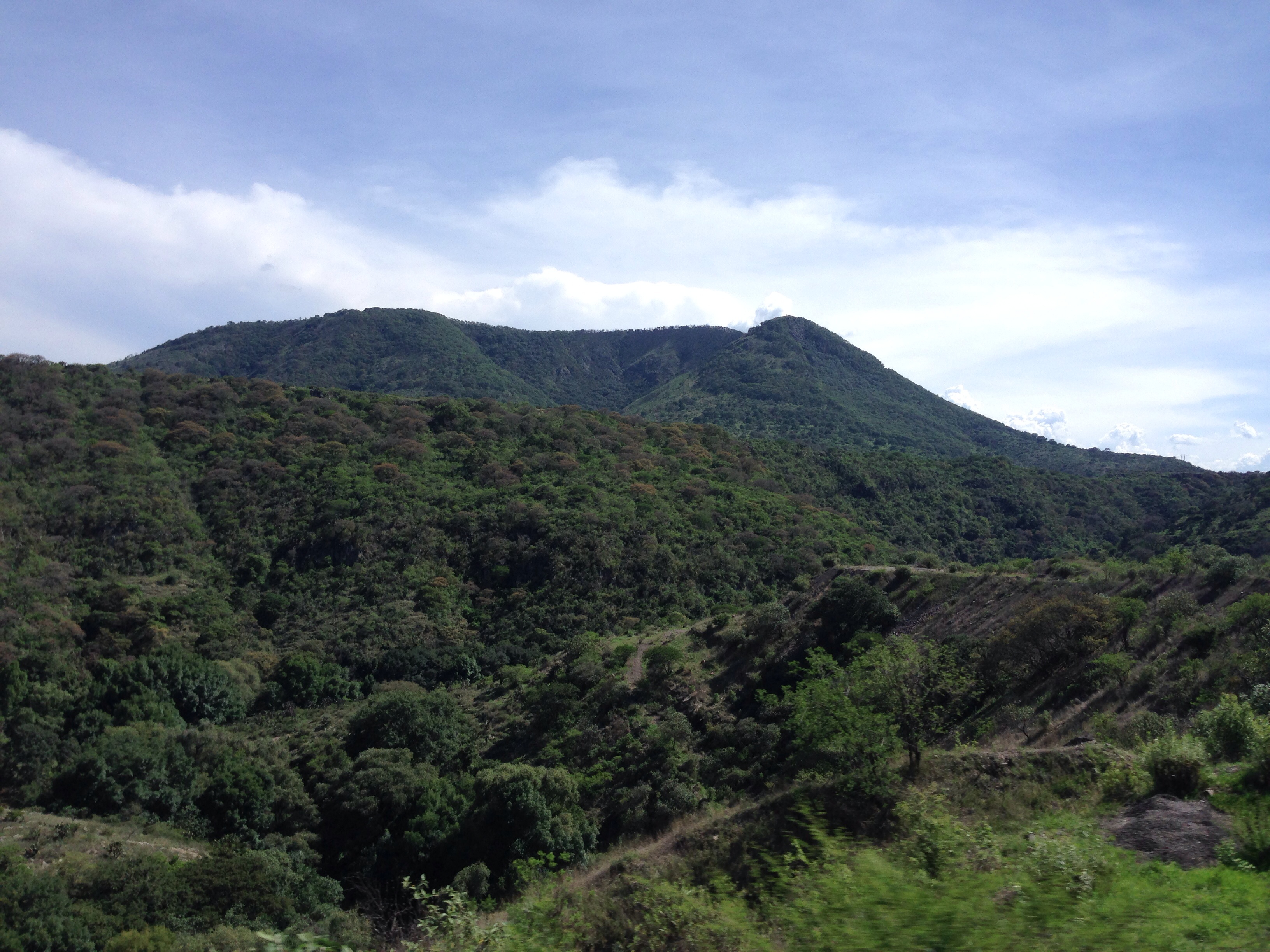 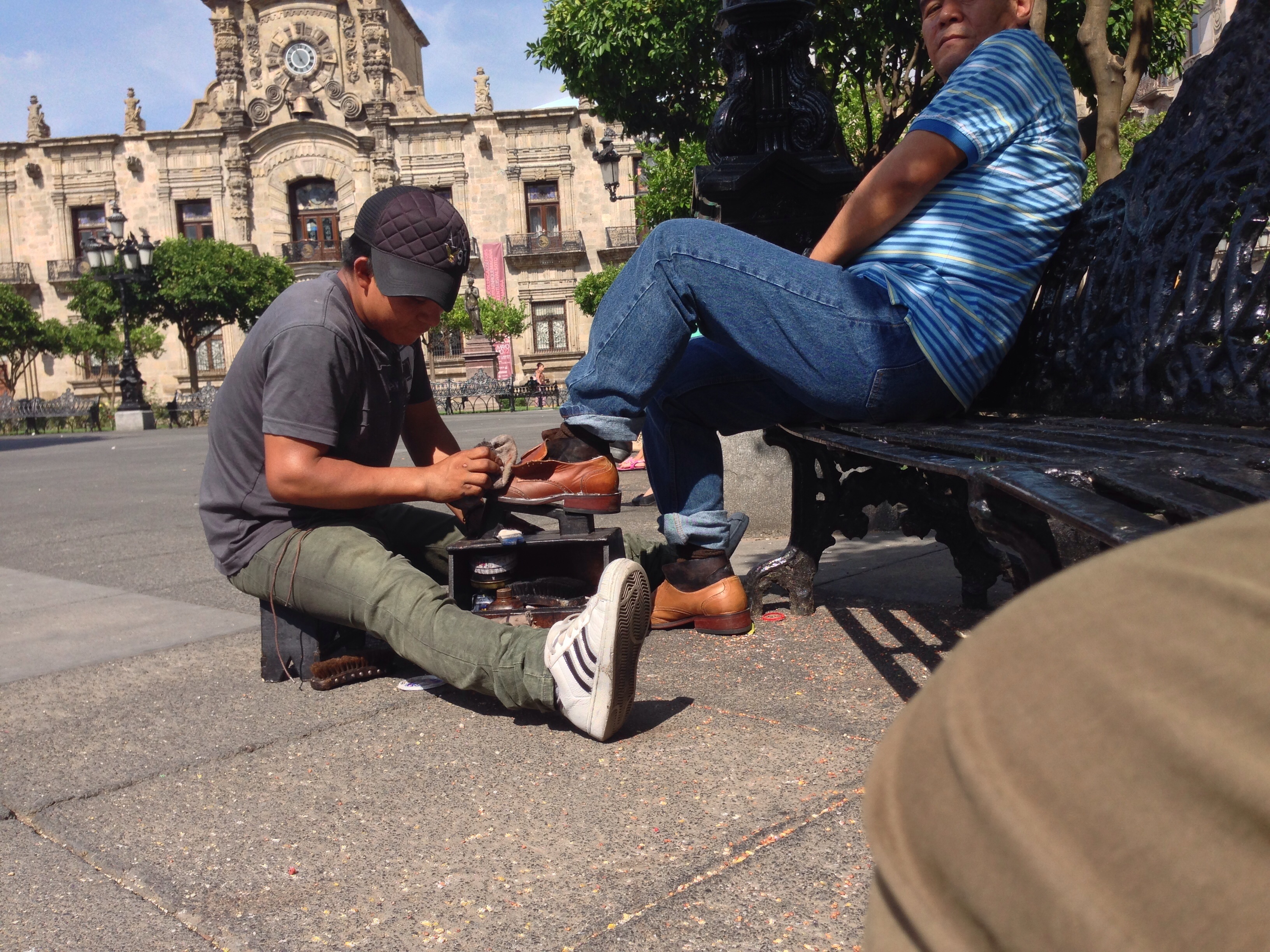 Leaving you with the last blog describing some of the adventures of Canada and the US you may remember that while entering the US I encountered a look-alike Colin Farrell customs and immigrations officer who strongly warned me about Mexico? He will never know how wrong he was.I strongly believe that you are ignorant if you hate a country. How can you hate an entire country? Everything in it, all the people, all the towns, villages, inventions, parks, meals and pieces of art? All of it? I will however let you get away with claiming that you love a country. I'm a little two faced like that. Sorry. 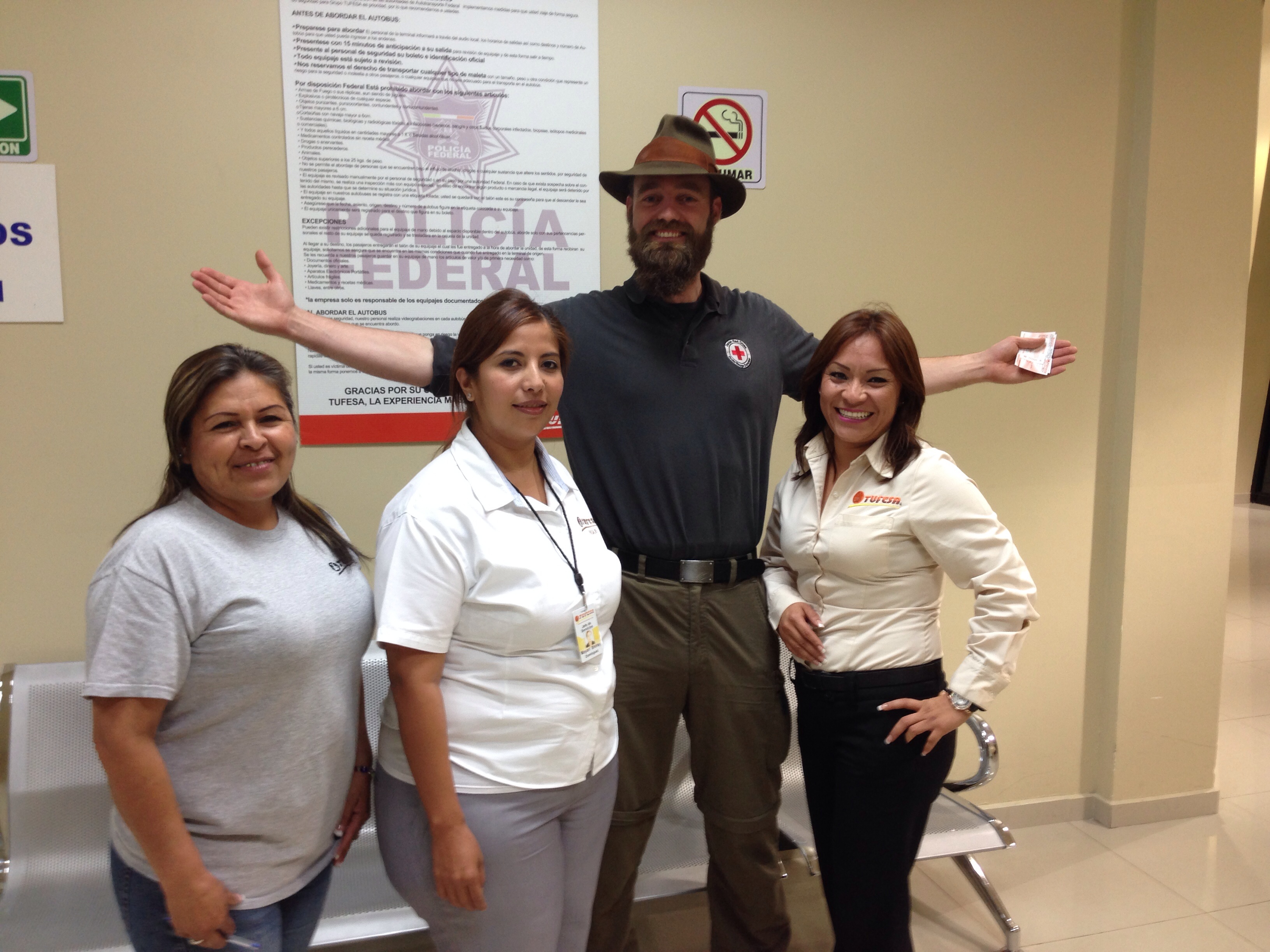 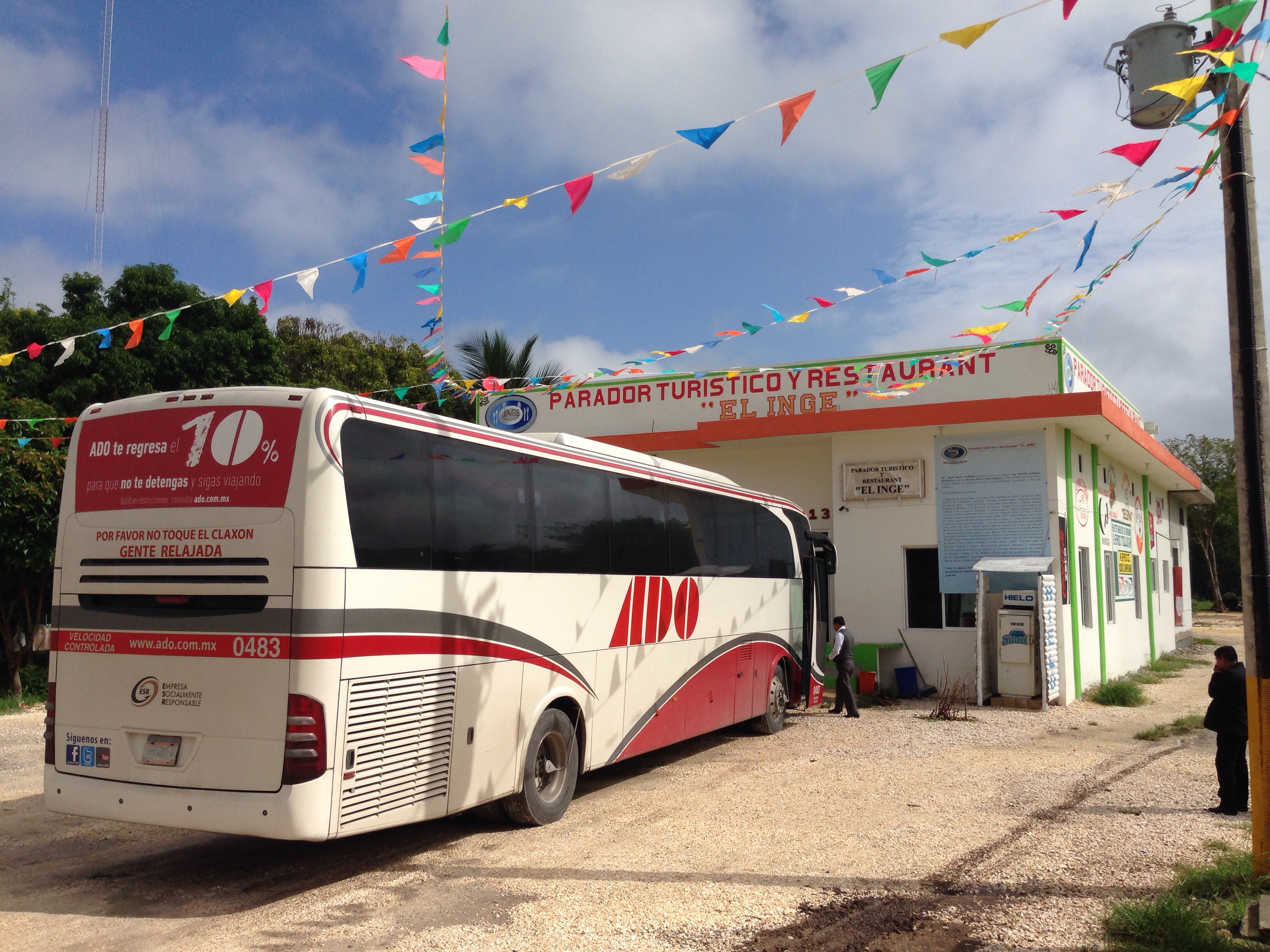 3 fabulous Mexican women at Tijuana who booked me on a less fabulous tripI was ready to HATE Mexico before I reached Guadalajara. It started with a bus from Los Angeles to Tijuana. Customs and immigration was a piece of cake. In Tijuana I discovered that a bus was leaving for Guadalajara only 15 minutes after I arrived. Why not I though? I got a ticket and found my seat which would be my seat for the next 32 hours. The first 20 hours were pretty okay. The bus was fine although 20 hours is a long time in a bus. But then something happened with the air conditioner and it felt like a horse was breathing me directly into my face. It slowly got warmer and warmer as we traveled through the desert. I managed to fall a sleep for a while but abruptly woke up due to a foul smell! It must have been the septic tank overflowing and the horse-breath air conditioning working together??! But that was not all? The bus had another trick up its sleeve; perhaps the shock absorber gave up because now everything was shaking like a skeleton with Parkinson's!! The last 12 hours of that bus ride were 12 very long hours. 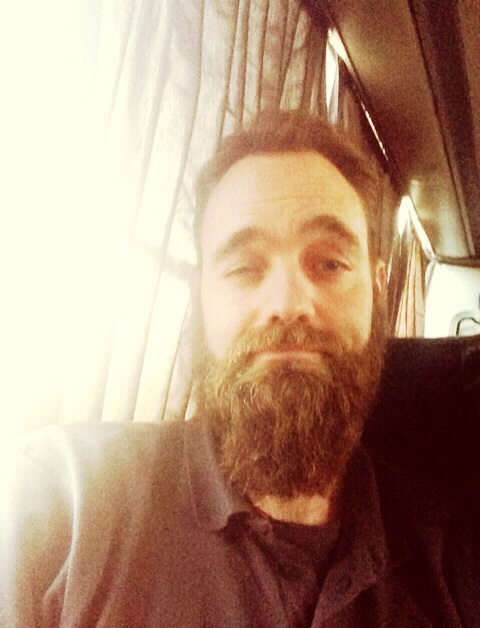 I'm not getting younger on these bussesI was soooooo tired and felt a little sick when I arrived to Guadalajara so I gave myself a time out and booked 2 nights in a hostel where I locked myself in for a while. I didn't really venture out until the second day and found Guadalajara to be a wonderful place just as I remembered Mexico to be. A place full of life, good food, architecture and friendly people. What more do you need in life? I really enjoyed walking around observing and traveling. In the afternoon the great heaven above broke and water started pouring, lightning and thunder blitzed and crackled and I enjoyed it to the full. 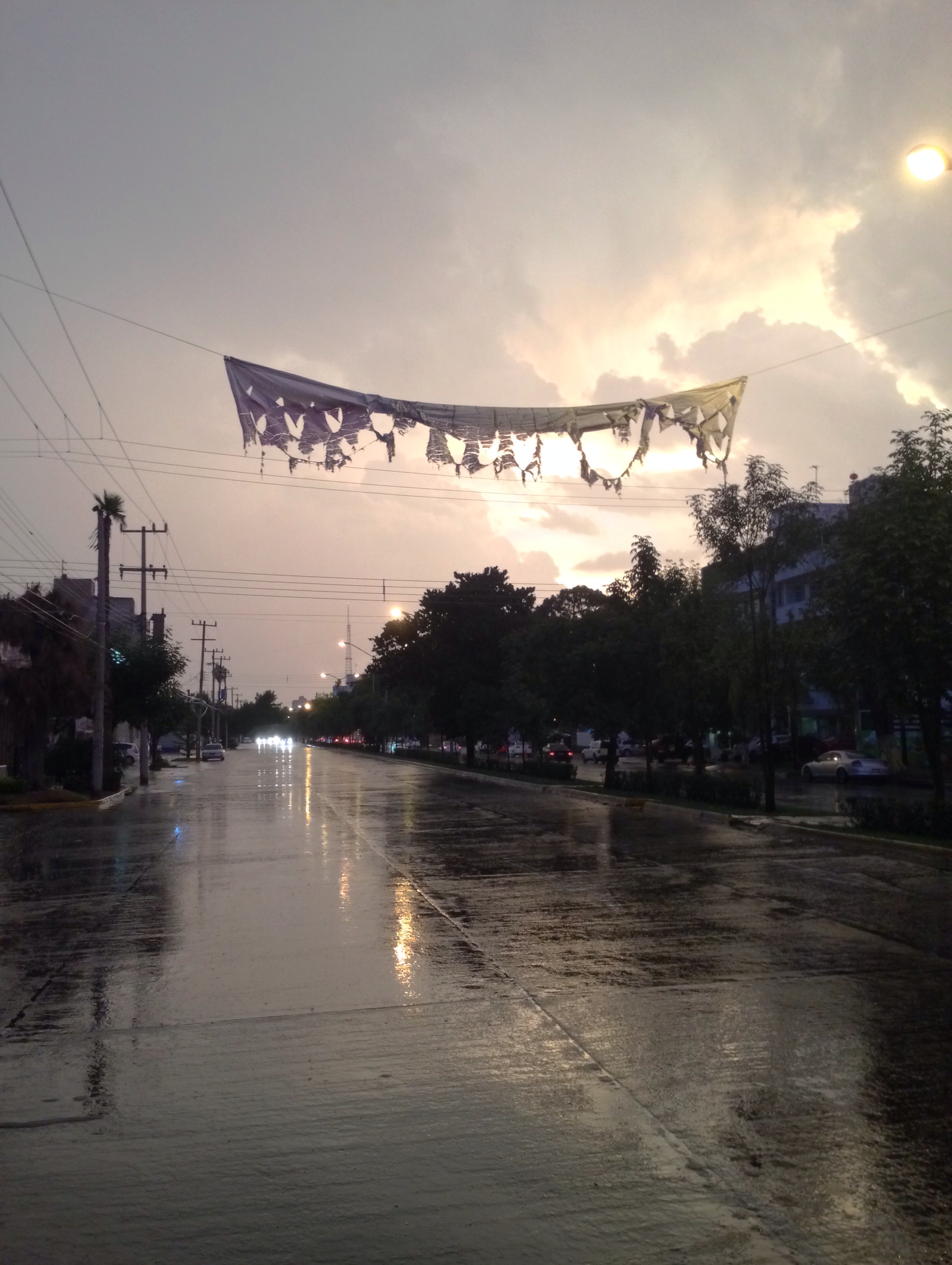 The silver lining?From Guadalajara I got on another bus which got me to Mexico City. I checked in to a hostel and went out to meet with Majo and Javier. Who are they I hear you asking? Well, I hardly knew myself actually. But I briefly met them when I was going through Andorra and they helped me take a picture of me by holding my phone. That pretty much sums up our prior relationship but they have been following the project ever since and are now both working in Mexico City. That was more than enough reason for us to meet for dinner so we did exactly that. How cool is that?! How do human relations begin? We had a good time and who knows - maybe Majo and Javier will be working in Tokyo when I get that far. 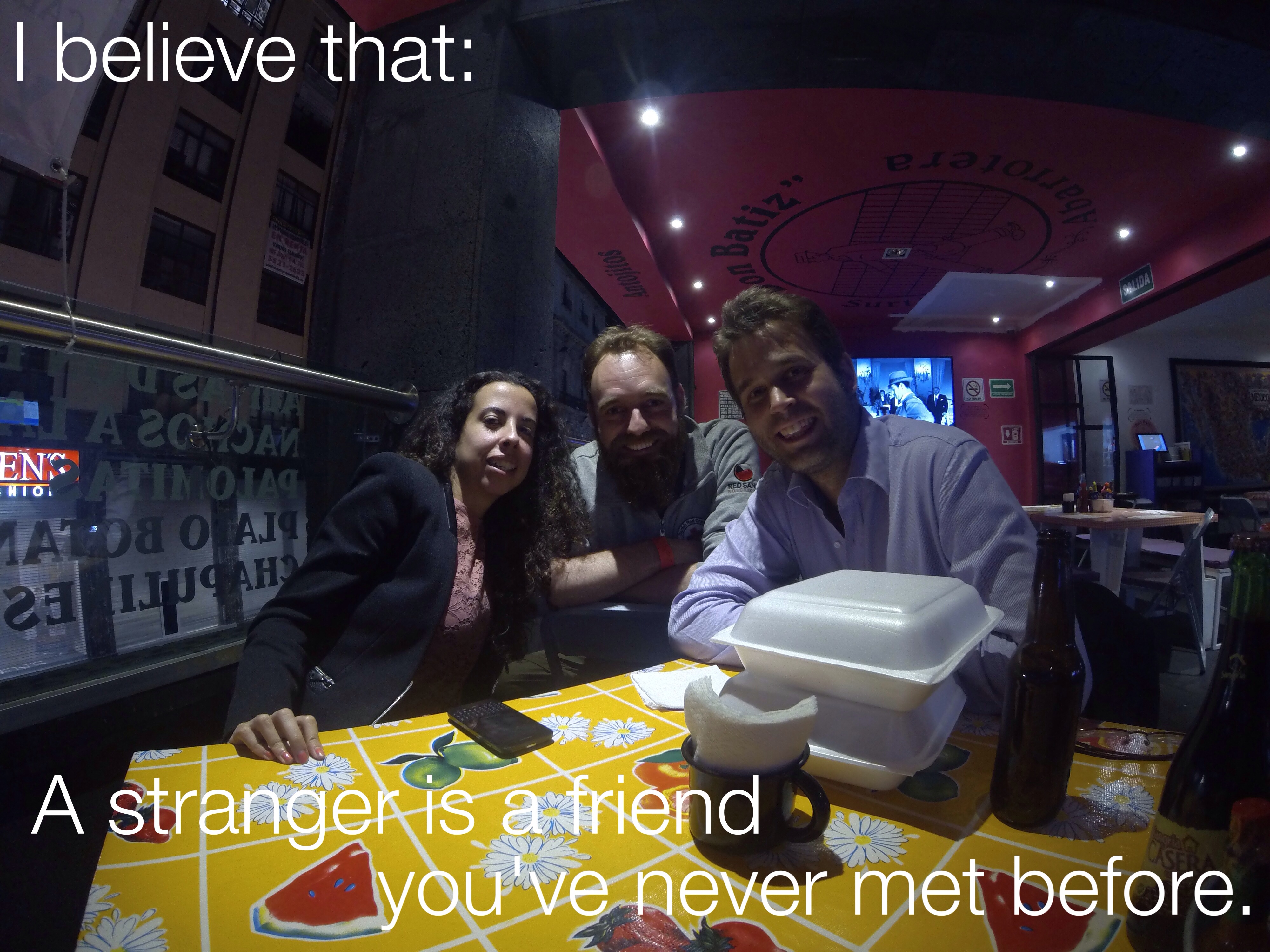 Majo and Javier :)Oh no?? It isn't my brains that are driving this project!! I realized that I had lost my GPS transmitter which is "documenting" the route through the countries I have visited so far. I knew exactly where I forgot it. I left it on the bus coming to Mexico City. Javier tried calling the bus terminal several times but with no luck. 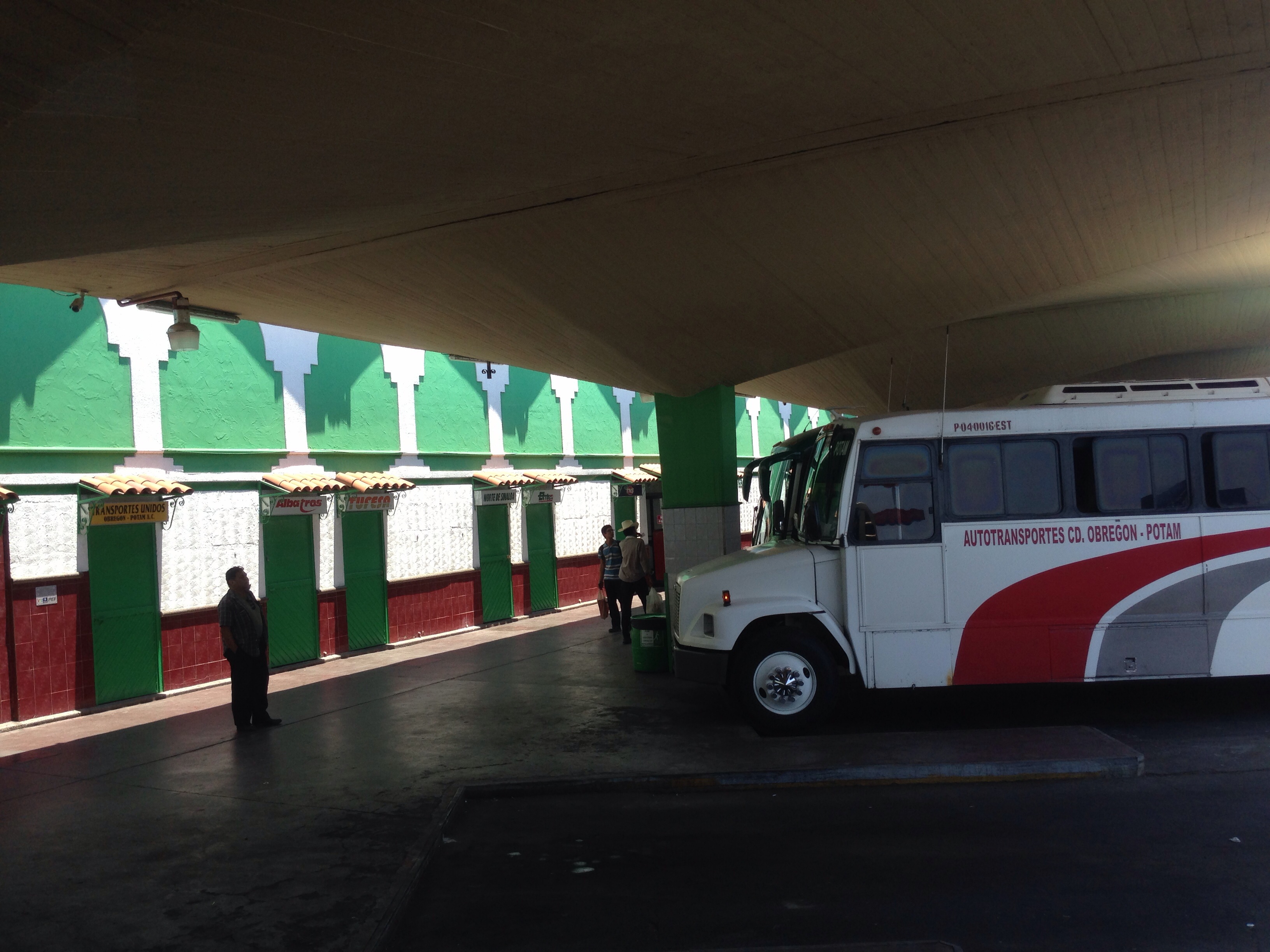 Bus station - one of many :)The next morning the receptionist at the hostel also tried calling with no luck. A consensus among people I spoke to started to form that I would never see my GPS again. It's not easily replaced so that would be a disaster and I would need to stay behind in Mexico and wait until I could get a new one as I must document this journey. I wish I had less beard and more brains! 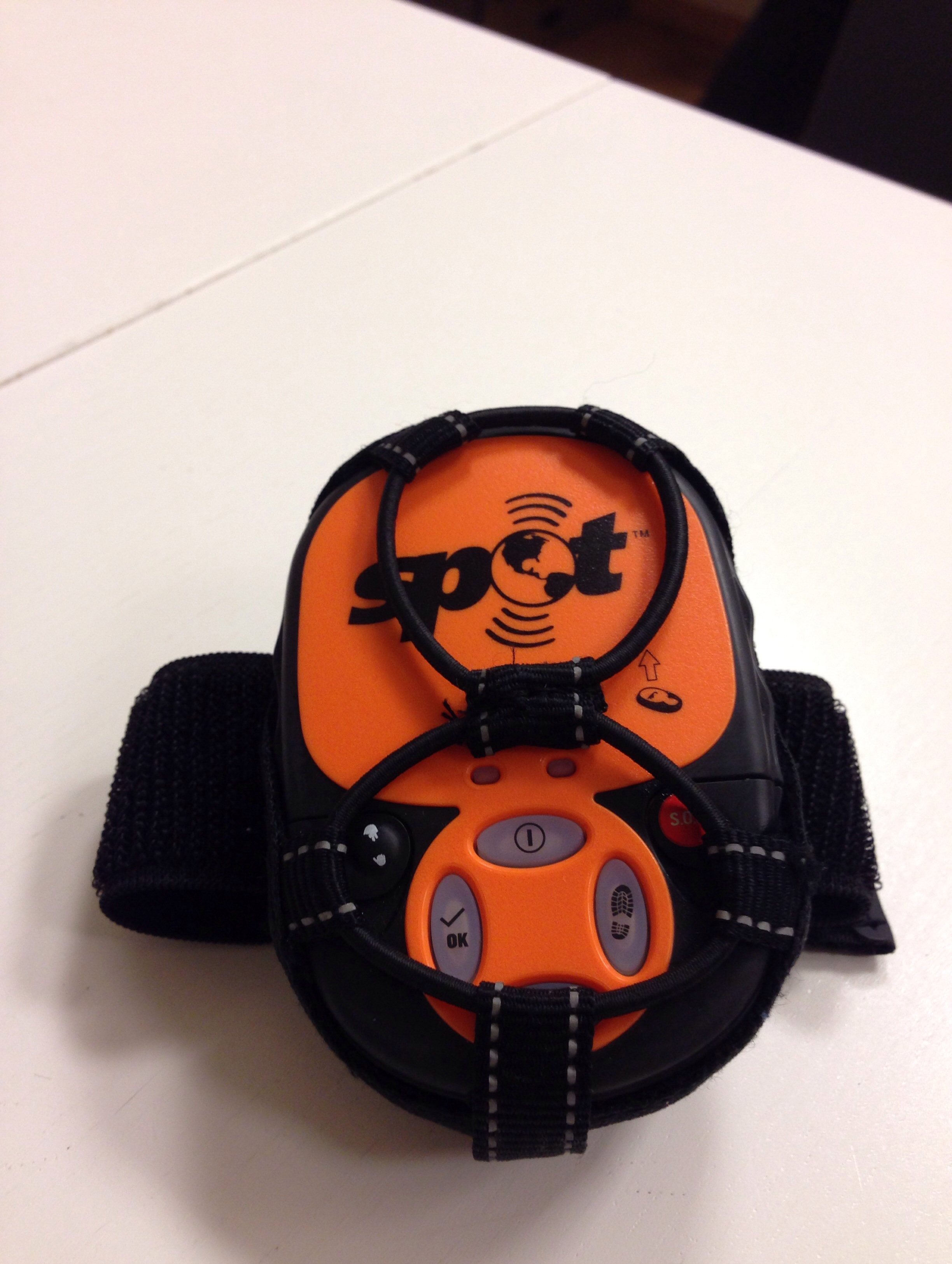 The GPS that ensures you can follow where I amI rushed to the bus terminal and spoke to the company, as well as possible with my limited Spanish, and used my arms and legs and let them understand what had happened. After speaking to a few people I understood that they had located the GPS and that it was on its way. One hour later I had it back in my possession. Take THAT Colin Farrell!! ;) 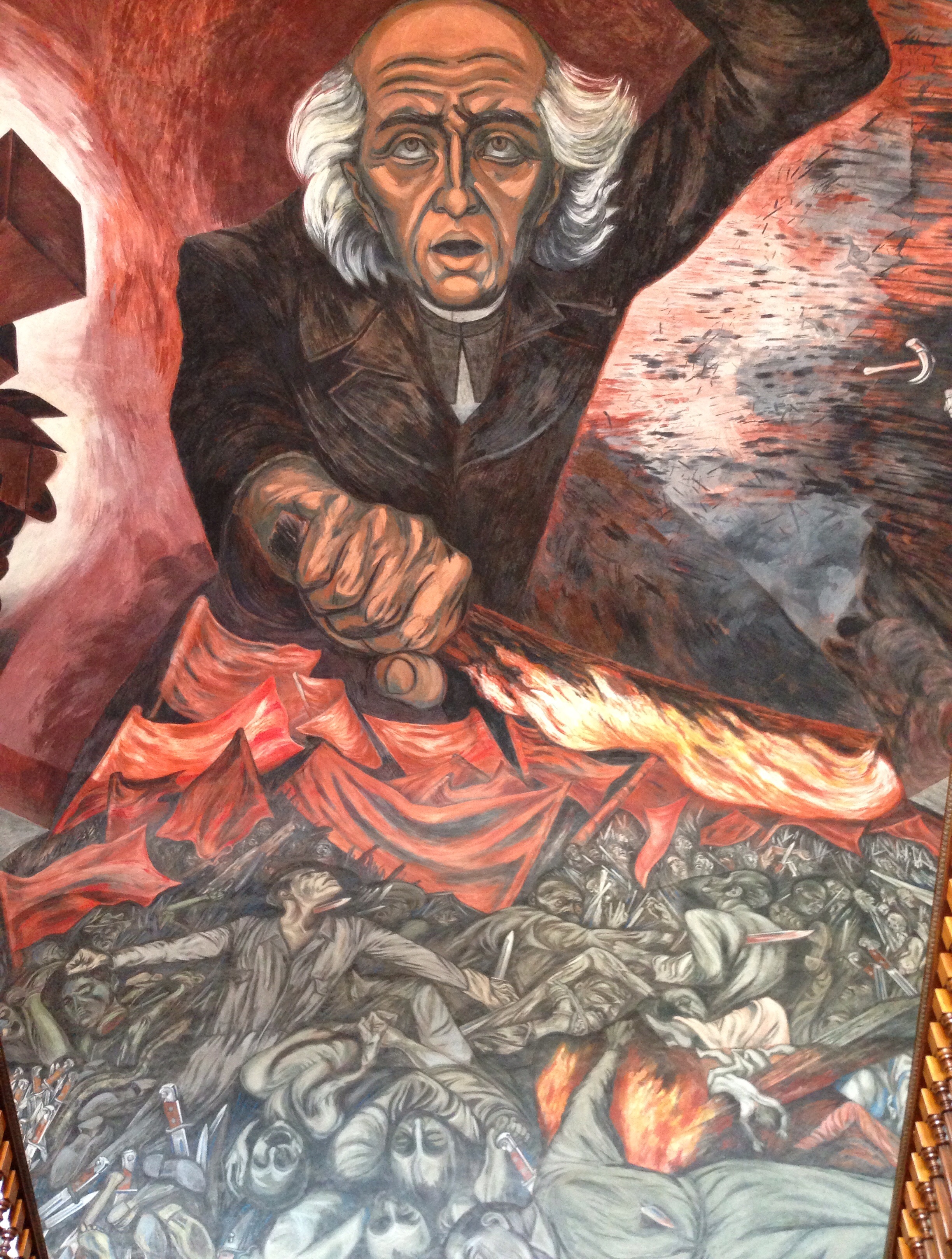 Hidalgo mural painting over the main staircase of the government palace in Guadalajara I rushed out to meet the Spanish Red Cross and continued rushing on to the Danish embassy in order to arrange for a new passport to be sent to Ecuador. That's logistics for you ;) 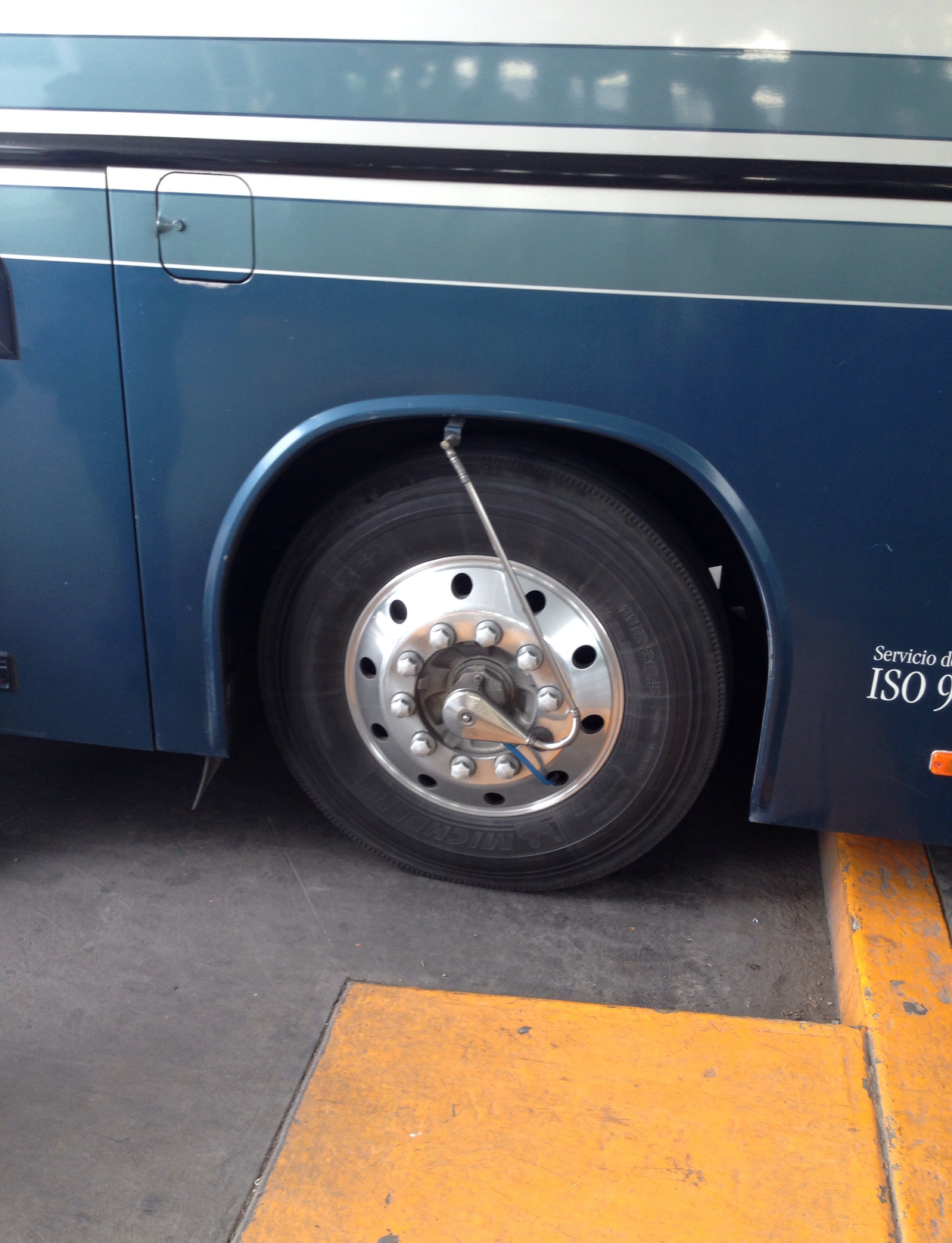 Does anyone know what the thing on the wheel is?A bus then got me to Villahermosa where I switched to another bus around 03:30am and arrived to Chetumal about 3pm near the Border to Belize. I would never have rushed this way though Mexico if it wasn't because I had been a tourist in Mexico only 2,5 years ago. I drove a motorcycle from California to Panama and saw a lot of everything through the freedom provided by that form of transportation. Mexico is astonishing! It surely has unresolved issues but at large the country is alive and full of amazing scenery, people, good food, ancient architecture, history, a strong culture, friendly faces and spectacular diversity. I mean; in the north you have actual cowboys and big white cowboy hats are common. In the south you have jungle with Mayan ruins and possible undiscovered ancient cities. The Aztec culture also prevailed in Mexico - at least until Europe arrived. Sorry about that :( 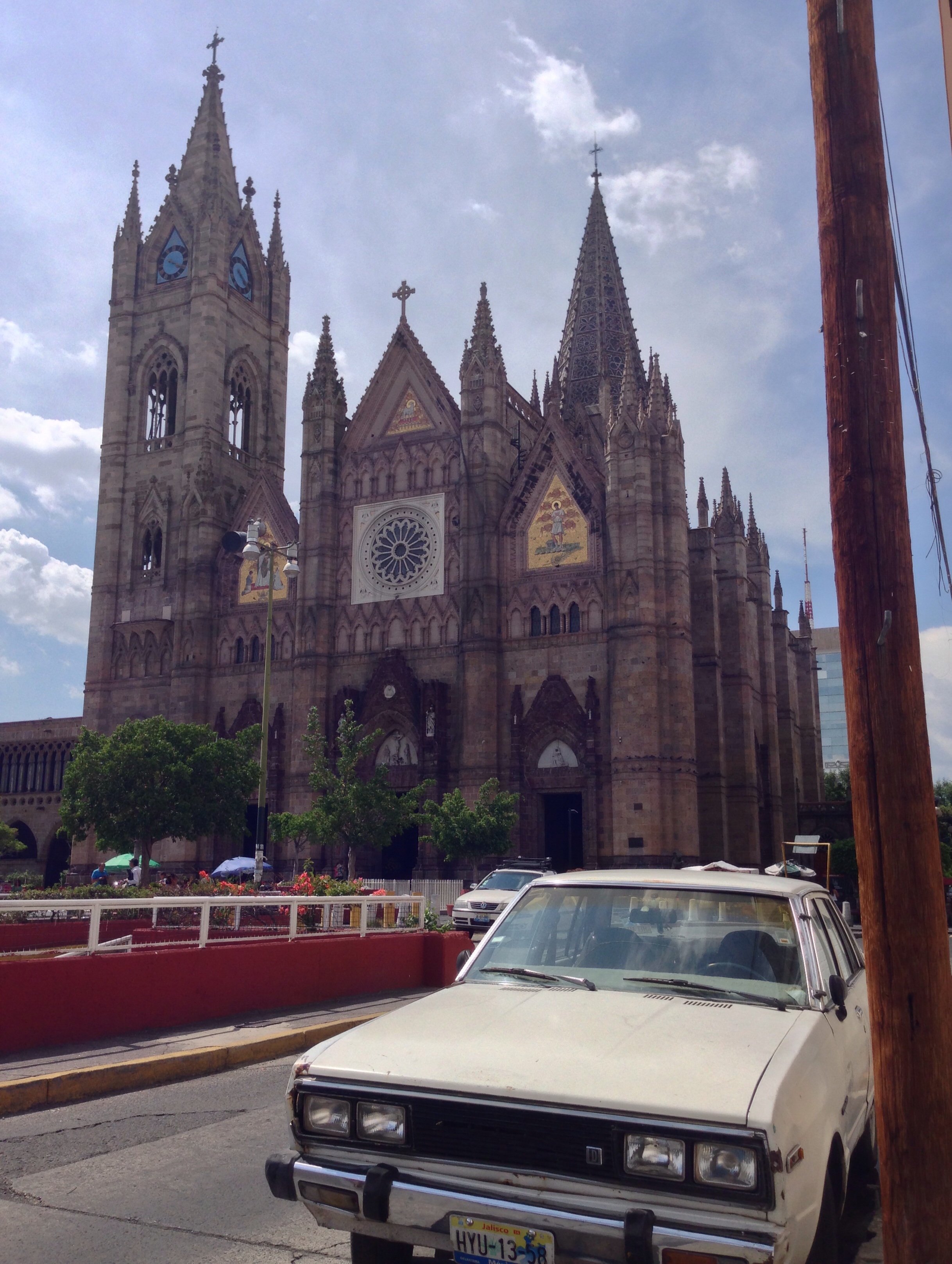 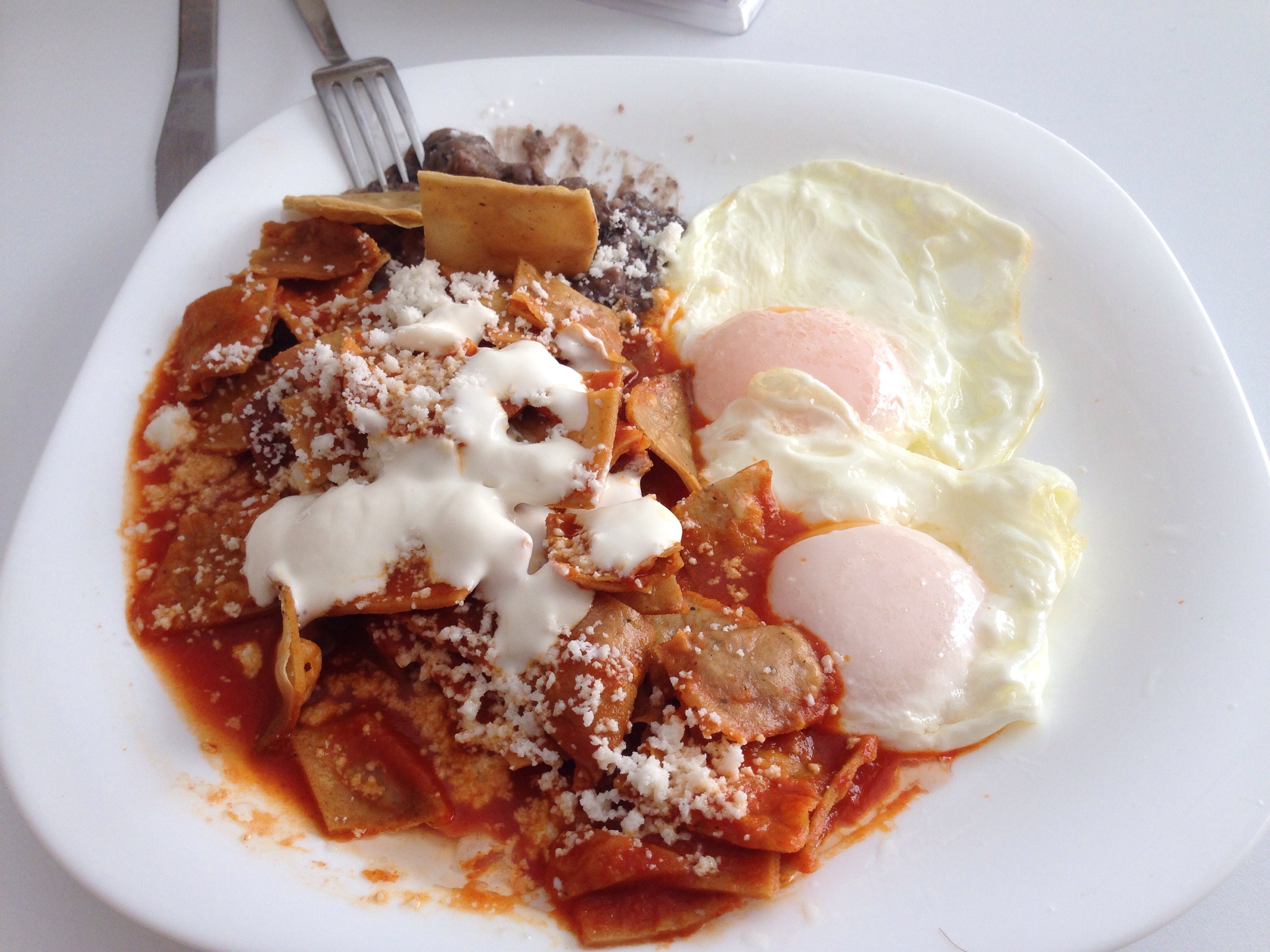 Religion and food. Or: religion is food? Or: food is religion? :)Religion is dominant and visible and throughout history it has also carved its way into astonishing architecture all around. But the food...oh man...the food! Where I come from food is often somewhat unsocial and quick. In Mexico there is food everywhere!! And people are in the streets and the prices are right and the quality high and and and...well...I could go on. 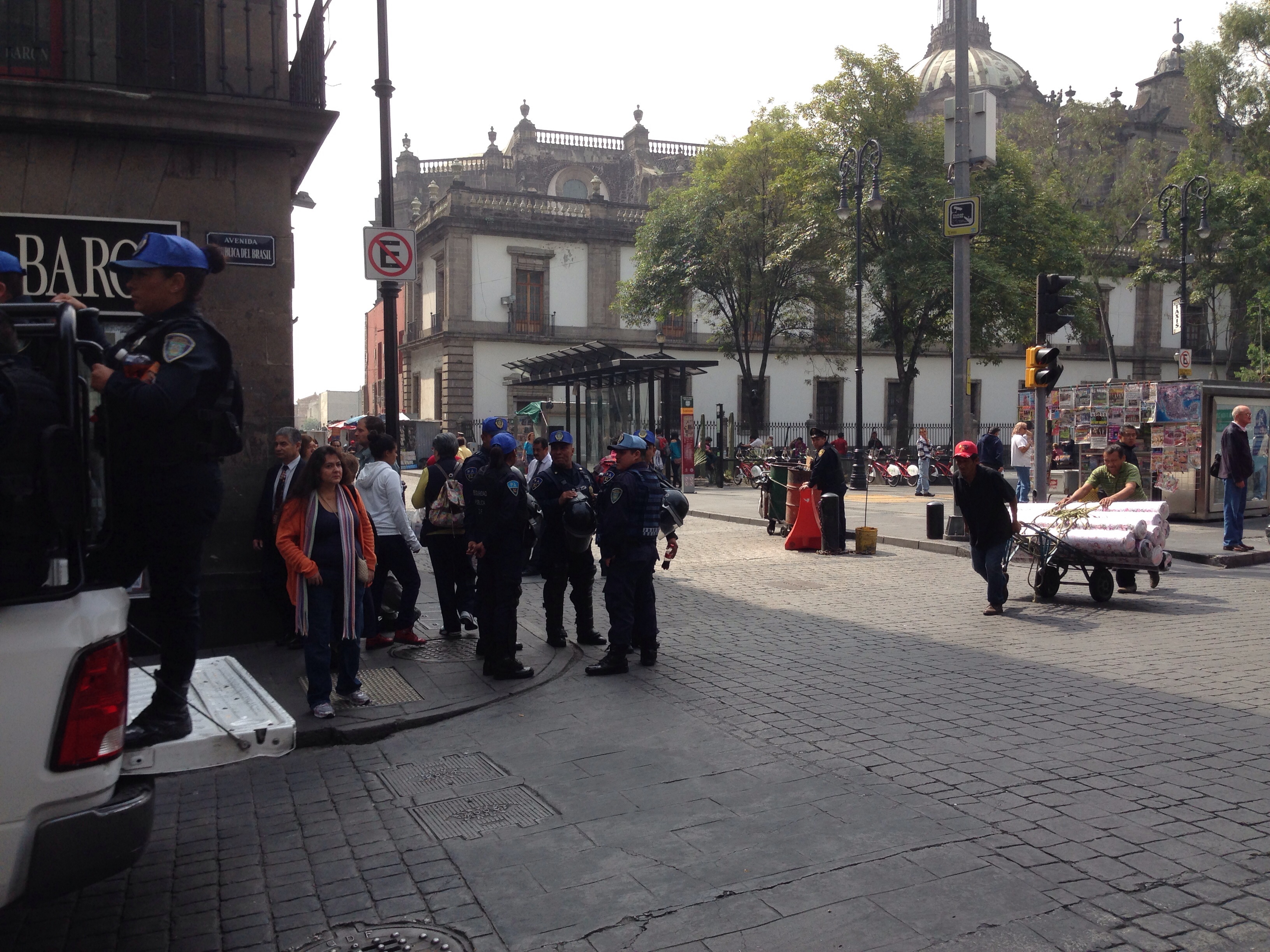 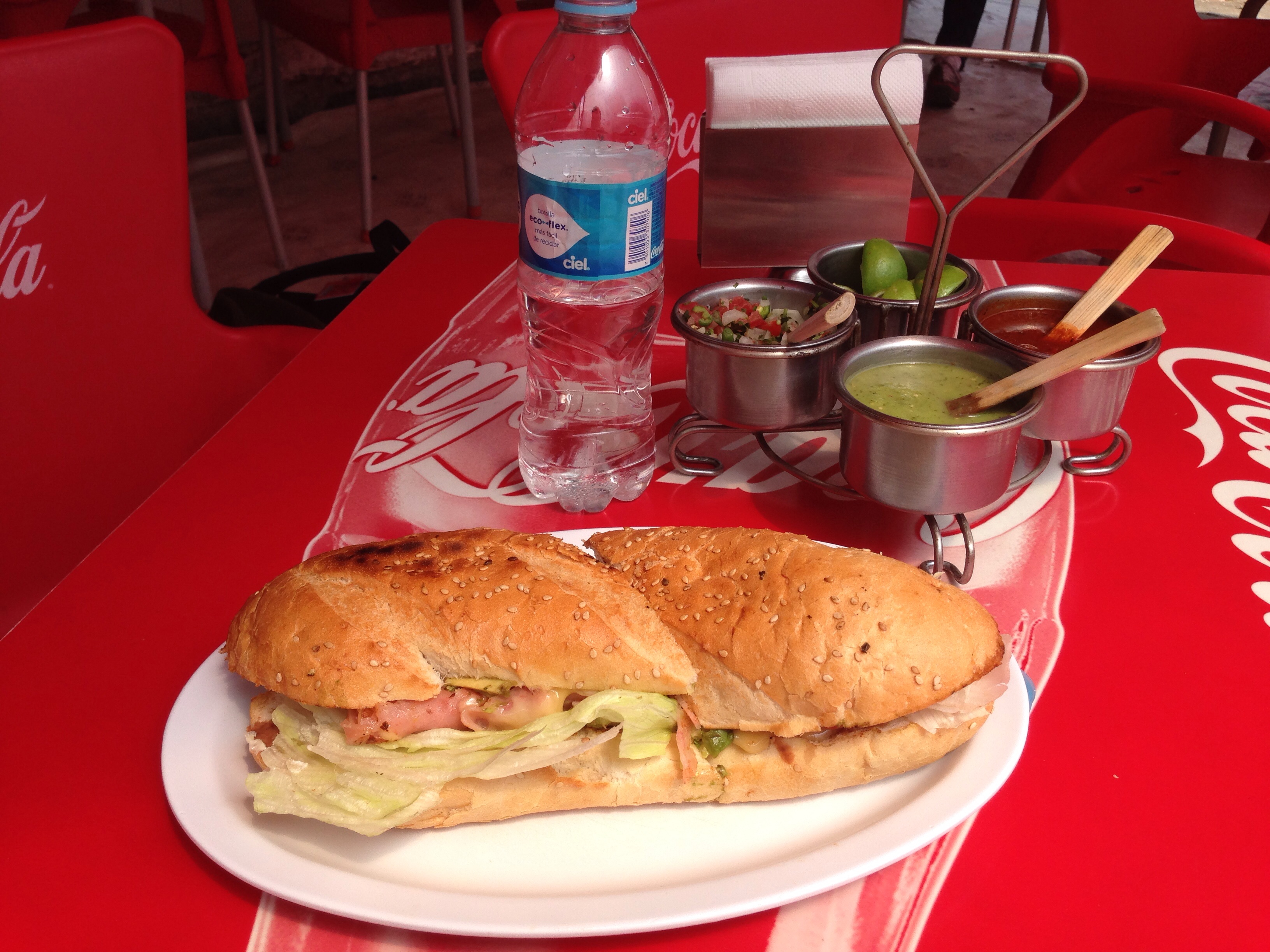 Interesting enough the police in Mexico City are everywhere but are mostly eating or watching tv :)Let's just sign off with this: I LOVE Mexico! See you again some day :) 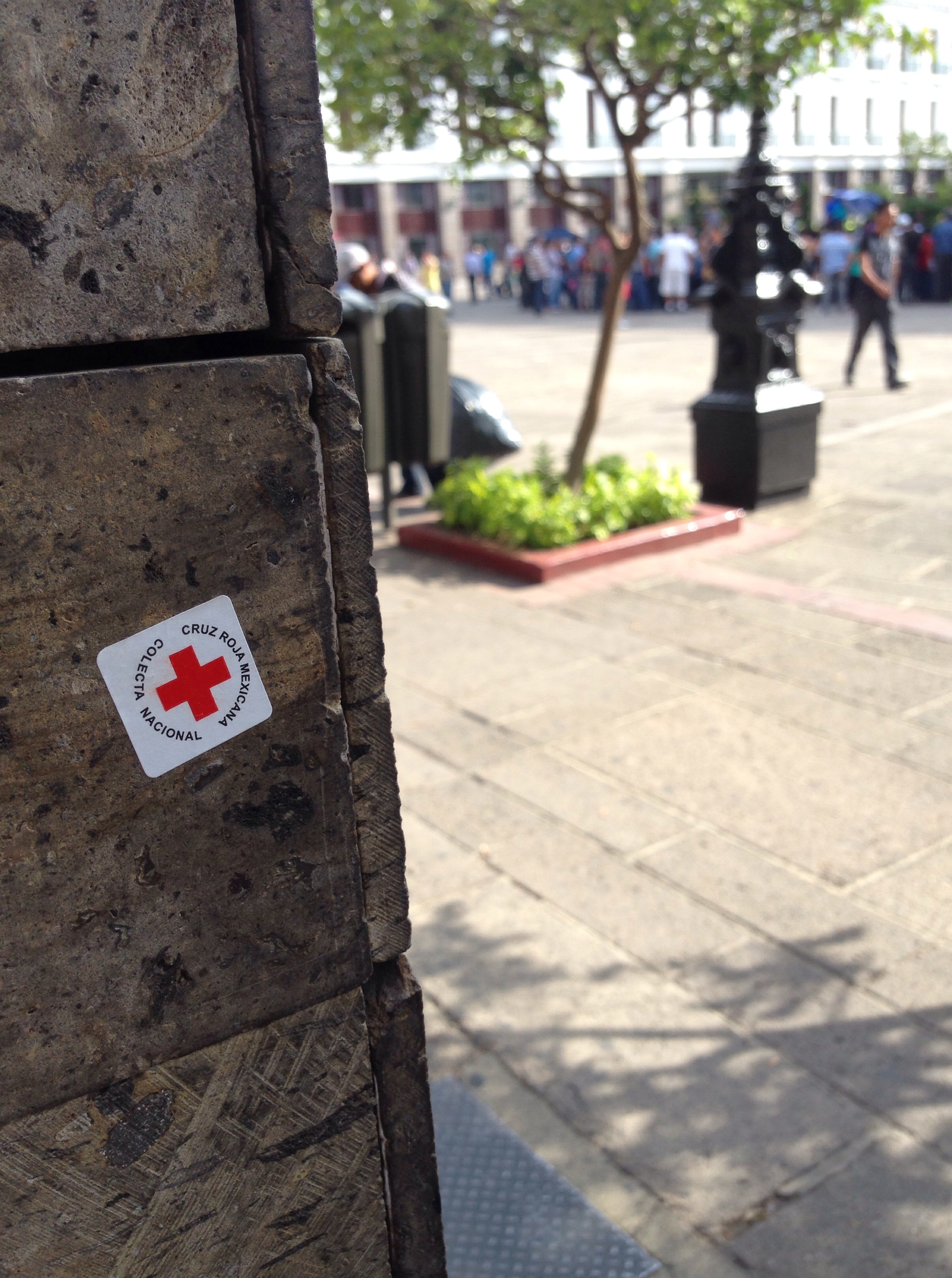 My favorite Red Cross picture - from Guadalajara Best regardsTorbjørn C. Pedersen (Thor) - on the marathon of a lifetime shattering my heart in the process.