The Salomon entry (filming a documentary during transit in Fiji)

200 countries in Salomon footwear – and counting

Let’s see if we can set a record for shortest Friday Blog. Here we go, enjoy.

Last week’s entry: Piecing together the puzzle: Tuvalu from Fiji without flying

Before leaving home on October 10th 2013, I went into a sporting goods store in Copenhagen, Denmark, and asked for some footwear which would hold up in any kind of conditions: wet, dry, cold, warm…you name it. The man sold me a pair of Salomon shoes and off I went. Once I wore them out, I replaced them with a new pair of Salomon footwear, and a new pair, and a new pair… Meanwhile I was “harassing” Salomon on Twitter trying to let them know that I was on my way to every country in the world (without flying) in their footwear. One day I got a reply!! We set up a videocall while I was in Singapore (country no. 183, June 2019) and the rest is history as they say. Salomon became a project partner of Once Upon A Saga and have from time to time supplied me with various sporing goods…including new footwear :) Since January 2020 we have been filming a documentary for Salomon TV. Salomon TV is a channel which features Salomon athletes and Salomon products. The channel also has some great short film and documentaries about athletes and accomplishments. I’m excited that there’s going to be a documentary about me as well!! Mike Douglas is a former top athlete and current skier and filmmaker from Canada. He joined me in Marshall Islands (country no. 193, December 2019) and filmed and interviewed me for three days. Now he’s back!! It’s been three years since we last saw each other and this time we have a full week of filming for the documentary which is currently expected to be around 40 minutes long and get released on the day I return back home. We have been busy from morning to evening with drone shots, slow motion footage, interviews and much more. I was by the way made a Salomon ambassador this year (2022). Yeah – so this is an extra busy week but it is fun as well. Mike is a great guy. And there is seemingly no chance of joining a vessel to Tuvalu until December so this is time well spent. Entry done. Have a nice weekend. Thanks for all your support. 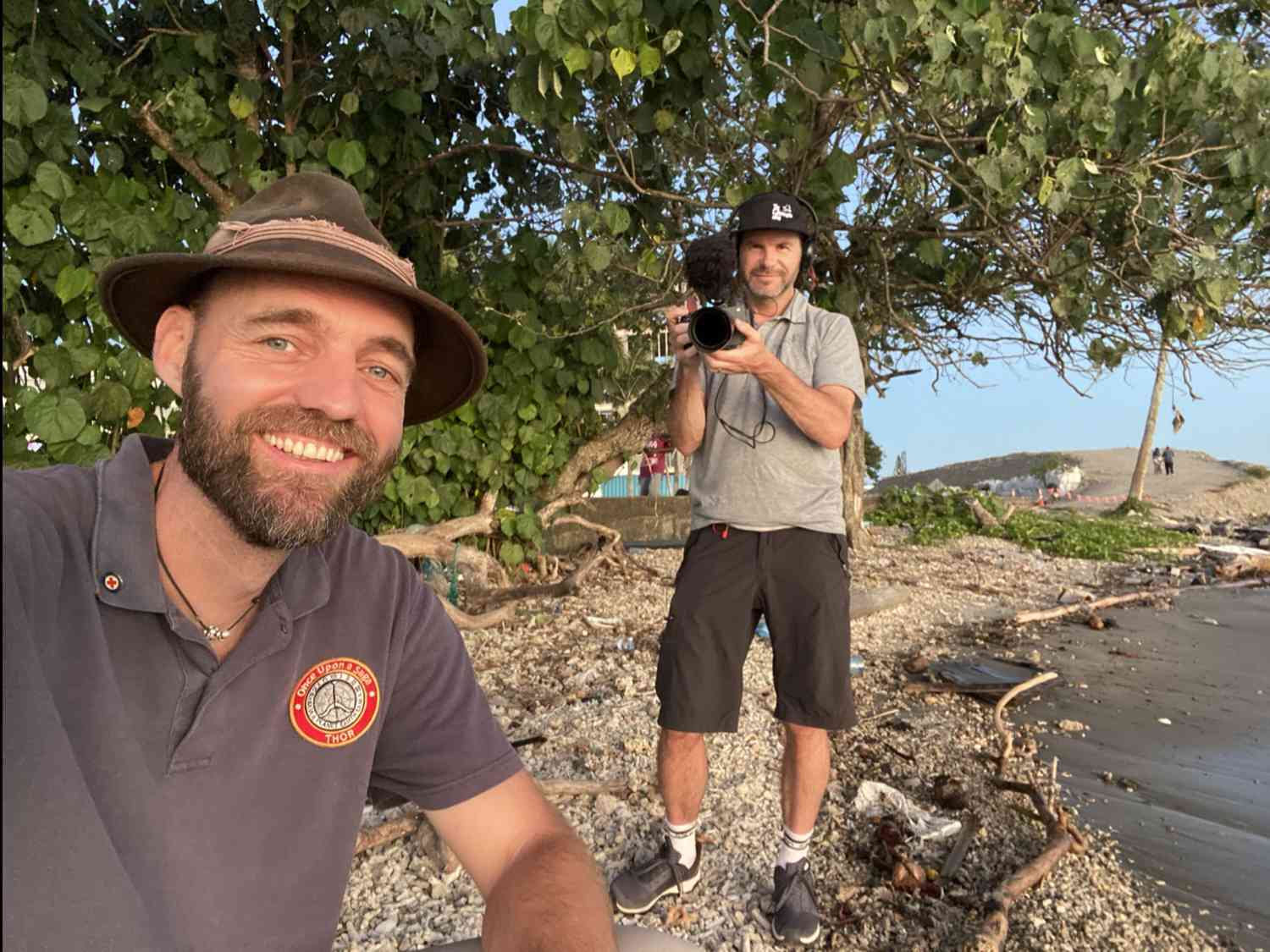 Filming from morning to late at night. It's intense. But wow!! A documentary about the Saga. Thank you Salomon. And thank you Mike! :)