I got the ferry ticket!!!

I suspect there won’t be a Friday Blog next week. I’m likely still on the ferry on my way to Tuvalu. And setting foot in Tuvalu will be a huge milestone as it is our last country within the Pacific Ocean.

Without pointing fingers at anyone in particular, I am quite fed up with trying to manage a highly demanding project efficiently in a part of the world were very few things operate efficiently. People are just people. And around here people are really nice. It is almost impossible to start a conversation with a stranger where I come from if you meet them on the street or while traveling by public transportation. In Fiji, and frankly in most countries, it is second nature to chat with people left and right. Yeah – in Fiji I find that most people are really nice. There is however a lack of efficiency. You probably know the feeling of spending 10 minutes on something which normally takes a few seconds. It is frustrating. Well, how about spending hours on things which should take minutes, or weeks on things which should take no more than an hour. Some people call it island time. That is just a pleasant word to cover over inefficiency. It is not just the systems. It is also about attitude. And it isn’t just within the Pacific Ocean. It is found in many countries. During an 8-hour work day in northern Europe you can be sure that an employee has delivered eight hours of work. In some countries you’d be lucky to get half of that. You know, there has to be room for procrastination too… (eyes rolling into the back of my head). 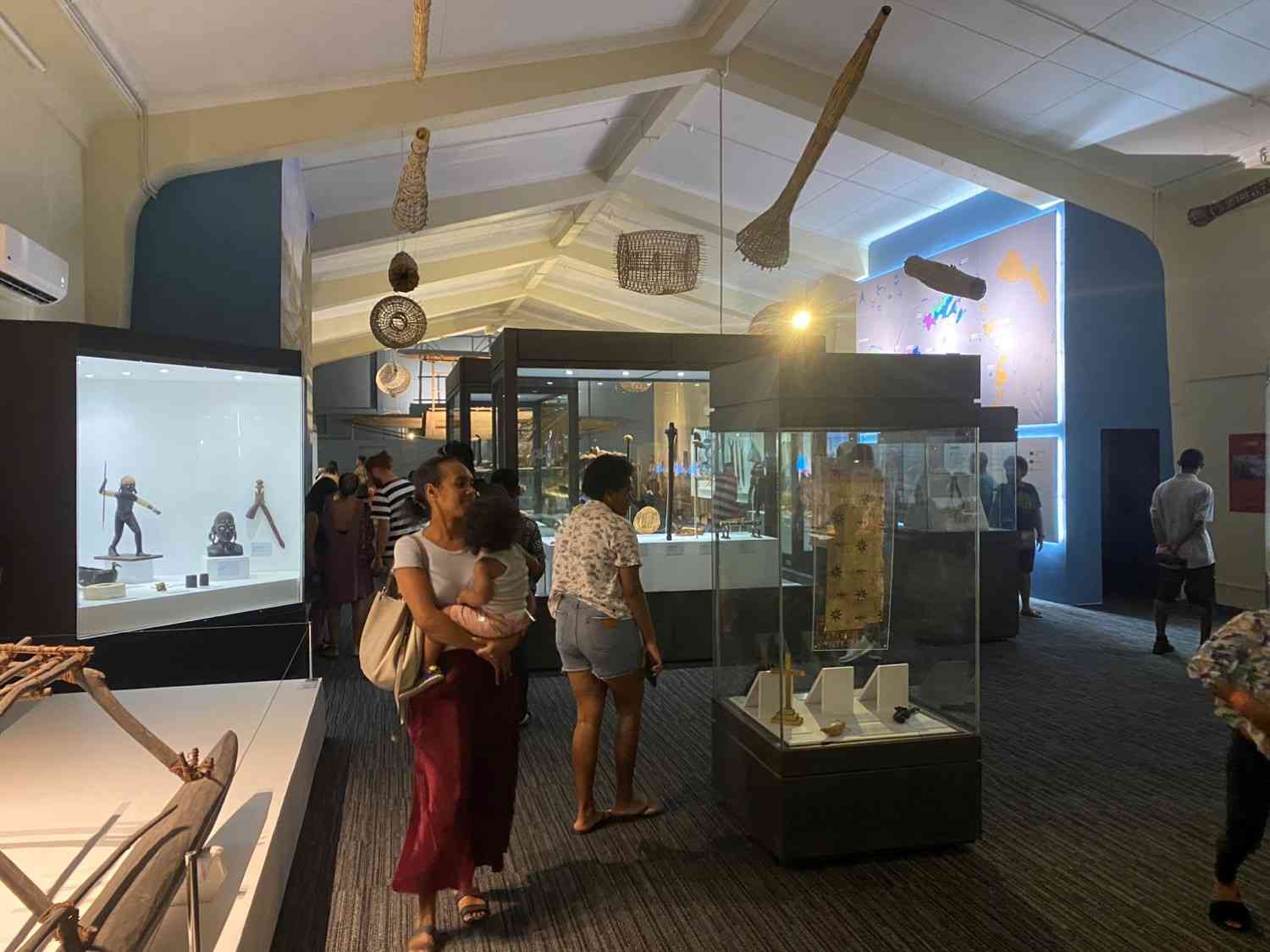 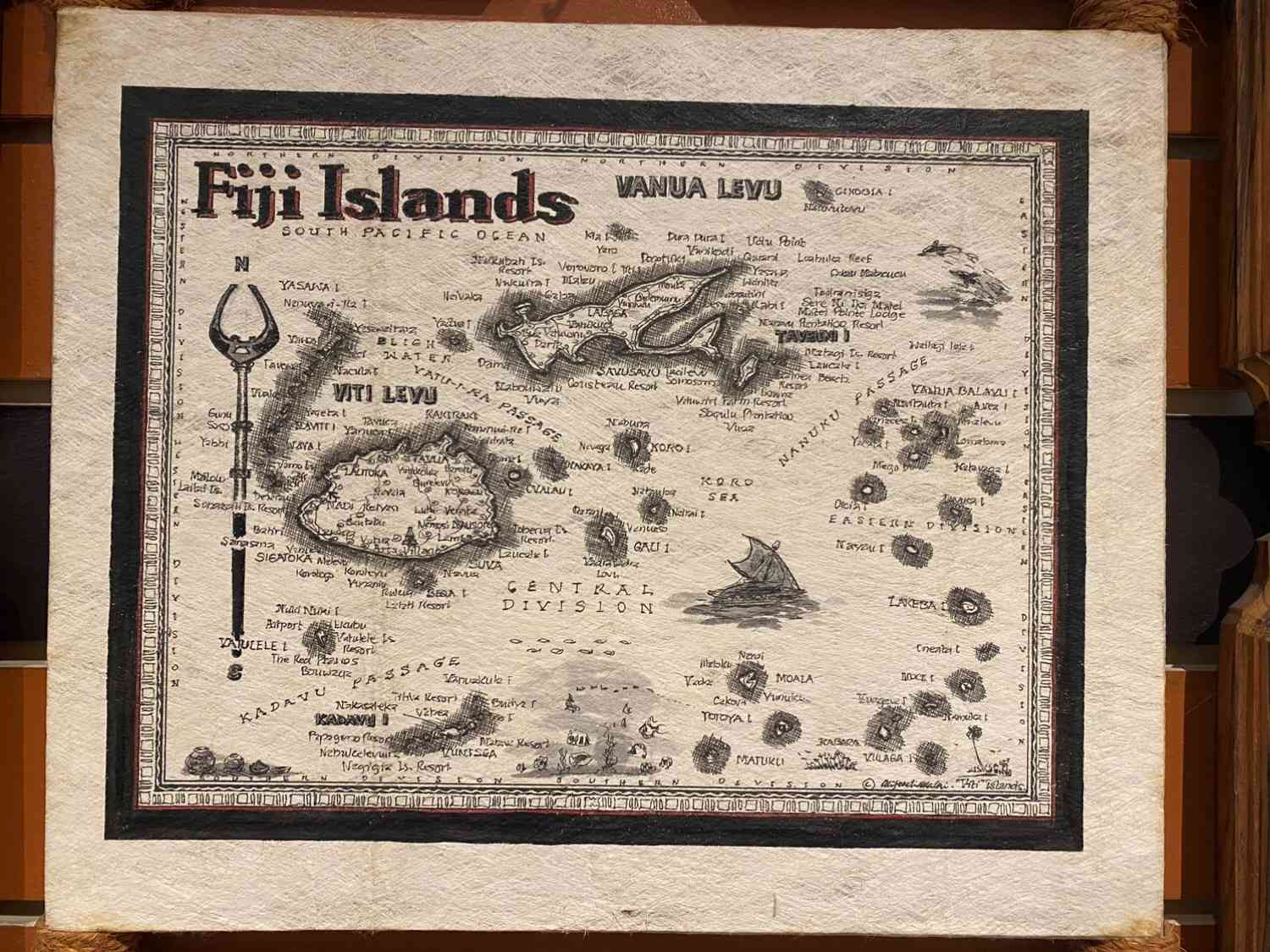 Fiji has around 330 islands and a lot of islets. I've been to two.

It was good to re-enter Fiji Museum. As far as I’m aware there’s only one museum in Suva, Fiji’s capital, and that is the national museum. I first visited Fiji Museum back in 2019 during my first visit to Fiji. As with many things it closed during the pandemic but it has now re-opened and looks revitalized. It’s a nice little museum and you can learn a thing or two by walking through it. The newly opened exhibition is called: VOYAGES – Stories of an Ocean People. I was there on opening day and entry was free. Outside on the pavilion facing Thurston Gardens (the botanical garden) there were cultural dance performances. VOU performed and it has been long since I’ve last seen more fit people. Those dancers were entirely made up out of muscles. Their performance was also very modern, especially compared to the traditional performances. VOU has a huge online following and were recently flown to Canada for the opening of the new direct flights to Fiji. Unfortunately, Thomas Bakers shoes were no longer on display as they were in 2019. Thomas Baker was a missionary who was eaten in 1867. As such he was the last person to be cannibalized on the islands. The story goes that the tribe couldn’t eat the shoes so they eventually went on display at the museum. I couldn’t find them at the re-opening. Actually, there was no mention of cannibalism at all. 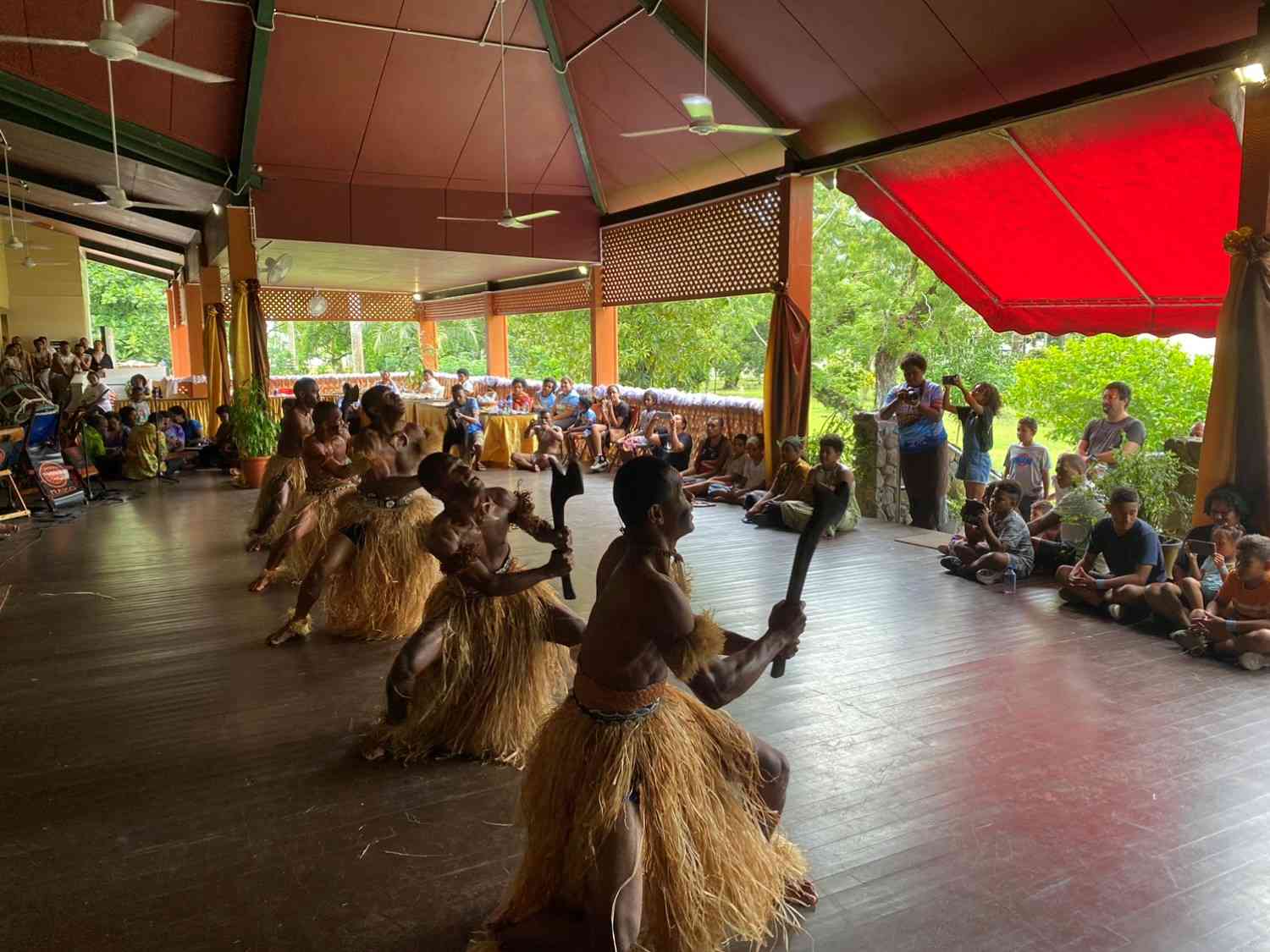 I also met up with Suva Hash House Harriers again. They meet on Mondays and anyone is welcome to join. They are such a great bunch of people and I kind of wish I had known about the Hashers before leaving home in 2013. It would have been fun to team up with them around the world. I’ve been invited to the Hash Christmas Party this Saturday which is nice. And I’ll hopefully get to join them a last time next Monday before heading off to Tuvalu. It has been hopeless trying to obtain information about the ferry to Tuvalu. Thank goodness for Riza Rasco who did some research while in Tuvalu. Riza returned to Fiji Tuesday afternoon on her way home to the Philippines and we met up once more. I had been in touch with the ferries agent in Suva and had forwarded a copy of my passport to secure a ticket. What a nightmare if I couldn’t secure a ticket? Who knows how many Tuvaluans might want to return home: Hundreds? Thousands? I called the agent in an attempt to follow up on any new developments. There was one: the agent wasn’t handling sales of tickets this year; Tuvalu High Commission (THC) was. I quickly emailed my contact at THC and late in the afternoon she confirmed that they were selling tickets. 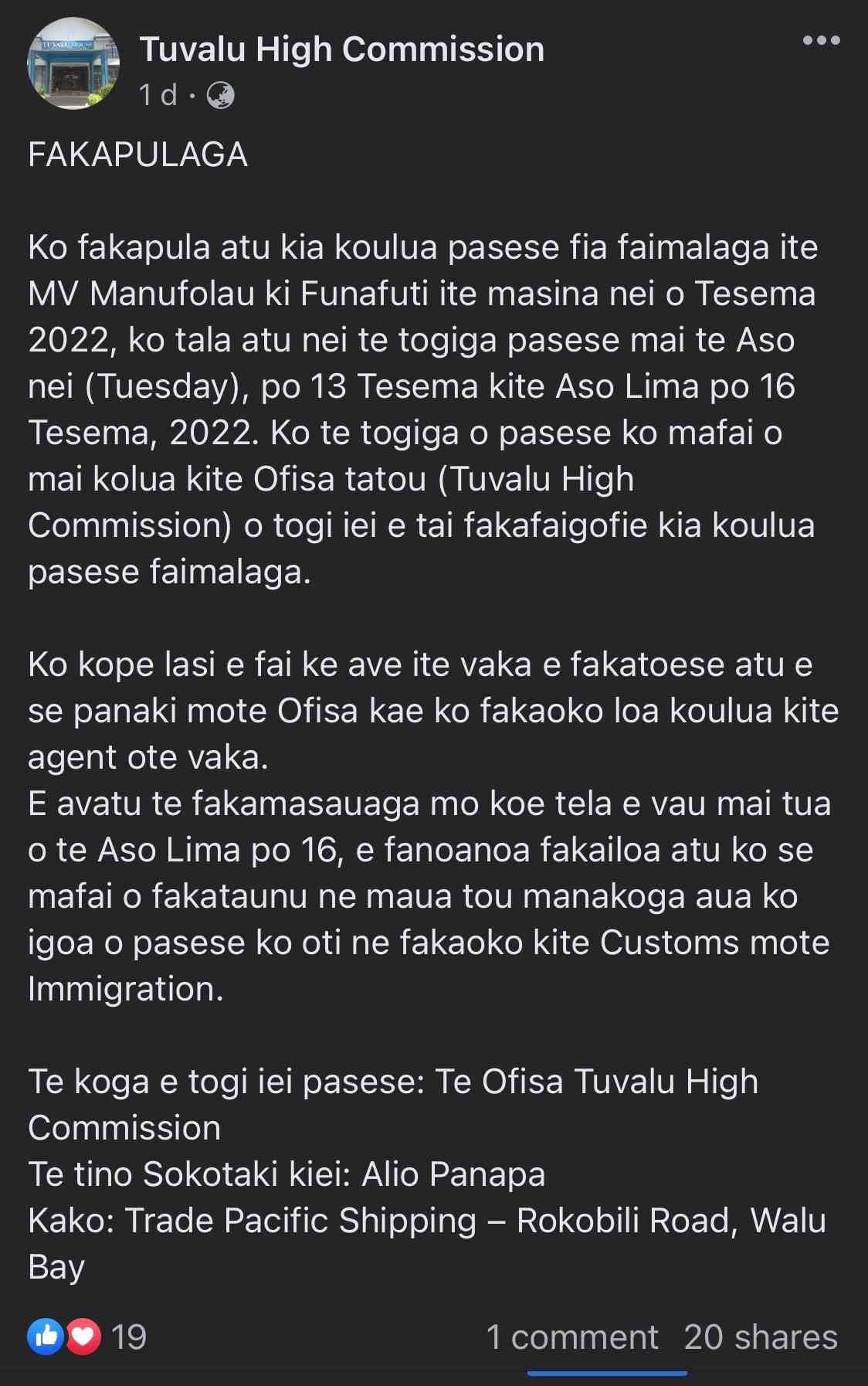 Makes sense right ;) Clearly not catering to me.

I had a look at their Facebook page and sure enough they had on that very day announced that sales had begun. The Facebook post had been shared twenty times already. Was I going to be too late? THC had on Tuesday Dec. 13th announced on Facebook that tickets could be booked until Thursday Dec. 16th (Friday is the 16th). They were closed Wednesday Dec. 14th due to the General Election so what was it: until Thursday or Friday? It didn’t matter. I was going to be there Thursday morning at 08:00am when THC opened. 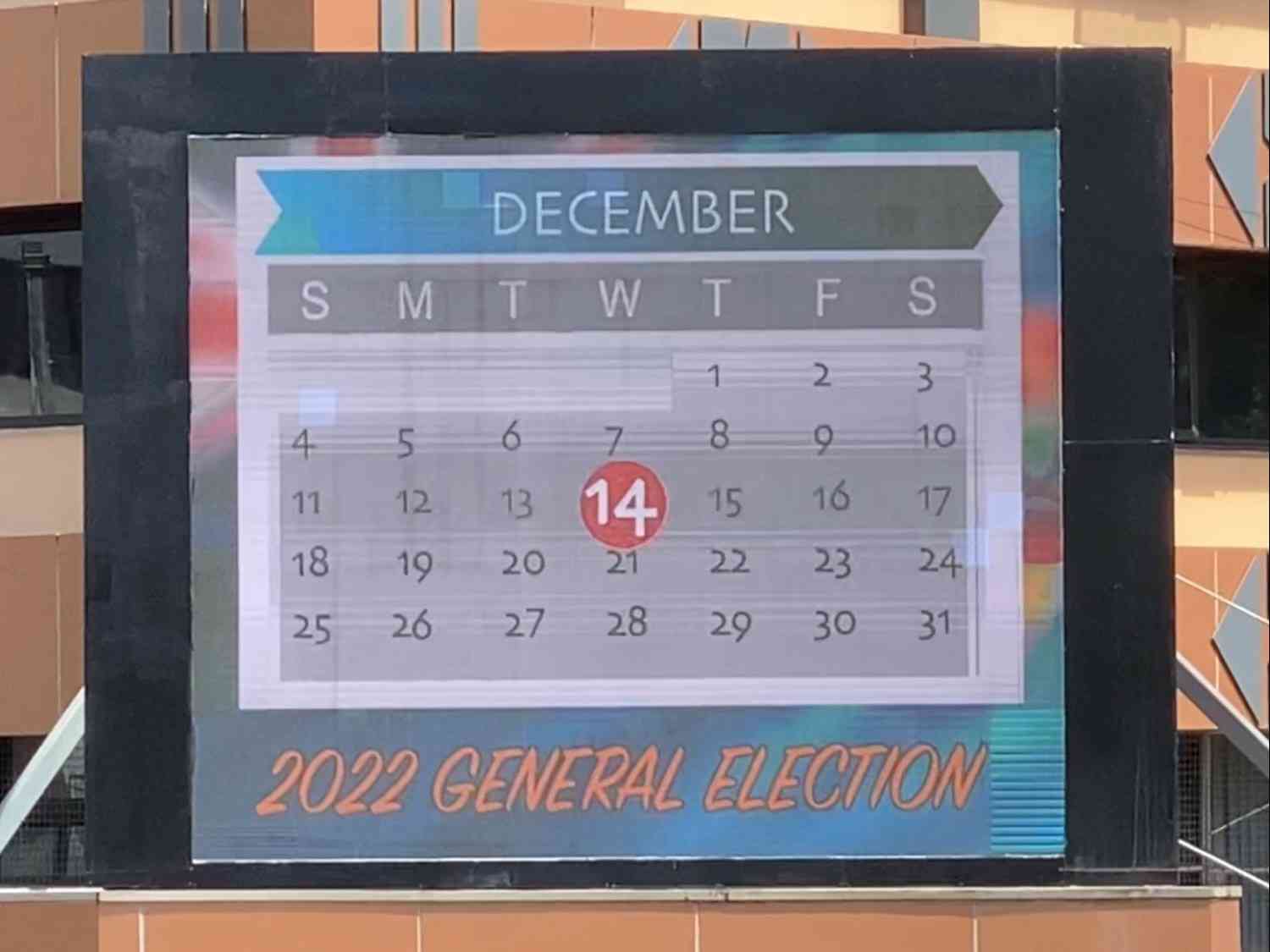 Riza would have bought the ticket for me while she was in Tuvalu had she only known. Instead, we had a nice dinner together celebrating her 192nd country. Also known as her “penultimate” country which is a new word I just learned. She is left with one more and what a country that is!! During dinner I suggested I would like to interview her. I haven’t officially interviewed anyone although I have sort of interviewed the Red Cross all over the world. Riza was game and we met up again the following morning for the interview. It was really interesting and several things went wrong. I forgot to wipe the lens which meant that a greasy fingerprint slightly blurs Riza’s face throughout the interview. The file was also corrupted which caused a lot of trouble. But all in all, I think the questions were good and Riza’s answers even better. Some were even surprising. I bet you can’t guess what she finds essential to bring to every country ;) 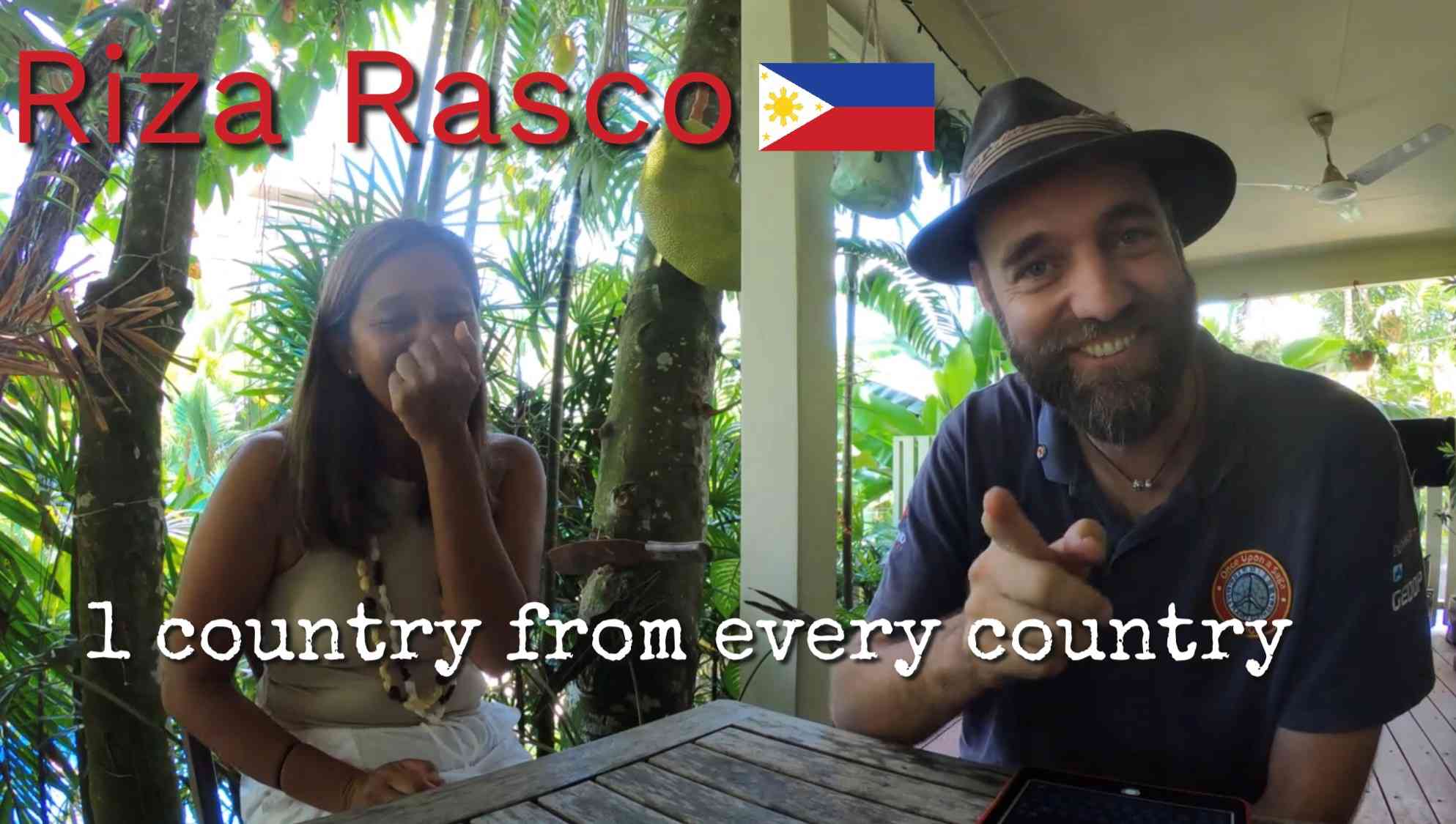 Which country is Riza's last one? What can Riza not travel without? How does she fund it all? Watch the interview HERE (or click on image).

Yeah, so Thursday morning came and I was at THC before 08:00am. On one hand I was thinking that everything would probably be fine. On the other hand I was worried about all the shares their Facebook announcement had received and the possibility that thousands of Tuvaluans had not been able to return home for several years now. As it turned out I was the only one at THC. The receptionist wasn’t even there as I walked inside the building. It was the morning after the General Elections and many would have been up late following the results. Fiji has an interesting past with several coups and not all peaceful. My host Joji could tell that there was a time when election day was like a festival with food, music, and good times. A joyful celebration of democracy. Times have changed. I think it’s a fifty/fifty kind of thing. Half of Fiji is deeply involved and the other half doesn’t care at all. The outcome could essentially be the tipping point between allegiance towards China or allegiance towards Australia. Western or Eastern values. The receptionist at THC showed up and told me to wait. Then the woman responsible for selling tickets showed up. We spoke on the phone the day before and she remembered me. I splurged and bought at 1st class return ticket with meals included (FJD 1,074 / USD 490). It includes a bunk bed. The return ticket is important as it proves my intent to leave Tuvalu (immigration). I did feel drawn towards sleeping on the deck and bringing my own food. But…I’m too old for this shit.

So relieved. We're going to see progress again (for a while).

Let’s see what’s going to happen. Fiji Immigration Department said the Visitor Permit extension would be ready after five working days. That could be today, Friday. But it might also be Monday next week as most things closed for election day. THC needs my passport so they can hand it over to customs. The ferry is scheduled to arrive around Dec. 19th (Monday) and depart within a few days. Who knows? I’m also trying to send a box full of personal effects back to Denmark. The Saga’s project partner DB Schenker Denmark has always been helpful with shipments and set it up through FedEx. As such I went to drop off the box at FedEx Outlet Suva on 18 Disraeli Rd. There’s a large FedEx sign on the building, the staff was all dressed in FedEx uniforms, their FedEx accreditation was hanging on the wall: “sorry sir, we cannot export FedEx shipments. Only import sir”. What? FedEx acquired TNT (the worlds 4th largest parcel operator) a few years ago. This FedEx Outlet Suva used to be TNT. DB Schenker Denmark has always been helpful and I’m sure they will find a solution for this. Maybe it’s the heat? Maybe it’s the humidity? But please tell me, why oh why do FedEx employees in a FedEx building tell me they cannot handle an export shipment booked through FedEx…and furthermore suggest to book through TNT?? At least they were nice. Also, when I asked the kind woman at THC when the ferry would return to Fiji from Tuvalu she said: “I think maybe in January…or February maybe?” Welcome to my world of insecurity and uncertainty… 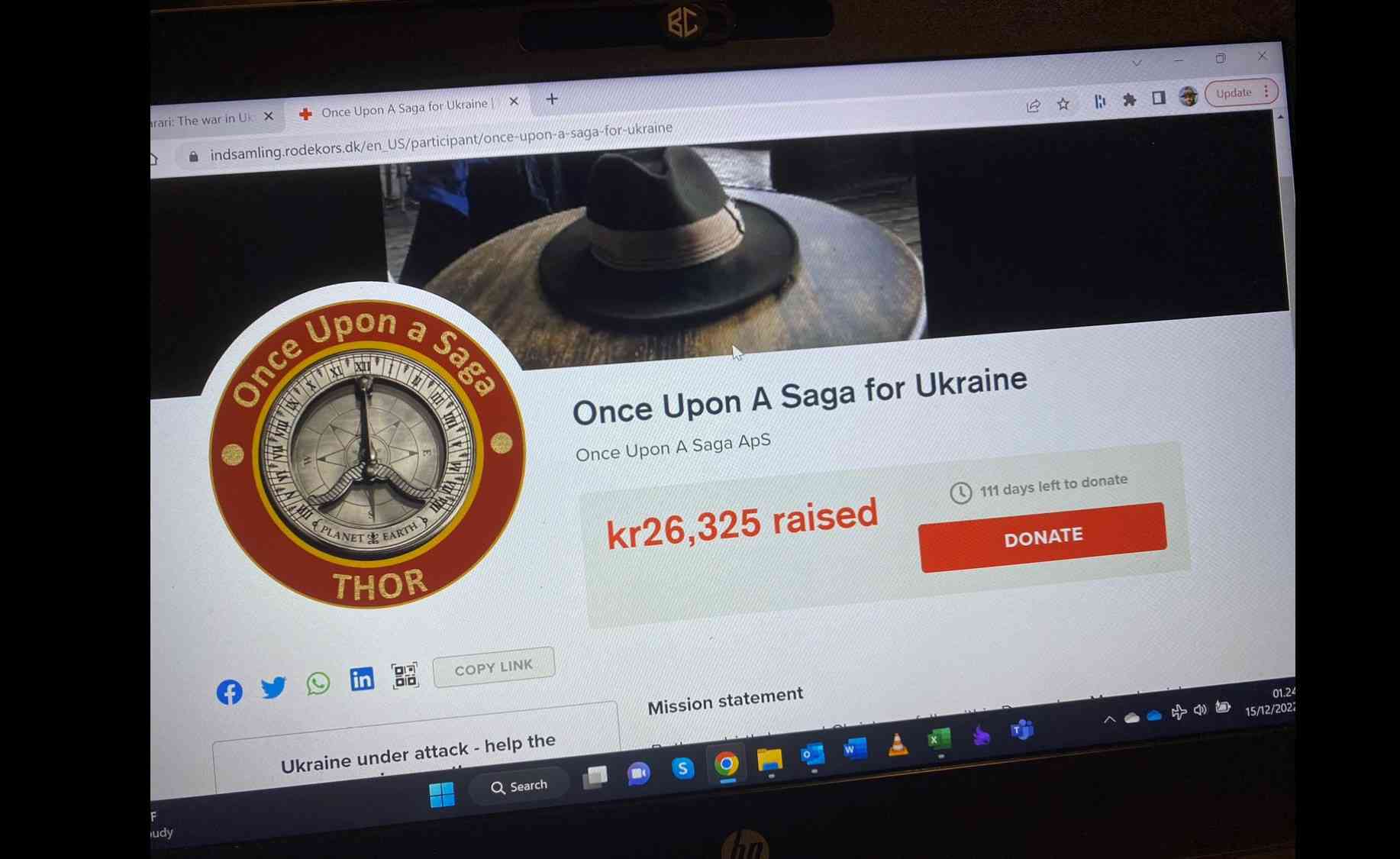 Thanks for all the donations. It's never enough and I'm wondering where we should take this campaign for Red Cross work in Ukraine? Maybe we should aim for DKK 50,000 (USD 7,100)? Please donate or share with a rich uncle! :)