The misery of reaching Cape Verde

View Comments
Once Upon A Saga
Be careful what you wish for - you might get it. 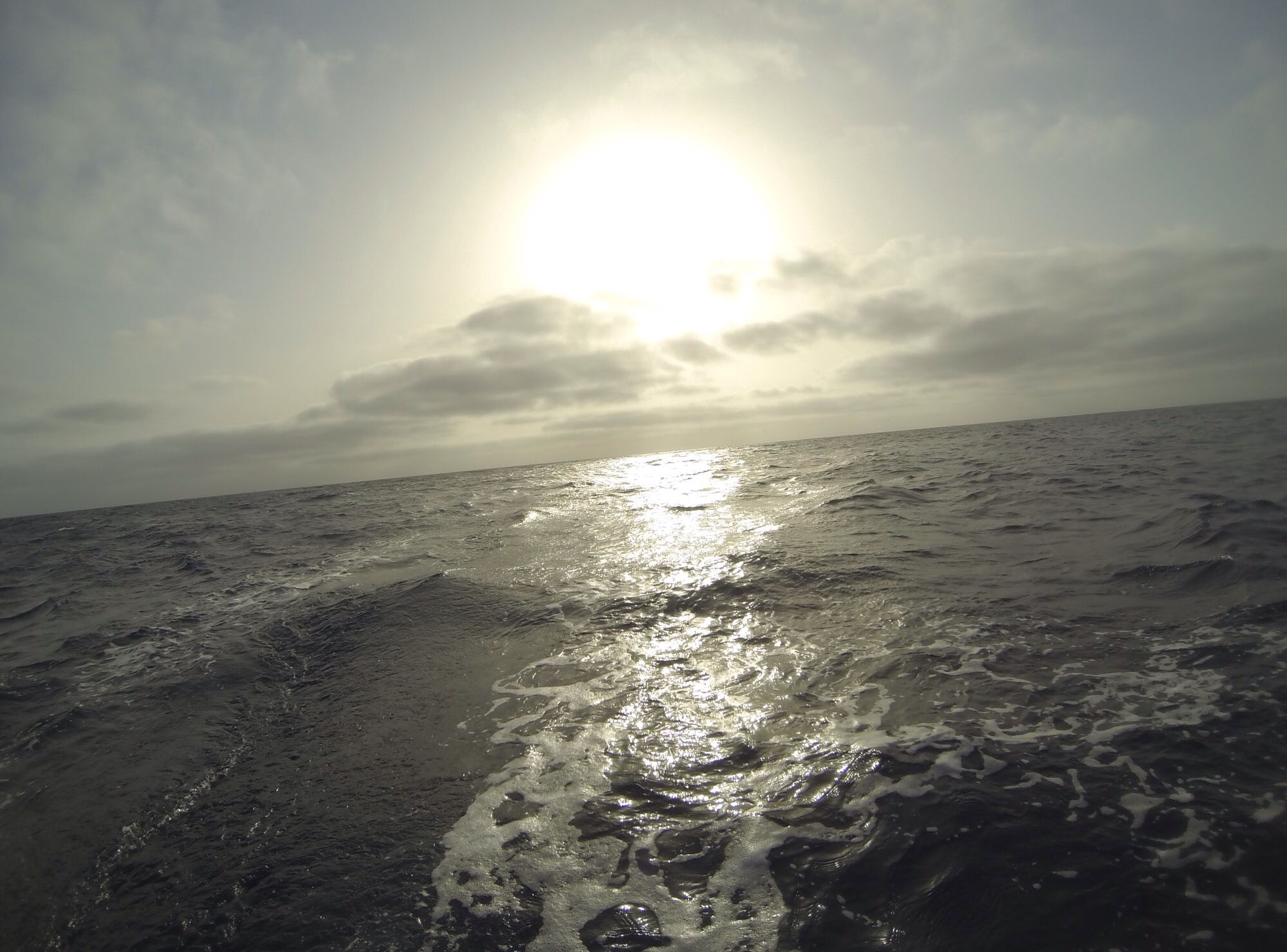 Africa is comprised of 54 countries. That is more countries than any other continent. Whether or not you have been to either Egypt, South Africa or none of them you probably know a little something about both anyway. Like that Egypt has great sand dunes and pyramids. And perhaps you have heard stories of South African safaris with spectacular views of elephants, lions and beautiful green open areas. Those are only 2 of the 54 countries and once that settles in the mind it becomes quite clear that there is not just 1 Africa.

How do we fix Africa? What needs to be done? I get these questions sometimes or I hear people talk about it. Crazy talk. Fix Africa? Is it a car with a broken engine? The richest African countries are doing better than the lowest ranking European countries. What is this 1 Africa? I can hardly find a common ground to start comparing the first countries I have visited within the continent. Save Africa? Save the planet? How arrogant are we sometimes? Perhaps it would make much more sense to divide our attention into smaller regions. After all, you don't think you need to show the doctor your foot if you have a headache ;)

I will return to Senegal a few times during this journey as it is a logistical hub for me in the west African region. In the last blog I wrote that I was looking for a boat to take me to Cape Verde. Cape Verde is a country formed of a group of 10 islands west of west Africa. There are naturally no ferry connections - that would be too easy. And there are officially no cargo ships going between Senegal and Cape Verde although they are the geographically closest countries. So I had been hanging out at CVD marina shaking hands and making connections. And then one day Alex approached me.

Alex is French, 26 years old and he is the owner of a sailboat. He heard about me from someone at the marina and that is how we met. It wasn't his plan to go to Cape Verde. Alex is planning on crossing the Atlantic Ocean but since I needed some help and since Cape Verde is somewhat on the way it all worked out. Besides, Alex thought it might be wise of him to make a short test run to Cape Verde before crossing the Atlantic Ocean all alone... just to see if everything was okay. His boat "Poker D'AS" is a small 27 foot French built sailboat. 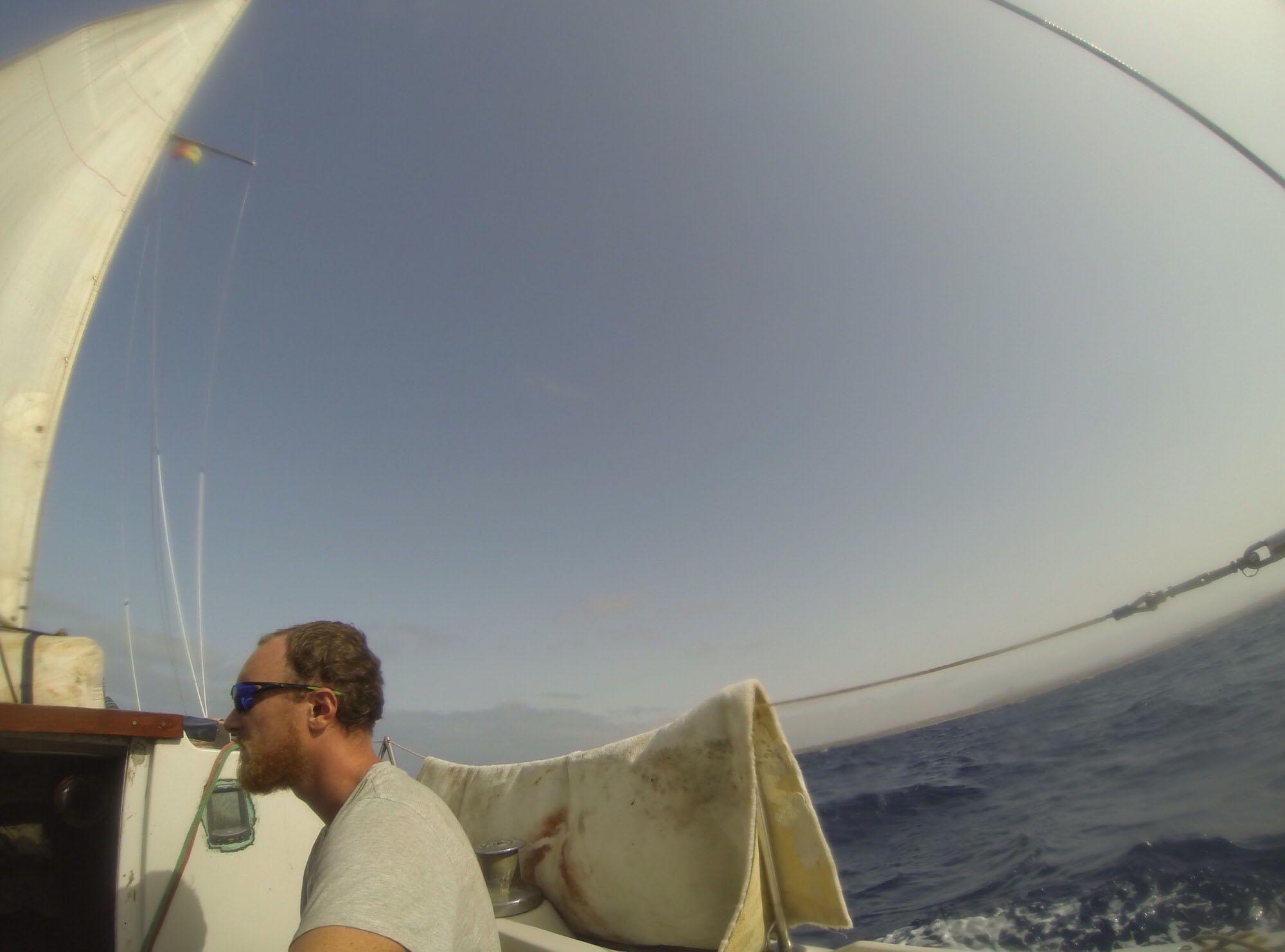 2 days later we set out from Dakar. It was already dark and we were heading west. We knew it would take us about 4 days in his sailboat and spirits were high. I was feeling good and the ocean was calm. But I hadn't had dinner. We were taking, joking and navigating our way into the open black ocean... and I slowly but surely began to feel a little queasy. Oh no?! I was praying that I wouldn't get seasick! How long had it been since I had been on a small boat? I got to Morocco on a ferry, to Germany on a container ship, to the USA on a ferry, through Bahamas on ferries and fishing boats, to the Bahamas with a high performance yacht, to Cuba on a cruise ship, to Jamaica on a container ship, to the Dominican Republic on a cruise ship... wow? It had been a lot of large comfortable ships lately? I was out of practice... I should have taken a motion sickness pill...oh no...too late...here we go. And then I started throwing up. 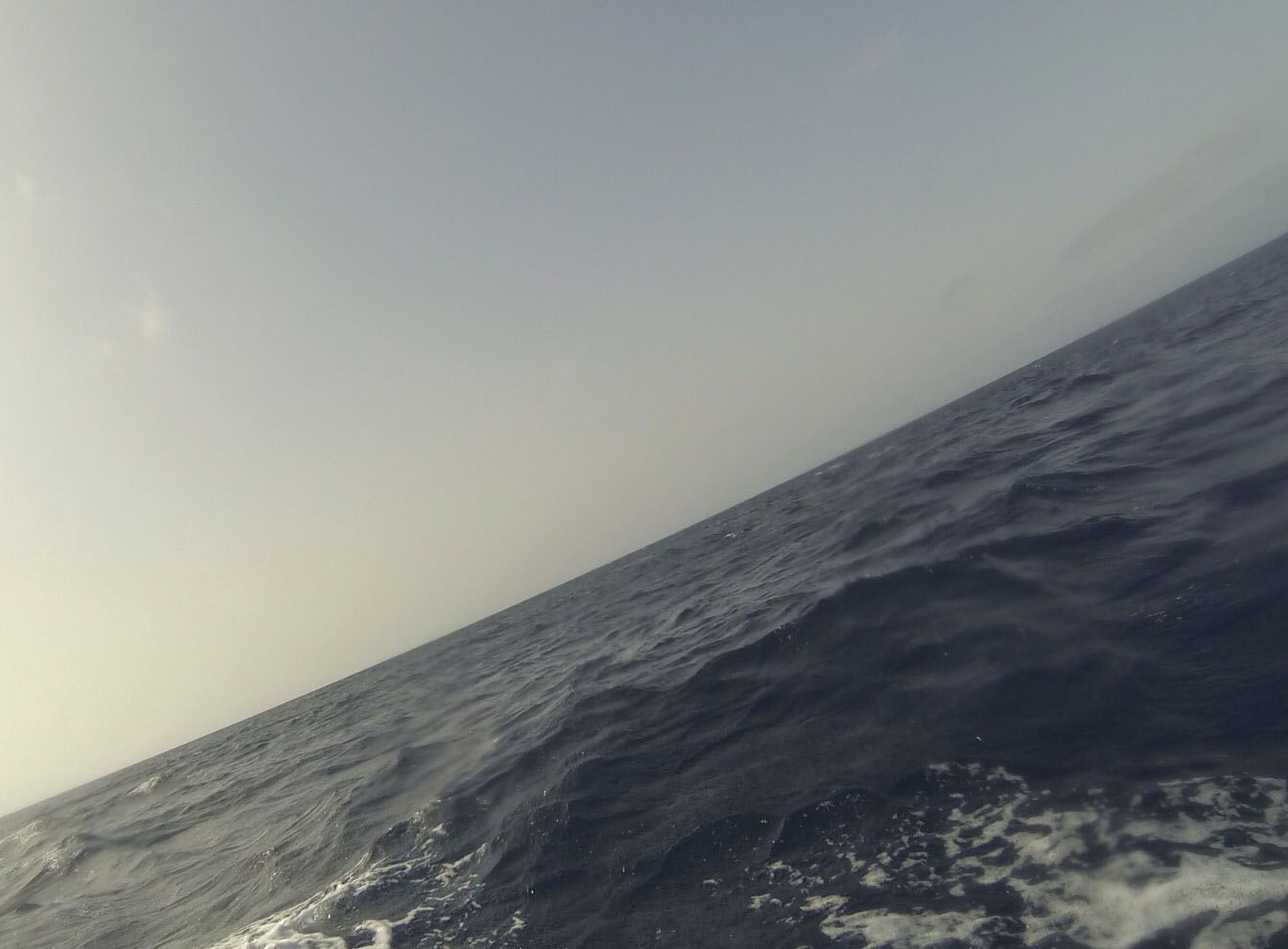 Being seasick on a small boat on a large ocean with no chance of stepping off is terrible! I threw up 7-8 times until I had nothing left in my stomach. Alex, who happens to be a Red Cross volunteer within first aid, did his best to give me fluids and a little something to eat. But it would only be projectiled out of me a few minutes later. What was the point of this?!! 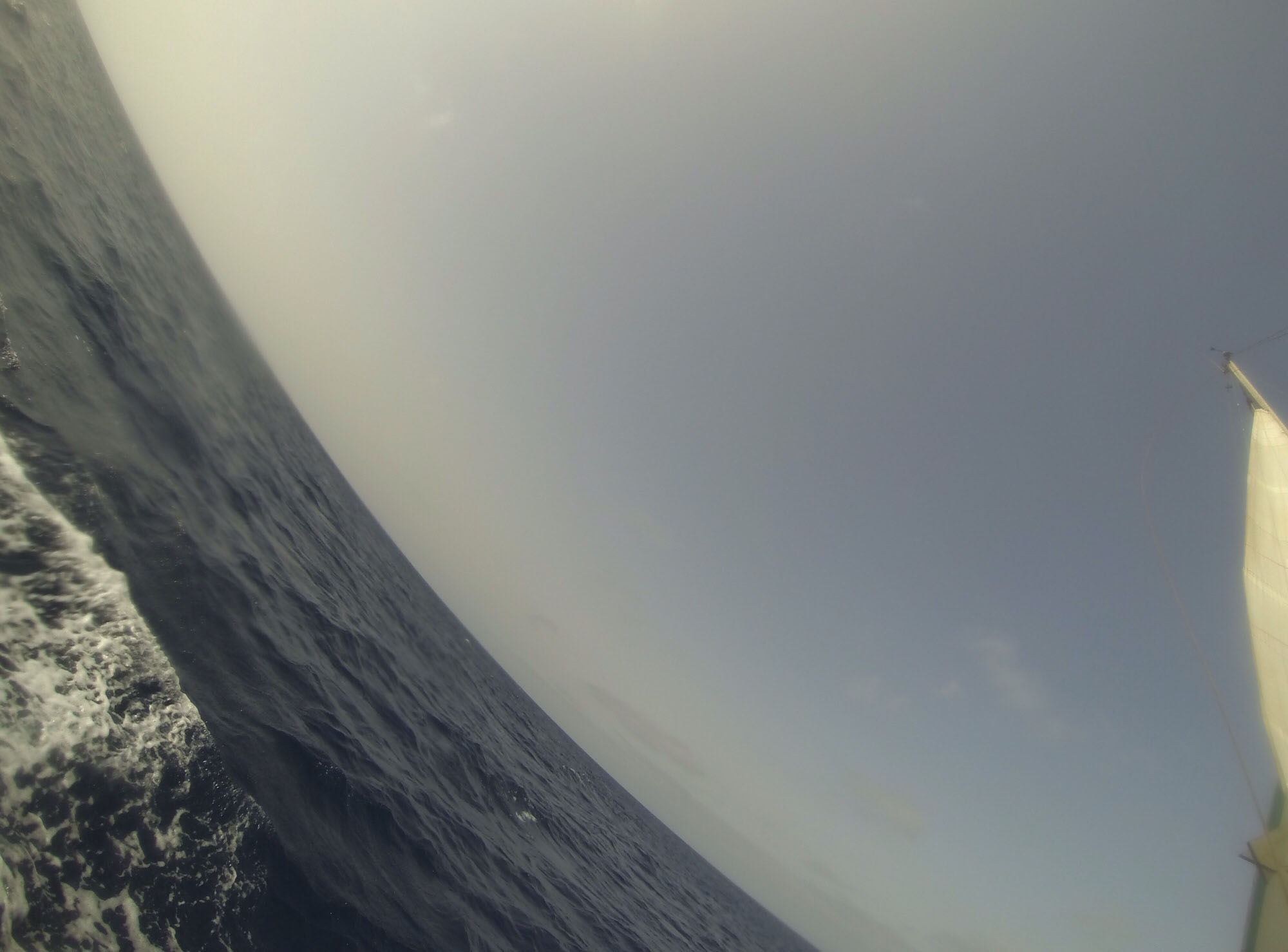 I tried to sleep. But I had to stay outside. There was no way I could manage to move inside. Every 5-10 minutes I would get up and lean over the side while staring into the ocean. There were dolphins. They were following the boat on both sides I presume. My main focus was however not observing those magnificent creatures. My focus was on not hitting them as my insides were being turned inside out. As my stomach was now empty for food it only got much more painful as my body came up with harder cramps and started pumping up acidic stomach fluids. The taste of that is repulsive!! My teeth felt hairy. The boat kept rocking. There was nowhere to go. I was so tired. Please! PLEASE!! Please let me sleep for a few hours!! 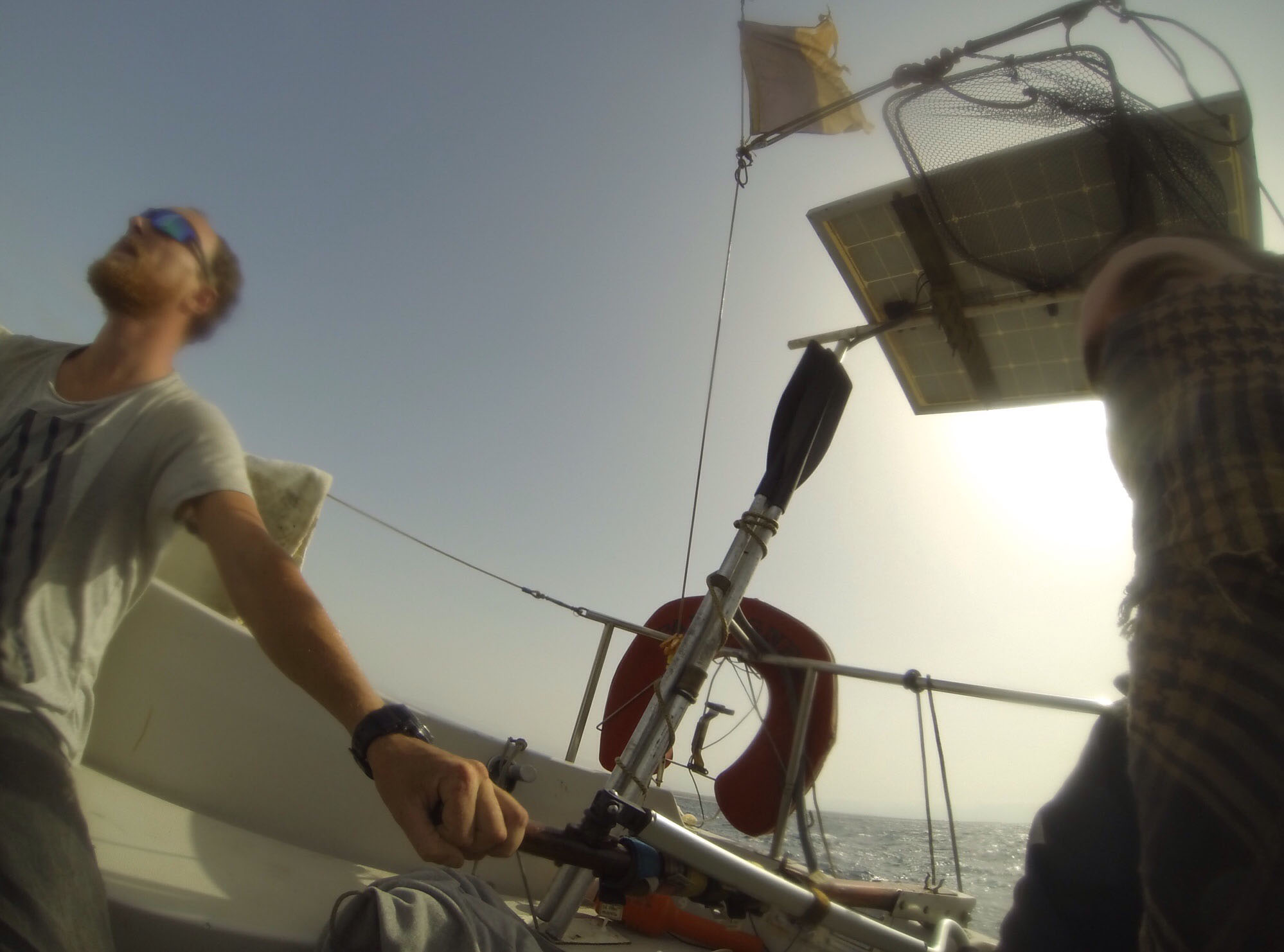 Having turned my stomach inside out around 20-25 times during the first 24 hours of sailing I had long ago lost the strength and will to wash my face or rinse my mouth. Besides, at this point throwing up was basically just a few minutes of contractions and cramps and some spitting since I had NOTHING left inside me. It makes you crazy. It brings you to a breaking point. It continued for another 24 hours...

I had to get off the boat!! HAD TO! But then I would drown. Was drowning better? Perhaps. Anything but this. Alex would check on me. I would apologize. He told me there was nothing to apologize for. Alex took good care of me. I couldn't eat much. I could hardly drink anything. Pain started growing from one of my ribs on my left side. I could hardly lye on my left side for much more than 4-5 minutes before it got too painful. "Alex, how far do we have left?" "We have about 2 more days..."

Once in a while the ocean would splash up some water on me. I divided it into 3 categories:
1) Half a glassful
2) A glassful
3) A bucketful of water

I could handle 1 and 2. But it got very cold at night to lye there half awake and half asleep with wet pants. Then a bucketful of water would wash over me. Will this ever end? I felt how my organs were systematically shutting down. I felt it. Although some of it must have been in my mind. 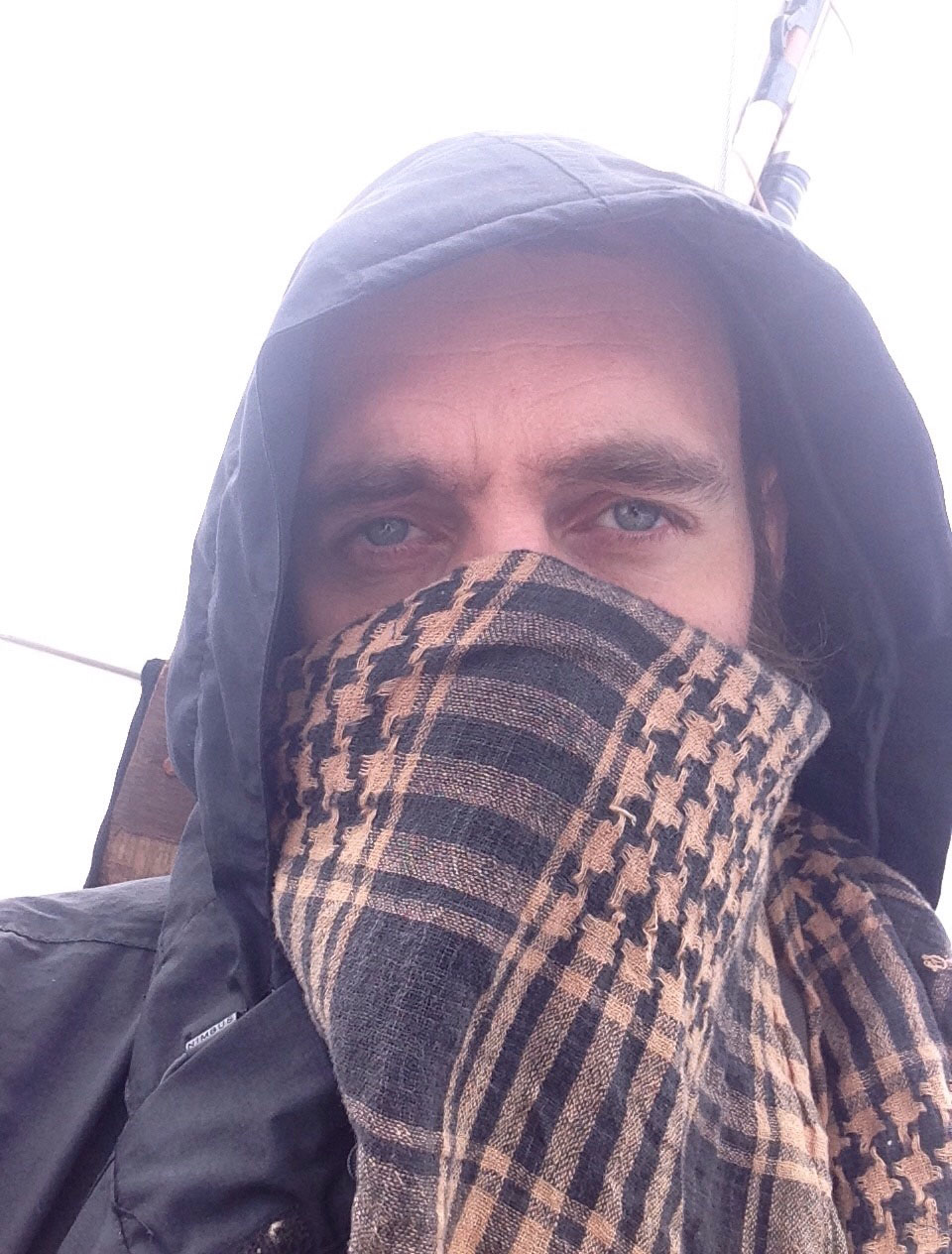 The sun was relentless during the day. But it would dry my clothes until the next bucketful would hit. I fell asleep for a few hours with a sweater covering my eyes... but not my lips. My upper lip grew to twice its size and filled with fluid. Great... Why exactly was I going to Cape Verde? 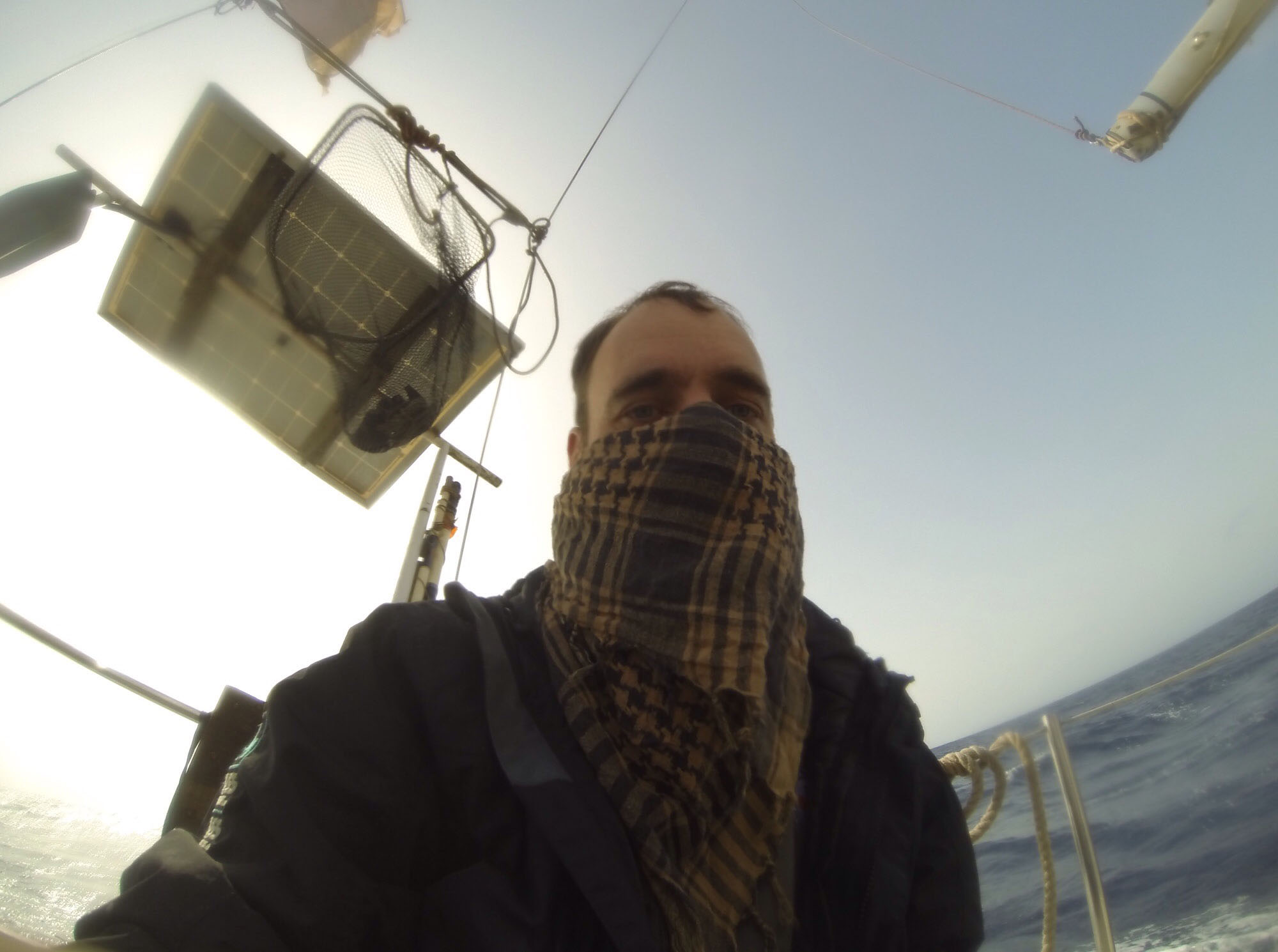 Finally day and night had shifted enough times. I had no idea which day it was. Or which planet I was on. But Alex said he could see land. THAT was great news! But I had no strength to lift my head and have a look. Over the past 4 days I had only had 270 grams of blended fruit which I had squeezed out of a soft container and into my mouth in small portions. In addition I had a coca cola and a few mouthfuls of water. 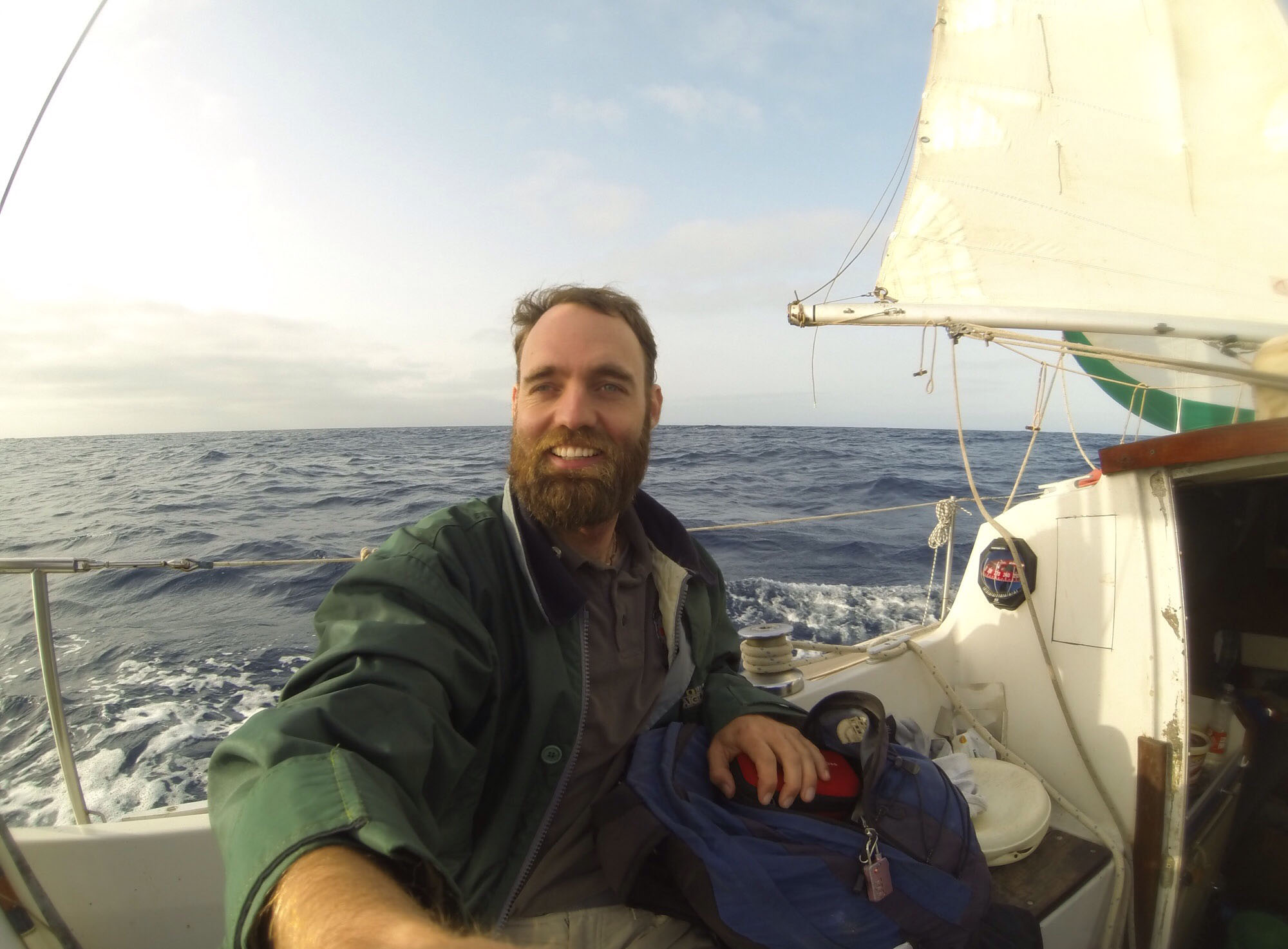 Later that day I had found the strength to sit up. I was looking at Cape Verdes volcanic islands which reminded me of approaching the Faroe Islands or Island by ship. I told Alex that I had pretty much thought of every type of food I had ever had. I had been in pain, and still was, from lying uncomfortably down for 4 days straight. I told him how I had been thinking about how many children my girlfriend wants? I had been thinking about how family and friends came to see me in Germany before I left to explore Africa. I told him about the many things I had running through my mind during the past 4 days... including that I would need to go back again! 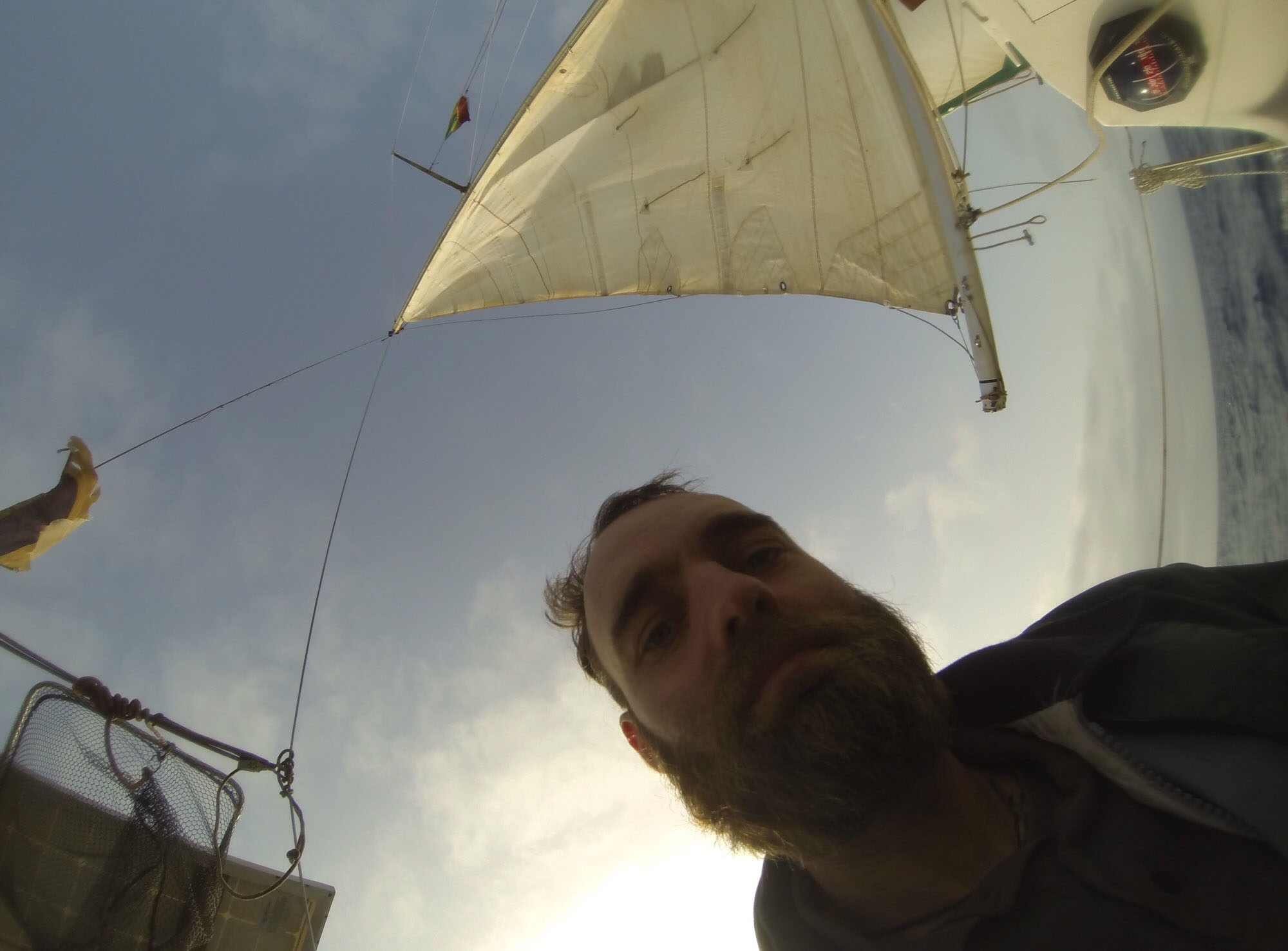 Alex replied: "The ocean teaches us much about ourselves. It shows us our limits. And in hard situations we often think about what is most important for us".

Cape Verde
The irony of finally arriving and being able to leave the boat might have been that now my body was used to the ocean and I felt like I could cross the Atlantic. But I surely didn't want to! I wanted some energy. I wanted some good food! We left the boat in order to go and meet with immigration. I couldn't believe how weak I had become?! I would walk a few hundred steps and then stop... completely out of breath. As if I was trekking in high altitude. Unbelievable. We stopped to get a cheap toasted sandwich and a soft drink. It gave me some energy back. I thought to myself that my body had never been this clean before (on the inside). 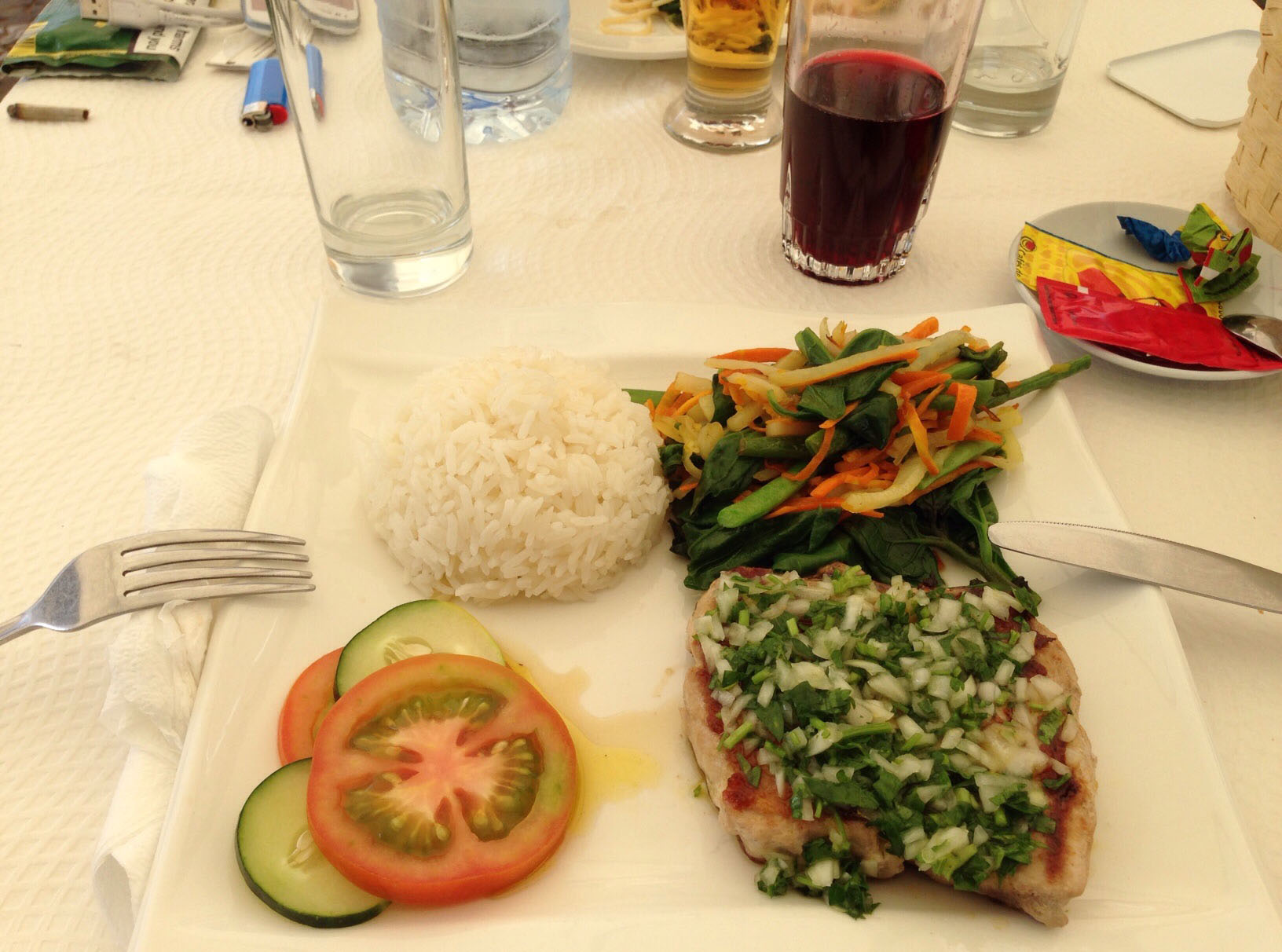 I spent the night onboard Alex' boat. My first night in a bed for what felt like a very long time. The next day I had breakfast and then jumped into the ocean to clean myself. I could have burned my clothes. It's been a few days now and I don't feel like I have completely regained my strength yet. But I'm getting there. 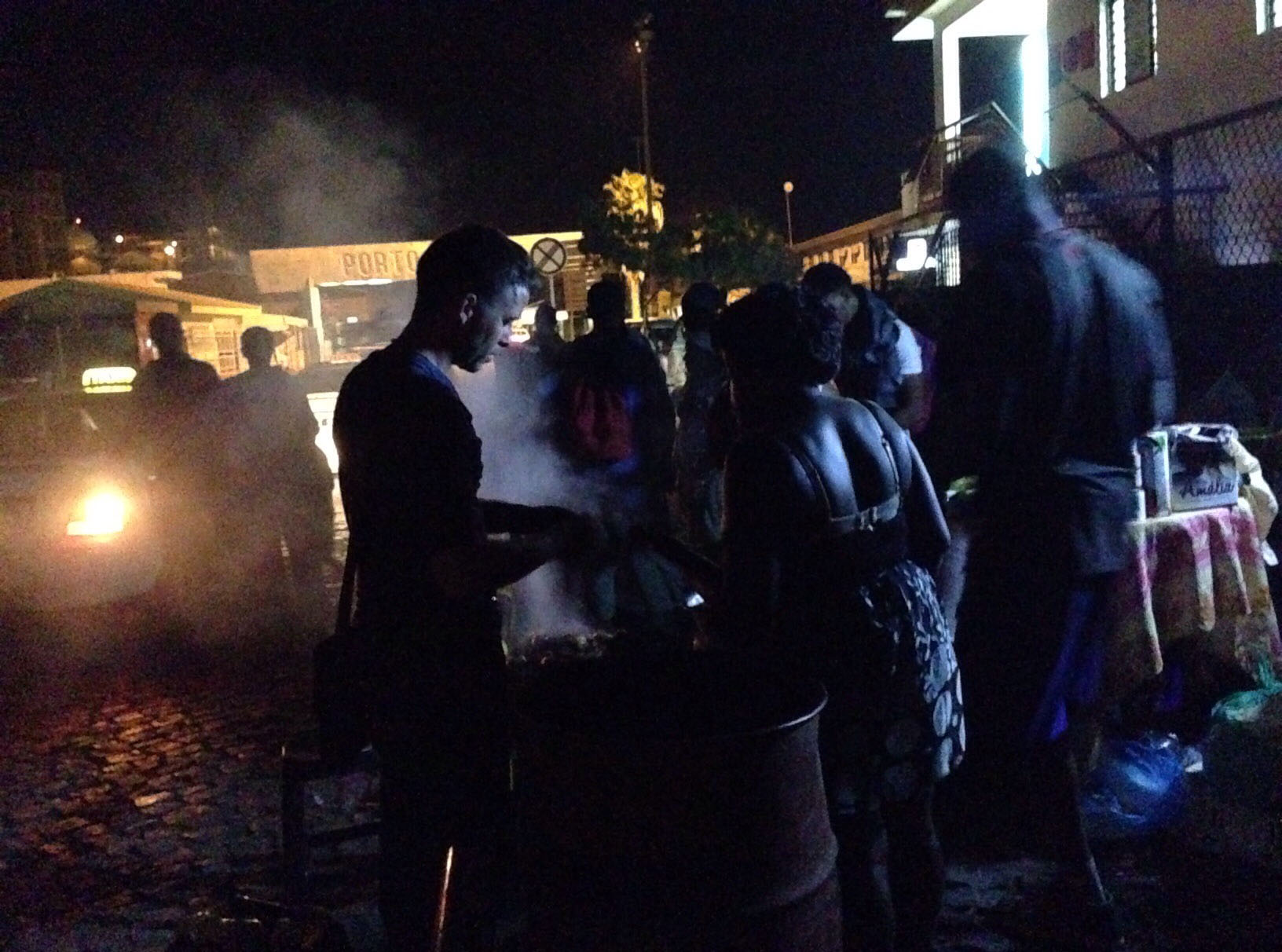 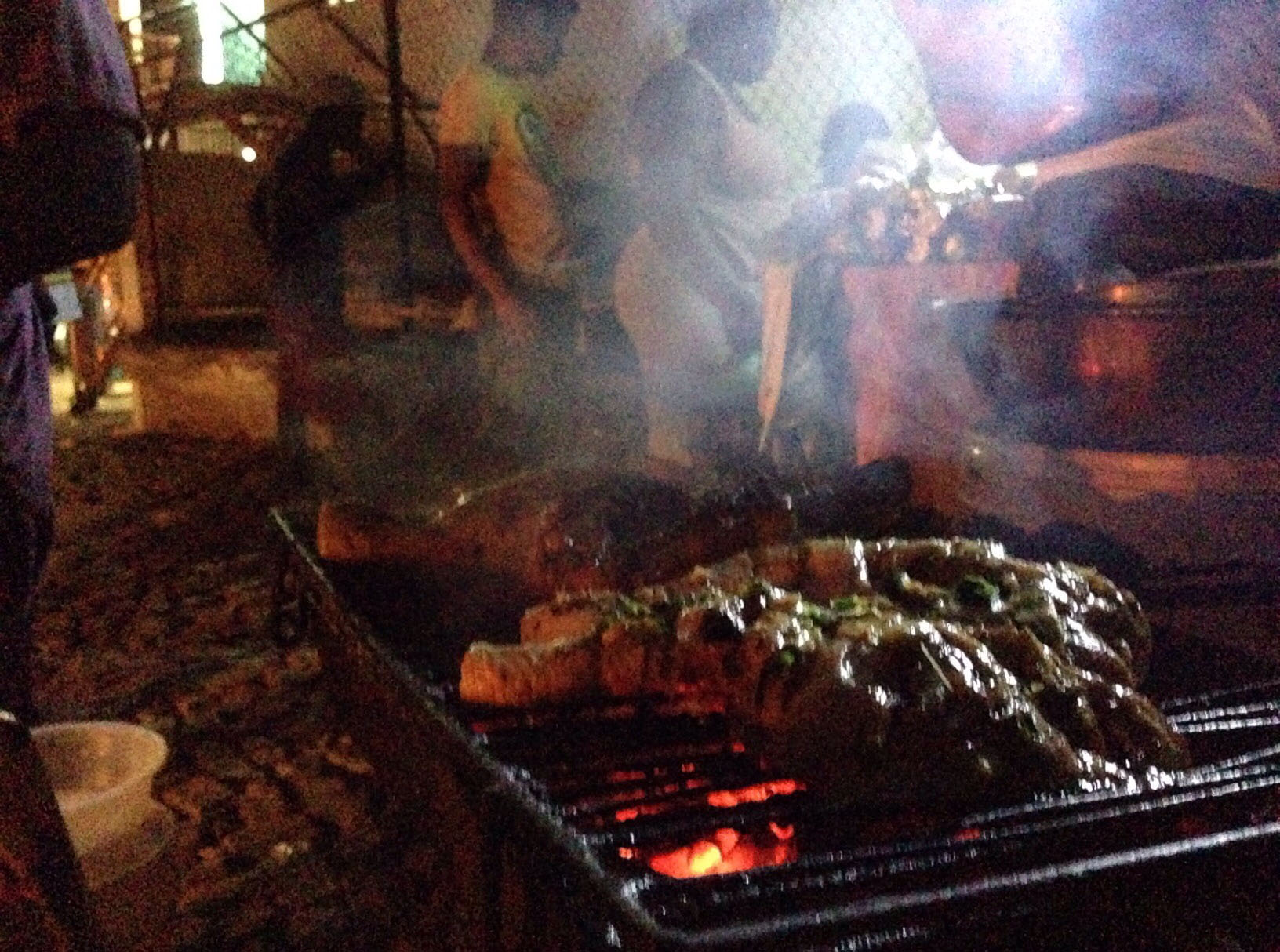 At a first glance Cape Verdes capital, Praia, is a simple place. But once you venture inside, it unfolds. It is an interesting place which offers a lot of mixed cultural expressions. In spite of the rough "road" to get here I am very happy to be here. It looks to be worth it. It also looks like I will be here for longer than I bargained for.

Best regards
Torbjørn C. Pedersen (Thor) - back on an island.