Why we’re stuck in Hong Kong and other fun subjects

The Spanish-American philosopher George Santayana (1863-1952) observed that "Those who cannot remember the past are condemned to repeat it."

It often does seem like history is folding back onto itself. This is certainly not our first pandemic and the world is met with many of the same reactions as those recorded in the past. We know for sure that life will move on and the pandemic will come to an end. That is just a simple question of time. But how much time? The Delta variant is a sneaky bastard! Well, it isn’t…it is just living out its life cycle in a time where the world is suffering from severe Covid-19 fatigue. “It is just a flu” some people say. Not really though? Flu season is at least once a year and never overburdens our healthcare systems. Sneaky or not the Delta variant is now winning territory and humans are losing. I’ve been in touch with Marc in Vietnam who told me that they have been in a tight lockdown for some time now. Vietnam is a few countries west of Hong Kong. South Korea is a few countries east of Hong Kong as they are reporting multiple cases of the Delta variant. Mainland China borders Hong Kong to the north and has been infested with the Delta Variant. Australia is very far from Hong Kong and a country which is notoriously strict on stopping foreign insects, spiders and micro-organisms enter their country. They have also fiercely guarded Australia from Covid-19 with strict lockdowns, closed borders and mandatory hotel quarantine. Australia is also geographically isolated and relatively sparsely populated so surely, they have been able to keep the Delta variant out – right? Nope, it got in there too. I think that is the red flag! If it got into Australia then it will travel anywhere. In a very dark attempt to utter something humorously one would think that Covid-19 should receive the title ‘traveler of the year’. 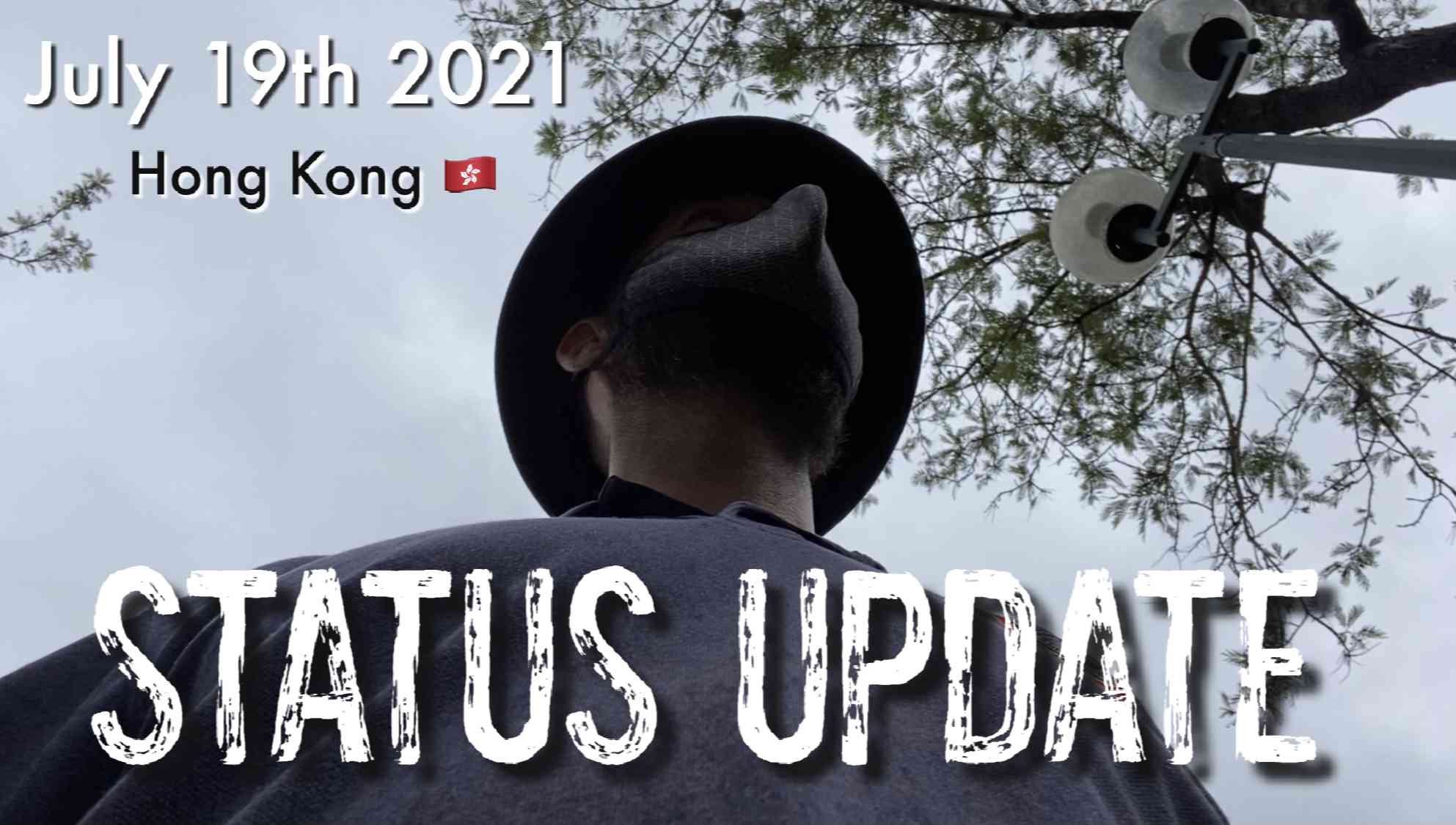 Click on image or HERE to watch the status update.

It seems that 27.5% of Hong Kong’s population has been fully vaccinated now. It blows my mind that an efficient and developed part of the world such as Hong Kong doesn’t have one of the worlds highest vaccination rates. Experts say that we need at least 70% of the world to be vaccinated before we can obtain heard immunity. Hong Kong; wealthy, developed, educated and with a population of only 7.5 million beating hearts: 27.5%?! The first in Hong Kong to get vaccinated received their first jab in February. I received my second dose on April 7th 2021. The Delta variant will run through Hong Kong as a wildfire. And then the next variant after that…

Hong Kong observatories app is a good thing to have on the phone. On one day we had a special announcement on flooding in Northern New Territories, a thunderstorm warning, an amber rainstorm warning signal, and a strong wind signal, No 3 / tropical cyclone warning bulletin.

Well, that annoying virus isn’t all we have to deal with. The weather seems pretty crazy? Record-breaking high temperatures in North America and severe flooding in Europe and China just to mention a few. Then there are the manmade disasters such as armed conflict and lately an increase in abductions in Northern Nigeria. I really like Nigeria and hate to see them suffer. I find that what’s going on with the abductions seems to be “Somali Piracy on land”. Groups of former farmers who have been struggling to make a decent pay with their crops for ages. They have now been tempted to abduct schoolchildren for ransom money as it pays far more. In Somalia it was fishermen taking ships for ransom. Two different parts of the world, different cultures and different scenarios. Yet, I still see some similarities. Desperate people do desperate things. The cure must be to stop people from getting desperate in the first place. 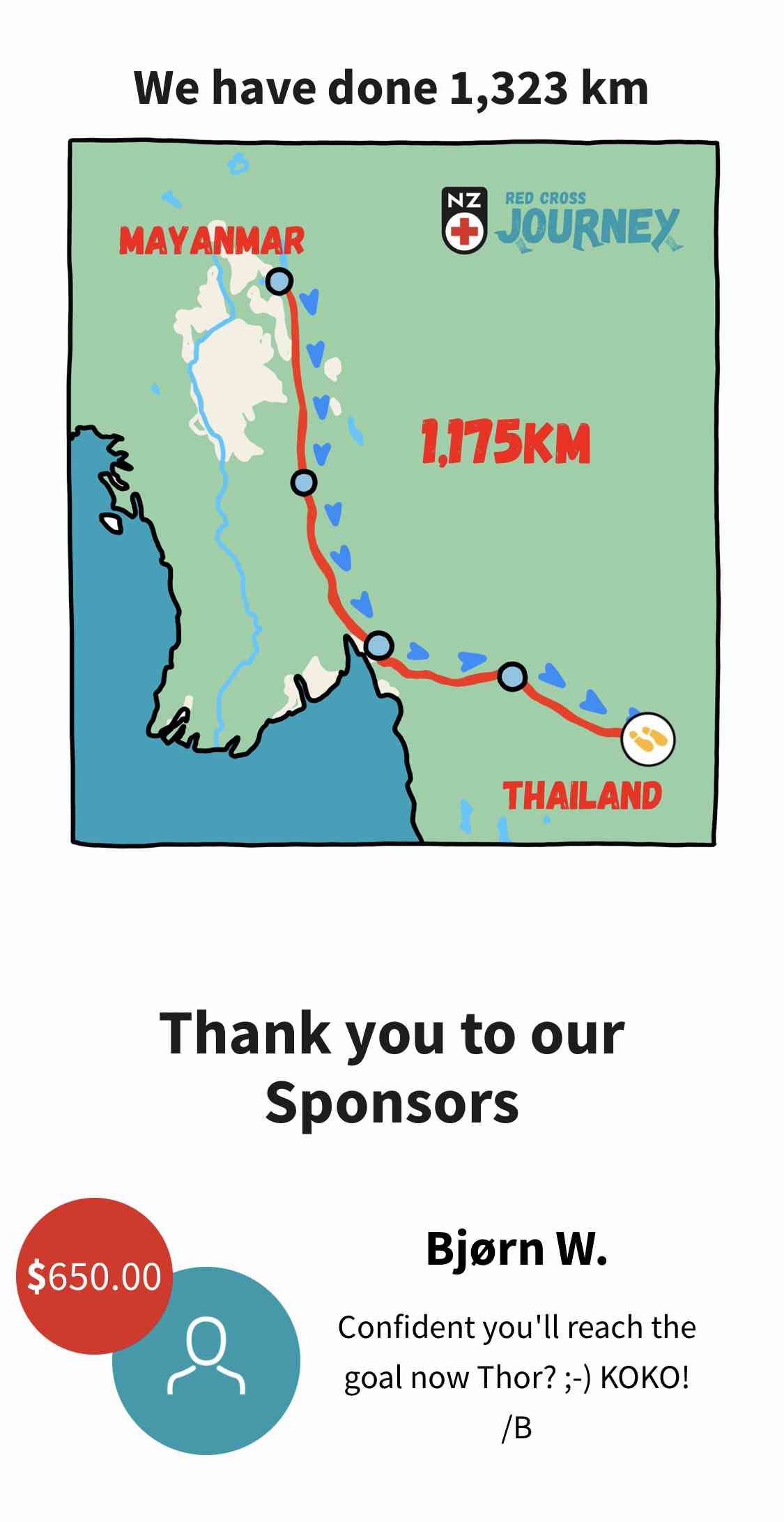 Thank you for putting us over the top!! :)

Ah yes – and the humanitarian work of the Red Cross and Red Crescent around the world did not stop when the pandemic broke out. Nope. It just got harder. All the usual programs and activities continued with the added “bonus” of dealing with Covid-19 as well. Throughout July my friends and I have been involved in raising funds and attention for refugees and the work carried out by the Red Cross. Through team ONCE UPON A SAGA IN HK we have already covered the distance of 1,175km (730mi) and we have already raised more than our target of NZD 3,000 (USD 2.089). The challenge runs until July 31st so we have more time to spare. NZD 3,000 is a lot of money. But it is a drop in the ocean compared to the more than 20 million refugees we have in the world. Once Upon A Saga has more than 100,000 online followers and if everyone had donated NZD 1 (USD 0.70) then it would have been a splash in the ocean. But something which I know better than most people on earth is that people are just people. For good and for bad. People are closest to themselves, their friends and family. I think most people would help a refugee if they were faced with one. However, few people will help someone who pledges to help a refugee. Some of you did though. Thank you. 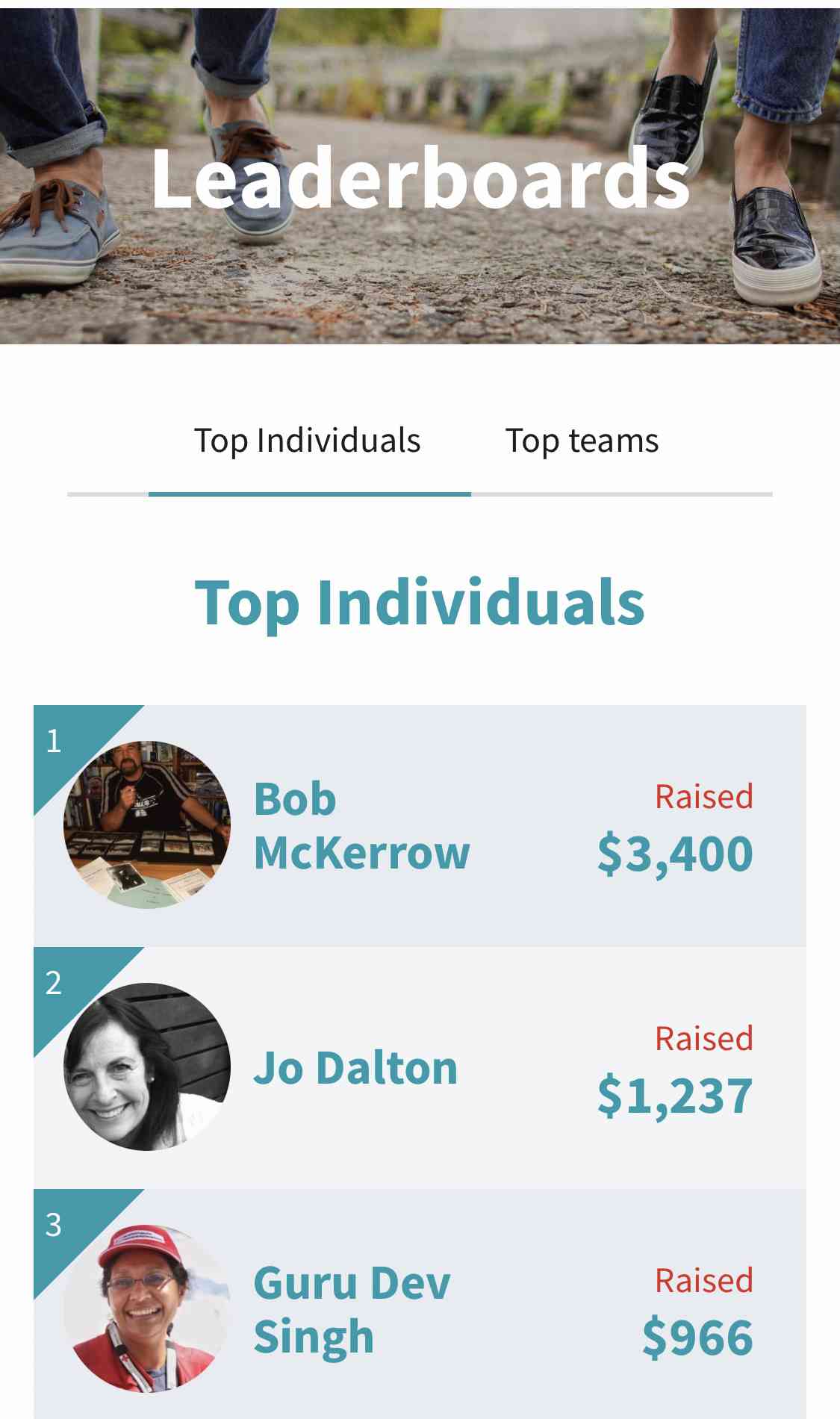 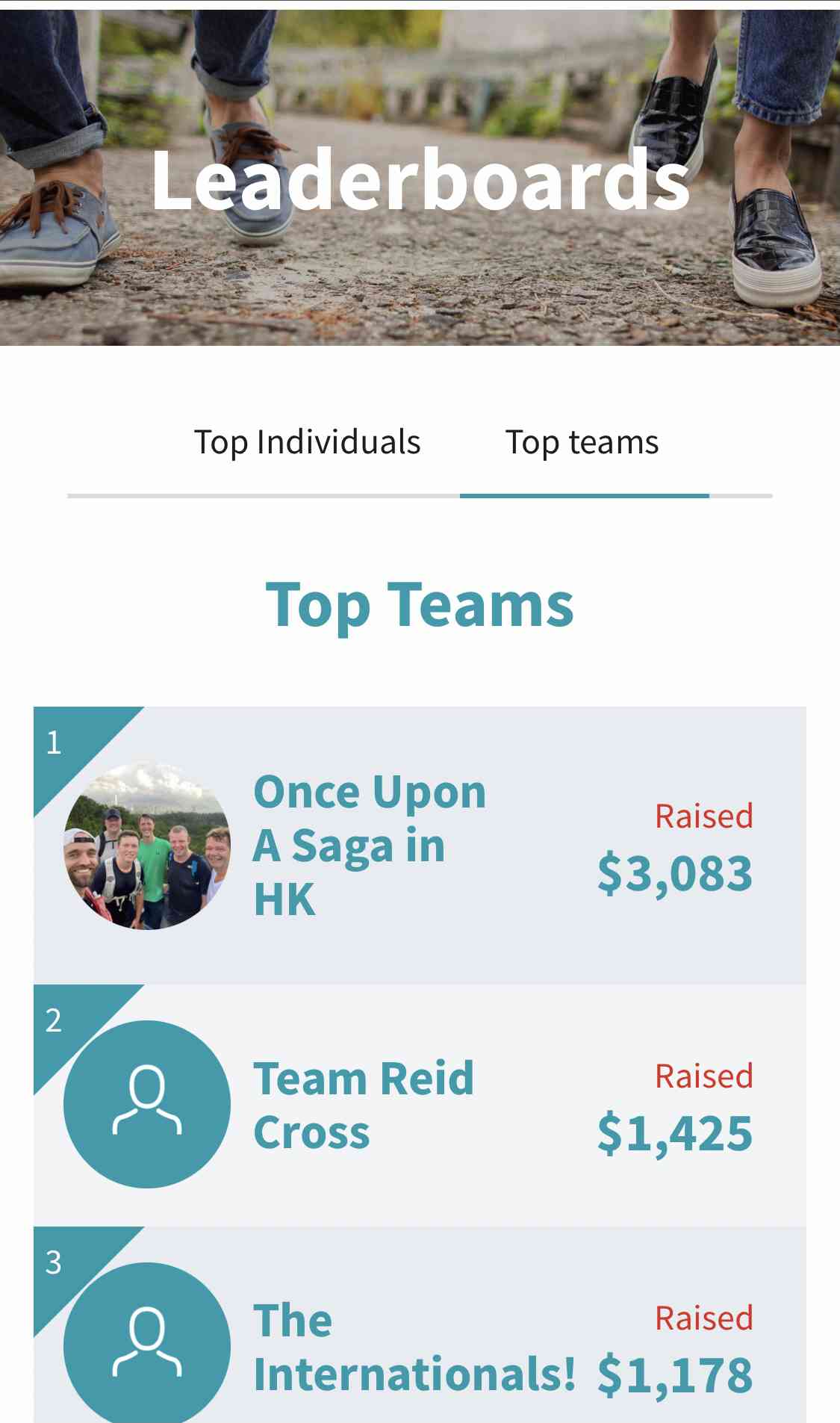 I am very proud of my team which has done absolutely amazing!! Fifty-seven generous people, some anonymous, have contributed to raising the money. Eleven of them were on my team! I would love for us to raise much more but I do understand that people have their limitations. Bob McKerrow is raising funds as an individual. He has already raised NZD 3,400 – as an individual! Bob is aiming for NZD 5,000 and is quite the character. I had to check him out and he is the kind of man I hope to meet some day. You’ve got to look him up! 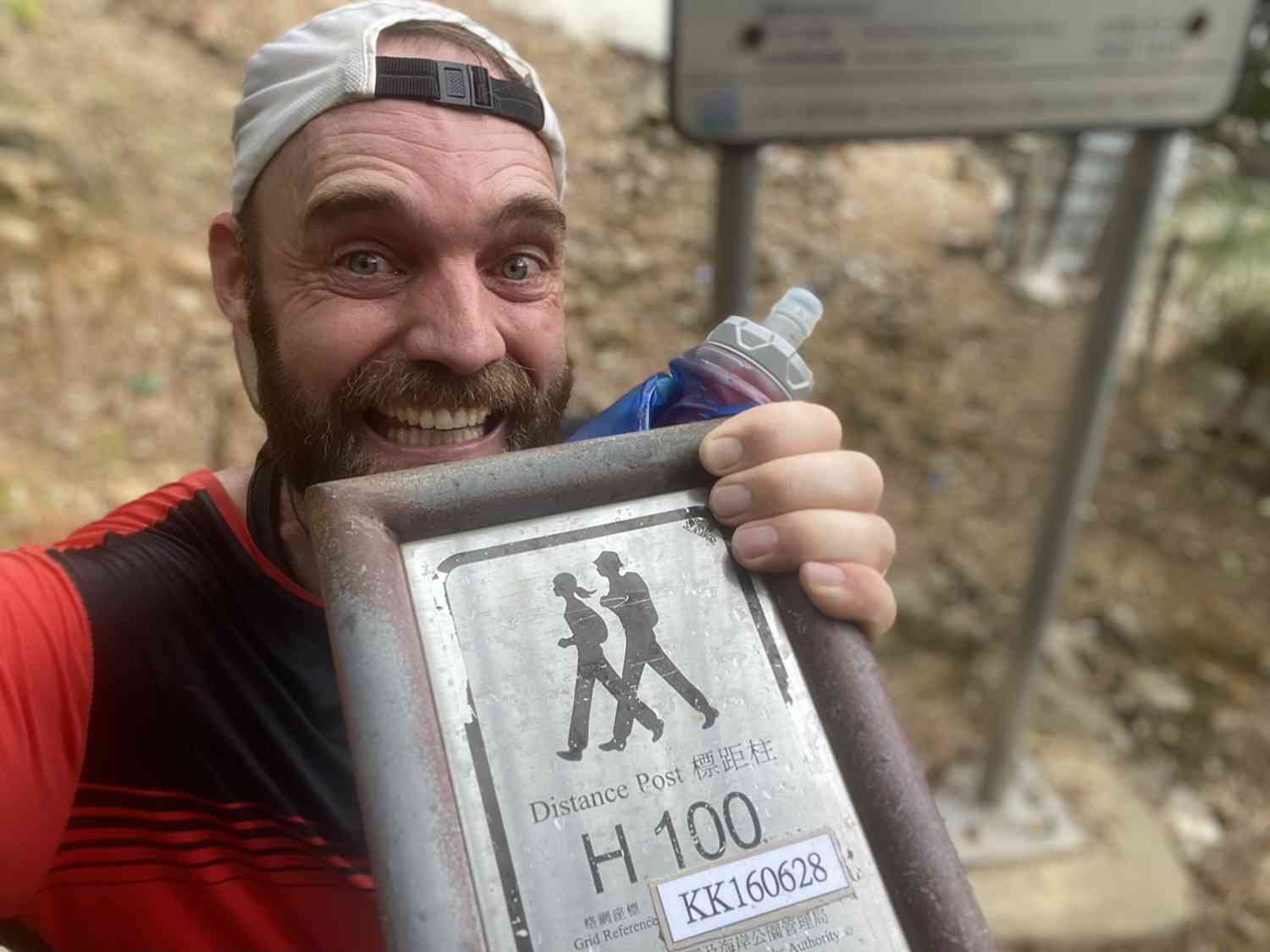 Well, in other news I’ve been feeling down for a few days. Tuesday and Wednesday especially. It could partially have been from physical exhaustion as I pushed myself hard last Friday and made a personal best on the Hong Kong Trail. I have set myself the goal to get under six hours across the mountainous ultra-distance trail but had to accept that it was too risky during the summer given the heat and humidity. Ultra-wifey and I did it together in 9hrs and 40mins while running a bit. My friend Anders and his trail partner Carsten managed the trail in 7hrs and 12mins by running a lot. Last Friday we had a thunderstorm and the temperatures dropped slightly. There was also no direct sun which also helped me. I made it through the trail in 6hrs and 42mins which even had an athlete friend of mine, who usually mocks me, tip his hat (given the high temperatures). He himself has won a race across the Hong Kong Trail in 4hrs and 18mins. I suspect a lot of Salomon athletes could do it even faster. The fastest known time is a whopping 3hrs and 26mins, which is just insane! Yeah – so I was feeling down. It happens sometimes. I have a lot on my mind and while some things are going my way a lot actually isn’t. I’m sure as I someday return home and get distance between this journey and myself, I will eventually look back at it, and wonder if it was really all that hard? I might even miss it someday. I’ll tell you this: it would be so easy to through in the towel. It would just be impossible to live with. 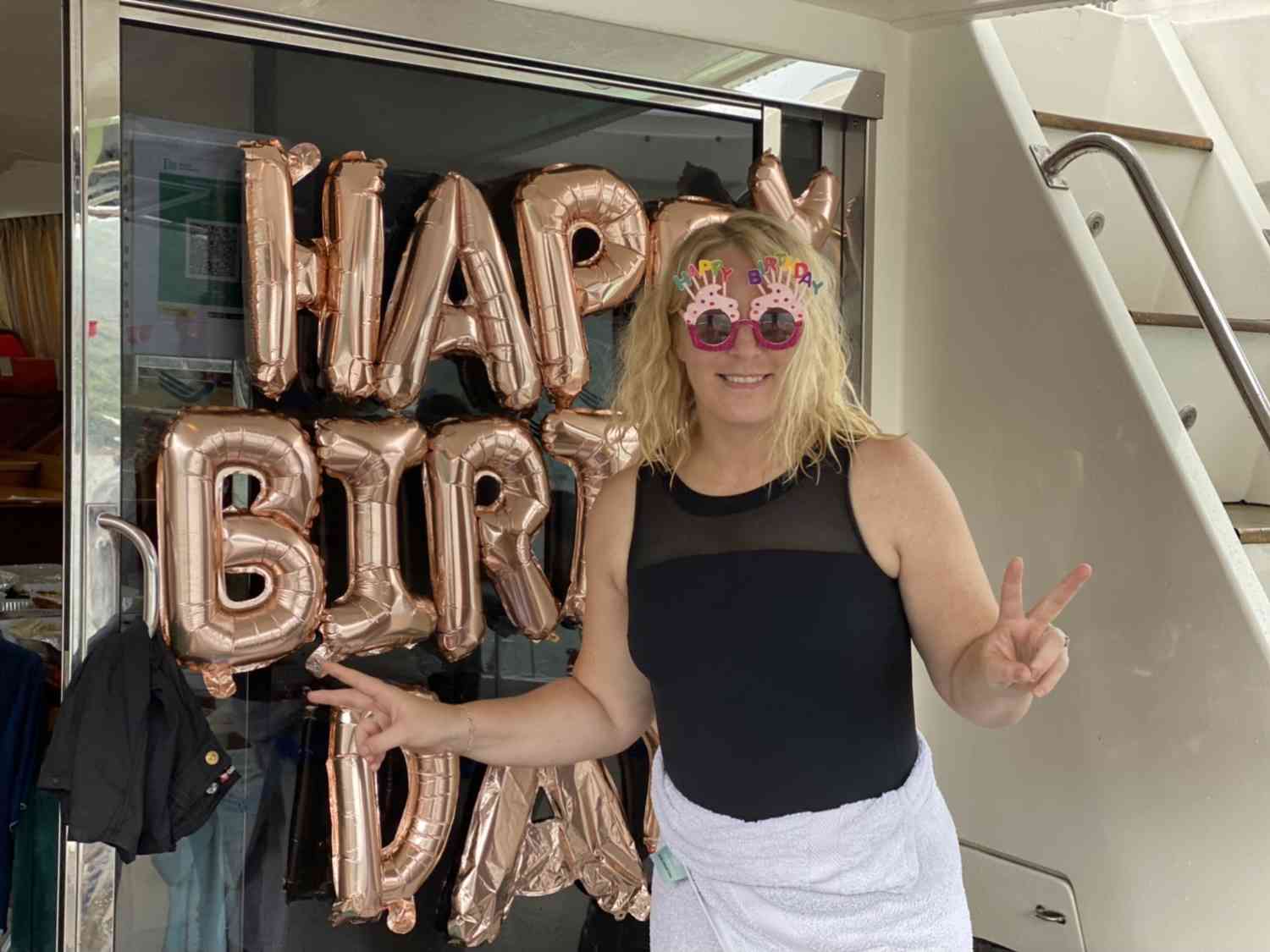 Anyway – this week has once again been productive. Several interviews across several continents. A lot of administrative work. I finally released yet another video-status-update. I managed to back up the 2,678 videos 60GB I have stored on my phone. Emails keep stacking up and I have some way down to the bottom. Neither the logistics or the bureaucracy of the Saga is light work. The Danish Seamen’s Church and Church Abroad (Danske Sømands- og Udlandskirker) have extended my contract for my work at the Danish Seamen’s Church in Hong Kong. That’s a good thing as without it I don’t know how long I could stay in Hong Kong before I got deported (through the airport). The job certainly has its moments and I enjoy servicing the ships and writing with the captains. July has been the busiest month for a while with more than twice as many ships than June. The weather in Hong Kong has been wet for a while but we’re now back to blue skies and hot weather warnings.

Stay safe and sane out there. And make the best of your days like I said in the video ;)